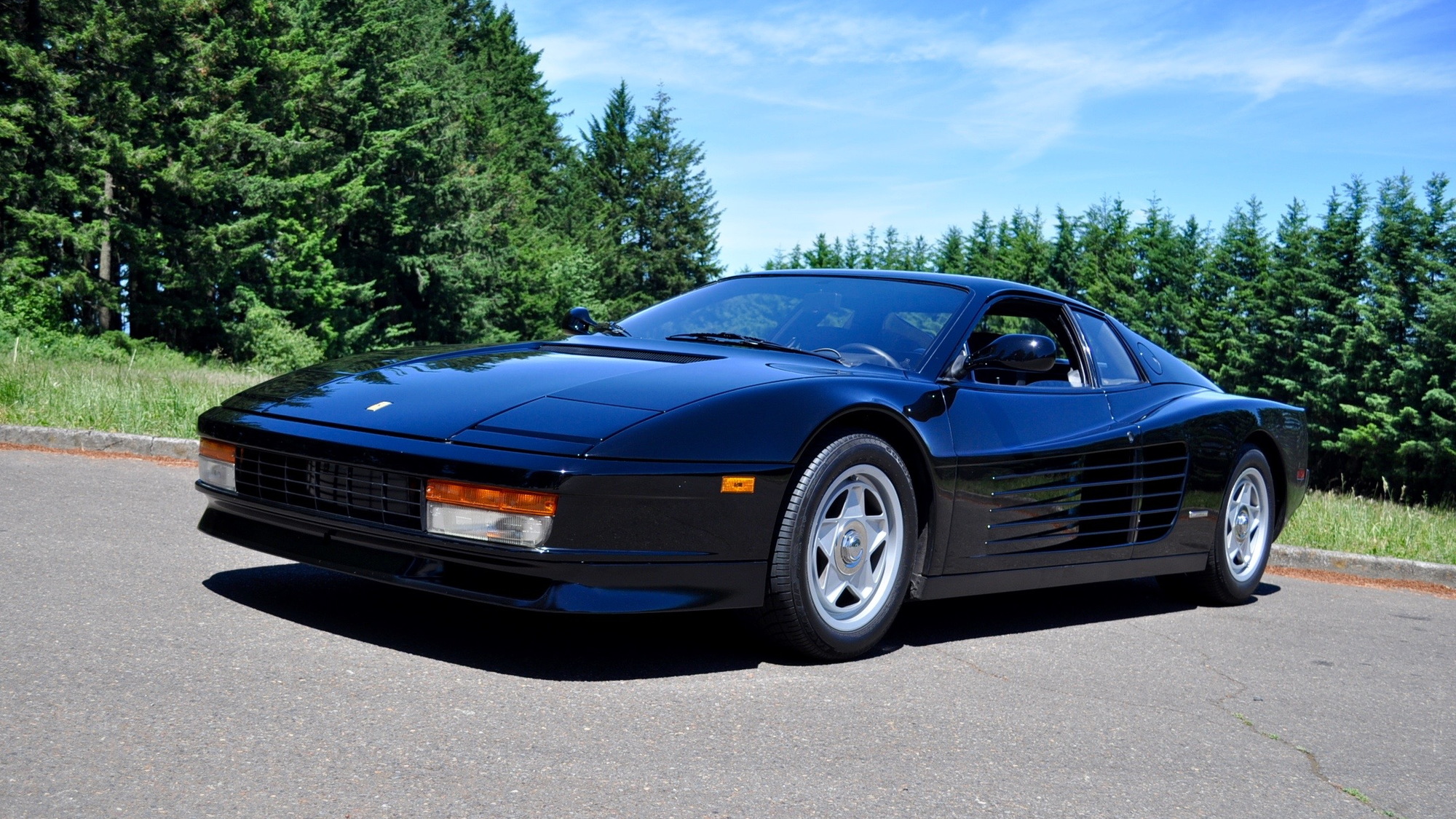 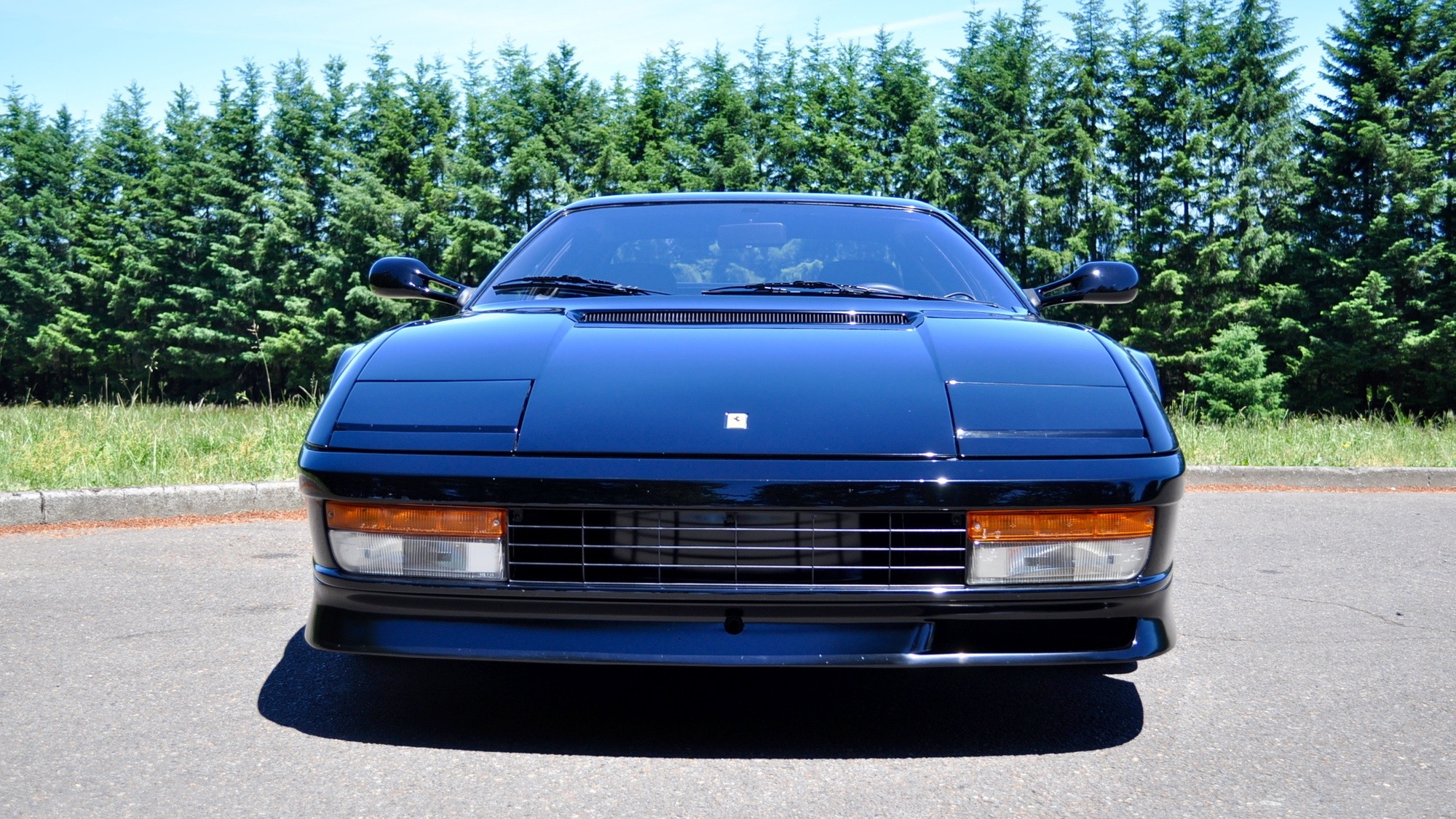 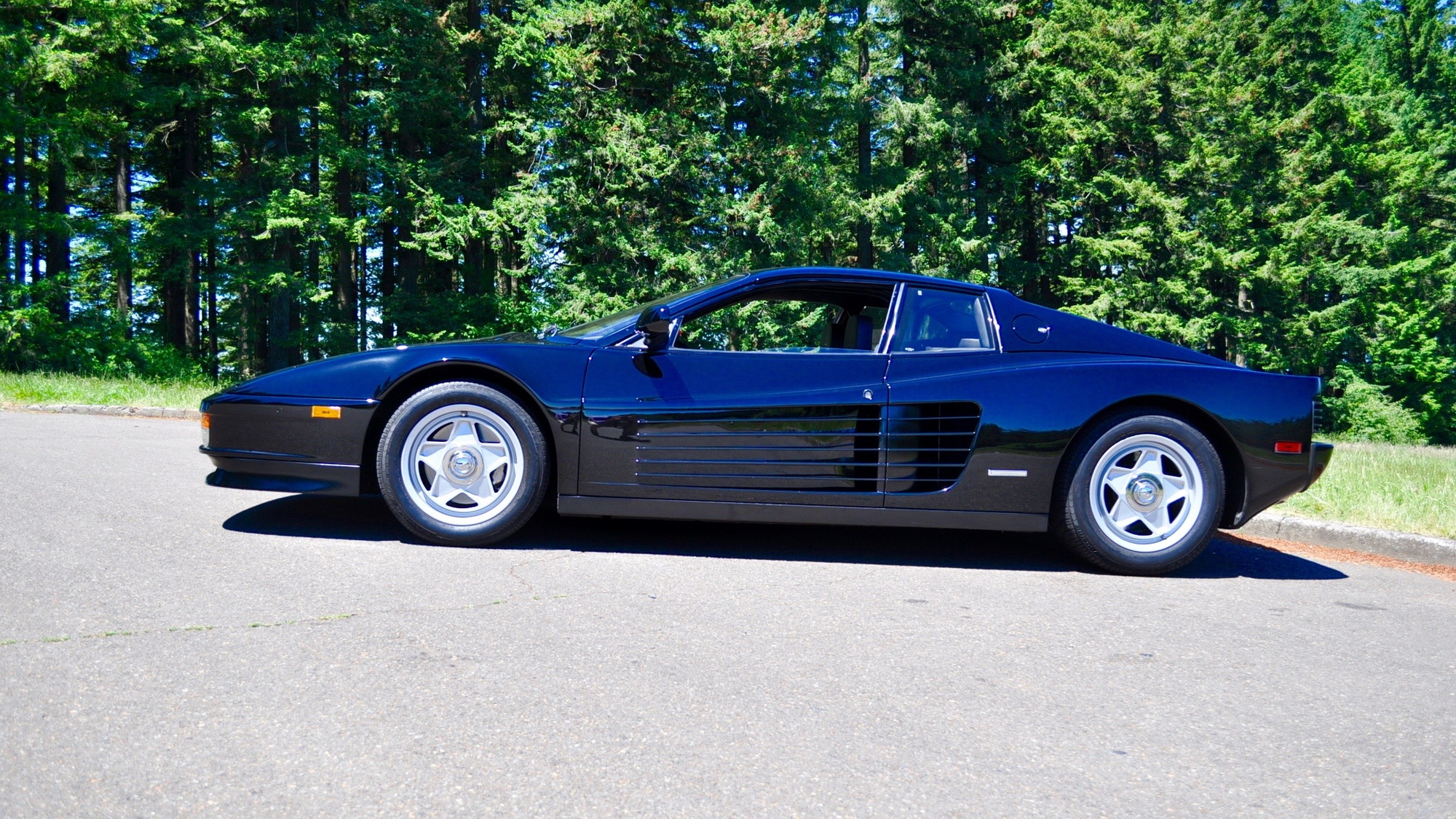 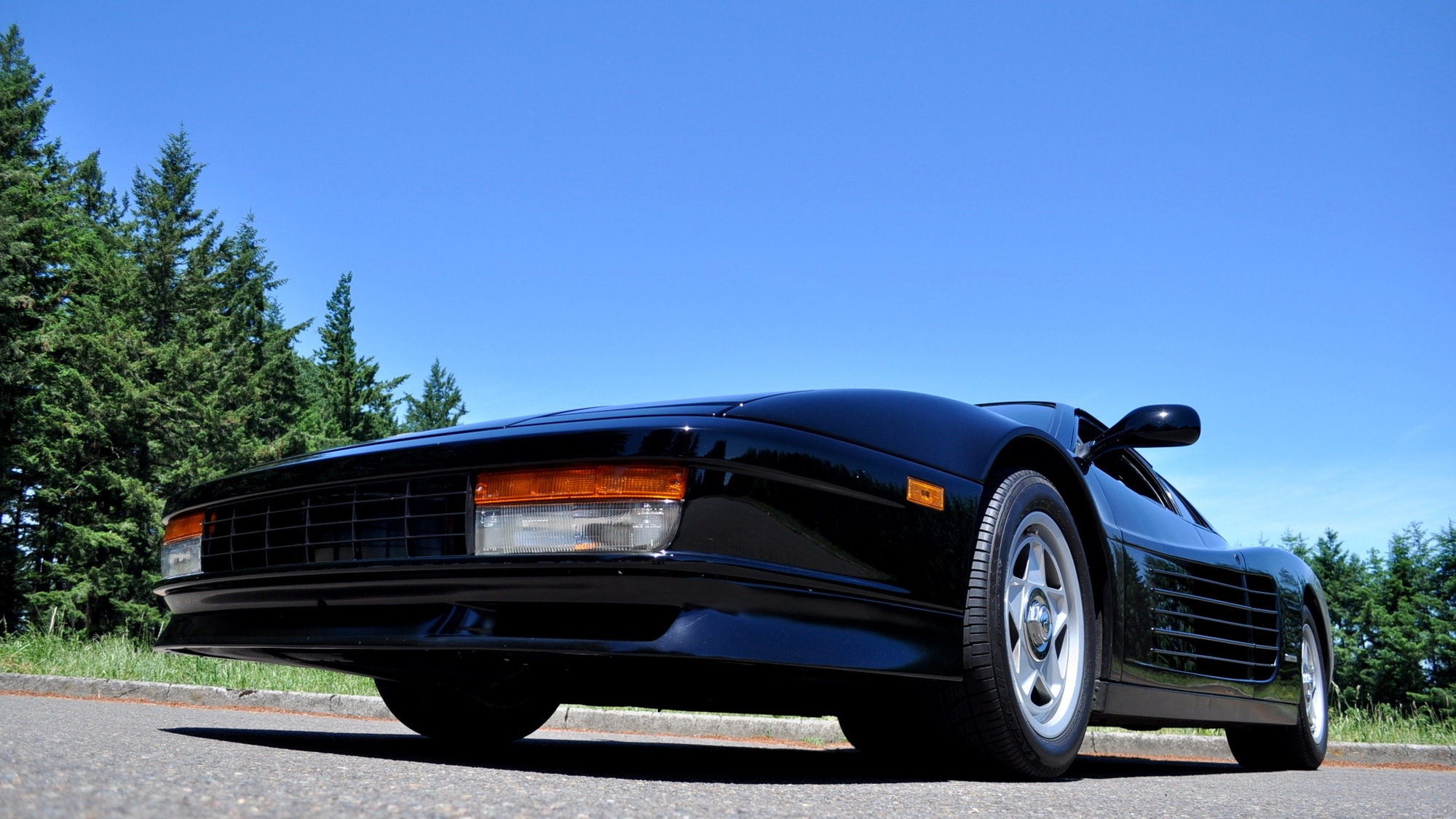 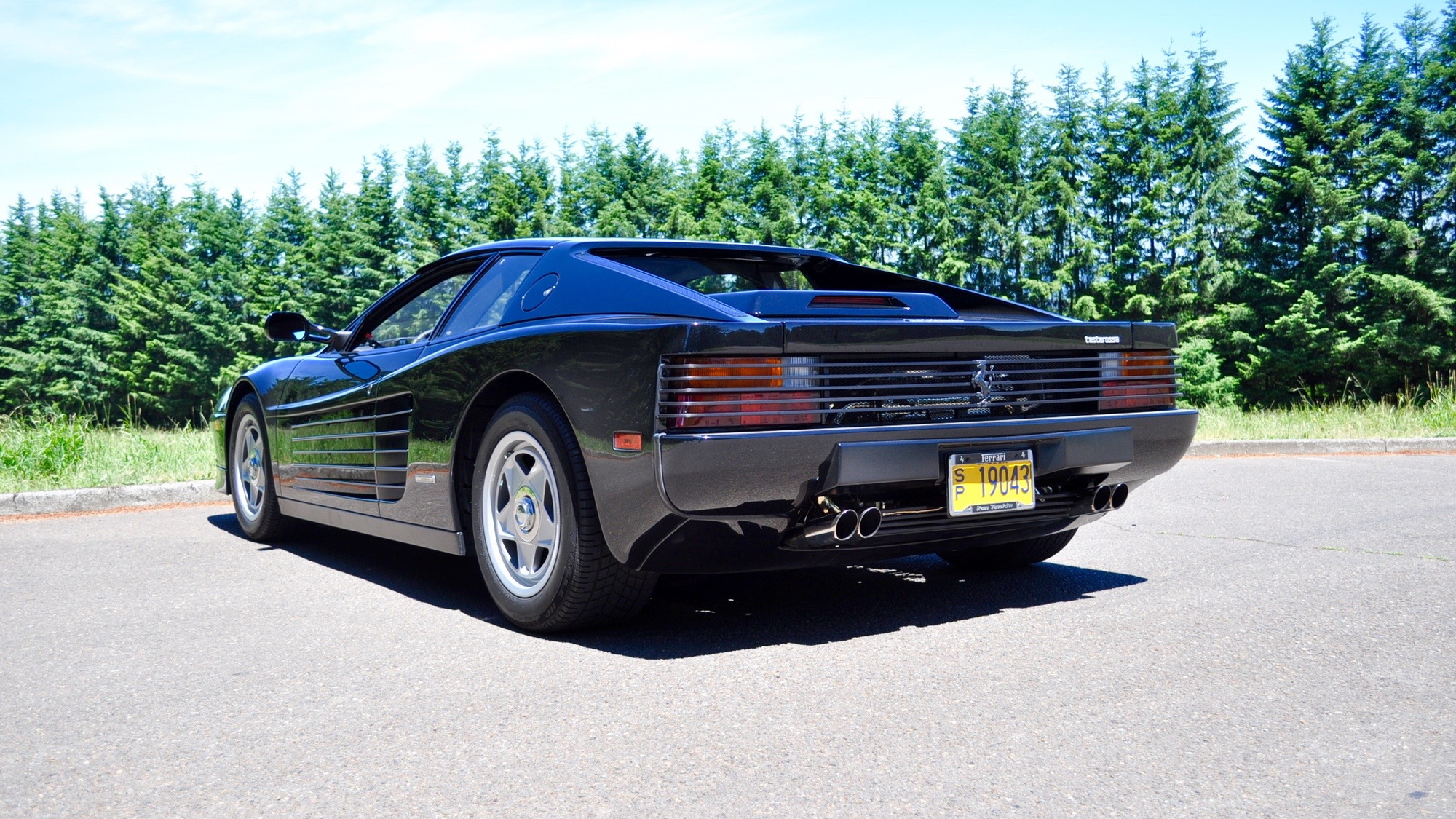 I'm a child of the '80s. This means many things, but in the car world, this means you likely had a set of Hero Cars hanging on your wall. For me, the list included the Porsche 959, McLaren F1, Lamborghini Countach, Ferrari F40, and of course, the Testarossa.

They say you aren't supposed to drive your heroes. After 29 long years of living on this earth, I just drove one of my hero cars, the Ferrari Testarossa.

The Ferrari Testarossa superseded the Berlinetta Boxer, which was never actually sold here in the U.S. although a few have made their way across the ocean over time. It was penned by Pininfarina and produced from 1984 until 1991 with two final revisions after that. To some, it heralded the end of Ferrari's hand-built cars as it was much more mass market in feel, and quickly the most produced Ferrari of the time.

Some Ferrari faithful were turned off by the Testarossa's design. It was straight with basically no curves. They wanted to know where the sexy Ferrari design language had gone.

A lot of it was function-driven, of course. Sure the side strakes look awesome, but they are actually there to drive air into the side-mounted radiators. The radiators are mounted on the sides instead of at the front in an effort to not pipe that air around the car, as in older models it ended up flooding the cabin with hot air. The "knockoff wheels" (single-bolt) were hallmark Ferrari stuff, but for the 1988.5 model year they were redesigned and went to the Ferrari five-bolt pattern. This too angered Ferrari purists, naturally.

In the '80s, hitting 0-62 mph in 5.3 seconds was no joke, and the Testarossa does just that. This is thanks to a mid-mounted 4.9-liter flat-12 engine rated at 390 horsepower and 361 pound-feet of torque. Power is sent to the rear wheels through a five-speed manual transmission and limited-slip differential.

This particular 1988 Ferrari Testarossa is completely stock outside of a Capristo exhaust system. It's all-original with just over 17,500 miles on it. A master Ferrari tech just did a full engine-out service and replaced most of the rubber and belts, did a full tune-up, plus a laundry list of other necessary maintenance items.

Let's be honest, I prepared for this. I even borrowed a beige linen suit from a buddy and wore a purple shirt with some buttons unbuttoned to show off some chest hair. The shoes? I went with boat shoes. Why did I actually pick an outfit to drive my Hero Car? Because, this car is so '80s, and I felt compelled to try and immerse myself in the experience.

They handed me the key and I instantly did a double take. To be frank, I've never seen—not to mention held—a Ferrari Testarossa key. It folds in half. Why? So if your knee hits bumps it'll fold away. Fun fact you can now challenge your friends with.

I walked around the car and took it all in. The '80s, it was this. The Miami Vice theme song started playing in my head. The few that knew this was going down wanted to know if I was going to pretend to have cocaine with me—to be clear, I didn't—to which I said, "Drugs are bad, man."

Open the heavy metal door and slide in. Your senses are suddenly overwhelmed by the smell of leather. It's everywhere. The dashboard's covered in it completely just like a decent portion of the door panels and center console. Naturally, the seats are leather. Swing in and you'll quickly note that the footwell narrows due to the front wheel placement.

Turn the key and electronics fire up. No, not navigation and Bluetooth, but first-generation electronic sensors, switchgear, and gauges. A few things buzz. Turn the key and the flat-12 starts to turn over. You sense it dumping gas into the cylinders and then suddenly, it fires. It's raspy and burbly.

After promising not to crash it, I was off. Immediately I take note there's no power steering, and I'm just fine with that. Sure, it's slightly a pain in slow, parking lot situations, but once at speed, it's more direct in feel in most scenarios.

I immediately take it easy and let her warm up as I merge onto the highway. At speed cruising in a straight line it's almost...dare I say it, kind of normal. Sure, you'll never mistake it for a Mercedes-Benz S-Class, but the seats are legitimately road-trip comfortable. They are firm and supportive, but aren't super-narrow. They hug you in the right places on my medium build.

My exit came quick and I got off the highway. I cruised around some city streets to see what it was really like to daily a Testarossa. Come up to a stop light and people stare. Roll through a parking lot and people point. It was perfectly happy just trolling around city streets from stop light to stop light at 35 mph.

Once I hit the backroad I started slow. Taking time to get to know her, and her to know me. The weight transfer is seamless and she feels planted as you go around a corner. As I flip through the gated shifter it goes *clink* *clink*. That sound will put a smile on any auto enthusiast's face.

The flat-12 revs freely and quickly. The steering provides good feedback as to what's going on with the tires and car. I can feel the road as the tires push and pull through the steering wheel. As you crest 3,000 rpm the Capristo exhaust starts to scream. Hit 4,000 and then 5,000 as the tach spins and that scream turns into a full out wail that is music to my ears. Let off the throttle and it pops and burbles as the revs fall.

The brakes are different than modern brakes. You push the pedal and there's nothing at first. Suddenly as you keep pushing the pedal the brakes pick up, very quickly. They are hard and wooden feeling, but very strong. It's clear they are up to the task of hauling this car down from fast speeds.

When I handed back the key all I could do was smile.

They say you should never drive your heroes. From what I gather with the Lamborghini Countach, that might be right. But when it comes to the Ferrari Testarossa, well, my gut tells me the people that say that have simply never been handed the keys to one.

Special thanks to Ron Tonkin Gran Turismo for use of the Ferrari Testarossa currently for sale.