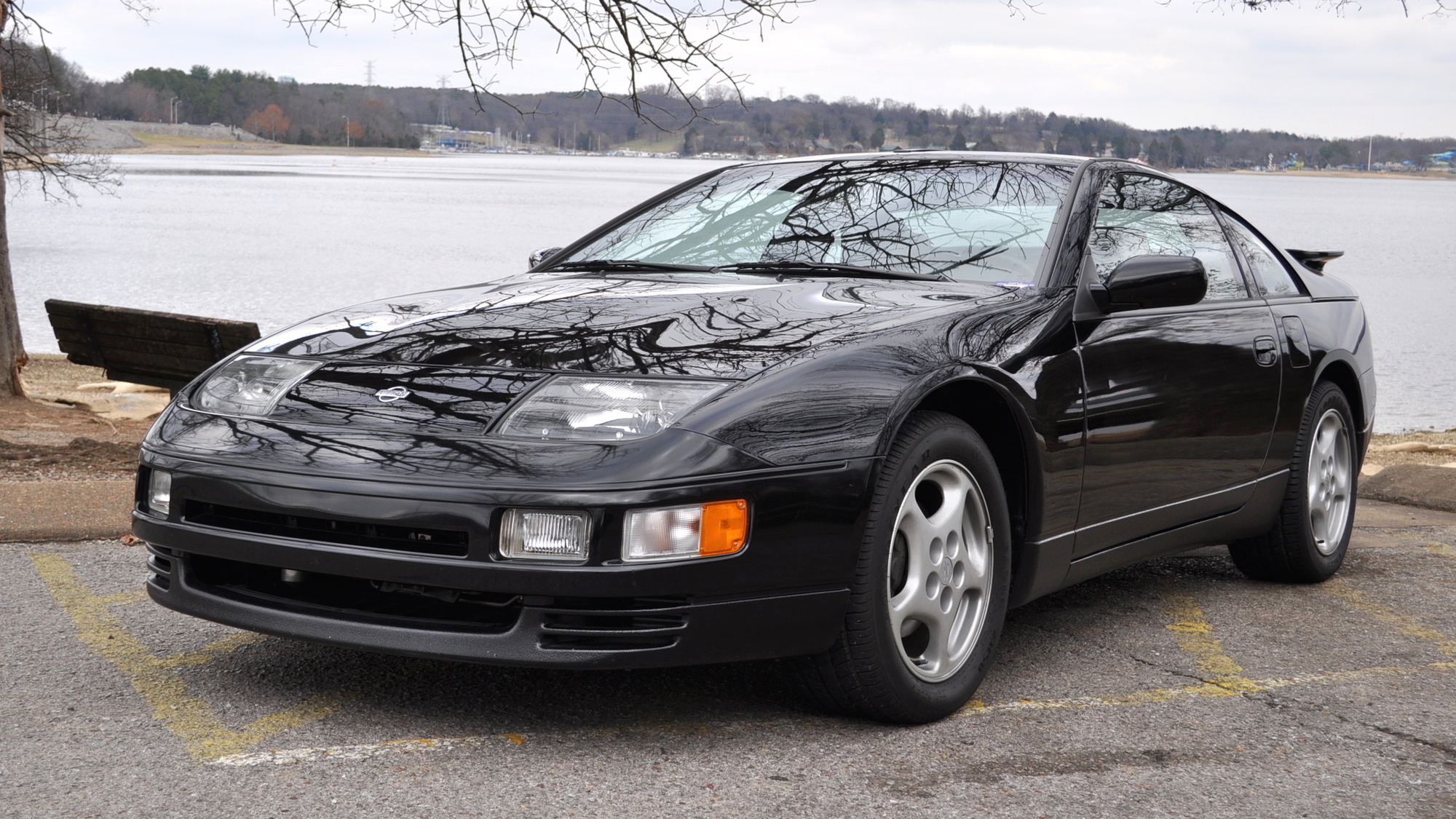 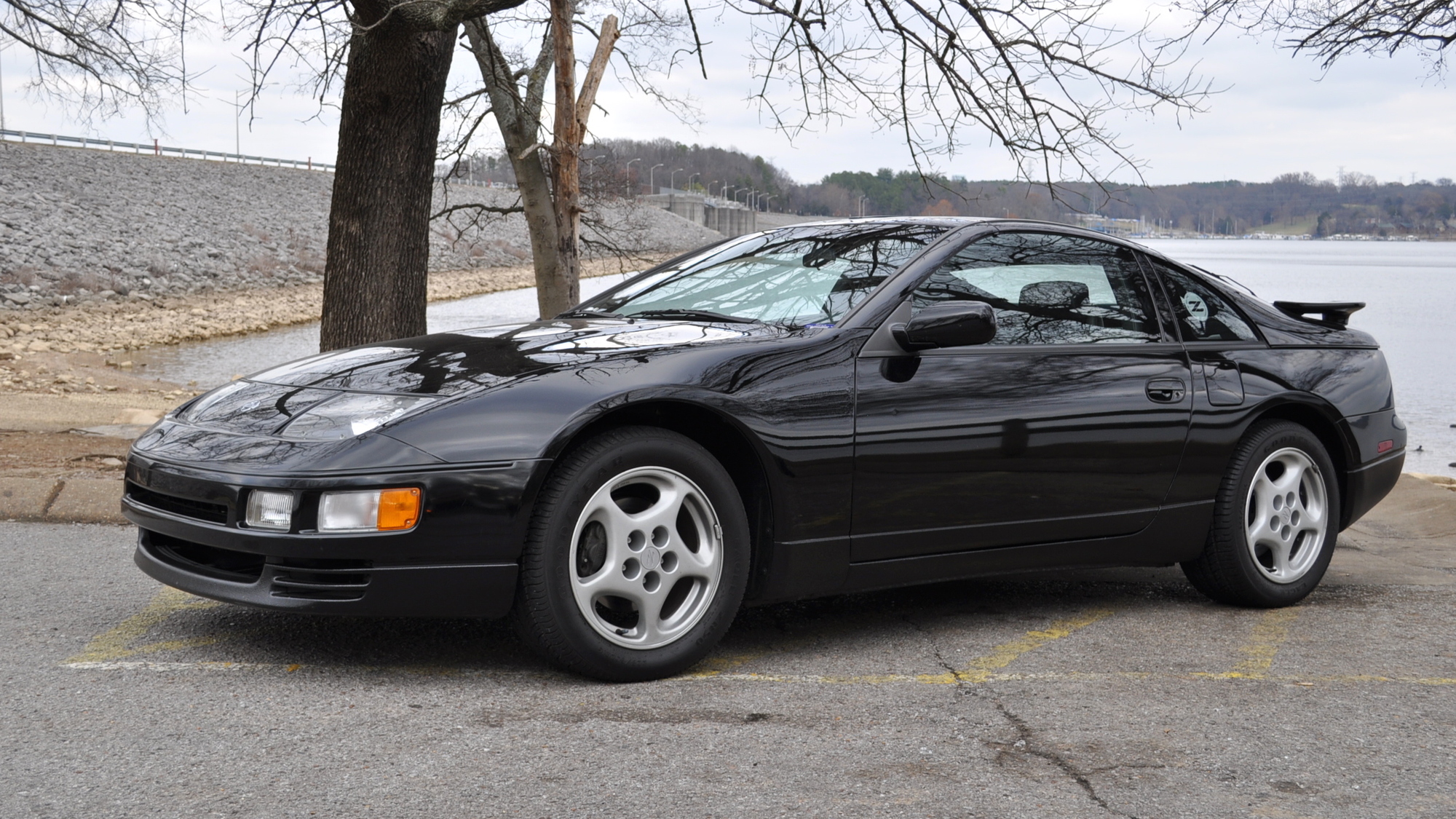 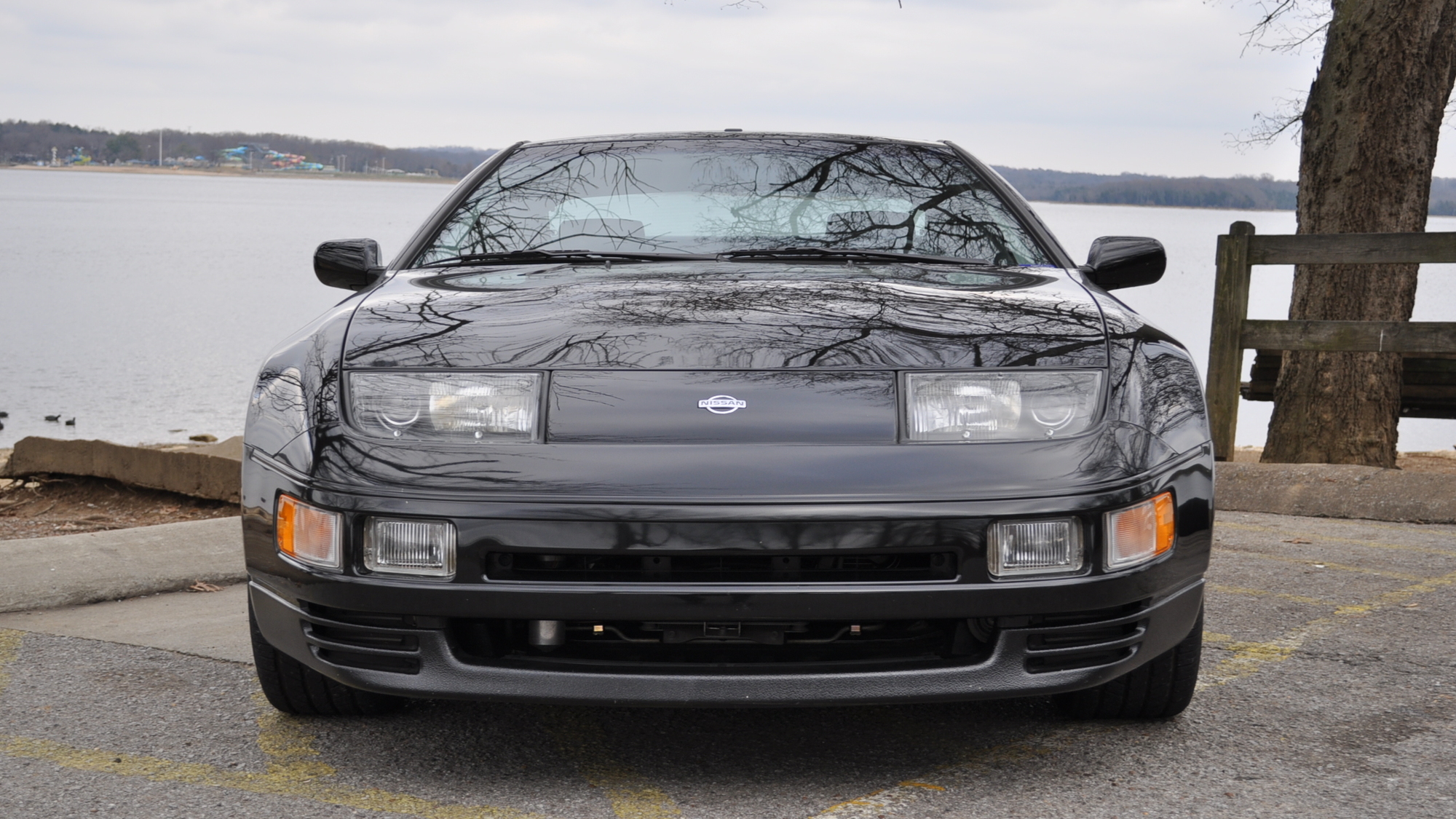 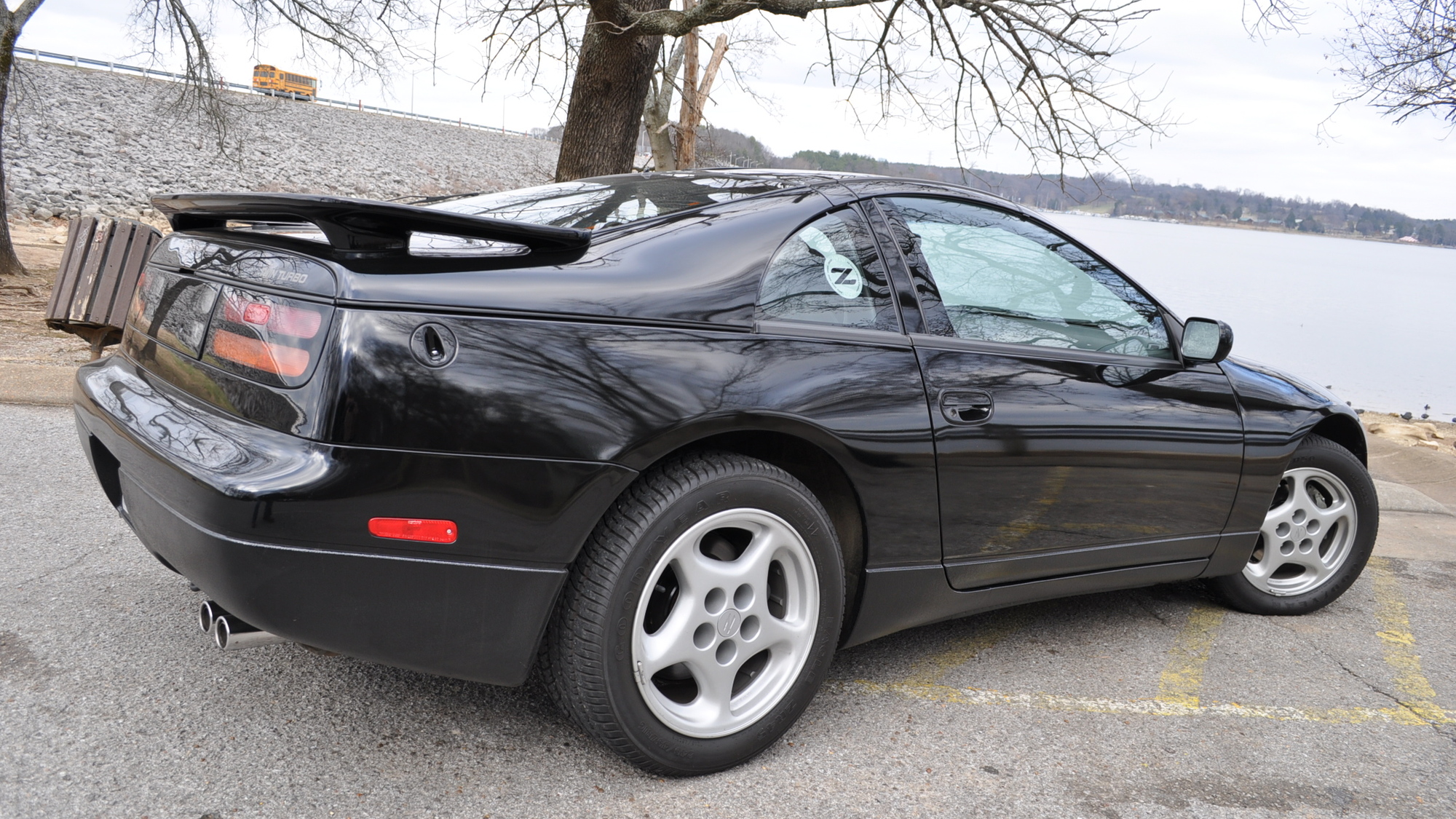 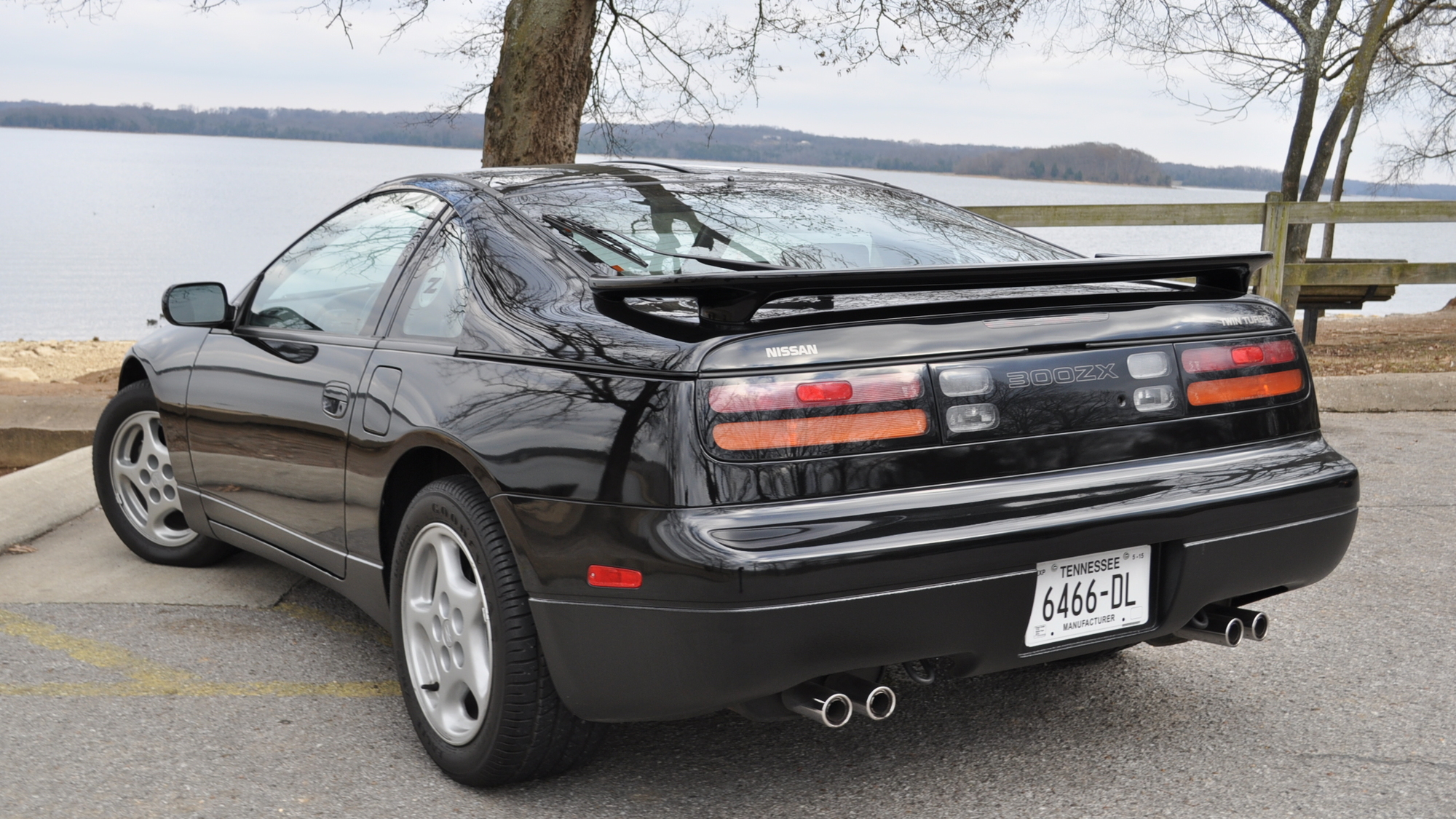 I had heard people speak of a brand-new 1996 Nissan 300ZX Twin-Turbo sitting in Nashville, Tennessee. In fact, I've seen people post photos of it to the Internet and write articles about it. You know what they say, seeing is believing.

It's real. And I didn't just see it, or touch it. I actually drove it.

Let's just be real for a second, I'm a rabid Nissan Z32 300ZX fan. It's in my blood. My family owns not one, not two, but three blue-on-blue Z32 300ZX 2+2s. I actually partially own one of them (depending on who you ask). Why would any family own so many models of the exact same car? Well, that's a story for another day, but let's just say there's some significant sentimental value surrounding this particular car.

The Z32 generation of the Nissan 300ZX was sold in the U.S. from 1990 until 1996. It was Nissan's flagship here in the states since the GT-R wasn't sold here. In many ways, it pushed the automotive boundaries when it came to design and engineering. It was one of the first production cars to be designed using CAD software, and it was available with a trick HICAS four-wheel-steering system along with a dual-mode suspension setup.

Over the years it was available in four different configurations here in the U.S.: coupe, convertible, 2+2, and twin-turbo.

All Z32 300ZX models are powered by a 3.0-liter VG V-6 engine. Naturally aspirated models are rated at 222 horsepower and 198 pound-feet of torque, while the twin-turbo models upped those ratings to 300 horsepower and 283 pound-feet of torque. Power is sent to the rear wheels through either a five-speed manual or four-speed automatic transmission. From a direct ignition system and four-valve-per cylinder design to a valve timing control system, the Z32's powertrain featured the latest tech.

They handed me the key and my heart sank. Why? Because it wasn't the master key. You see, every little detail was labored over when the Z32 300ZX was designed, even the master key. It was made from titanium, and the secondary keys were steel with plastic sleeves. Sure, the non-master key starts the car, but that titanium key is part of the experience.

Sliding into this 1996 300ZX was a time warp. It smelled new. It felt as if it just rolled off the assembly line, and with less than 500 miles on the odometer, it basically did.

All of the main controls are mounted in pods next to the gauge cluster, keeping them within finger's reach of the steering wheel. The dashboard flows away from you giving a sense of openness despite it being a small cockpit. Frankly, the interior design could almost pass today for that of a new sports car.

Turn the key and the Z fires to life. The engine idles a bit higher than you'd expect as it warms up. Suddenly the idle and exhaust note both drop as things warm, and it has a unique Japanese rasp to it.

Pull onto the on ramp, smash the throttle and you set things in motion. The car moves forward but with less urgency than you would initially expect. The power builds just like a naturally aspirated engine until suddenly you hear a faint whistle. The turbos begin to spool as you hit 3,000 rpm. The tachometer spins towards 4,000 rpm and you begin to feel like your back is being pushed forward.

That faint whistle turns into a full-blown symphony of two turbos spinning at 4,500 rpm and then it's like two rockets suddenly ignited and you blast forward with a surge of momentum. I'd be lying if I said I wasn't laughing like a child during the entire scenario. And then I slowed down and repeated the process, multiple times.

Once the turbos kick you'd better be prepared to shift quickly because those revs climb fast as the turbos huff. Shifts with the manual transmission are short and quick, and the clutch is light.

The trick dual-mode suspension not only worked in this 1996 300ZX Twin-Turbo, it was impressive. Keeping in mind that this system was designed and engineered in the 80s, it's fair to call it ahead of its time. There are two modes: sport and touring. In touring the ride is compliant but controlled. Perfect for highway cruising. Flick that little switch to sport and instantly the entire setup feels stiffer. Take a corner at speed and the car rolls significantly less while in sport, and yet, it's still liveable while going over highway expansion joints and bumps.

The steering provides enough feedback for you to have an idea of what's going on with the front wheels, and the HICAS four-wheel steering makes the 300ZX feel more nimble than it should.

End of the day

Back in the early 90s the twin-turbo 300ZX ate Corvettes for lunch, kicked sand in the Supra Turbo's face, and was sometimes mistaken by children as a Lamborghini. Now, 20-some-odd years later, it has stood the test of time. It still looks fresh, and provides a driving experience that many modern cars can't match. It oozes character and makes a raspy sound that continues to put a smile on this auto enthusiast's face.