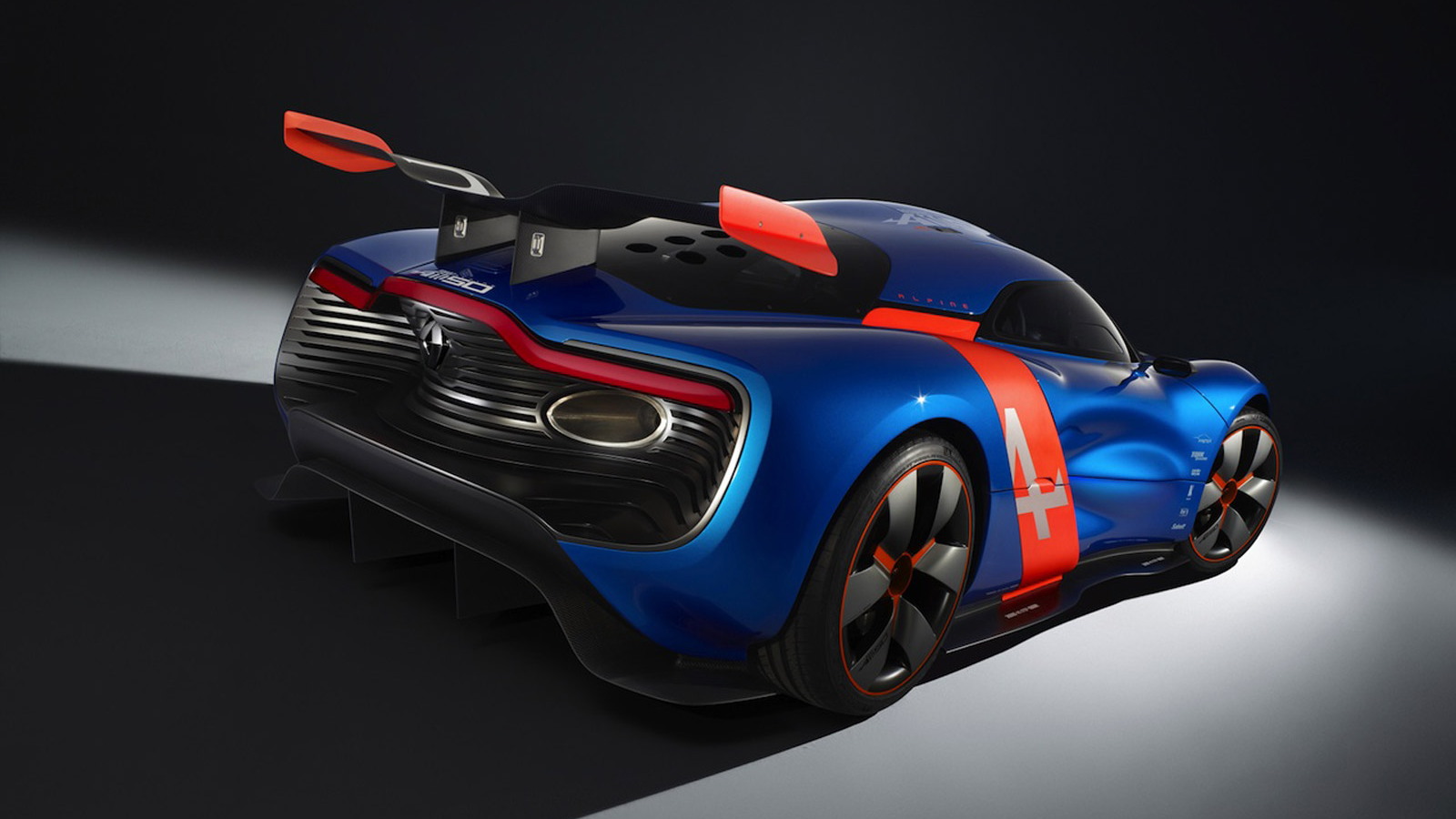 9
photos
After years of speculation, Renault has finally revived its Alpine performance branding, which has appeared today on a thoroughly modern sports car concept from the French automaker.

The concept, which made its debut in Monte Carlo in the lead up to the 2012 Formula 1 Monaco Grand Prix, commemorates 50 years since the launch of the legendary Renault Alpine A110 Berlinette.

More importantly, it is also being used to gauge interest in a dedicated sports car to possibly be launched by Renault at a later date. However, officials are keeping tight-lipped on the matter.

The concept, whose official title is the 2012 Renault Alpine A110-50 Concept, is clearly based on the 2010 Renault DeZir Concept although it also features a number elements borrowed from the original A110.

It is a race car at heart and was developed with the help of Renault’s racing partner Renault Sport Technologies. Using experience gained from racing the Megane Trophy, as well as the race car’s mid-engine tubular-frame chassis, Renault engineers were able to create a concept that not only looks good but should be a brilliant performer too.

The front-end of the concept features Renault’s new family styling, while its flowing bodywork and circular elements hint at the styling of the A110. The air intakes on each of the sides also echo the haunches of the A110. On the latest concept, the right-hand opening is for gearbox cooling while the left is for the engine bay.

The body is almost all carbon fiber and is painted in a new shade of blue which refreshes and reinterprets the famous ‘Alpine Blue’ used on the original cars. Like any true exotic, the doors of the concept feature a scissor motion.

The race car theme continues inside, with plenty of exposed carbon fiber, a roll cage, Sabelt harness belts and a steering wheel inspired by the unit in the Formula Renault race cars. The concept even features integrated pneumatic jacks.

Power comes from a 3.5-liter V-6 engine rated at 400 horsepower and 311 pound-feet of torque and sending drive to the rear wheels via a sequential manual transmission. The wheels measure 21 inches in diameter and house six-piston brake calipers and 356-millimeter discs up front and four-piston calipers with 330-millimeter discs in the rear. Other components of the chassis include Sachs adjustable dampers, a limited-slip differential and an ECU supplied by Magneti-Marelli.

If Renault does eventually launch a sports car, we’ll be happy if it looks even half as good as this concept. Here's hoping the 2012 Renault Alpine A110-50 Concept isn't just a big tease.