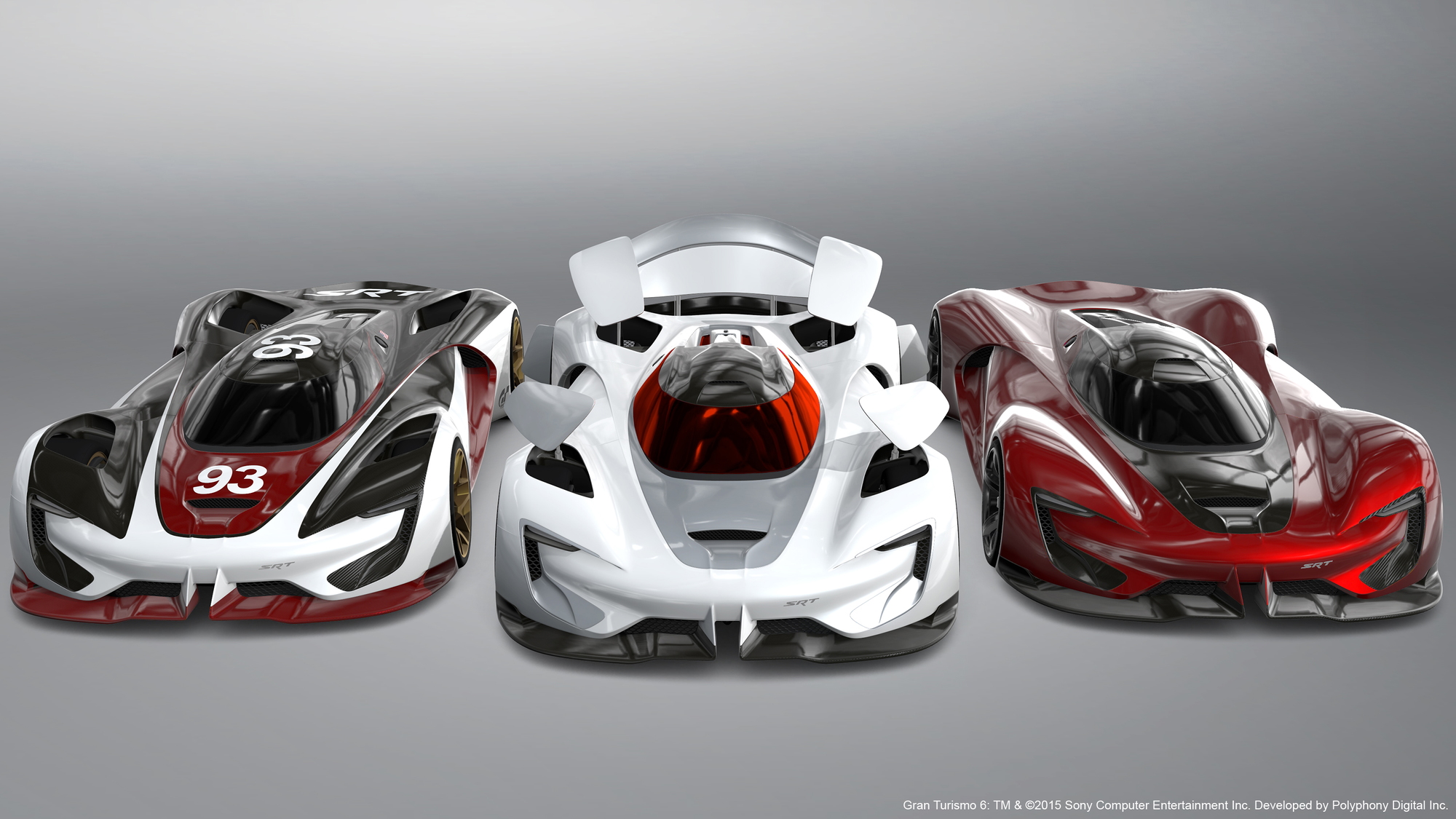 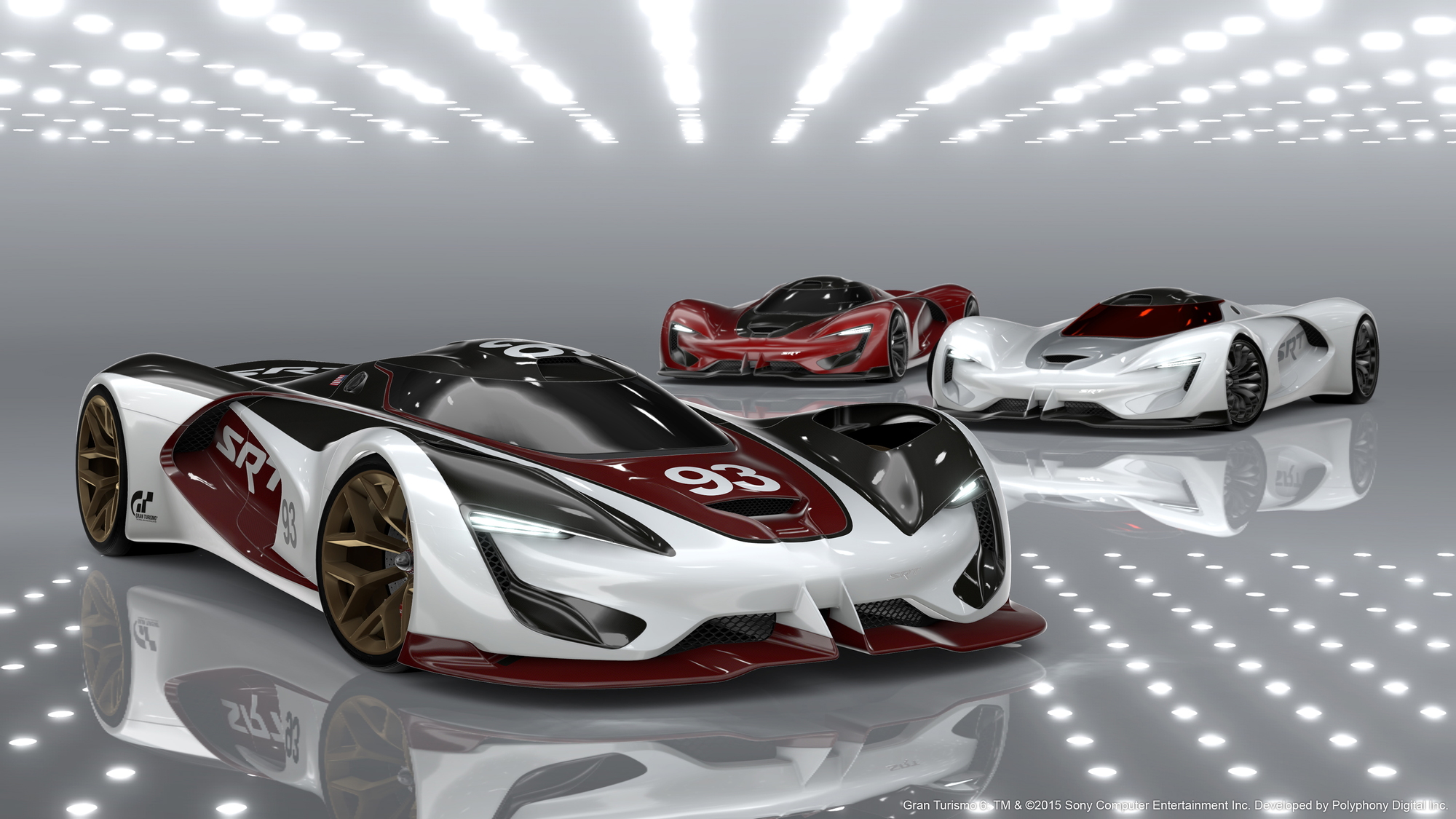 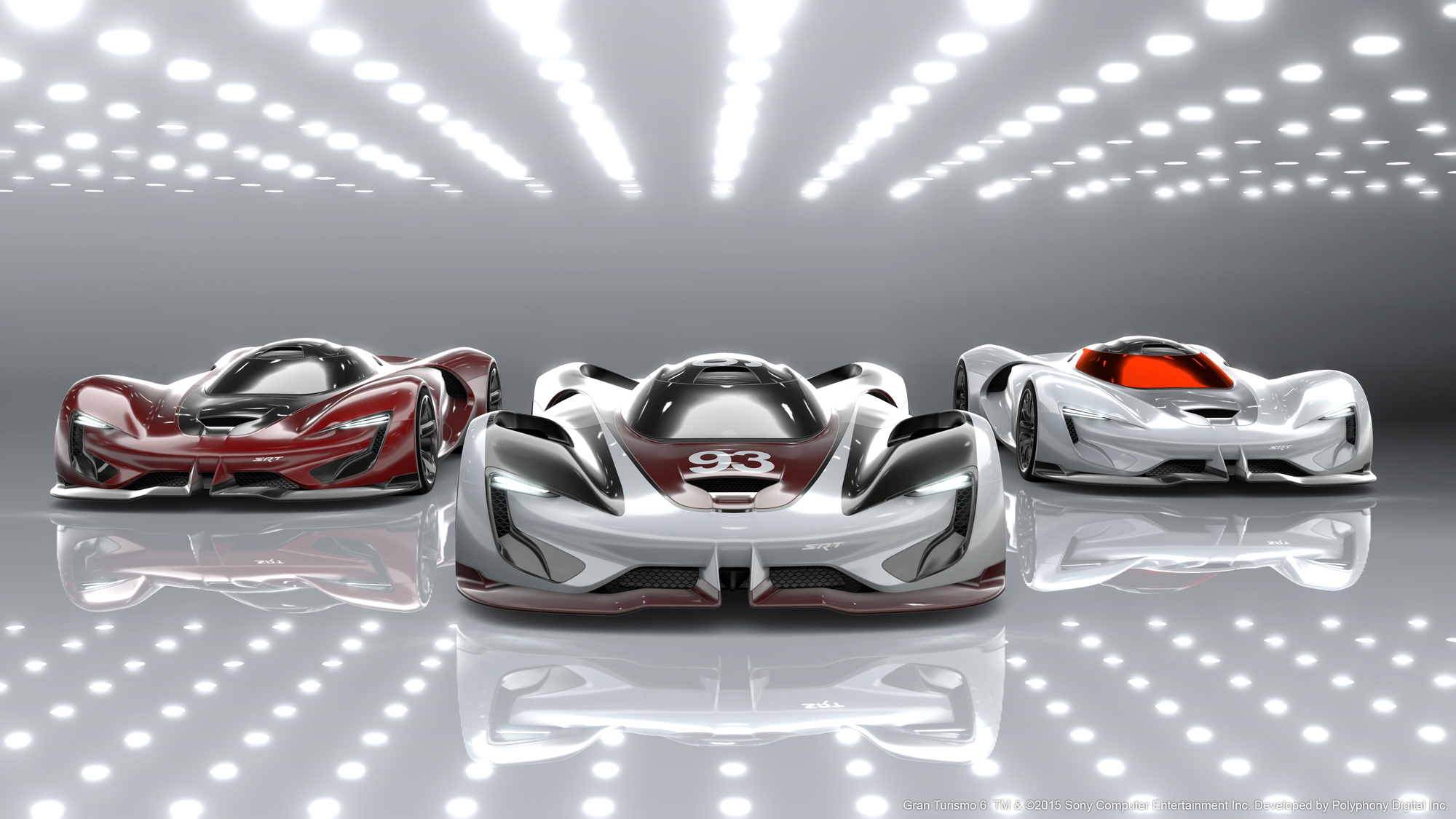 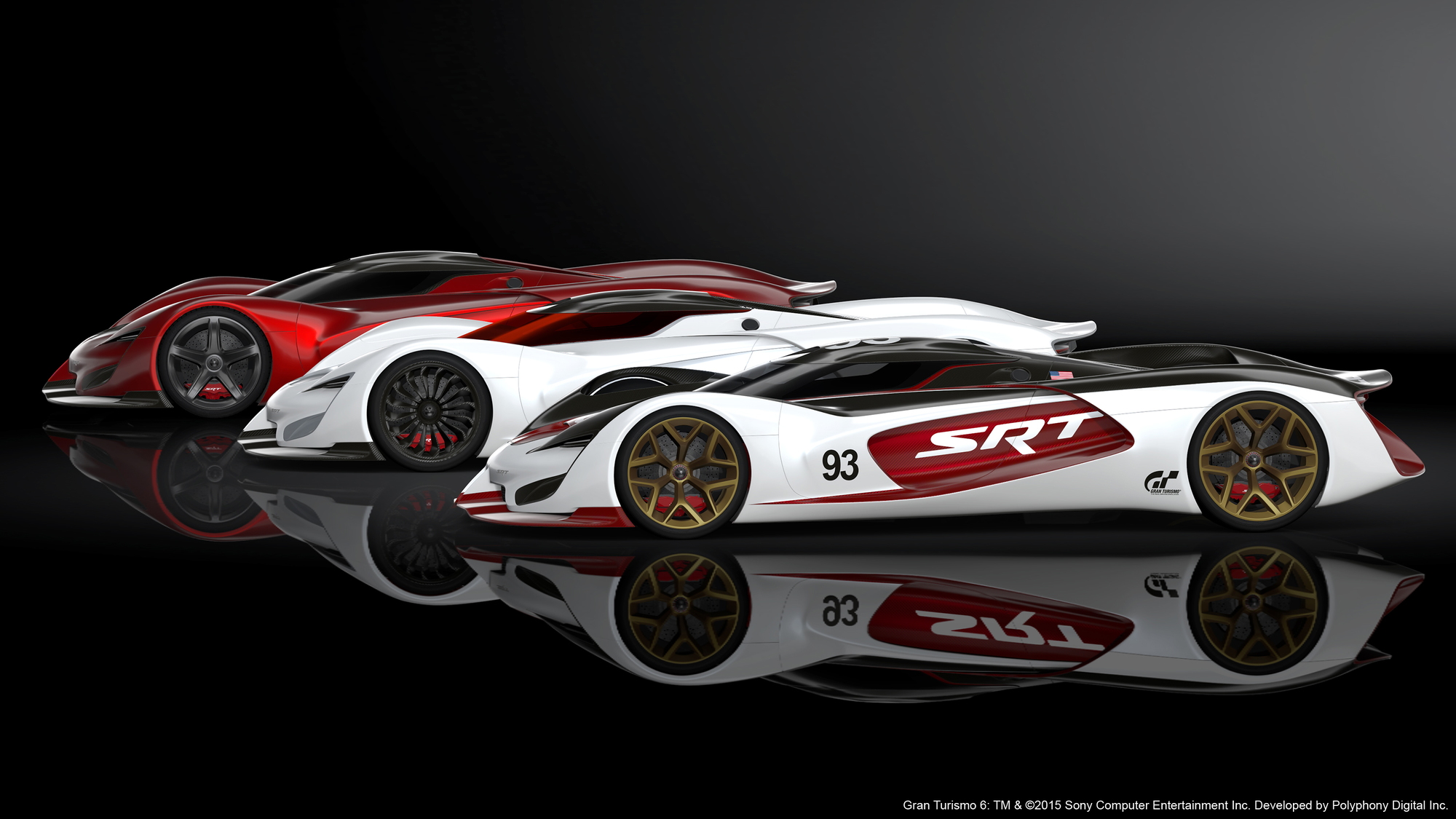 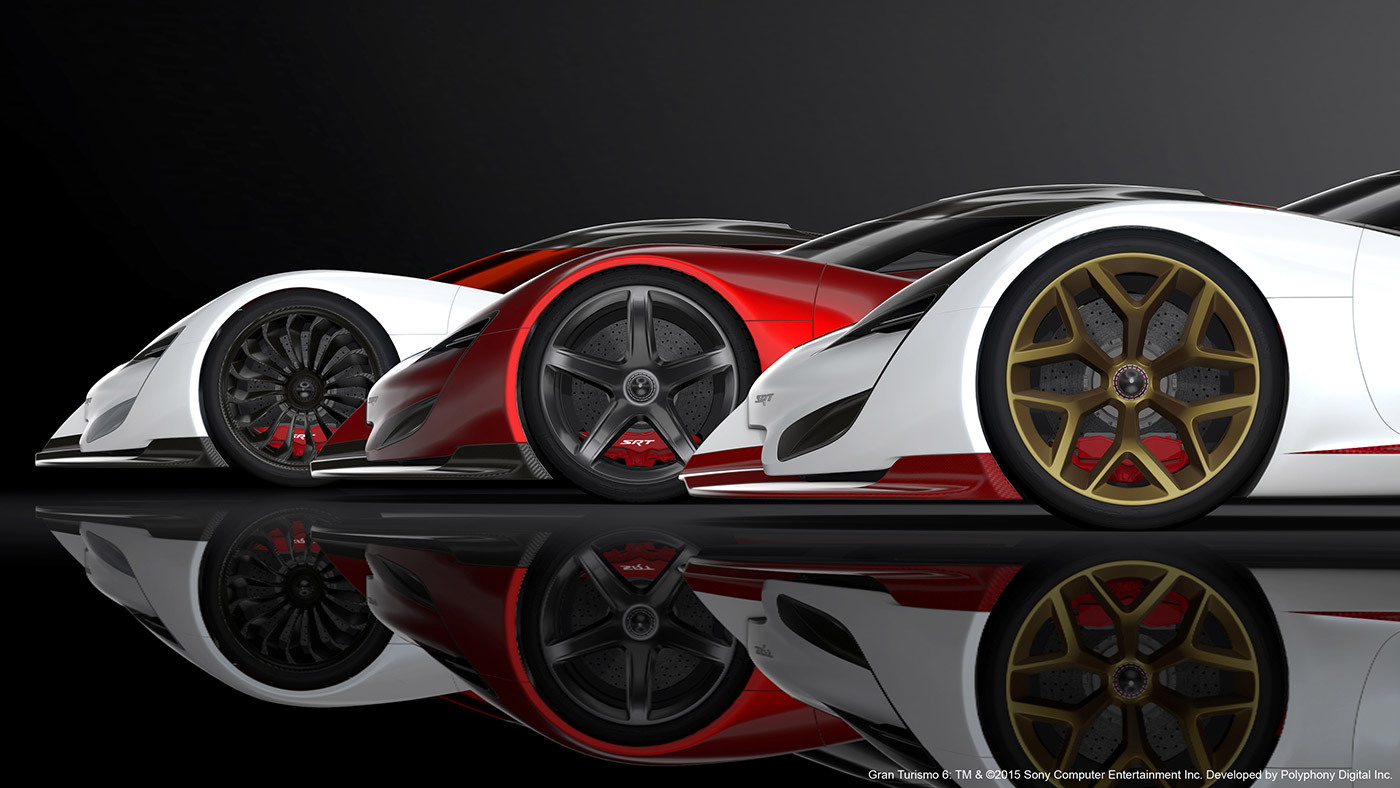 We knew the SRT Tomahawk Vision Gran Turismo wasn't related to the blood-thirsty concept Chrysler released a decade ago. But we can now confirm the digital concept will appear in three versions: the street-spec S, race-spec GTS-R and ultimate-spec X.

Before we get into the—fantastic in the make-believe way—specs, we should stress that while these cars were designed in tandem with Chrysler engineers, these models are digital hypotheses, and essentially just extremely pretty packets of zeros and ones. So don't expect to see one at the Detroit Auto Show.

That said, the technology sounds wicked. Power comes from a hybrid system utilizing a V-10 to power the back wheels, while the front will be driven by "a variable-fin quad-stage pneumatic power unit."

In theory, the car will be able to pull 10 gs—approximate to a modern fighter plane—hence the need to pressurize the driving suit. The 2,590-horsepower X version of the car will be able to achieve 400 mph, and the 1,450-hp GTS-R model will hit over 300 mph, and the base S will achieve 250 mph. And while the GTS-R and S engines will spin to a rather pedestrian 9,500 rpm, the X will top out at screaming 14,500 rpm, which should make for a stellar soundtrack.

Check out the video to watch it in action, and look forward to downloading the concepts in Gran Turismo 6 for the Sony PlayStation 3.