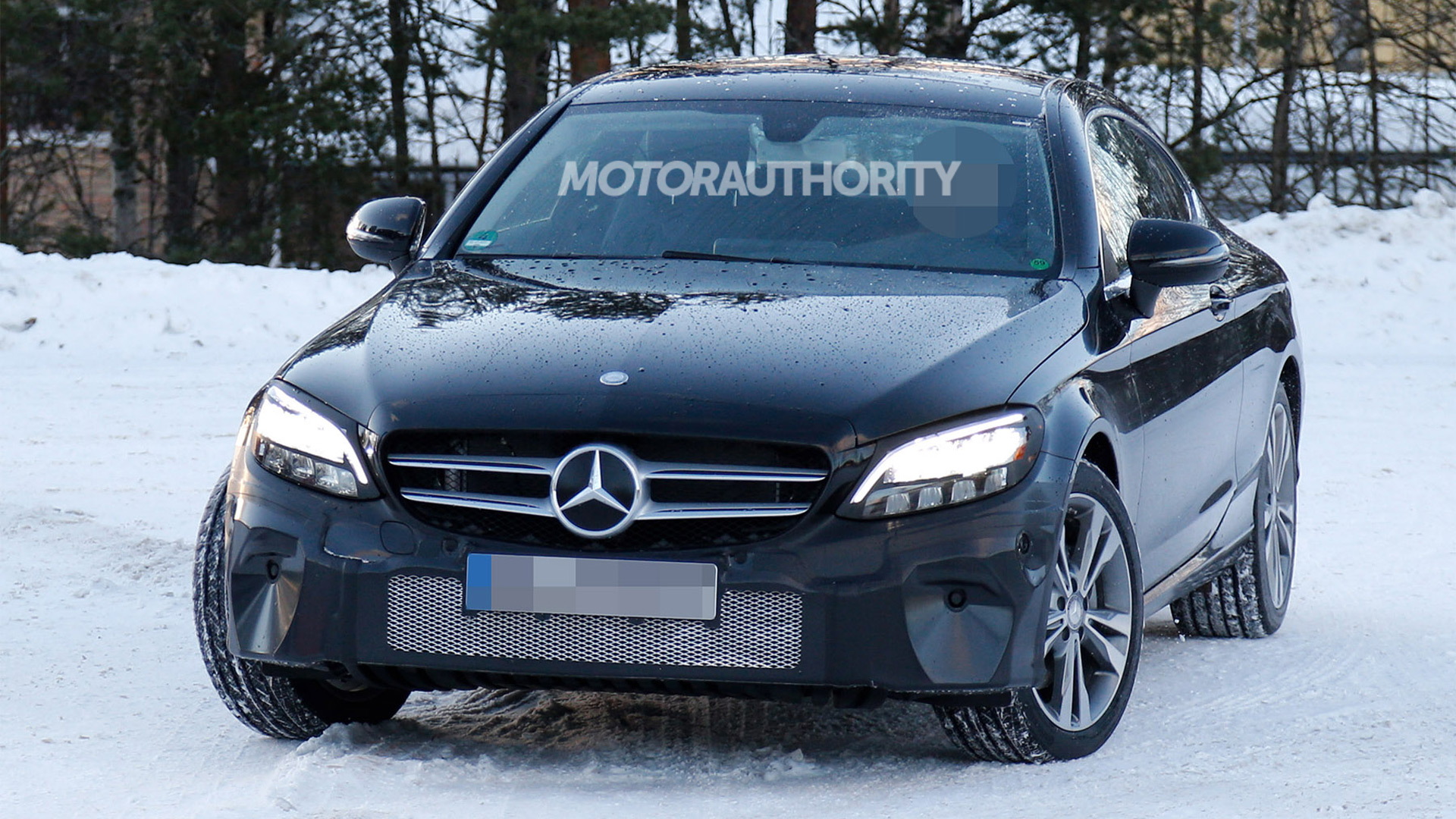 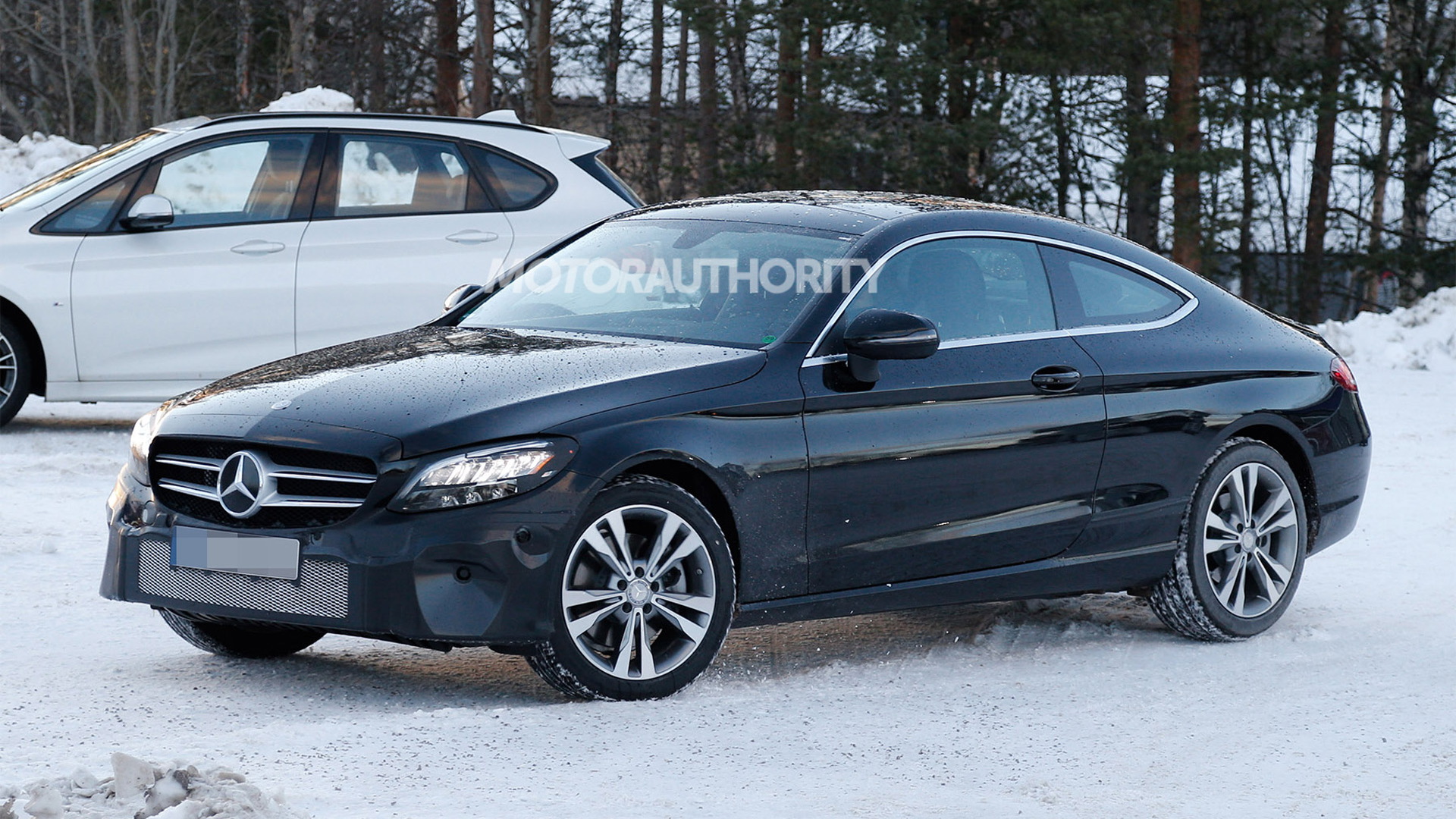 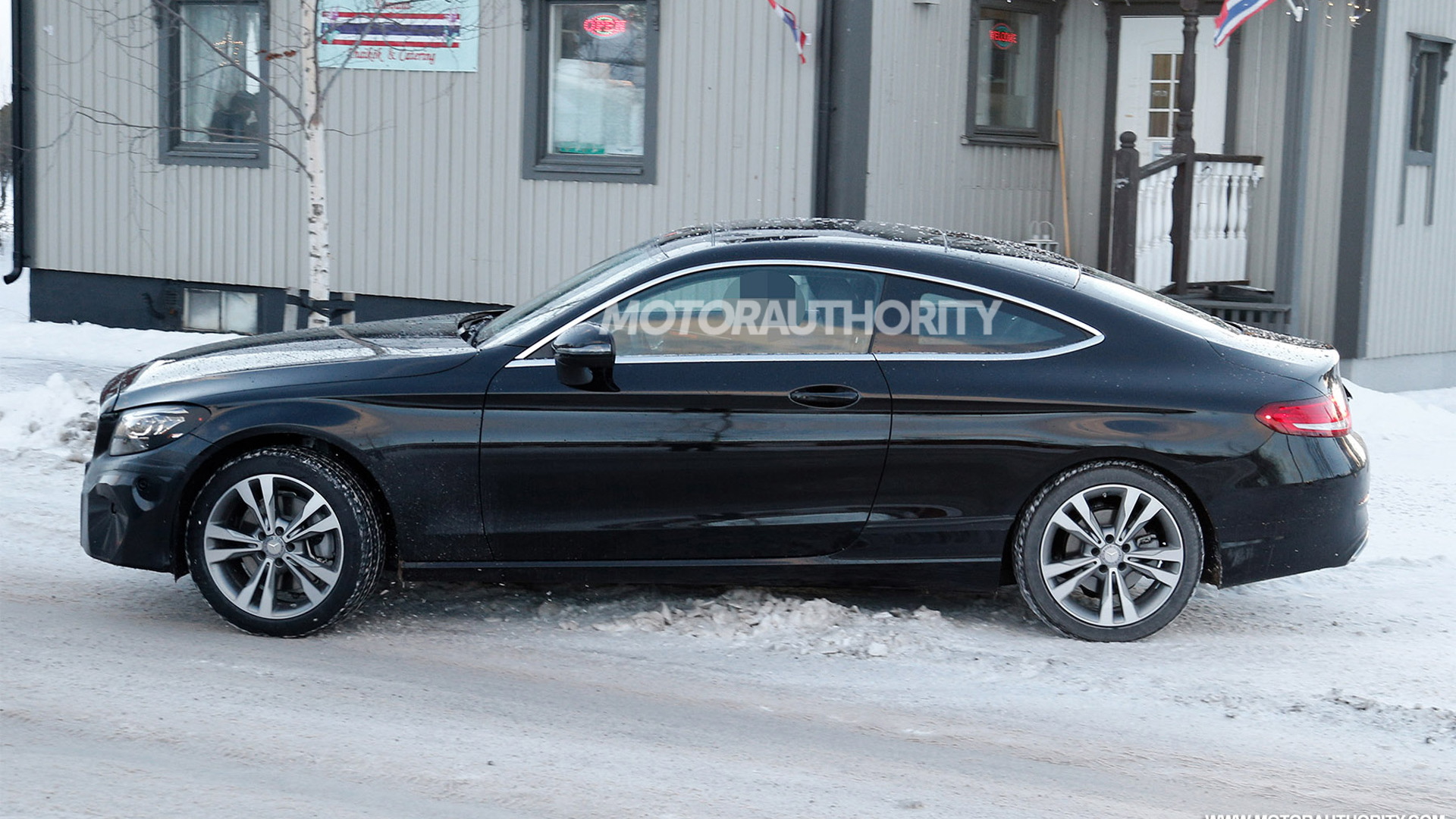 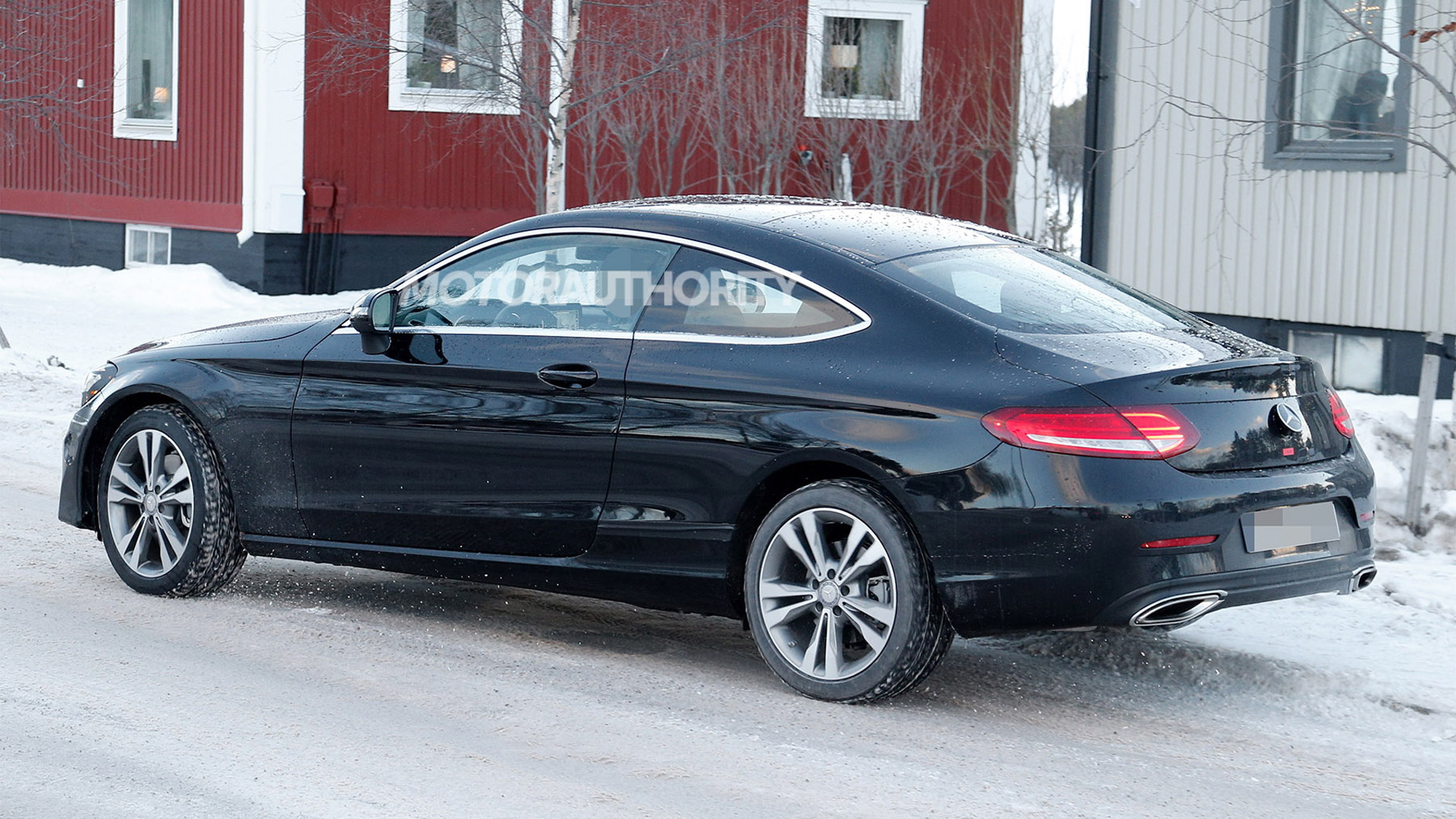 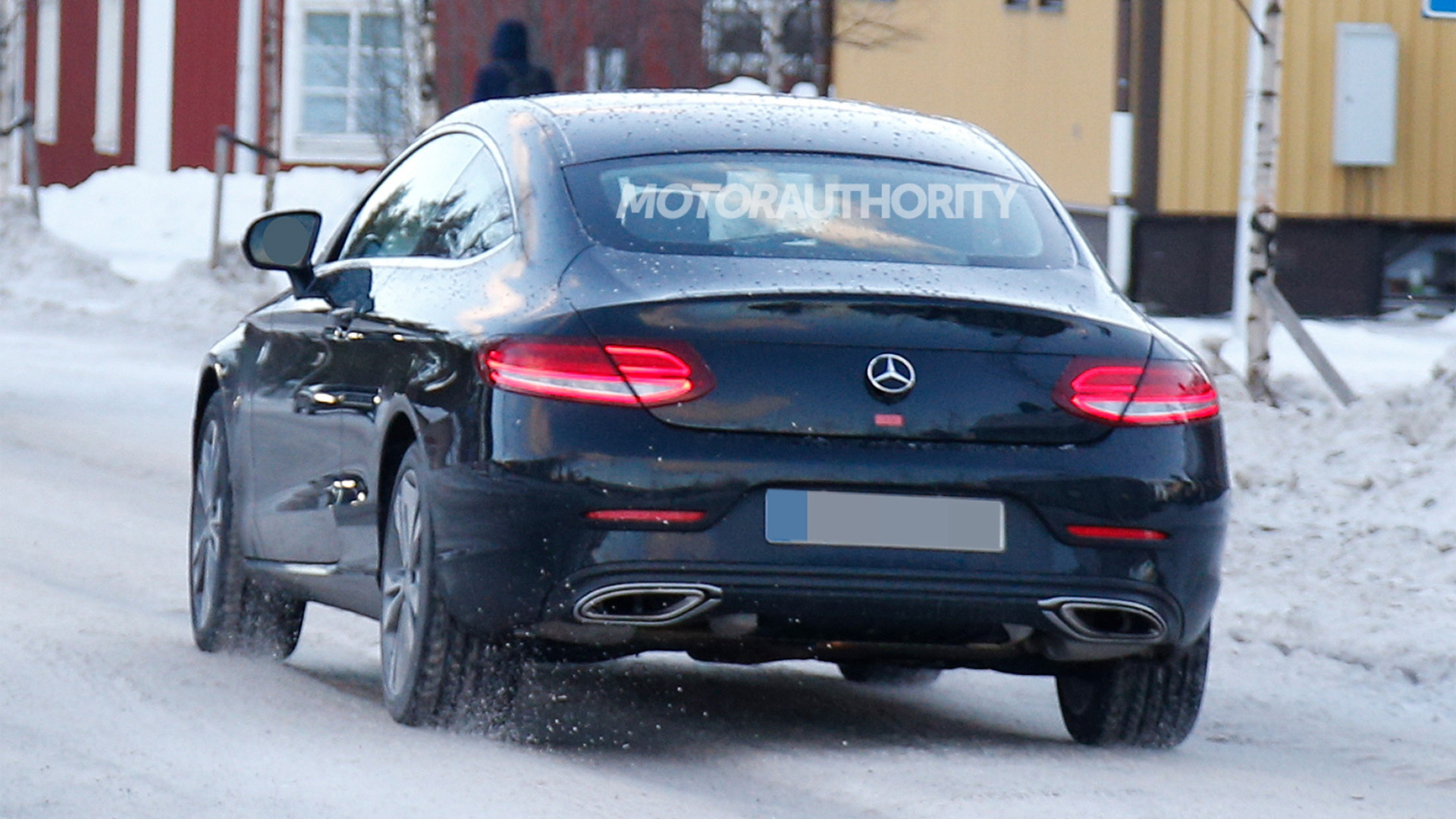 Mercedes-Benz’s C-Class Coupe is one of the more handsome offerings in its segment, but the car is facing tough competition in the form of redesigned versions of the Audi A5 and Infiniti Q60.

Mercedes will attempt to keep the C-Class Coupe looking fresh with some mild updates that should be shown in late 2018 or early the following year and introduced to the market for the 2019 model year. The updates will trail similar updates pegged for the C-Class sedan by about a year.

Judging by these spy shots of a prototype, the updated C-Class Coupe will receive new internals for its headlights and a new front bumper. There aren’t any updates at the rear though that could change as development progresses.

In the cabin, we’re expecting a new steering wheel and a touchpad surface in the center console to replace the current model’s controller dial. It’s also possible that the current model’s analog instrument cluster gets replaced by a digital setup similar to what’s found in pricier models.

Where most of the changes are expected is in the powertrain department. Look for the car to adopt Mercedes’ next-generation engines, which feature mild hybrid systems and inline configurations for everything smaller than a V-8.  The engines debut in the 2018 S-Class and promise numerous efficiency improvements. The sole transmission will be a 9-speed automatic.