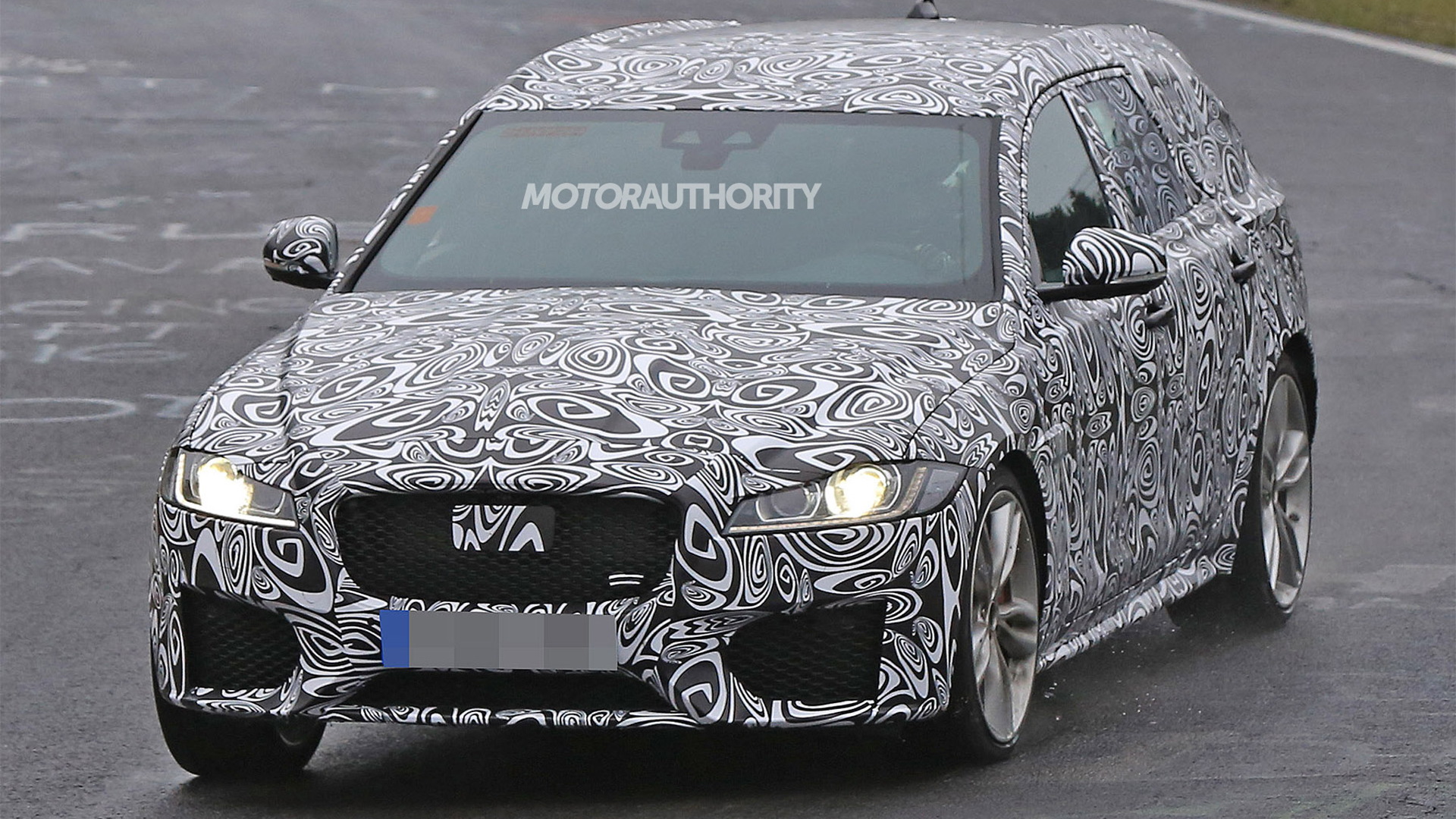 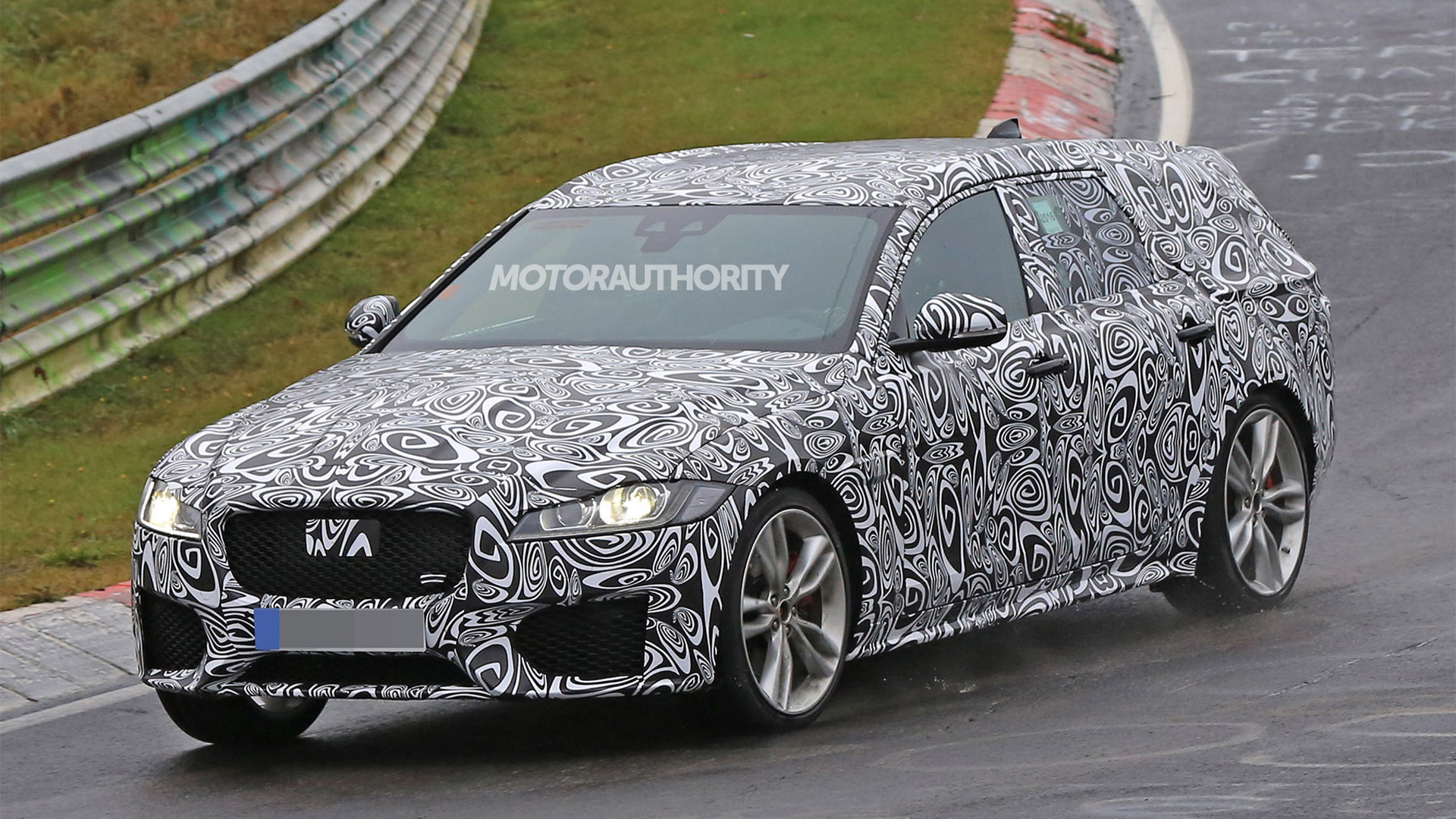 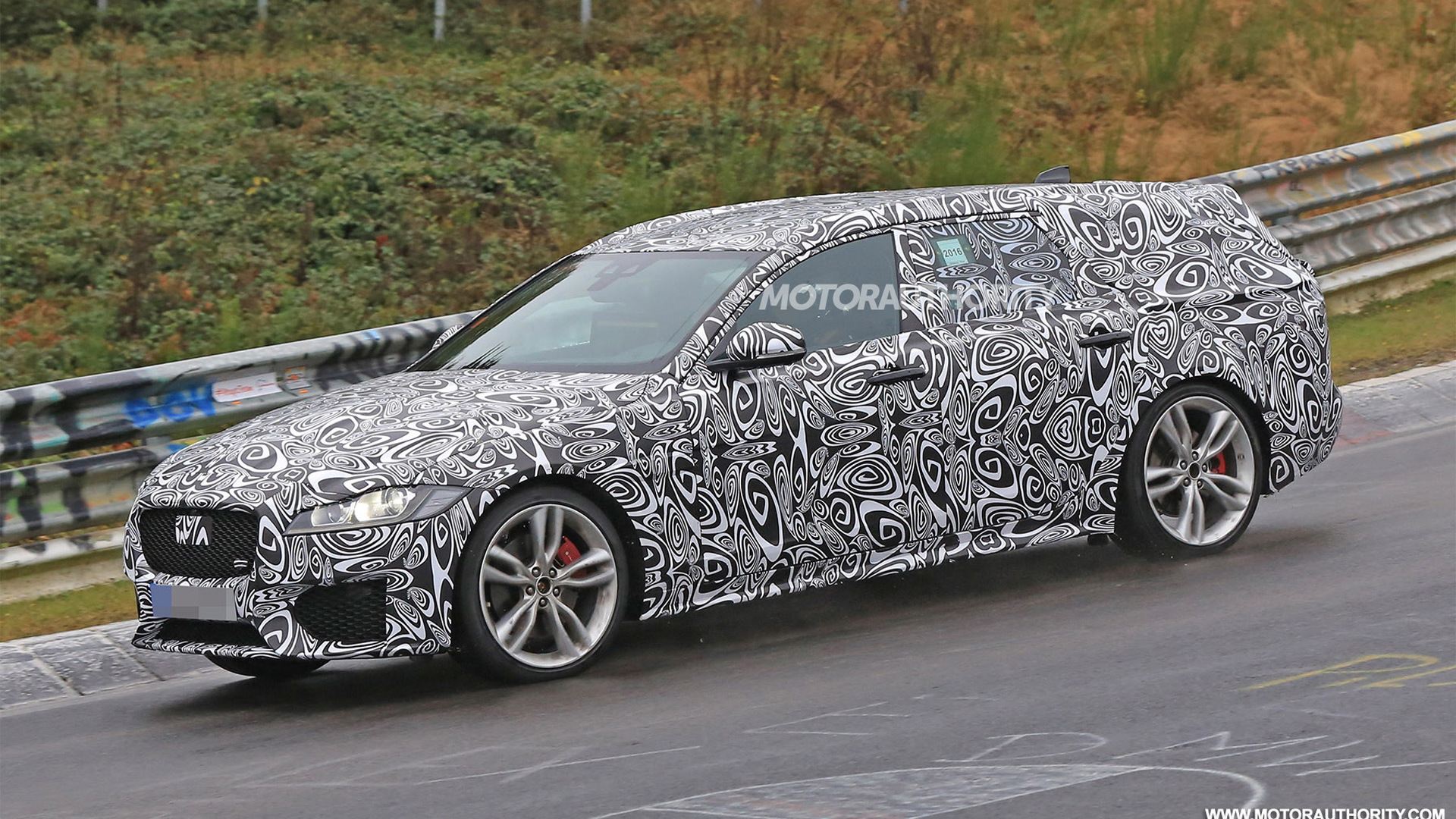 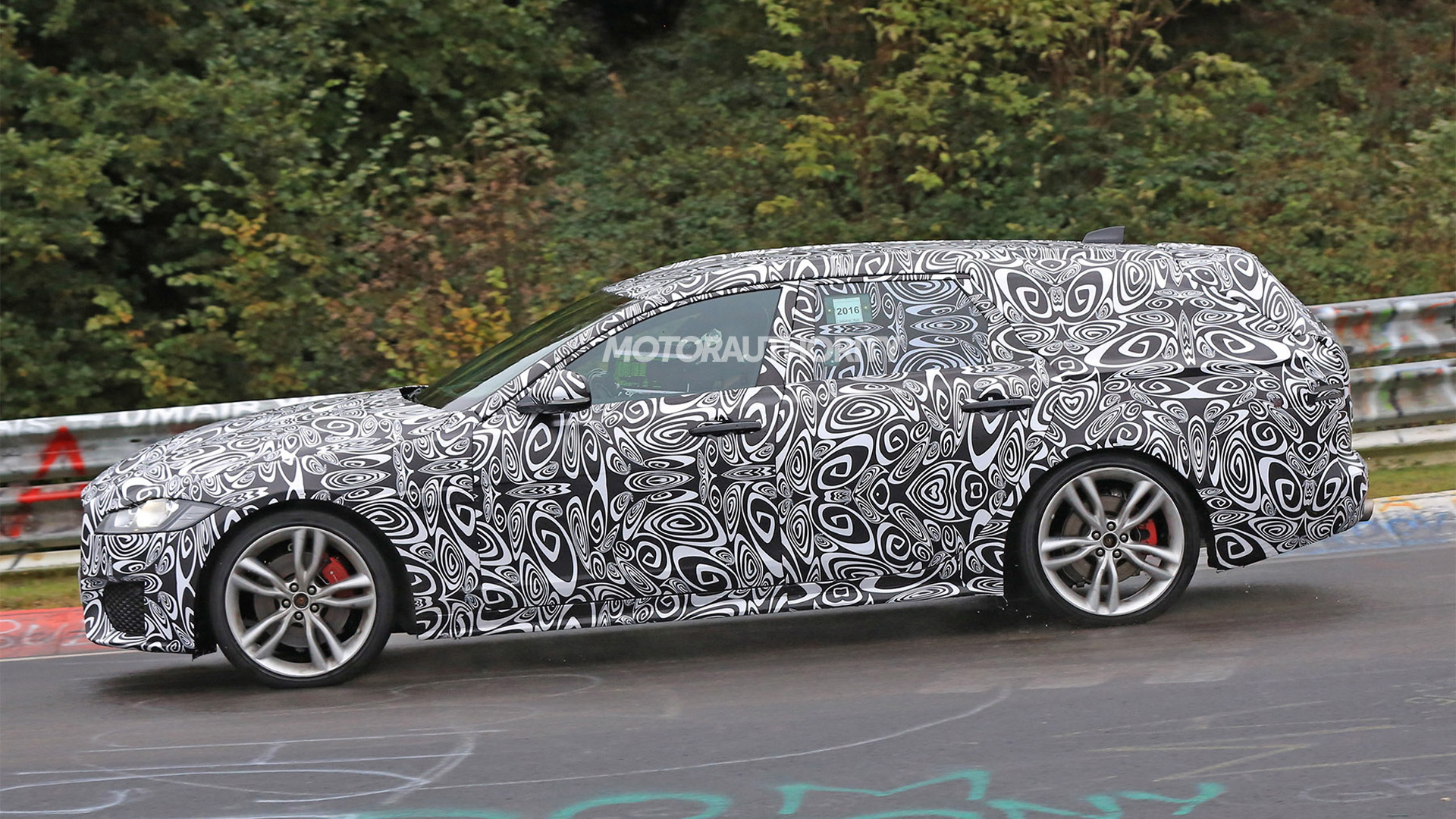 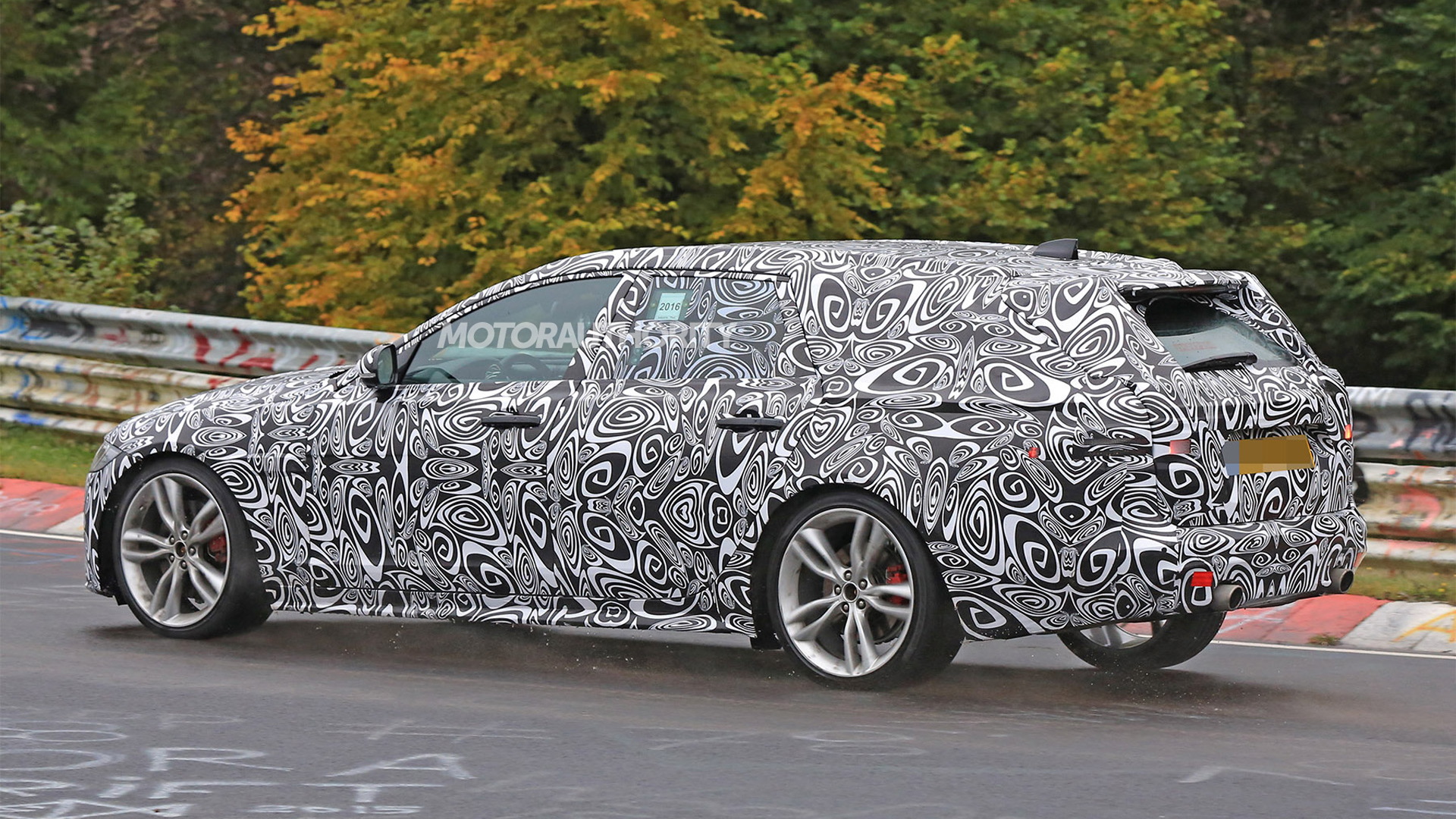 Jaguar last fall indicated that its current XF sedan would soon spawn a wagon, releasing a single teaser photo of a camouflaged prototype.

We now have our own spy shots and video of a prototype for the new XF wagon testing on the Nürburgring and some surrounding roads.

The wagon will be called an XF Sportbrake, just like its predecessor unveiled in 2012. Unlike its predecessor, this new one will be sold in the United States, as confirmed by Jaguar Land Rover North America CEO Joe Eberhardt in late 2016.

The original XF Sportbrake is one of the most beautiful wagons ever built, so it’s understandable Jaguar would want to launch a successor. We’re expecting a debut in the second half of 2017, most likely during September's Frankfurt auto show. The market launch should follow in early 2018.

Of most interest to performance fans is the good chance Jaguar launches an XF SVR Sportbrake as a successor to the original XFR-S Sportbrake. This model, along with an XF SVR, will likely offer the 575-horsepower supercharged 5.0-liter V-8 fitted to the F-Type SVR.

Key rivals for the XF Sportbrake include the Mercedes-Benz E-Class Wagon, Volvo V90 and the yet-to-be-revealed and also U.S.-bound Porsche Panamera wagon.

The XF Sportbrake will be the third and likely final body style for the current XF. The standard sedan was launched in 2015 and in 2016 we saw the long-wheelbase XF L launched in the Chinese market.

Sadly, Jaguar design boss Ian Callum has confirmed there will be no wagon spawned from the smaller XE sedan.