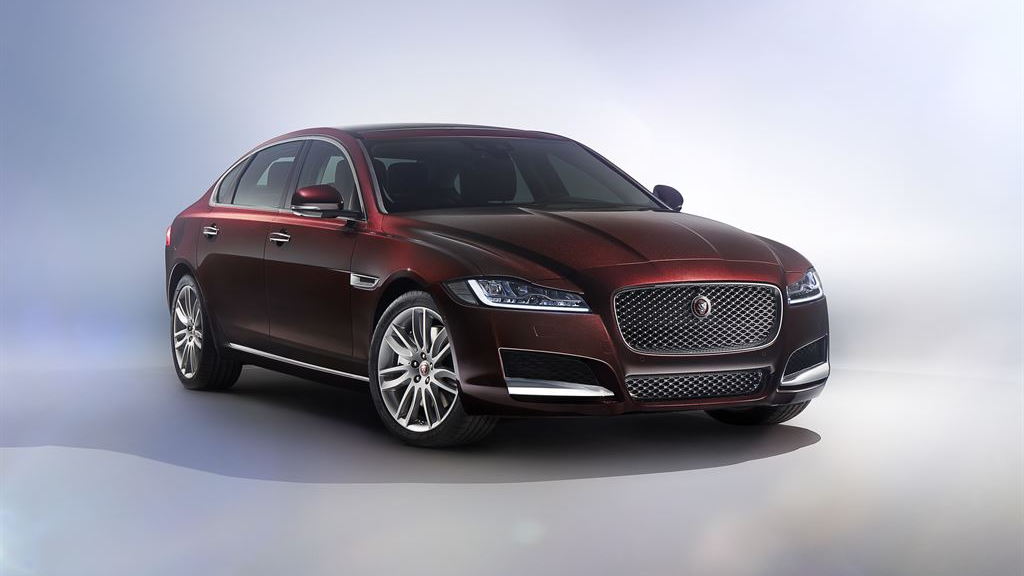 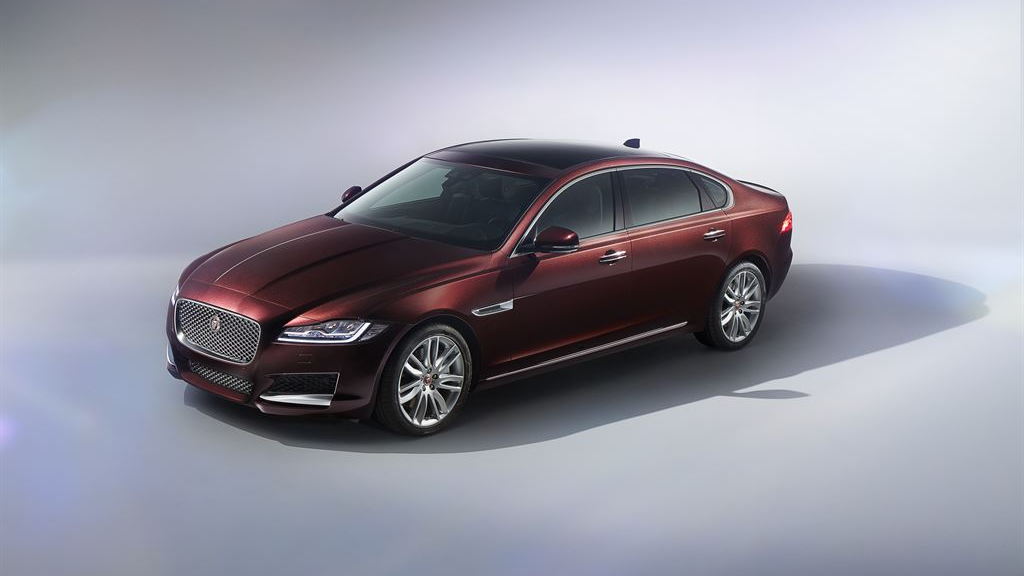 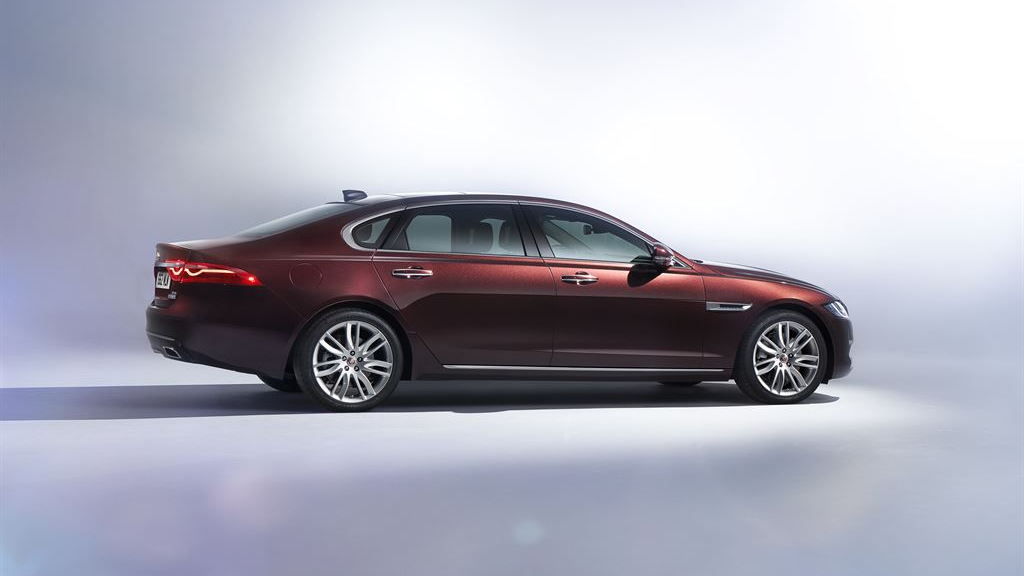 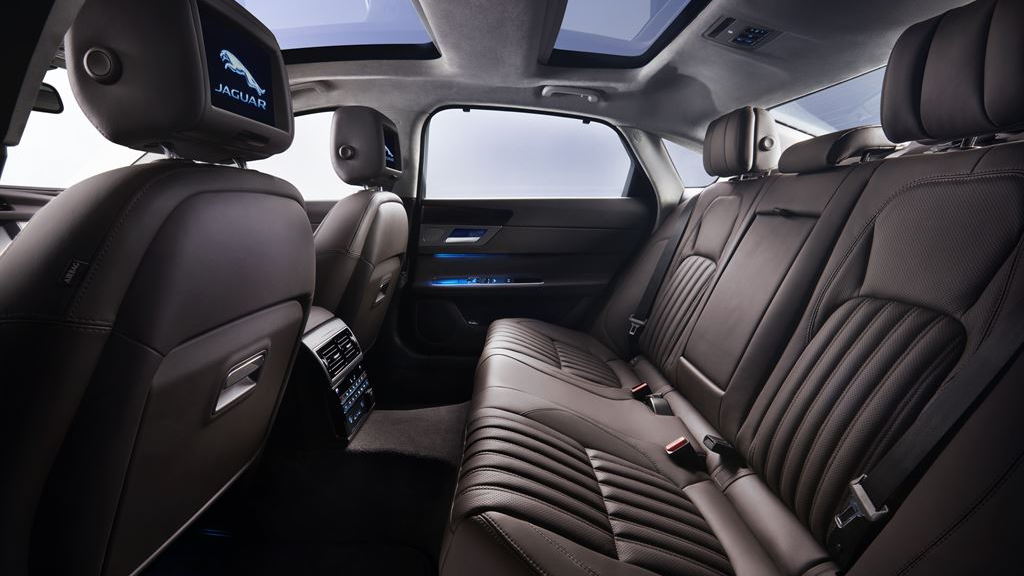 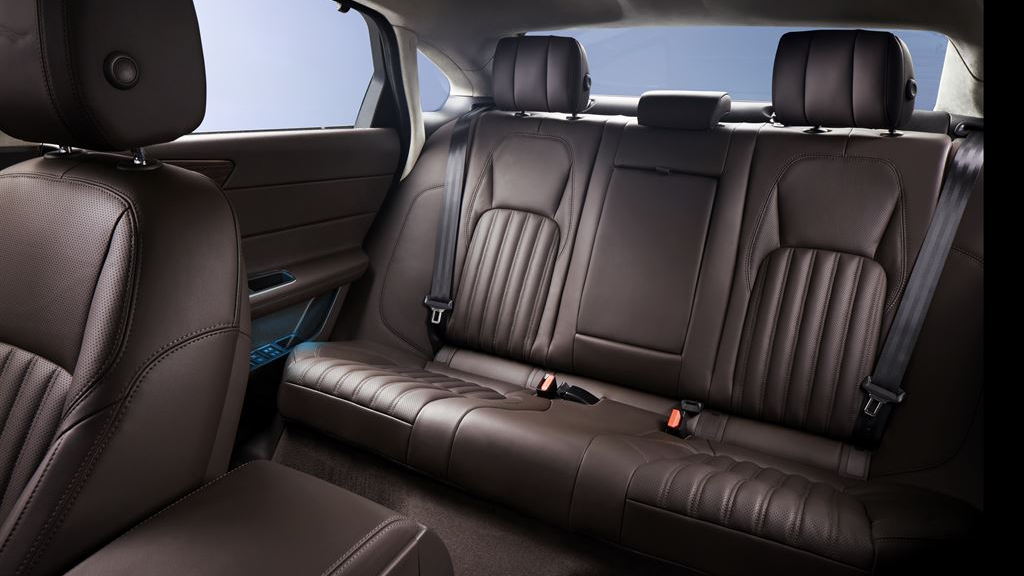 Jaguar traveled to the 2016 Beijing Auto Show to unveil a model uniquely tailored to the Chinese market: A long-wheelbase version of the automaker's midsize XF sedan.

Dubbed the XFL (which is unrelated to the short-lived alternative professional football league in the United States), the sedan boasts a little more than six additional inches of rear seat legroom compared to the standard XF.

It's not clear if the XFL will be offered in markets other than China, though most long-wheelbase midsize sedans are sold primarily in China.

The XFL will be available with rear-seat entertainment and a built-in Wi-Fi hotspot that can power up to eight devices. Folding rear tables, like those Jaguar has long offered in its XJ sedan, will be joined by heated and cooled rear seats with a massaging function and four-way lumbar adjustment. Electric side window blinds will aid privacy.

Further catering to rear seat occupants, the car will include Jaguar's new Clear Exit Detection, an innovative technology that alerts rear seat occupants to traffic approaching from behind so they don't open their doors into an oncoming car.

Jaguar plans to offer the XFL with a range of engine choices starting with 2.0-liter turbocharged 4-cylinders in two power outputs and a 3.0-liter supercharged V-6. All XFLs will send power to all four wheels and will be offered exclusively with an 8-speed automatic gearbox.

Jaguar says the XFL will go into production at a plant it operates in partnership with Chery in Changshu later this year.