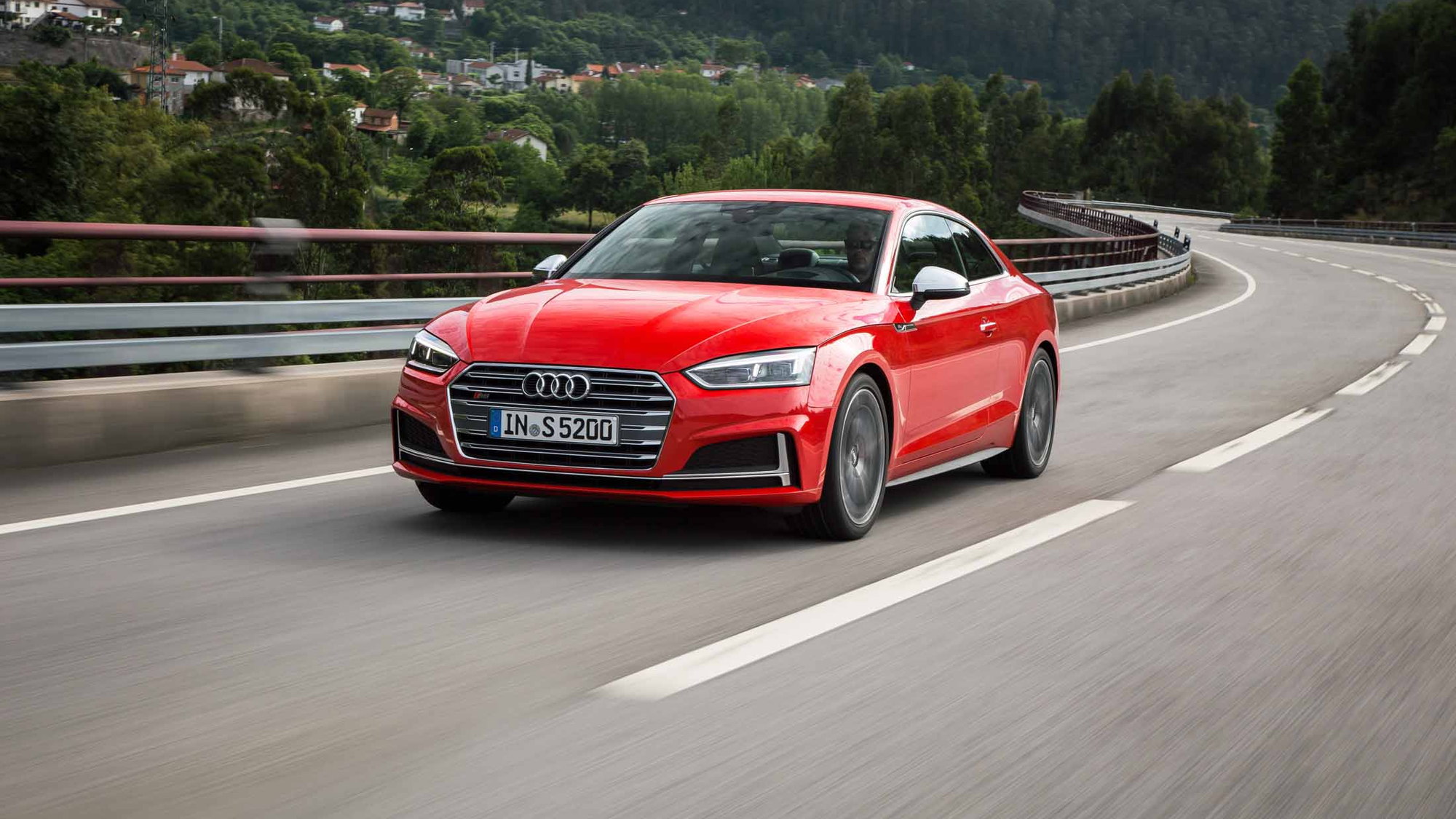 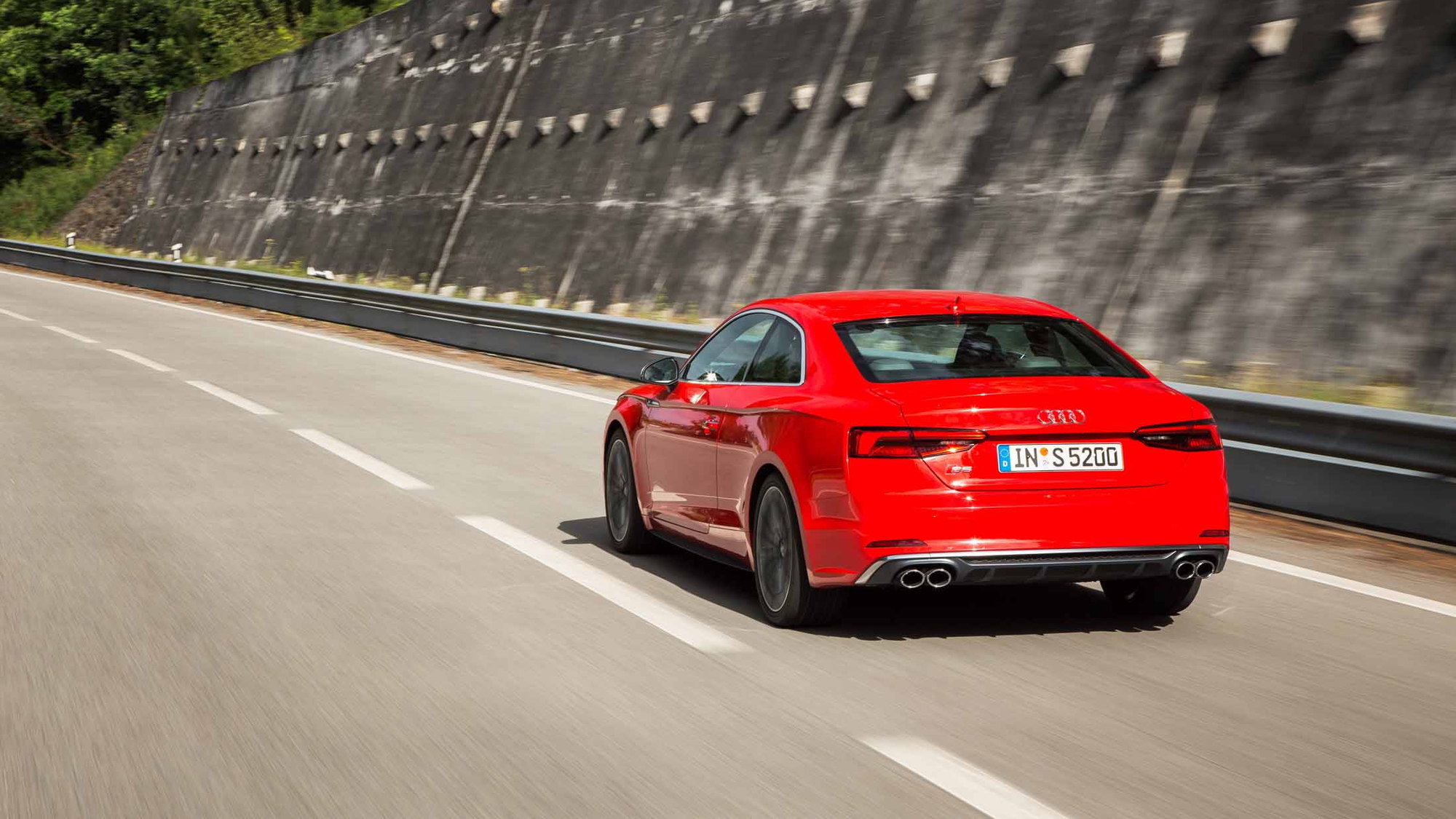 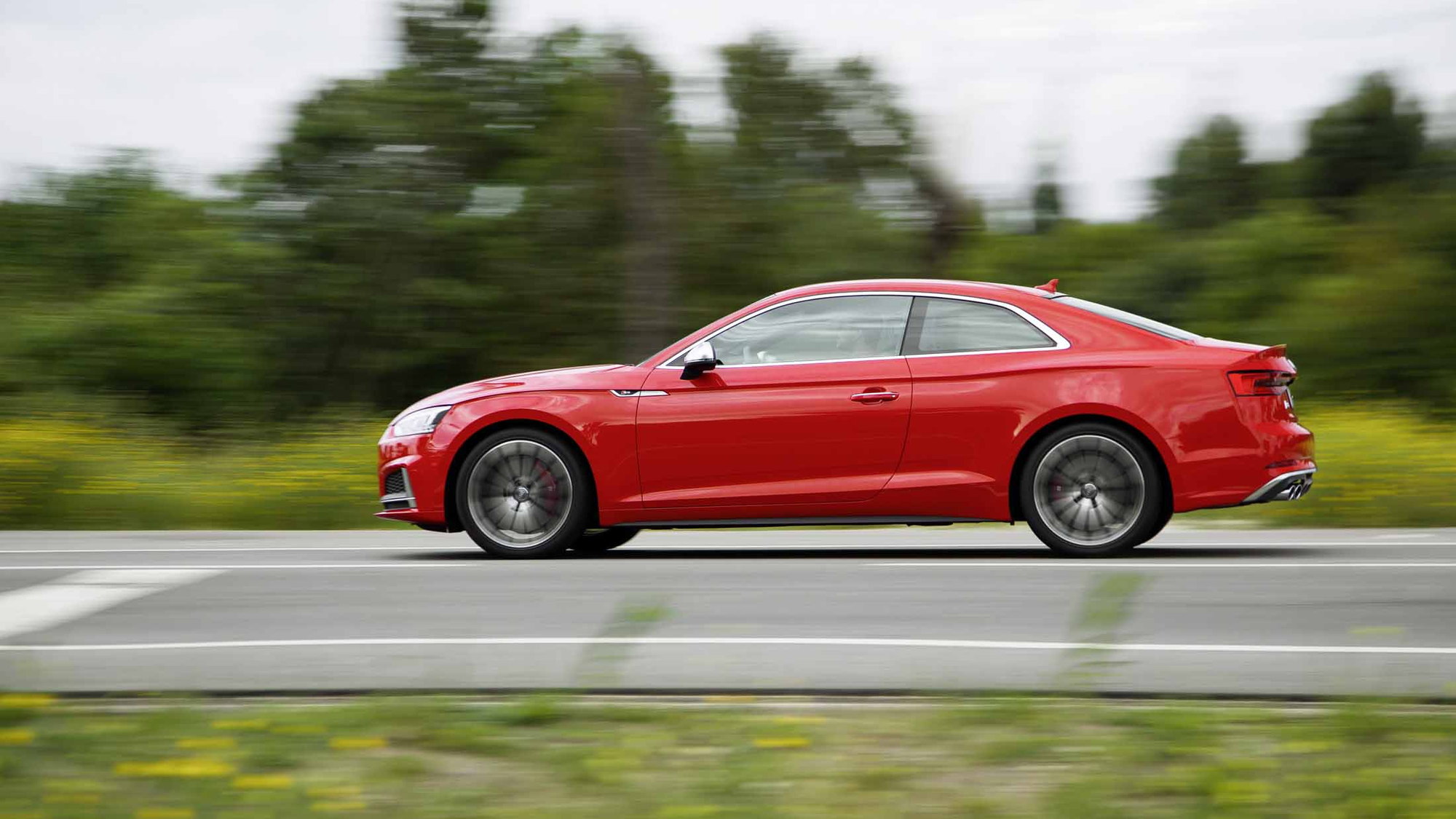 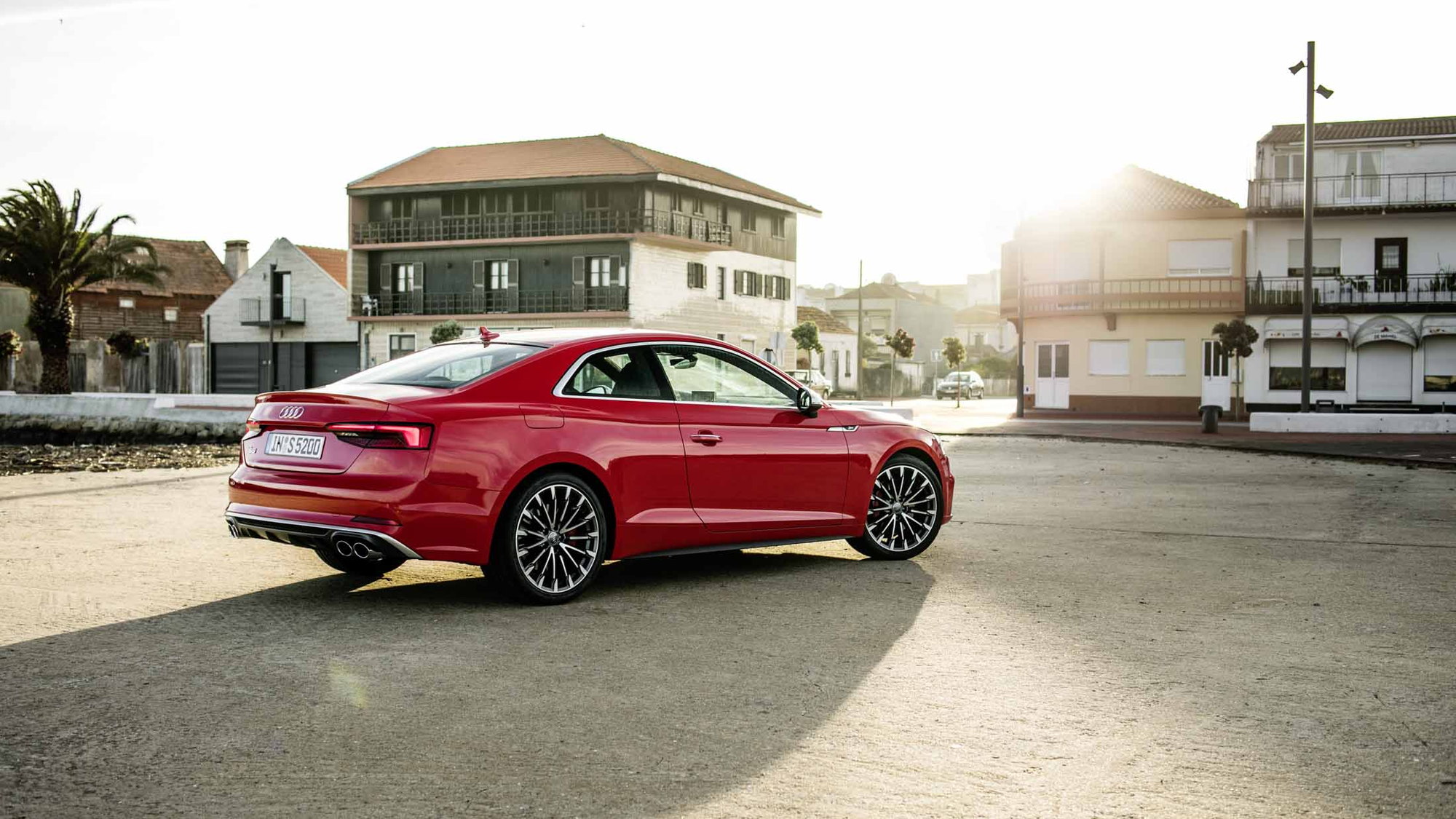 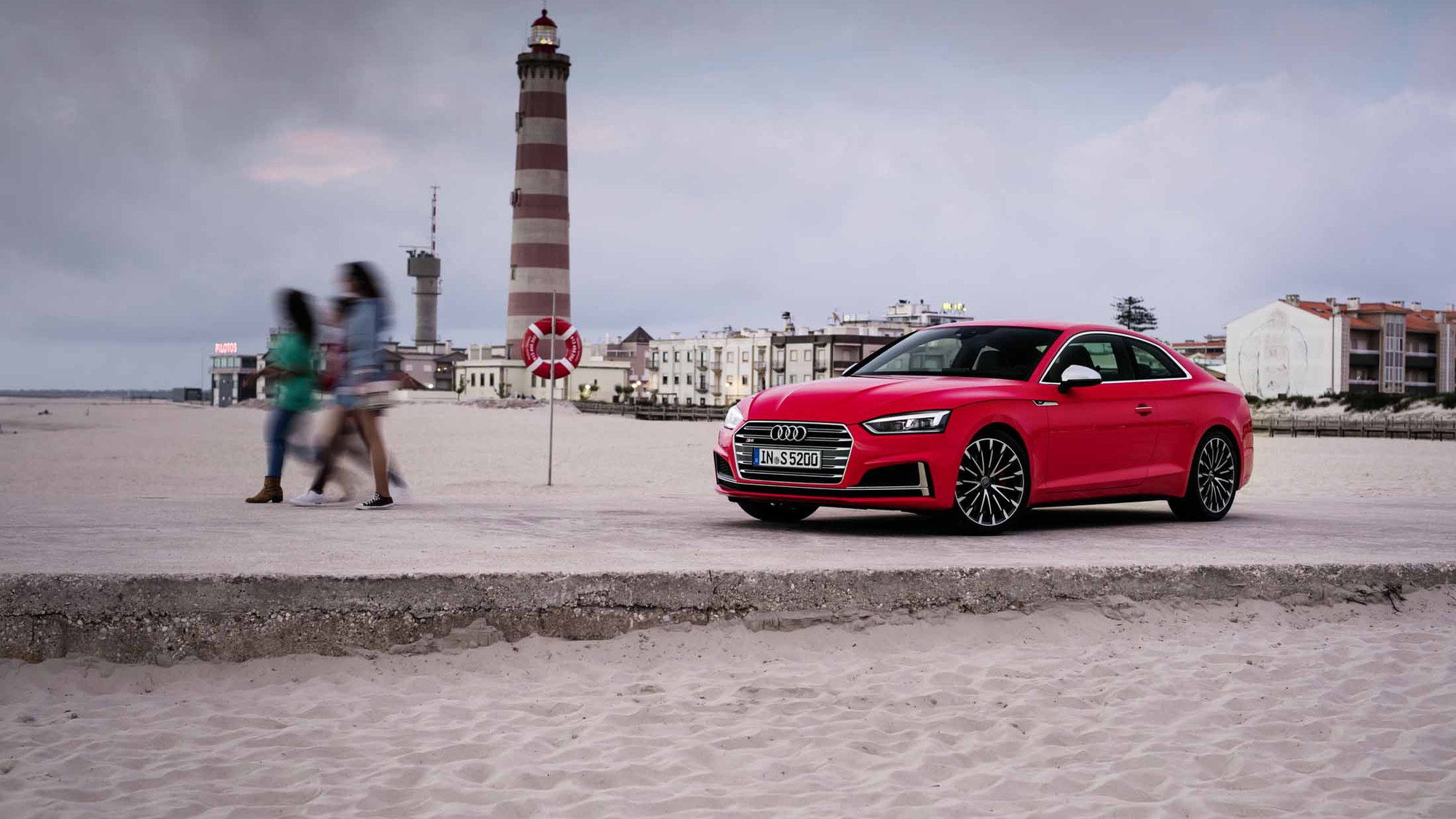 Audi's A4 brings home the bacon for its U.S. sales arm, but there's no denying the stylish spin-offs that give the compact-car family its panache: the Audi A5 and S5.

These Audi twins vie for attention at the dinner table. Between bites, the sleek A5 catches up on the #RichKidsOfInstagram hashtag. At the other end of the table sits the S5, flexing its muscles and espousing the benefits of a paleo diet.

At their core, they're the same car, and they're both clear descendants of the A4 that Audi itself calls its "center of gravity." But they couldn't have more different personalities.

On paper, the latest versions of the A5 and S5, new for the 2018 model year, look like their predecessors. Even in person, they're somewhat difficult to discern from the outgoing models. But as follows Audi tradition, the differences are in the details.

For one, both cars get updated engines and different gearboxes. In the A5, that means a 2.0-liter turbocharged 4-cylinder rated at 252 horsepower and 273 pound-feet of torque, while the S5 ups the ante with a 3.0-liter twin-turbocharged V-6 rated at 354 hp and 369 lb-ft.

Both figures represent a 20-percent improvement over the previous pair. Combined with a diet that shed about 100 pounds from its curb weight, these twins go about their business in a decidedly more sporting manner. Audi's Drive Select system is back to allow drivers to pick the steering, throttle, shifting, and when properly equipped, adaptive suspension parameters.

The variety of transmission flavors is a little smaller. A5s get a standard 6-speed manual or a 7-speed dual-clutch automatic, but despite its sporty positioning, the S5 is built exclusively with an 8-speed automatic. Last year's stick-shifted S5 bites the dust. Europe sees a wider range of gas and diesel engines for the A5, but American enthusiasts should take solace in knowing that no manual 2018 Audi S5 will exist—anywhere. Hey, at least we aren't denied all of the cool stuff.

On any setup, Audi's quattro all-wheel-drive system is the only option. The stick-shifted A5 2.0T will use Audi's new quattro ultra, which decouples the rear axle to save fuel when not needed—say, in a straight line at highway speeds.

Underneath, the cars utilize the same updated version of Audi's MLB architecture that underpins the 2017 Audi A4. The similarities continue inside with a dashboard, center console, and bags of technology lifted directly from the A4. Despite their nomenclature, the A5 and S5 are simply two-door versions of the A4 and S4, respectively.

They do look a little more evocative than the sedans, however, thanks to their wider haunches and more detailed head and tail light assemblies. No, they won't grab your attention in the way that the Mercedes-Benz C-Class Coupe does, but the A5 and S5 look a little more muscular to match their upped power outputs. No, nobody will confuse one with a Dodge Viper, but a more muscular hood and sharper detailing make them more interesting to look at.

As a result of the new platform, the cars' engines are mounted slightly farther back than before, which reduces the nose-heavy feel of the outgoing models. That's crucial: Despite their sexy looks, the previous A5 and S5 were less sports cars than sporty coupes. That character remains, especially in the relatively soft A5, but the S5 significantly ups the ante.

Admittedly, our time behind the wheels of both was limited mainly to narrow, rough pavement through the vineyards around Porto, Portugal, but we did fly home with an especially positive impression of the S5.

Even in its firmest Drive Select setting, Dynamic, the S5 more comfortably absorbs rutted terrain without compromising any of its inherent athleticism. Its electric power steering delivers a commendable amount of road feel without taking the easy way out of simply being too heavy, all the better to enjoy the decidedly more sorted chassis.

Throttle the S5 and it roars to life, the red tachometer needle swings rapidly to the right before the 8-speed fires off some of the fastest shifts we've seen from a conventional automatic. That said, the S5 utilizes Audi's version of the well-received ZF 8-speed gearbox seen in countless other cars; but this may be its best home yet.

Although its front end is more prone to digging into a hard corner than in rear-drive cars like the C-Class or BMW's 4-Series, the S5 is thoroughly entertaining to drive. We're eager to sample Mercedes' new C43, but the S5 generally manages to make the BMW 435i feel like yesterday's news.

The A5 aims for a different buyer, even if the two cars are essentially indistinguishable at first glance. Its 2.0-liter engine delivers respectable grunt, the kind of performance that would have been supercar worthy just a few years ago. Yet despite its dual-clutch gearbox, the coupe feels more relaxed and comfortable and relishes hustling along in silence.

It is in the A5 that we appreciated the substantial sound deadening efforts Audi has put into its latest compact range. Certainly not a mere highway cruiser, the A5 may strike the best balance between performance and livability, not to mention price, of the two for most buyers.

But that's sibling rivalry, with each member of the clan showing off its strengths. Now pass us the potatoes while we wait for big brother RS 5 to come home.