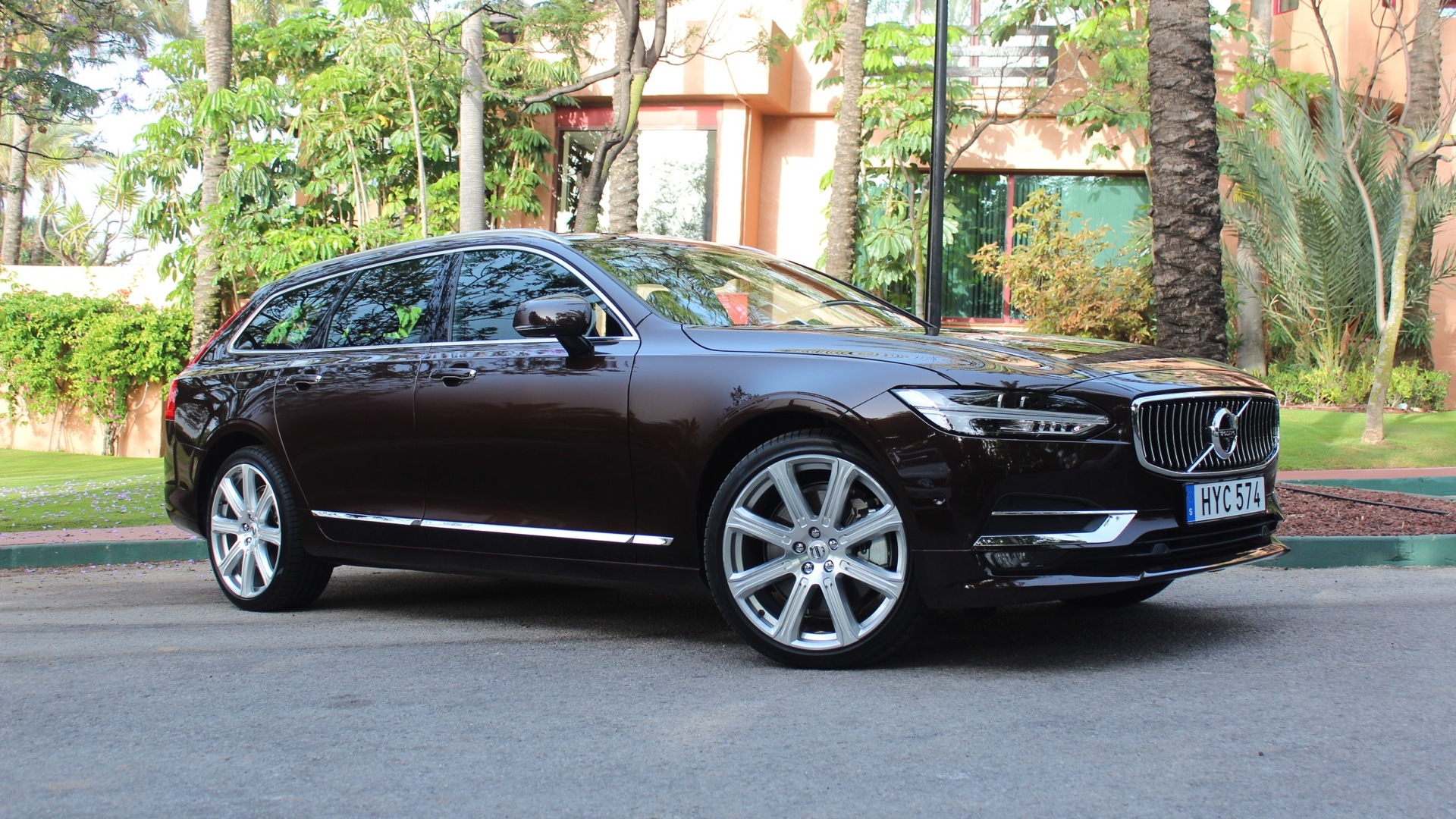 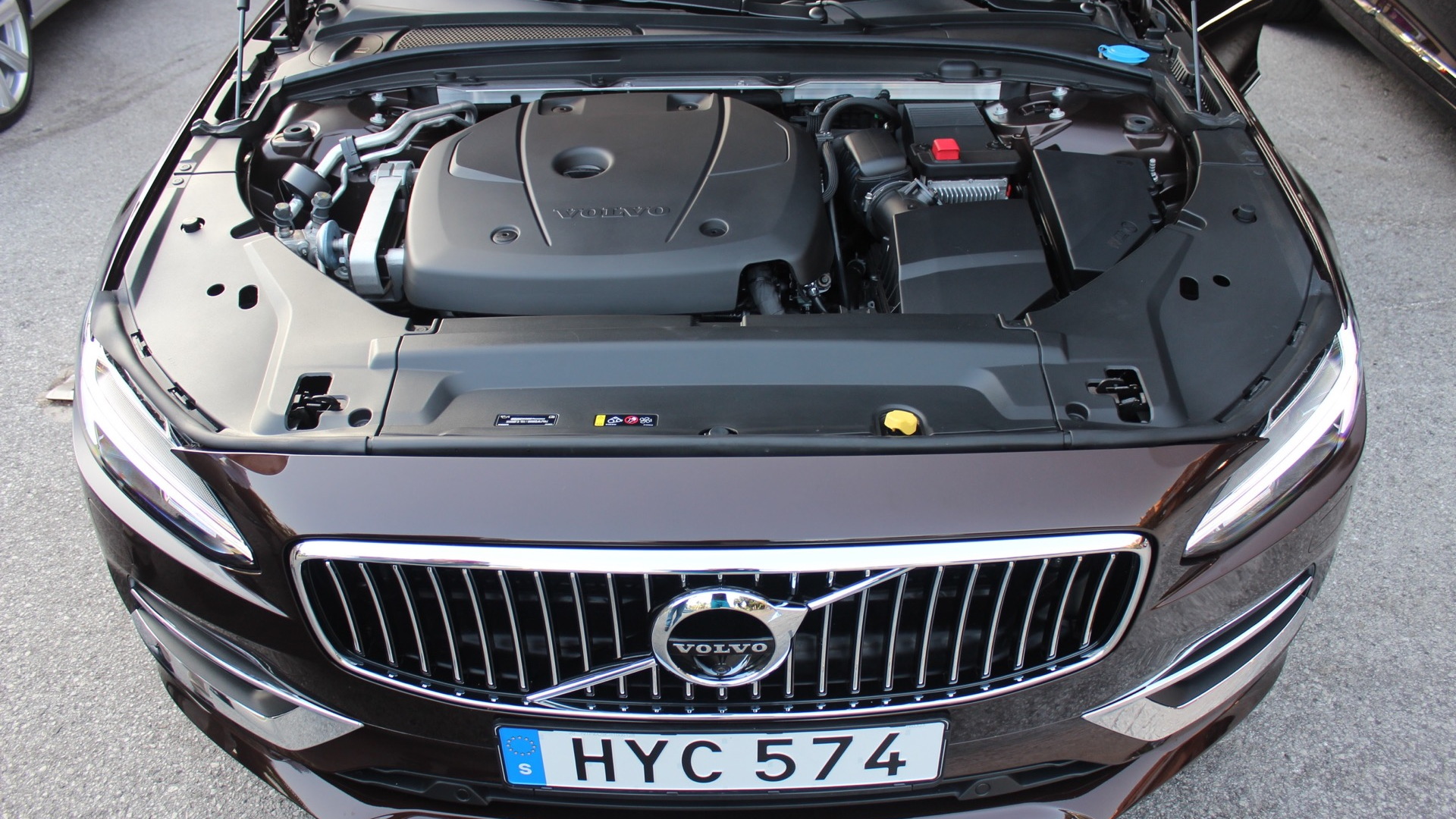 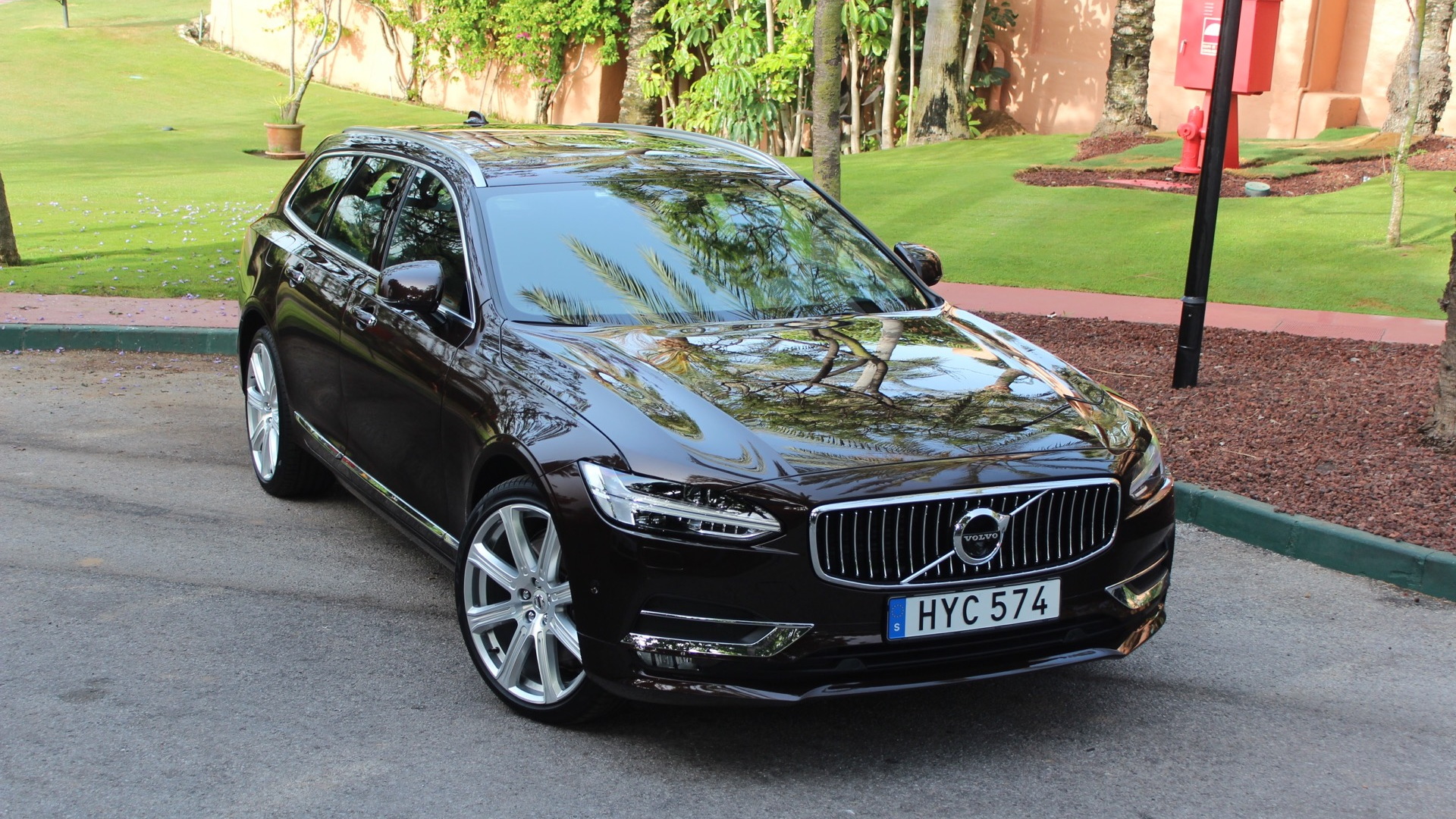 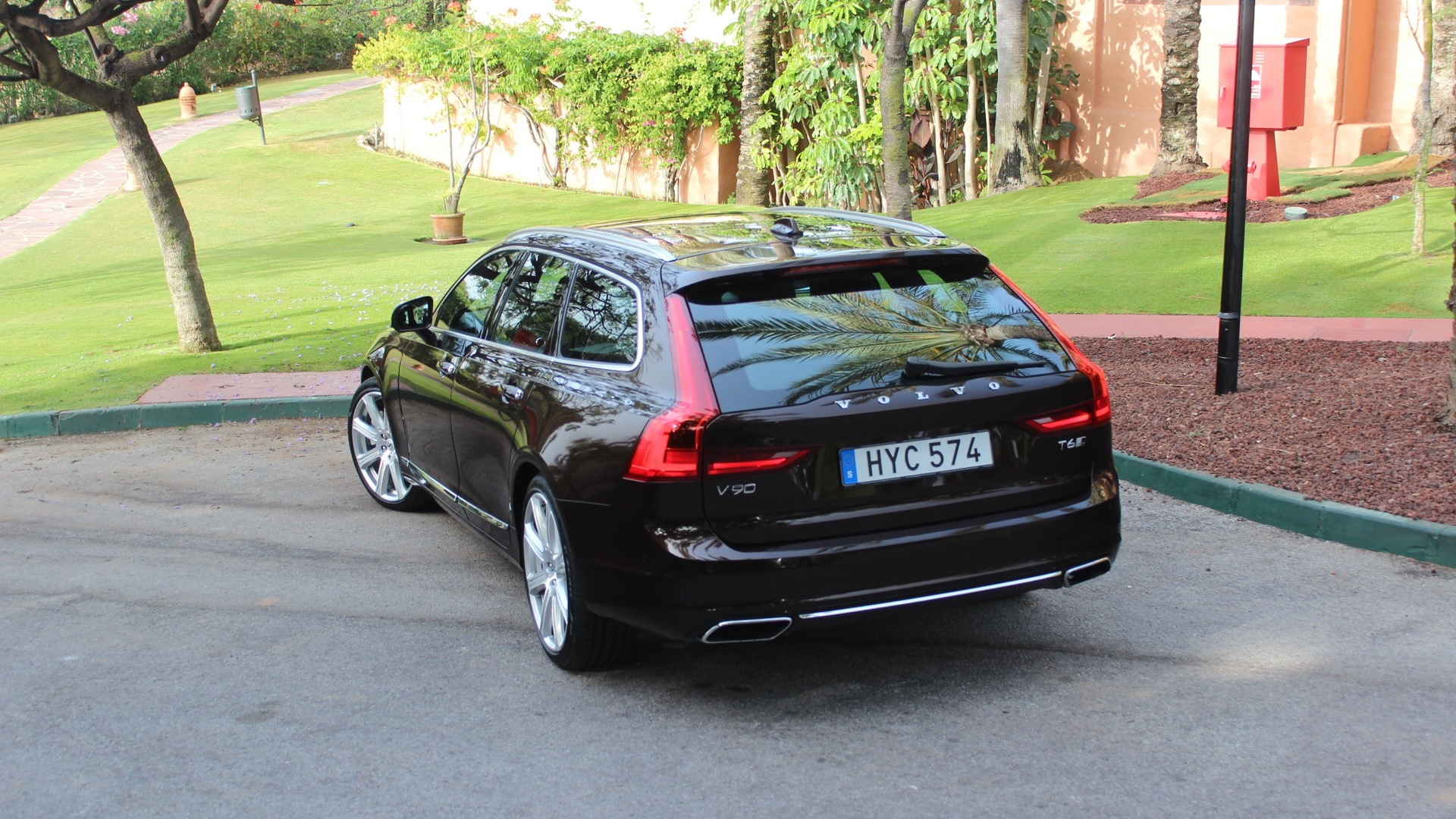 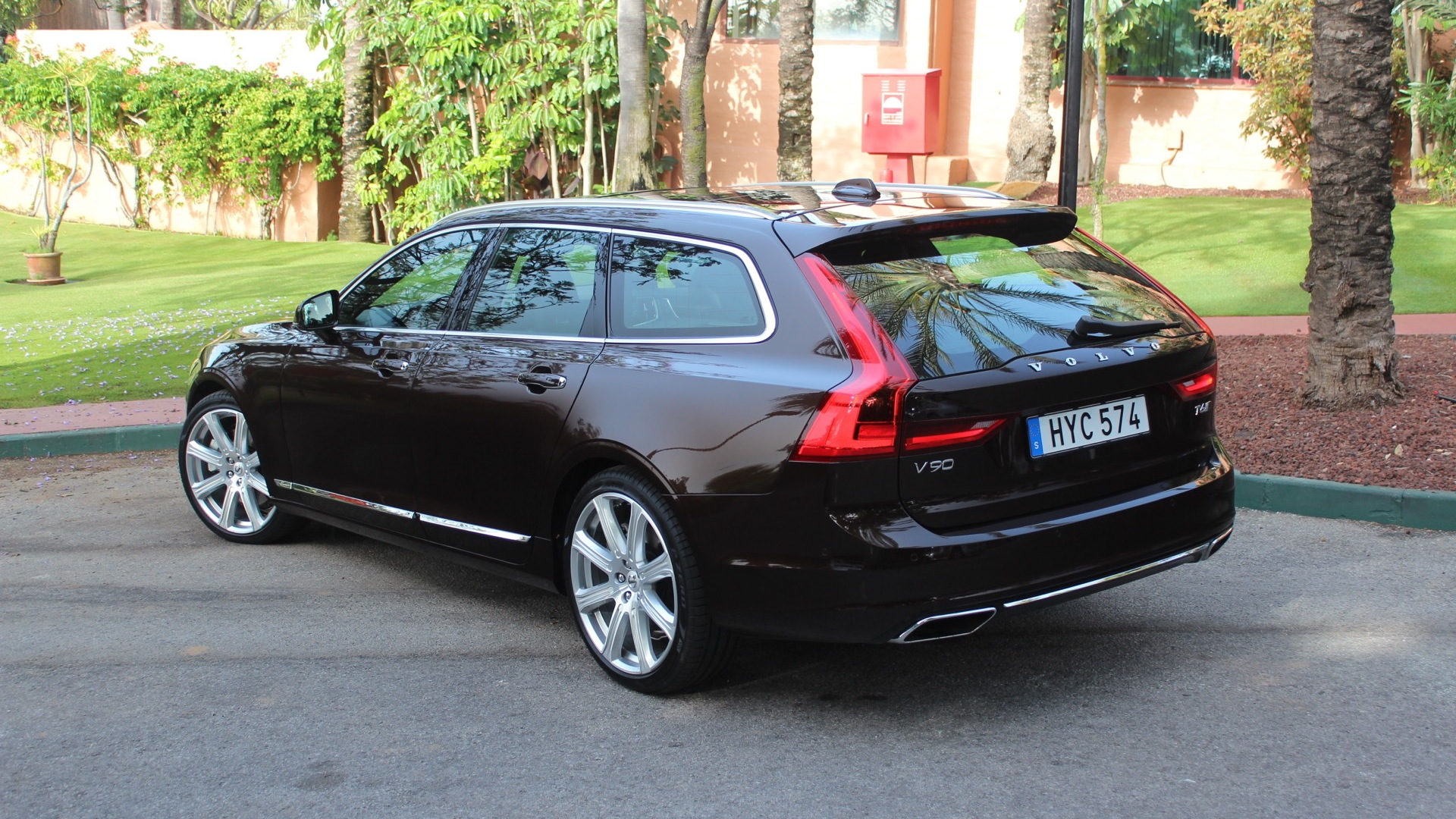 Wagons have been staged for a comeback for more than a decade. Yet time after time, seemingly splendid, sporty wagons have fizzled in the American market.

Is Volvo being hopelessly optimistic in bringing the V90 wagon to the U.S., where wagon sales barely break a one-percent market share year after year?

After spending a short time with the 2018 Volvo V90 (and some more in depth time for a first drive of the S90 sedan) in Spain, we think this full-size wagon actually stands a chance of winning back hearts and minds in far greater numbers.

But why do we think Volvo can make a go of selling a wagon in the U.S.? First off, wagons have always been a big thing at Volvo. As with Subaru, shoppers look to the brand if they’re considering this shape of vehicle, and Volvo has never entirely given up the format.

Second, from the first glance down to the details, the V90 is beautiful. Third, it packs some world-first safety technology, as you might guess. And finally, it doesn’t pin itself overly dearly to one niche of the luxury market or another. In other words, it can appeal to various types of buyers.

The V90 is not trying to be any sort of harsh sport-wagon brute that only appeals to the driver and leaves the passengers wishing they’d gotten that cushy crossover SUV. Volvo calls its target for the on-the-road personality of the S90--and by extension, of the V90--“relaxed confidence.” The term is perfect for describing its ride and handling. It's definitely soft, but its suspension loads up and unloads nicely in corners, without a lot of excess body motion.

The only thing lacking here is road feel from the steering (which should also wind and unwind a little easier), but that's not out of character for a big wagon.

Confident, refined, and easy-driving is a good way to sum up how the V90 feels the vast majority of the time. In the T6 model we drove, the combination of the 316-horsepower supercharged-and-turbocharged 2.0-liter 4-cylinder engine, a decisive, smooth-shifting 8-speed automatic transmission, and proactive all-wheel drive make this model unflustered in all but the most extreme maneuvers. Full throttle takeoffs on coarse, smooth pavement didn’t produce even a peep from the tires (think 0-60 mph in around 5.5 seconds), and while the engine doesn’t have a lot of grunt for moving this approximately 4,500-pound wagon off a standing start, it never seems to be lacking once underway.

Utilitarian, yes, but not to an extreme

For the most part, the V90 has every bit of the wagon goodness and flexibility you’d expect. There are two exceptions: The rear hatch is angled a bit more than some would want, and the side glass tapers a bit, limiting the size of the aperture for loading larger items. The rear door cuts are also surprisingly narrow. While that limits how convenient it is to load stuff from the side, it also makes entry and exit to the flat-folding back seats a little more difficult than it needs to be.

Those back seats are sized right for adults, and very comfortable. The width of the V90 permits three-across seating if you’re willing to touch elbows with your seatmates. But, as is expected for Volvo, the front seats are superb--supportive in every way, widely adjustable, and so comfortable that they'd put any high-end desk chair you’ve ever had to shame. You might just arrive with your back feeling better than it had before you started driving.

Volvo’s Pilot Assist technology also helps ease the driving experience. With steering assist that monitors lane markings, as well as the edge of the road when needed, this is far more than an adaptive cruise control with automatic braking and integrated safety systems. Once you’ve clicked the system on with a toggle button on the left steering-wheel spoke, you can take your hands off the wheel and the V90 will stay in its lane. It’s a feature intended for broad highway curves, not city streets, though, and it only lets you go hands-free for about 15 seconds at a time.

Starkly Scandinavian, with some Mediterranean warmth up close

You won’t need to take your hands off the wheel for long, though. The vertically oriented Sensus Touch system at the center of the dash remains one of the best in any vehicle, with a simplified home screen and intuitive ways of getting quickly to critical audio, communication, and climate-control functions. In our first drive, we found that the embedded data connection, with built-in Apple CarPlay and Spotify music streaming, offers plenty of easy-to-navigate entertainment possibilities.

After spending hours around the V90, we failed to find a bad angle for this wagon. Although it brings distinctive Scandinavian style into a template that’s tried-and-true for Volvo, it impresses as having a certain warmth and comfort to the ride and overall cabin experience that’s lacking from the German competition--the Mercedes-Benz E-Class wagon, for instance. And the long-hood, cabin-back proportions give it just enough of the heritage charm of the Volvo P1800 of the 1960s.

Get back to where you once belonged

The styling and design of the roomier crossover utes looks as unified and ubiquitous as ever. If you don’t need all that extra vehicle height and weight (and the clumsier handling and inefficiencies that they create), why not go with a wagon?

That’s a question we anticipate a generation of parents may soon be asking—a generation that grew up with the 240-Series Wagon (or V70, or 850, or 960, among many others) in East Coast and affluent big-city enclaves, then took them to college, and viewed them a boxy, ironic counterpoint in their 20s.

Yet there’s really no need for irony here. The new V90 is a return to the form for Volvo and, hopefully, the start of a great new generation of wagons. It goes on sale, likely priced from somewhere just above the $50k mark, around the middle of next year.