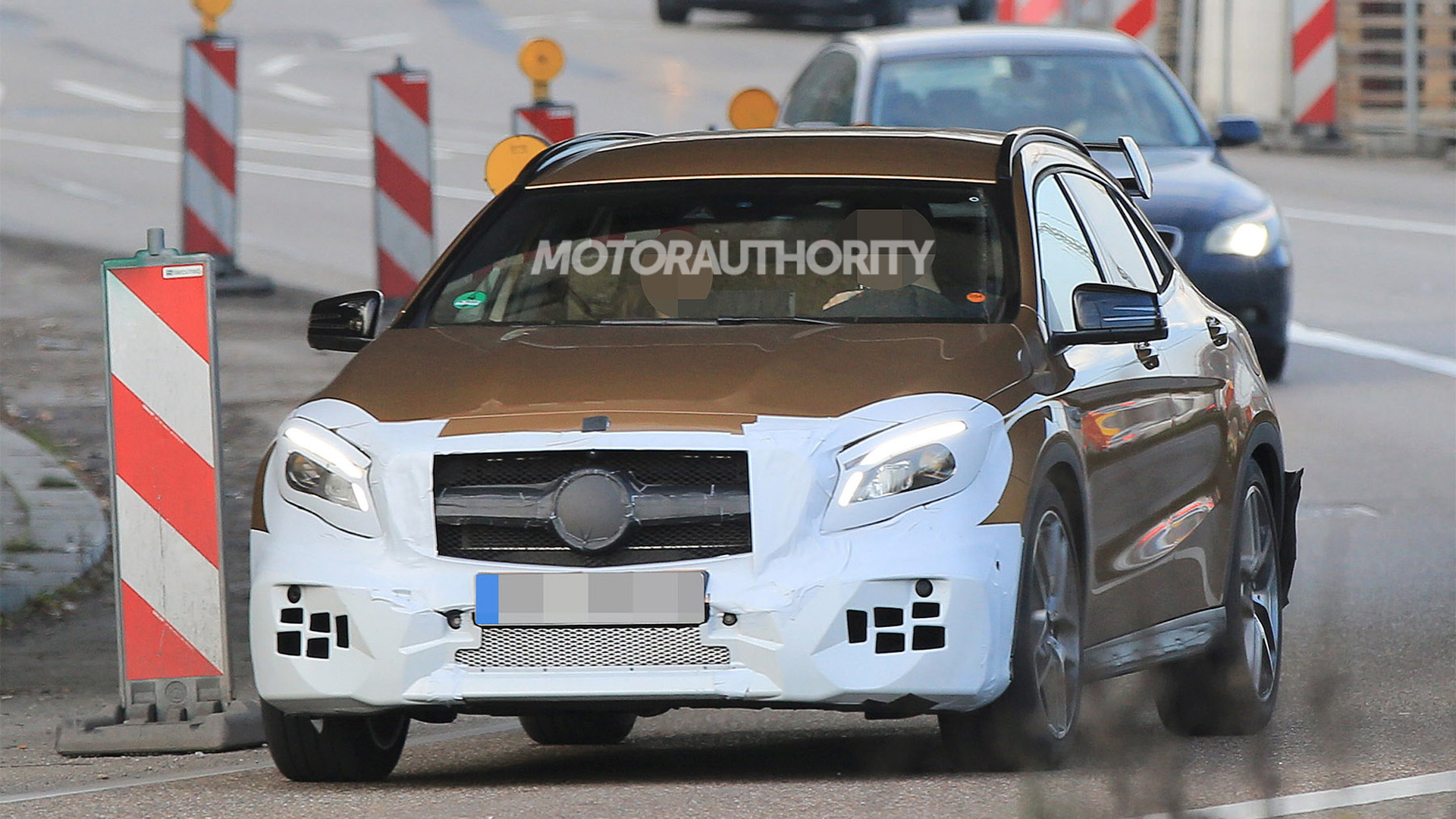 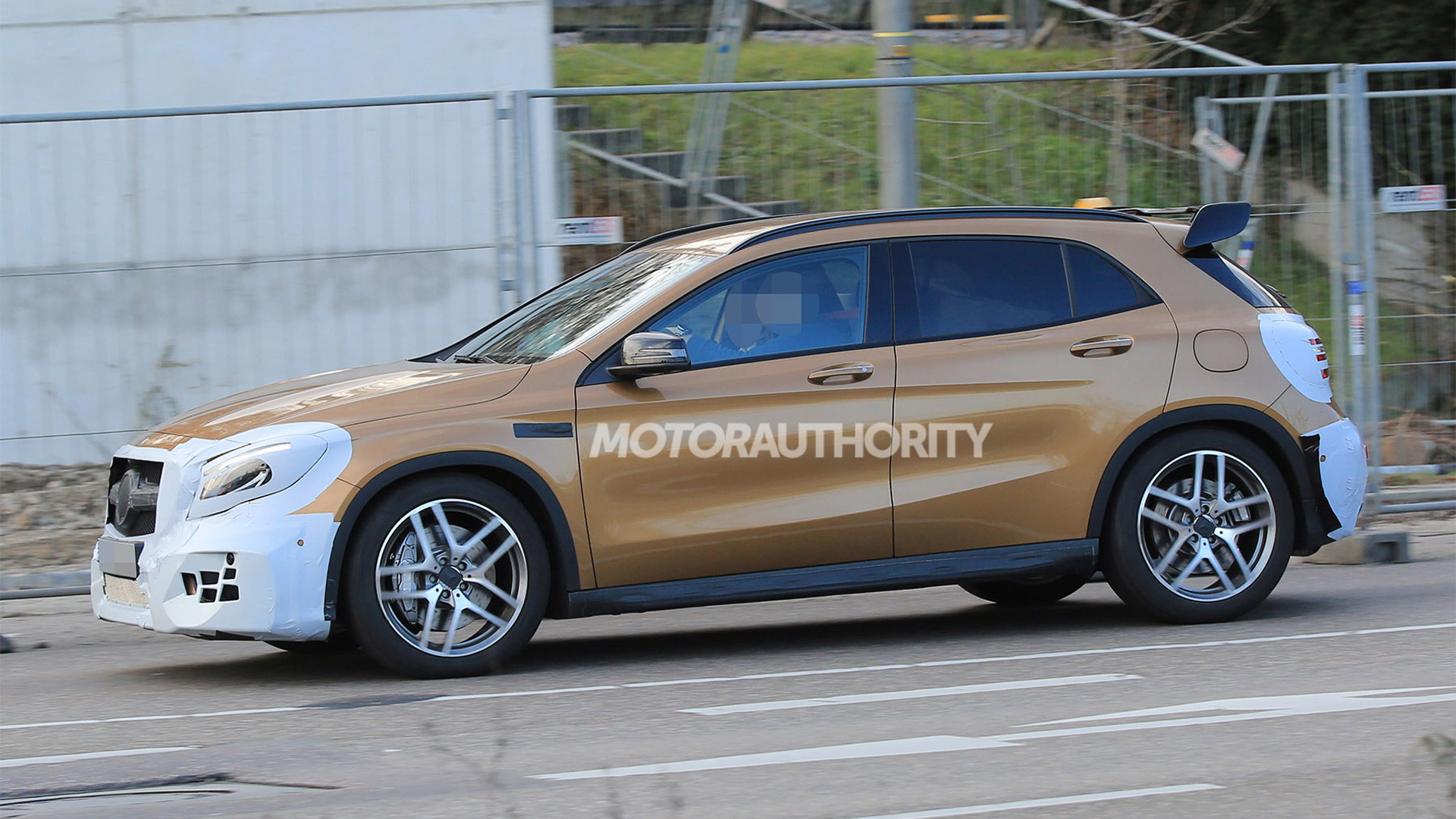 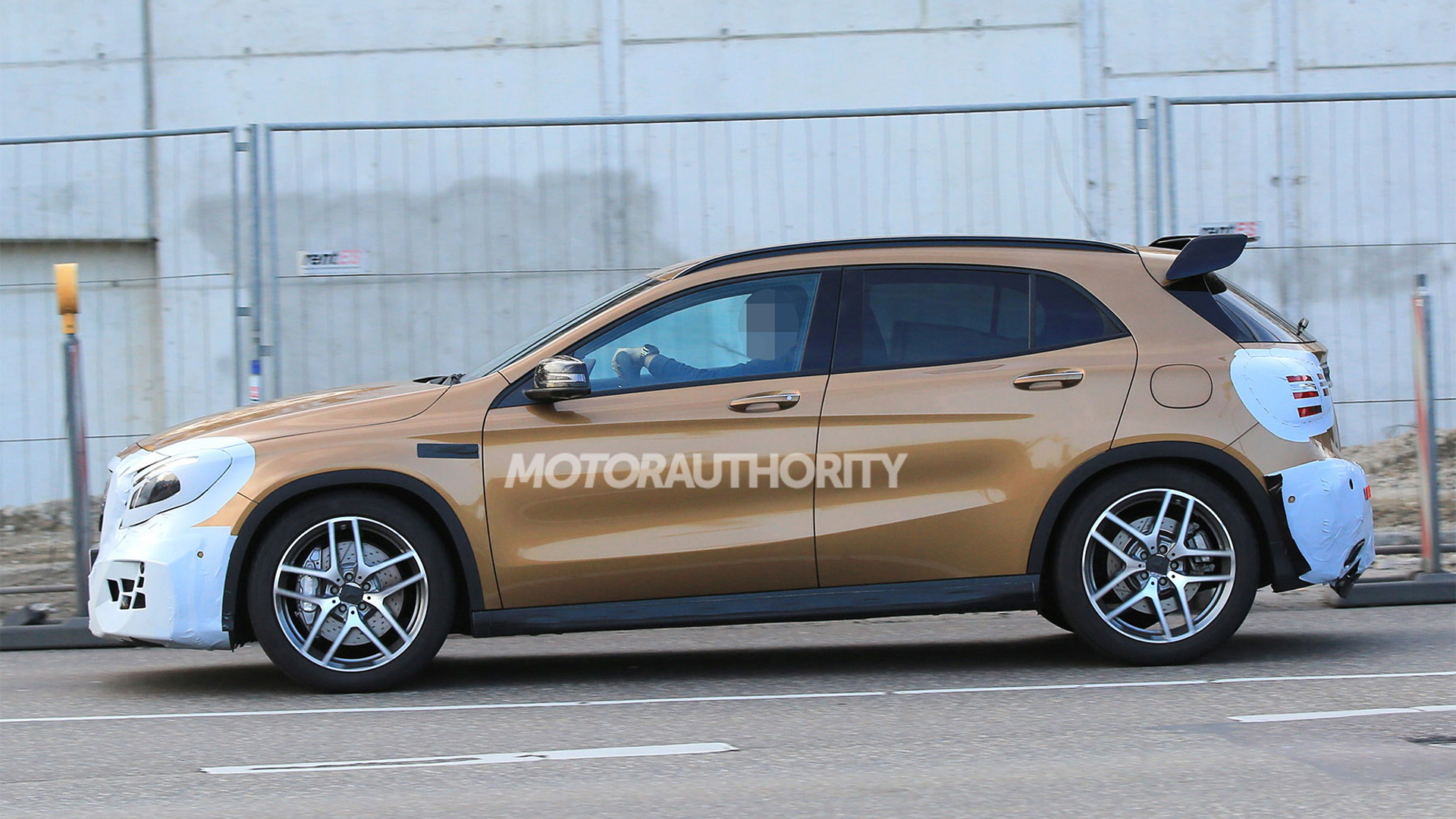 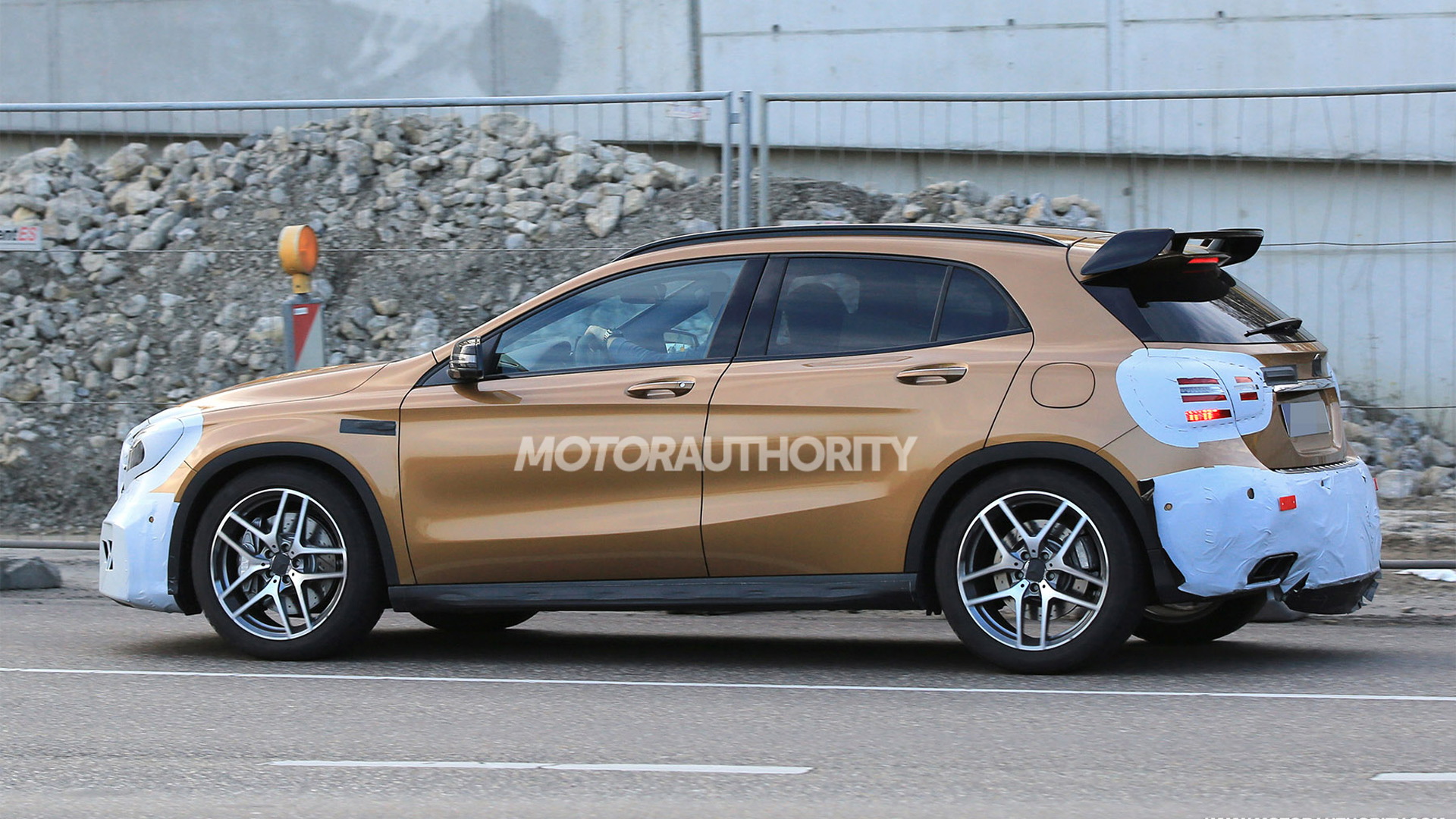 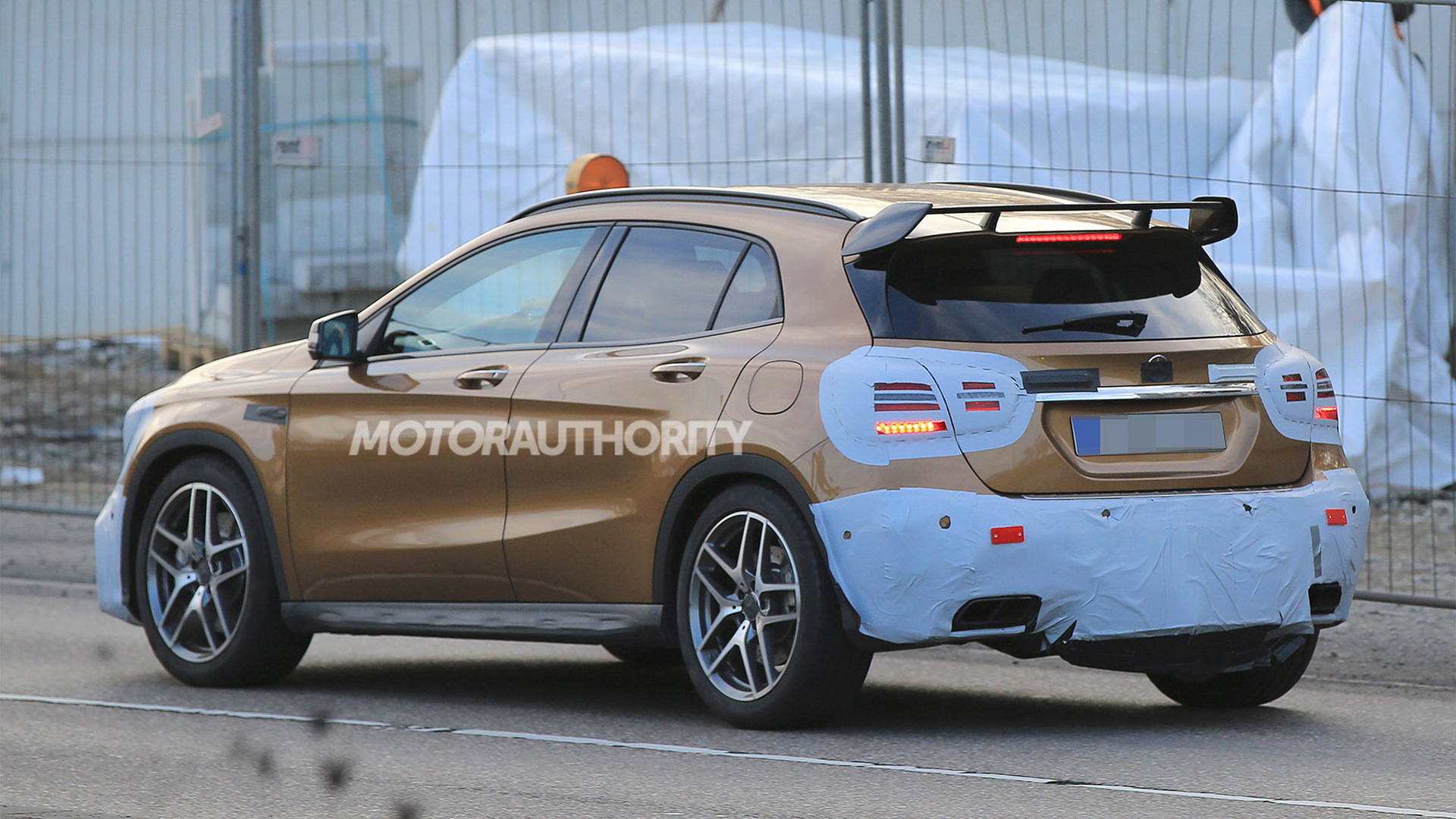 The Mercedes-AMG GLA45 may be classified as an SUV, but it is much closer to a hot hatch in reality.

That doesn’t detract from the car’s ability to put a massive smile on your face, as we discovered during a first drive at the launch a bit over two years ago.

With the entire GLA range about to undergo a mid-cycle update, it’s not surprising that a prototype for an updated version of the GLA45 has been spotted. We know this is the AMG model because of its front splitter, quad-exhaust tips, and uprated wheels and brakes. There’s also a massive rear spoiler similar to the one offered on the A45 sold overseas.

The changes to the car should be subtle. Look for tweaks to the bumpers, grille and lights. A few new trim options will likely be added to the cabin as well.

We’re not expecting many mechanical changes. This is because AMG just made some changes for the 2016 model year, with the GLA45 seeing output from its turbocharged 2.0-liter inline-4 bumped up to 375 horsepower, up from 355 previously.

While the updated GLA will debut January 9 at the 2017 Detroit auto show, we’re not expecting the GLA45 until later in the year. It will most likely appear during March’s 2017 Geneva auto show.