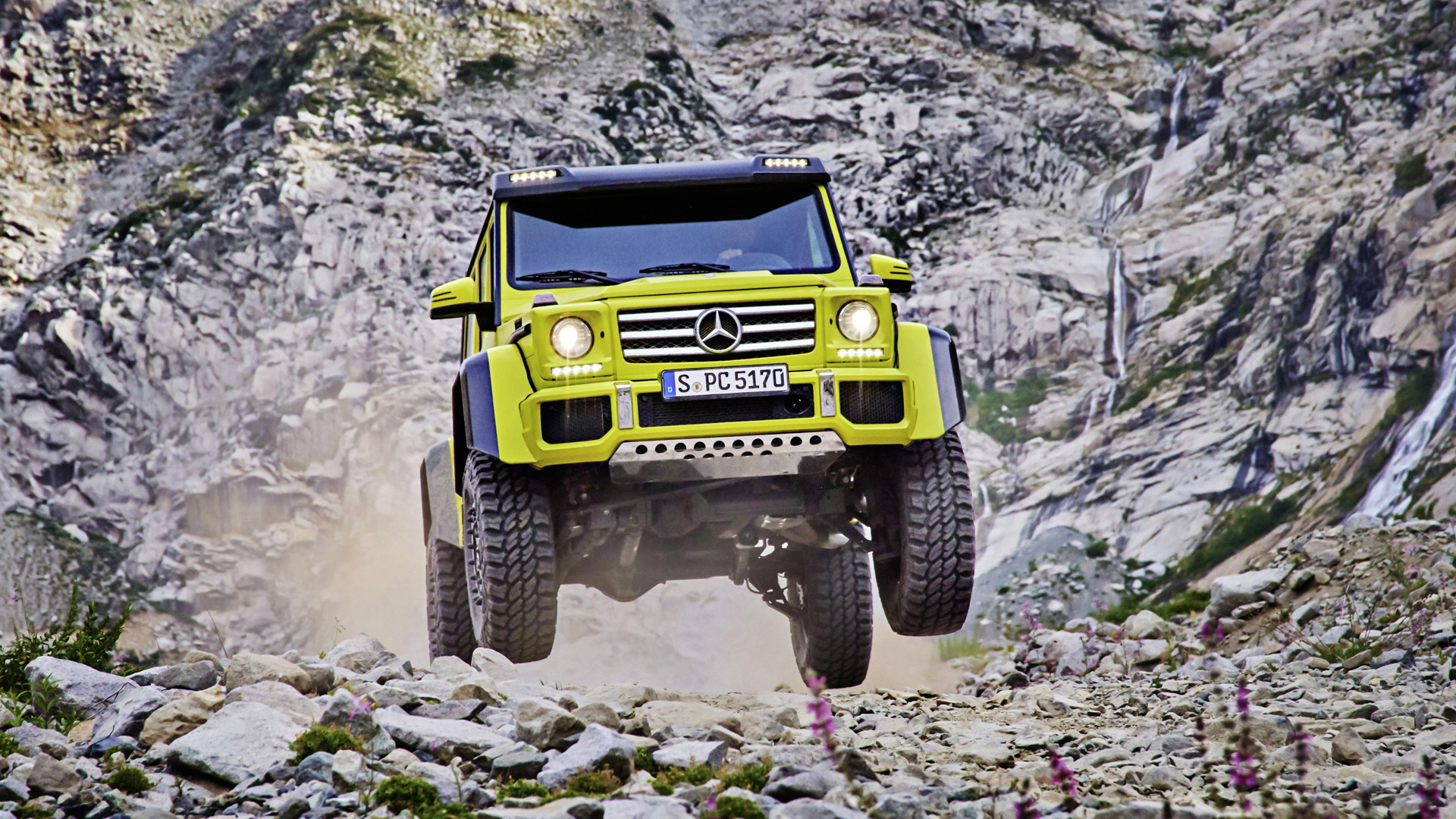 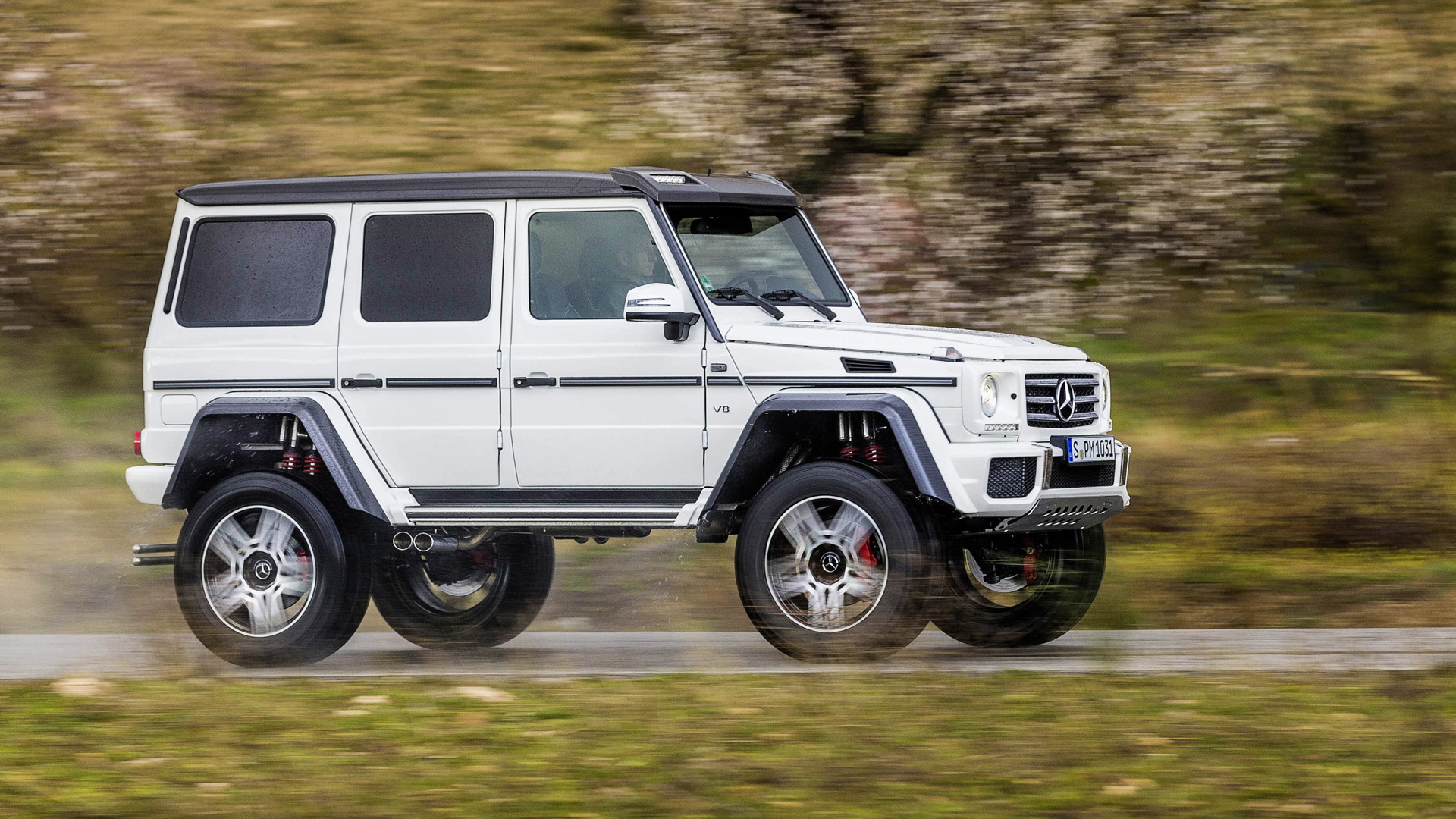 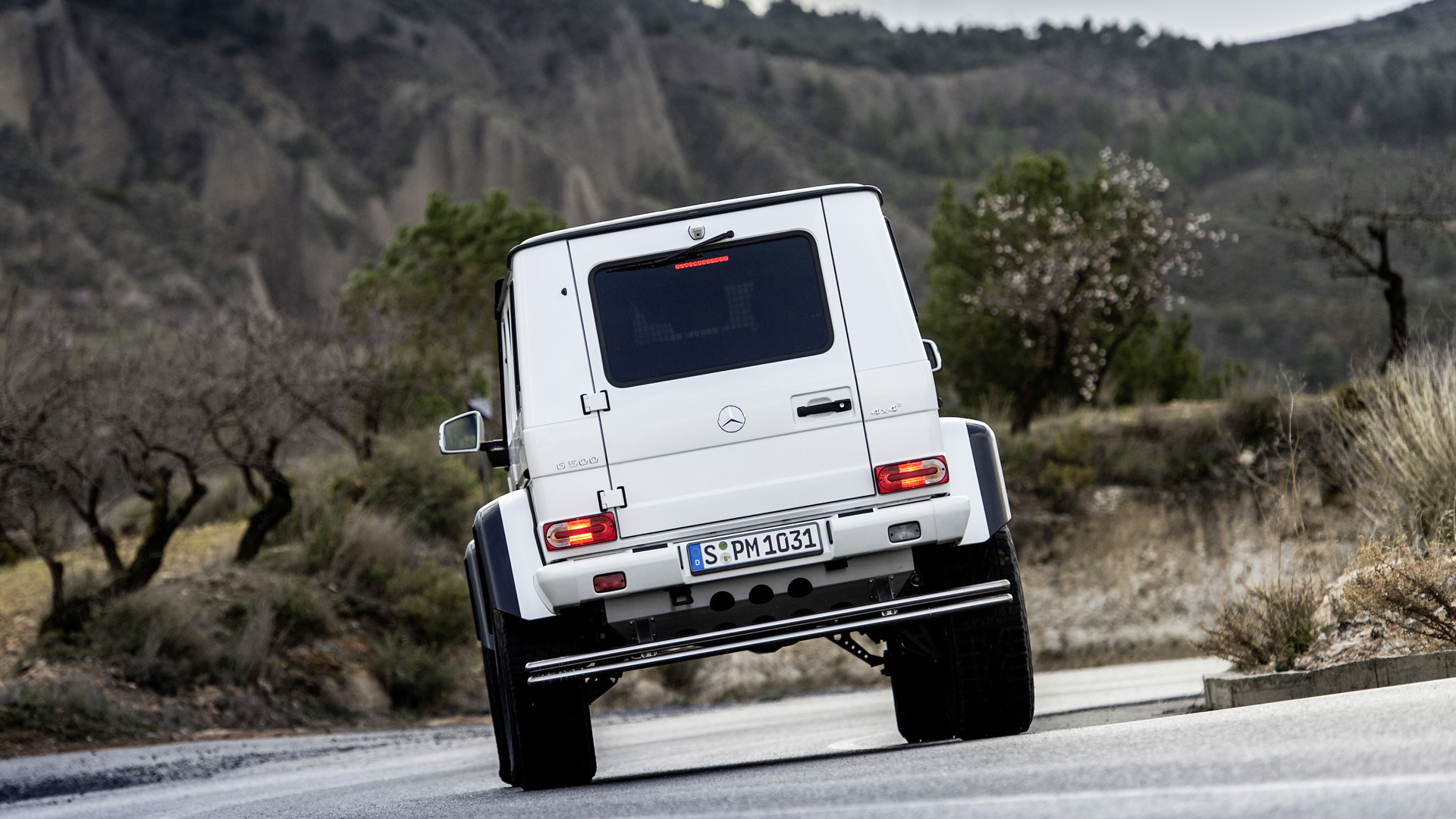 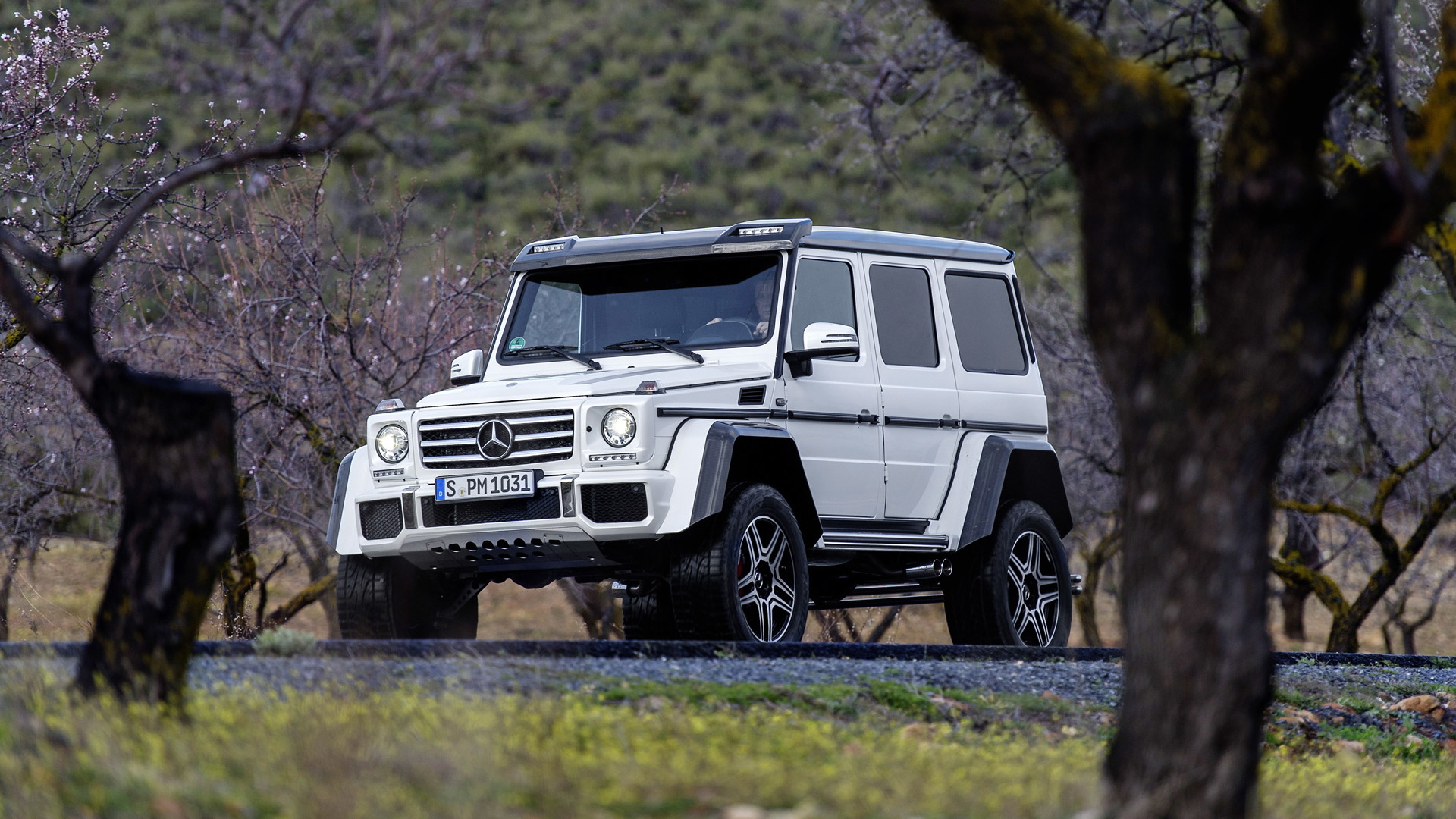 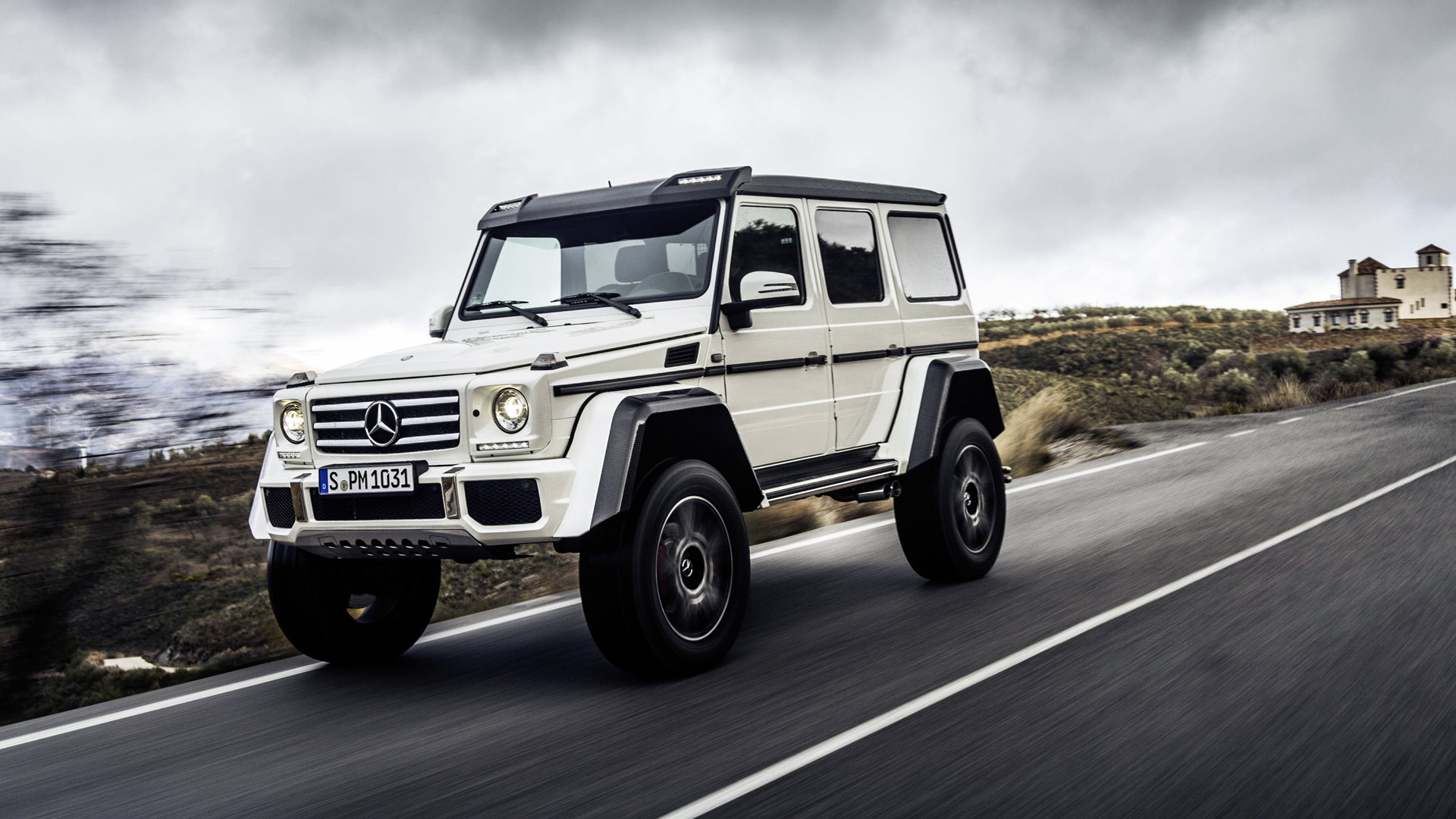 One of the biggest, baddest SUVs in production, Mercedes-Benz’s stoic G-Class, is about to get a whole lot tougher with the arrival of the new G550 4x4² variant.

The boxy off-roader goes on sale in the United States in early 2017, priced from $225,925 with shipping. This makes it the most expensive G-Class currently on sale, even eclipsing the V-12-powered Mercedes-AMG G65 which starts at $218,825.

The G550 4x4², first previewed as a thinly-veiled concept at the 2015 Geneva auto show, takes the hardware of the insane G63 6x6 and shoehorns it into the regular G-Class body.

The result is a G-Class with a much taller ride height (now over 17 inches), permanent all-wheel drive, reduction transfer case, three differential locks, and of course the portal axles. The latter is what contributes to the raised height: unlike conventional axles, the wheels, in this case a massive 22-in set, are not at the height of the axle but situated lower thanks to their individual portal transmissions.

In addition to making the vehicle higher, portal axles also increase the width. The width of the G550 4x4² is up more than 9.0 in at the front and 10 at the rear. The suspension includes damper struts and dual springs that have a high rate of travel to maximize surface contact even on the toughest terrain. And adjustable-damping shocks are aided by two stabilizer bars to ensure the vehicle remains compliant when on the tarmac.

Power comes from the same twin-turbocharged 4.0-liter found in the regular G550. It’s mated to a 7-speed automatic transmission and is rated at 416 horsepower and 450 pound-feet of torque in this latest application. Meanwhile, the all-wheel drive features 50:50 torque distribution between the axles and a low-range mode is standard.

Although we’re talking about a vehicle aimed at buyers in love with the great outdoors, the cabin of the G550 4x4², like most G-Classes, is luxurious and well-appointed. For the 2017 model year, all G-Class variants get an updated infotainment system with a new 8.0-inch display screen as well as extra connectivity options including Apple CarPlay and Android Auto smartphone integration.

The G550 4x4² made its North American debut on Wednesday at the 2016 Los Angeles auto show. To learn about some of the other vehicles appearing at the show, head to our dedicated hub.