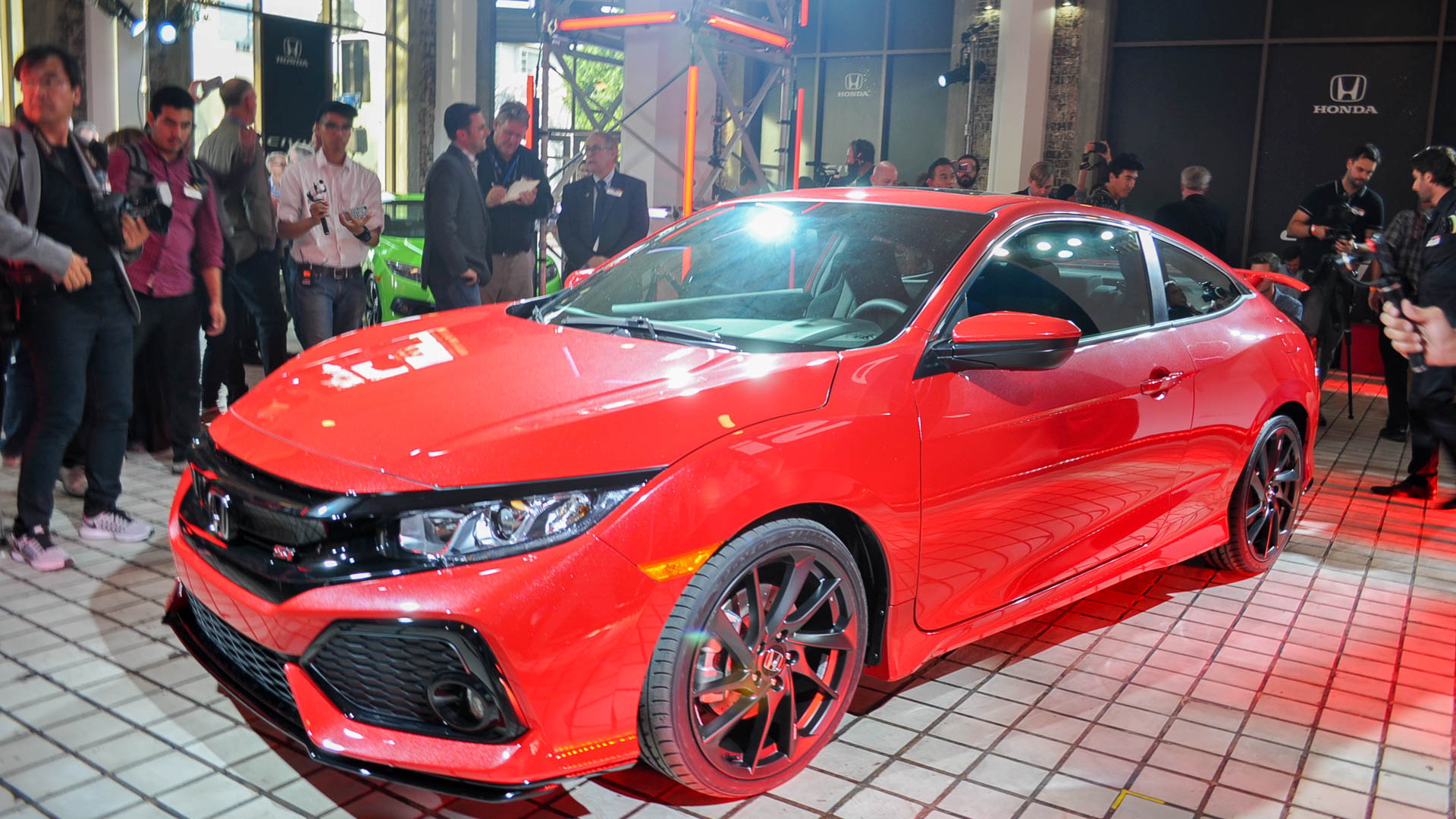 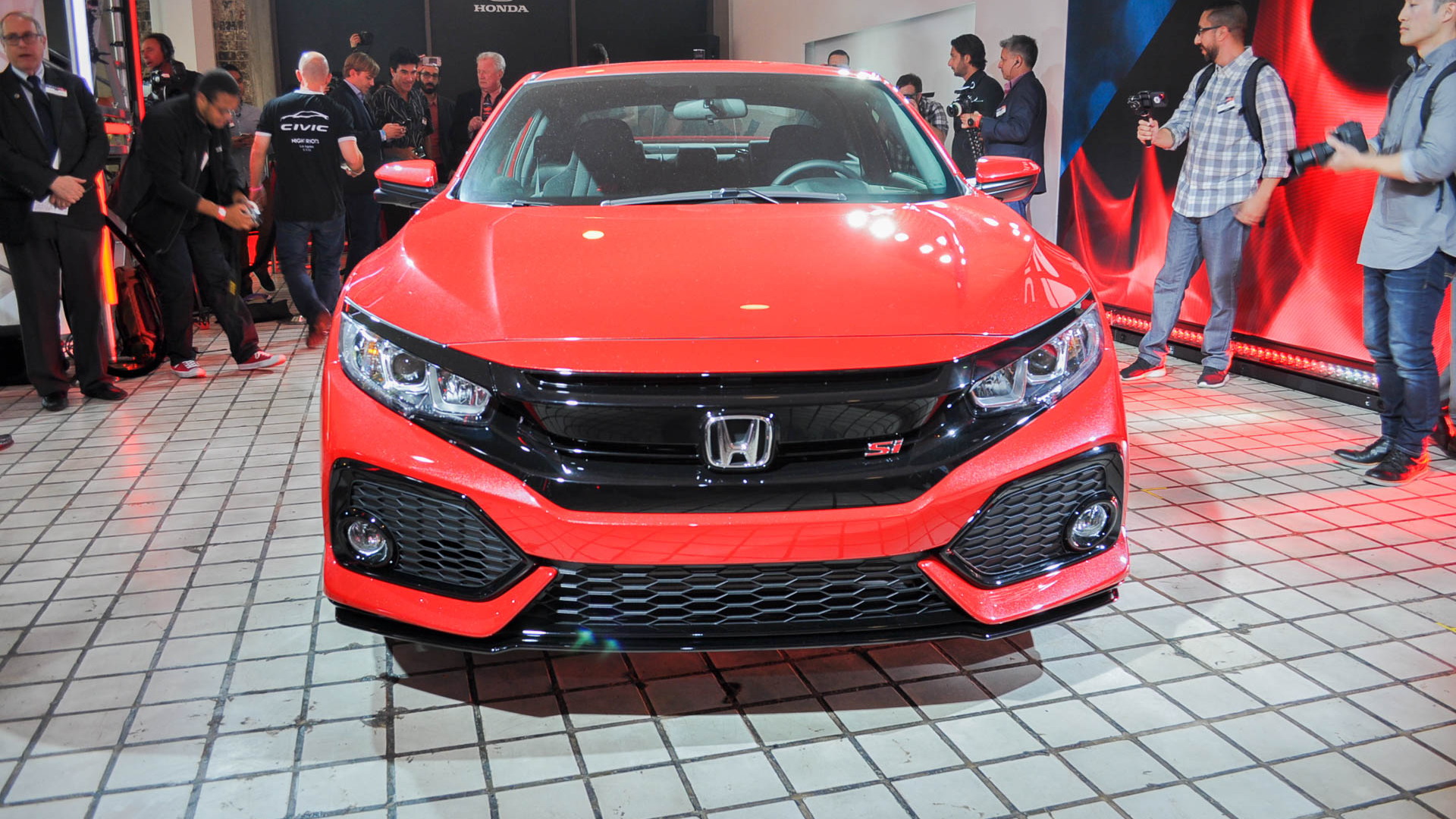 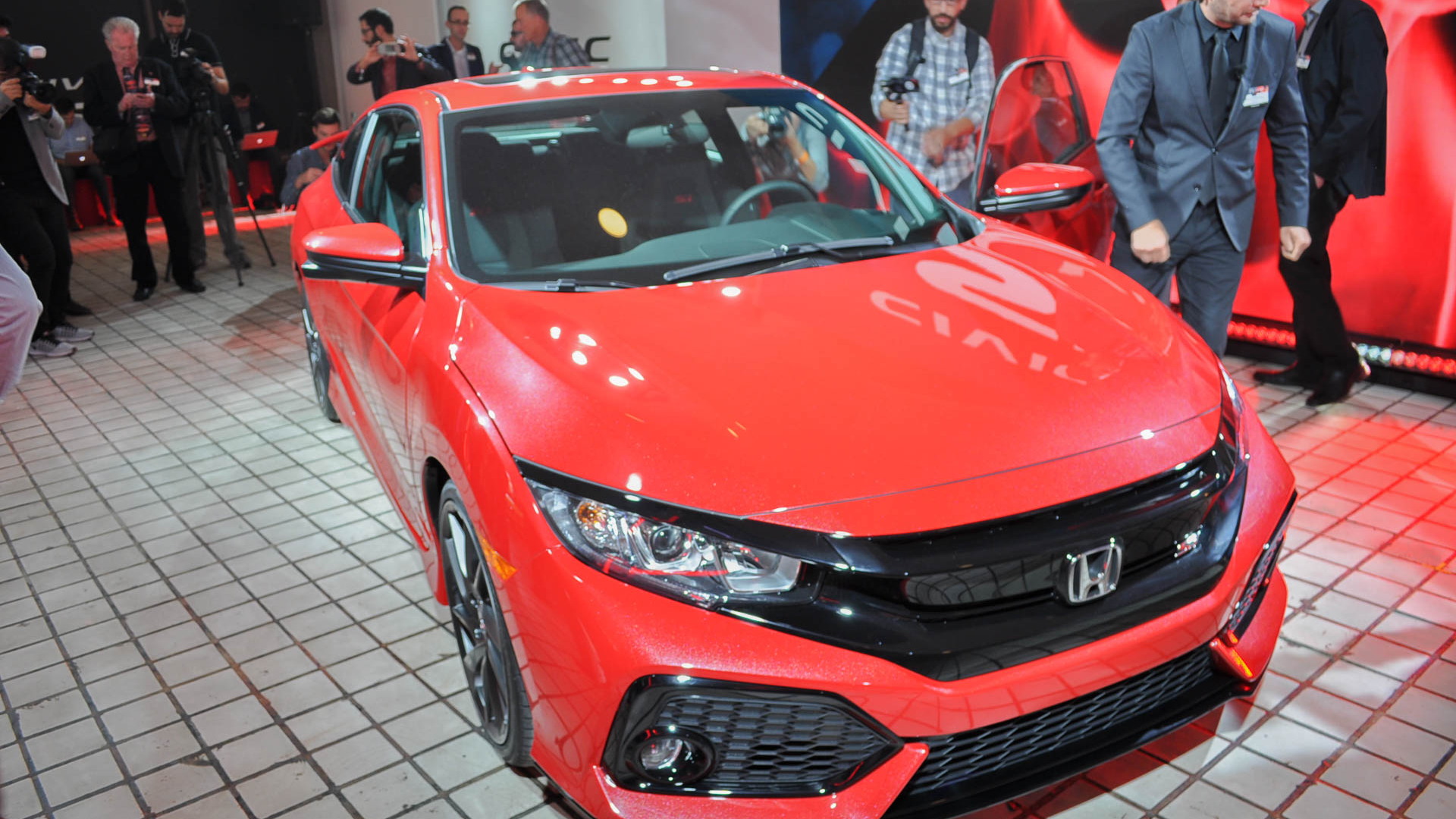 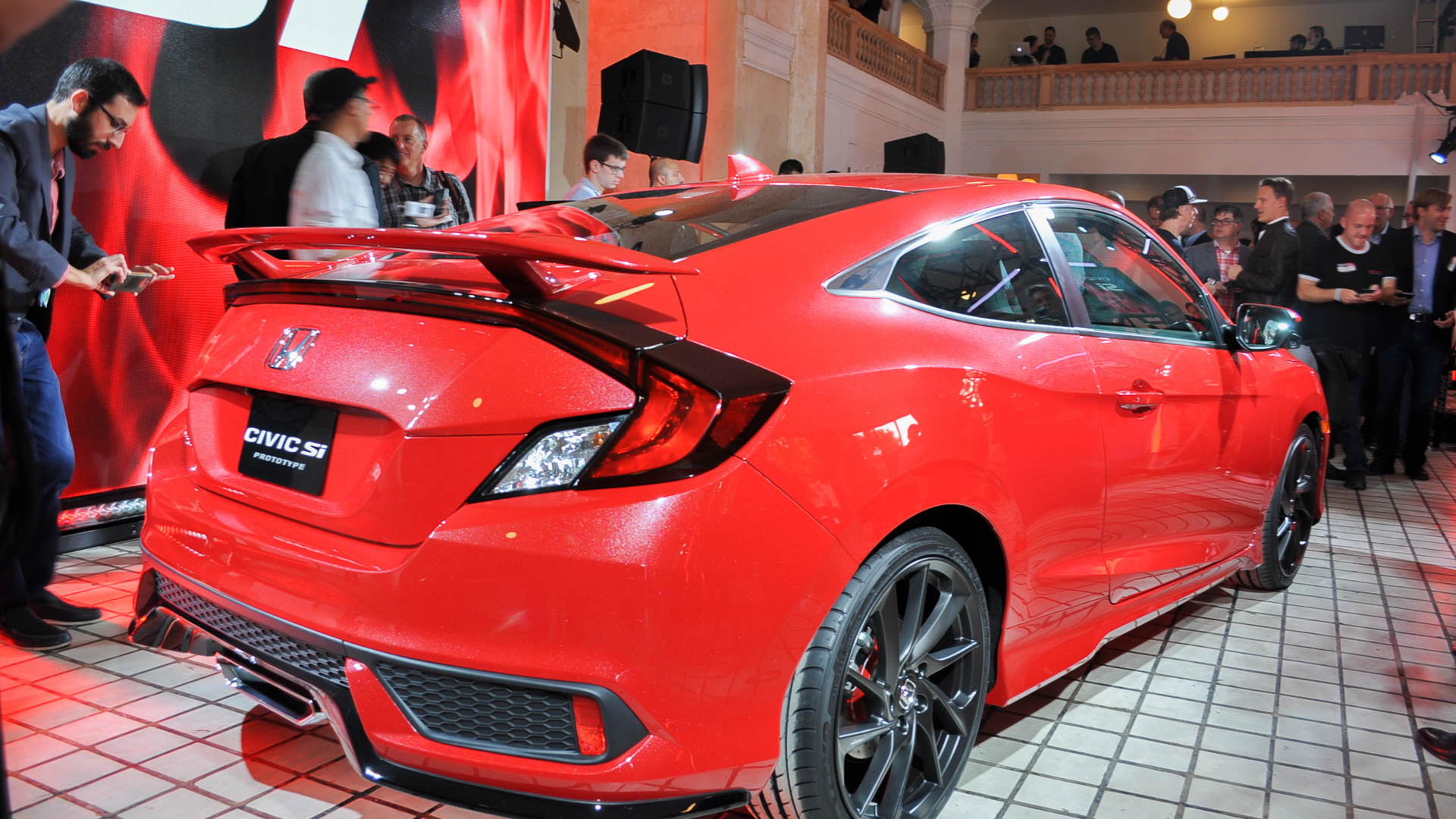 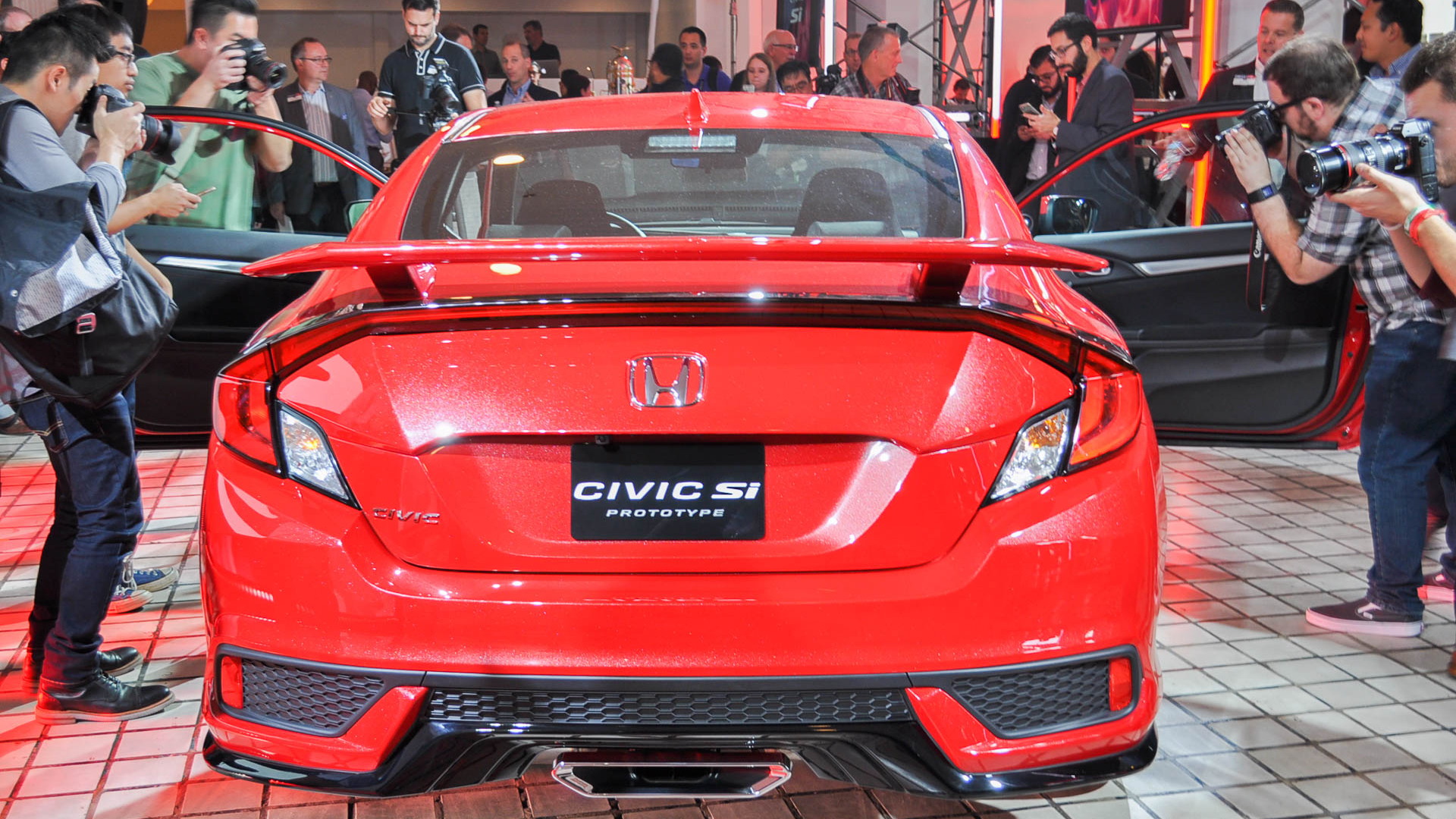 Honda’s award-winning, 10th-generation Civic has already been revealed as a sedan, coupe and hatchback, but we’re still waiting on the performance-oriented versions of the respective body styles.

The hardcore Civic Type R that was previewed in prototype form during September’s 2016 Paris auto show will be available exclusively as a hatch. For performance buyers after the sedan or coupe body styles, the tamer Si will have to suffice.

Honda on Wednesday at the 2016 Los Angeles auto show previewed its new Civic Si, in coupe form. The preview also came in the form of a prototype, with Honda stating that the vehicle on display is pretty much what you’ll see in showrooms in 2017.

Honda has confirmed that its new Civic Si range will be powered by a turbocharged 1.5-liter inline-4. The engine will be paired exclusively with a 6-speed manual transmission and power the front wheels only.

Honda isn’t revealing the engine’s output just yet but says it will exceed the previous model’s 205 horsepower and 174 pound-feet of torque.

Additional performance upgrades for the Si will include a new active damper system, active steering system, limited-slip differential and available high-performance tires. On the prototype, we also see a body kit with a front splitter, rear diffuser and rear wing, as well as 19-inch forged aluminum alloy wheels.

The prototype’s interior is said to closely preview the production model and features Si-exclusive front sport seats with red stitching, including stitched Si logos.  The red sport stitching carries through to the doors, steering wheel and leather shift boot with aluminum shift knob. Other goodies include red accents in the instrument cluster and aluminum pedals.