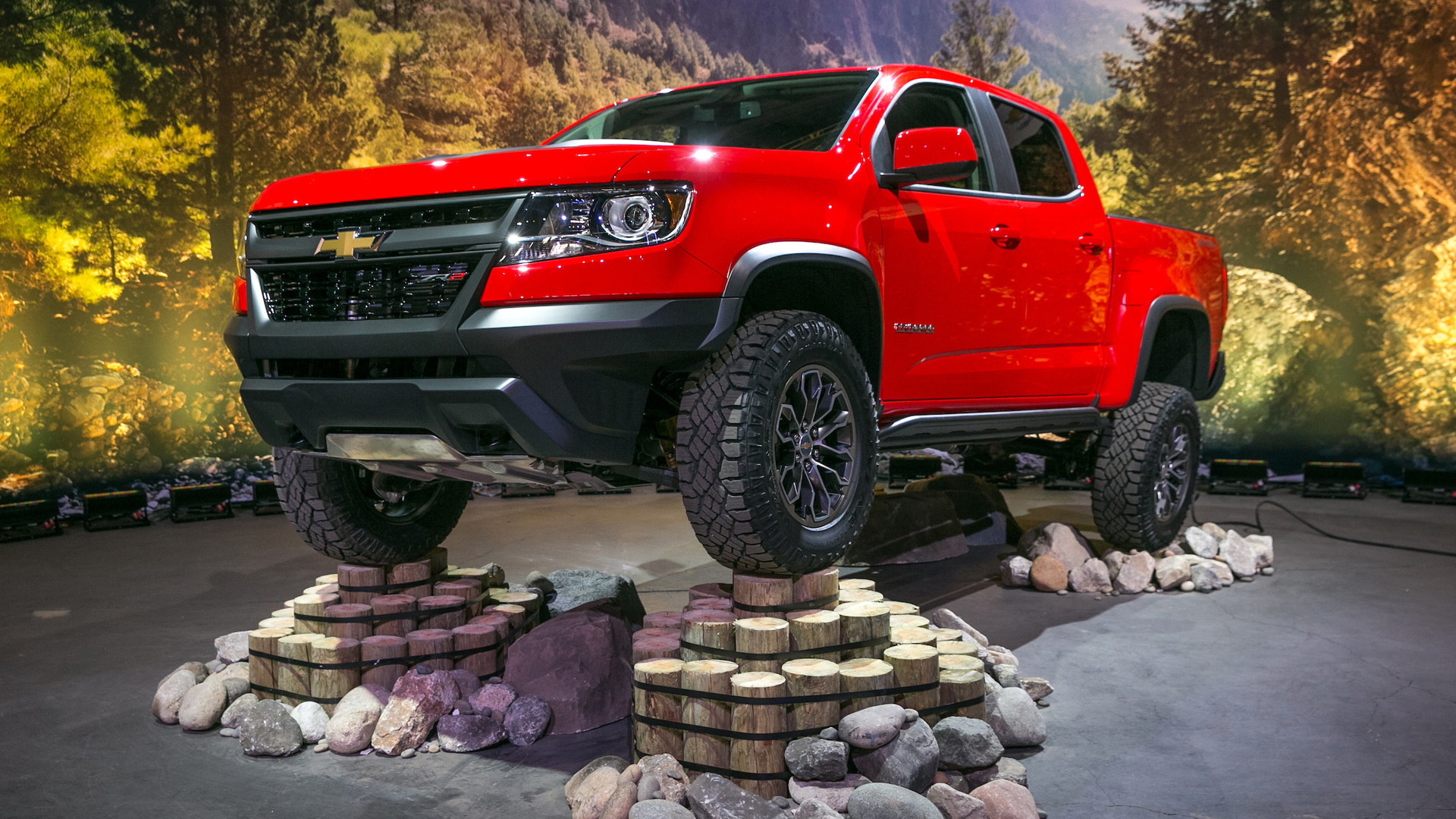 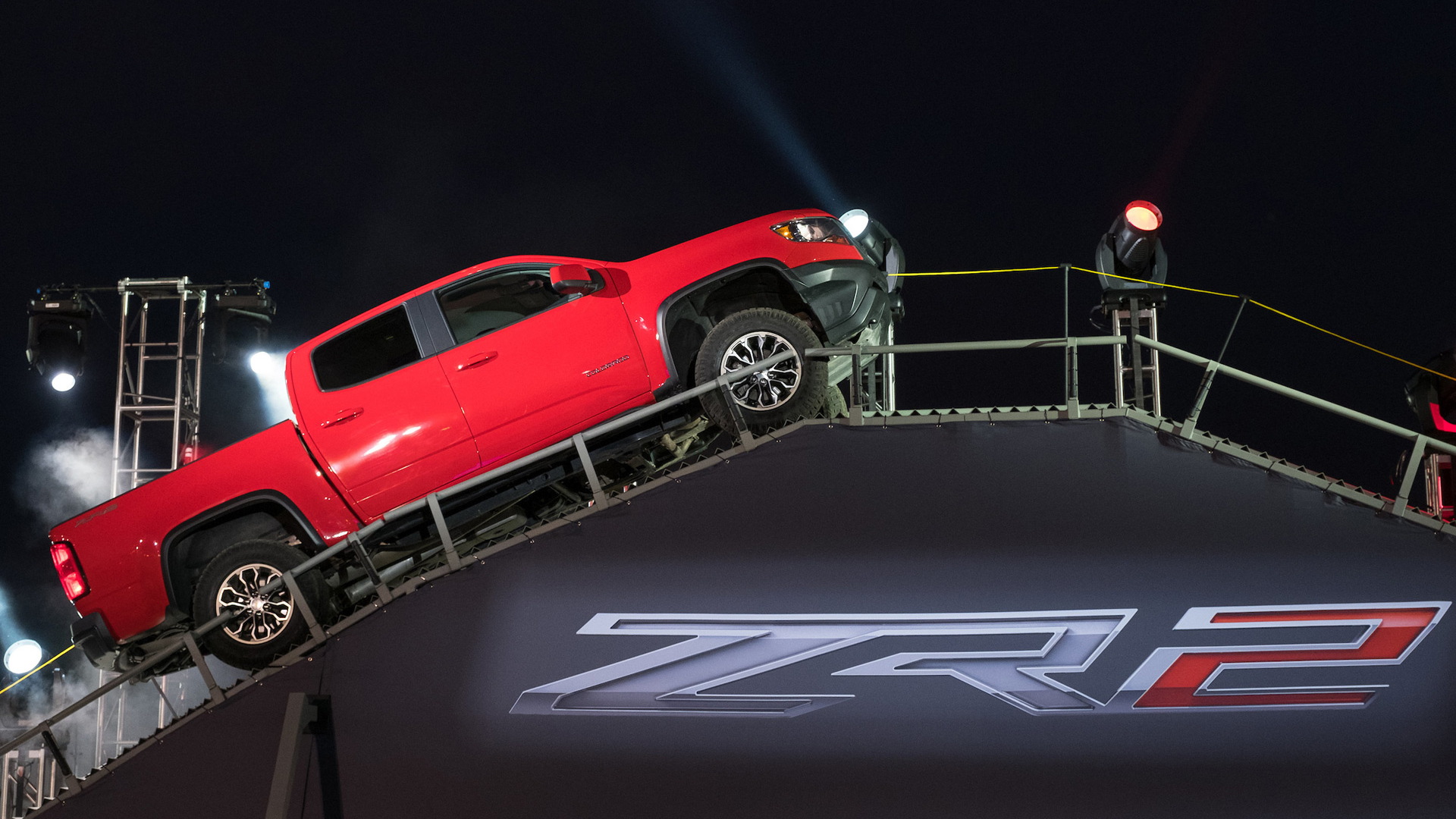 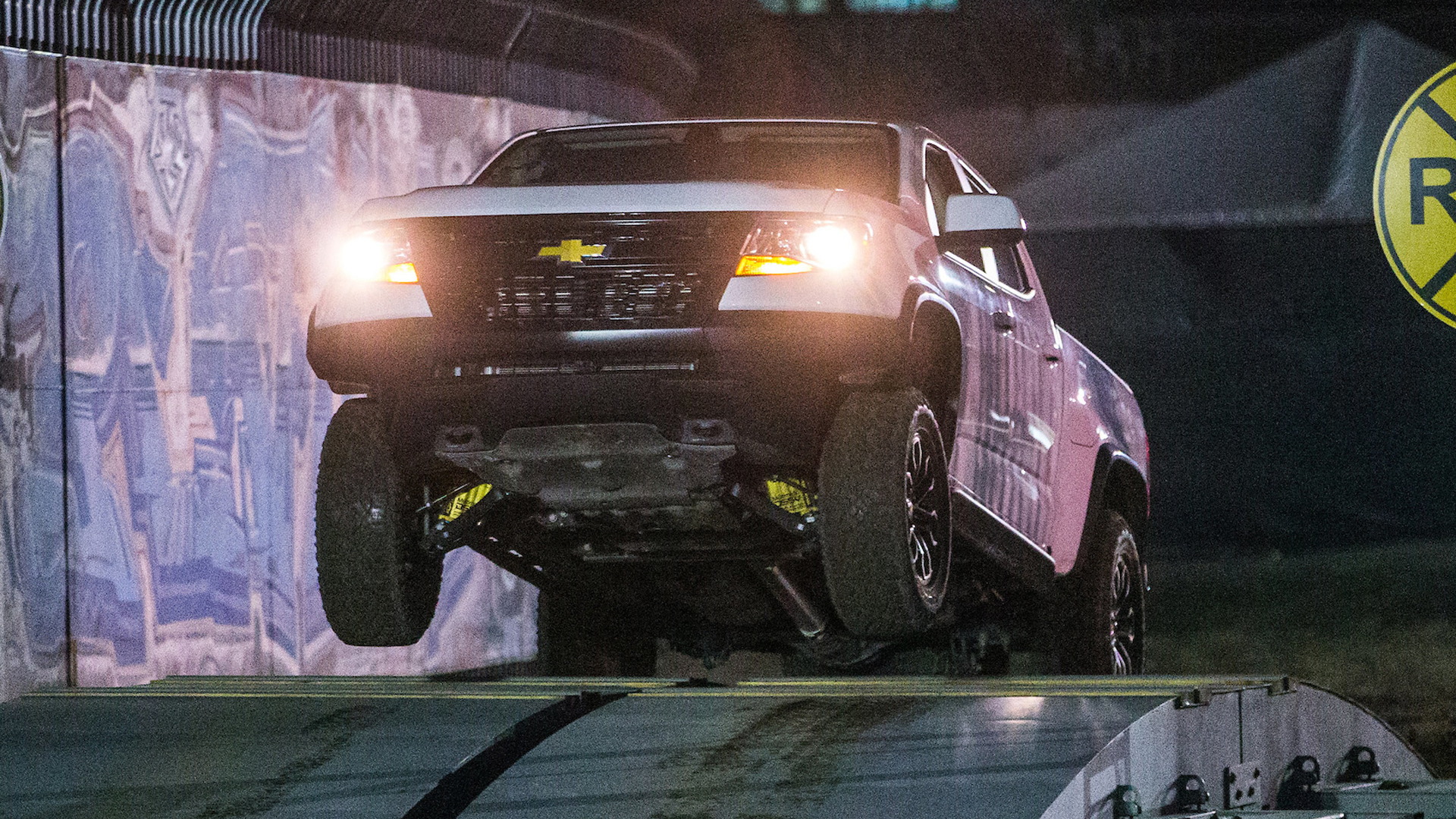 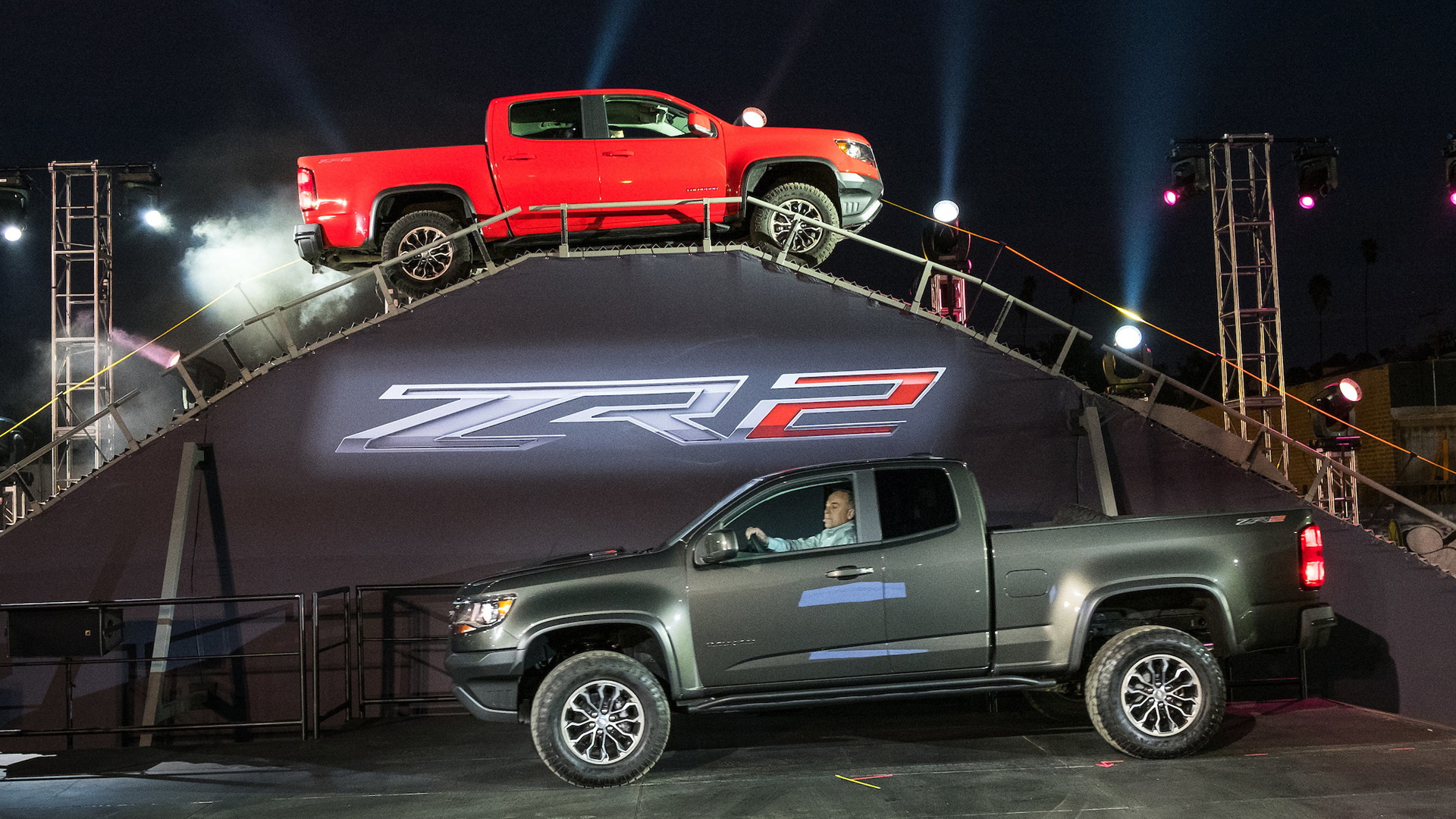 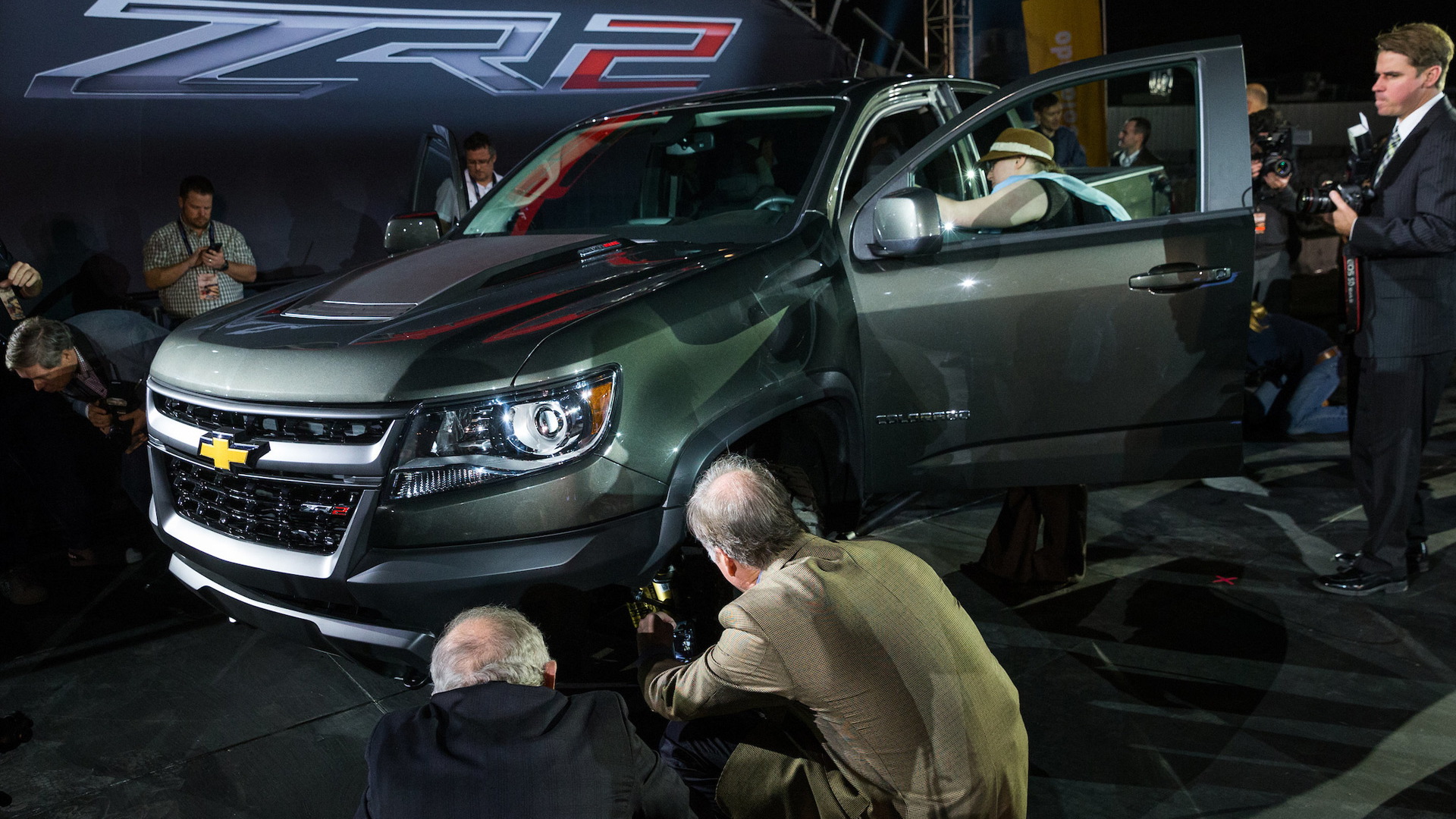 Gas is cheap and trucks are hot again. The proof is in the success of Ford Motor Company’s [NYSE:F] F-150 Raptor and the introduction of more off-road oriented trucks such as the Tacoma and Tundra TRD Pro.

Now Chevrolet's jumping into the ring with the highly anticipated Colorado ZR2.

The ZR2 may be a mid-size truck, but like the full-size Raptor, it’s aimed at off-roading—at a high rate of speed. And given its smaller size, the Chevy has the advantage of being lighter and more nimble.

That doesn’t mean the ZR2 doesn’t have presence. First previewed in concept form at the 2014 L.A. auto show, the ZR2 features a much wider track than the standard Colorado, plus lifted suspension. Functional rockers have been added for better performance over rocks and obstacles, and the front and rear bumpers have been modified for better clearance.

Class-exclusive features include front and rear electronic locking differentials, an available diesel engine, and the first off-road application of Multimatic’s Dynamic Suspensions Spool Valve (DSSV) damper technology, typically used in motorsport. The key is combining the DSSV dampers with position-sensing damping favored by off-road racers. The result is said to be enhanced ride and handling on or off the road.

The ZR2 shares its powertrains with the standard Colorado, meaning buyers can choose from gasoline or diesel units. The gasoline engine is a 3.6-liter V-6 delivering 308 horsepower and 275 pound-feet of torque. The diesel is a turbocharged 2.8-liter unit good for 181 hp and 369 lb-ft. The standard transmission is an 8-speed automatic.

Even with all of the off-roading upgrades over the base truck, the ZR2 can still tow up to 5,000 lbs or carry a 1,100-pound payload.

Availability and pricing will be announced closer to the market launch in 2017.