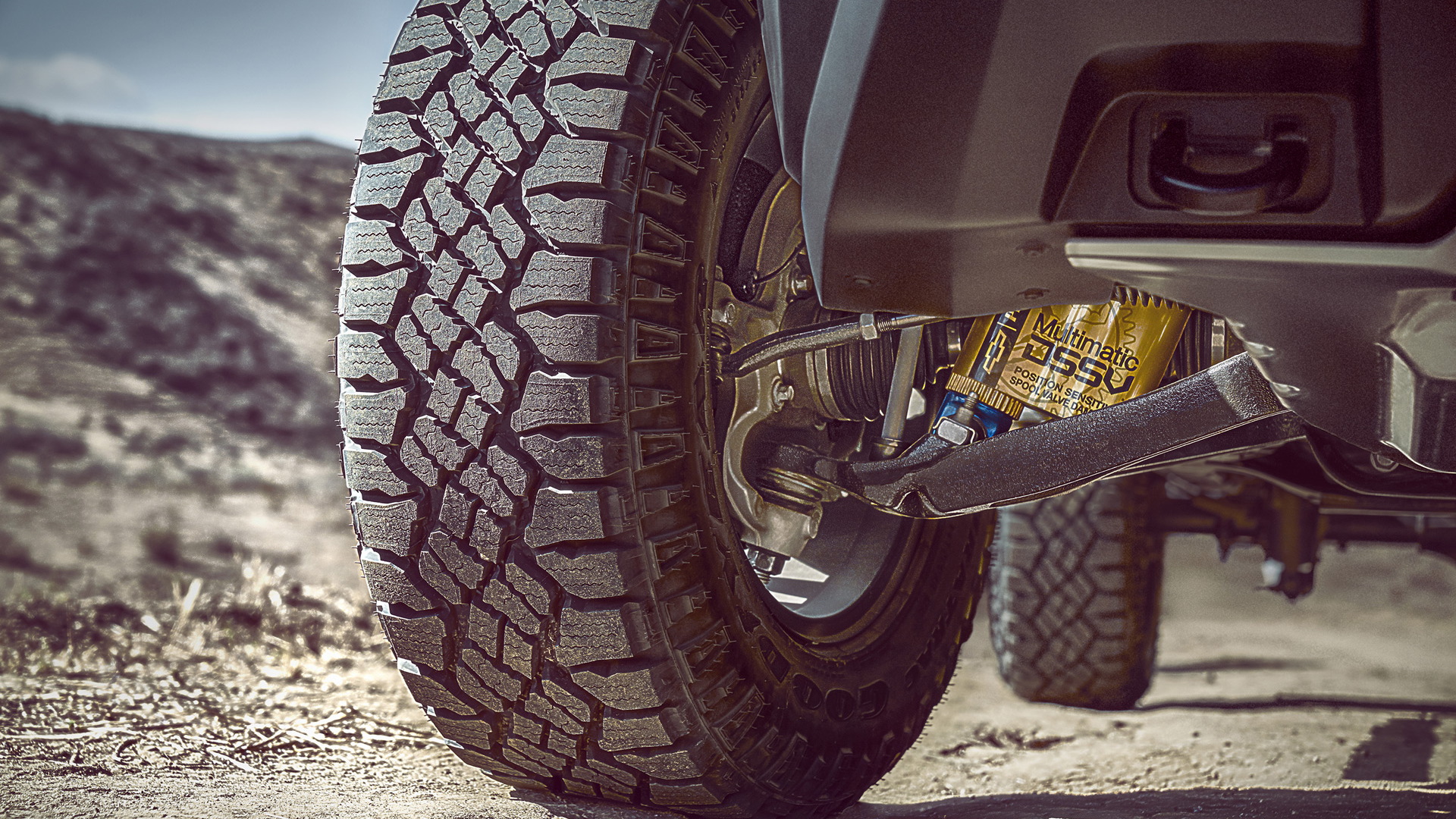 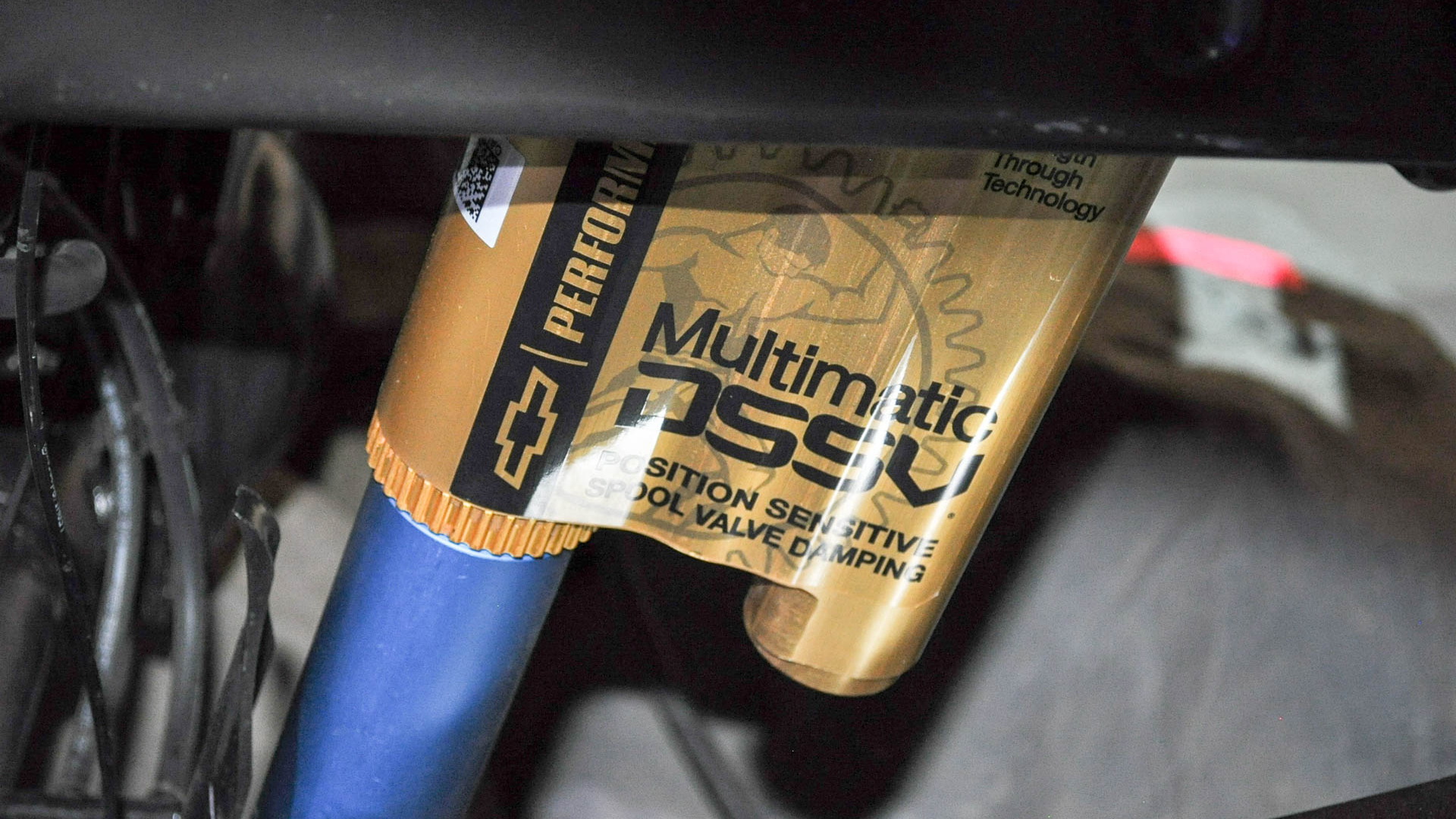 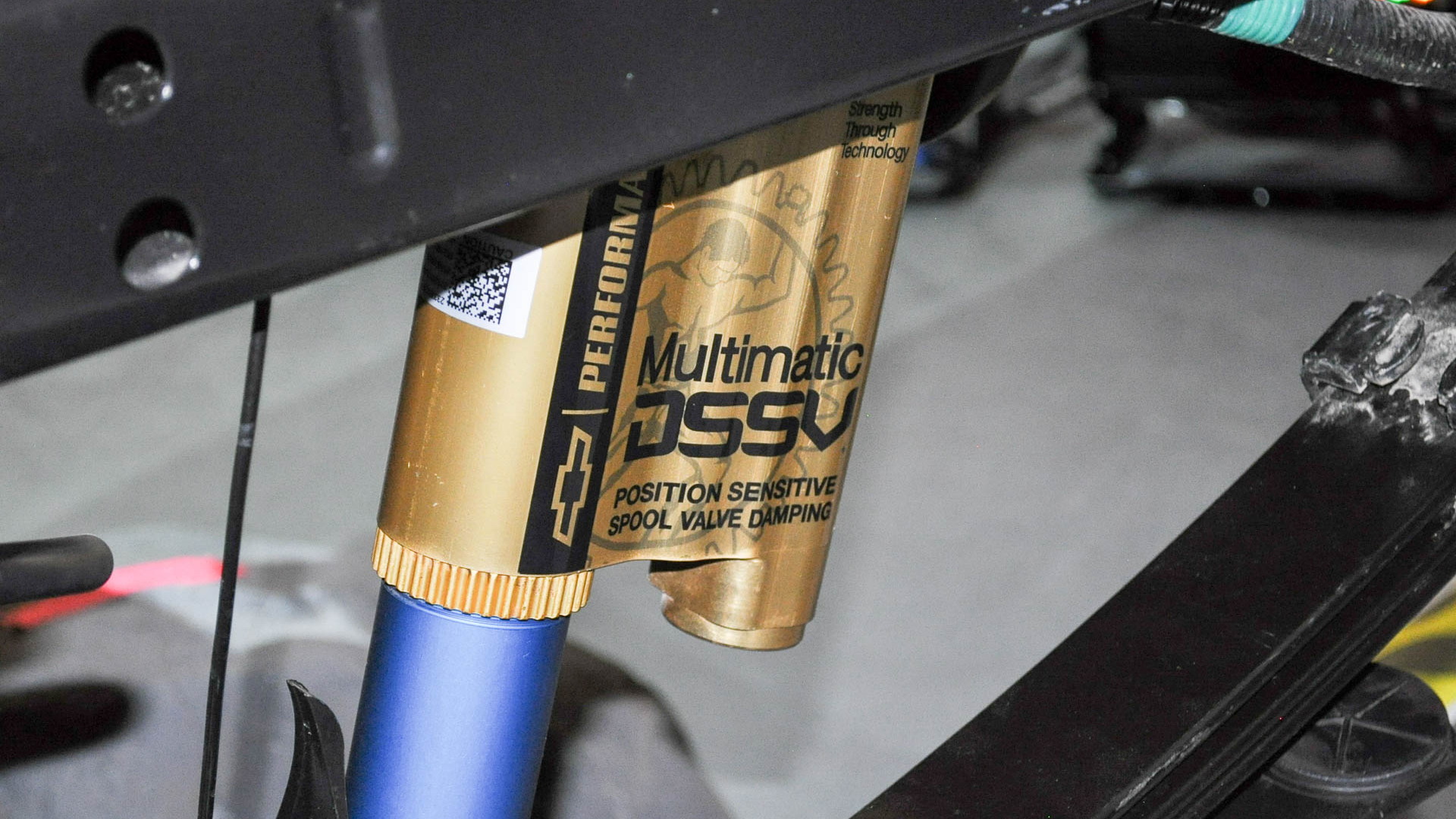 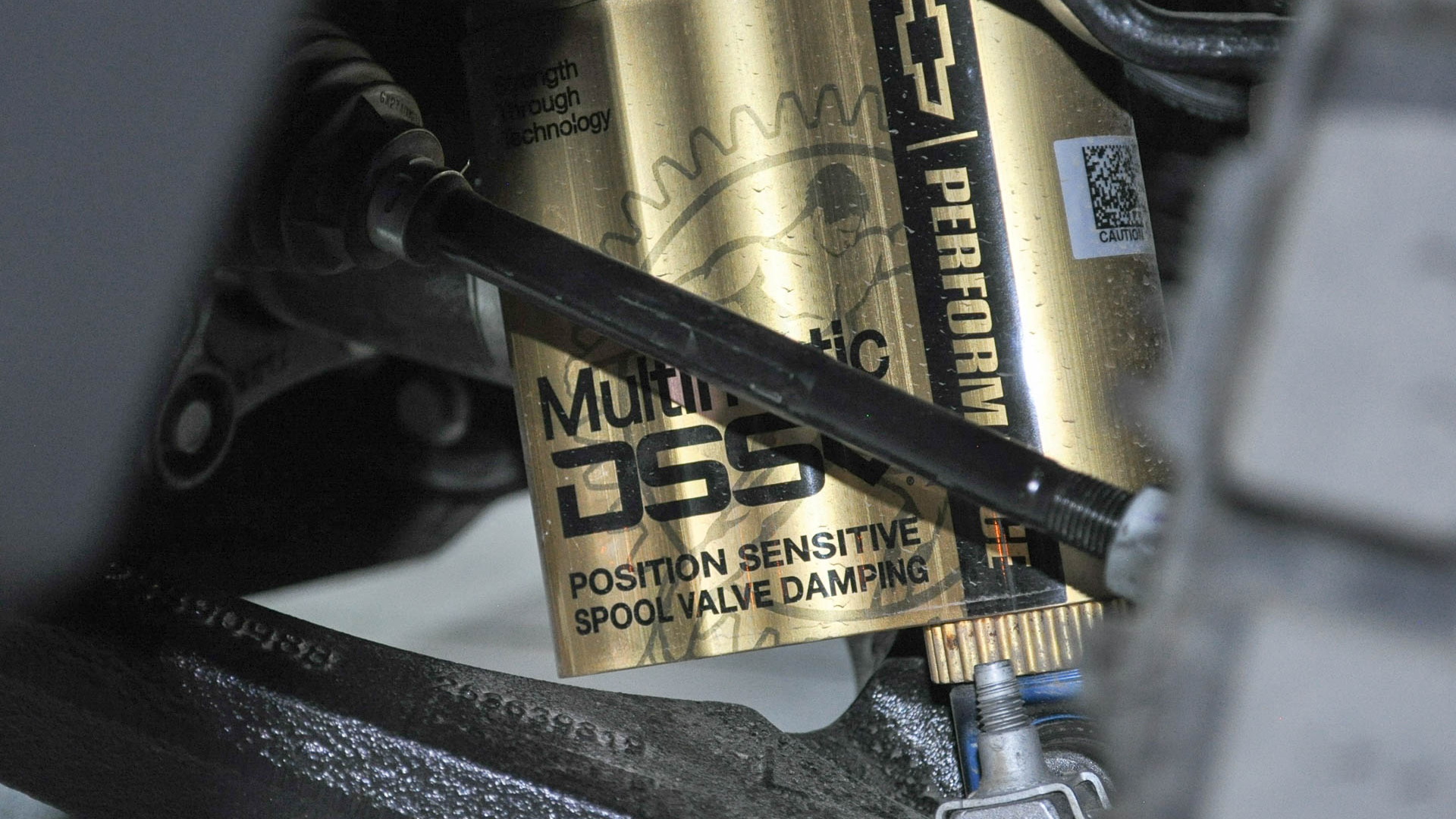 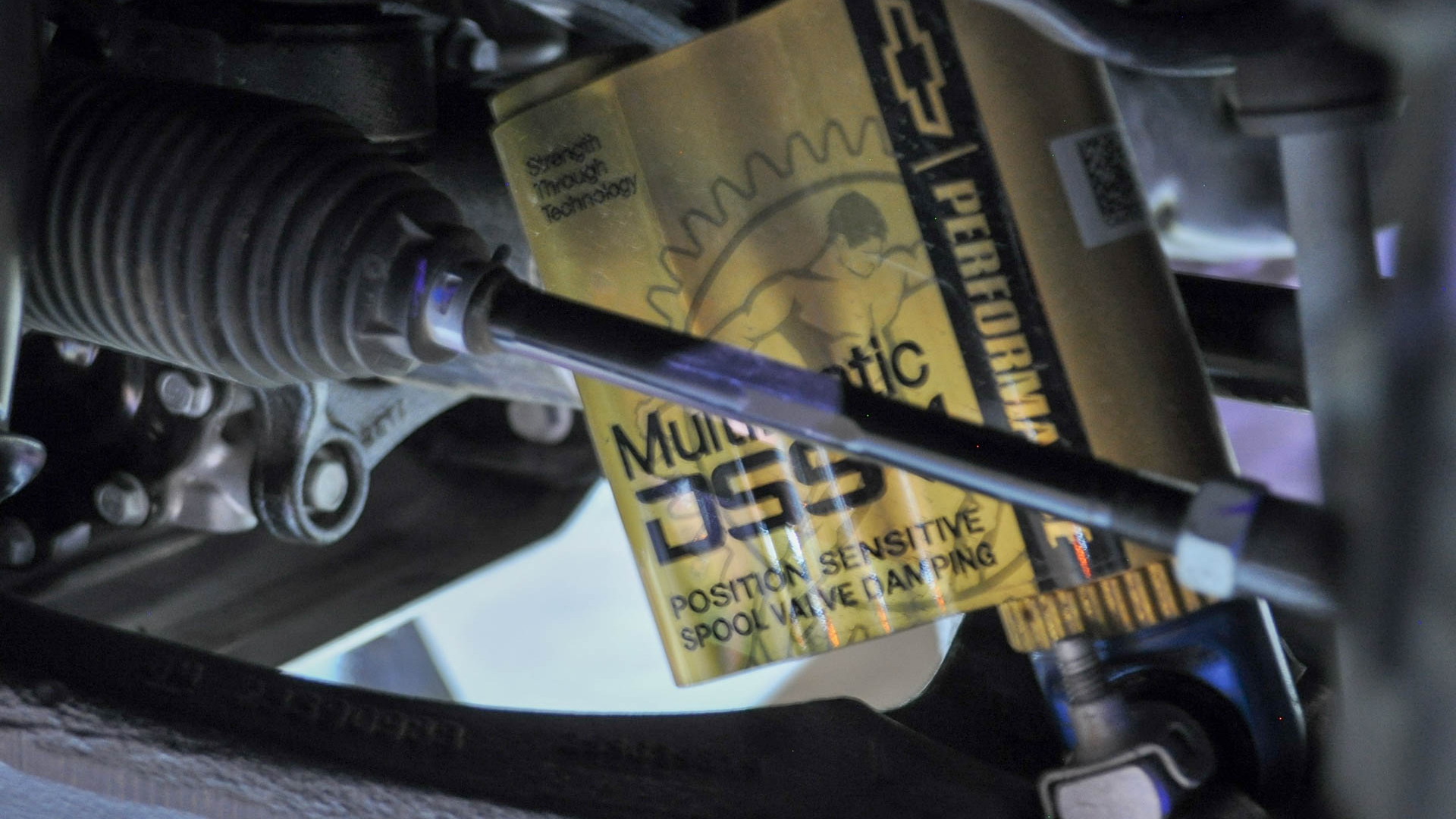 Chevrolet’s Colorado ZR2 promises to be one heck of an off-roader, and one of the main reasons is the truck’s unique shock absorbers. To achieve the desired performance, Multimatic, the company that builds the Ford Motor Company [NYSE:F] GT and numerous other race cars, had to invent a new type of shock absorber.

The shocks use both the company’s patented Dynamic Suspensions Spool Valve (DSSV) technology and the position sensitive damping favored by off-road racers.

To understand how these shocks work we have to break down both technologies.

Position sensitive damping is simple. The shocks must react differently based on wheel travel. For instance, a shock must have one damping curve when reacting to regular bumps and ruts on the road. It should have a different curve when the wheel is at full travel, like when an off-roader encounters a jump. In this instance, the damping characteristics must be much stiffer to help prevent the vehicle from bottoming out.

Multimatic’s DSSV is more complex. Instead of deflection discs and a series of shims, the shocks have unique “spool valves” that consist of a spring, a piston, and a sleeve to allow the damping fluid to travel through the shock. The pistons have cutouts that let the fluid through, and the shape of those cutouts affects the damping characteristics.

Multimatic developed this design in the early 2000s and sold it for racing purposes. Many Formula One cars use it, and so do select performance cars, including the 2014 Chevrolet Camaro Z/28, the Mercedes-AMG GT, the Aston Martin One-77, and the aforementioned Ford GT.

In their standard configuration, DSSV shocks have two valves, one for the compression stroke and the other for the rebound stroke. Together, they create one on-road profile.

To give the shocks two additional profiles, Multimatic adds another spool valve within the shock body (the other two are located in a separate tube mounted outside the main tube), and a simpler piston at the top of the shock. The  third spool valve provides an off-road compression profile (such as when the wheel is at full travel), and the piston provides a unique profile for the off-road rebound stroke to settle the vehicle down after reacting to that extreme event.

In addition to the three damping profiles, these new shocks have several other benefits, according to Multimatic. The various damping profiles provide enhanced ride and handling characteristics. The shocks themselves have lower weight and increased structural stiffness.

DSSV shocks dissipate heat well, and that gives them more consistent damping characteristics in extreme conditions such as off-roading. During off-roading, Multimatic says these shocks provide a 50 percent reduction in hip point deflection than a shock that can't change its damping profile. In other words, passengers are jostled around less, and that gives the truck more stability and lets the driver run faster over rough terrain. Compared to standard position sensitive dampers, they also provide much better on-road damping.

The technology of DSSV dampers is proven in racing with multiple Formula One championships. Adding this technology to the position sensitive dampers needed for off-roading just makes sense. It sounds like Multimatic's dampers are superior to the Fox shocks used on the Ford F-150 Raptor, which has been the unchallenged leader among pickups for off-road capability since it was released.

We look forward to doing some serious off-roading in the Colorado ZR2 to see how well these position sensitive Dynamic Suspensions Spool Valve shocks do in the real world when the pavement ends.