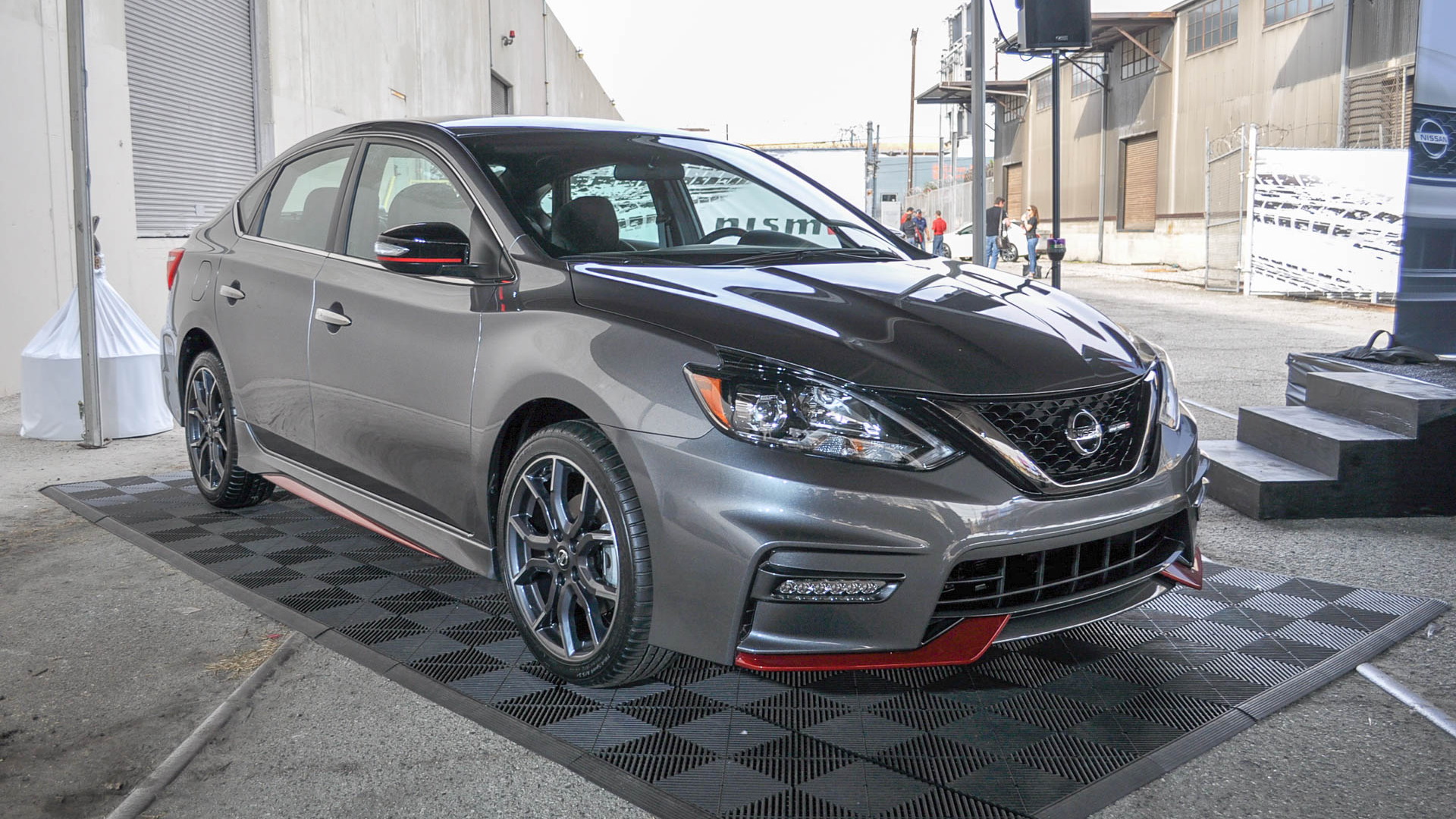 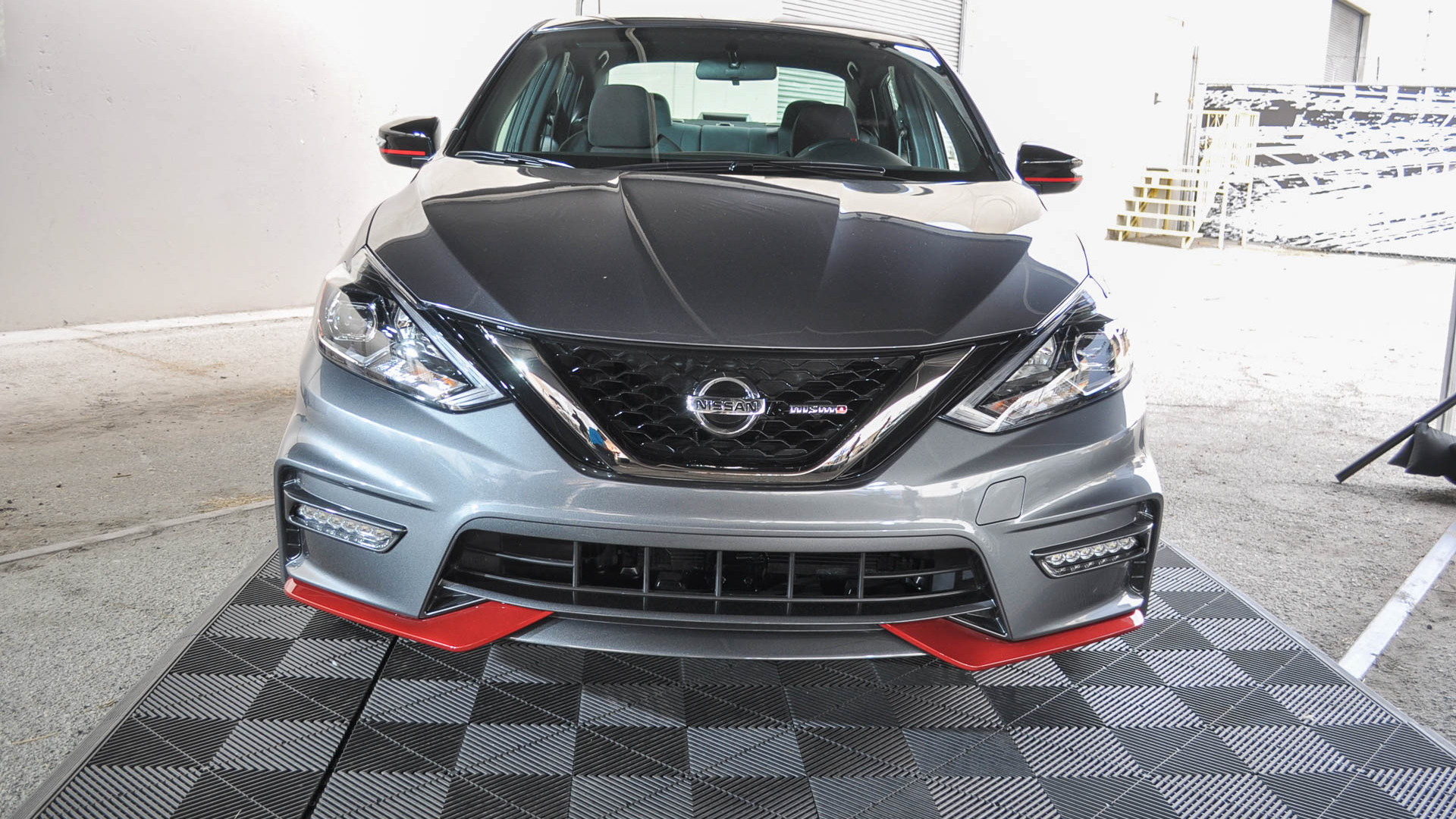 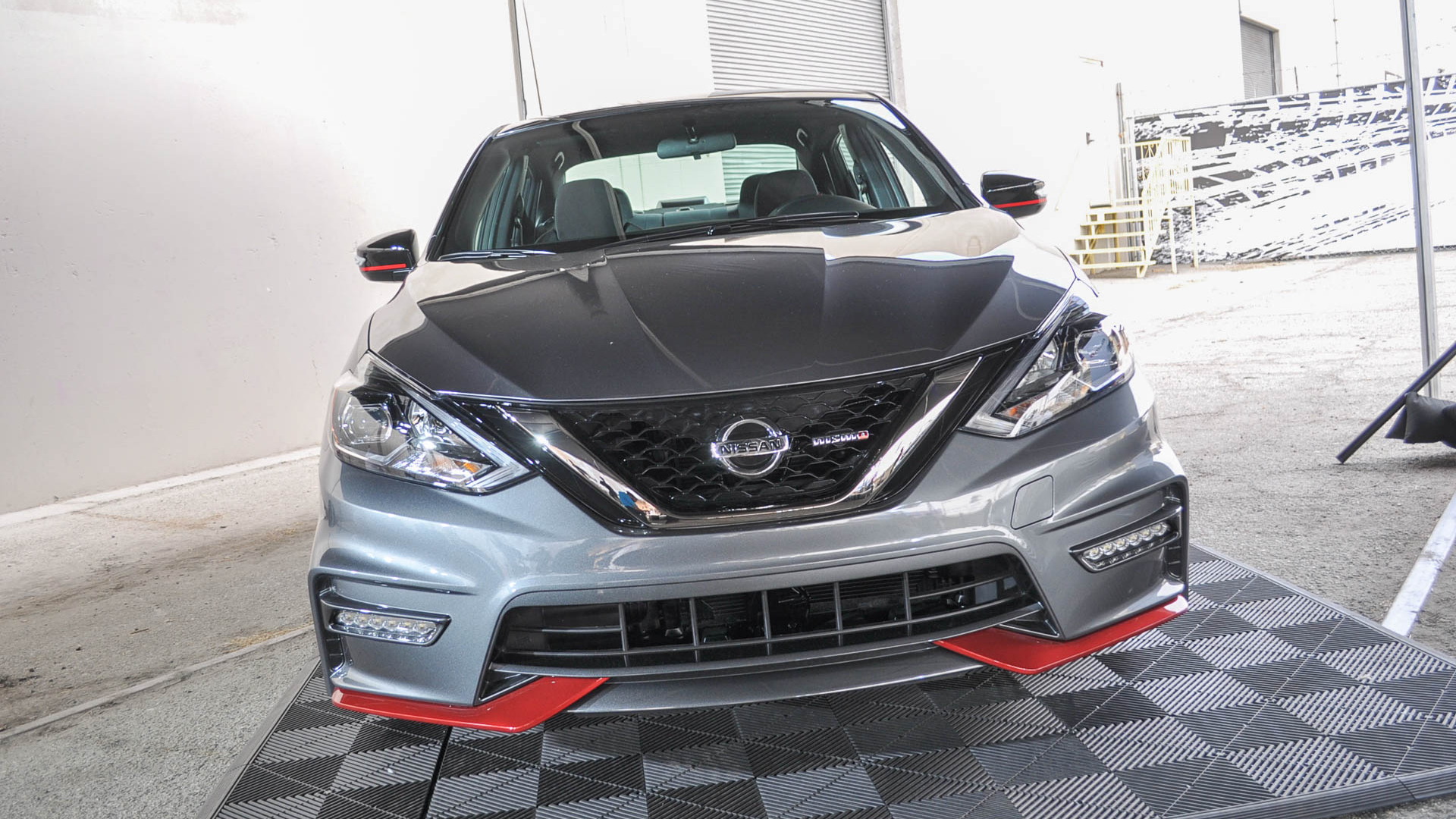 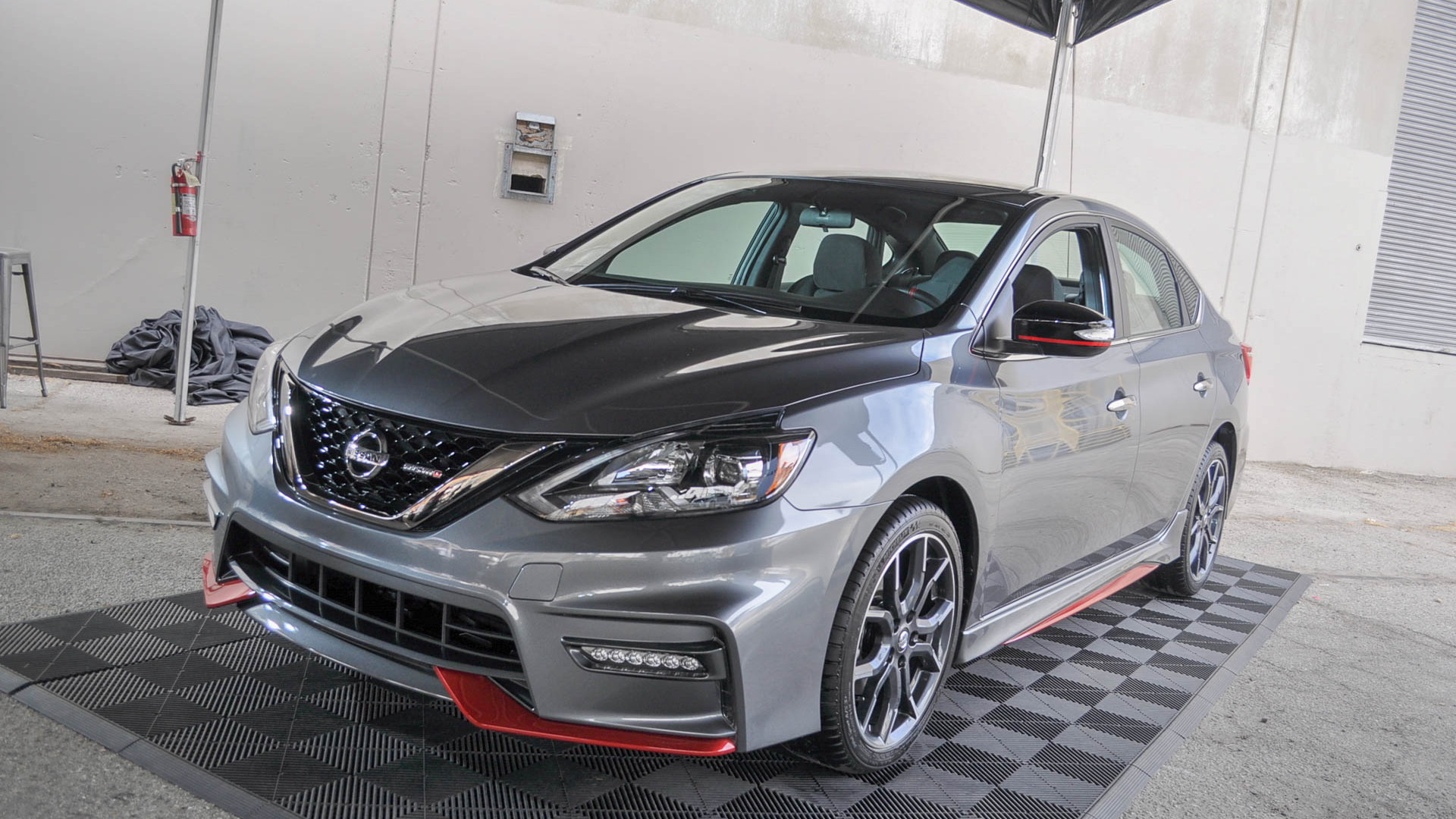 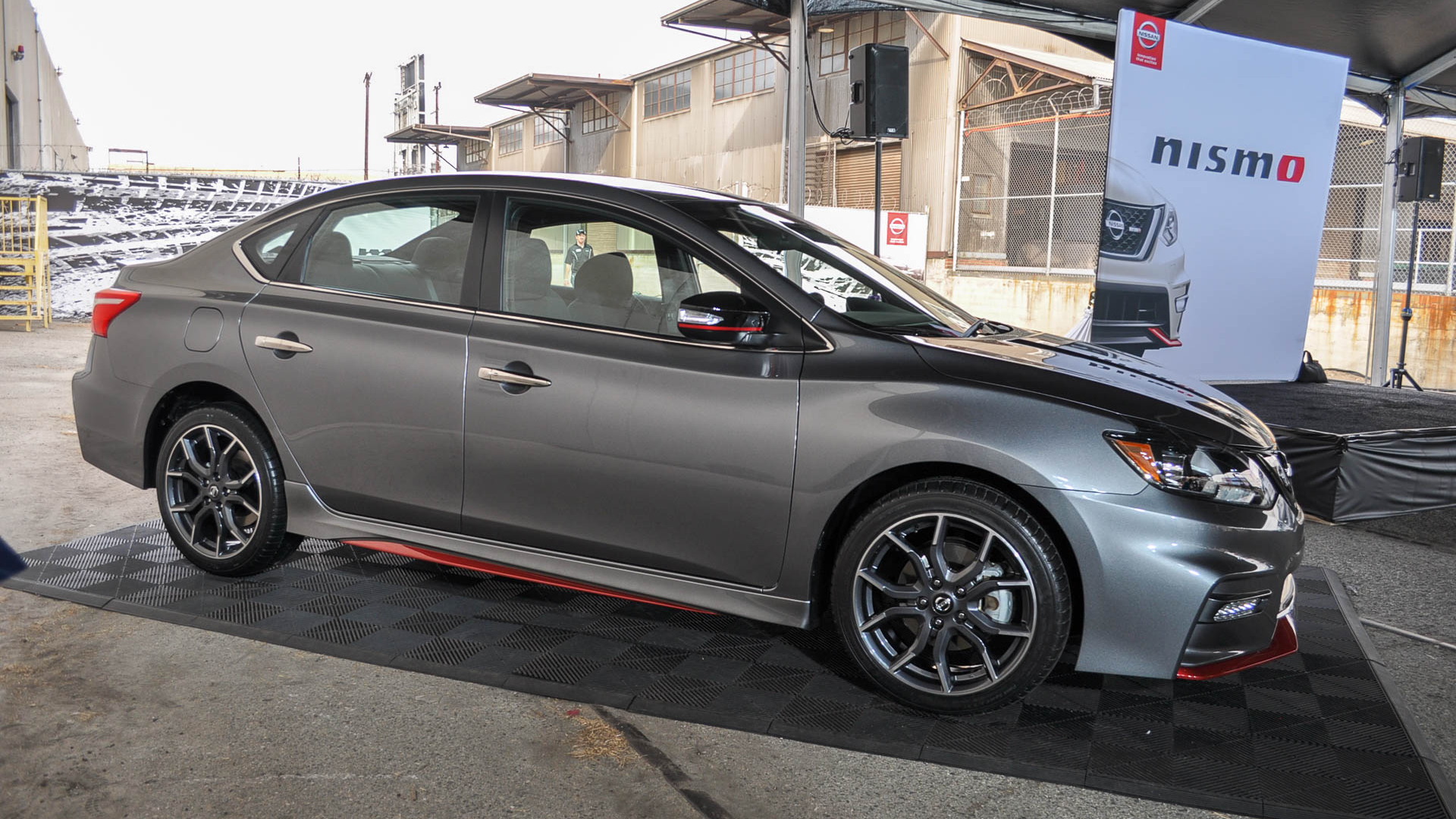 Nissan is spicing up its humble Sentra sedan for the 2017 model year.

We’ve already had a taste of the Sentra SR Turbo, which packs a turbocharged 1.6-liter inline-4 good for 188 horsepower and 177 pound-feet of torque. And at the 2016 Los Angeles auto show on Wednesday, Nissan introduced a version of its Sentra worked over by the in-house tuner Nismo.

The car is hardly a surprise as Nissan previewed it in concept form at the 2013 L.A. auto show. Unfortunately, the production Sentra Nismo misses out on the concept’s 240-horsepower engine and instead goes with the Sentra SR Turbo’s setup. Drive also remains at the front axle only, with buyers able to choose from a 6-speed manual or CVT.

Where Nismo engineers have attempted to enhance the performance is via aerodynamics, body reinforcements and suspension tuning. They’ve also added some interior appointments to add to the sporty feel.

For the chassis, the Sentra Nismo adopts monotube rear dampers and unique tuning of the front springs and struts. Nismo stabilizer bars are also added front and rear. The electronic power steering also gets unique Nismo calibrations for a sportier feel.

On the outside, the car gets an aggressive body kit with Nismo’s signature red accents. There are also 18-inch wheels shod with Michelin Pilot Sport and housing ventilated brake discs spanning more than 11 in at both ends. Four colors are available: Brilliant Silver, Gun Metallic, Super Black and Aspen White.

In the cabin, there are Nismo logos, extra bolstering for the seats, and red accent stitching. Buyers will also find a sport steering wheel with Alcantara and leather trim. A dark headliner and Nismo logo on the instrument panel complete the special interior treatment. Just one interior color is offered, charcoal with red accents.