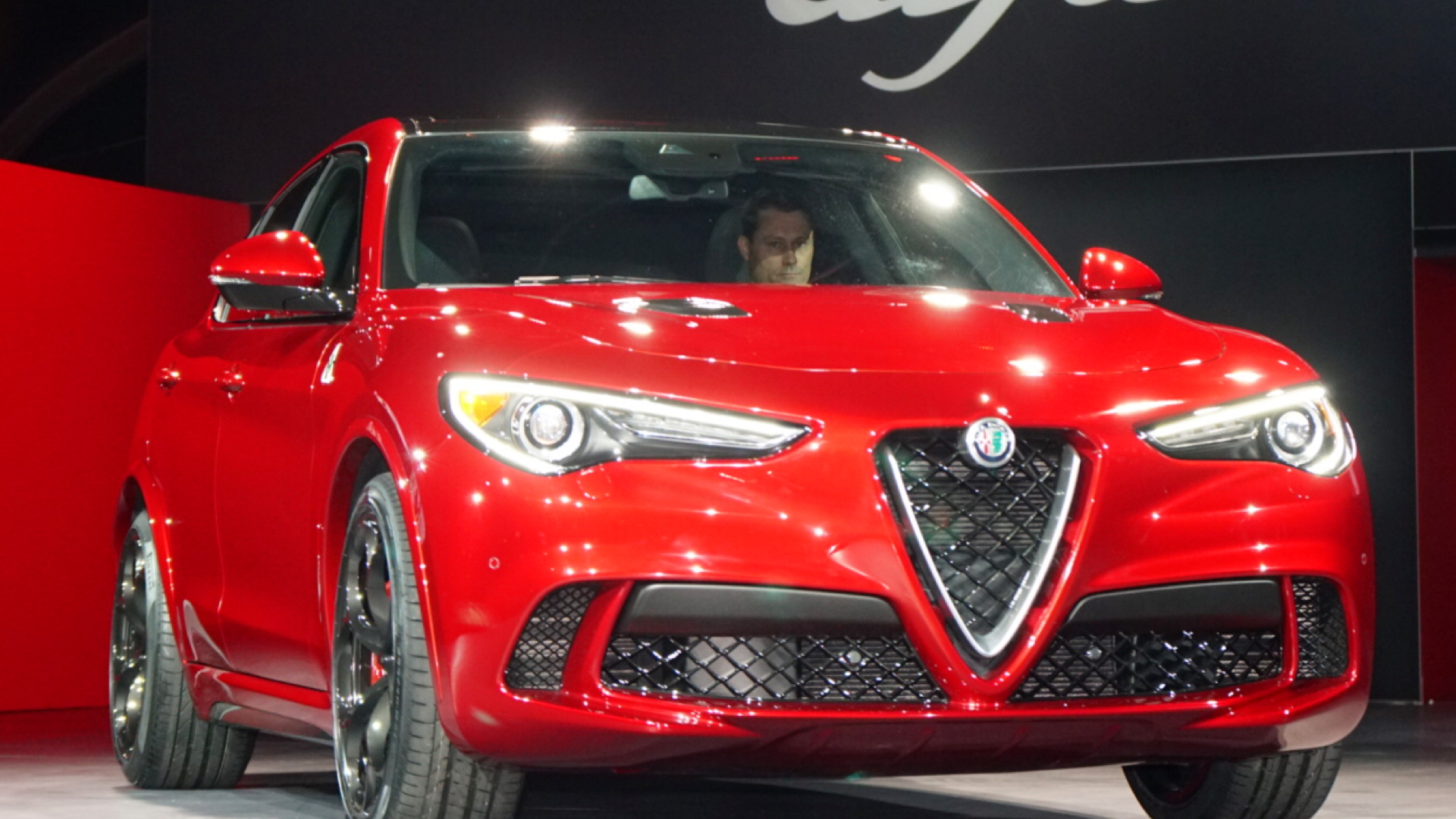 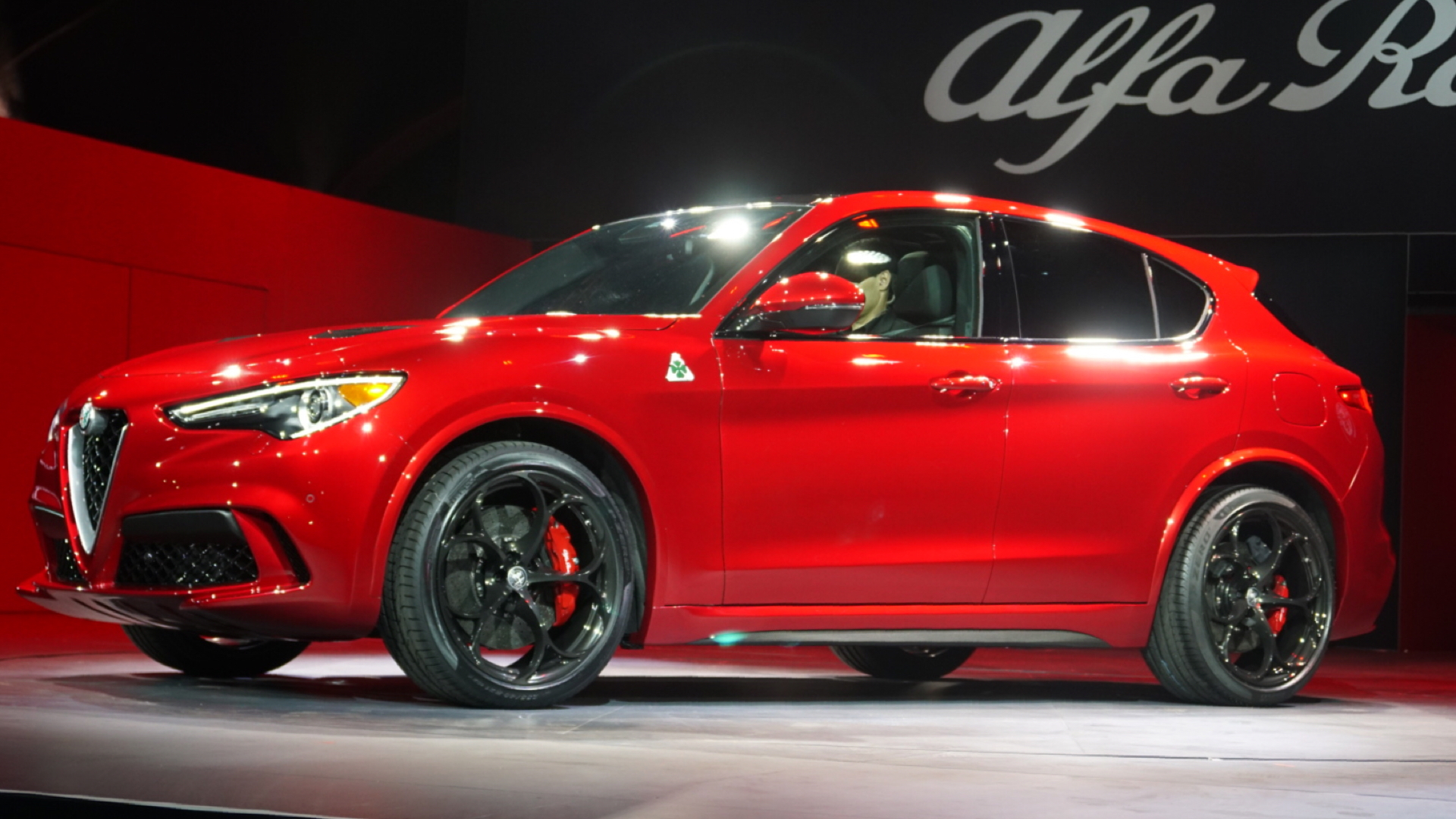 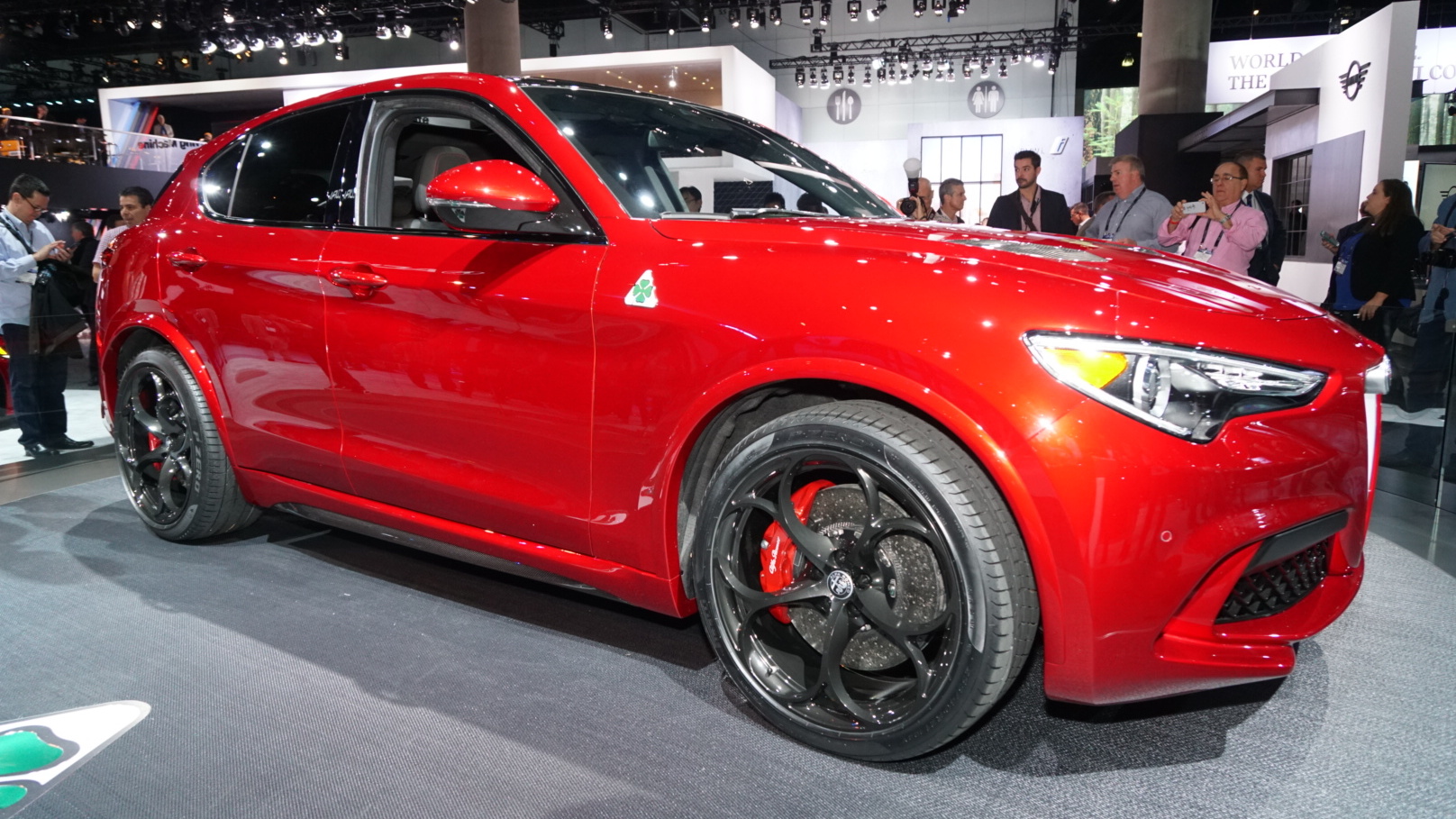 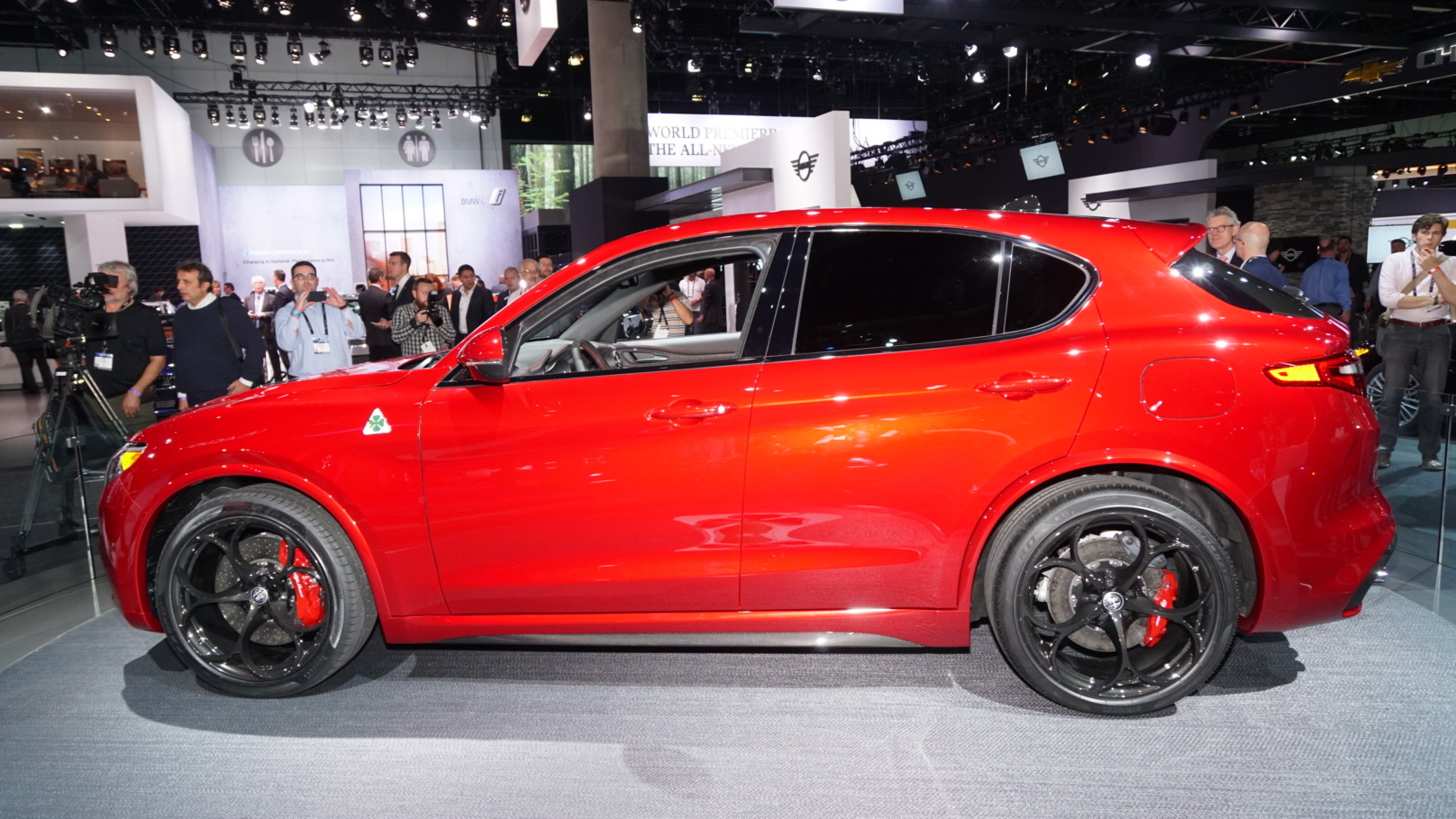 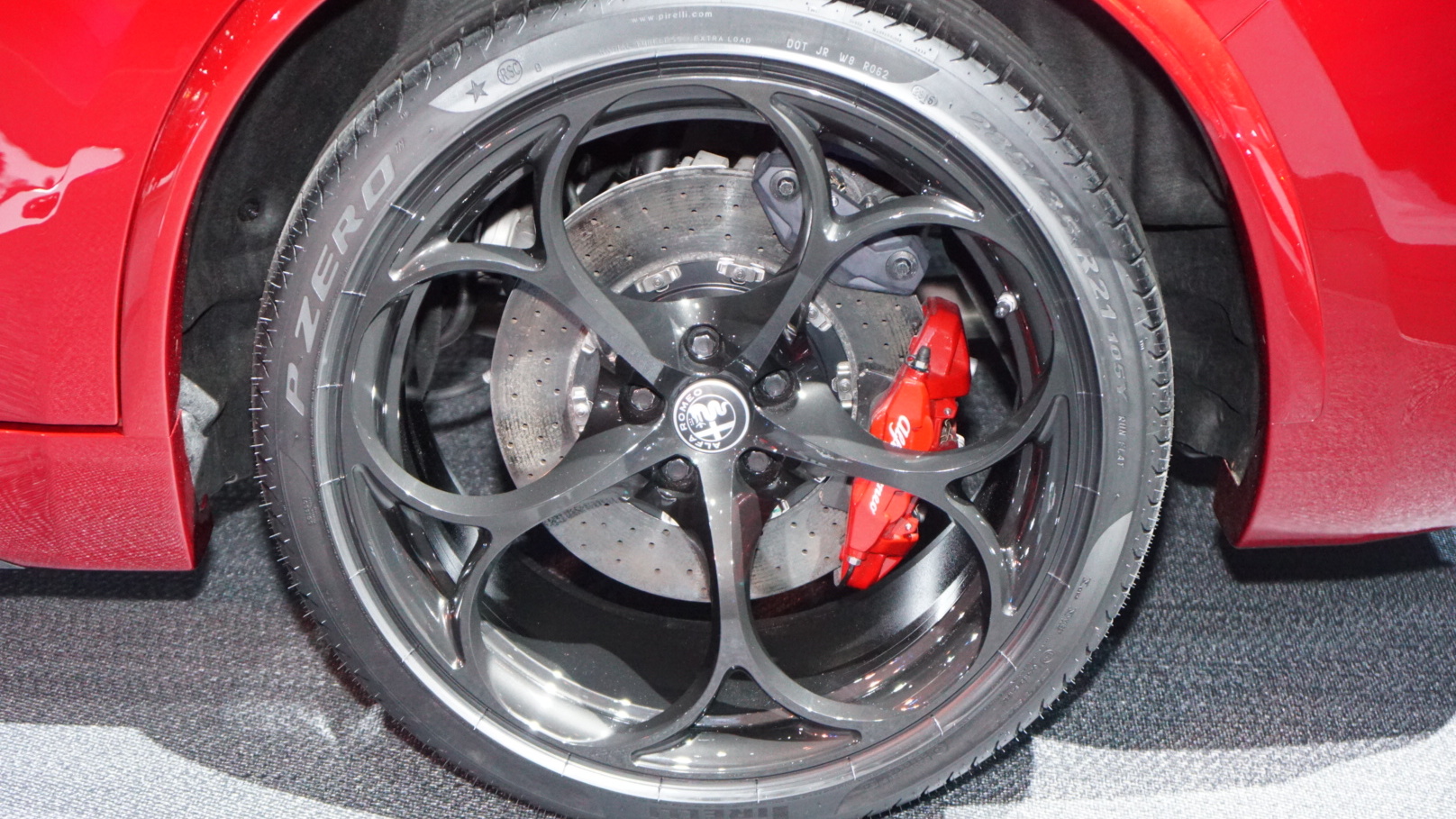 It’s been a long time coming but Alfa Romeo’s first SUV is finally here in the form of the 2018 Stelvio.

Making its debut on Wednesday at the 2016 Los Angeles auto show, the Stelvio brings Italian flair and passion to the small luxury SUV segment.

The name is borrowed from a small town located in the Alps of northern Italy, close to the border with Switzerland, though it’s more commonly known because of the nearby Stelvio Pass. This famous stretch of winding road is considered one of the best driving roads in the world because of its fast switchbacks and elevation changes combined with beautiful scenery.

Alfa Romeo’s Stelvio introduces the SUV version of the rear-wheel-drive Giorgio platform that made its debut in the Giulia sedan. Attributes of the platform include low weight, a low center of gravity and impressive chassis technology. The platform also allows for all-wheel drive, which has been made standard on all Stelvio models.

The Stelvio makes its debut in high-performance Quadrifoglio guise. This particular model is unique in the segment but will soon face stiff rivals in the form of a BMW X3 M, Jaguar F-Pace SVR and Mercedes-AMG GLC63. Power comes from the same twin-turbocharged 2.9-liter V-6 as the Giulia Quadrifoglio, with output remaining at 505 horsepower and 443 pound-feet of torque. Mated to a paddle-shifted, 8-speed automatic, the engine will rocket the SUV from 0-60 mph in just 3.9 seconds and to a top speed of 177 mph.

Below the Quadrifoglio will be standard Stelvio and better-equipped Stelvio Ti (Turismo Internazionale) models. These will feature identical turbocharged 2.0-liter inline-4 engines delivering 280 hp and 305 lb-ft of torque. They also come with an 8-speed automatic, 18-inch wheels (19- and 20-in are available), a carbon fiber driveshaft, leather trim, a power liftgate, parking sensors and a rearview camera.

There are two main rotary controllers, both located on the steering wheel. One is for the driving modes selector, which has Dynamic, Natural and Advanced Efficiency modes. The Quadrifoglio picks up an extra mode, Race, designed for spirited driving.

The secondary rotary controller is for the dash-mounted infotainment screen, which measures 6.5 in across as standard and 8.8 in when the wide-screen option is selected. There will also be a rotary pad in the center console that will be able to recognize handwritten gestures. All Stelvios get a second, 7.0-in screen in the main instrument cluster.

Production of the Stelvio commences at Fiat Chrysler Automobiles’ [NYSE:FCAU] Cassino plant in Italy in late 2016. The first examples are due in showrooms in mid-2017.