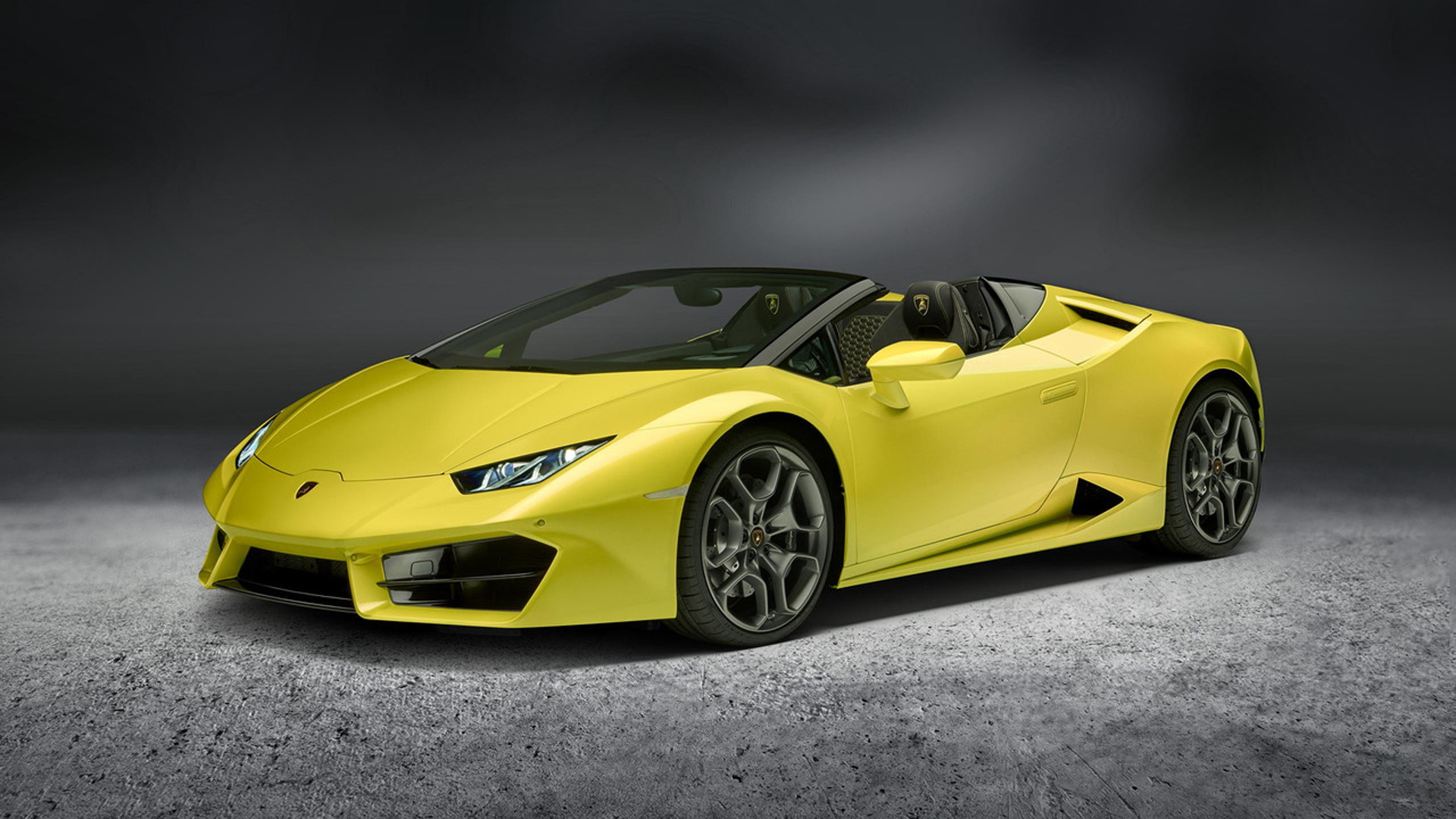 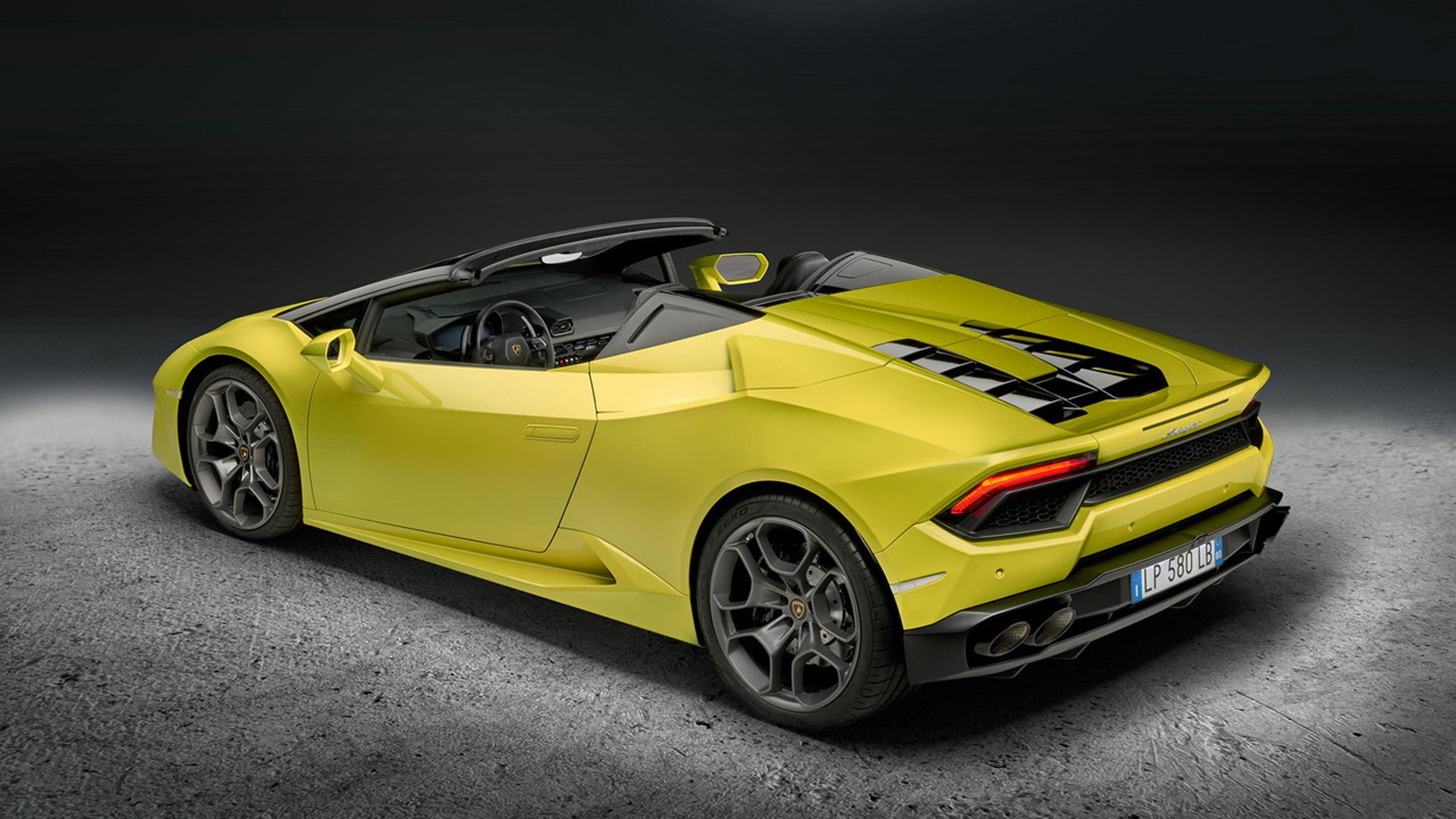 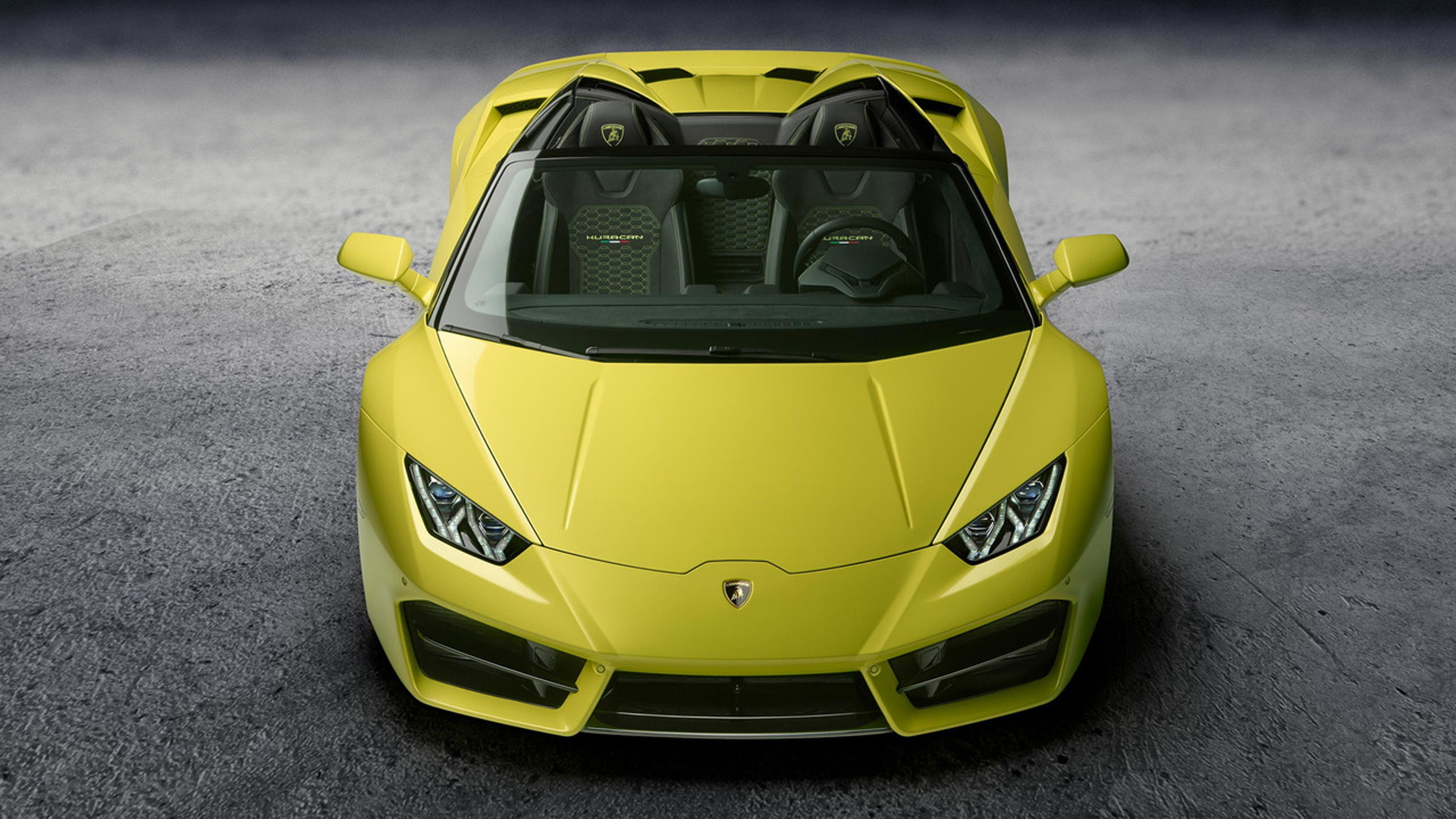 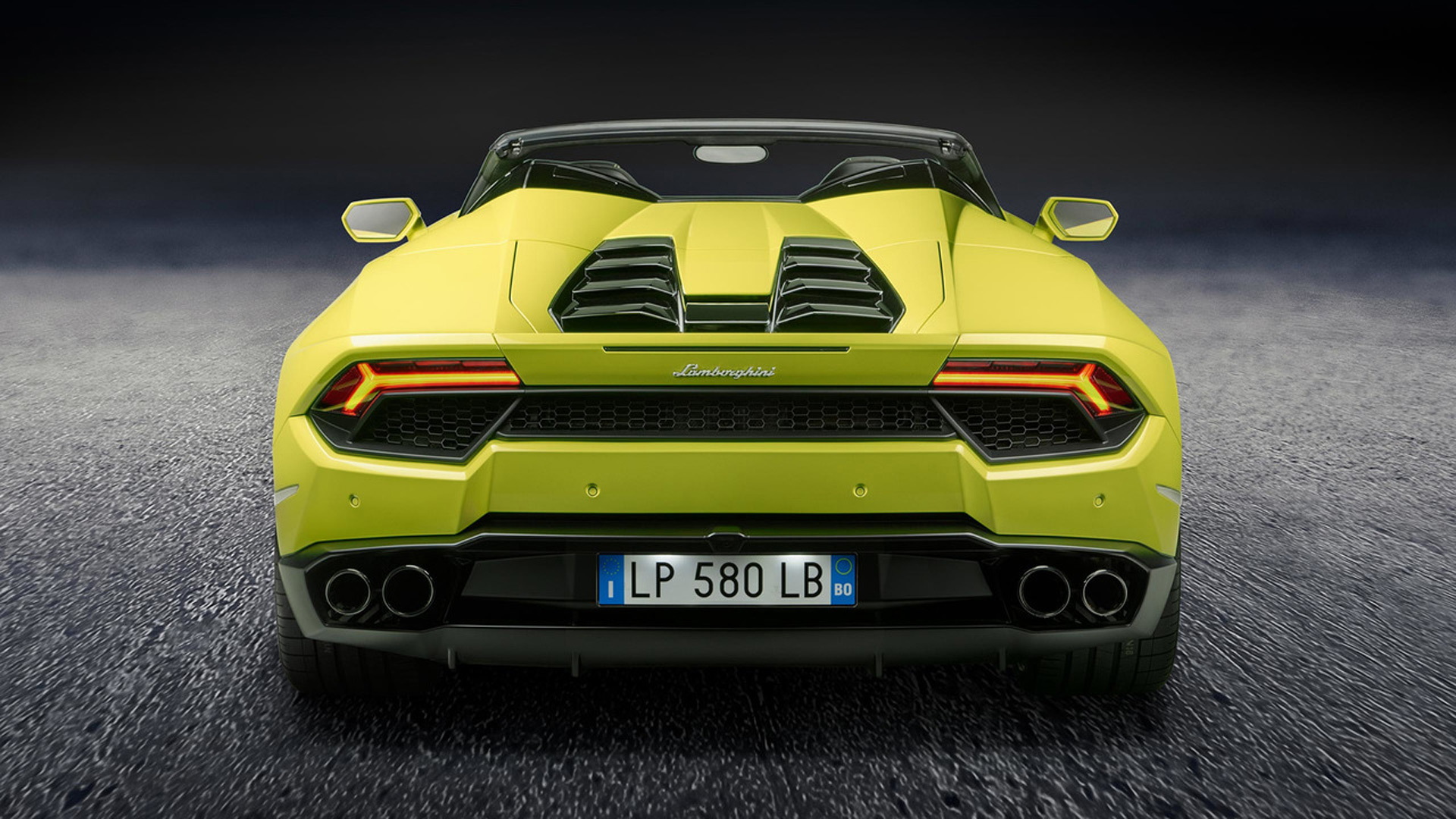 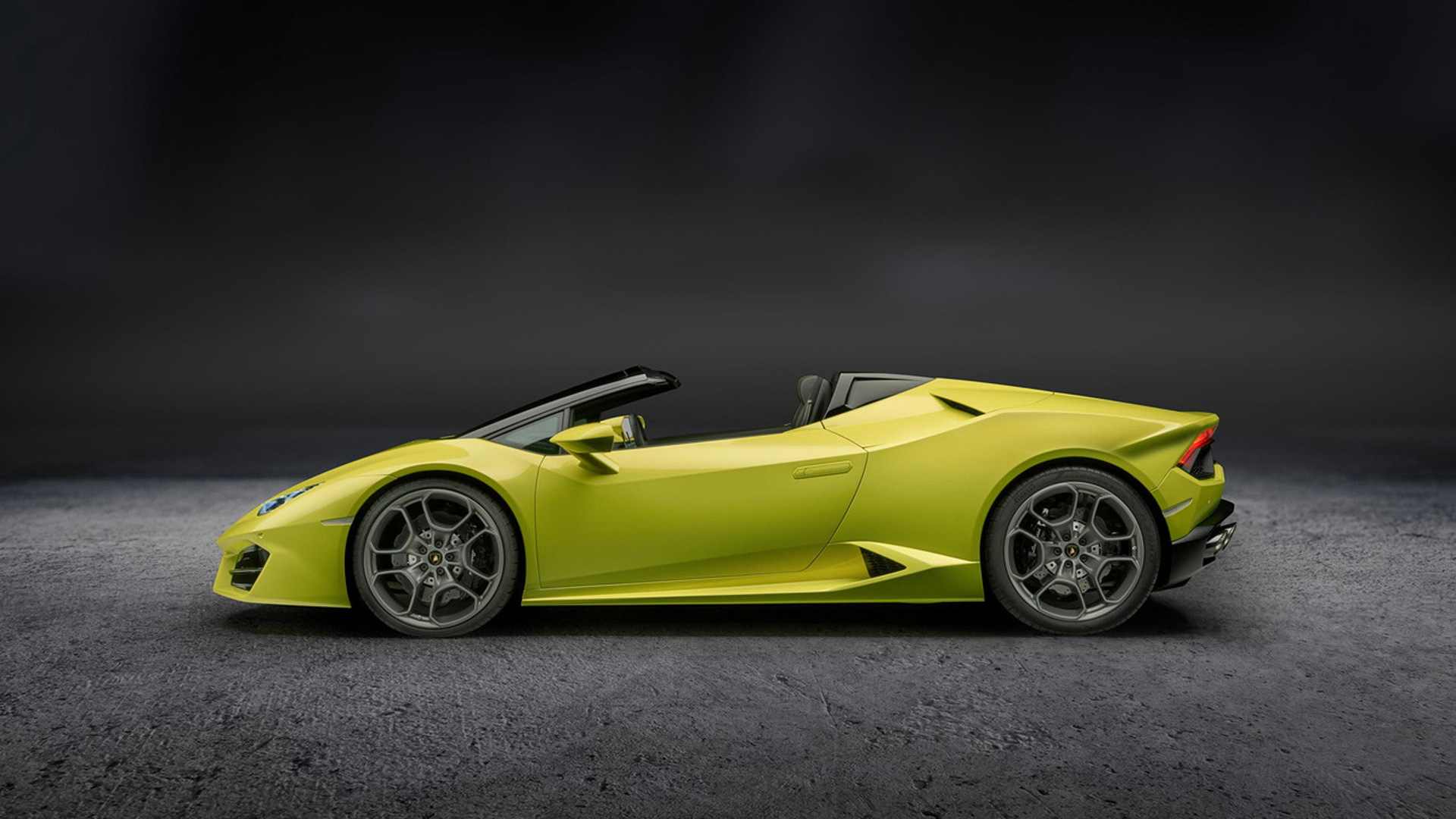 Love the rear-wheel-drive Lamborghin Huracán LP 580-2 but wished it came as a convertible?

Well, your wish has come true as Lamborghini has just unveiled an open-top version. It makes its debut on Wednesday at the 2016 Los Angeles auto show and races into showrooms in January 2017.

Apart from its soft-top roof, which is borrowed from the LP 610-4 Spyder, the LP 580-2 Spyder is pretty much the same as the LP 580-2 coupe, which is currently our favorite model in the Huracán range.

There is one other difference, though, and that’s the new car’s name. Lamborghini is simply calling it the Huracán Rear-Wheel Drive Spyder, dropping its traditional alphanumeric naming practice that indicated engine layout and metric horsepower rating.

The roof takes just 17 seconds to go up or down and is fully functional at speeds of up to 31 mph. When down, two distinctive fins rise out of the folding roof-casing to perfectly define the unique lines of the open car. An integrated duct also helps to reduce turbulence in the cabin when the roof is down.

The dry weight of the car is 3,326 pounds, split 40:60 front to rear. The suspension, which consists of springs and anti-roll bars on double wishbone suspension, has been specially calibrated for the rear-wheel-drive configuration, as has the power management, steering, and traction and stability control.

A driving modes selector, controllable via a button on the steering wheel, allows the driver to alter most of these settings, with the most extreme setting being the Corsa track mode.

Lamborghini is yet to announce a price but says the car sits between the LP 580-2 and LP 610-4 coupe models in the Huracán range.