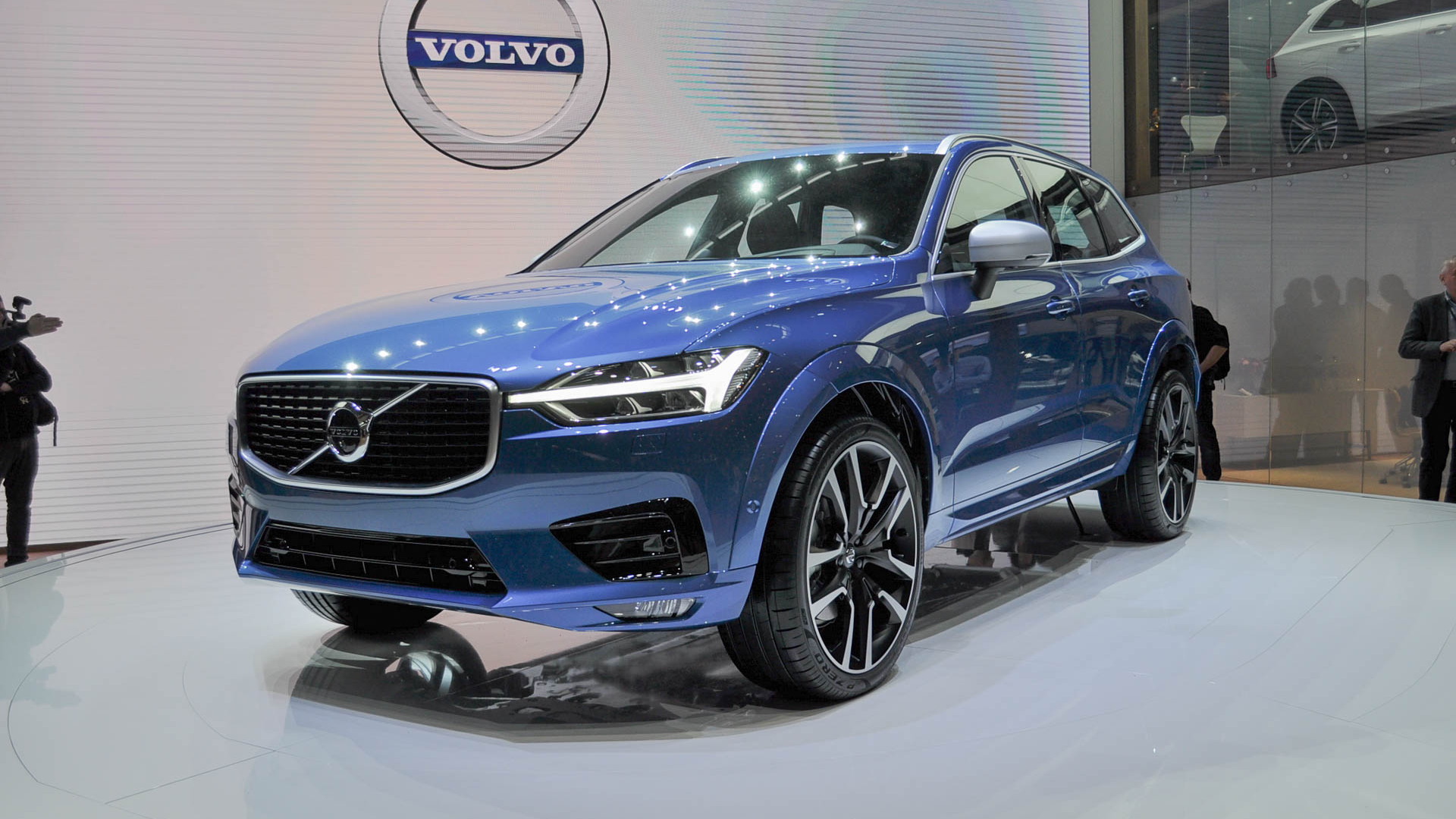 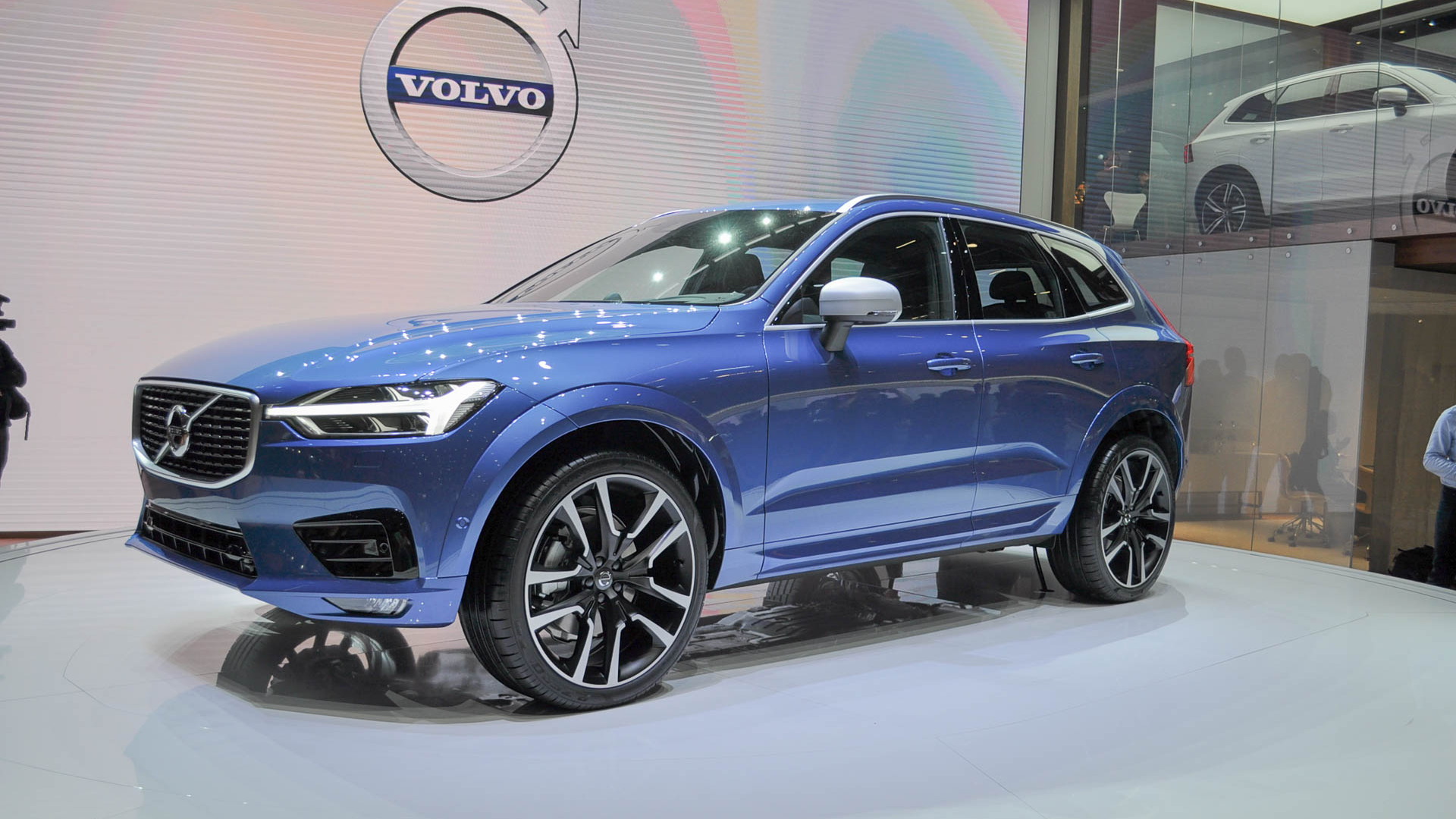 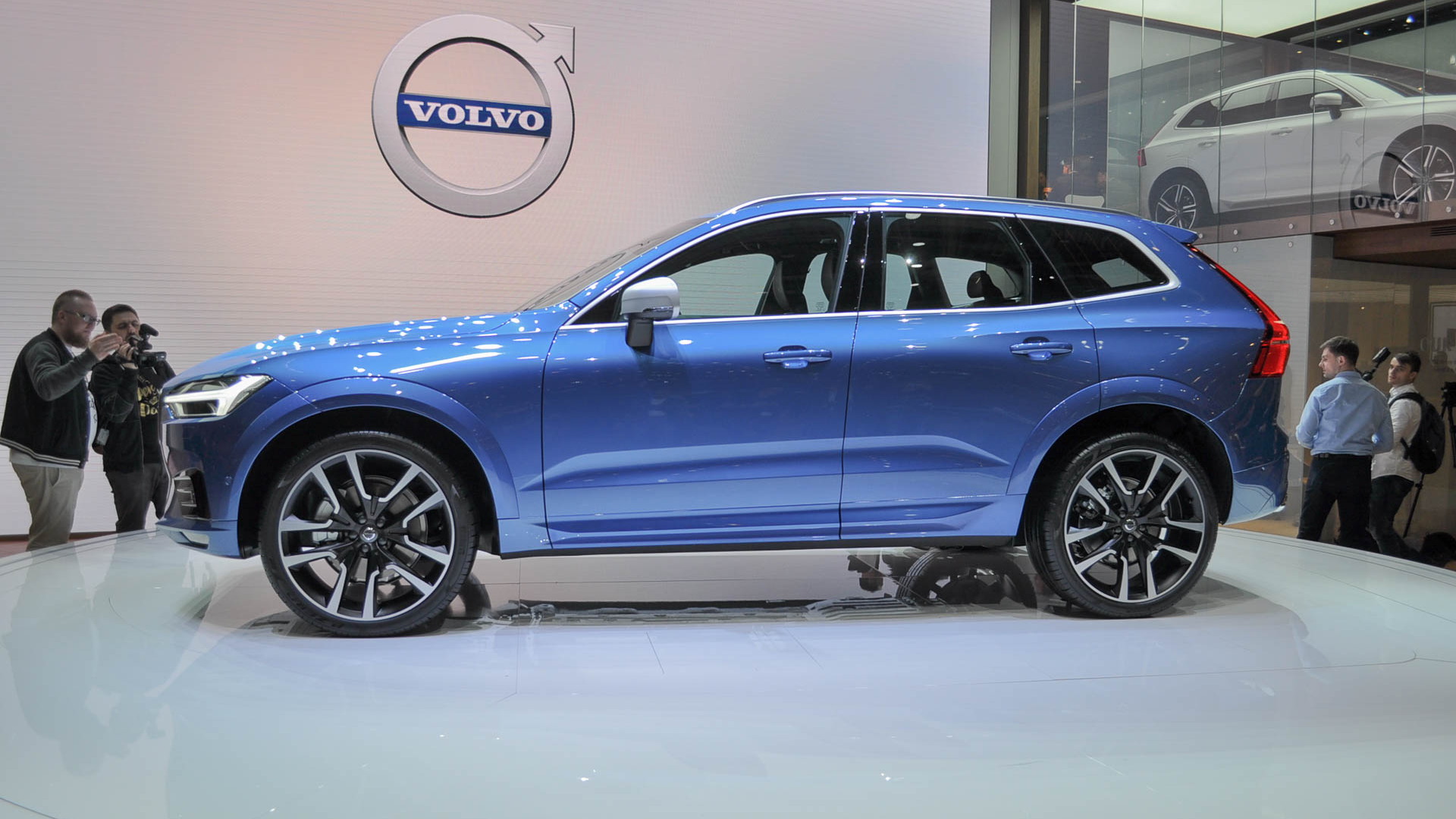 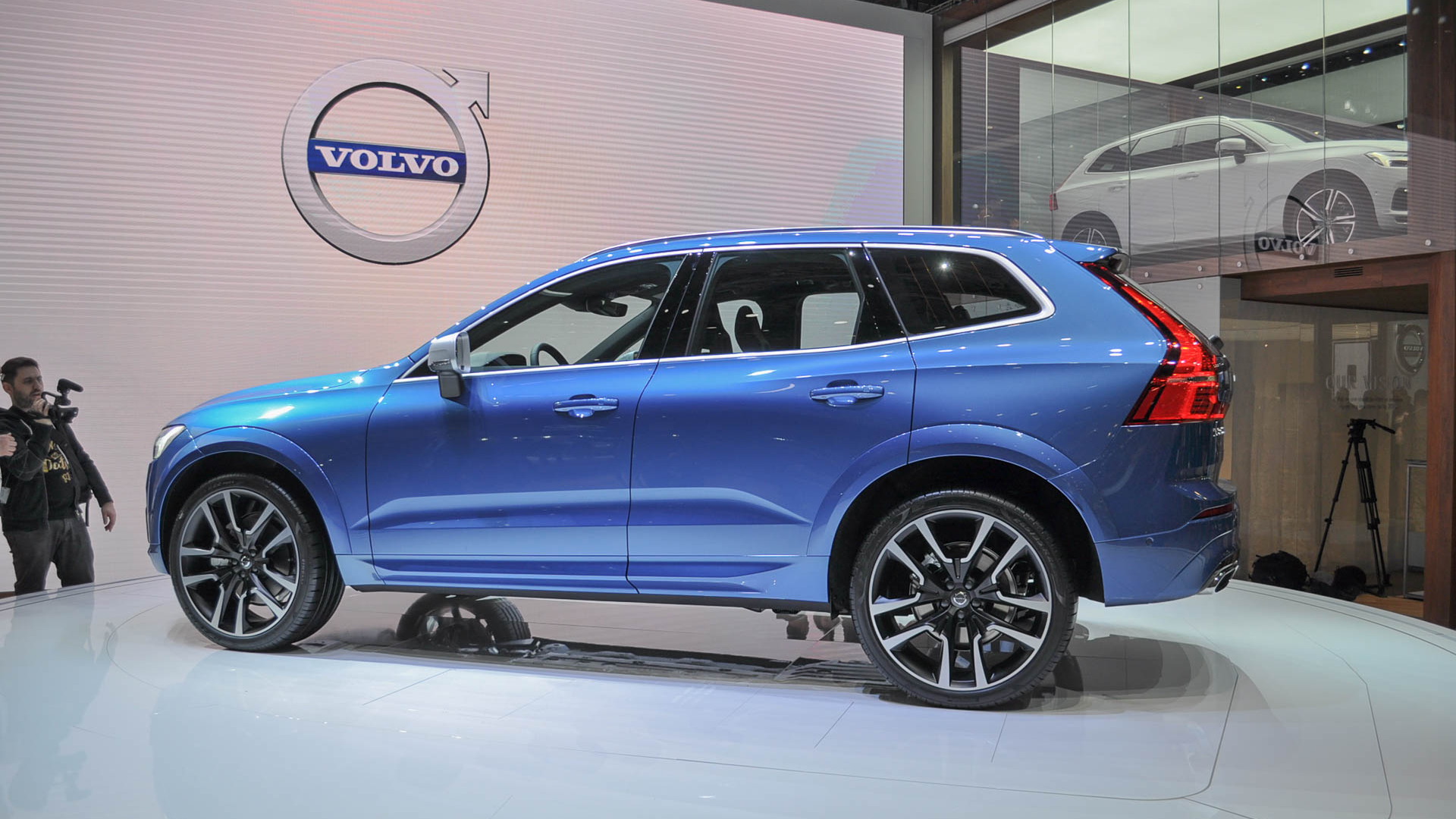 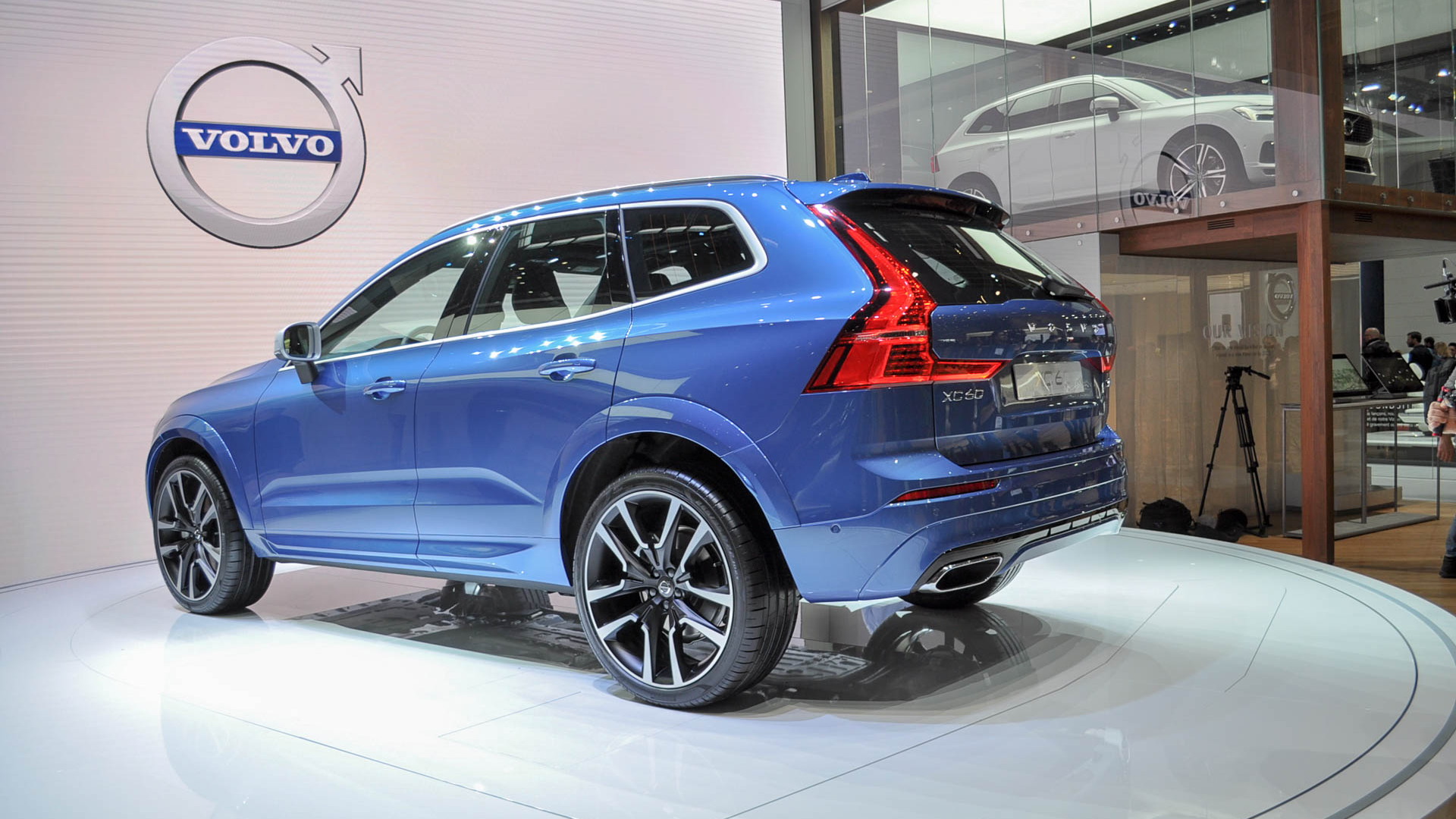 Volvo on Tuesday unveiled the second generation of its XC60 SUV at the 2017 Geneva auto show. It was at the Swiss show nine years ago that we saw the original XC60. The redesigned model enhances all the things we like about the original, such as its handsome looks, high levels of comfort and excellent safety, and adds loads of new technology.

The vehicle rides on a scaled down version of the platform found in the XC90 and also resembles its big brother. Up front is Volvo’s signature Thor’s Hammer daytime running lights design, though the motif now extends outside of the main headlight cluster and reaches the sides of the grille. And the grille itself has lost much of the chrome detailing seen on the 90 series models, while at the rear the waterfall-style taillights have a new LED graphic.

The cabin design and layout will be familiar to anyone that’s sat in Volvo’s 90 series models. A large tablet-like screen sits in the center of the dash and is the main hub for the infotainment system. New on the XC60 is a four-zone climate system designed to filter out pollutants and particles from the air coming from outside the cabin.

Sharing a platform with the XC90, in this case Volvo’s Scalable Product Architecture (SPA), means the redesigned XC60 also benefits from many of the same powertrains and tech features of the XC90 and other 90 series models. There are some new items, though.

One of these is the latest version of the Volvo City Safety collision avoidance system which in addition to automatic braking is now able to automatically steer a car of trouble, within the given road rules. It will automatically steer or provide steering support in situations when braking alone isn’t enough. It's been designed to operate at speeds between 31 and 62 mph. Below this threshold, braking is typically sufficient to avoid an accident.

Also debuting on the redesigned XC60 is a lane keep assist feature that helps drivers avoid accidents with vehicles in an oncoming lane. The system works by alerting a driver who has unwittingly wandered out of a driving lane by providing automatic steering assistance, guiding them back into their own lane. This system is active between 37-87 mph. It also works with the blind spot warning system so that it can automatically steer a vehicle back into its own lane when a driver is merging but has failed to detect a vehicle in the next lane.

One final driver aid worth mentioning is Volvo’s Pilot Assist partial self-driving system. The latest version allows a vehicle to accelerate, decelerate, and steer in road conditions with clear lane markings at speeds of up to 80 mph. The driver is still required to keep watch in case of emergencies, however.

Production of the redesigned XC60 will commence at Volvo’s plant in Torslanda, Sweden next month. The vehicle is due in the United States later this year, as a 2018 model.

Specifications for our market are yet to be confirmed but we can expect the base model to be a T5 sporting a turbocharged 2.0-liter inline-4 delivering about 250 horsepower. At the other end of the spectrum will be a T8 Twin Engine plug-in hybrid with a supercharged and turbocharged 2.0-liter inline-4 working in conjunction with an electric drive system to deliver around 400 hp—the latter promises 0-60 mph acceleration in around 5.0 seconds. An 8-speed automatic and all-wheel drive should be standard at launch. A front-wheel drive model is likely to be offered at a later date.

Rivals include the usual suspects in the small luxury SUV segment such as the Audi Q5, BMW X3 and Mercedes-Benz GLC. There’s also the Jaguar F-Pace plus its new corporate cousin: Land Rover’s sexy Range Rover Velar which also debuted in Geneva. For more from the show, head to our dedicated hub.