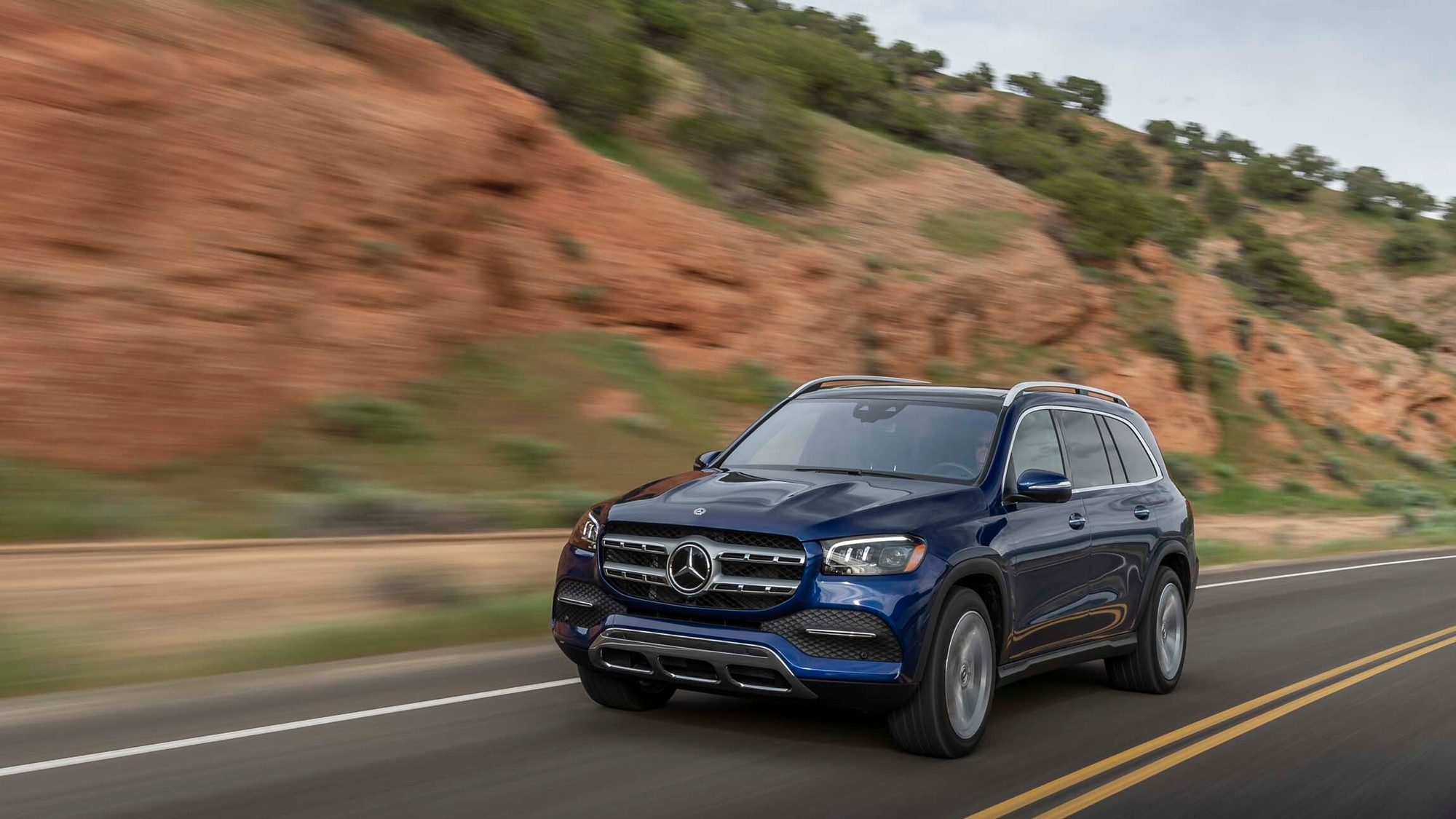 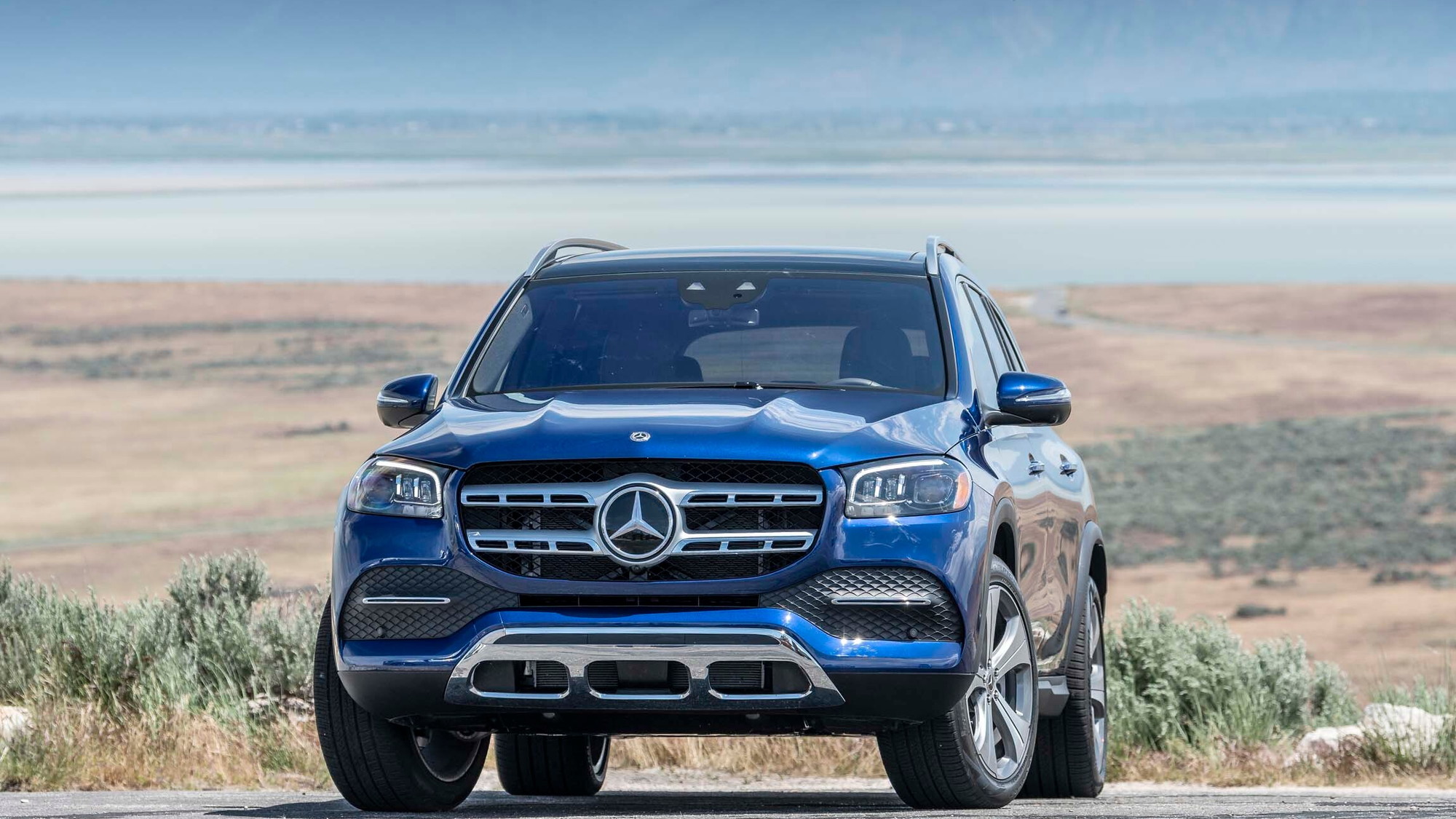 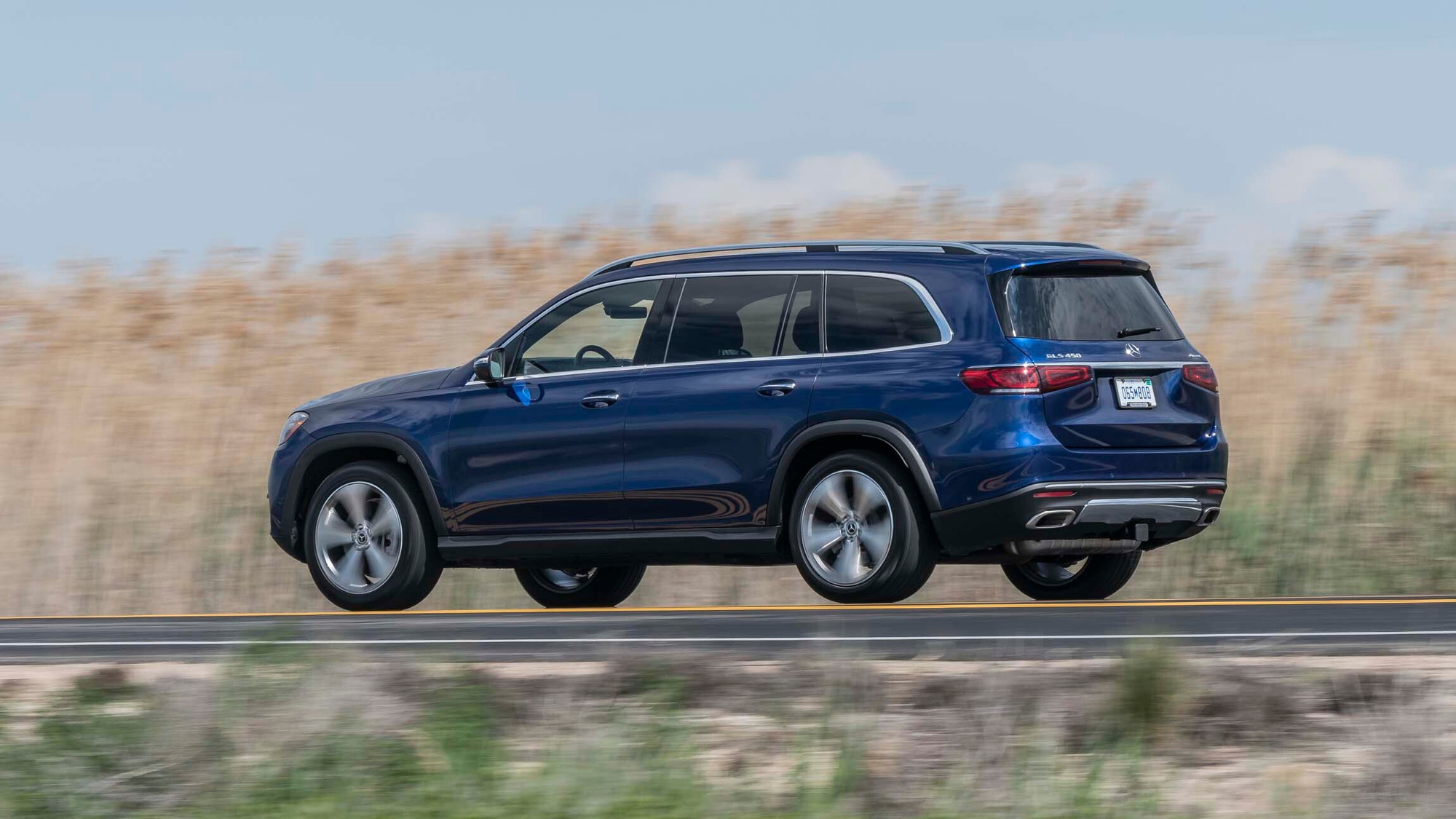 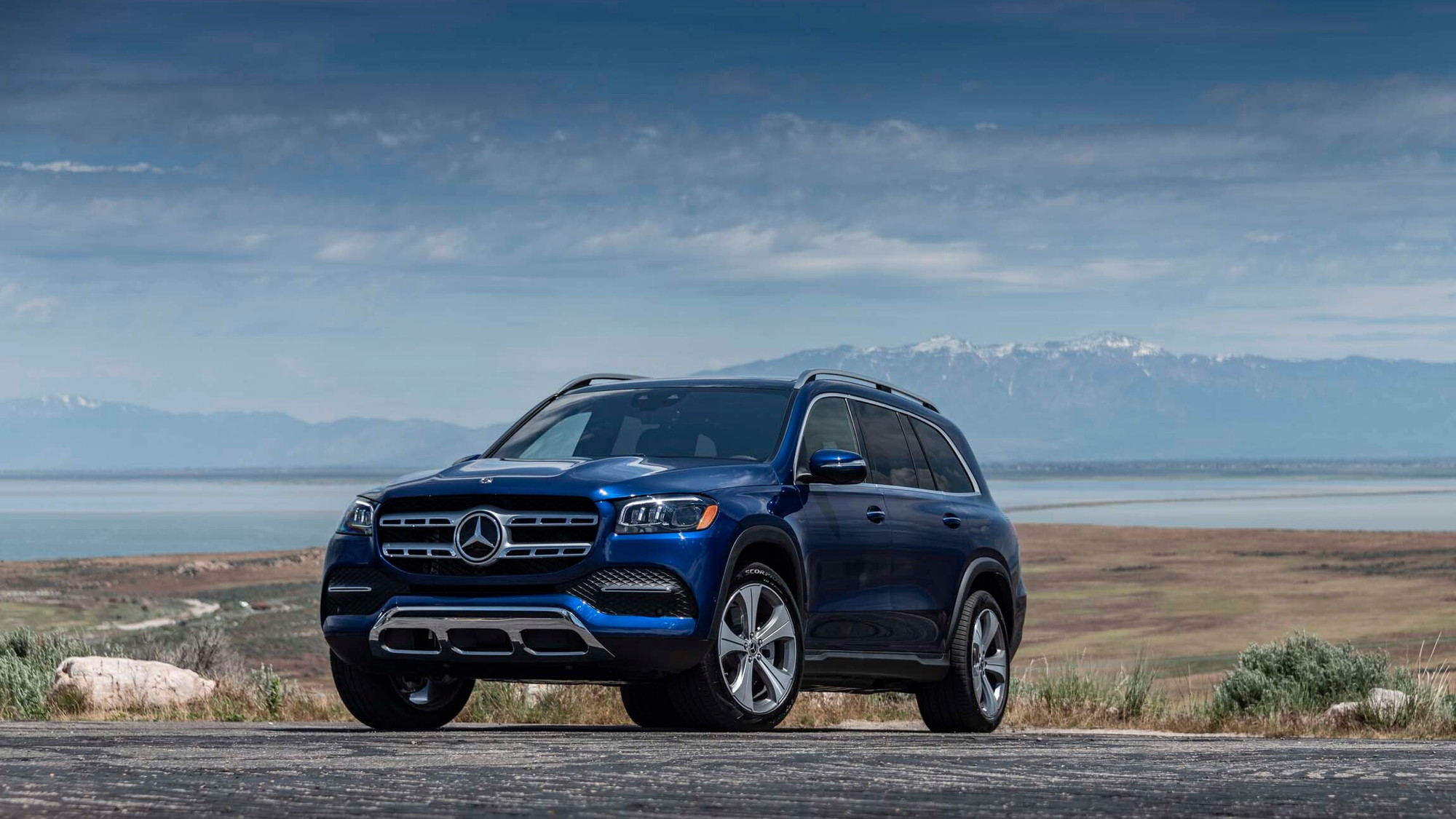 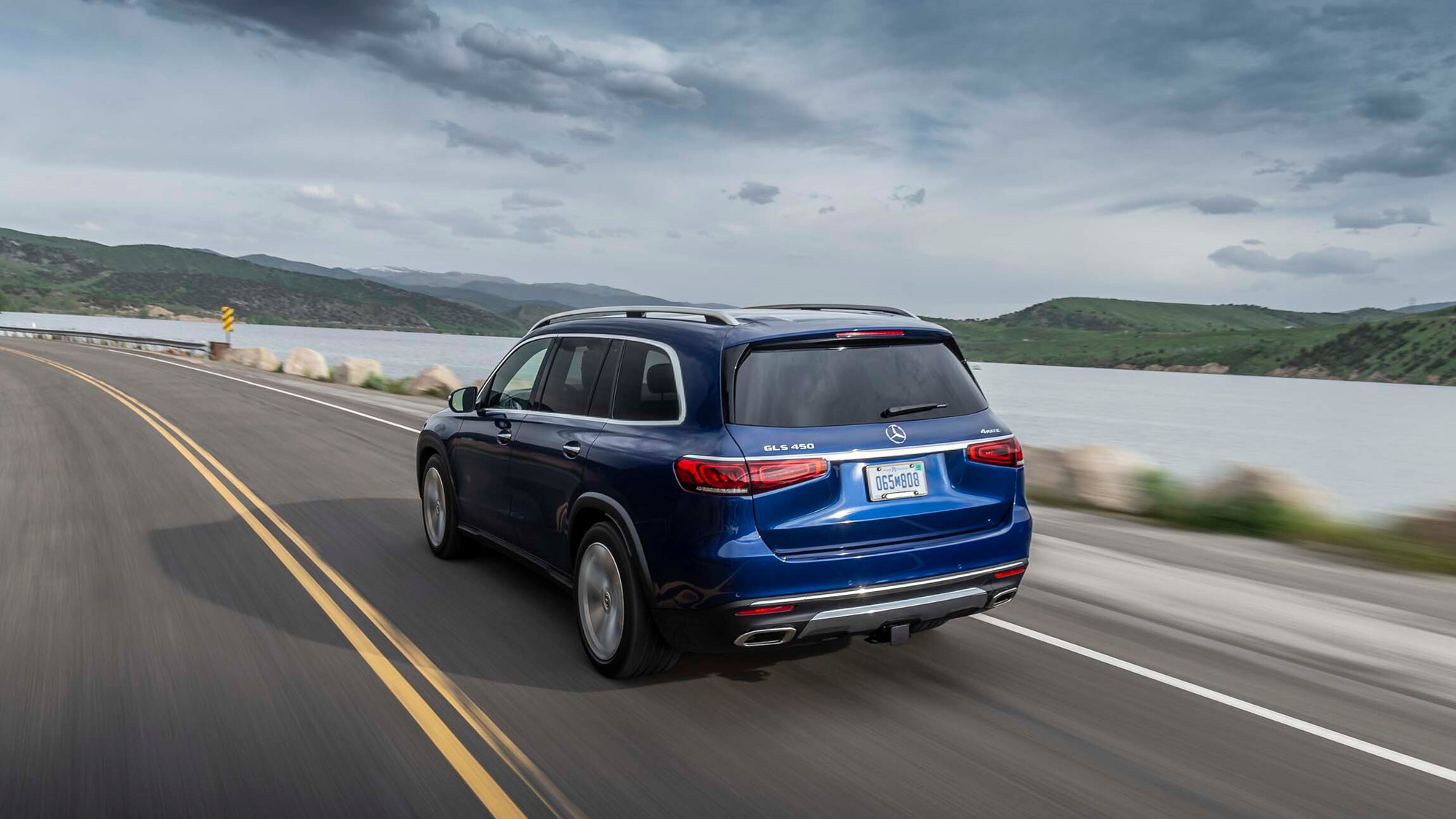 When the Union Pacific and Central Pacific railroads charged toward Promontory, Utah, in 1869 to hammer the golden spike that would open up North America’s first transcontinental link, they had no idea how quickly they’d change the world. What once took an agonizing six months to travel, unreliably, by ship from New York to San Francisco now took just five days.

The 2020 Mercedes-Benz GLS-Class won’t make highway jaunts any faster than any other SUV—there are speed limits to heed, after all—but it civilizes the road like few cars before.

MORE: 2020 Mercedes-Benz GLS aims to be the S-Class of SUVs

I’ve spent a day hustling a 2020 GLS450 through the Wasatch Range, the westernmost stretch of the Rockies in Utah, about a 90-minute drive from Promontory, and I’m sold. I’m ready to cash in my savings and my 401(k) and maybe swing by a few pawn shops to scrounge up the rest needed for this $78,000 wonder machine.

The new GLS has all the presence of a locomotive, a burly SUV with a blunt face that punches through the wind on its way to deliver something—kids to school, perhaps—in supreme comfort. It, perhaps even more than first class on an Airbus A380, is the modern equivalent of the Pullman coaches that hustled titans of industry from coast to coast along the Transcontinental Railroad.

The dark blue GLS that I snake down Highway 65 glides on its optional E-Active Body Control suspension. The E-Active system uses sensors to read the road ahead for imperfections and adjusts each corner of the air suspension in anticipation of what’s to come. Hustled through a winding road, the GLS stays almost too upright, with so little lean that I find myself accidentally hitting triple digits even though a yellow sign strongly suggested that I dial it back to 55 mph for safety.

Earlier in the day, I’d driven a GLS with the standard air suspension. While it’s too bouncy in Comfort mode, the base suspension responds more predictably. E-Active Body Control is astounding in its abilities, and it whets the appetite for what could happen with the next generation of this system. It’s also bound to be jaw-droppingly expensive when individual option prices are announced; Mercedes charges $8,100 for the option on its related but smaller GLE, though that includes the air suspension that’s standard on the GLS. It won’t take much to option a GLS into six figures, at which point E-Active Body Control is just a tick of another option box for some shoppers.

A 48-volt starter-generator paired with a lithium-ion battery provides the electrical oomph to make the power-hungry E-Active Body Control system viable. The 48-volt system, which Benz calls EQ Boost, can also supply a swift 21 horsepower, 184 pound-feet of torque kick in the pants to either the GLS450’s 362-hp turbocharged inline-6 or the GLS580’s 483-hp turbocharged V-8. It’s like a real-world version of the nitro button on a 1990s driving simulator, only more predictable (but maybe probably faster). For nearly any driver, the GLS450 will prove more than sufficient. Its 3.0-liter inline-6 is a mildly detuned version of the engine under the hood of the automaker’s various 53 AMG models, such as the E53. The V-8 provides more punch, but it works almost too well with the 9-speed automatic transmission. Stab the GLS580’s throttle into the floor and it vaults forward with terrier-on-the-prowl ferocity.

Both engines are refined almost to the point of absurdity, more like a Japanese bullet train in their silence than the Union Pacific No. 119 that charged toward Promontory from Chicago. The GLS defies its brick shape with planted, stable tracking, even as the wind picks up as I head toward Salt Lake City. It feels almost as though it’s on rails, to quote the overused cliche, and the available 23-inch wheels aren’t all that much smaller than the big steel wheels on a train. The ride even with the biggest wheels is soft in Comfort mode thanks to the air suspension, but more controlled in Sport and Sport+.

With the twisties in my rearview mirror, I tap the cruise control switch, which allows for limited hands-free driving. Nudge the turn signal and the GLS looks for an opening in traffic and, finding one, automatically motors itself into a neighboring lane. It’s far from autopilot, but it does take some stress out of daily driving. As if the spacious interior with its built-in fragrance diffuser, seats that provide several massaging modes, and sublime Burmester audio system wasn’t enough of a calming presence.

Those Pullmans had enough interior volume that one owner is rumored to have set up a bouncy putting green, but they were hardly as cosseting as the latest GLS. The best seat in the house here isn’t up front, even though the first-class thrones offer an expansive view and feel just as good in the base synthetic leather as they do in the extra-cost hides with contrasting piping. Opt for the Executive Rear Seat Package and the second row boasts seats nearly as power-adjustable as those up front, plus heating and cooling, and a Samsung tablet that stows in the center console and serves as a mirror of the infotainment screen up front. A power-folding row three is standard and is tolerable for adults, but best for kids.

The interior looks best in lighter hues, which pair well with the various open-pore wood trims Mercedes offers. The standard panoramic sunroof is massive, but could benefit from the automatic dimming system Mercedes and Boeing have used in their SL and Dreamliner, respectively. With it open, the cabin gets toasty on a hot Utah day. I only have one other complaint about the interior: the plastic trim that makes up the small-items storage bins in the door panels is hard rather than being coated with a soft, leather-like material.

The main control interface consists of two 12.3-inch screens housed behind a glass panel, a look Mercedes has spent the last couple of years rolling out on its high-end models. In front of the driver sits a configurable instrument cluster. To the right above the quad air vents rests an almost identical screen that responds to touches, gestures, voice commands, and a touchpad on the center console. Mercedes’ latest MBUX infotainment software is on board, and it works well enough on its own that the standard Apple CarPlay and Android Auto compatibility may go unused. Buried within the system’s myriad menus are as many controls as one might find in the cab of a locomotive, though they’re accessed via icons with more character than the easy-read numerals on a railroad pocket watch.

With the massaging driver’s seat set to Hot Stone mode, the GLS450 does its closest impression to the rhythmic ca-chunk, ca-chunk of a train car as it chews up the highway below and spits out asphalt in the rearview mirror. It’s hard to imagine a more civilized way to explore America.