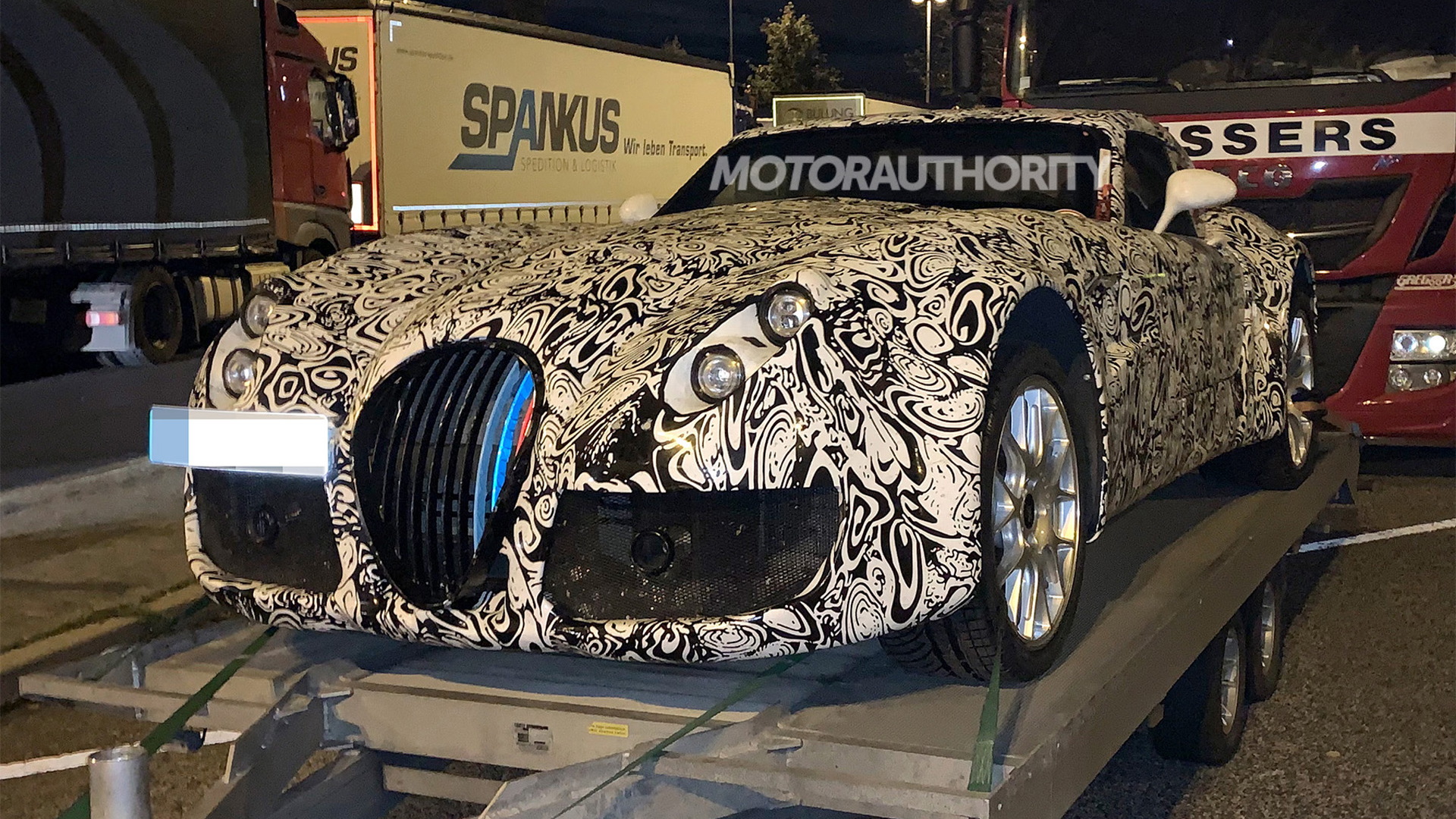 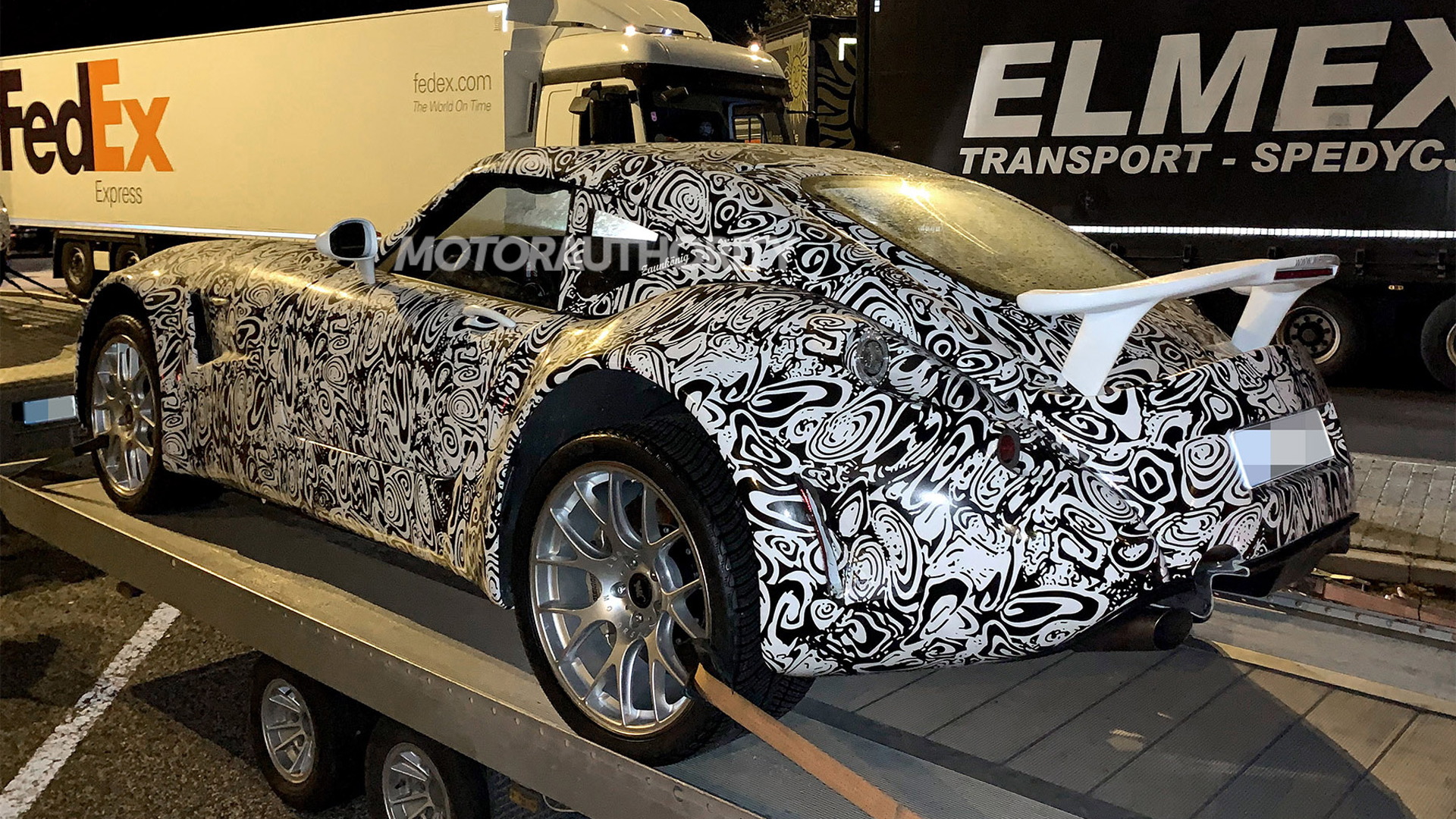 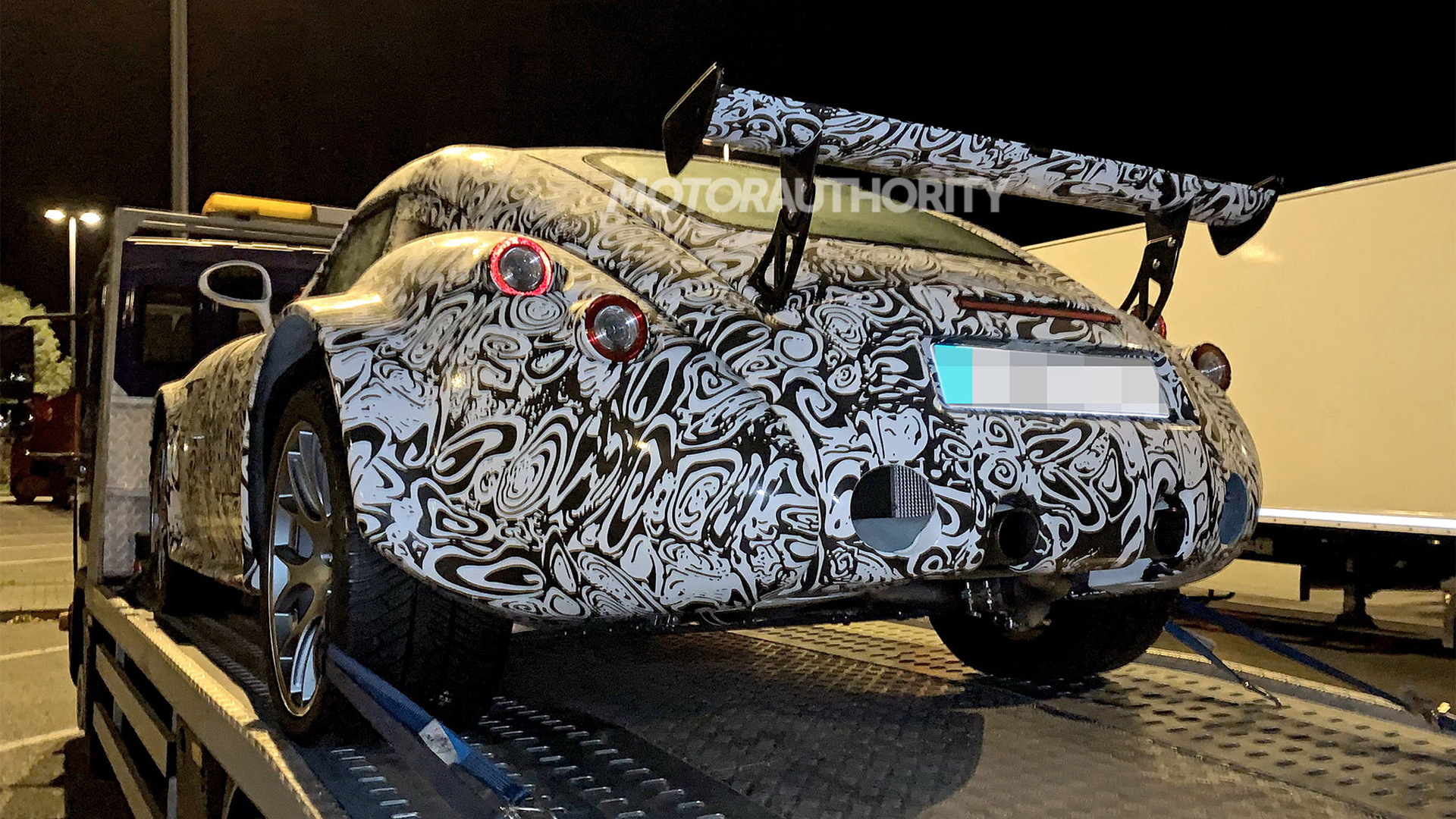 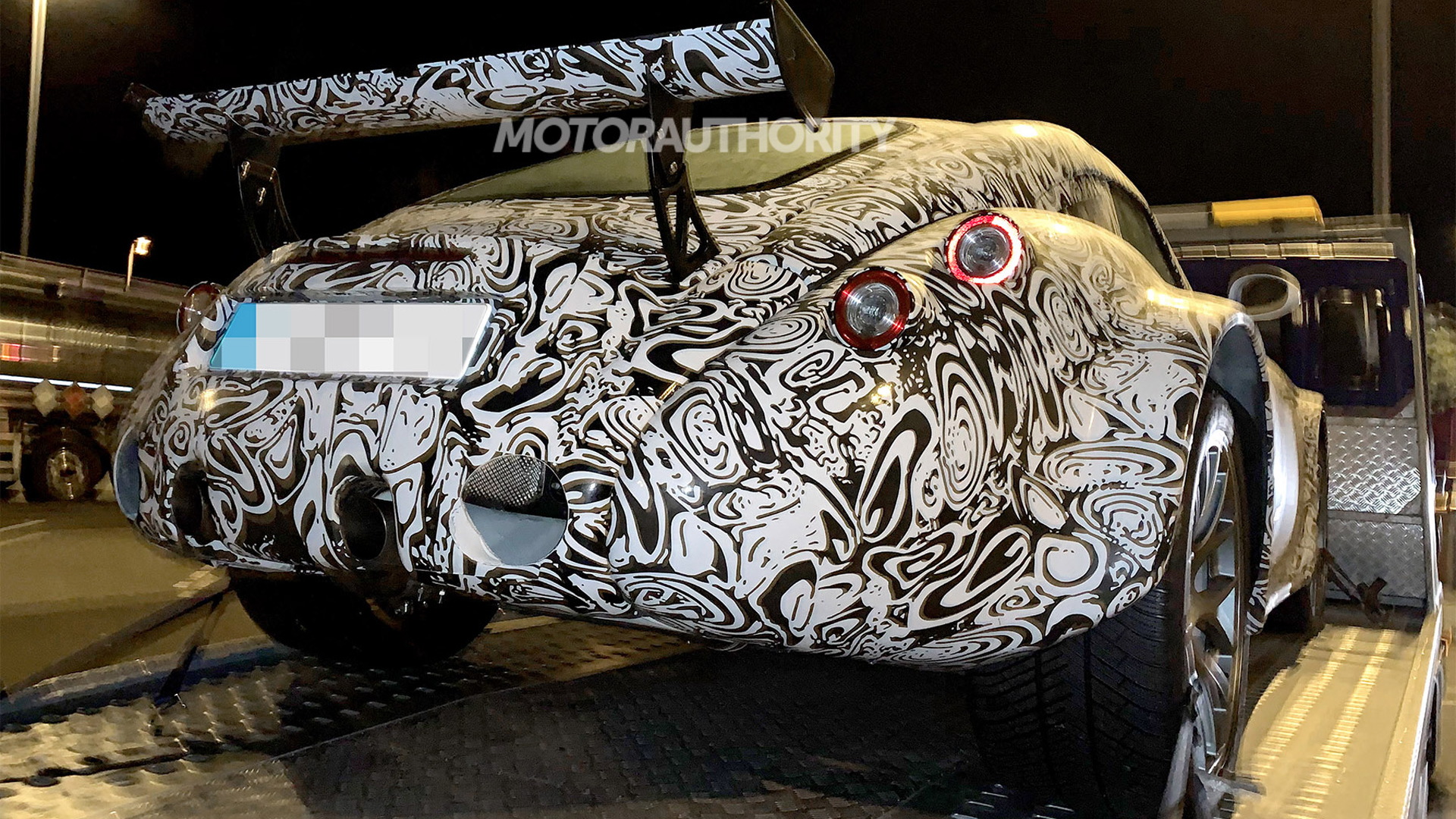 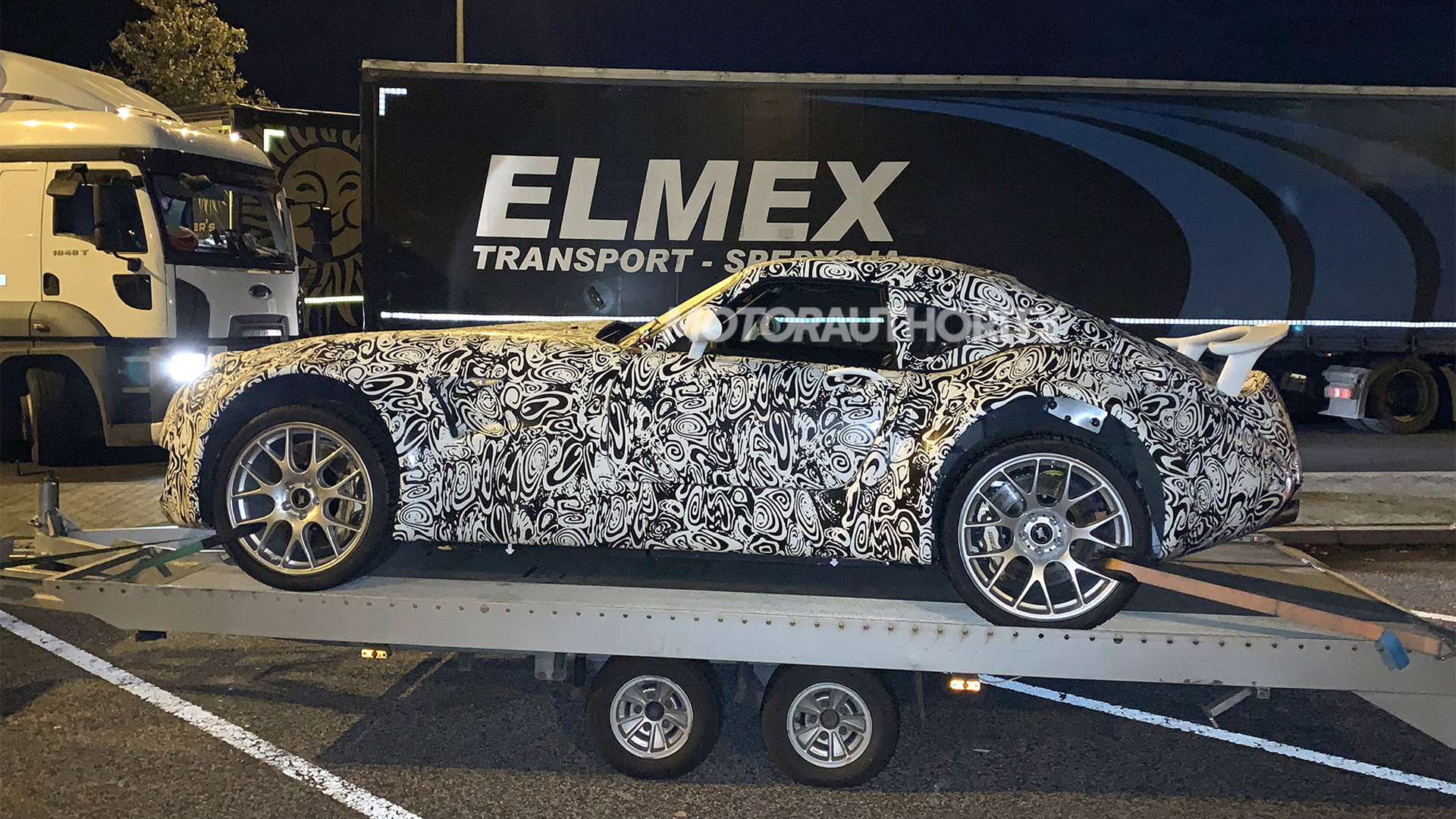 Revived German sports car brand Wiesmann has been spotted with prototypes for a new model set for reveal in 2022.

The prototypes were spotted on a transport truck near the Nürburgring, suggesting that some high-speed testing is about to get underway.

They reveal that Wiesmann's new sports car will stick with the retro, Jaguar XK140-inspired design of its MF5 predecessor. There are subtle differences, though, such as the enlarged intakes in the front fascia, the new front fender vents, and the widened gap between the tailpipes.

The new car, code-named Project Gecko, is described as a modern take on the MF5 launched a decade ago. A possible name is MF6, which would be a continuation of the company's previous naming strategy.

Underpinning the car is a new platform that should bring significant performance gains thanks to lightweight construction. The weight distribution will also be an ideal 50:50 split.

Also new will be the engine, confirmed to be BMW M's 4.4-liter twin-turbocharged V-8, an engine known to be capable of delivering well over 600 horsepower. Previous Wiesmanns also ran engines sourced from the BMW performance skunkworks.

Wiesmann has been building its niche sports cars since the early 1990s. However, the company ceased operations in 2014 after running into financial troubles. Investors from the United Kingdom bought the company the next year and the Project Gecko is the first product under the new owners.

With the new owners there is also a new focus: tapping global markets. This means Wiesmann’s latest cars will be offered in both left- and right-hand drive for the first time, enabling them to be sold in more markets. No word yet if Wiesmann will make it to the United States, though.