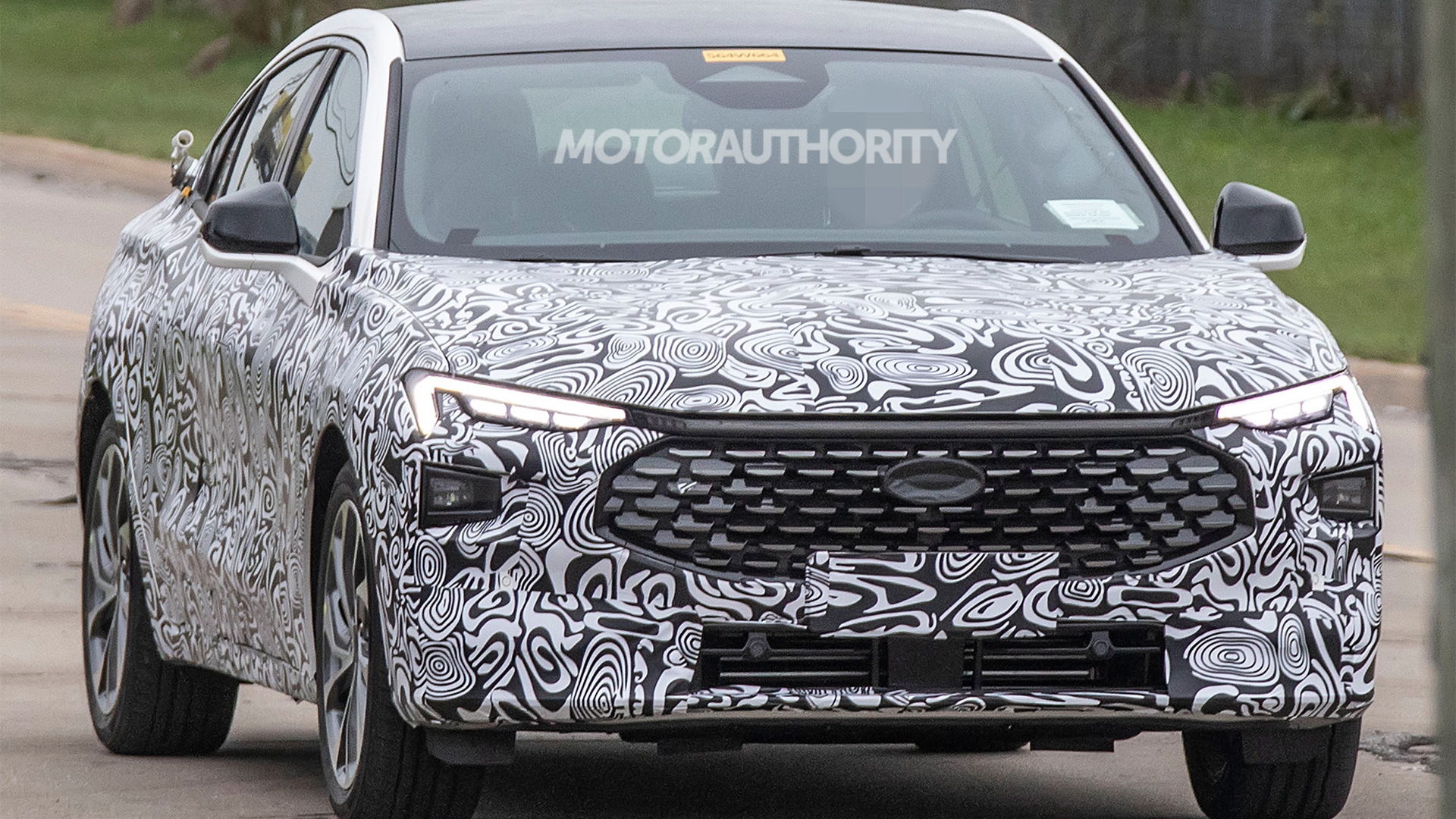 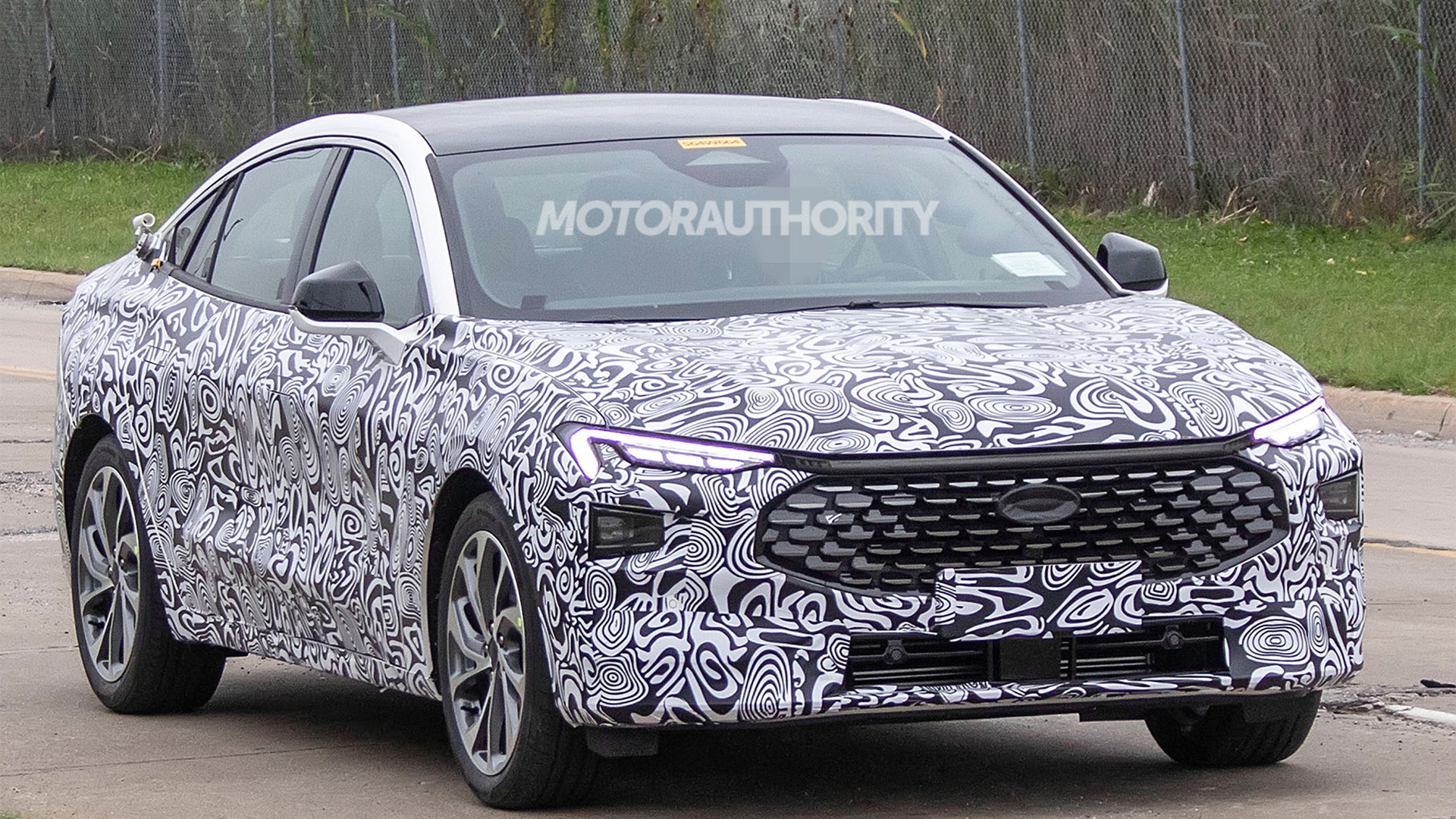 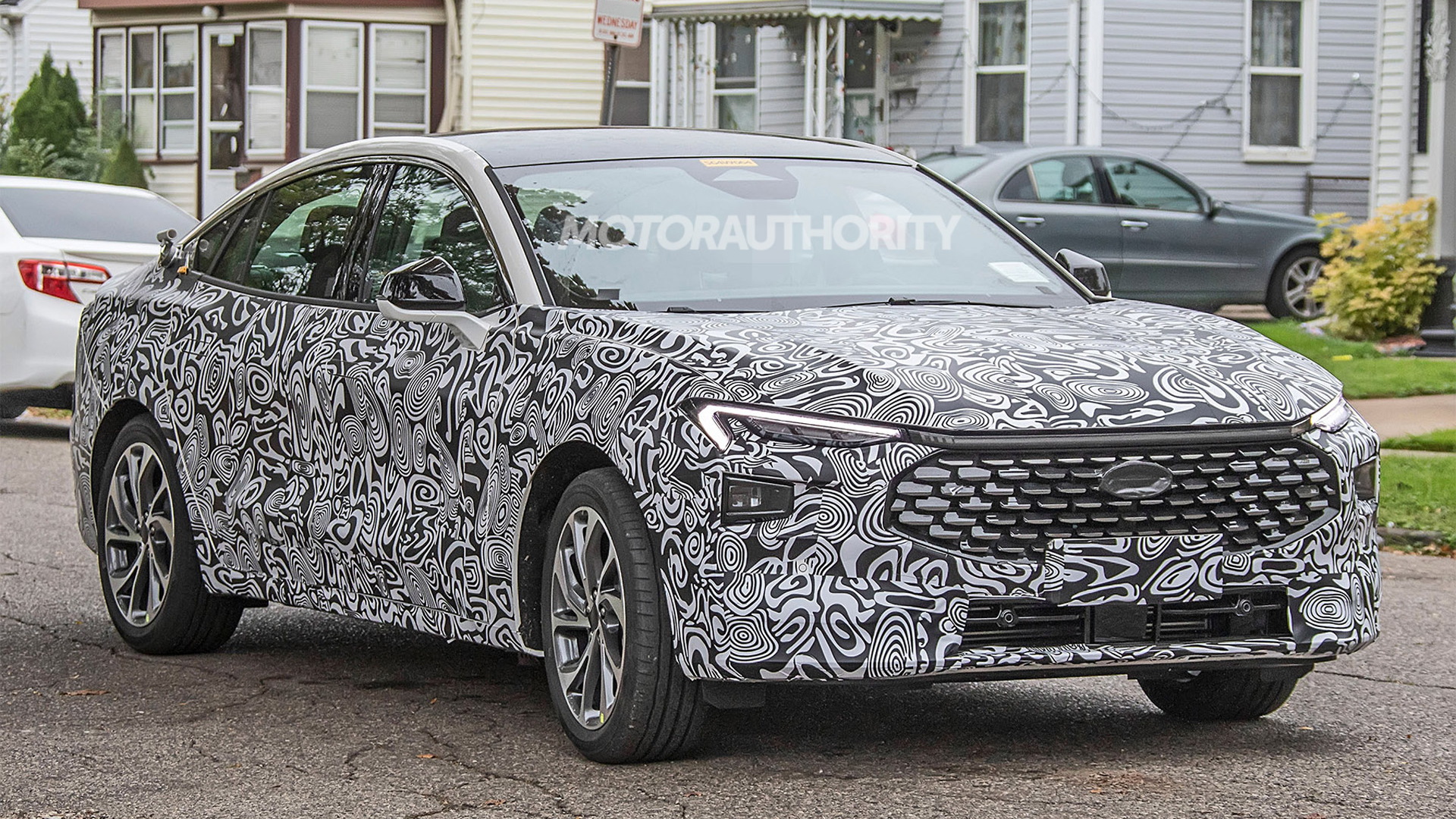 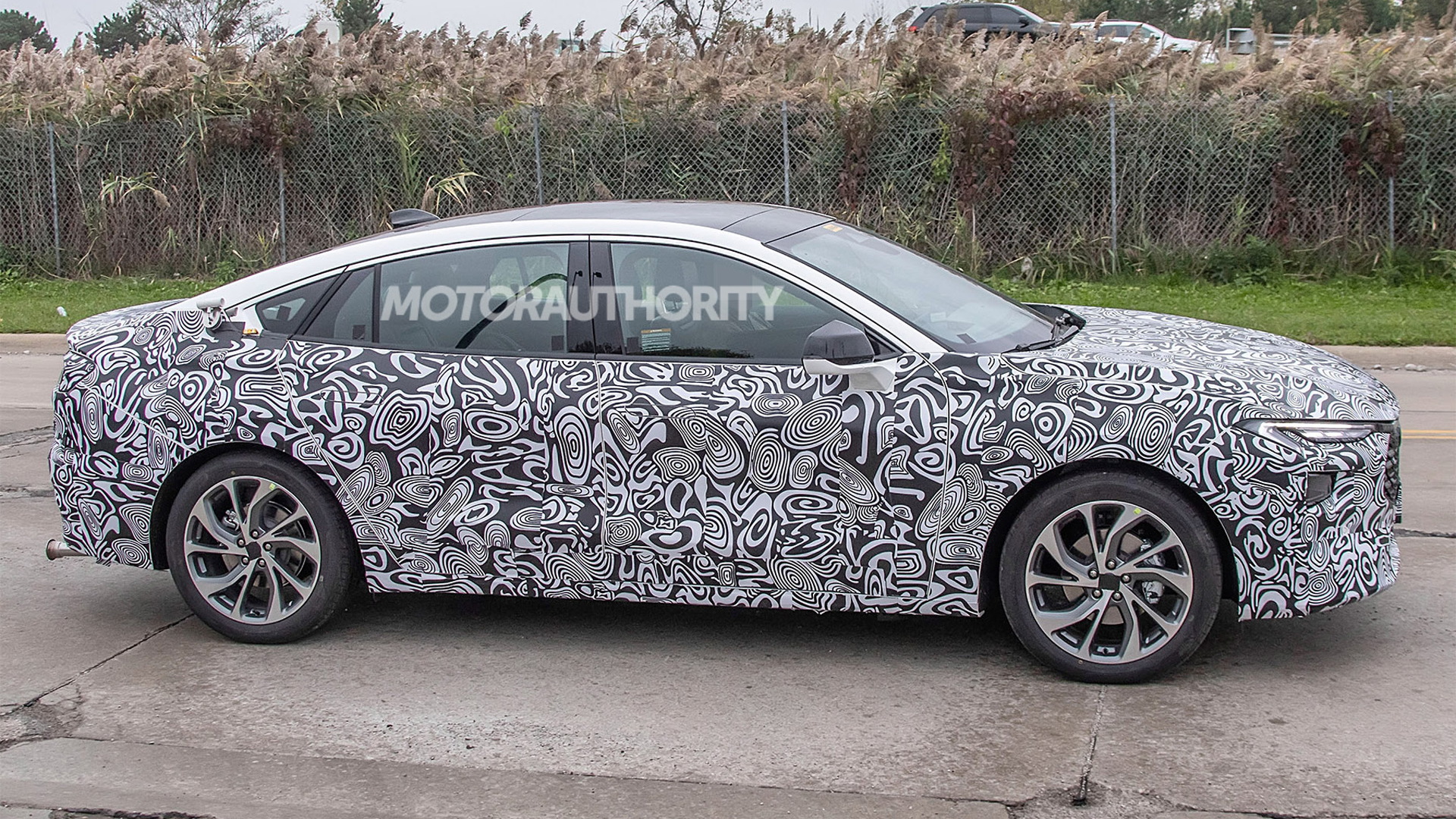 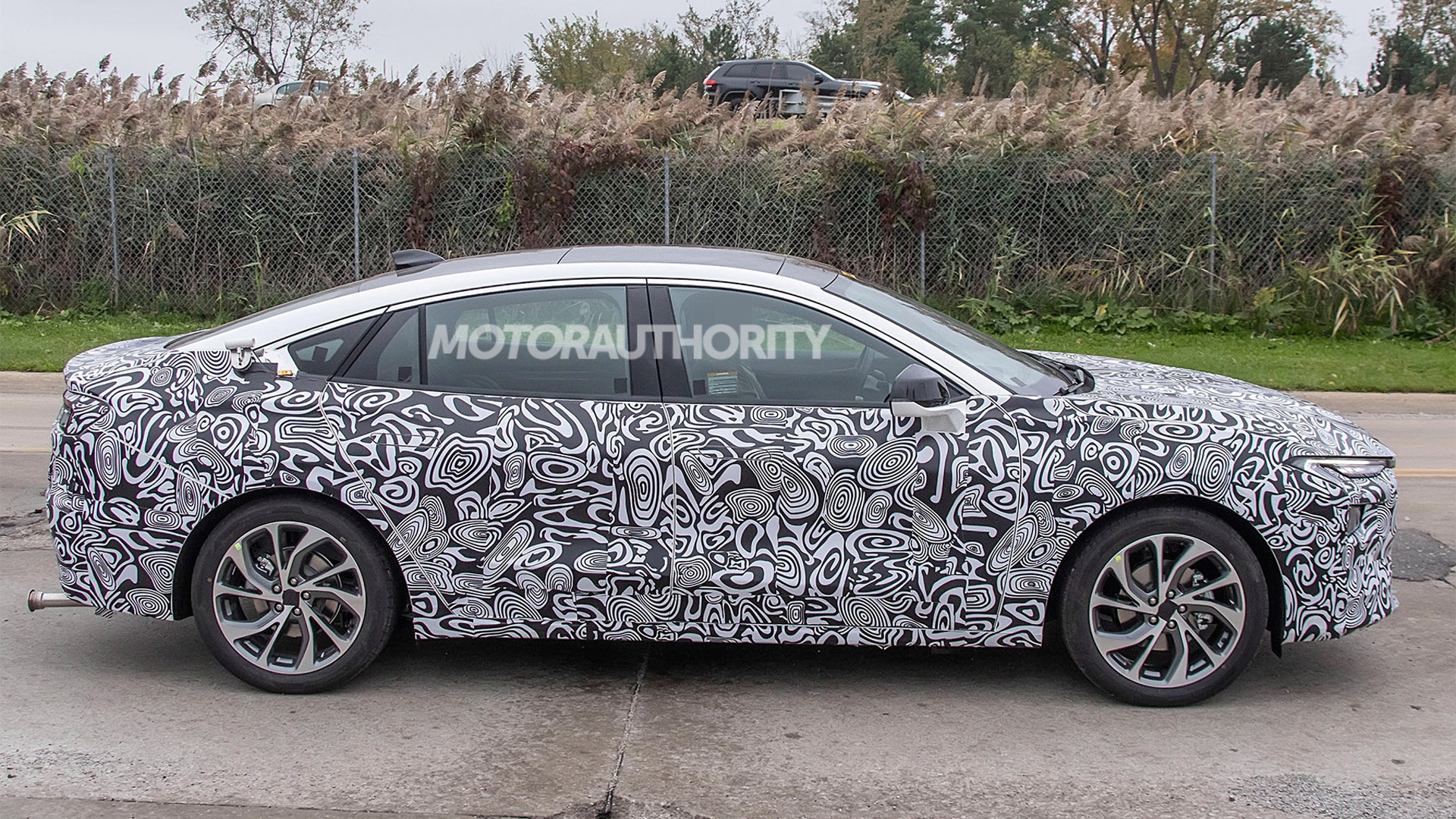 Ford engineers have been spotted with a prototype for a redesigned Fusion sedan.

Previously thought to be a hatchback destined to be marketed as a Fusion Active in the U.S., the latest spy shots reveal the car as a conventional sedan. This means we're unlikely to see it sold in the U.S., due to Ford's focus on SUVs, pickups and utilities here.

The new Fusion is a sure bet for the Chinese market, where the body style remains in vogue (China also gets a redesigned Taurus sedan). We could also see it in offered in Europe as a redesigned Mondeo—the badge the Fusion was sold with outside North America.

The car is most likely a corporate cousin to the new Lincoln Zephyr that was unveiled last fall and developed exclusively for the Chinese market. This means it should roughly match the Zephyr's dimensions which include a 114-inch wheelbase and 196-inch length.

The Zephyr will be offered initially with a 2.0-liter turbocharged inline-4 and 8-speed automatic, and the new Fusion will likely have the same. A hybrid powertrain may also be offered at some point.

A debut is expected later this year but we already have a good idea as to how it will look, due to the similar design themes to Ford's Evos crossover which has also been developed exclusively for the Chinese market.

But what about a Fusion replacement for the U.S. market? Ford is still expected to offer a vehicle blending car and crossover elements, a sort of soft-roader. Don't be surprised if such a model is badged a Fusion Active. The Active designation is what Ford uses for soft-roaders it sells overseas, like the Fiesta Active and Focus Active.

Stay tuned for an update as development continues.