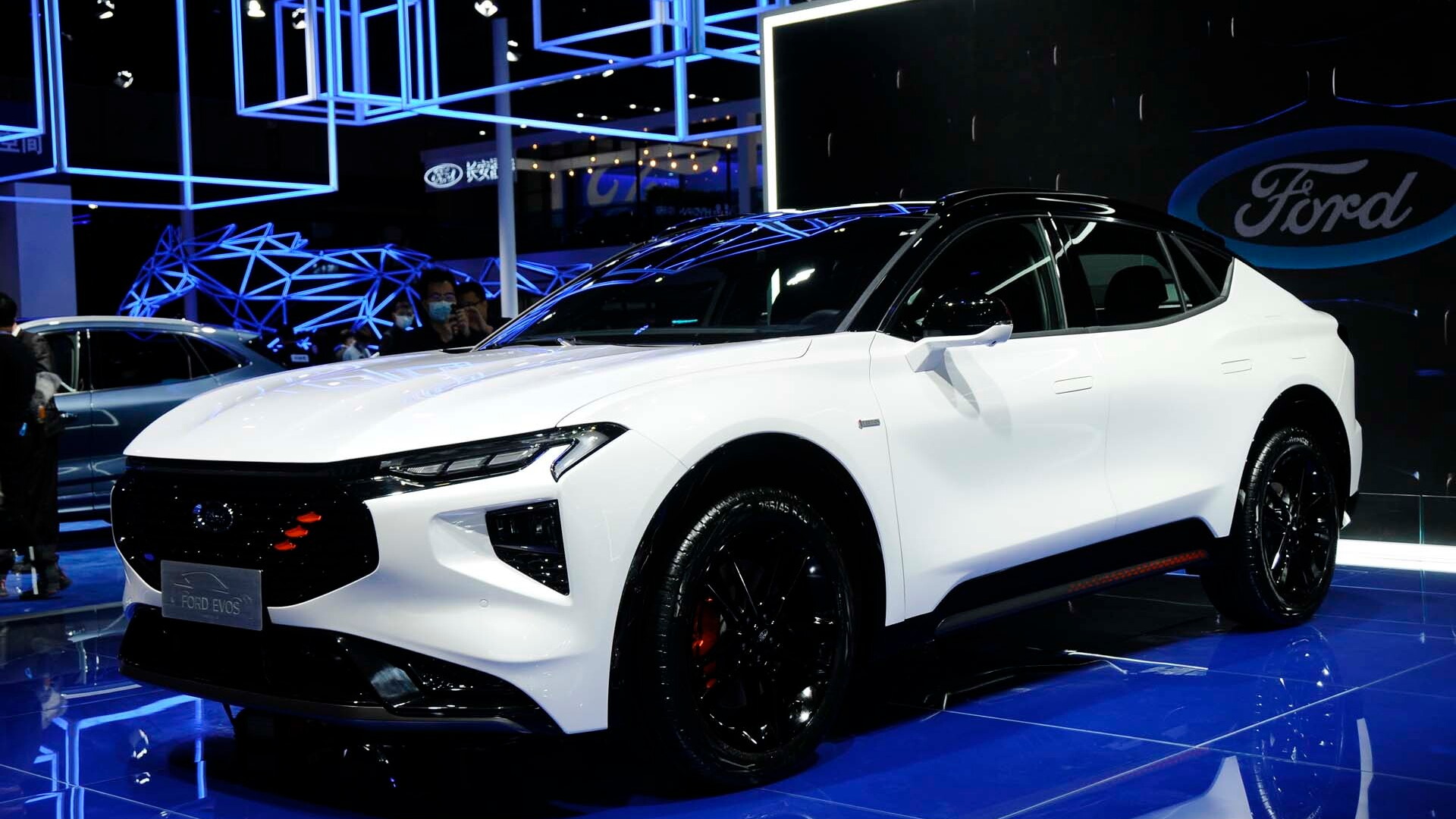 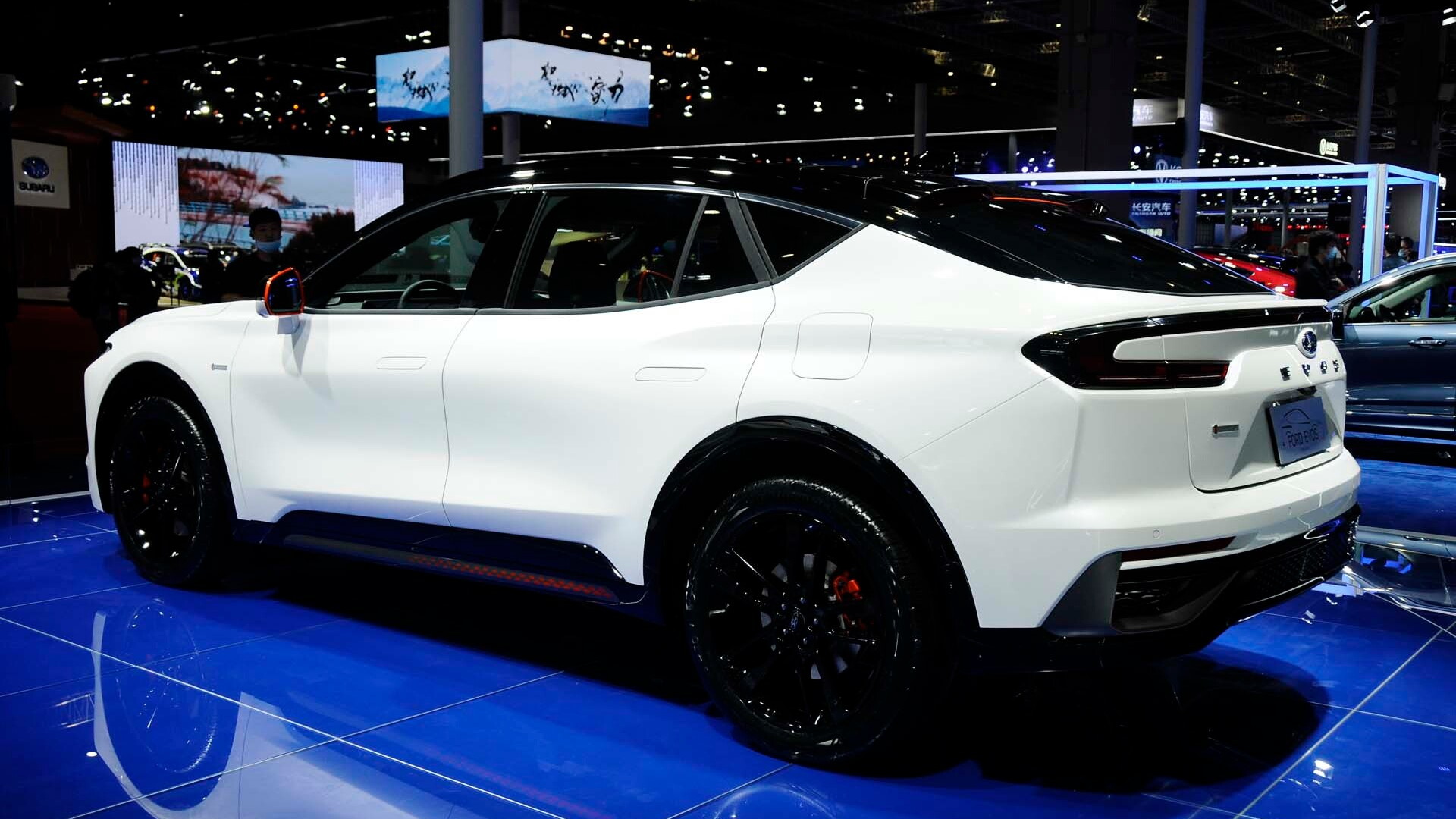 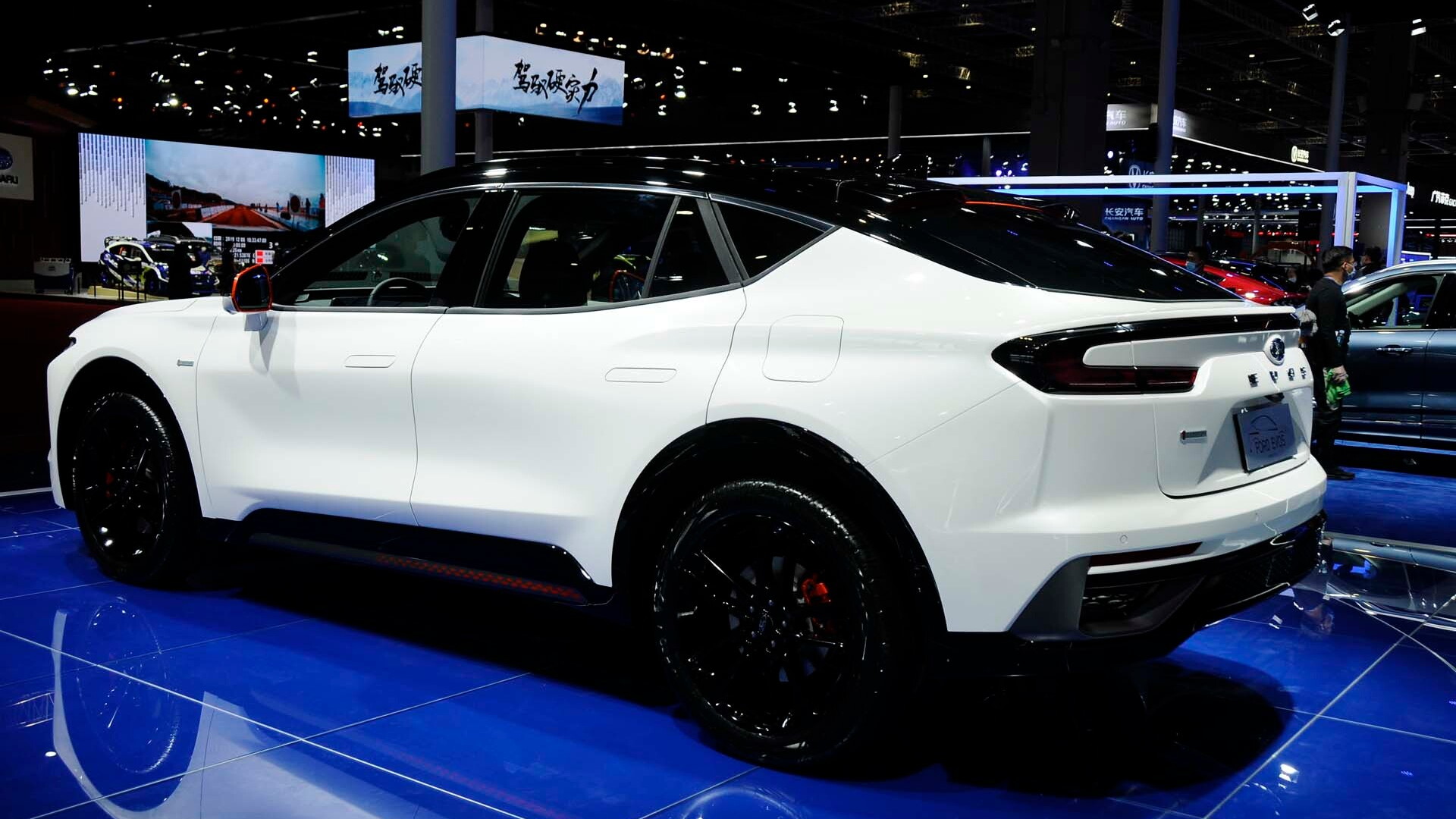 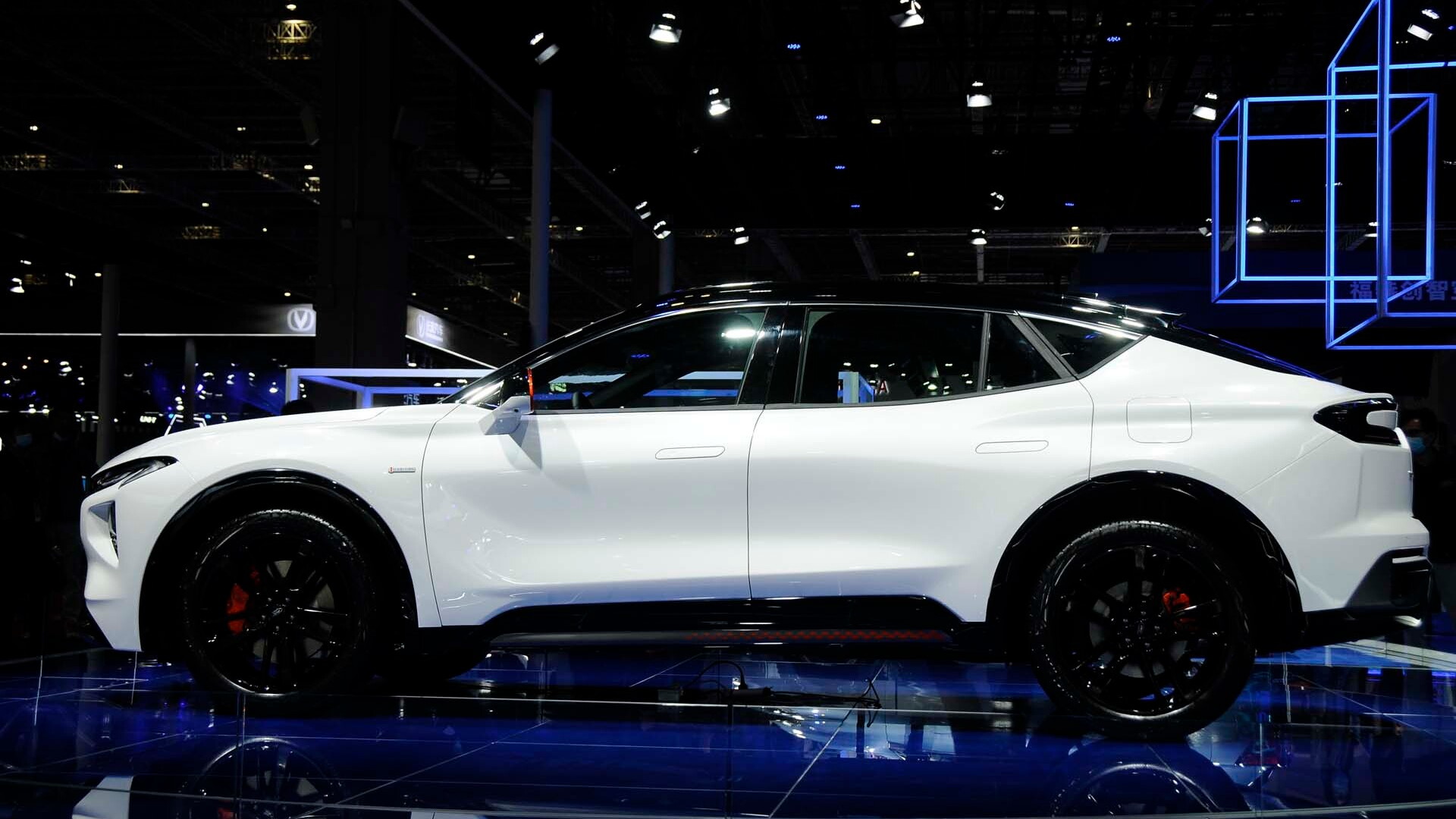 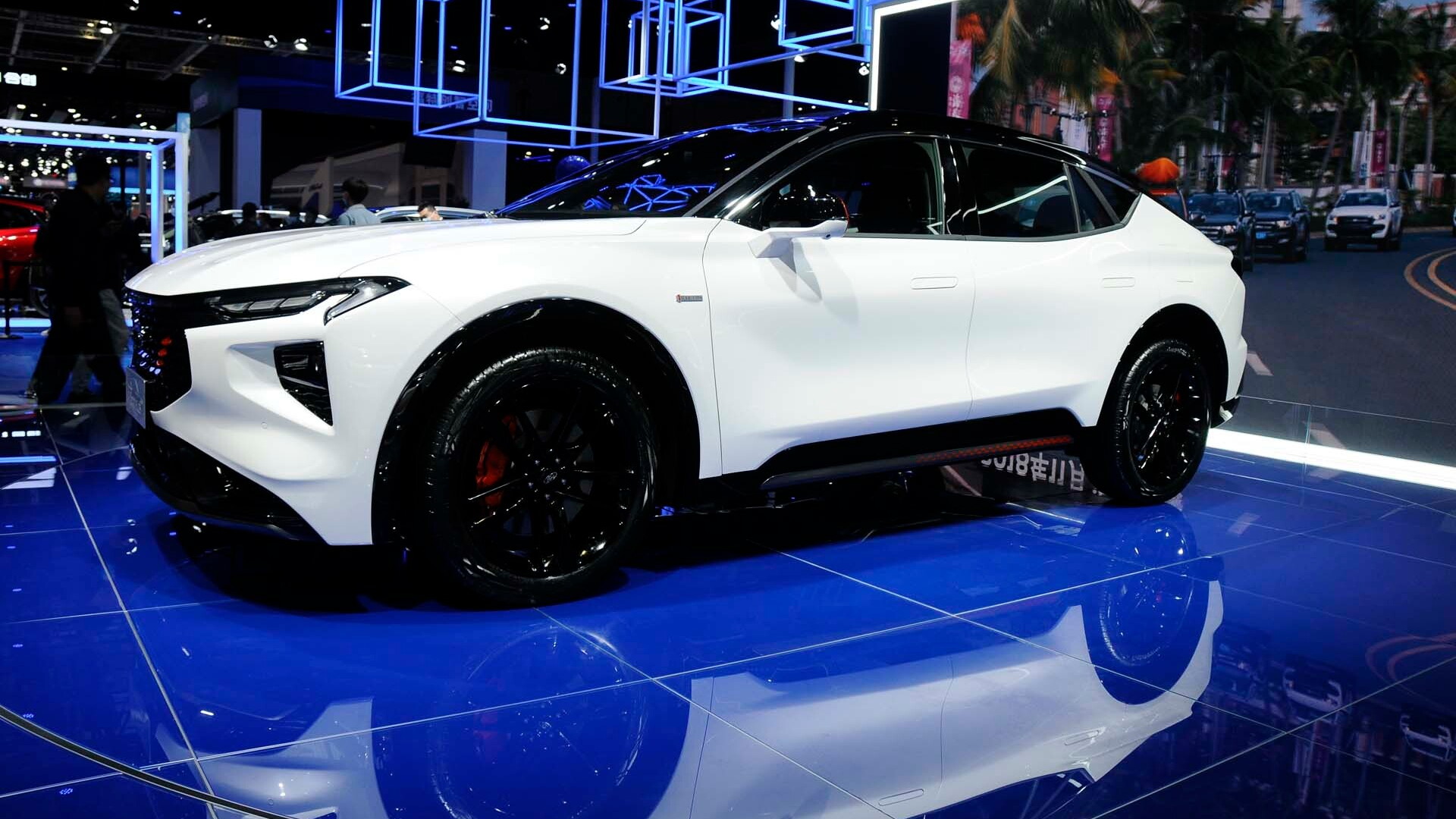 The Ford Evos debuted Monday at Auto Shanghai 2021 as the automaker's latest crossover for the Chinese market. However, the Evos could also come to the U.S. as a de facto replacement for the Ford Fusion sedan. The Fusion bowed out in 2020, leaving the Mustang as the only car in Ford's U.S. lineup.

Borrowing the name of a 2011 concept car that provided a styling preview of the second-generation Fusion, the Evos has a tall ride height, but a low, sleek roofline. It's a similar formula to the "crossover coupes" pioneered by luxury automakers.

On the inside, the Evos gets an infotainment display that nearly spans the width of the dashboard. It includes a 12.3-inch digital instrument cluster and a 27.0-inch 4K touchscreen mounted side by side, and running Ford's Sync+ 2.0 operating system.

The driver and front passenger can use that vast expanse of screen space to view different things, according to Ford. For example, the front passenger can view "entertainment content" on their side of the screen while the driver uses the navigation system. The system is also capable of over-the-air (OTA) software updates.

The Evos will also be available with BlueCruise, Ford's recently-branded driver-assist tech. Set to debut in the U.S. later this year on the 2021 Ford F-150 and 2021 Ford Mustang Mach-E, BlueCruise can operate the steering, braking, and throttle on designated stretches of highway, provided the driver is paying attention (an onboard camera monitors the driver). Because the driver must remain engaged, this system corresponds to Level 2 on the SAE vehicle-automation scale.

Ford did not discuss powertrains, or U.S. availability, but camouflaged test vehicles spotted earlier this year indicate the Evos might be coming here. Given its overall shape, the Evos could be positioned as a high-riding wagon, similar to the Subaru Outback or the discontinued Buick Regal TourX.

There are also rumors that Ford plans to attach the Fusion name to the U.S.-market Evos, meaning it could end up badged as the Fusion Active. Ford uses the Active designation for soft-roaders sold overseas, including the Fiesta Active and Focus Active. Ford planned to import the Focus Active from China, but the recent U.S.-China trade dispute put an end to that.