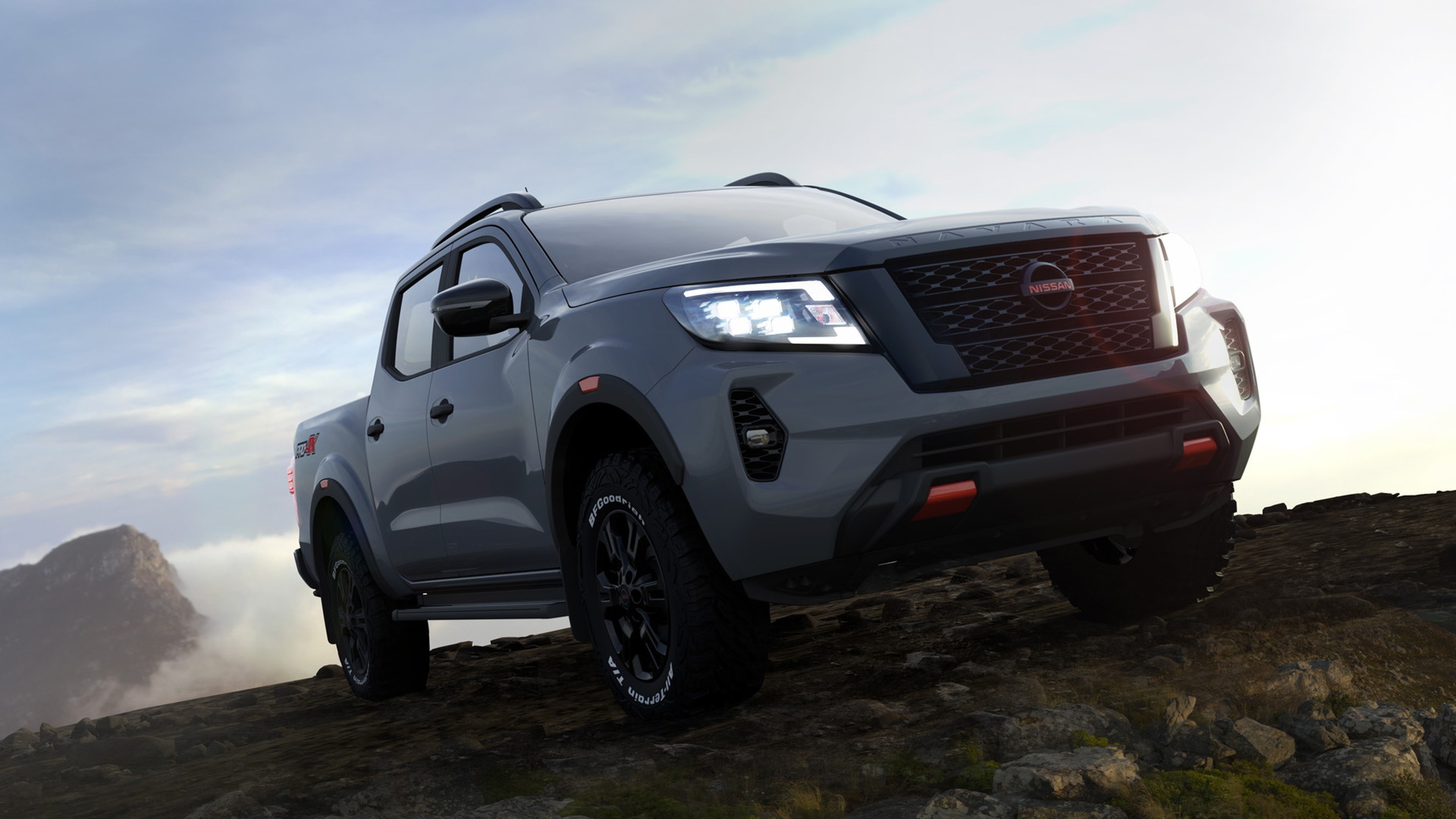 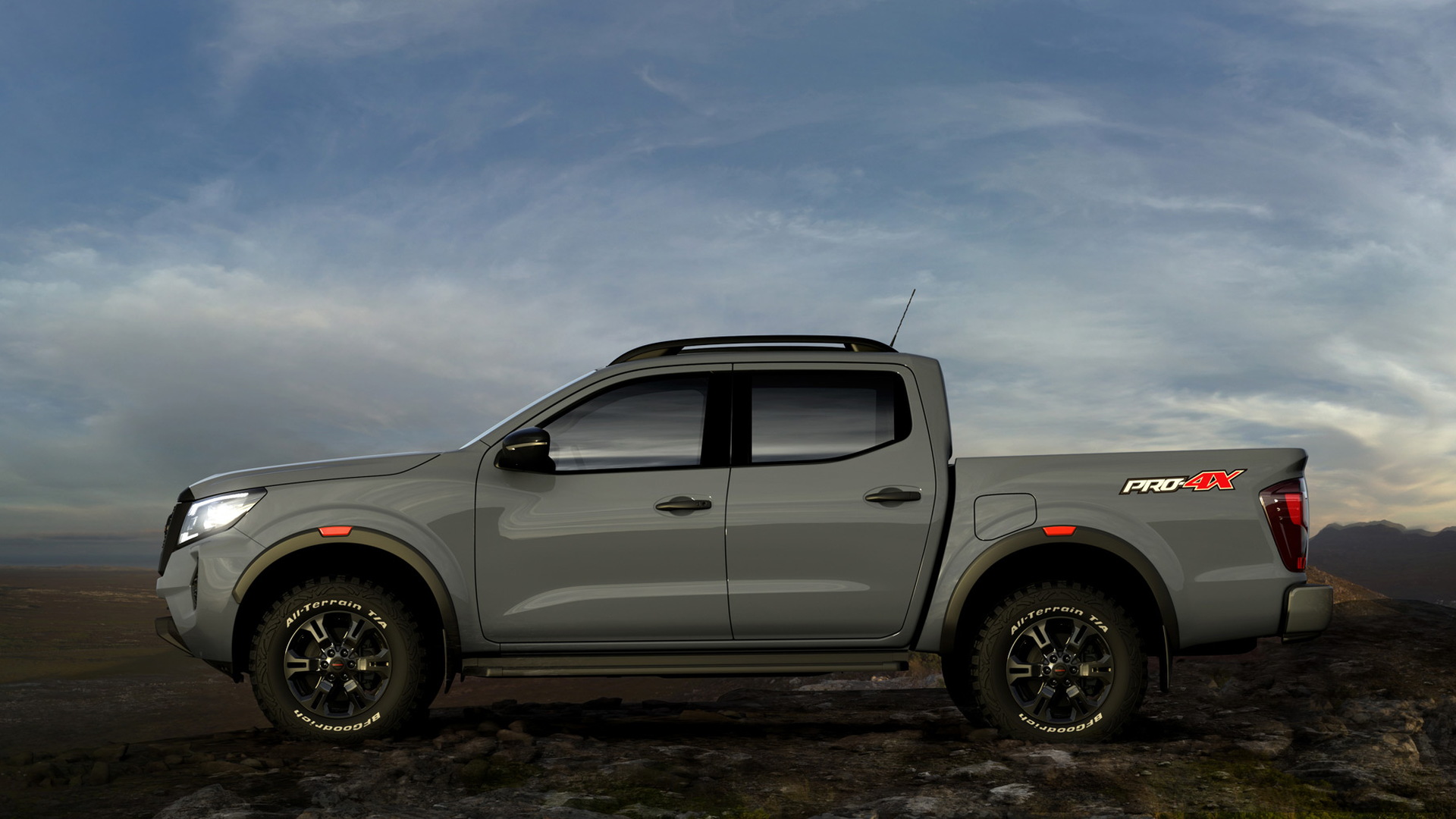 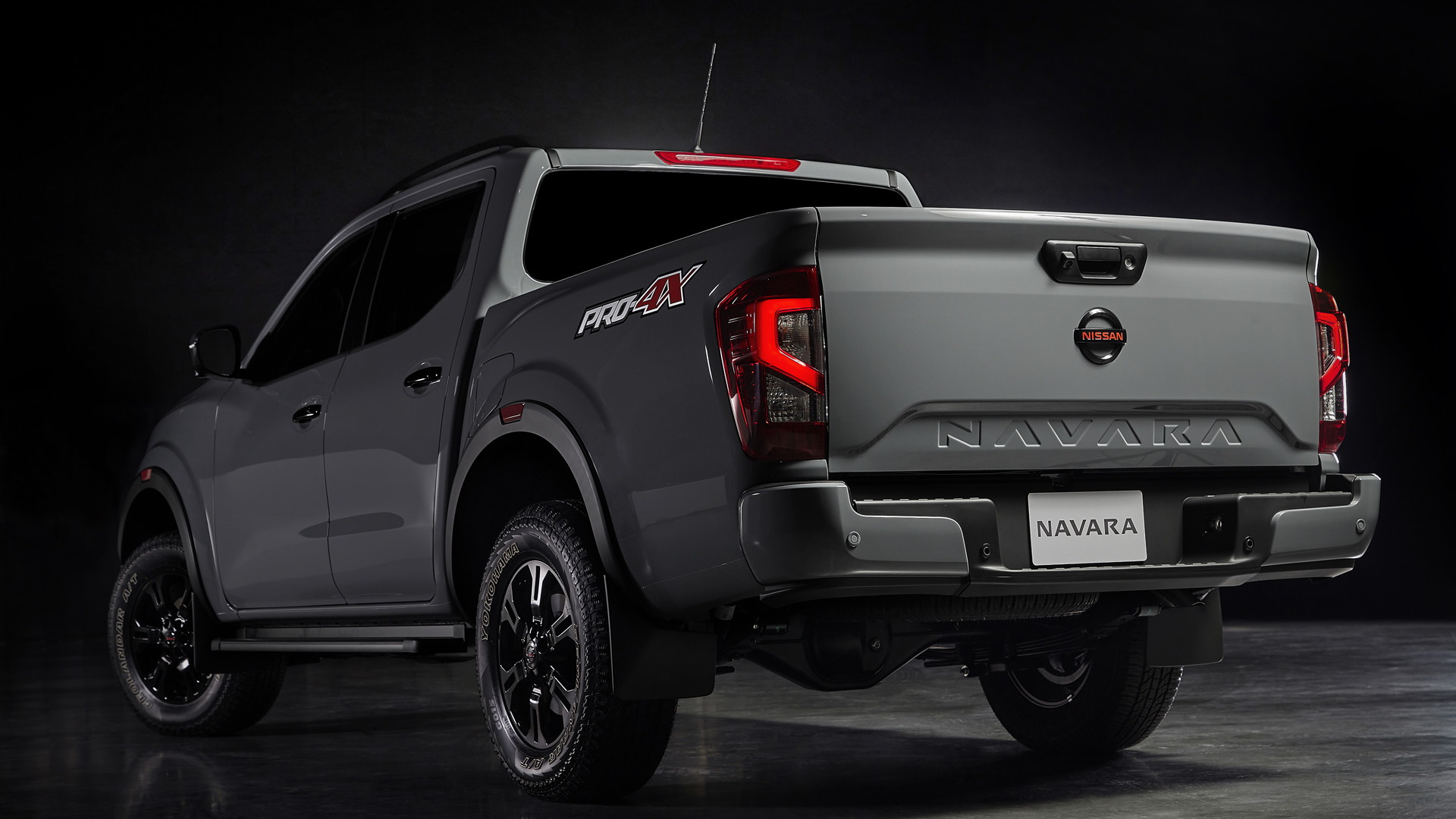 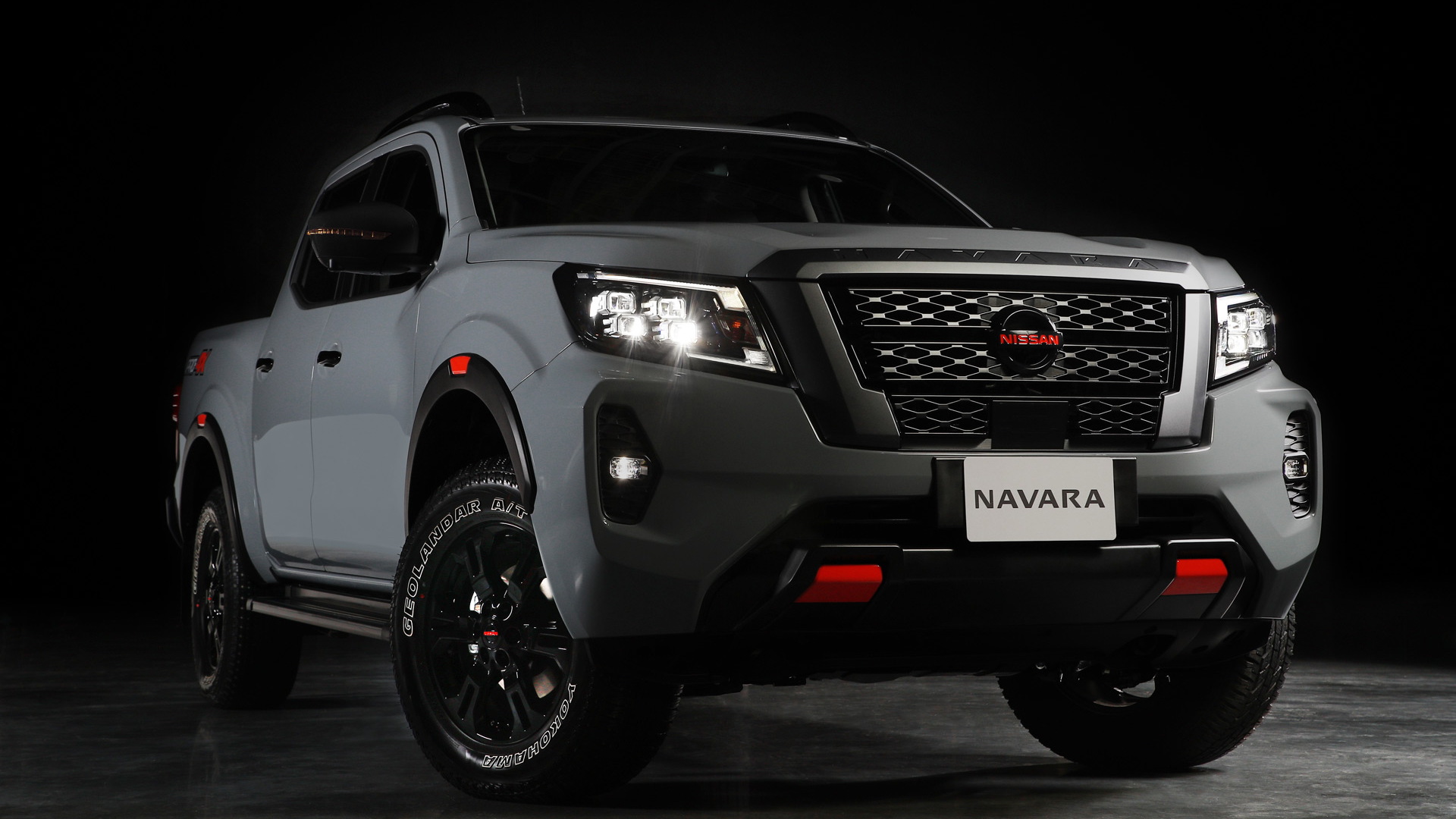 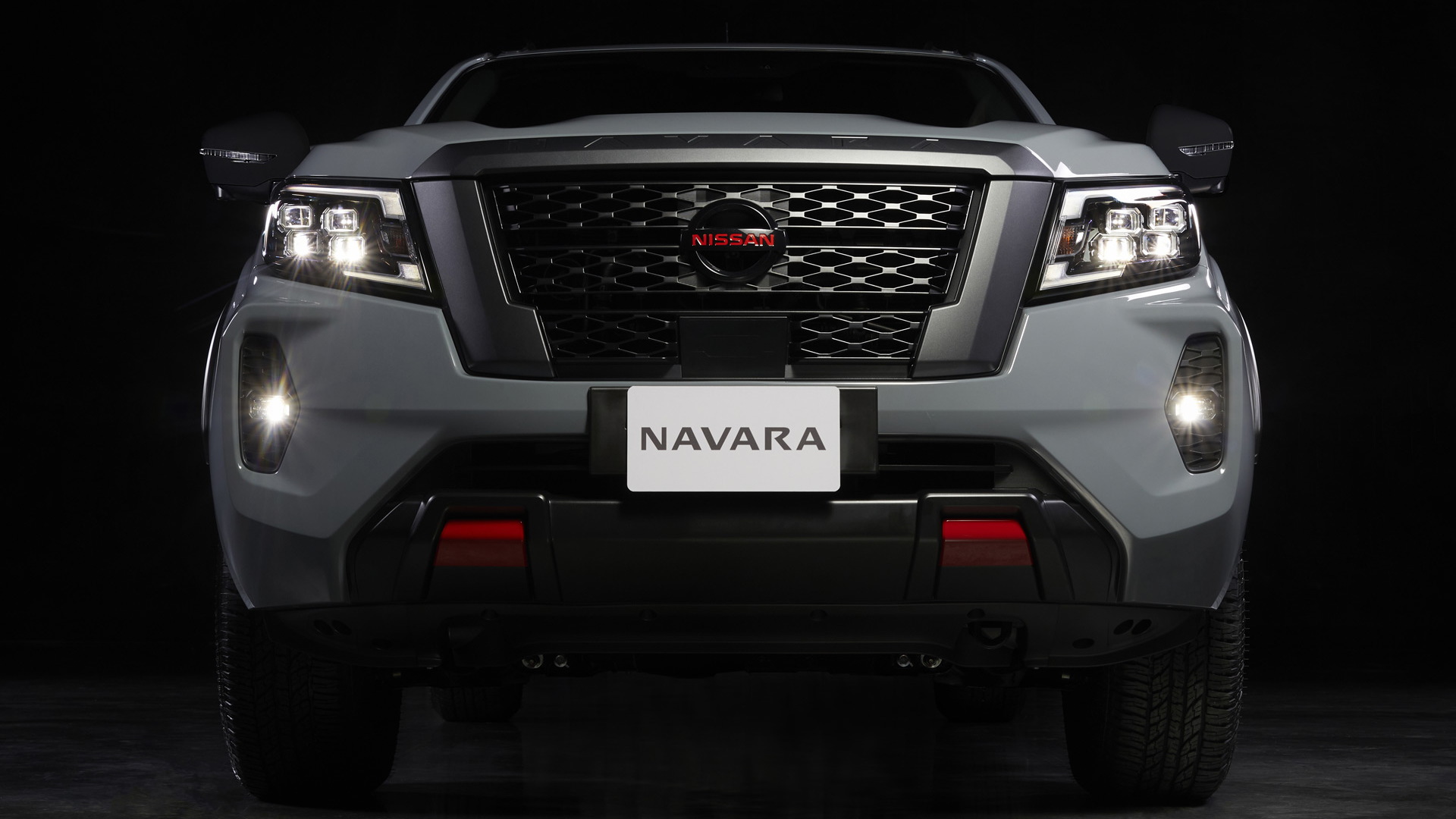 The outgoing version has been on sale since 2014 and is the basis for the Dongfeng Rich 6, Mercedes-Benz X-Class (now discontinued) and Renault Alaskan pickups also sold overseas.

The new Navara starts sales in December, and while we won't see it in the United States, some of its styling and technology is likely to influence a redesigned version of our Frontier mid-size pickup truck coming next year.

The new Frontier, shown briefly in a teaser video aired during the Navara's launch (screen shot below), will sport a different platform, essentially a revised version of the current model's underpinnings, and be slightly bigger than this Navara. The Frontier will also debut with a 3.8-liter V-6 whereas the Navara debuted with a pair of 4-cylinder diesels, the more potent of which is a 2.3-liter twin-turbocharged inline-4 with 188 horsepower and 332 pound-feet of torque.

Some of the similarities will be styling, with the Frontier expected to sport similar headlights to the units on this Navara. The imposing grille and flared wheel arches should also make the cut. The Navara also gets Nissan's Pro-4X grade for the first time and includes black and orange accents, roof racks and running boards, and 17-inch wheels shod with all-terrain tires. Don't be surprised if this is the theme for the future Frontier Pro-4X.

Tech features on the Navara, some of which may make it over to the Frontier, include forward collision warning with automatic emergency braking, LED headlights, Apple CarPlay smartphone integration, and a surround-view camera with an off-road mode where surrounding obstacles are monintored when the vehicle is traveling at low speeds and in four-wheel-drive mode.

As mentioned above, the new Frontier goes on sale next year. Despite the overhaul, its starting price should stay relatively close to the 2020 model's $27,885 sticker. And as we recently learned, Níssan may have a line of Nismo-tuned off-road parts to add when it arrives.

While you wait, take a closer look at this Navara and its new Pro-4X variant over at Australian website Car Expert.