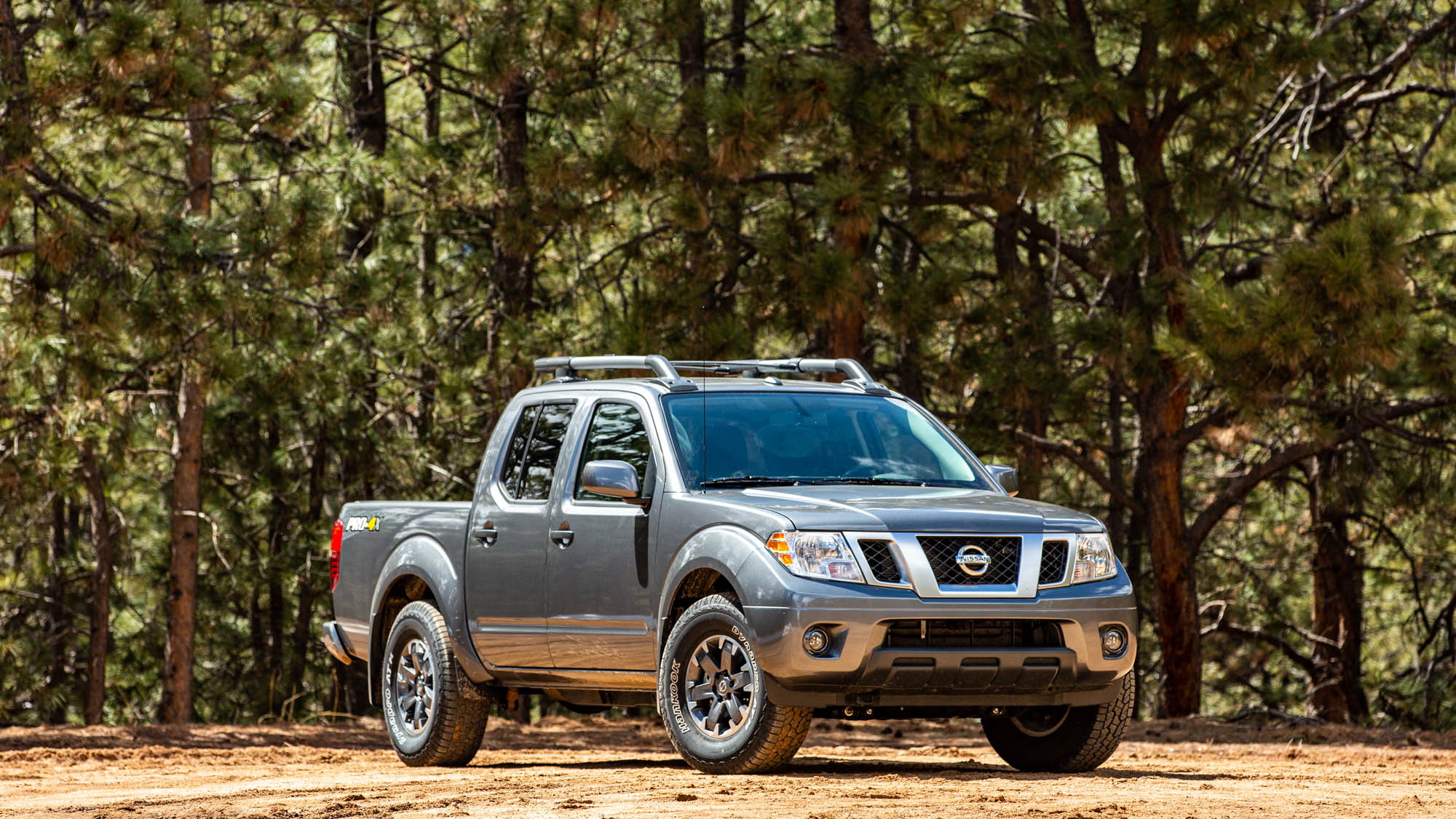 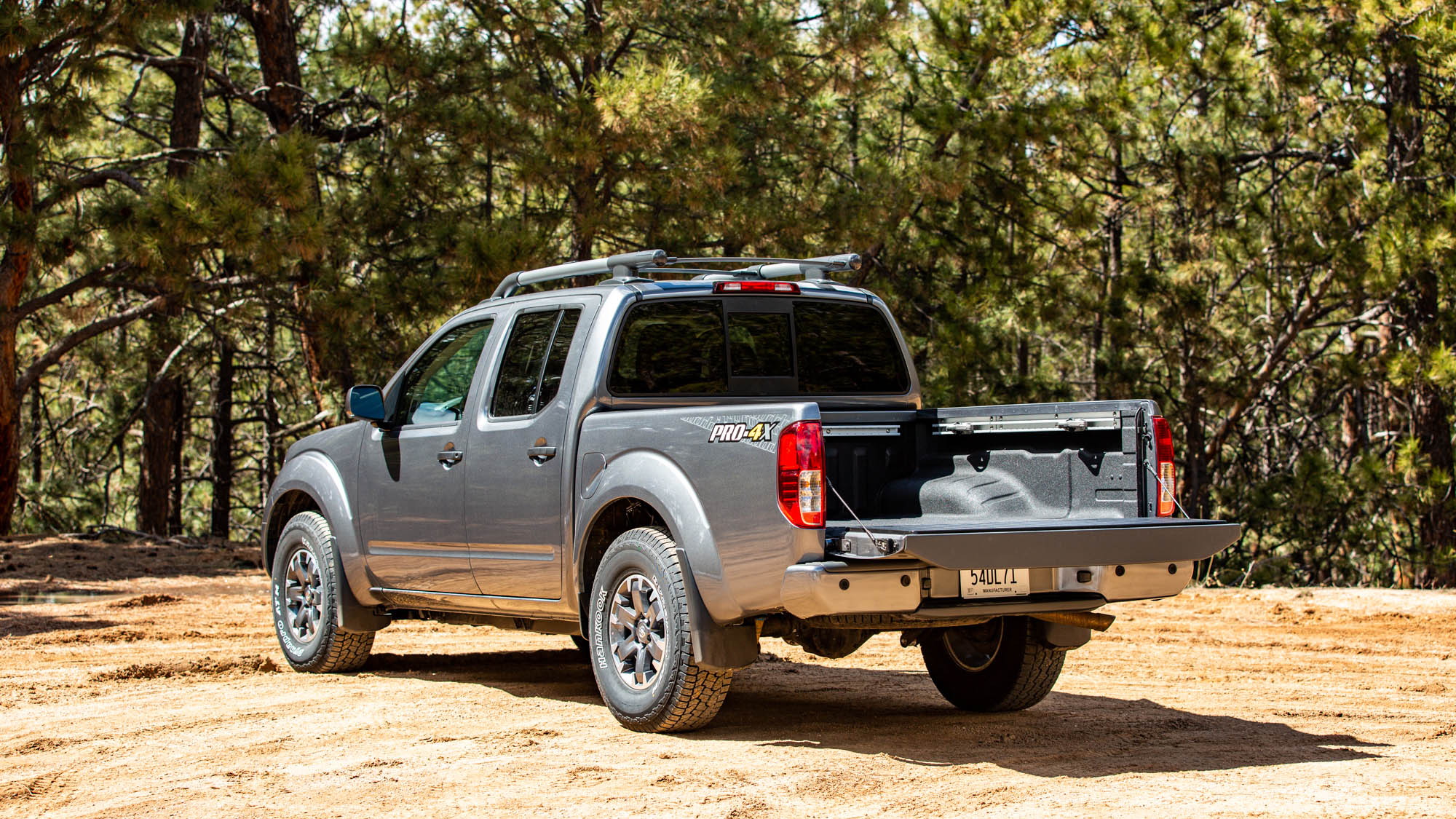 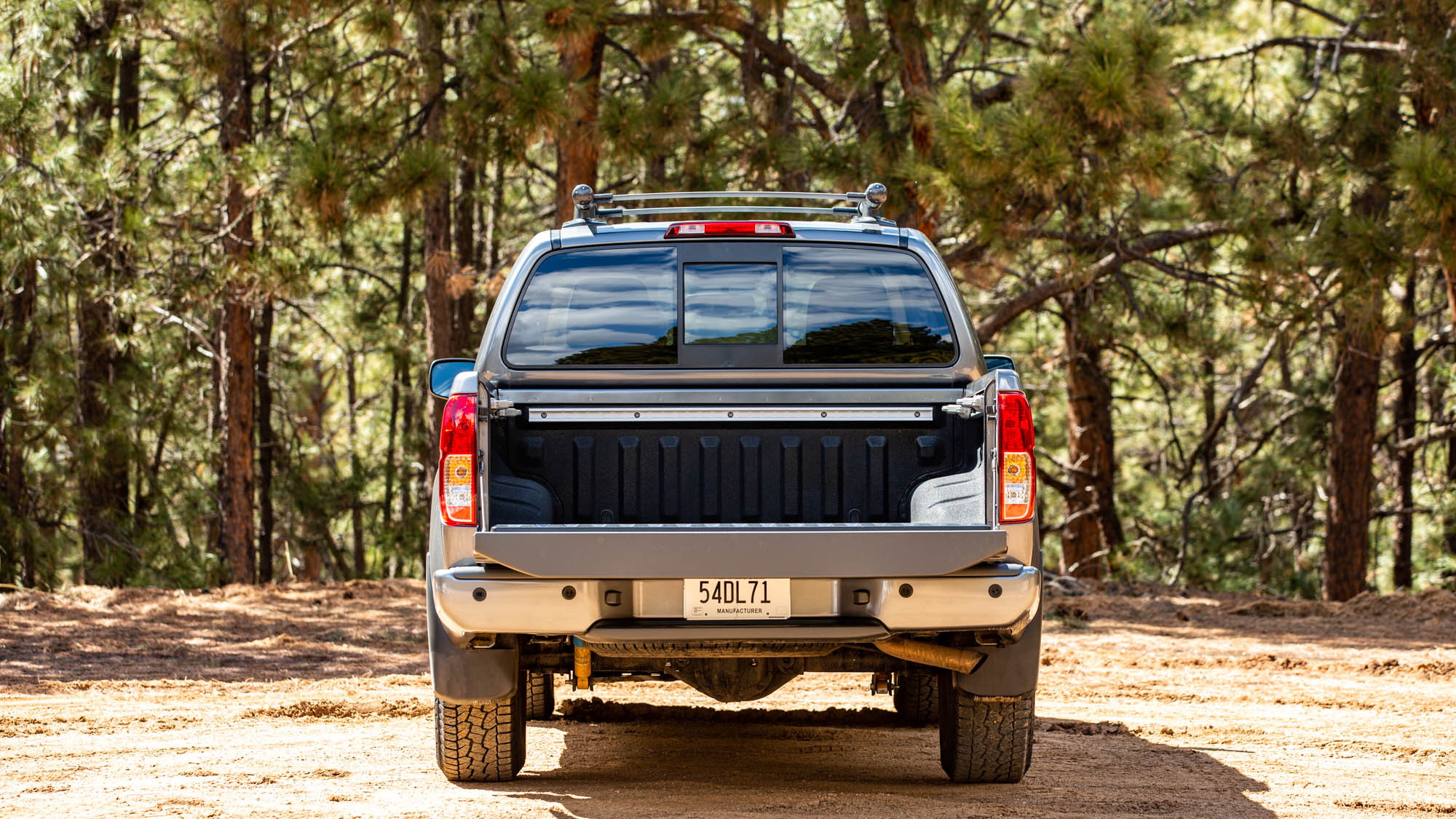 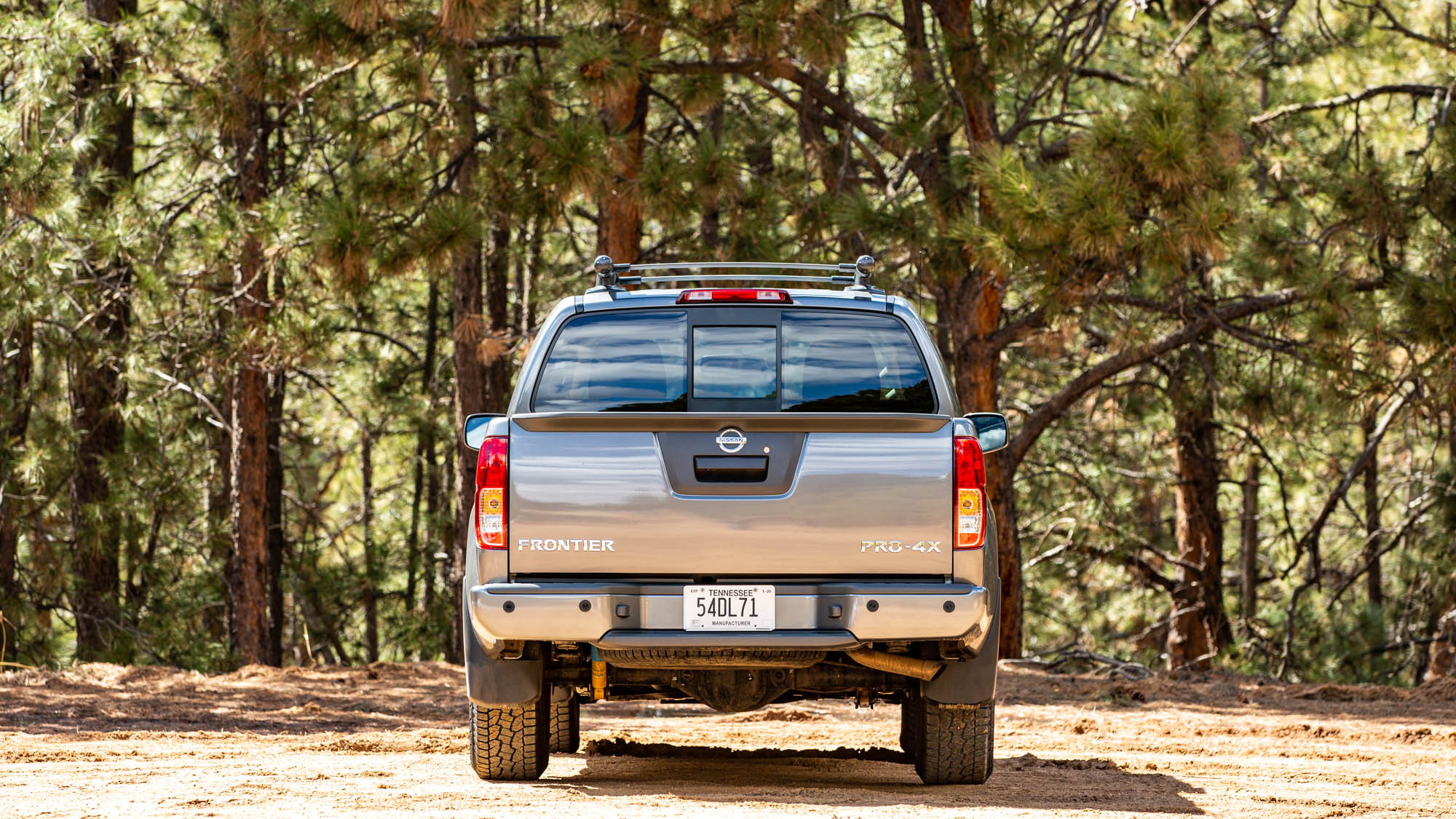 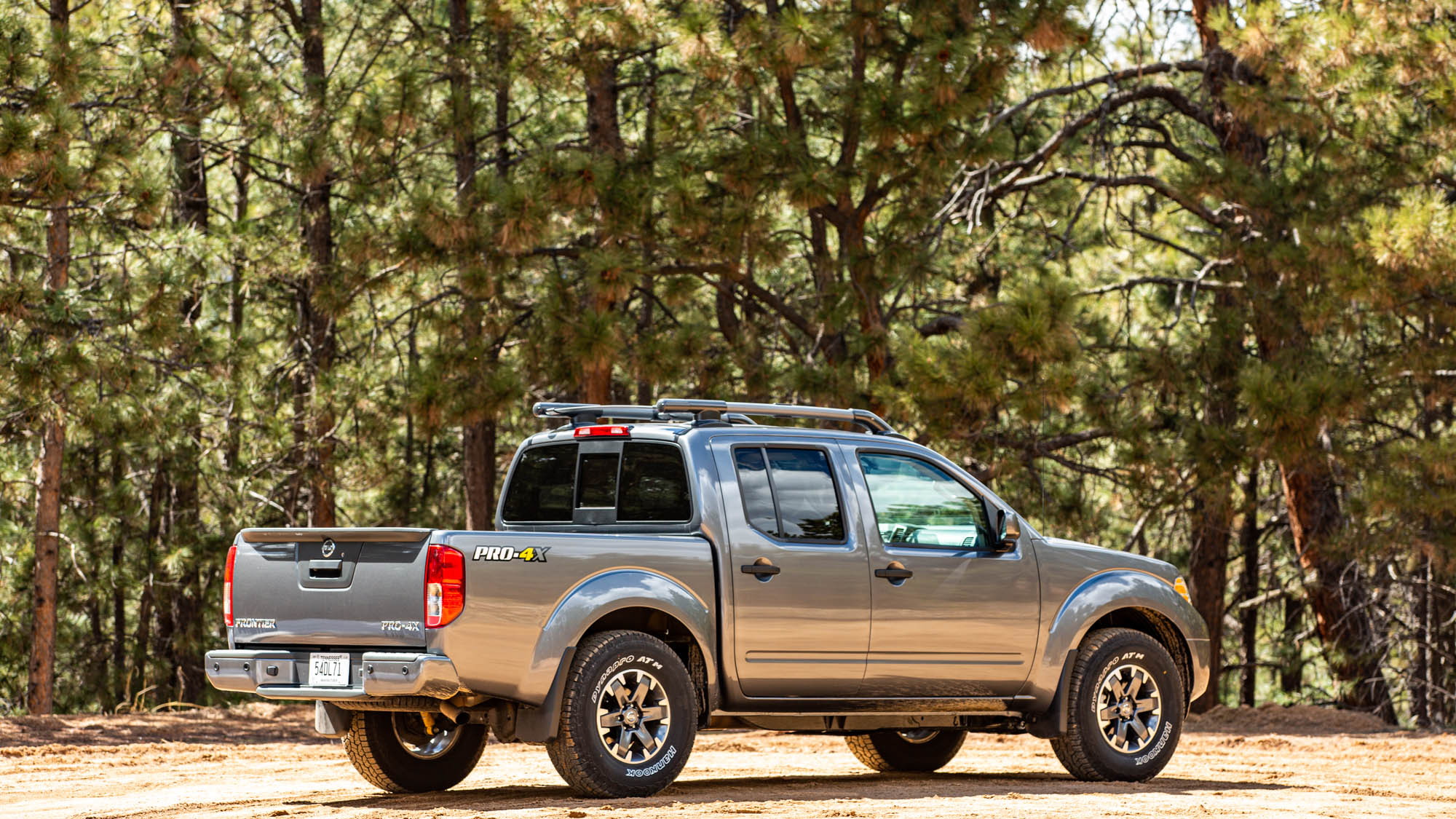 It’s been more than a decade and a half since the words “new” and “Nissan Frontier” have appeared together in good faith. This year, that changes with a new engine in an old body.

But there’s more than that. The 2020 Nissan Frontier isn’t just an old dog that learned a new trick, it’s a reminder that good ideas don’t get old.

Here’s the thing about the Frontier: People still love the damn truck. Like the band Rush or cilantro, I haven’t met a Frontier owner who just kinda, sorta likes their truck. Many owners would rather eat a truck-sized bar of soap than trade in their Frontier for any of its competitors.

The Frontier’s charm boils down to two important factors.

The first: Cheap trucks should be cheap, not slathered in frivolous and expensive crap. The Frontier is the cheapest truck you can buy new and probably will stay that way for awhile. But like inflation and pant sizes, the same numbers won’t fit on the same things forever and that’s just part of life.

For the Nissan Frontier, that meant specifically outgrowing its 4.0-liter V-6 that was down on horsepower and fuel economy, and likely up on emissions. That 261-horsepower V-6 rated in the high-teens for combined fuel economy, according to the EPA—and that’s if you brushed your teeth that day and caught a gale-force tailwind. That’s lower than competitors, but not substantially lower, and its 5-speed automatic transmission was outgunned by everyone else.

That changes this year. Nissan updated the old Frontier with the heart of a new Frontier. A new 3.8-liter V-6 makes 310 hp and carries over just 7% of the parts from the old engine. The new V-6 is distantly related to the old V-6; the new Frontier motor is part of the same VQ-series family that counts among its predecessors the 2005 Nissan Xterra, 1995 Nissan Maxima, and perhaps Tyrannosaurus rex. (One of those is made up.)

The new V-6 is lighter than the outgoing motor, with a new block and better thermal and fuel efficiency. Oh, and it doesn’t sound like it’s gargling gravel. Its horsepower is up nearly 20% although its torque is the same as the outgoing motor: 281 pound-feet. It makes peak torque at 4,400 rpm and peak horsepower at 6,400 rpm—same as the old truck’s engine, according to Nissan.

Like any good taxidermist will tell you, what’s inside matters but the mount matters more. To that end, Nissan dropped in a 9-speed automatic (up 80% on gears!) to pair with the new engine. Like the related 9-speed in the full-size Titan, it brings the Frontier up to speed with 2016—and probably beyond. Powertrain engineer Meliana Vasko says the 9-speed was engineered for the Frontier and doesn’t share the same gearing.

That gearing puts the spotlight on the new engine, which is deserved. Gears 1-3 in the new Frontier are deliberately short, designed for better takeoff and acceleration and my sore neck is proof. Gears 7-9 are for highway cruising, which the Frontier does, but not very well.

Like the old truck, the Frontier isn’t very comfortable at highway and extra-highway speeds—a byproduct of old suspension design, compounded by my tester’s Pro-4X off-road package, multiplied by soft tires and consistent highway construction in Colorado. The body rolls harder than a bakery in the early morning hours, and, unladen, the rear end bounds around uneven pavement.

The tradeoff, for now, is better fuel economy—Nissan says the 2020 Frontier will rate 18 mpg city, 24 highway, 20 combined—and more confident acceleration. It delivered both over the 150 miles I covered.

What about the second thing that Frontier fans swoon over? The truck is endearing to its owners. My armchair psychology degree tells me “endearing” is the other side of the same coin as “flawed,” and the Frontier, like good humans, is both.

And the 2020 Nissan Frontier is awfully endearing. The same outdated infotainment system is fitted to the new truck, the instrument cluster is almost as old as I am, and there’s more hard plastic inside than a Lego factory.

Want more? The front seats are thinly padded and barely long enough to hold my 6-foot-3 legs with the seat slid all the way back. The rear seats in four-door crew cabs are as upright as Catholic church pews and only have slightly more padding.

Critically, Nissan isn’t talking about one thing that will determine whether the 2020 Nissan Frontier will be a bargain or a blip, which is the price. For now, Nissan officials are tight-lipped about how much the truck will cost when it arrives sometime before July.

What’s next for the Frontier is clear: a new version will arrive by the end of this year, a relatively new body wrapped around the 2020 truck’s powertrain.

What’s now for the Frontier is less clear, but still apparent. The current truck is better, still charismatic, and still likely cheap.

What’s new is good and, hopefully, it’s attached to an old price.