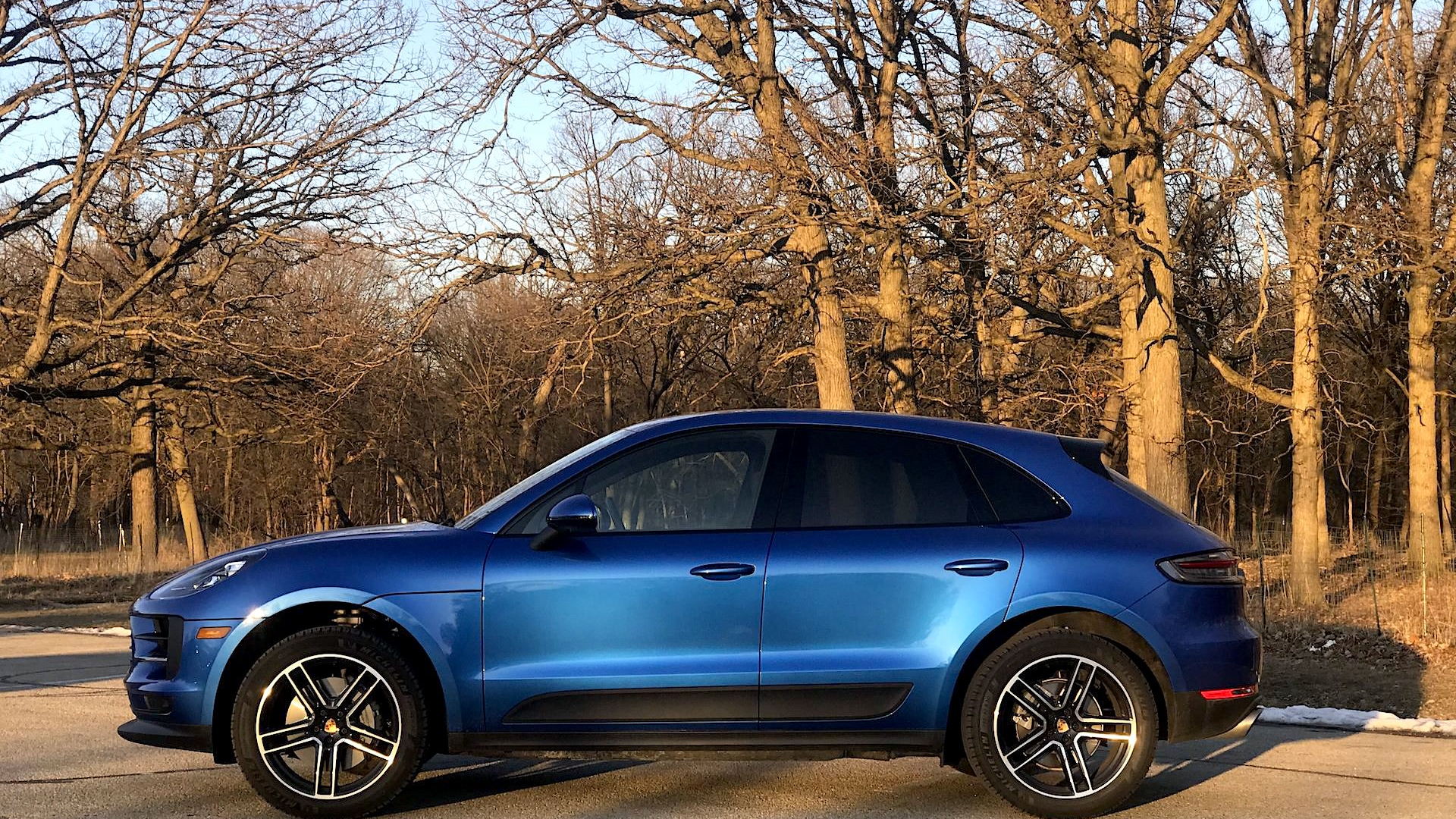 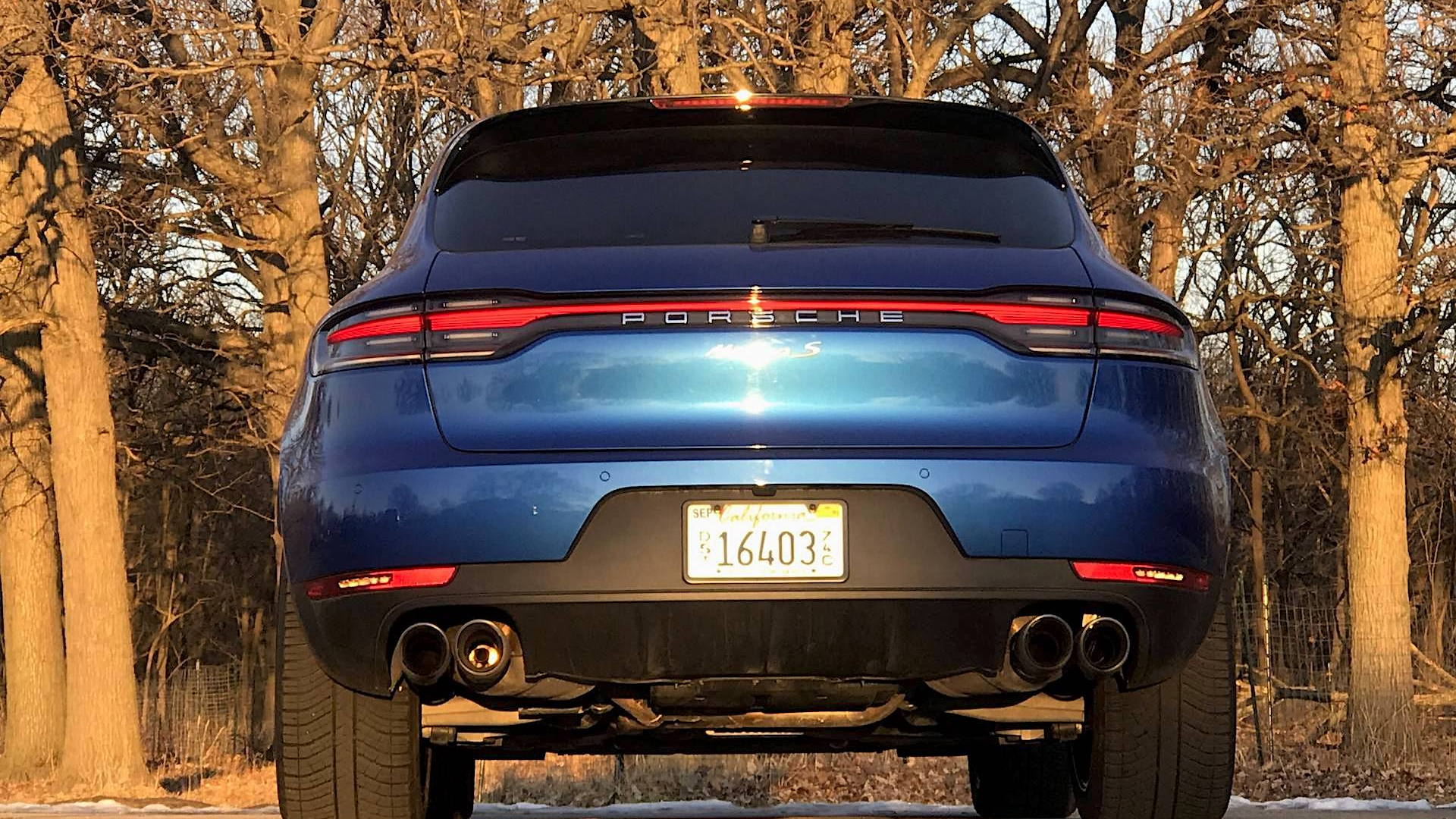 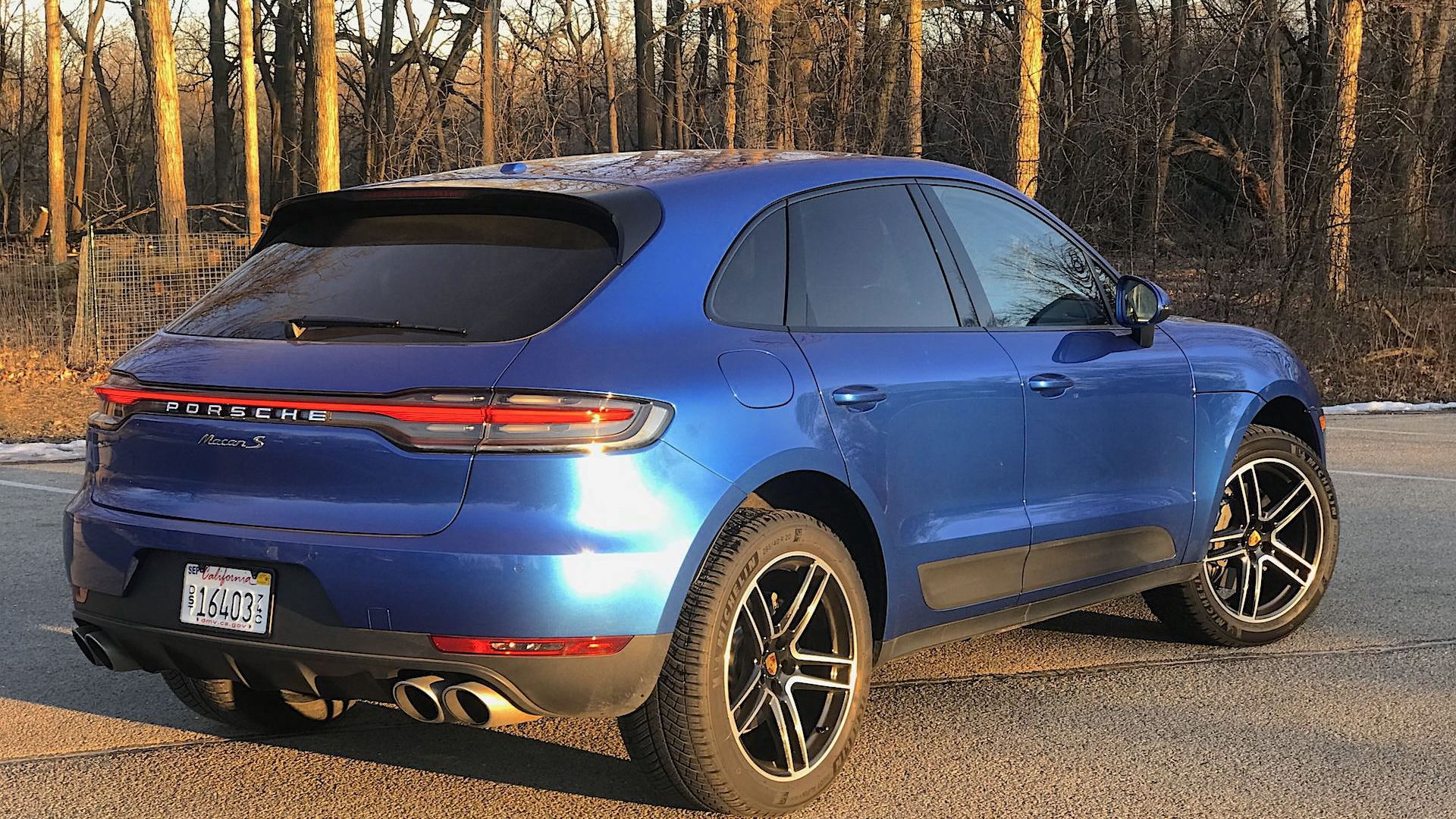 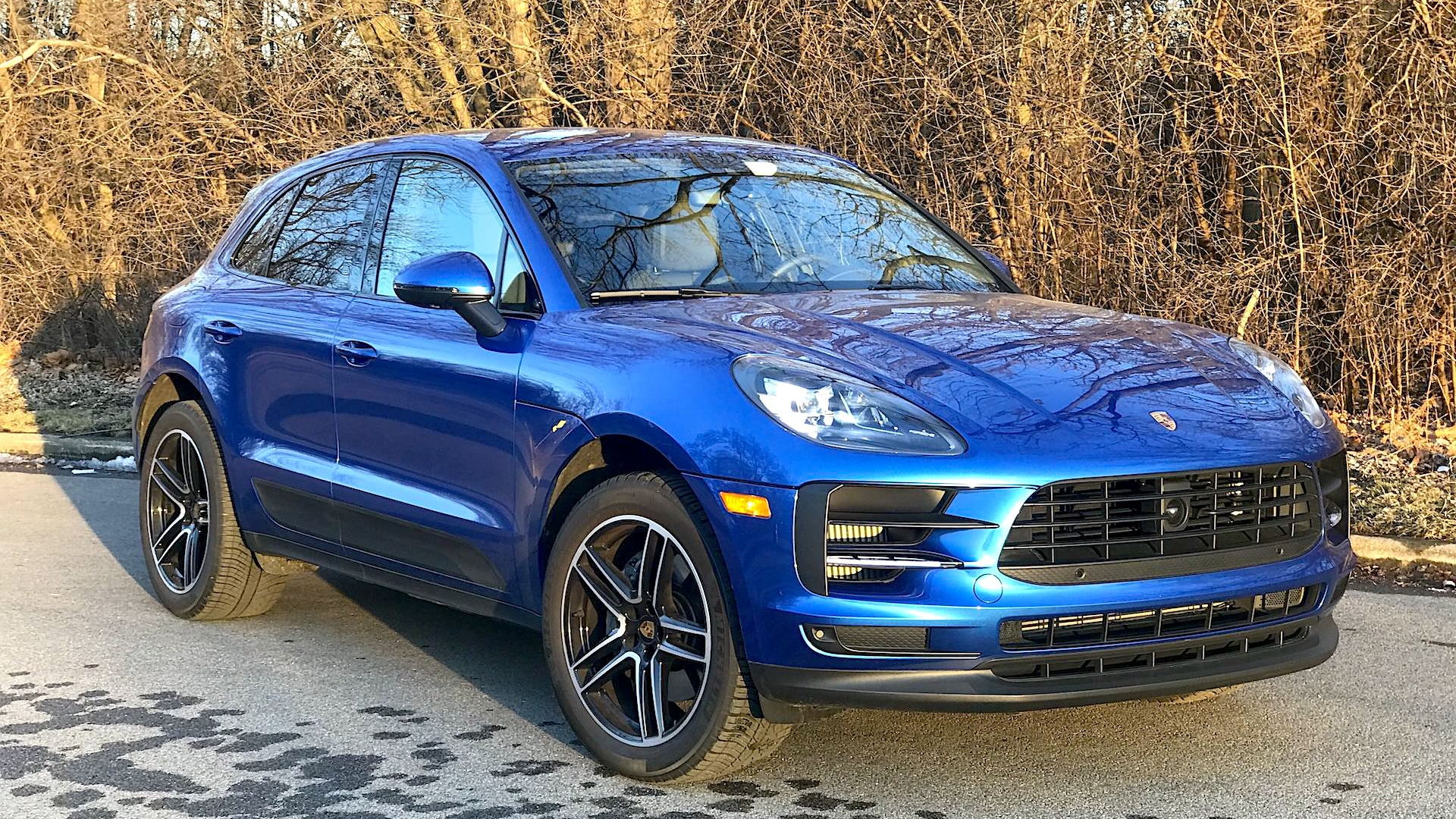 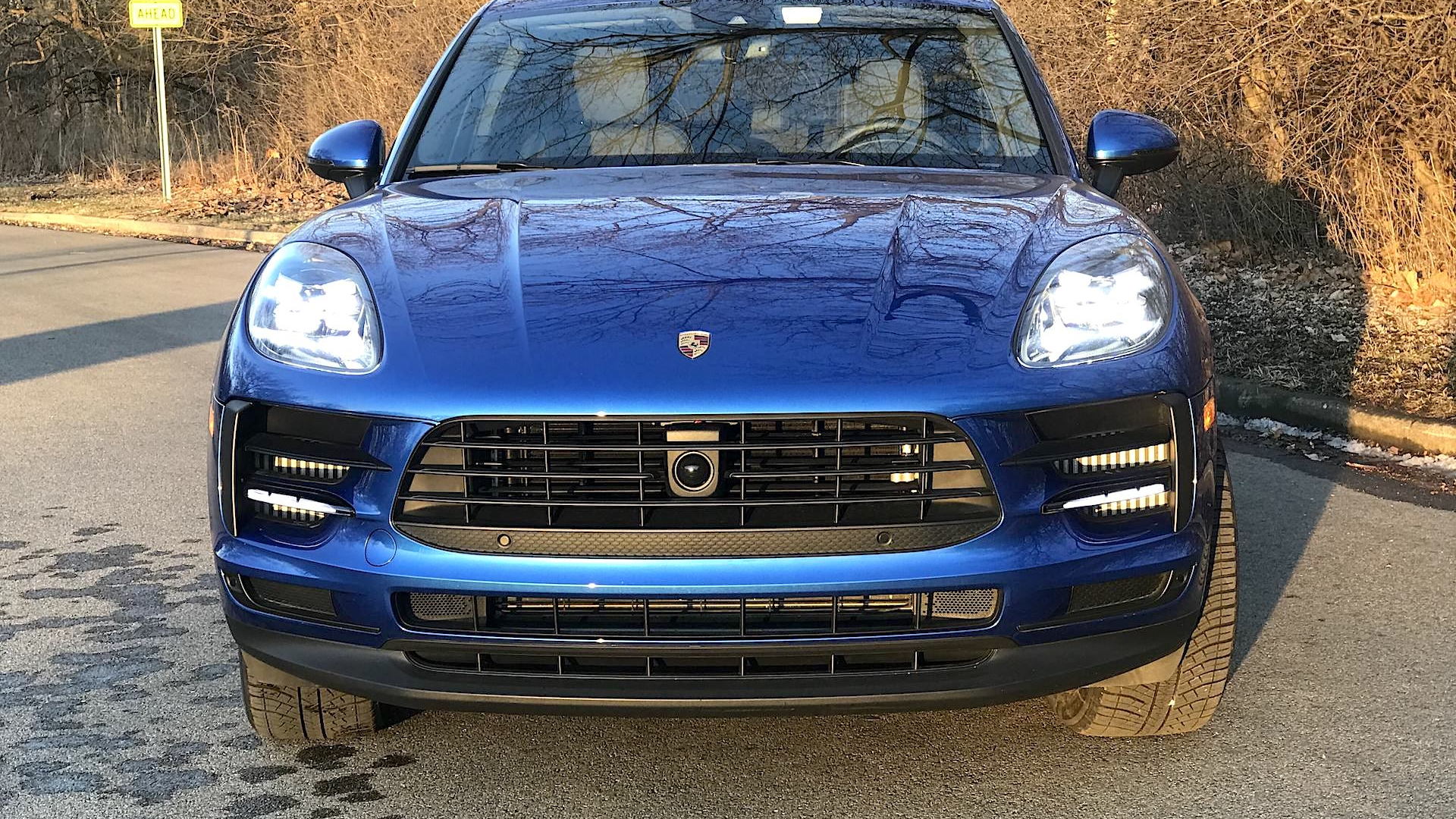 The Porsche Macan is the sportiest SUV on the market. Outfit it with the Sport Chrono package, air suspension with adaptive dampers, and carbon-ceramic brakes, and it’s a bundle of fun on a racetrack or canyon road. But the vast majority of buyers don’t use it that way. They take the kids to school, shop for groceries, commute to work, and upstage their neighbors.

Too many automakers pussyfoot the steps between drive modes. Sport and Sport+ settings just aren’t sporty enough and the differences between the modes are often hard to detect. That’s not the case with Porsche. Each step along the way from Normal to Sport to Sport+ (only available with the Sport Chrono package) is its own, identifiable setting. Normal mode works well for everyday driving; the throttle isn’t too dull and the ride doesn’t wallow on the freeway. The Macan S becomes more alert in Sport mode, though some drivers will find the shift points too high-strung for commuting. All the settings are high-strung in Sport+, so much so that I wouldn’t recommend it for street driving. However, it’s a must for performance driving. And for those who want it their way, Porsche offers an Individual mode to let drivers pick the suspension, shift points, throttle response, and exhaust note settings they want.

Miss: The options add up quickly

My tester was an S model with a smattering of options. The Macan S’s $60,750 base price (including destination) tops its competitors, and my tester had nearly $15,000 in options that brought the total to $74,840.

I’d choose some of those options, namely the Sapphire Blue Metallic paint ($700), air suspension with adaptive dampers ($2,750), and Sport Chrono package ($1,360) that comes with a dash-mounted stopwatch and Sport+ mode.

Some of the options annoyed me. Why should I spend $1,170 for adaptive cruise control on a vehicle that already tops $60,000? Same goes for the $280 heated steering wheel, though I could see people gladly checking that box in northern climates. I’m also annoyed that it costs $360 to get Apple CarPlay, though it's also included in the $3,110 Premium Package that also comes with a Bose surround-sound audio system, LED headlights that point into corners and have automatic high beams, and auto-dimming mirrors. The $1,340 necessary to get 14-way power-adjustable front seats with memory left me thinking I’d stick with the standard eight-way seats. And $3,140 for the Macan Turbo wheels felt like an unnecessary expense given the variety of other good-looking wheels that cost less or nothing at all.

Hit: It has a sports car seating position

Given the seating position offered by those 14-way seats, maybe I would pay for them. The Macan S has the more prone seating position of a sports car, just higher off the ground. The front of the seat bottom raises to provide the thigh support and cupped seat configuration position I prefer. The steering wheel is small and sporty and it telescopes far enough for my elbows to bend about 90 degrees, which is ideal for performance maneuvers. I’d have to try the base eight-way seats to see if they can provide the same seating position. If not, I’d spend the $1,340.

Unlike Audi, BMW, and Mercedes-Benz, Porsche hasn’t settled on an infotainment interface and stuck with it. That makes the learning curve steep for the new Porsche Communication Management system, even for repeat buyers. It has a lot of functionality, but some of the choices Porsche made befuddle me. One basic test is how easy a system scrolls through satellite radio channels. It’s a task best served by a rotating knob. The Macan has that knob, but Porsche uses it to pause, rewind, and fast-forward the music (enabled by an internal hard drive). Instead, occupants tap icons on the touchscreen to move up and down through satellite channels one at a time. Backward much?

The Macan also doesn’t have a USB Type A port; it only has USB-C ports. I know that’s the future and the Mercedes-AMG GLE 63 S I recently drove has the same issue, but with the money Apple charges for charging cords, don’t make me get a USB-C cable before I have to. How about ports for both?

Miss: It could use more space

The Macan has 17.7 cubic feet of cargo space behind the rear seat and 53 cubic feet with the rear seats folded down. That’s usable space that will work for a small family, but both measurements trail the BMW X3 by about 10 cubic feet. The Macan’s fast rear roofline gives it an almost coupe-like shape that cuts into rear cargo space. While most of the lost space is up high, the Macan is also shorter than the BMW, and that limits the more-usable space at floor level. The rear seat also has less leg room than many competitors.

Hit: The trade-offs are worth it

In all, the 2020 Porsche Macan trades some of its utility for style and performance. The infotainment system isn’t as easy to use as those from rivals, and its space is compromised. However, it still has enough utility to drive every day and its style and performance make it far more engaging to drive than the SUV appliances so many Americans have embraced.