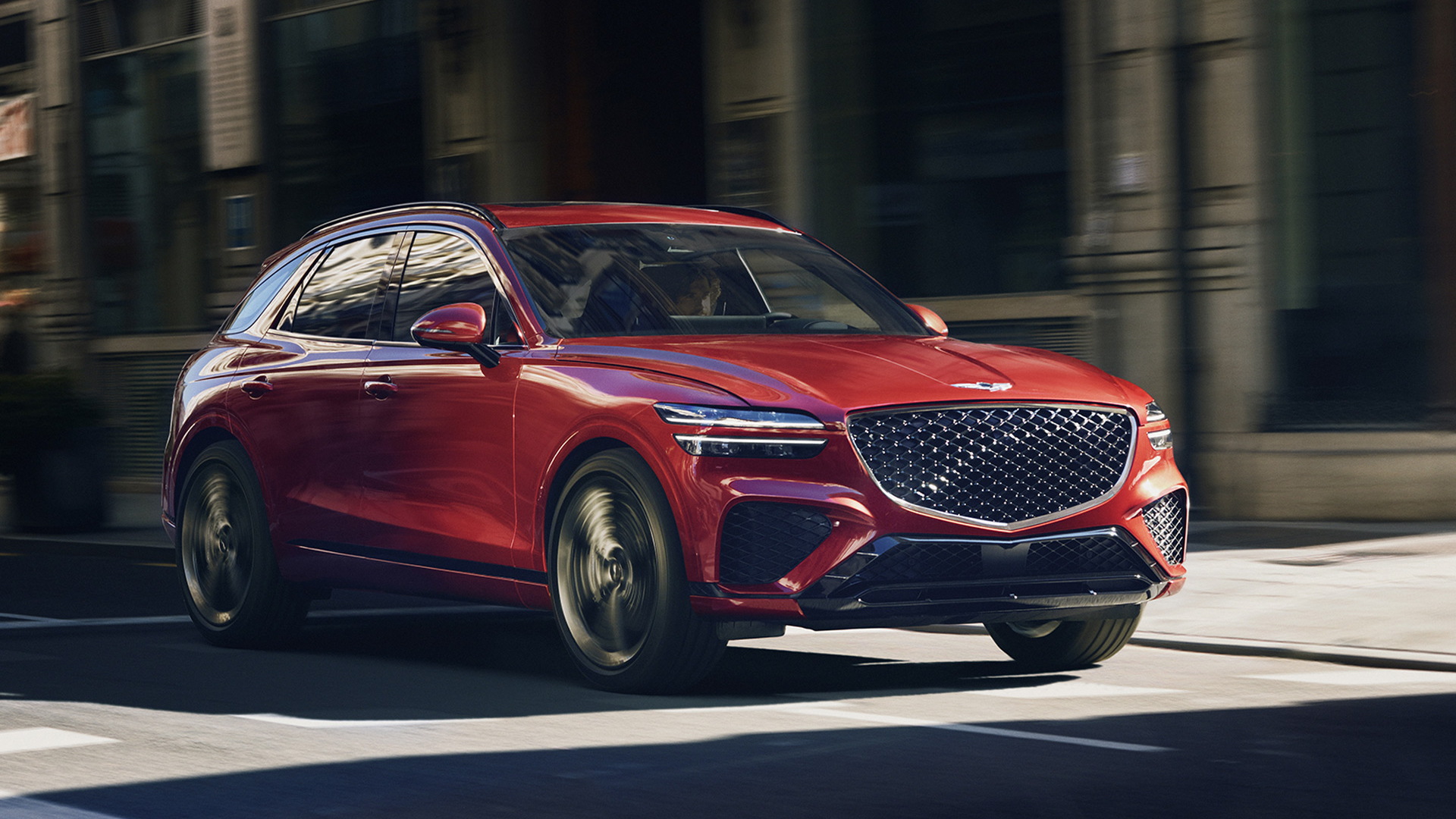 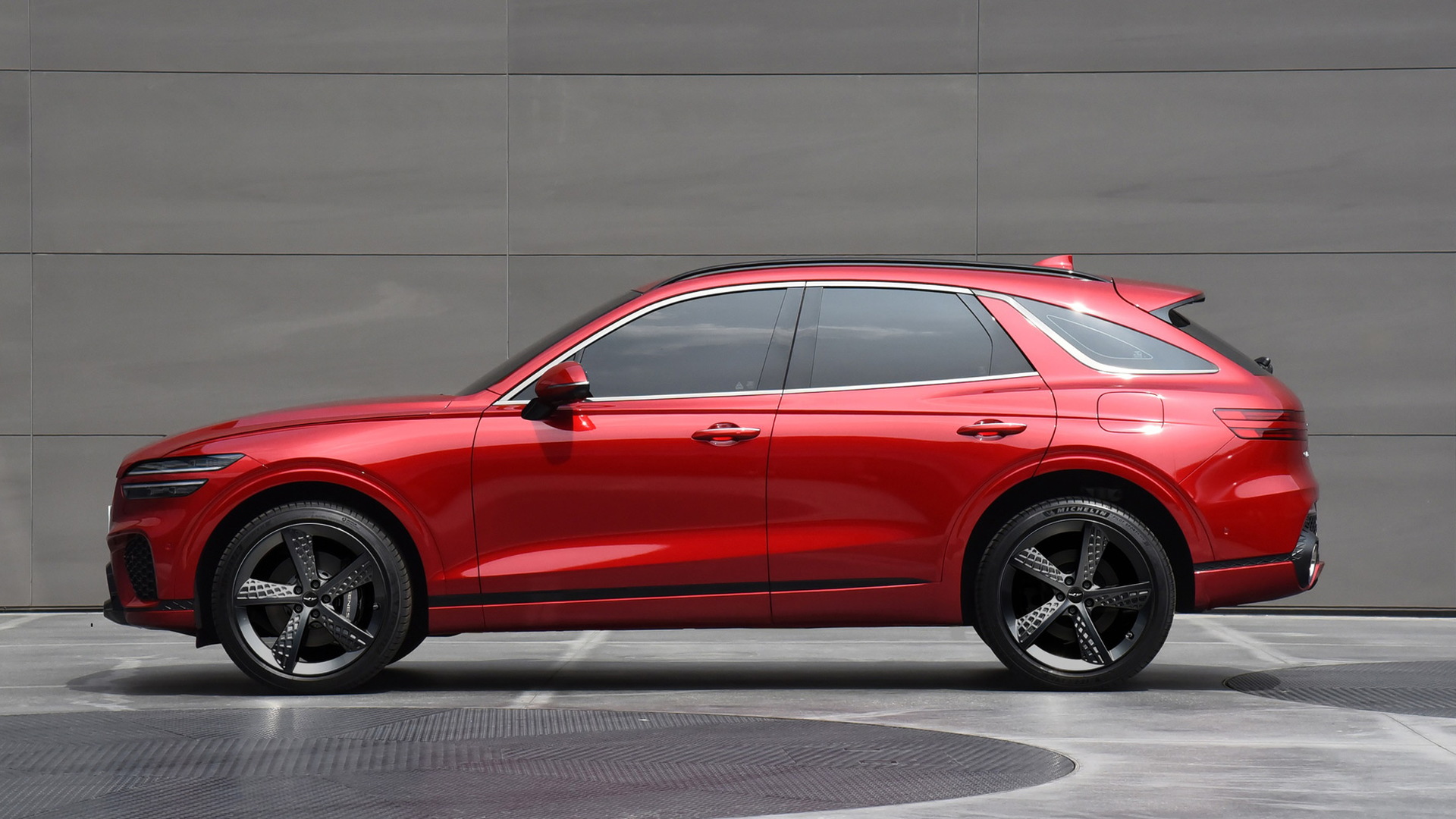 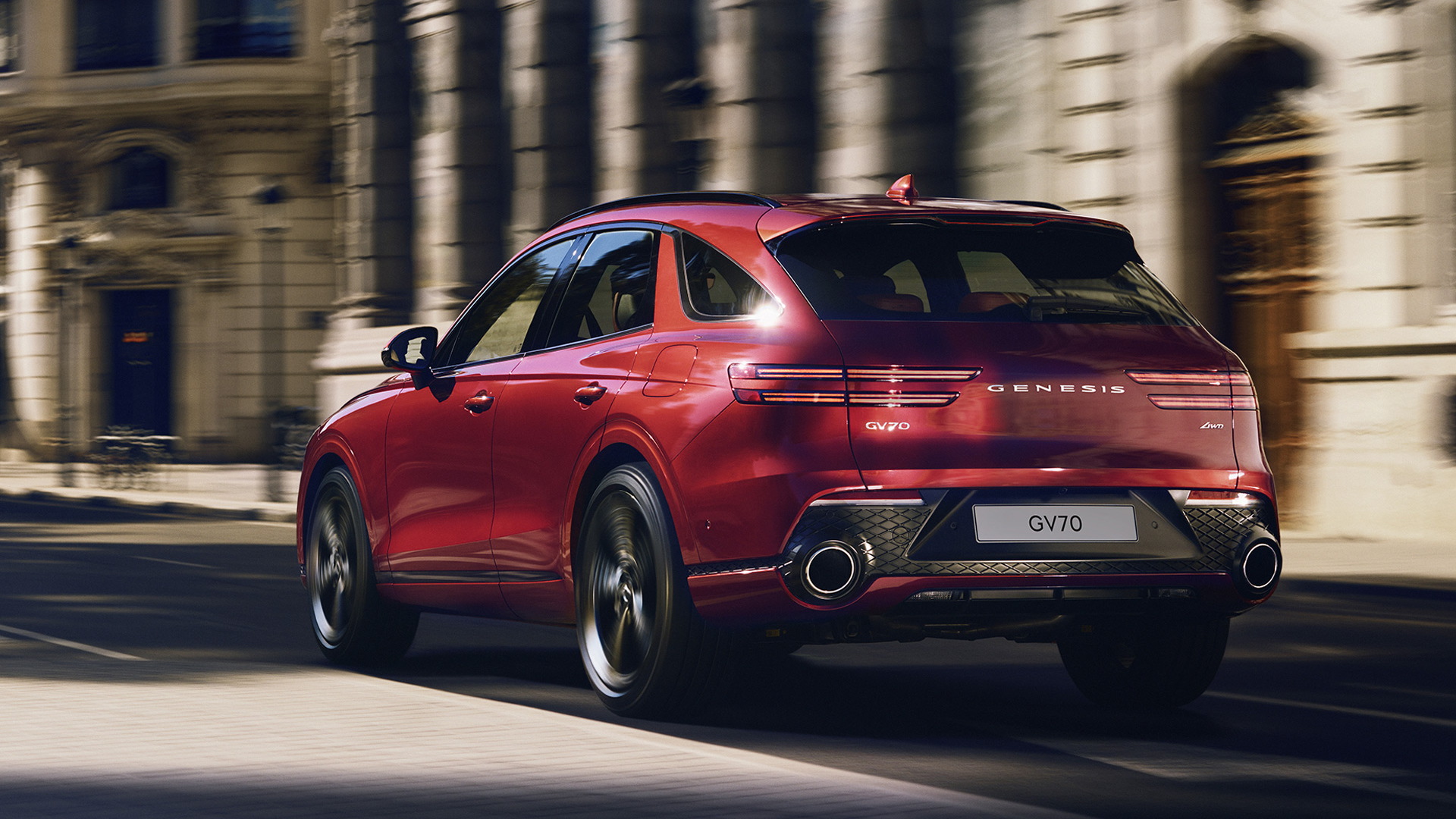 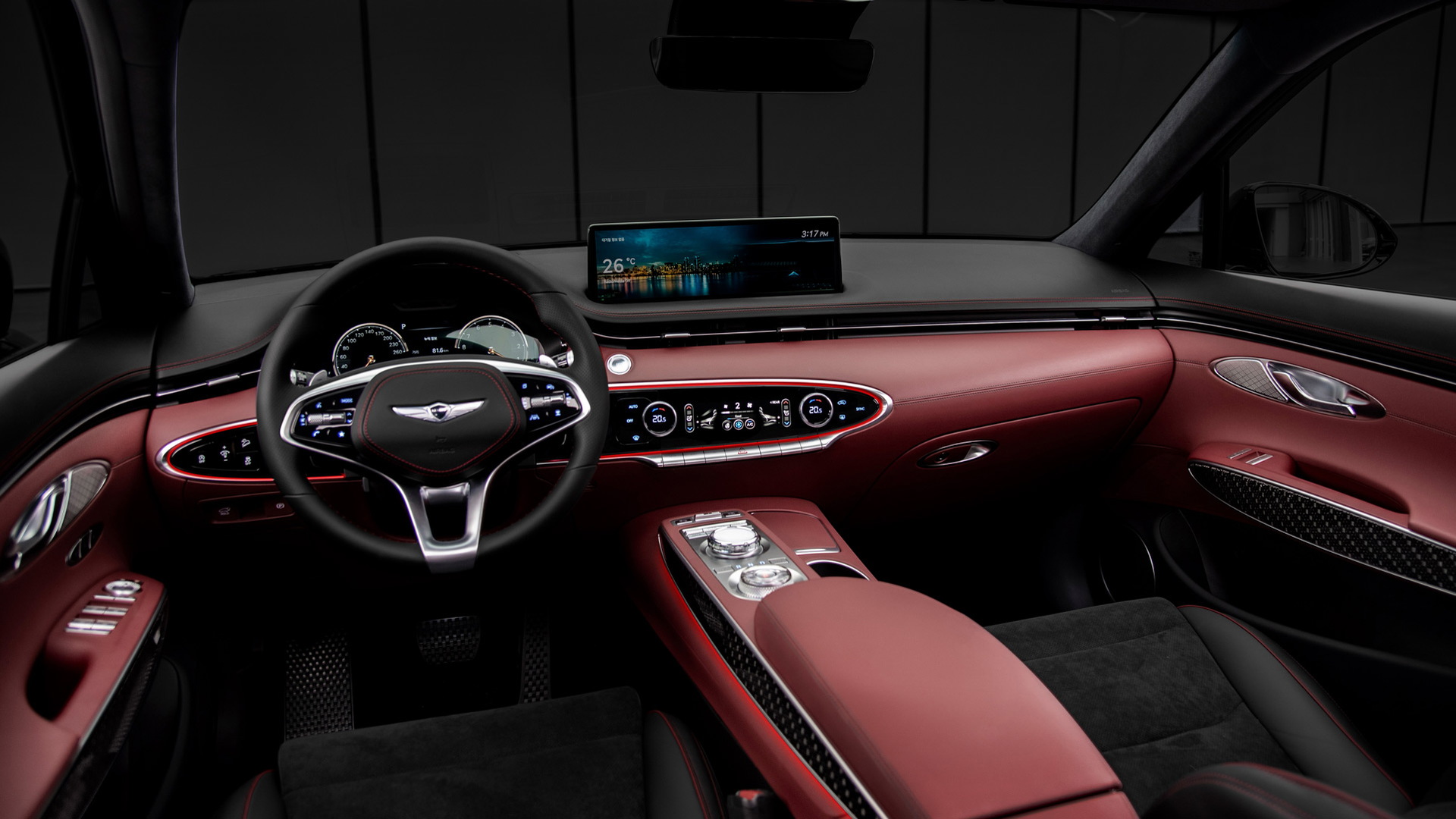 Genesis in October revealed a new crossover SUV called the GV70, which is due in showrooms next year as the latest entry in the competitive small premium SUV segment.

On Monday, the automaker announced key specifications for the United States, including powertrain details.

Genesis' first SUV is the mid-size GV80 which has just reached showrooms after coronavirus delays quashed the original summer release. The second SUV is this GV70 and a third SUV is also planned. The third SUV is expected to be a compact offering called the GV60, and possibly fitted with battery-electric power only.

The GV70 is yet another handsome design from Genesis, and one that's more dynamic than the big and burly GV80. This is emphasized by the more dramatic slope of the roof toward the rear, compared to the flatter roof of the GV80. Otherwise, all the styling cues that have come to represent the Genesis brand are there, like the large crest-shaped grille and quad-light arrangement front and rear.

Buyers will also be able to select a Sport Package for the GV70 that adds a more aggressive front fascia, unique wheel patterns, dark chrome exterior accents, and exclusive color and trim options inside including carbon-fiber. A sport steering wheel also forms part of the package.

Like other models from Genesis, the GV70 is based on a rear-wheel-drive platform, in this case related to the one in the G70 sedan which has just received major updates. High-strength steel and other stiff materials are used to increase rigidity while aluminum in used in some parts, such as the hood and tailgate, to reduce weight. 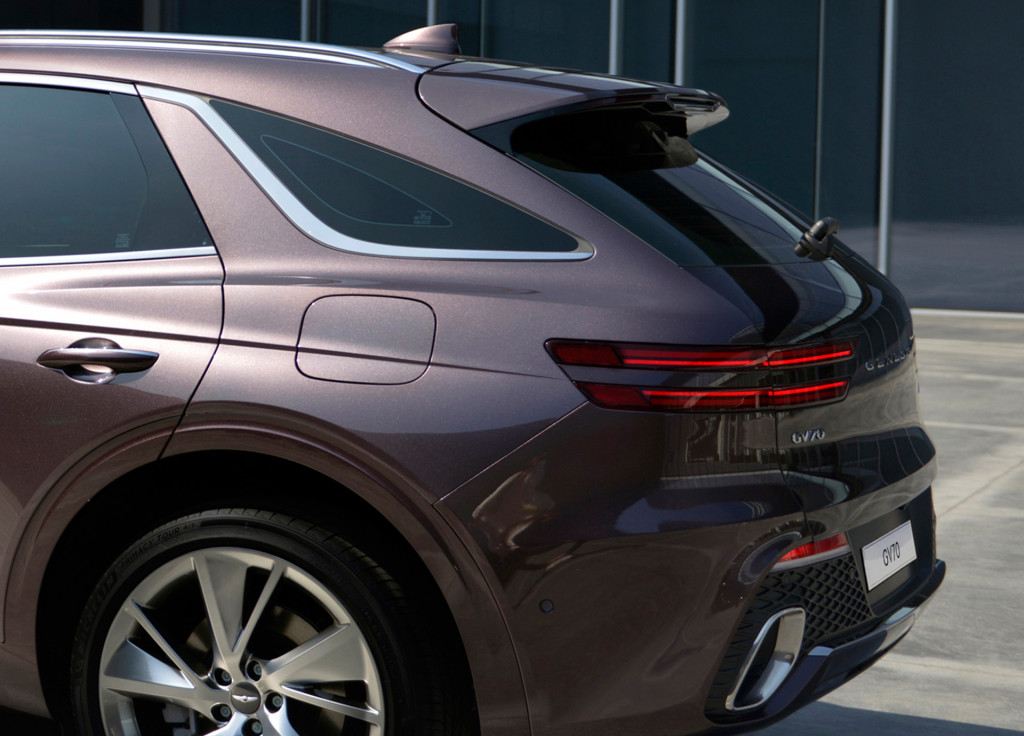 In the powertrain department, a 2.5-liter turbocharged inline-4 and 3.5-liter twin-turbocharged V-6 will be available at launch. Power outputs will likely come in at 300 and 375 horsepower, respectively, which are the same numbers the engines deliver in the GV80.

A driving mode selector is also included, with Eco, Comfort, Sport and Custom modes. Vehicles equipped with the Sport Package will feature an additional Sport Plus mode.

There will also be several electronic driver-assist features included, either standard or available. The list includes the usual items like adaptive cruise control, forward collision warning with automatic emergency braking, blind spot warning, and traffic sign recognition. The GV70 will also have a semi-autonomous feature that can handle lane changes during highway driving. 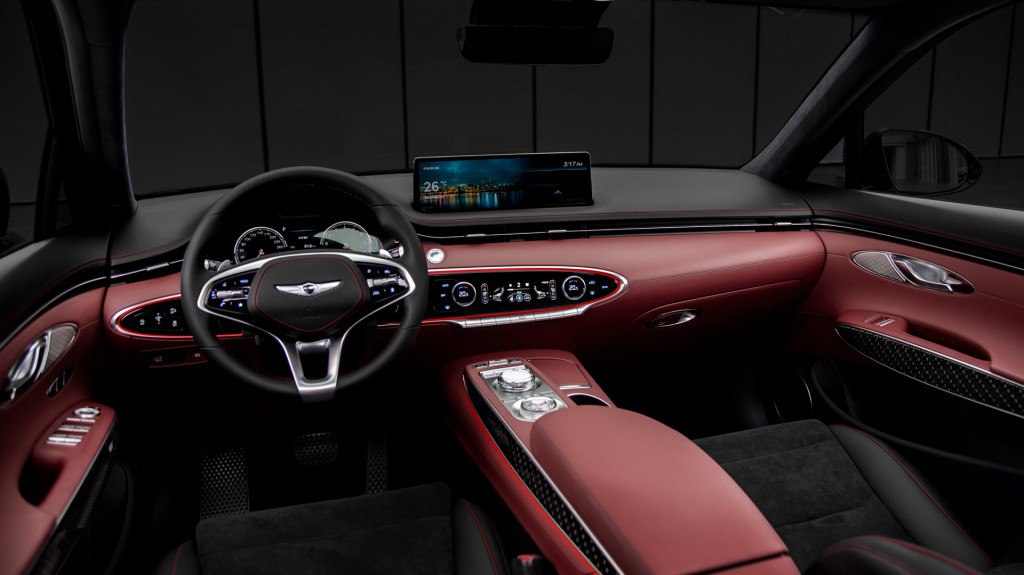 The GV70 isn't the only new Genesis coming up shortly. As mentioned above, the G70 sedan has just been updated and is set to spawn a wagon body style for European markets. There's also a dedicated EV in the works that might end up being the GV60 mentioned above, as well as a battery-electric version of the G80 sedan.

Unfortunately, plans for a large coupe inspired by 2018's Essentia concept appear to be off the radar as Genesis focuses on higher volume models first.

Pricing information for the GV70 will be announced closer to next year's market launch.