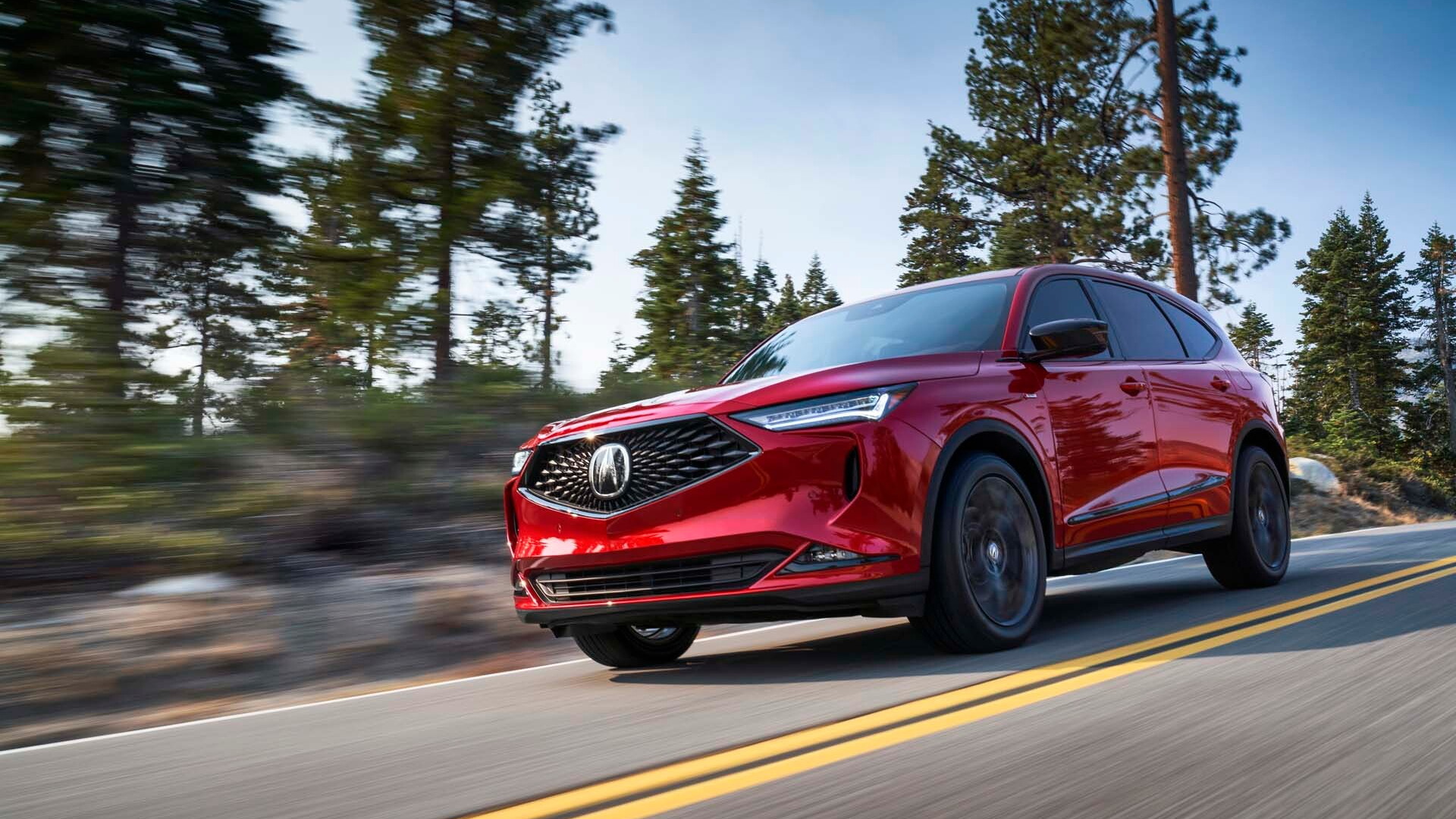 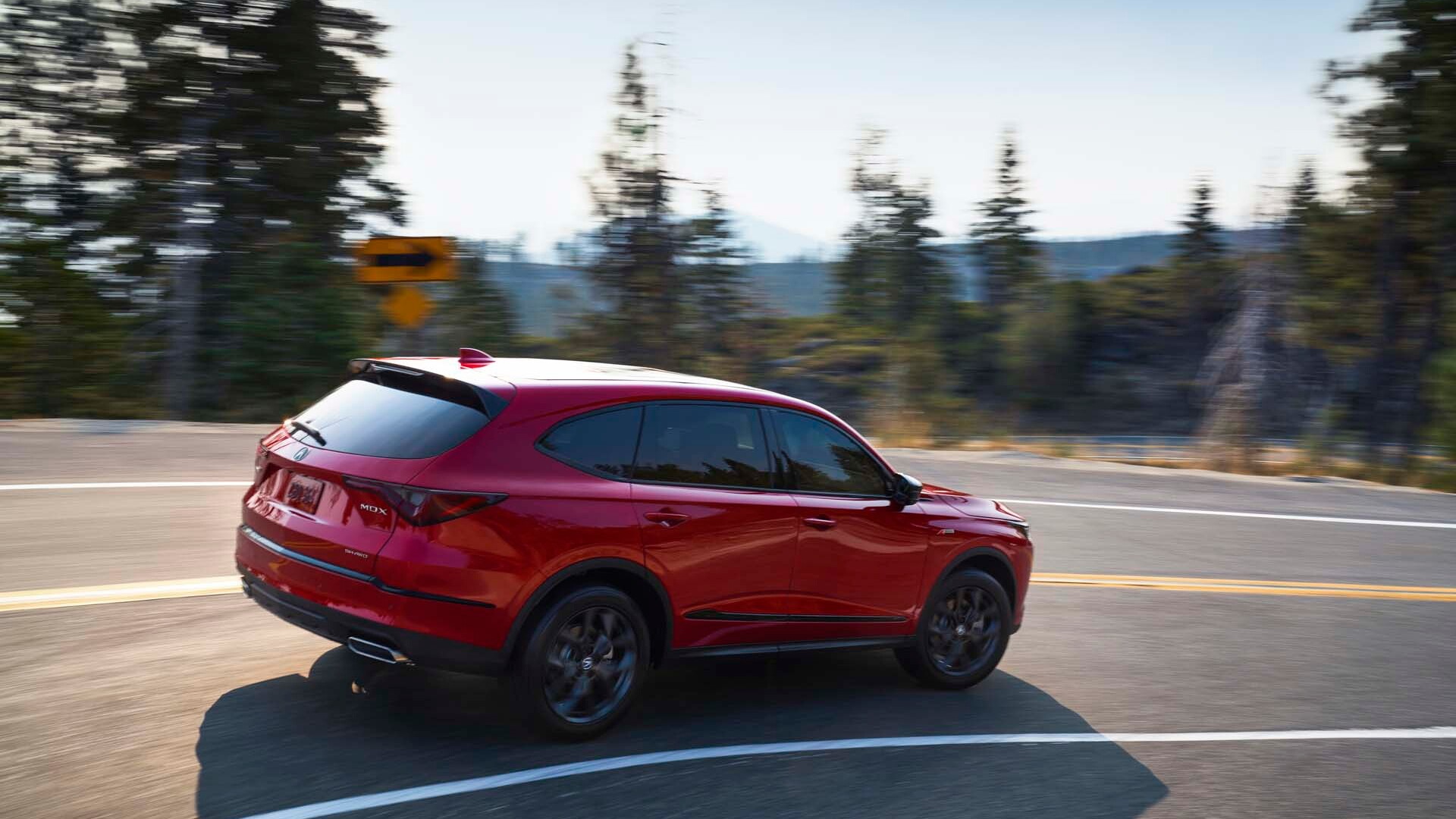 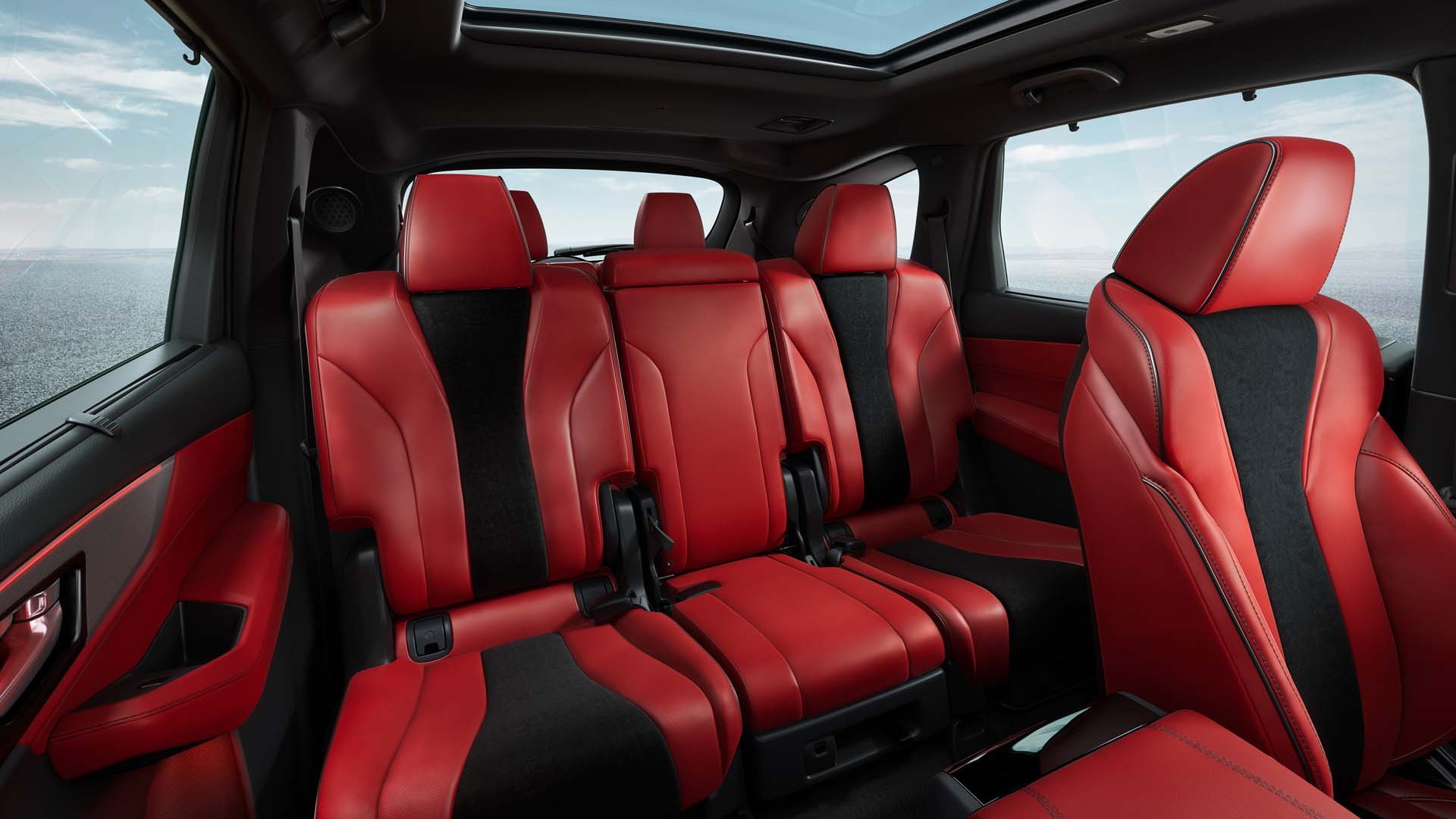 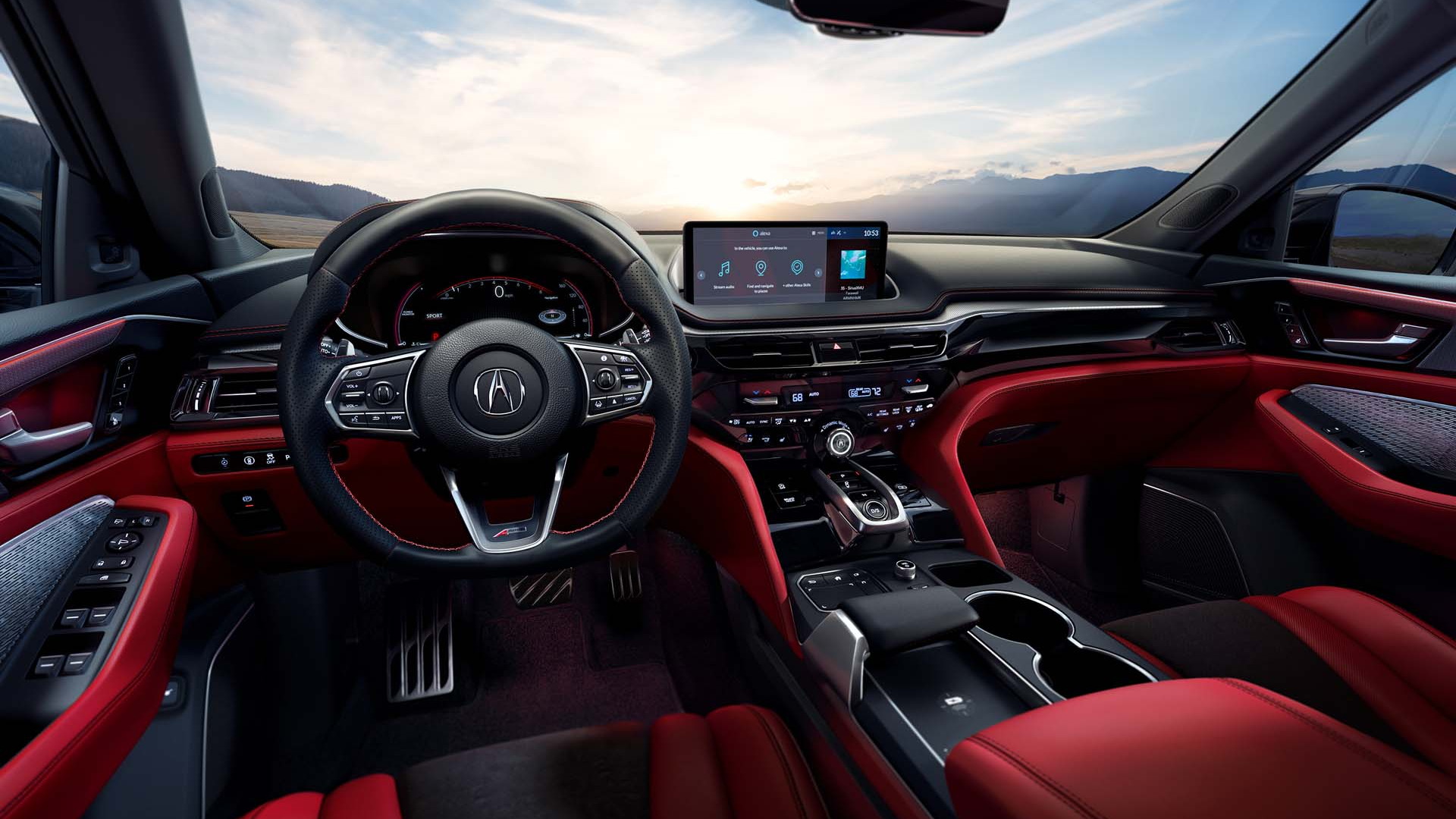 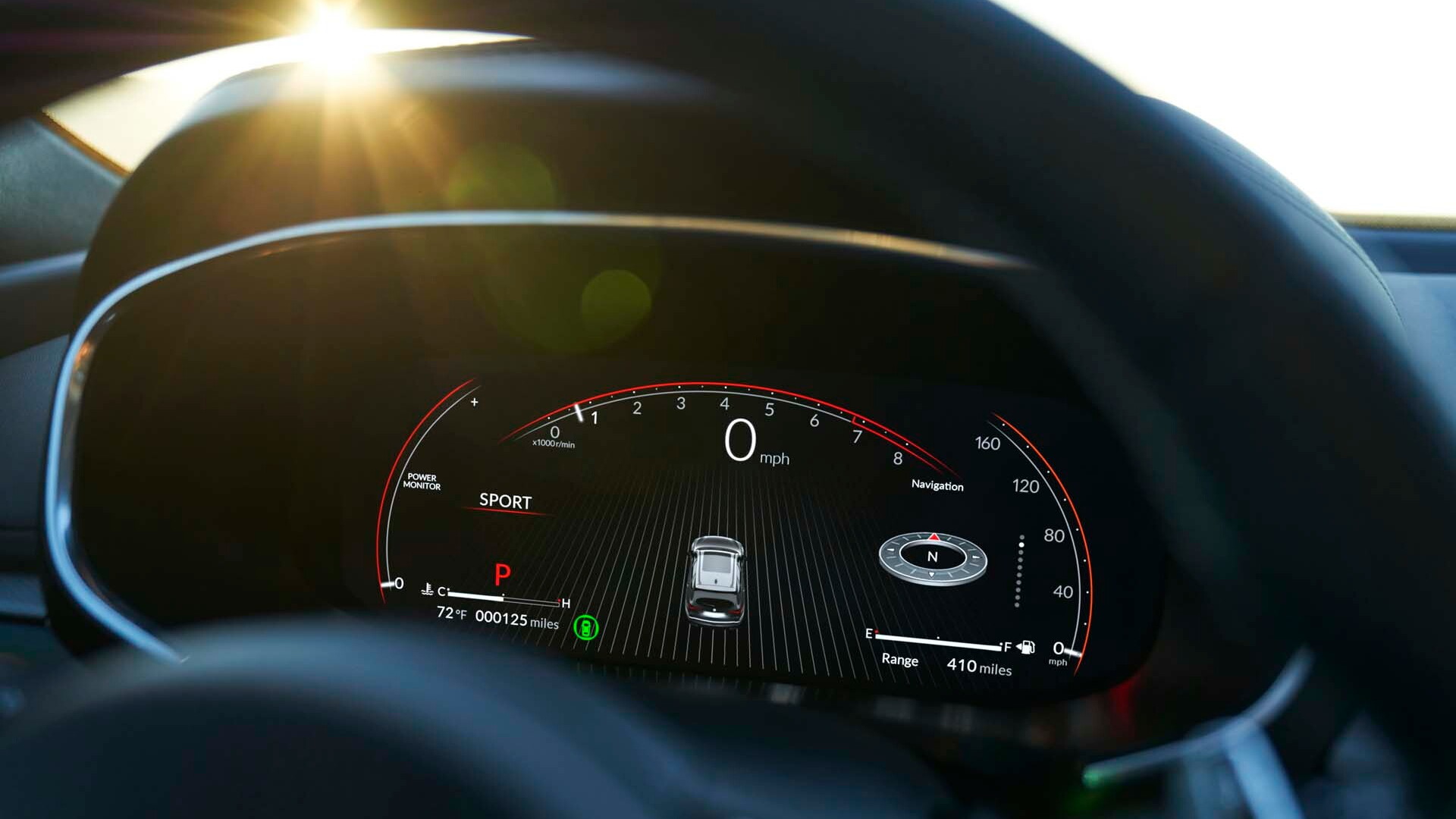 The covers have come off Acura's new luxury flagship and it isn't a sedan. With the RLX luxury sedan bows out of the U.S. market after the 2020 model year, the new MDX three-row crossover SUV will be the top family vehicle in the Acura lineup.

On Tuesday, the 2022 Acura MDX made its formal online debut with a sportier design, a tech-filled interior, and a new platform that promises to deliver sharper driving dynamics. When the 2022 MDX arrives in dealerships in February it'll start at $47,925 including the $1,025 destination charge.

The latest MDX takes an evolutionary design approach and looks nearly identical to the MDX Prototype shown in October. The MDX's new stance comes courtesy of its increased dimensions, including a 2.8-inch longer wheelbase, a 2.2-inch longer overall length, and a 1.4-inch wider stance. The long hood, upright front end, and 6-inch longer dash-to-axle ratio give this family hauler an athletic appearance.

Inside the MDX gets design inspiration from the NSX supercar and TLX sedan. The dashboard features a horizontal design theme with a 12.3-inch digital gauge cluster and a 12.3-inch infotainment screen with a touchpad interface. It also features plenty of buttons, toggles, and switches. For a luxury ambience, Acura outfits the interior with a hand-wrapped instrument panel, open-pore wood and brushed aluminum trim, and Milano leather upholstery.

MDXs will be available with seating for seven passengers thanks to a standard third-row seat. Twelve-way power-adjustable front sport seats will come standard, while 16-way adjustable seats with power-adjustable side bolsters and thigh extensions will be available. The second-row bench seat can be turned into captain's chairs by removing the middle seat, reducing seating capacity to six. The third row is still likely for kids, but it's larger than before with an additional 0.4 inch of head room and 2.4-inches of leg room, plus a 2-inch higher seating position.

Hauling the family's gear will be easier thanks to more cargo space. The MDX can haul up to 16.3 cubic feet of cargo behind the third row, an increase of 1.5 cubic feet. That space swells to 71.4 cubic feet with the second- and third-row seats folded, which is an increase of 3 cubic feet over the outgoing model.

Base MDXs will be powered by a 3.5-liter V-6 with 290 horsepower and 267 pound-feet of torque hooked to a 10-speed automatic transmission. Front-wheel drive is standard, and all-wheel drive will be a $2,000 option on base models. The updated torque-vectoring all-wheel-drive system can now send up to 70% of the power to the rear wheels.

The hybrid MDX is dead, for now, but a Type S will arrive next summer with a 3.0-liter twin-turbo V-6 producing an estimated 355 horsepower and 354 pound-feet of torque. All-wheel drive will be standard, as will 21-inch wheels with 275-series tires. Upgraded front brakes will use 4-piston Brembo calipers.

The MDX rides on a new platform that was developed specifically with the Type S in mind, according to MDX global development leader Tom Nguyen. It's over 35% more rigid as an average of all components, and the strut towers are now one-piece aluminum castings.

The MDX features a double-wishbone front suspension with a new multi-link rear end. While the 2021 TLX features a similar suspension, Nguyen told Motor Authority, "There is not a single suspension arm that is carry over...with a heavier vehicle comes different requirements for strength and durability."

Every MDX will feature a suite of safety technology, including automatic emergency with pedestrian detection, a driver-attention monitor, and adaptive cruise control. A new three-chamber front passenger airbag design will function like a baseball catcher's mitt should the worst happen, cradling the front passenger to mitigate injuries.