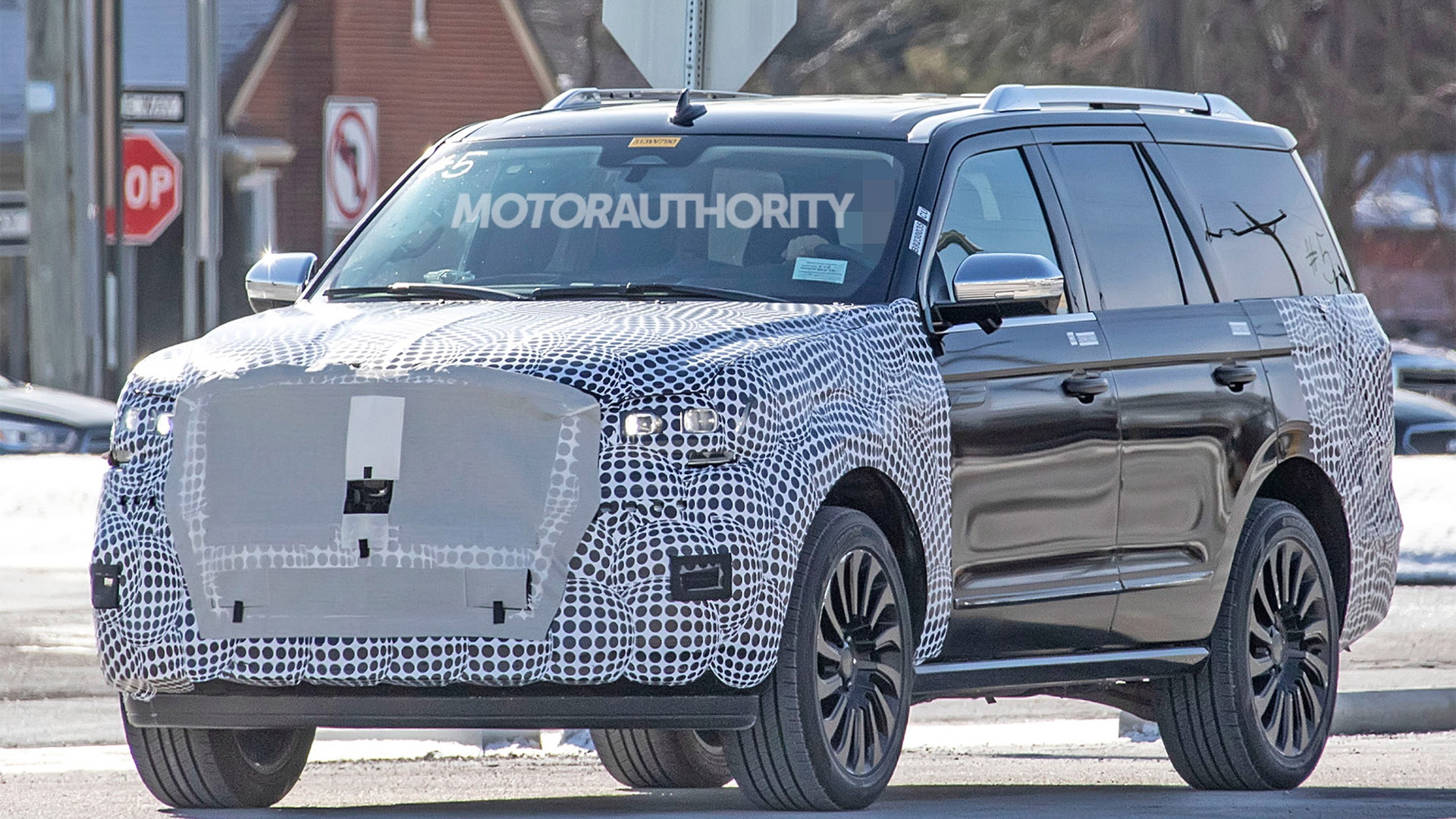 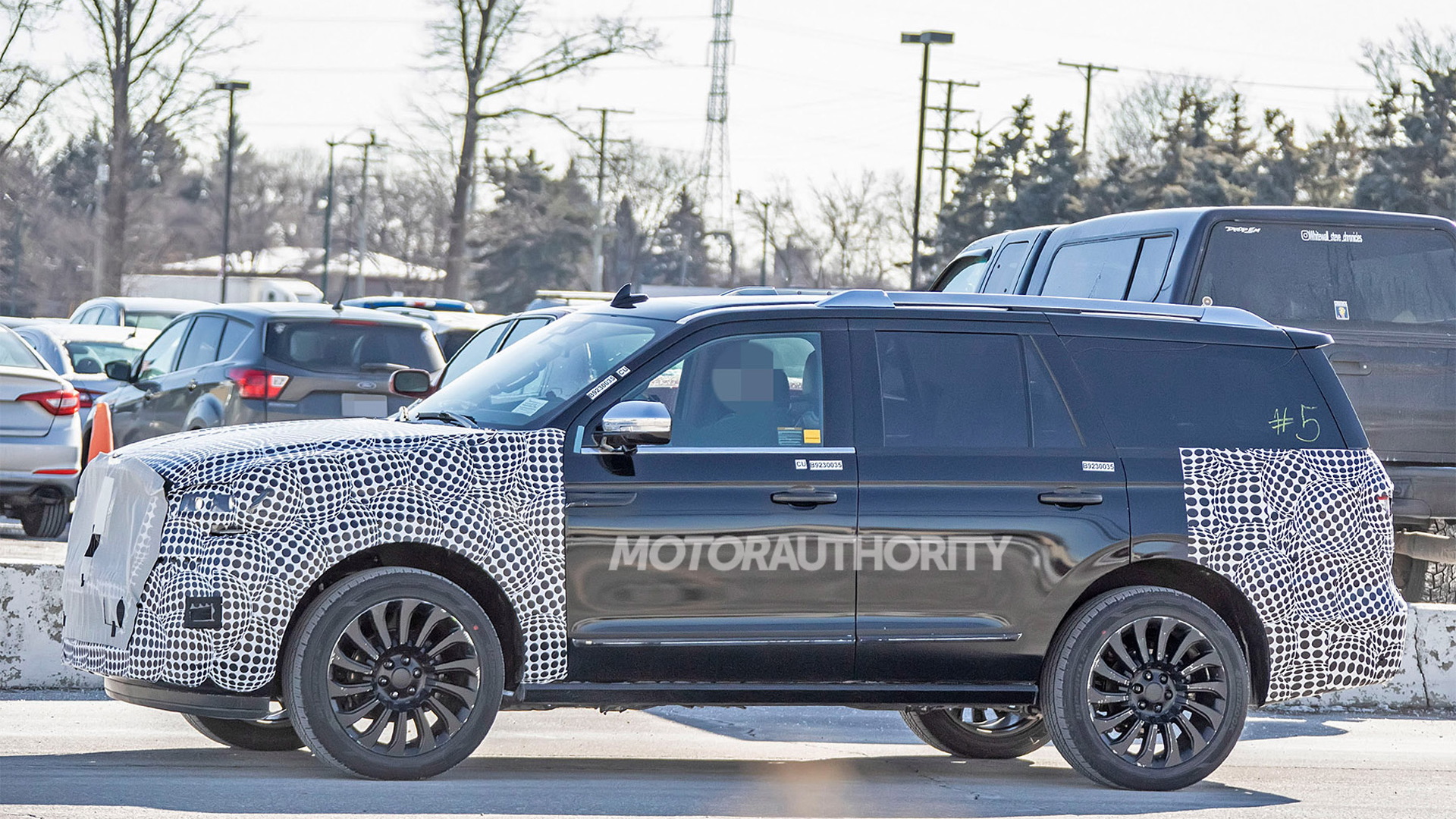 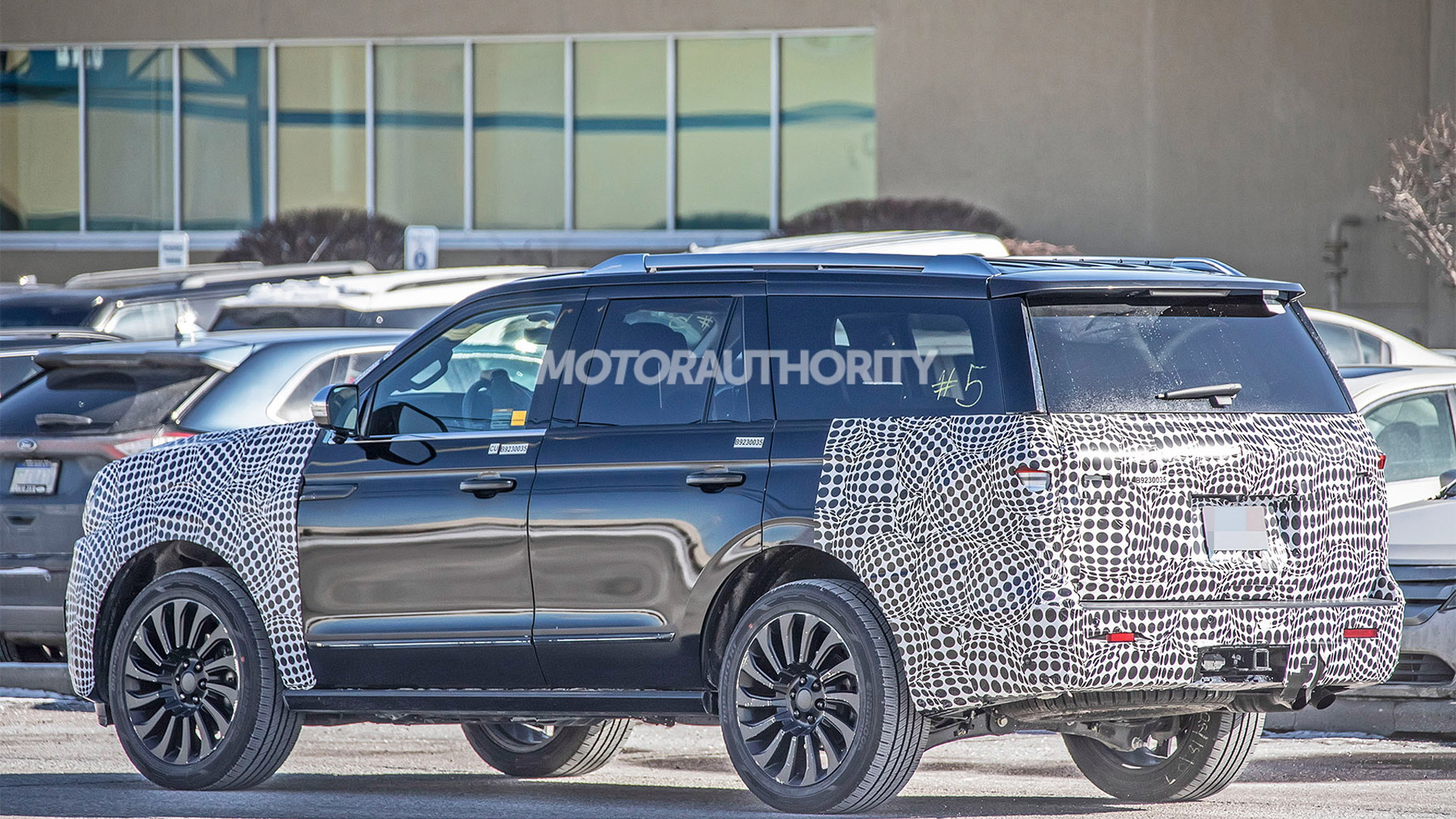 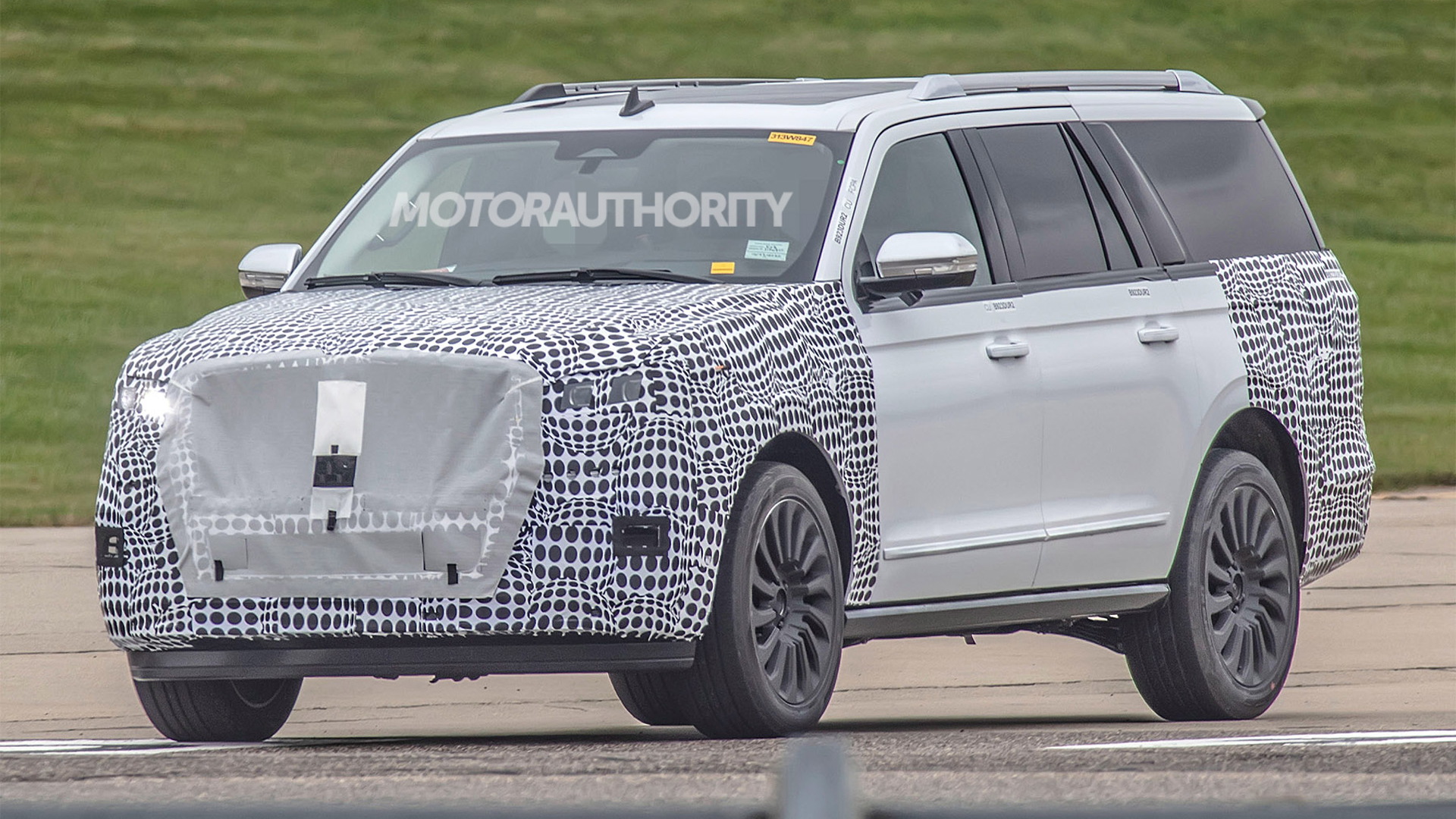 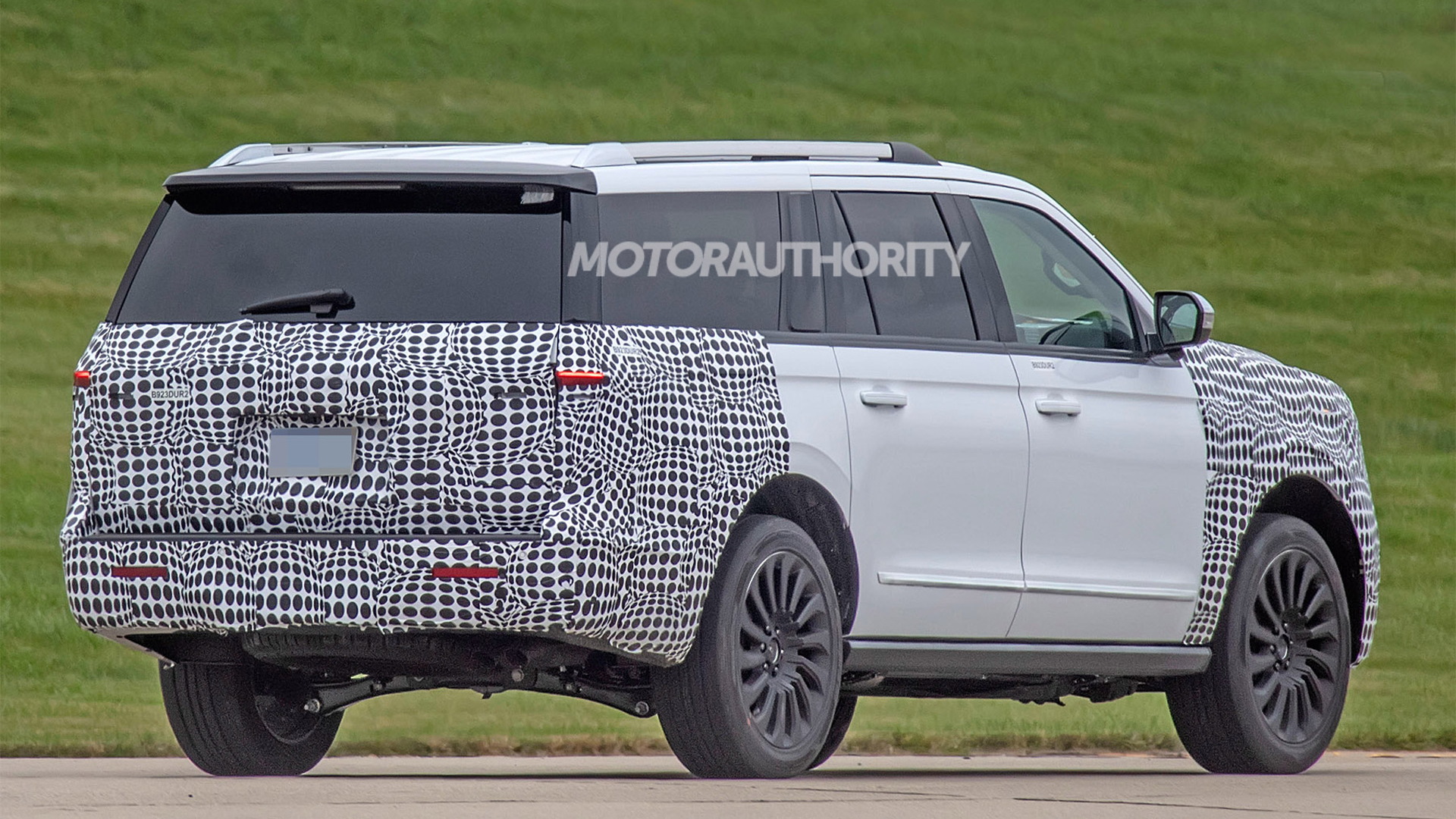 Lincoln hit a home run with its redesigned Navigator launched for 2018. It offered road presence, a genuinely luxurious feel, and surprisingly good dynamics, helped along by its independent rear suspension.

But Cadillac has since introduced a redesigned Escalade, one that's seriously good and better than the Lincoln in many attributes, especially when it comes to in-car tech.

Lincoln looks set to remedy this with an updated Navigator. It's being developed alongside an updated version of its Ford Expedition twin. Both updated SUVs should be revealed late this year or early next as 2022 models.

Our latest spy shots show prototypes for the updated Navigator. We expect only subtle changes on the outside. Camouflage gear suggests new fascias at both ends and perhaps a revised grille.

Inside, Lincoln has added a much larger infotainment screen than the somewhat small 10-inch screen of the current model. The new screen features a horizontal orientation, which is in contrast to the vertical orientation Ford will use in the updated Expedition, which should help differentiate the two.

It isn't clear what Lincoln has planned for the powertrains but a good bet is the availability of the same hybrid powertrain introduced in the related F-150 PowerBoost. The powertrain combines a 3.5-liter twin-turbocharged V-6 with an electric motor integrated with a 10-speed automatic transmission, and rates in at a meaty 430 hp and 570 lb-ft of torque.

The Navigator is currently offered exclusively with a 3.5-liter twin-turbo V-6 that delivers 450 hp and 510 lb-ft. Unfortunately, we're unlikely to see a V-8 option being added to match the Escalade.

The Navigator, and the Escalade, will soon face new competition from Jeep in the form of a revived Wagoneer and Grand Wagoneer. A redesigned Lexus LX is also expected in the next year or two, so the competition in the big, body-on-frame SUV segment is really heating up.