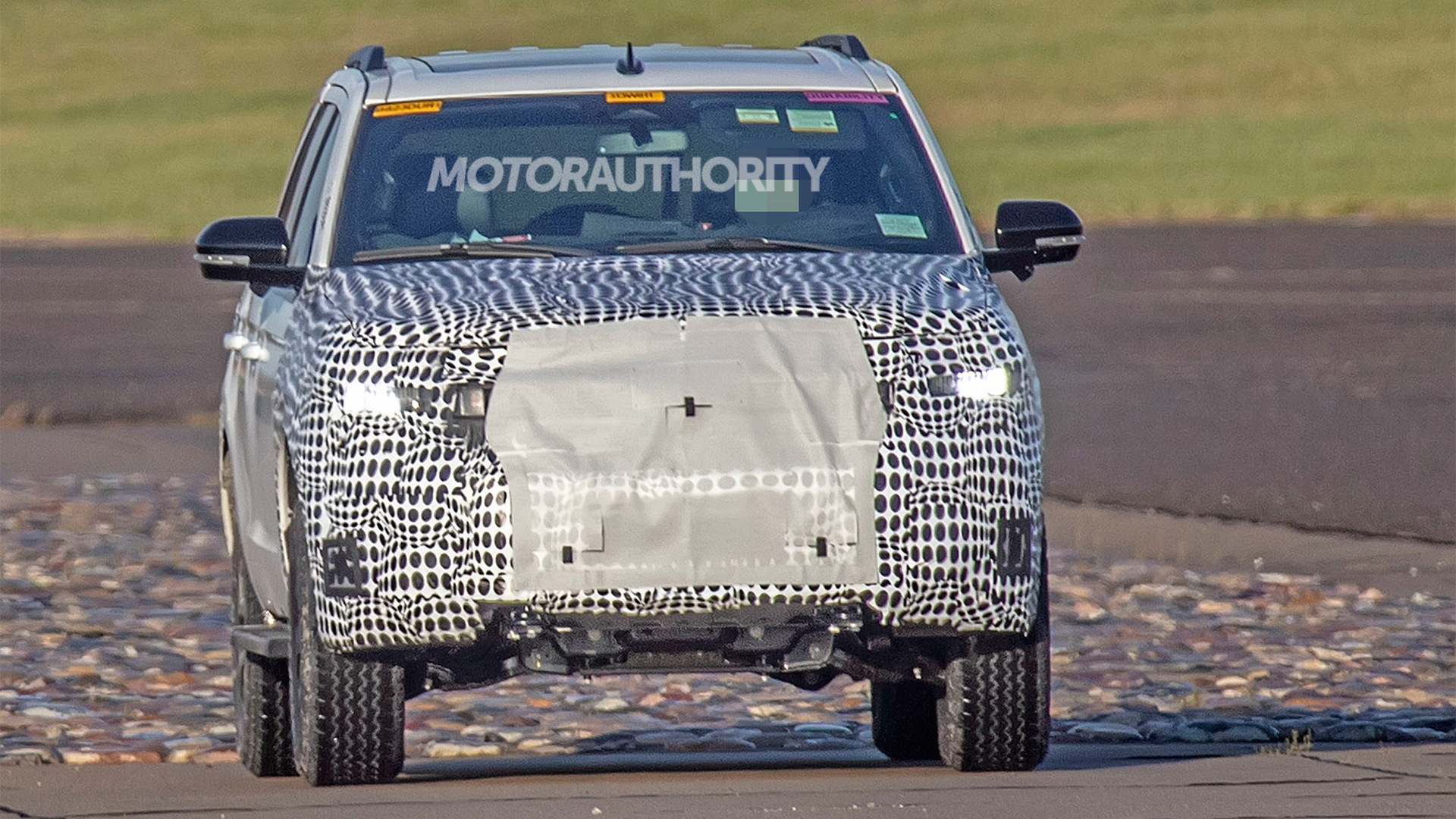 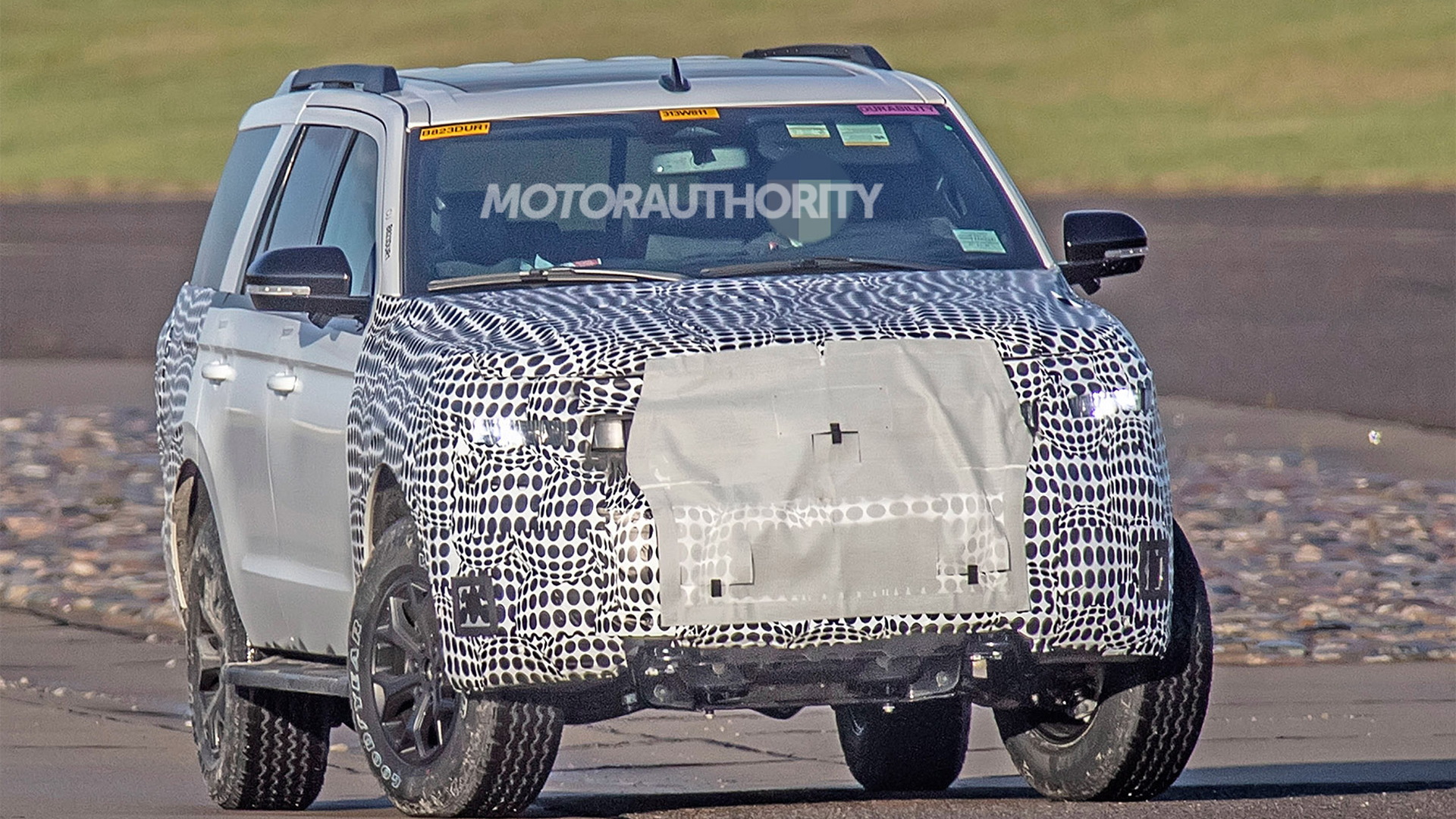 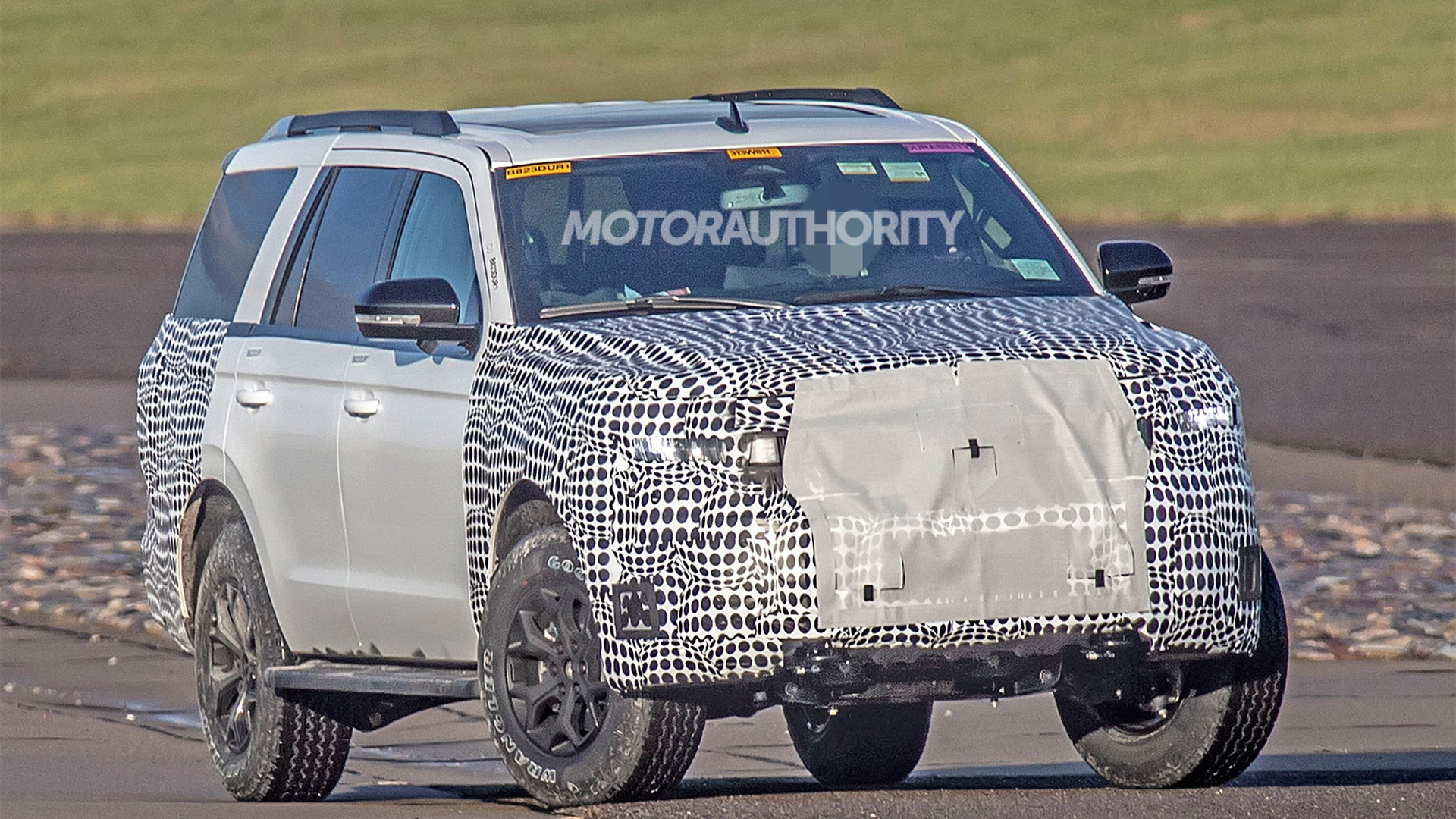 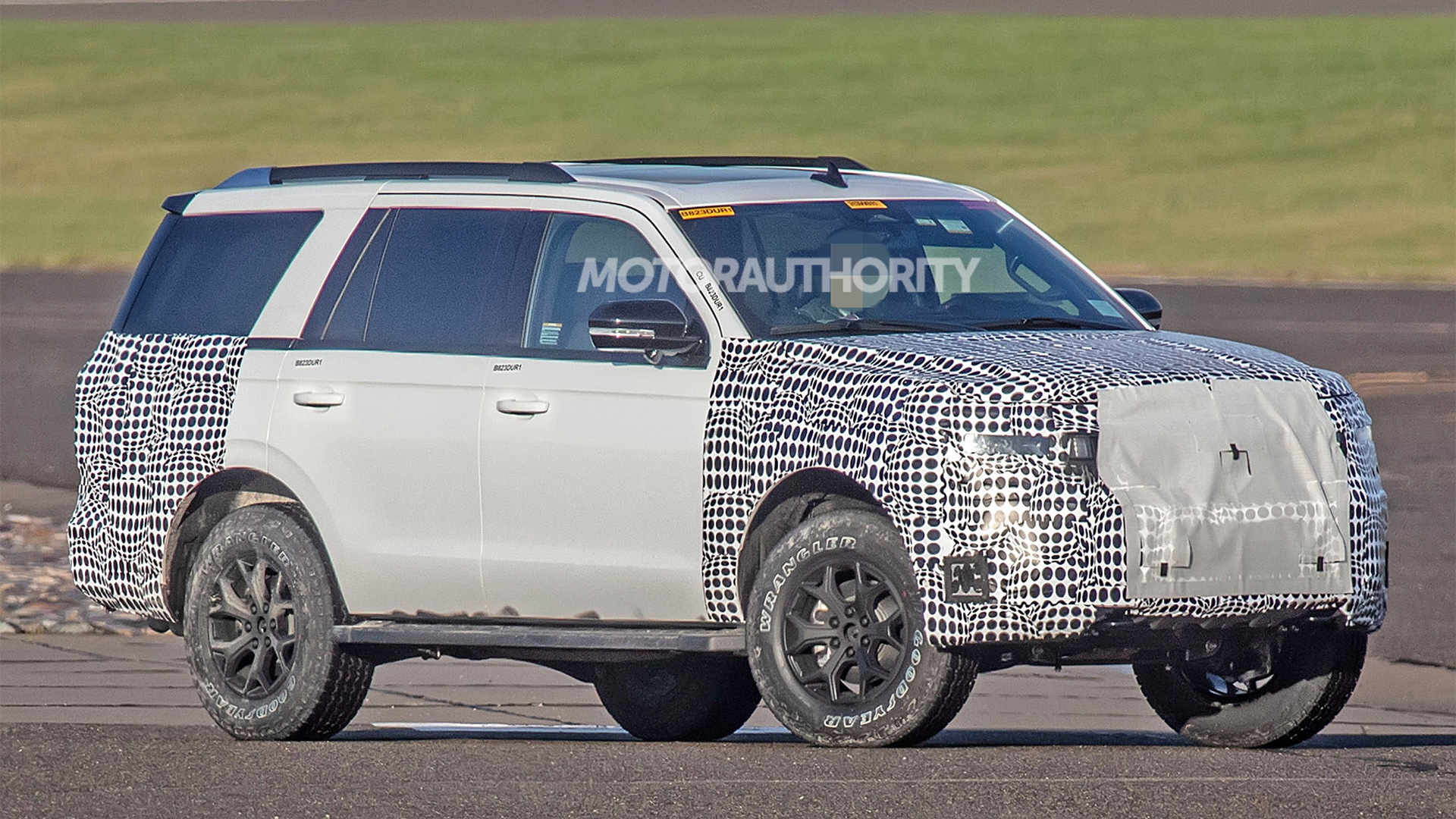 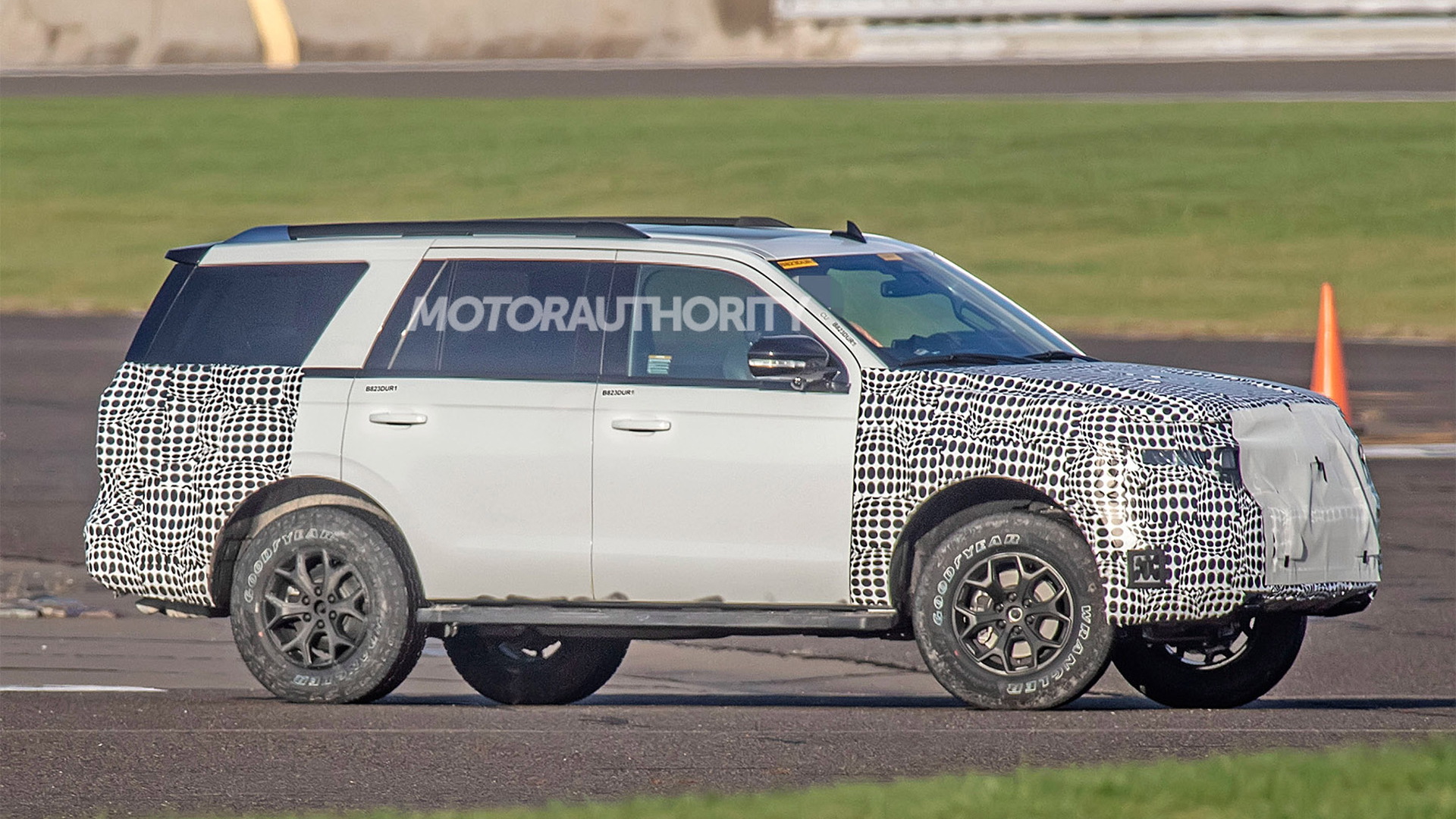 The Ford Expedition and Lincoln Navigator twins are about to come for a round of updates. They will be the first updates to the big SUV duo since 2018's redesign.

Our latest spy shots show a prototype for the updated Expedition. Prototypes for the updated Navigator are also testing on public roads. Both updated SUVs should be revealed late this year or early next as 2022 models.

Our spy shots hint at major changes to the front-end styling of the updated Expedition. It looks like there will be changes to the headlights, grille and lower fascia.

Some interior shots also point to a major revamp. The big news is the updated center stack which sports a large, portrait-oriented touchscreen display serving as the infotainment hub. It looks to be the same display introduced on the Mustang Mach-E battery-electric SUV.

The new in-car technology should give the Expedition just what it needs to challenge the Chevrolet Tahoe and Suburban, both of which have had better interiors than the Ford since their 2021 redesign.

It isn't clear what Ford has planned for the powertrains but a good bet is the availability of the same hybrid powertrain introduced in the related F-150 PowerBoost. The powertrain combines a 3.5-liter twin-turbocharged V-6 with an electric motor integrated with a 10-speed automatic transmission, and rates in at a meaty 430 hp and 570 lb-ft of torque.

The Expedition is currently offered exclusively with a 3.5-liter twin-turbo V-6 which spits out 375 hp and 470 lb-ft in standard guise and 400 hp and 480 lb-ft in Platinum guise.

Another possibility for the updated Expedition is a new off-road-focused variant (Expedition Timberline?) even more hardcore than the Expedition fitted with the FX4 Off-Road package. The latest prototype is fitted with Goodyear Wrangler AT/S tires, which appear to be more rugged than the Michelin-branded off-road rubber that comes with the FX4 Off-Road package. The front and rear fascia also look to have better approach and departure angles than normal.