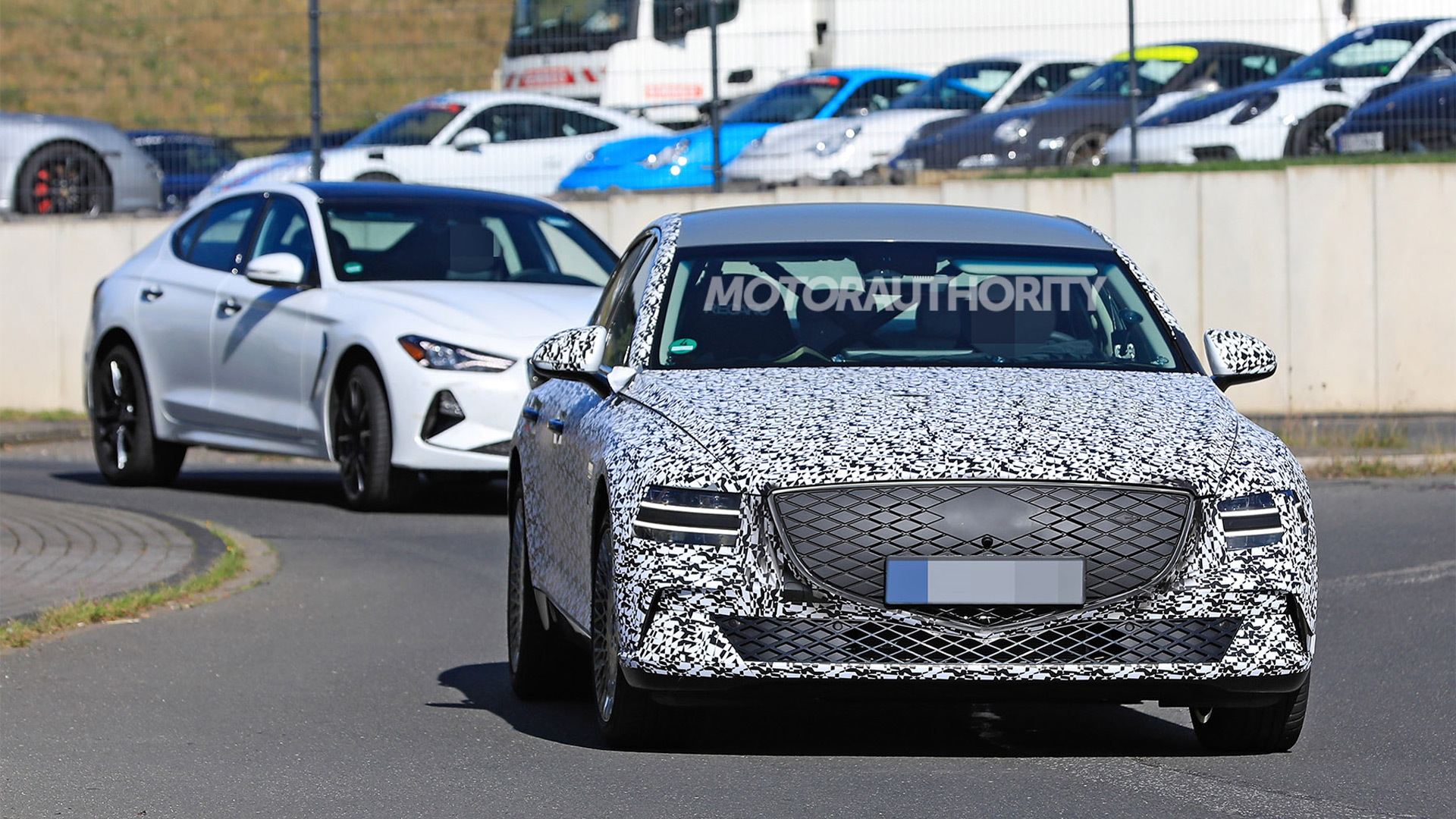 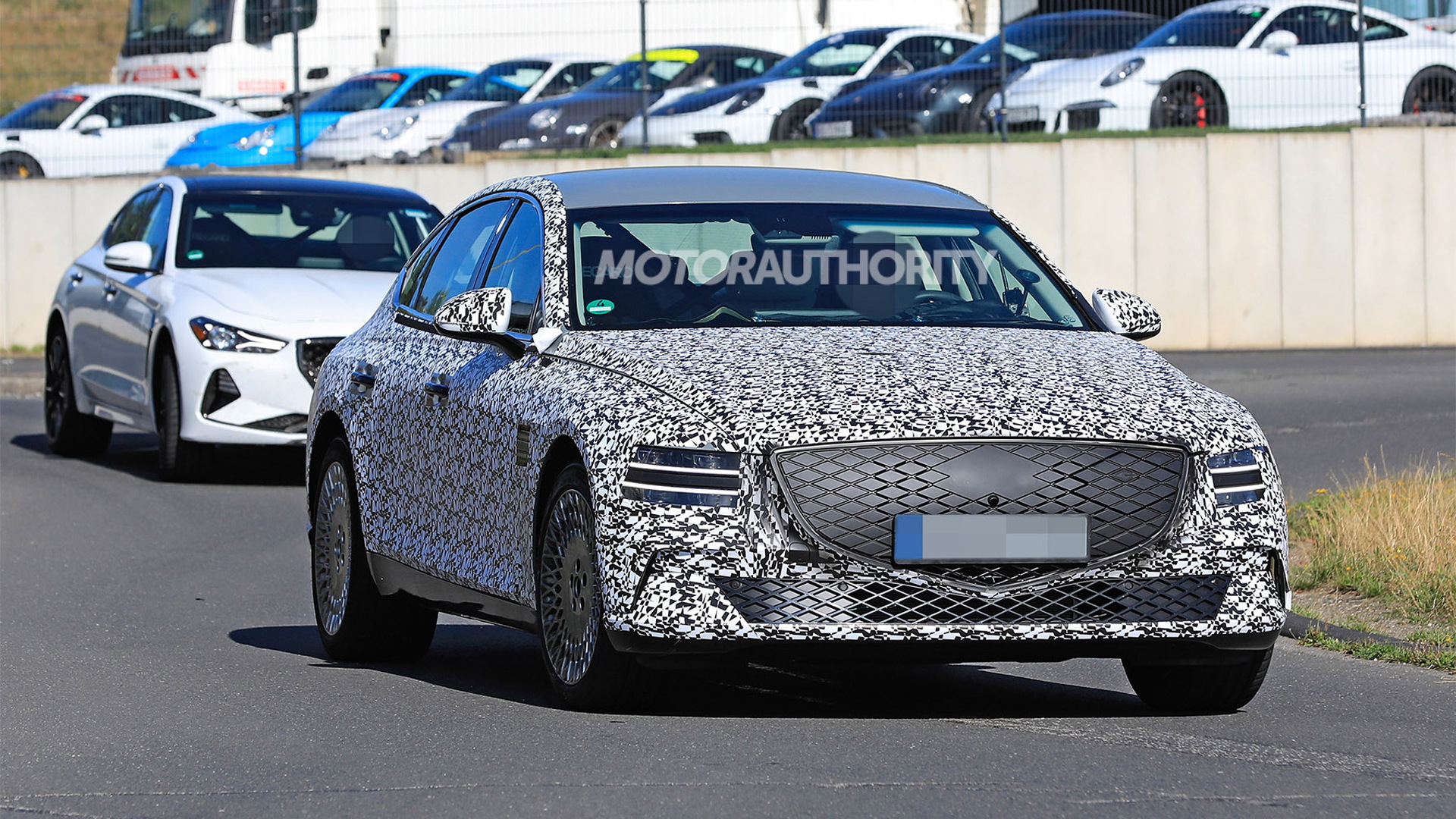 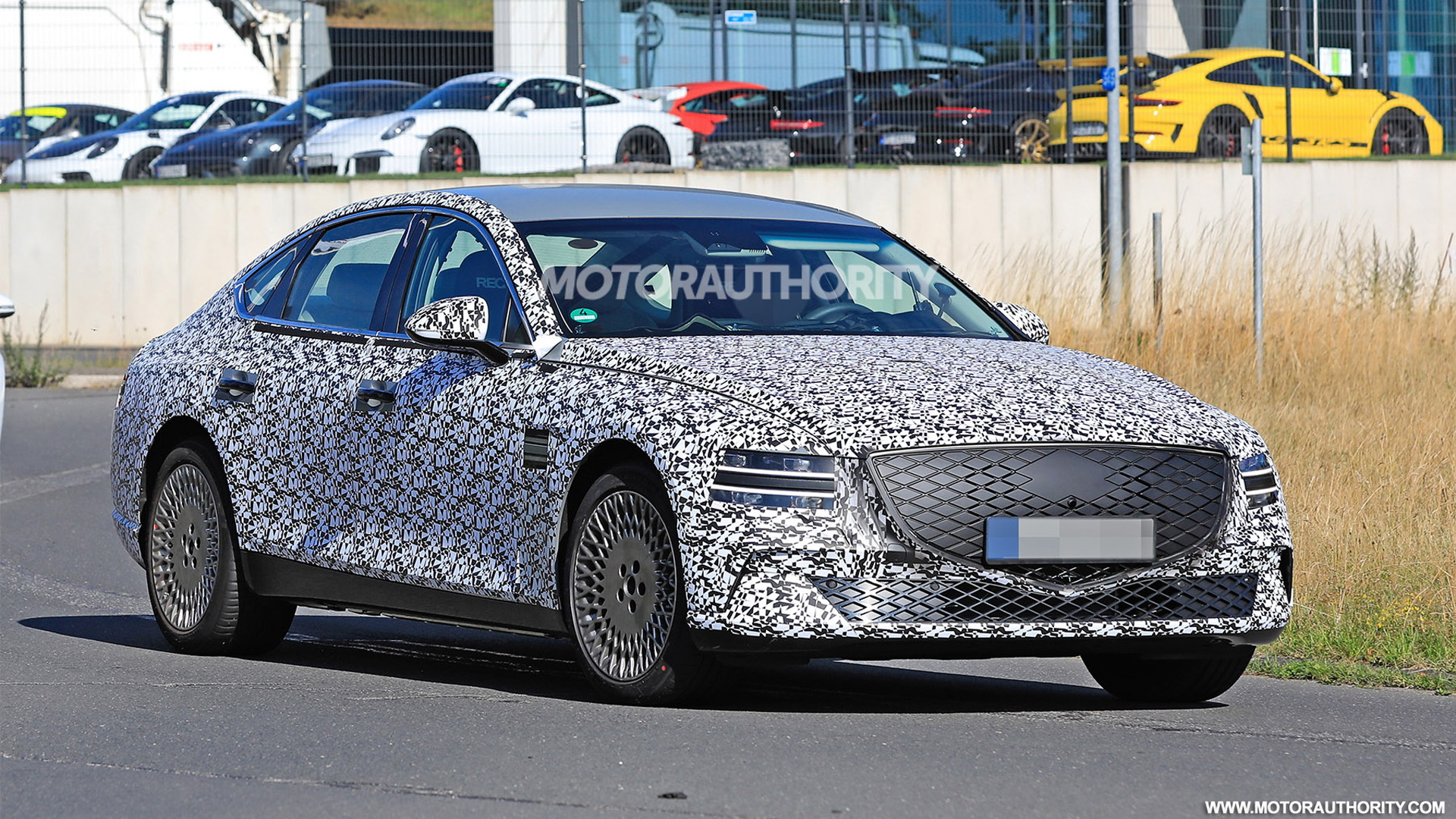 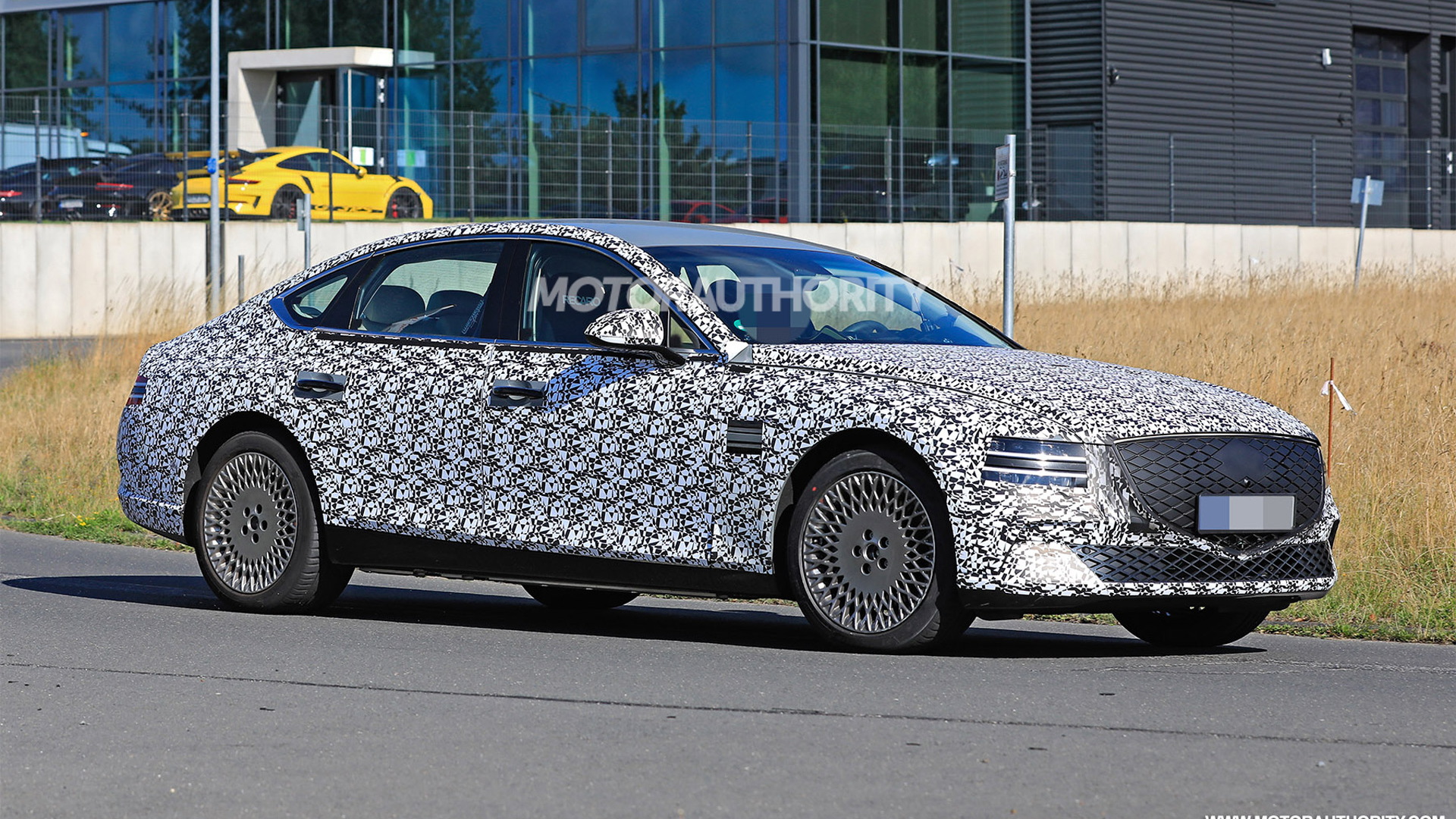 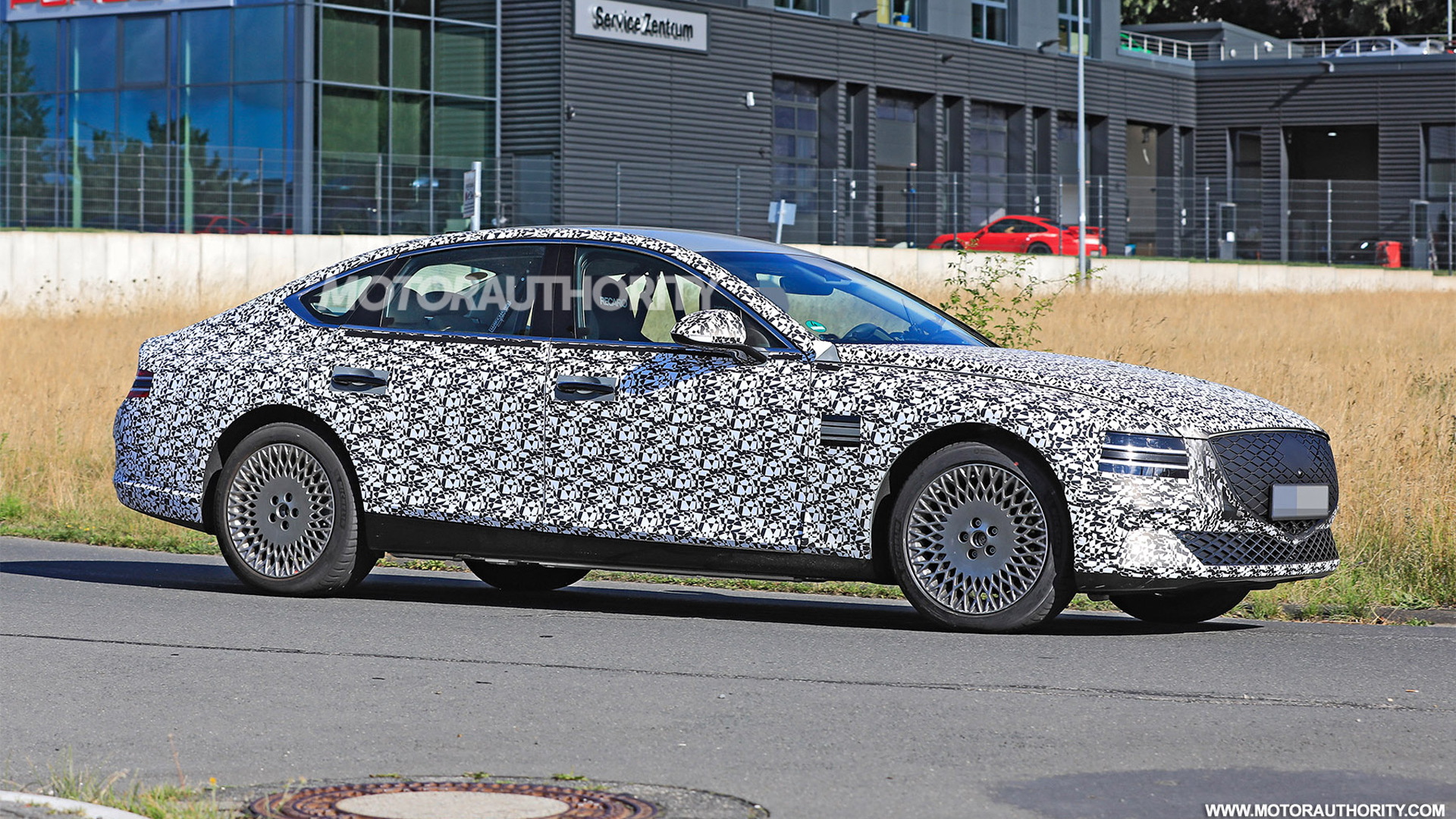 Genesis has redesigned its G80 for the 2021 model year, and soon there will be a battery-electric version of the striking sedan.

This prototype may look like one of the many testers we saw for the regular G80, but if you look a little closer you'll notice a few elements that confirm it as an electric version.

The most obvious sign is the lack of exhaust tips. The prototype also has a sealed-off grille, along with a unique front fascia that's also mostly sealed off since there's no engine to cool—a design often found on EVs due to its aerodynamic efficiency benefits.

Earlier prototypes have been spotted in Korea plugged in at charging stations, though it was never clear if these were for a battery-electric G80 or a plug-in hybrid version. We now know it's the former.

It isn't clear what platform underpins the vehicle. The likely bet is a modified version of the G80's platform known as M3. The aluminum-intensive design is also found in the GV80 SUV.

According to reports out of Korea, the electric G80 will be badged an eG80 and offer a range approaching 300 miles. The batteries are likely to be sourced from fellow South Korean firm SK Innovation, which has been picked to supply batteries for upcoming EVs from Hyundai and Kia.

Hyundai has a goal to sell one million EVs across the Hyundai, Kia and Genesis brands by 2025. At Genesis, we know of at least two EVs in the works. One is this eG80 which will target the Tesla Model S. The other is a compact hatch to target the Tesla Model 3. Both are due in 2021, meaning we should see them arrive as 2022 models.

We've also heard rumors of an electric SUV and an electric coupe in the works at Genesis. The SUV could potentially be related to the Hyundai Ioniq 7 SUV due in early 2024. As for the coupe, this was tipped to be a production version of 2018's Essentia Concept, but the project now looks to be on hold.