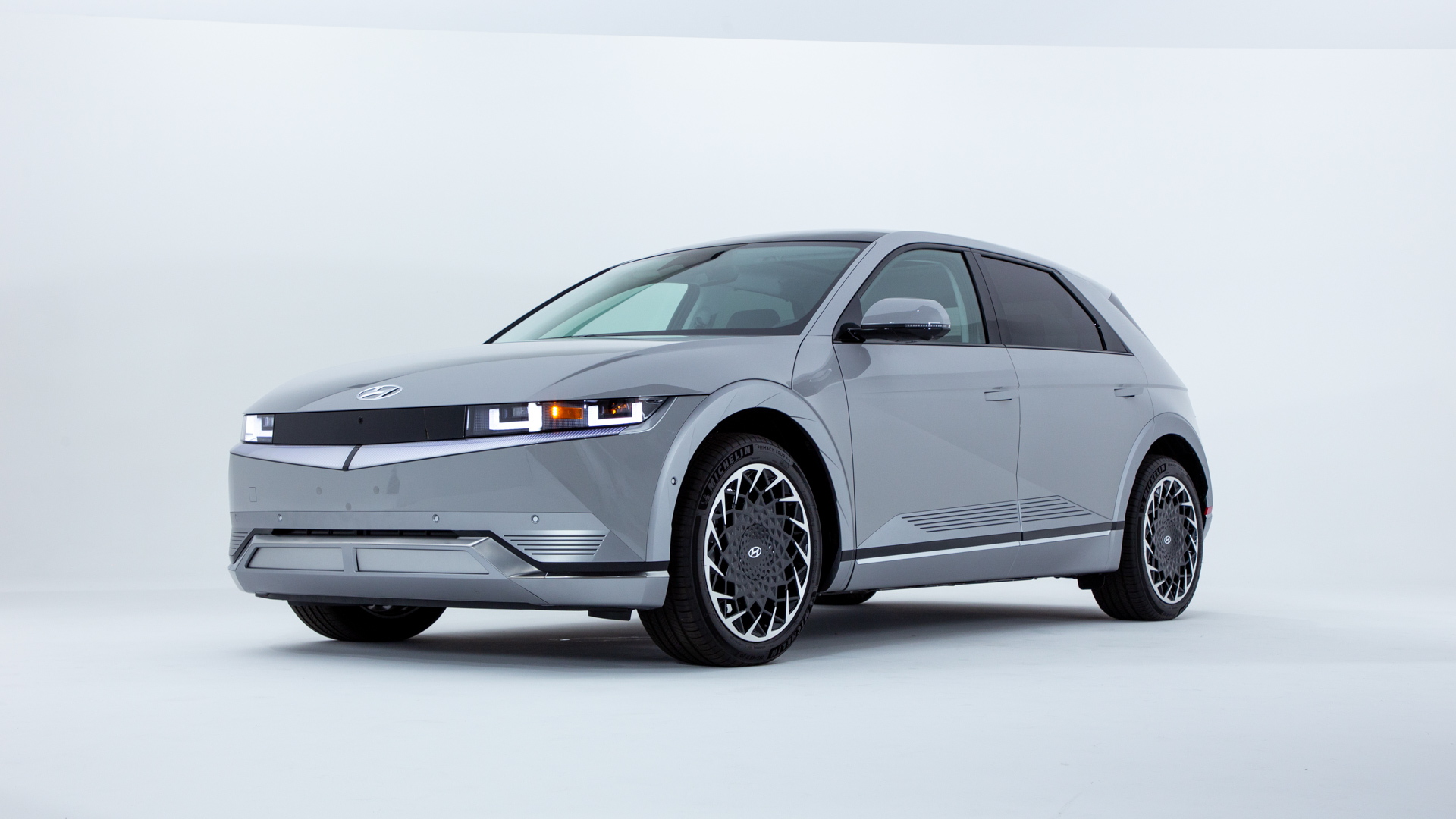 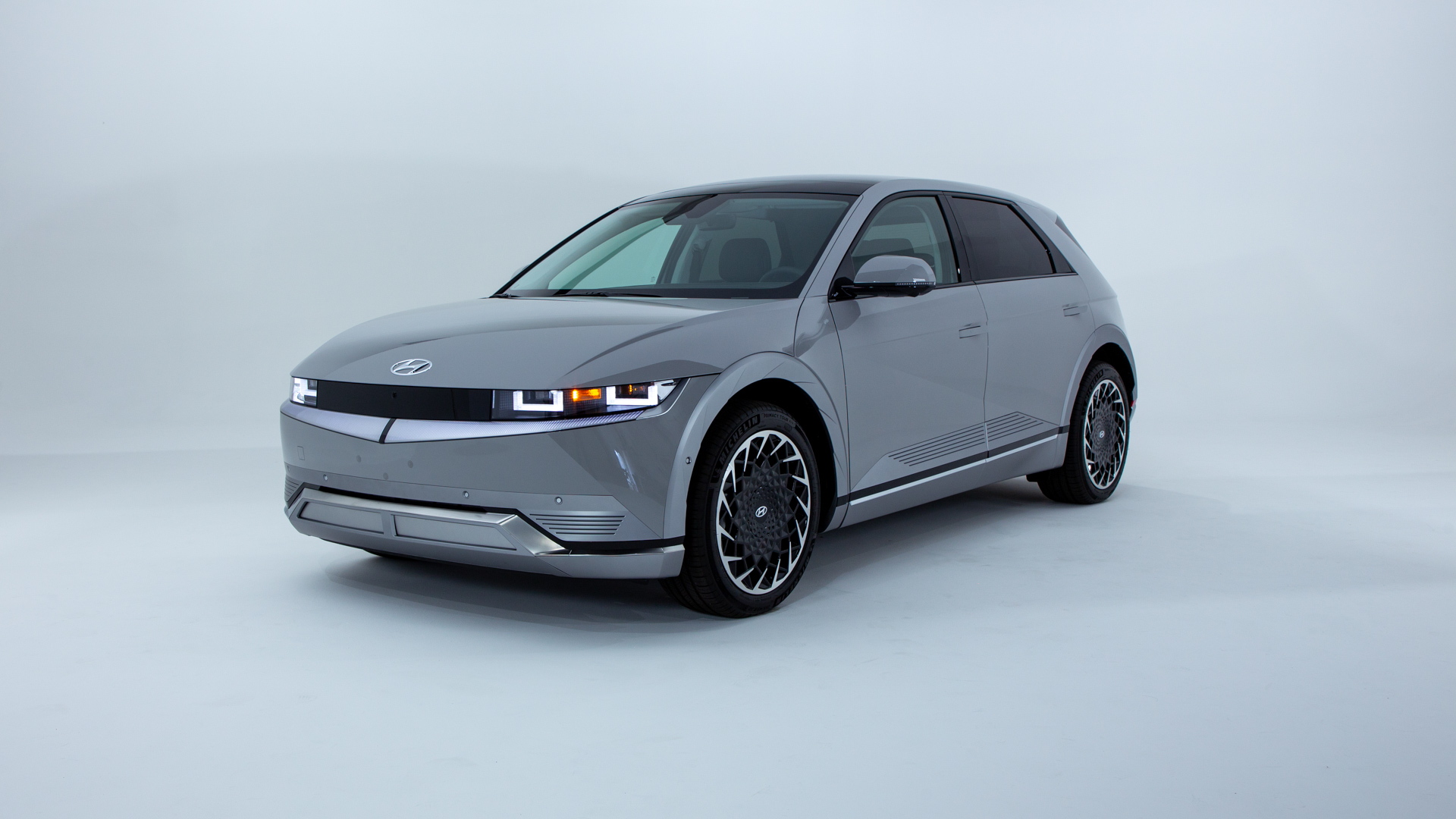 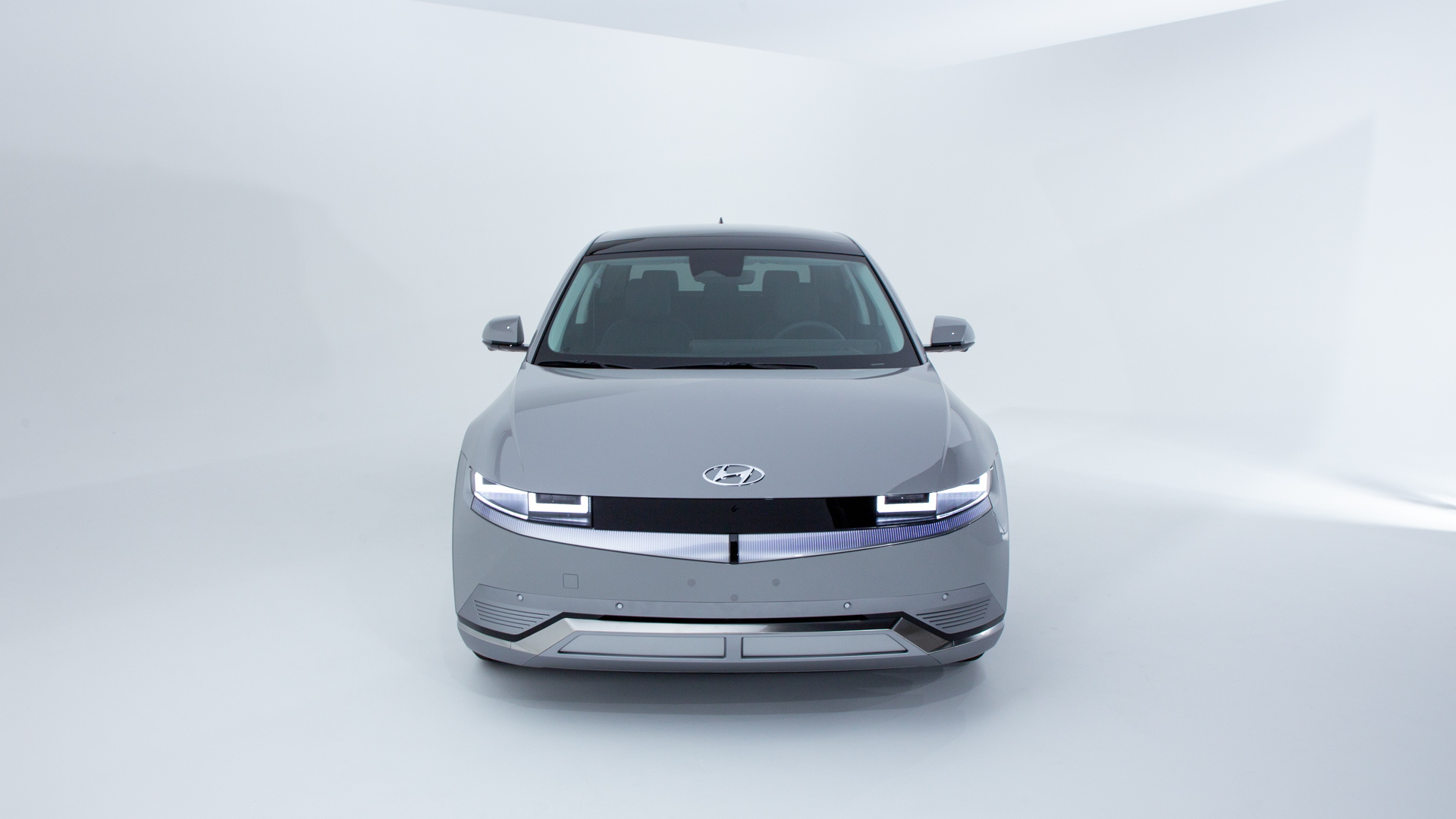 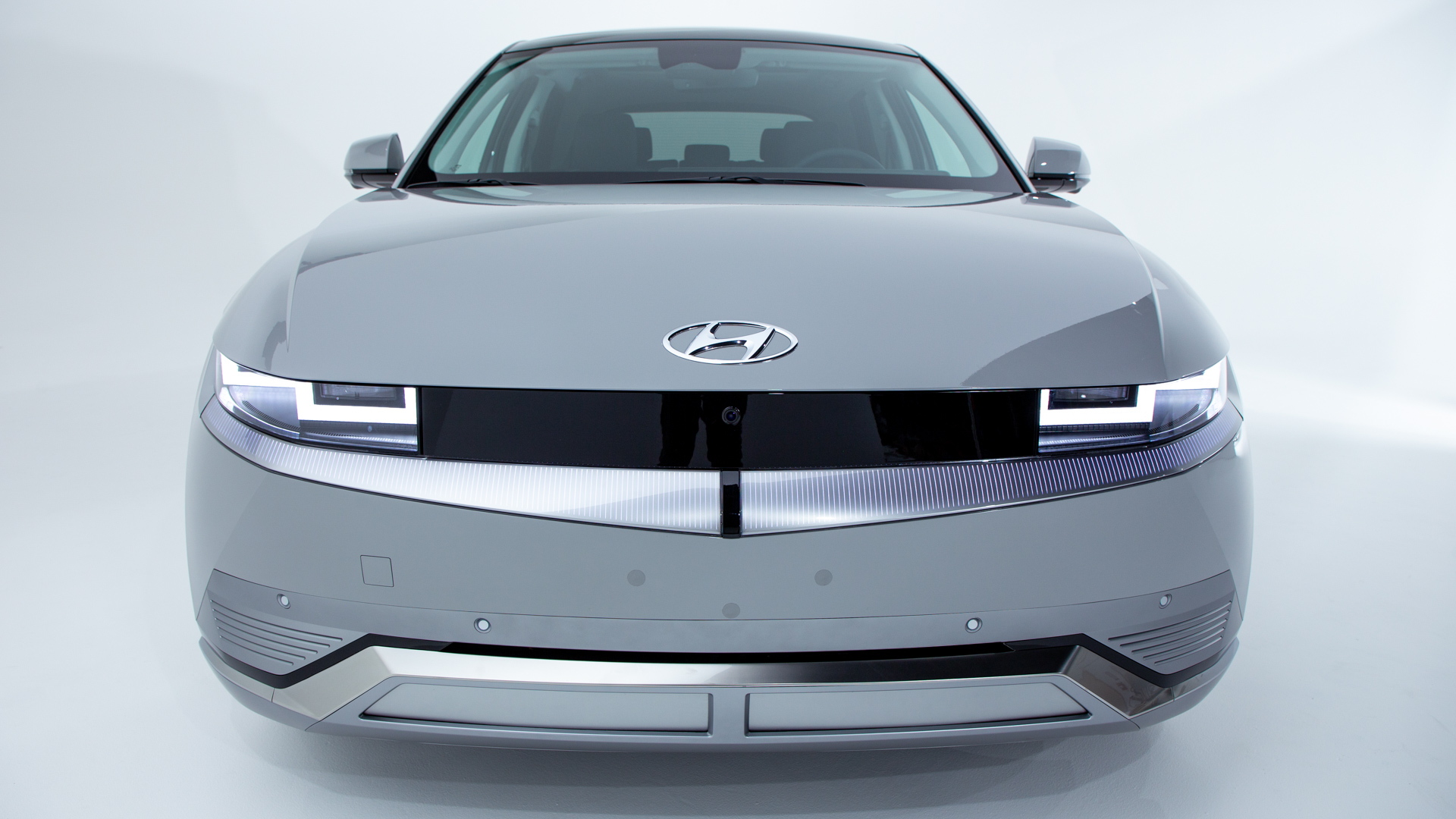 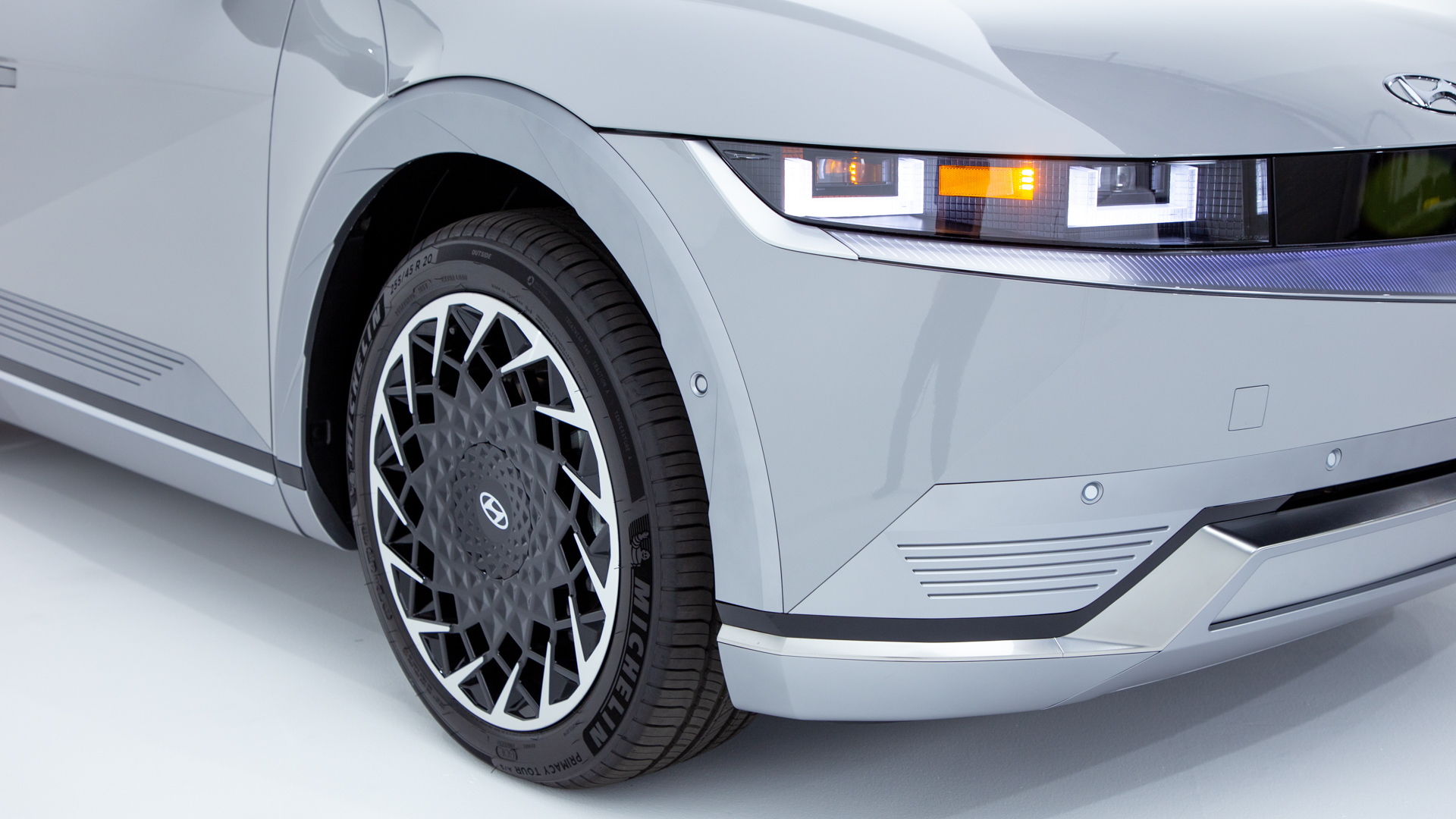 Hyundai last summer established the sub-brand Ioniq for its future electric vehicles (the name was taken from Hyundai's current Prius rival), and in February the covers came off the first member of the new EV family: the 2022 Hyundai Ioniq 5.

Hyundai this week provided details on what U.S. buyers can expect. Set to go on sale this fall, the Ioniq 5 is a smallish battery-electric crossover that will go up against the Volkswagen ID.4, Tesla Model Y and Ford Mustang Mach-E, as well as the related Kia EV6. Another contender arriving soon is the Nissan Ariya.

The Ioniq 5 has a boxy, almost wedge-like look that echoes the Giugiaro-designed Pony Coupe concept of 1974, which later spawned the first Hyundai. There are also cool elements like lights made up of individual pixels and a clamshell hood that spans the width of the car.

Underpinning it is Hyundai Motor Group's new E-GMP dedicated EV platform, a skateboard-style design with a single motor at the rear as standard and dual-motor all-wheel drive available for those who need it. While in most markets Hyundai will offer the Ioniq 5 with the choice between Standard Range (58 kilowatt-hours) and Long Range (77.4-kwh) batteries, we'll only get the bigger battery in the U.S. Look for the rear-wheel-drive Ioniq 5 to deliver up to 300 miles and the all-wheel-drive model to deliver up to 269 miles (EPA-rated figures will be announced closer to the market launch).

The all-wheel-drive model will have an output of 302 hp and 446 lb-ft of torque, and the rear-wheel-drive model will come with 215 hp and 258 lb-ft. The quickest Ioniq 5 sprints to 60 mph from rest in less than five seconds and all models have a top speed of 115 mph and tow capacity of 1,500 pounds. Hyundai said it is still deciding whether to develop a more extreme model via its N performance skunkworks.

The Ioniq 5 can support both 400V and 800V fast-charging, and its multi-charging system will effectively step up the voltage with 400V hardware to achieve fast, stable charging. According to the automaker, the Ioniq 5 can get from a 10% charge to 80% in just 18 minutes, and as a bonus, buyers will receive two years of complimentary charging with Electrify America.

The Ioniq 5 has also been designed with bi-directional charging and as a result can supply a continuous 3.6 kilowatts, which can be ideal when camping or during a blackout. Power connectors can be found under the rear seats and at the charging port on the exterior of the vehicle.

The Ioniq 5 is about 182 inches long which makes it roughly five inches shorter than the Model Y, though the Hyundai has the longer wheelbase. That wheelbase, Hyundai is keen to point out, amounts to lots of space for five adults. Cargo space is ample, too—18.8 cubic feet in back, or 56.2 cubic feet with the seats folded. A wide, configurable cockpit features individual 12-inch screens for the instrument cluster and infotainment hub. Augmented reality head-up display technology is also included, as are multiple electronic driver-assist features including semi-autonomous highway and parking assist features.

Hyundai has already confirmed two additional vehicles based on the E-GMP platform and slotting in the Ioniq family. One is an Ioniq 6 sedan based on last year's stunning Prophecy concept. It's due in 2022. Another is an Ioniq 7 large SUV due in 2024. Together with fellow Hyundai Motor Group brands Kia and Genesis, we should a total 23 battery-electric cars introduced by 2025.