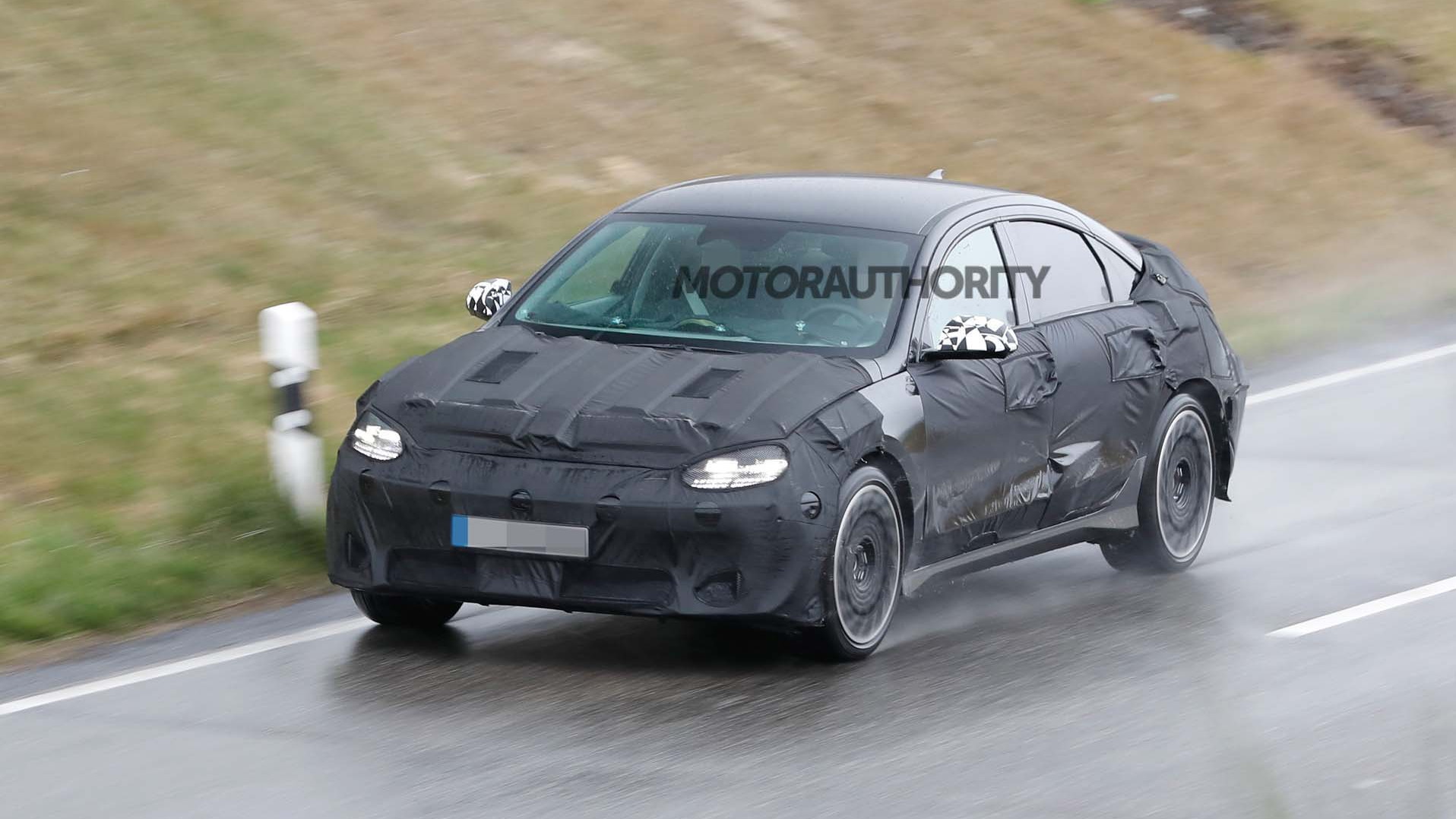 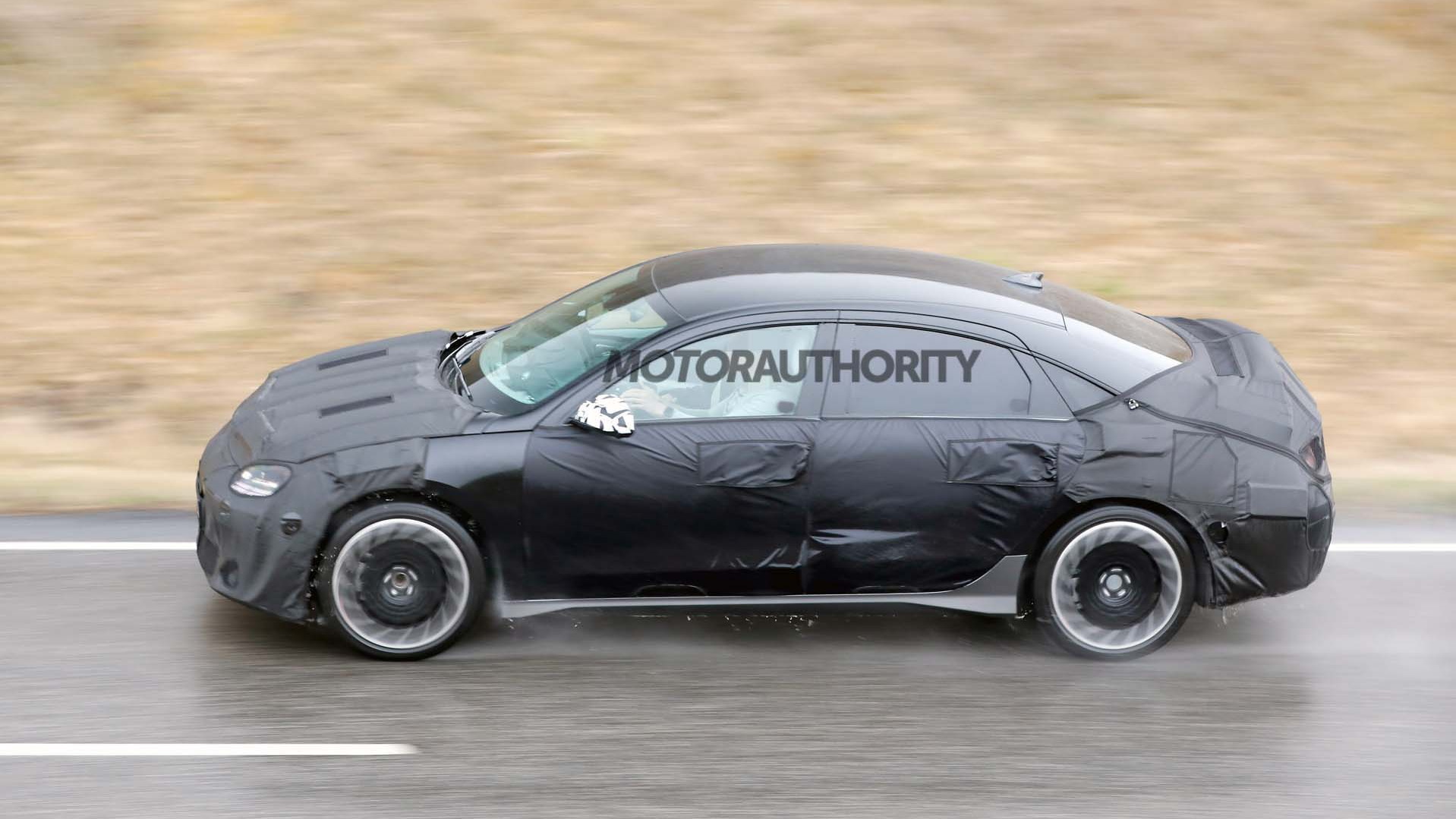 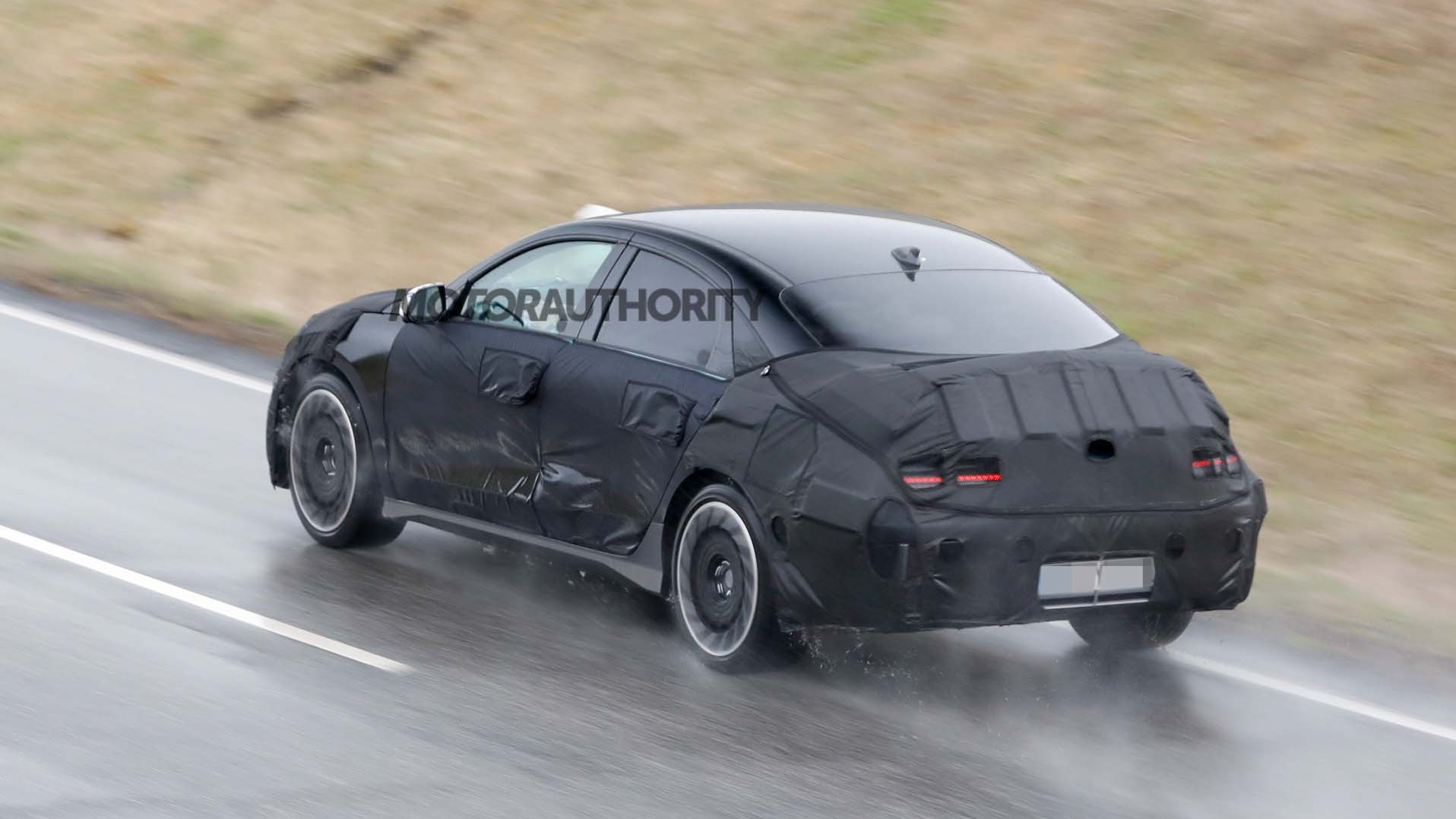 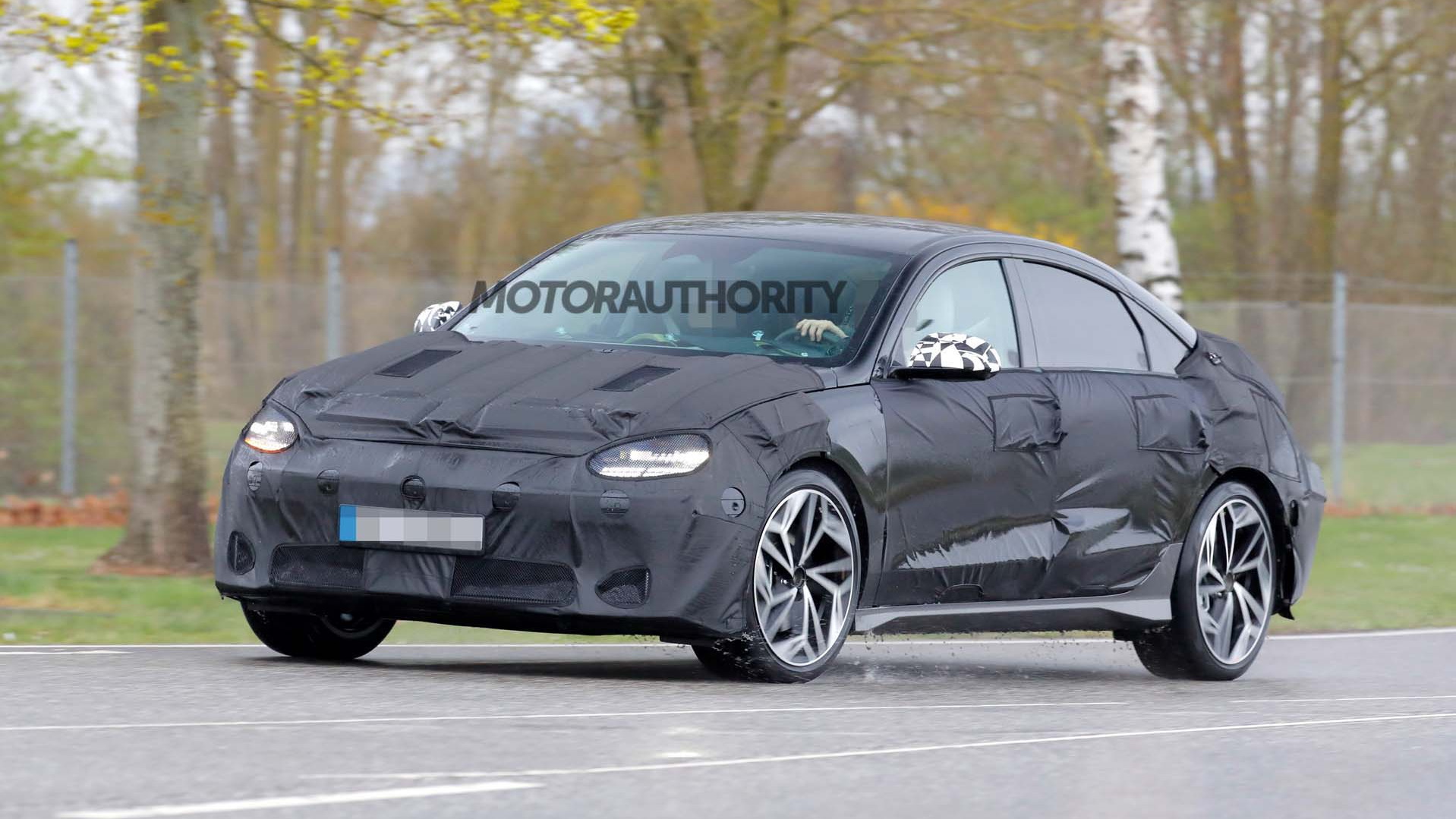 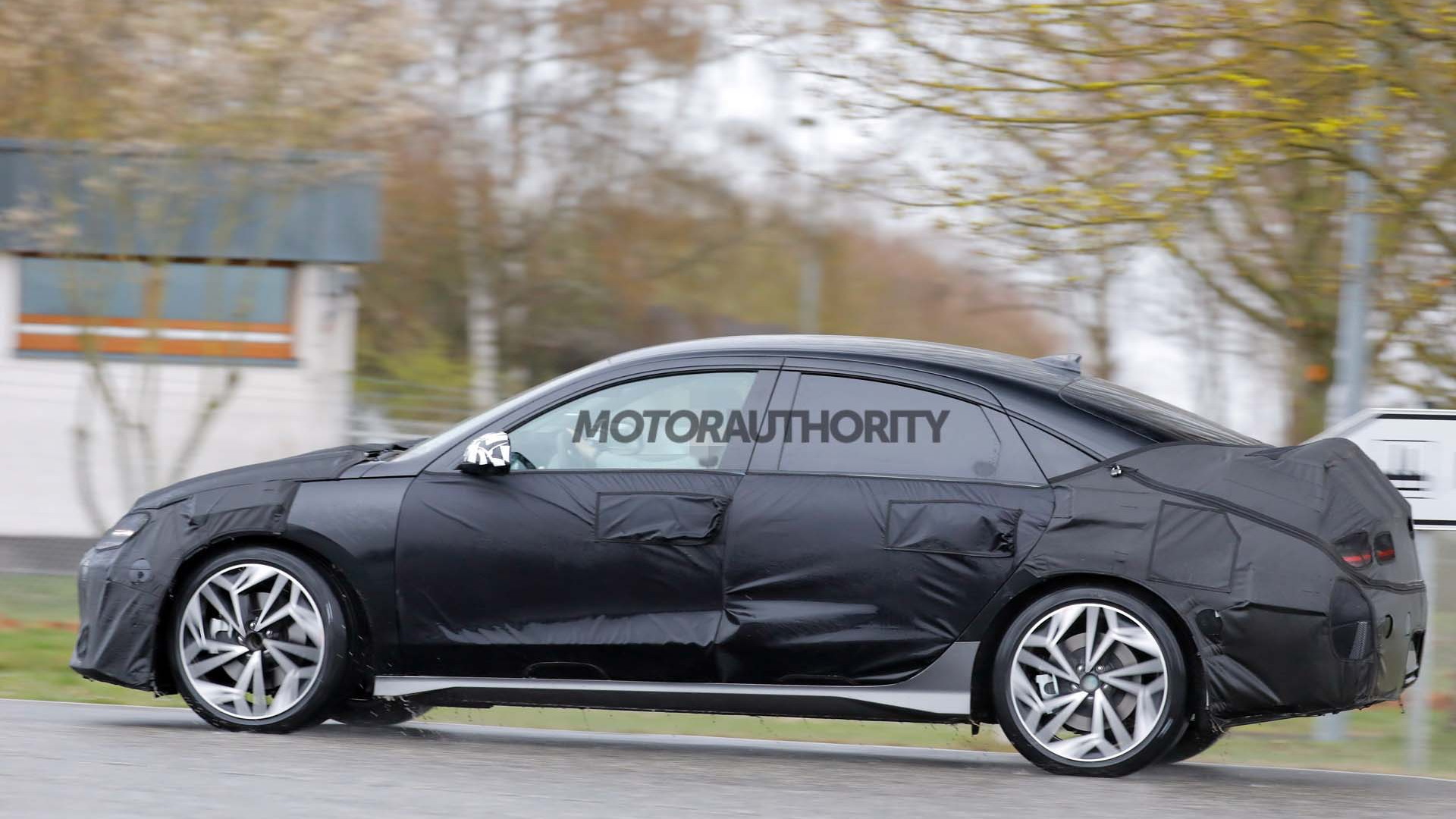 Hyundai has been spotted testing a prototype for a compact electric sedan to be called the Ioniq 6.

While it may look like a modern interpretation of the Dodge Neon under the heavy camouflage gear, the final design is expected to resemble the stunning Hyundai Prophecy concept unveiled in 2020.

Some of the more unusual features of the Prophecy concept, such as the joystick steering, won't make it to production. But some of the concept's styling features, such as pixel-style lights and propeller-inspired wheels for reducing air resistance, can be seen on the prototype.

The Ioniq 6 will be revealed soon, meaning we should see it arrive as a 2023 model. It will feature Hyundai Motor Group's E-GMP modular EV platform that debuted in the Ioniq 5 and is also shared with the related Kia EV6 and Genesis GV60. The platform will also underpin a large crossover Hyundai will launch in 2024, likely as the Ioniq 7.

The platform supports a 0-60 mph time of less than 3.5 seconds, top speed of 161 mph, and range approaching 300 miles. Those figures could be reserved for an Ioniq 6 N performance range-topper, a model Hyundai has teased in the past. Hyundai is already working on an Ioniq 5 N, and there's already the Kia EV6 GT with 576 hp on tap.

The E-GMP platform also features an 800-volt electrical system, which makes charging at high kilowatt ratings possible—we're talking an 80% charge in 18 minutes. Another feature is bi-directional charging, which enables E-GMP vehicles to power devices and homes and even charge other EVs. 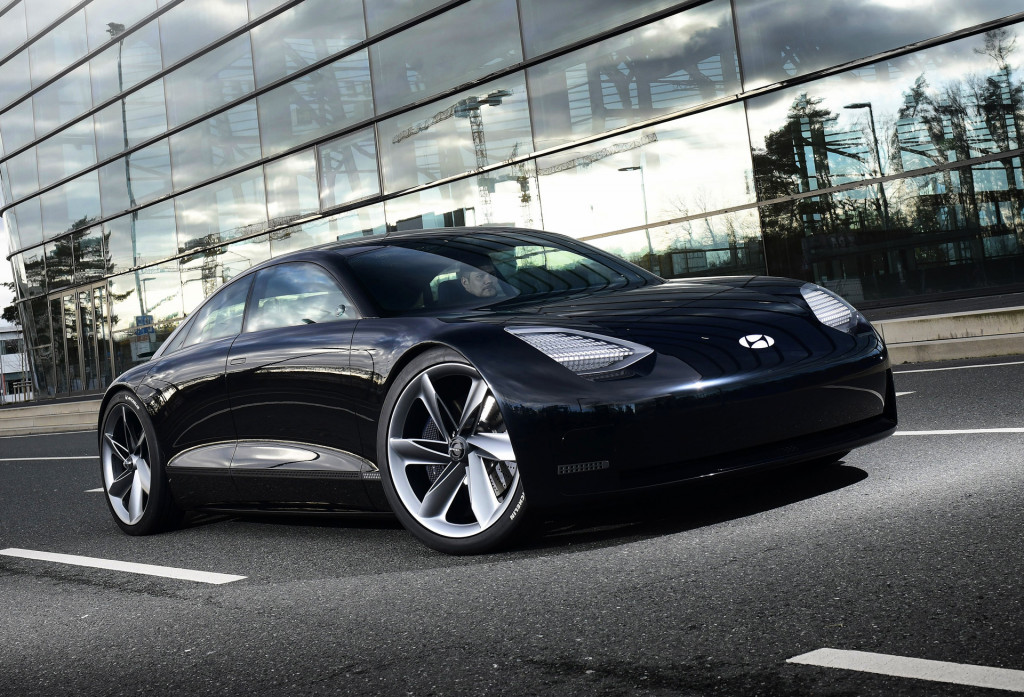 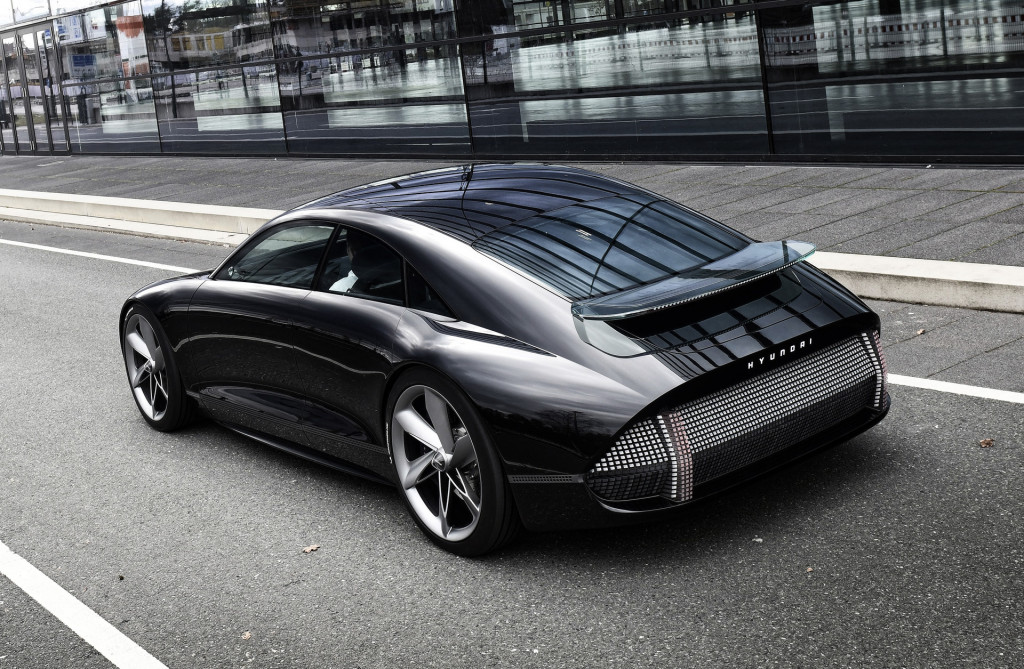 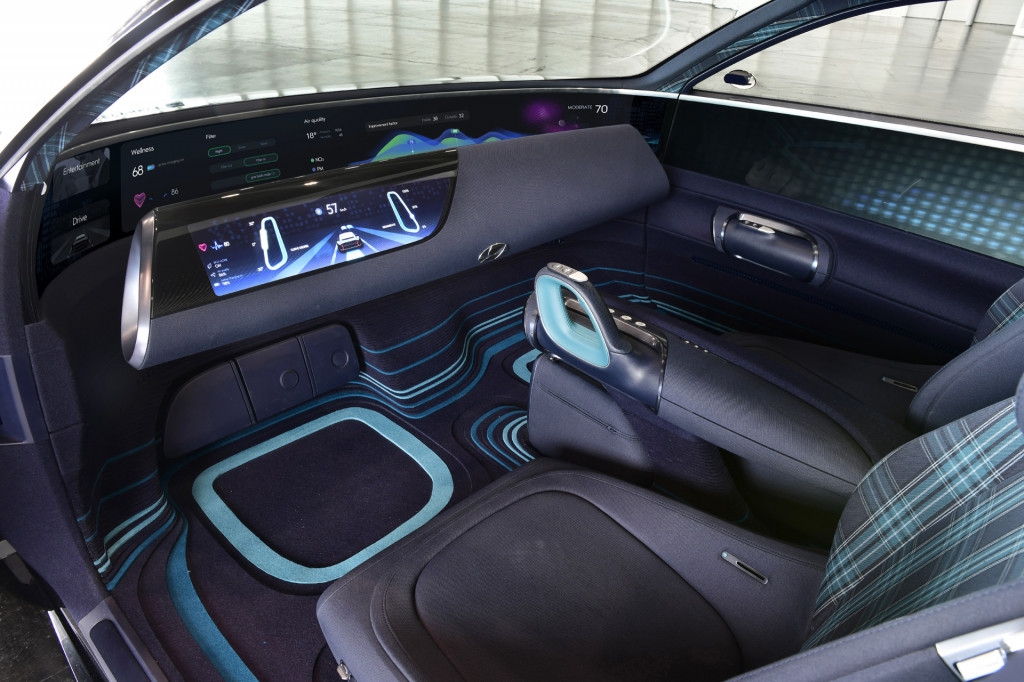 Hyundai hasn't confirmed the Ioniq 6 for the U.S. but there's a good chance we see it here. It may even be built here, as Hyundai in 2021 announced plans to invest $7.4 billion in its U.S. operations through 2025, with the bulk of this to be spent on adding EV production.

The Ioniq 6 will directly rival the Tesla Model 3, and to a lesser extent the more premium BMW i4 and Polestar 2.

Stay tuned for more details on the Ioniq 6 as development continues.