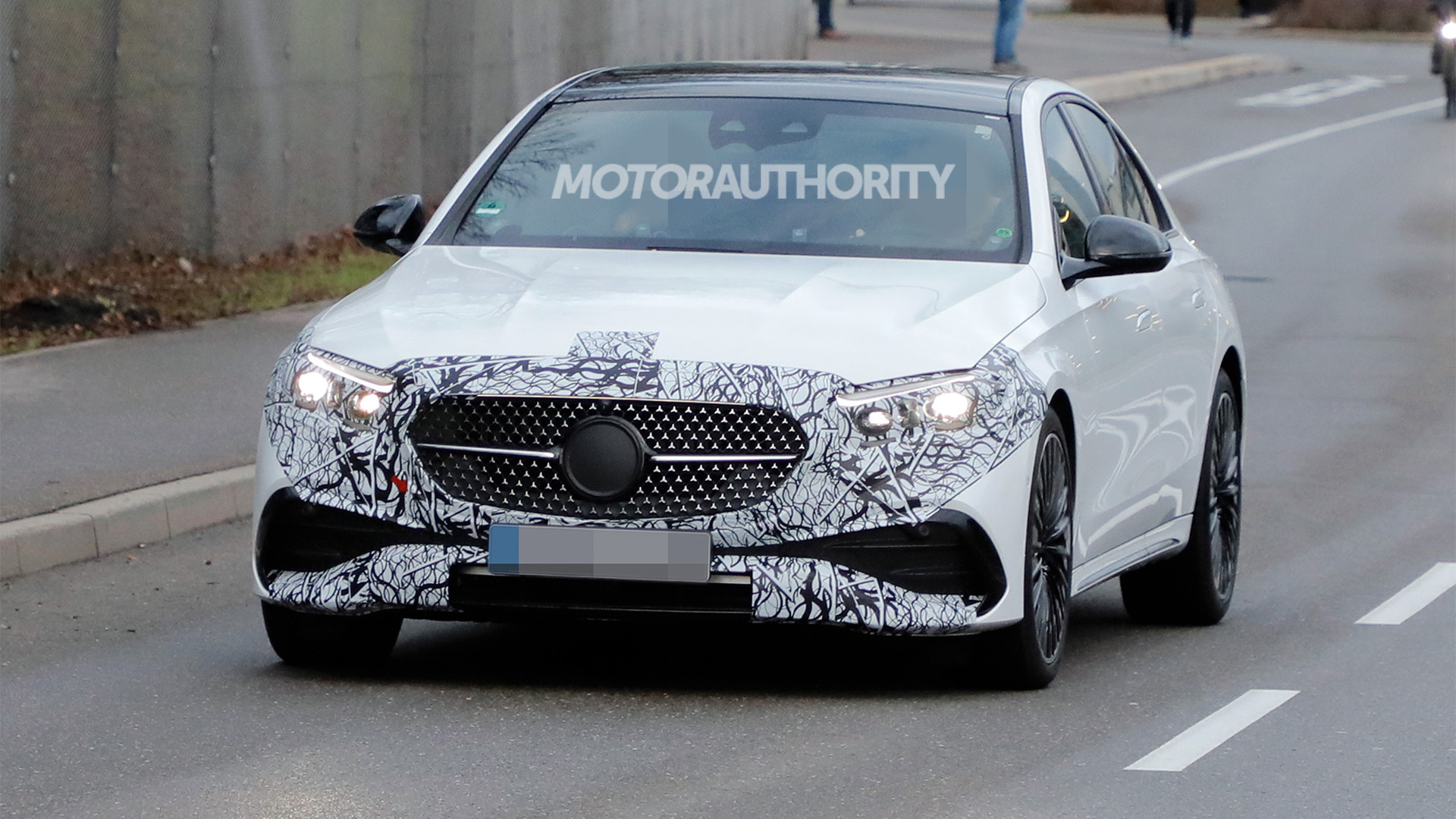 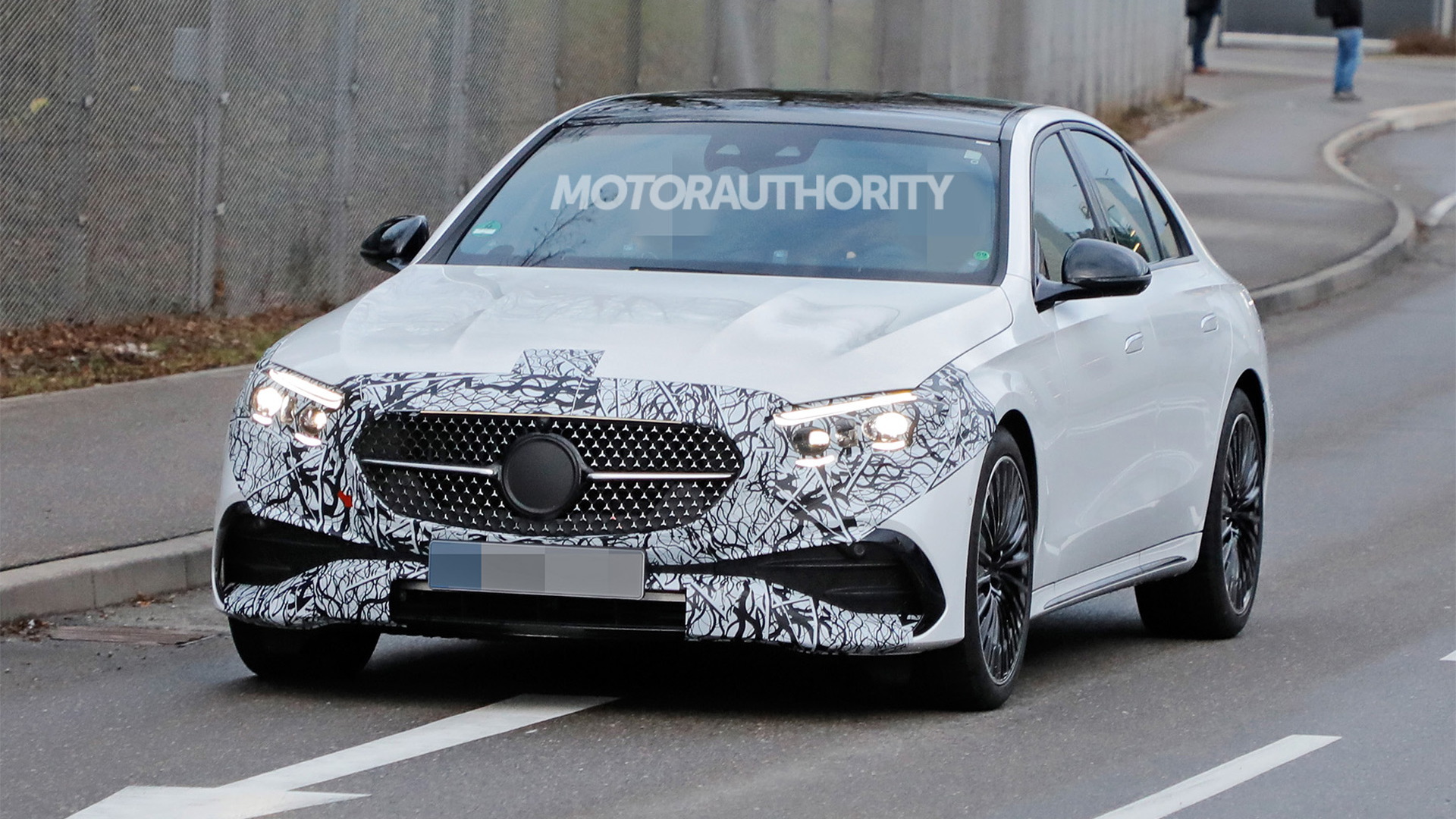 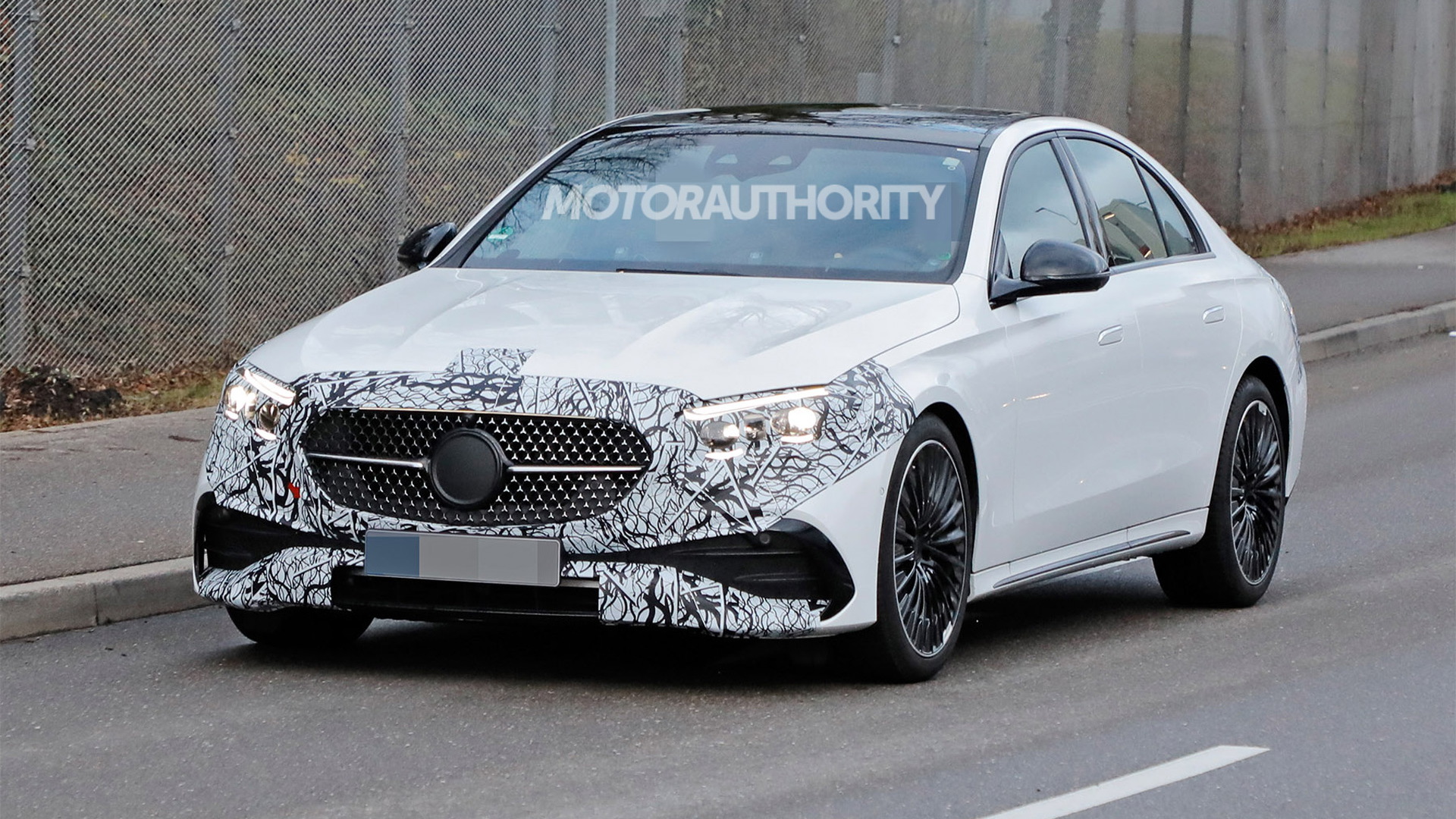 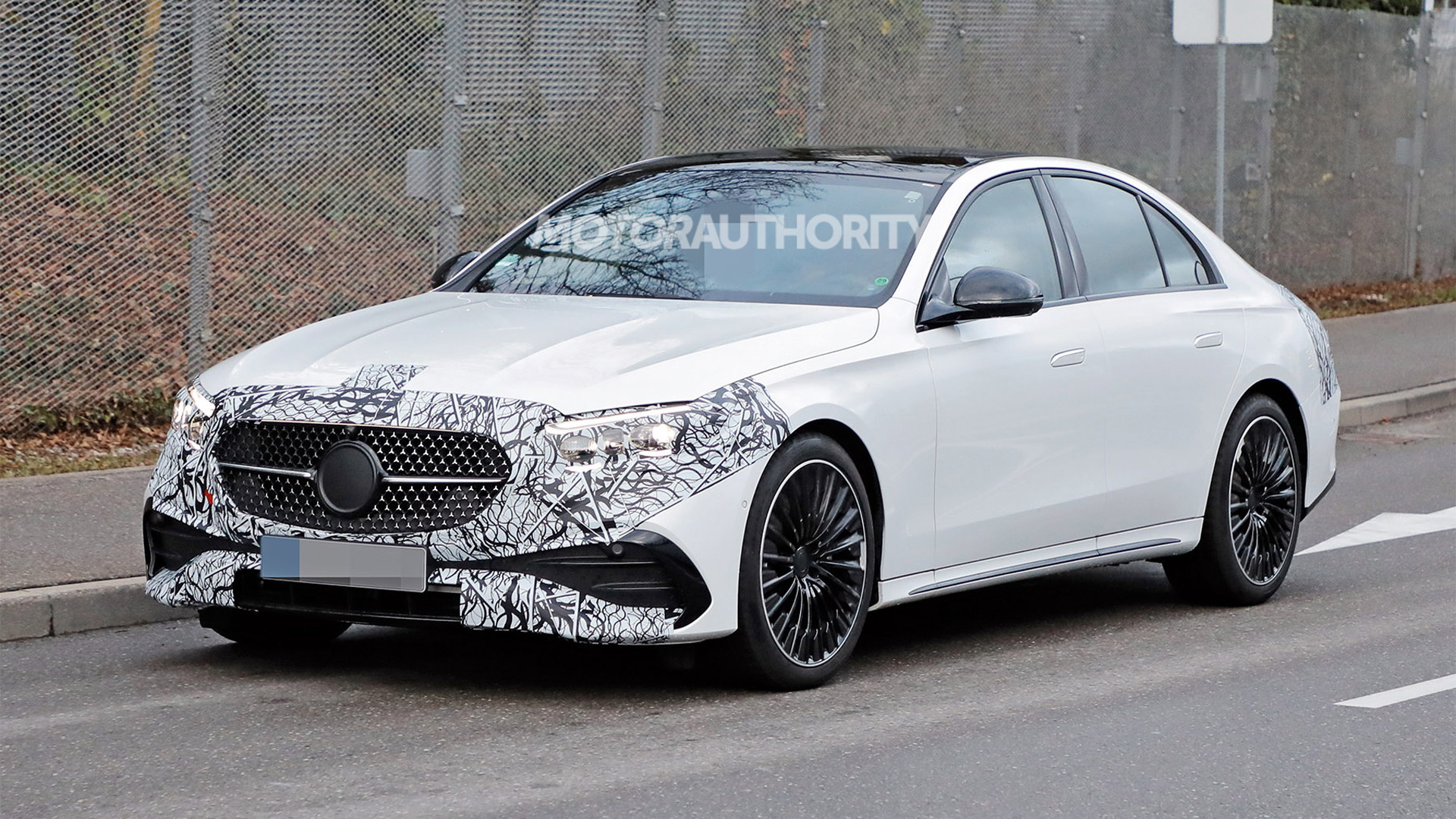 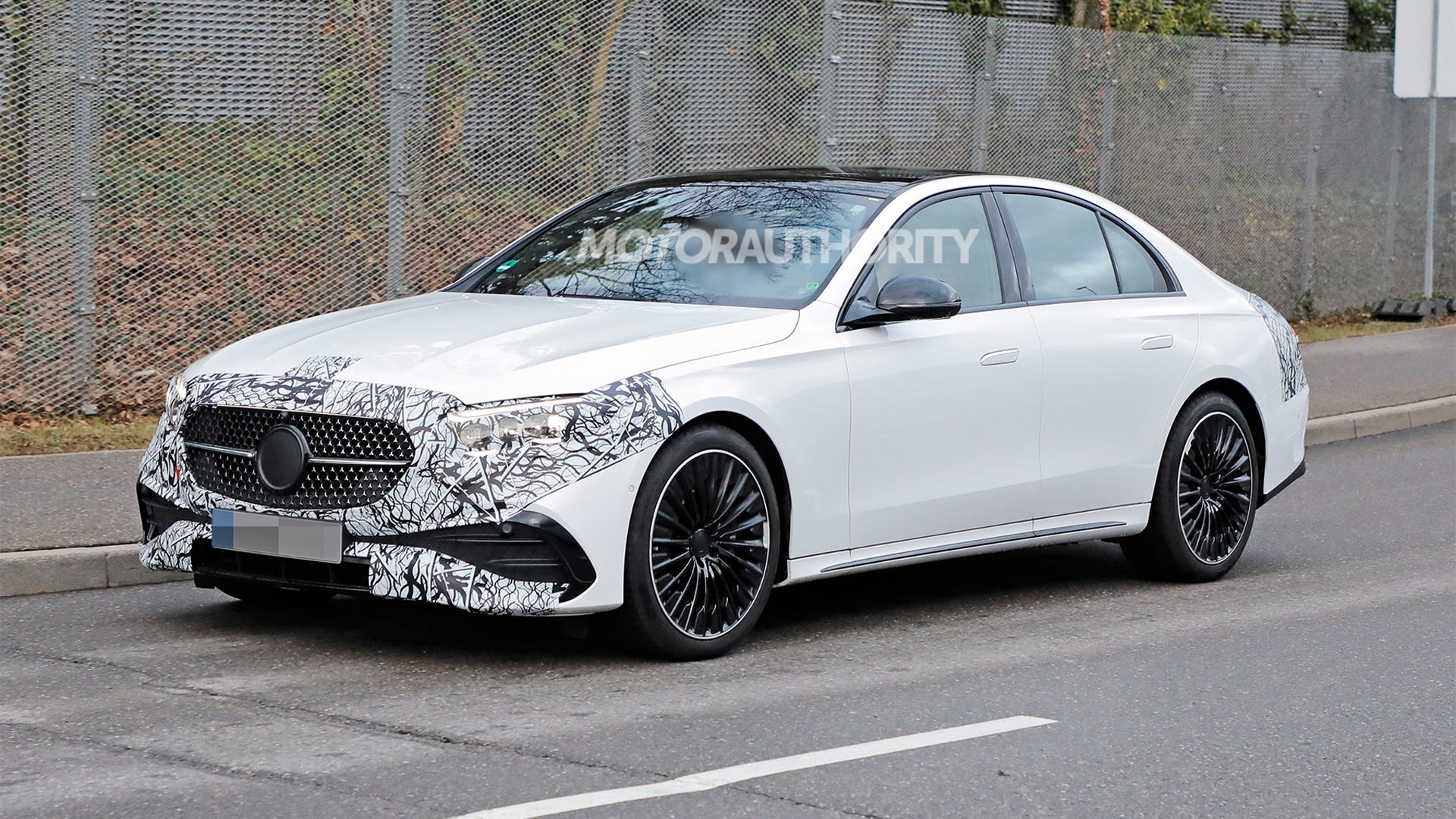 A prototype for a redesigned Mercedes-Benz E-Class has been spotted testing again, this time in sedan guise.

The current E-Class arrived for the 2017 model year and was given a mid-cycle update for 2021. In Mercedes tradition, the redesigned E-Class should arrive in 2023 as a 2024 model.

It appears the design is taking on a more dynamic look, as the roof line looks a little more sloped at the rear than on the current model. With rumors that both the CLS-Class and GT 4-Door Coupe aren't getting replacements, perhaps designers were free to make the E-Class look a bit sportier.

The platform is the updated version of Mercedes' MRA rear-wheel-drive architecture that debuted in the 2021 S-Class and has since appeared under the 2022 C-Class. The updated platform benefits from weight savings, primarily through increased use of aluminum over steel. This has been made possible due to advanced joining technologies, including aluminum-to-steel welding.

The platform hasn't been designed to fit battery-electric powertrains, though electrified powertrains should be used across the range, including for the eventual E 63 from AMG. The E 63 could potentially end up with the same V-8-based hybrid system that debuted in the 2023 GT 63 S E Performance 4-Door Coupe. The system can deliver a max 843 hp and 1,033 lb-ft of torque. However, there are also rumors the next E 63 might downsize to a 4-cylinder, just like the 2024 C 63 S E Performance, which combines a 2.0-liter turbo-4 with a sophisticated hybrid system to spit out a maximum 671 hp.

Given that Mercedes just launched the 2023 EQE electric sedan, and has made a commitment to a full-electric lineup by 2030, this will probably be the last E-Class to feature internal-combustion engines.

A redesigned E-Class Wagon is also coming, both in regular and All-Terrain guises. Don't look for another generation of the two-door E-Class variants, though. Mercedes is preparing a new CLE-Class to replace both the C-Class and E-Class coupe and convertible models. It should debut about the same time as the new E-Class.