Hyundai Motor Group, which covers the Hyundai, Genesis and Kia brands, on Thursday announced a $7.4 billion investment in the United States through 2025.

The bulk of the investment is to add production of electric vehicles to HMG's existing production network in the U.S., with the first EV due to start production here in 2022.

HMG said the first EV will be made at Hyundai's plant in Montgomery, Alabama, currently home to Elantra, Sonata, Santa Fe and Tucson production. The recently revealed Santa Cruz pickup truck will also be built at the plant.

EVs are also expected to be built at Kia's plant in Westpoint, Georgia, though details are yet to be finalized.

HMG said it will finalize plans for further EV production in the U.S. pending marketing conditions and the outcome of government policy toward promoting EVs. The Biden administration in March announced an infrastructure plan that earmarked $174 billion for the promotion of EVs, including potentially investing in charging stations and offering consumer rebates for U.S.-built vehicles. 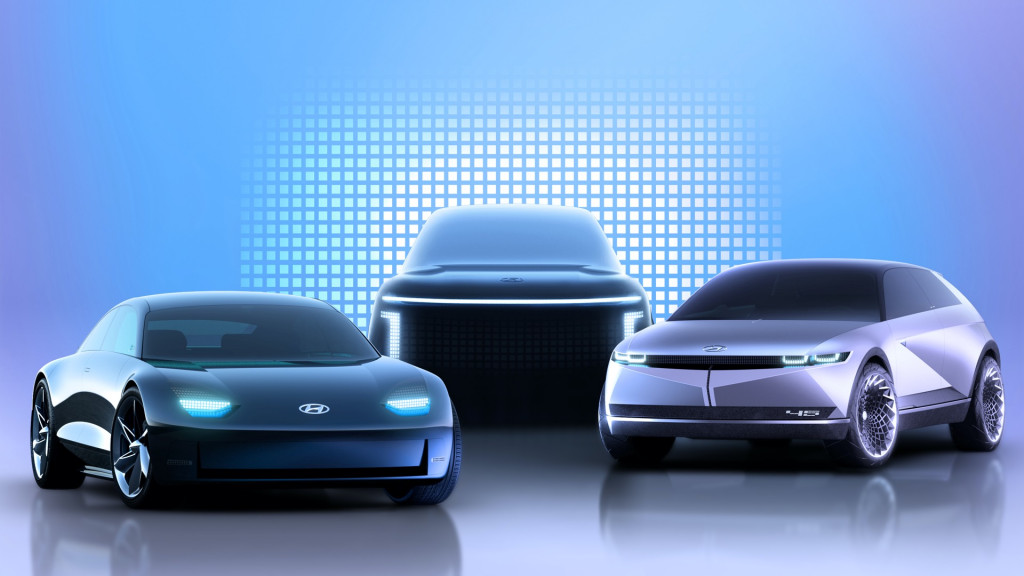 In addition to EVs, HMG's new investment will also allocate funds for development of hydrogen infrastructure. Part of this will be used to advance hydrogen fueling and fuel-cell powertrains for transport trucks. Hyundai is working closely with truck powertrain expert Cummins in this area.

In the area of self-driving cars, HMG and automotive supplier Aptiv in 2020 established the Motional self-driving technology company. Motional is currently testing prototypes, primarily in Nevada, and aims to have its first commercial self-driving taxi service up and running in 2023.