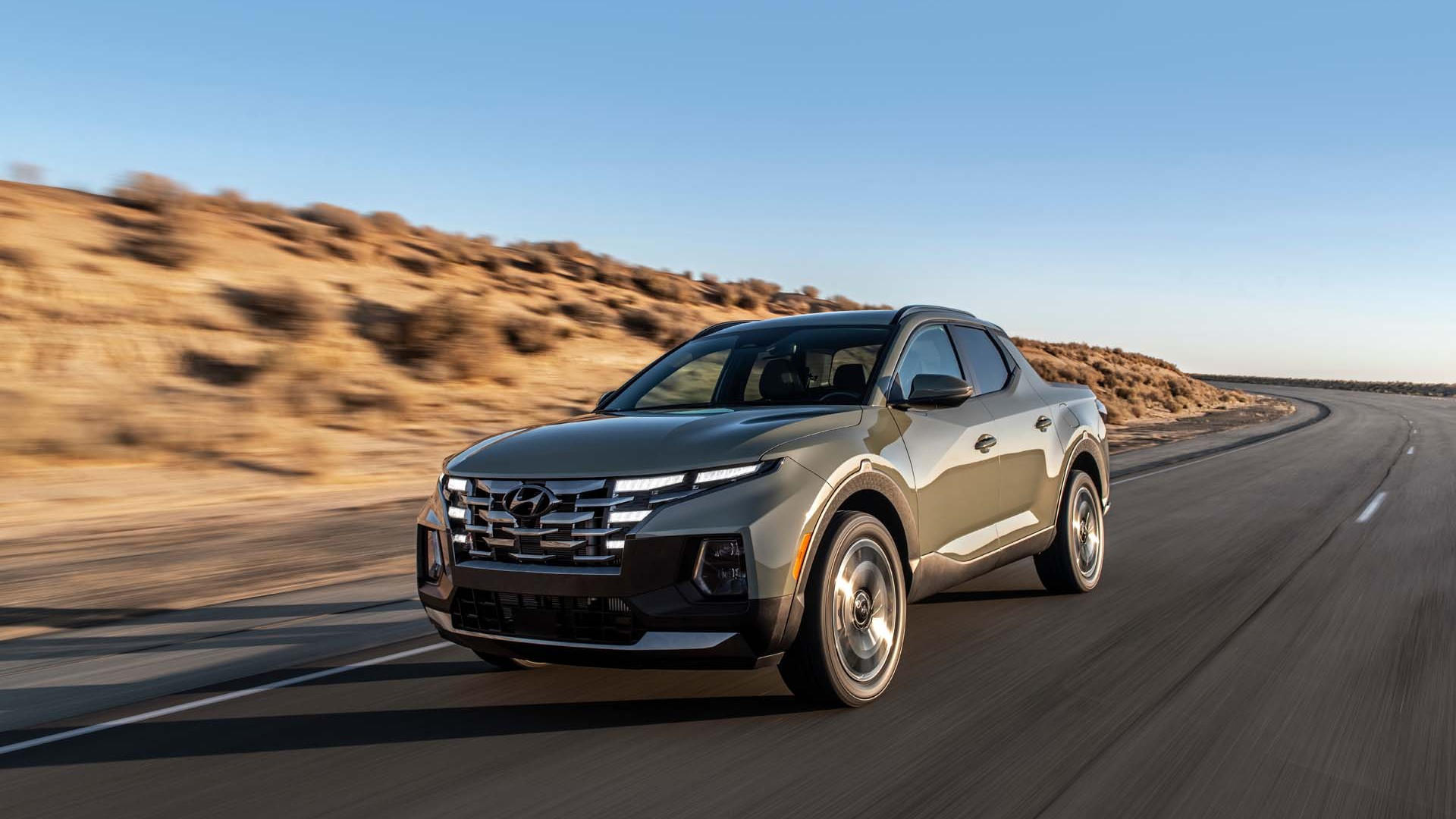 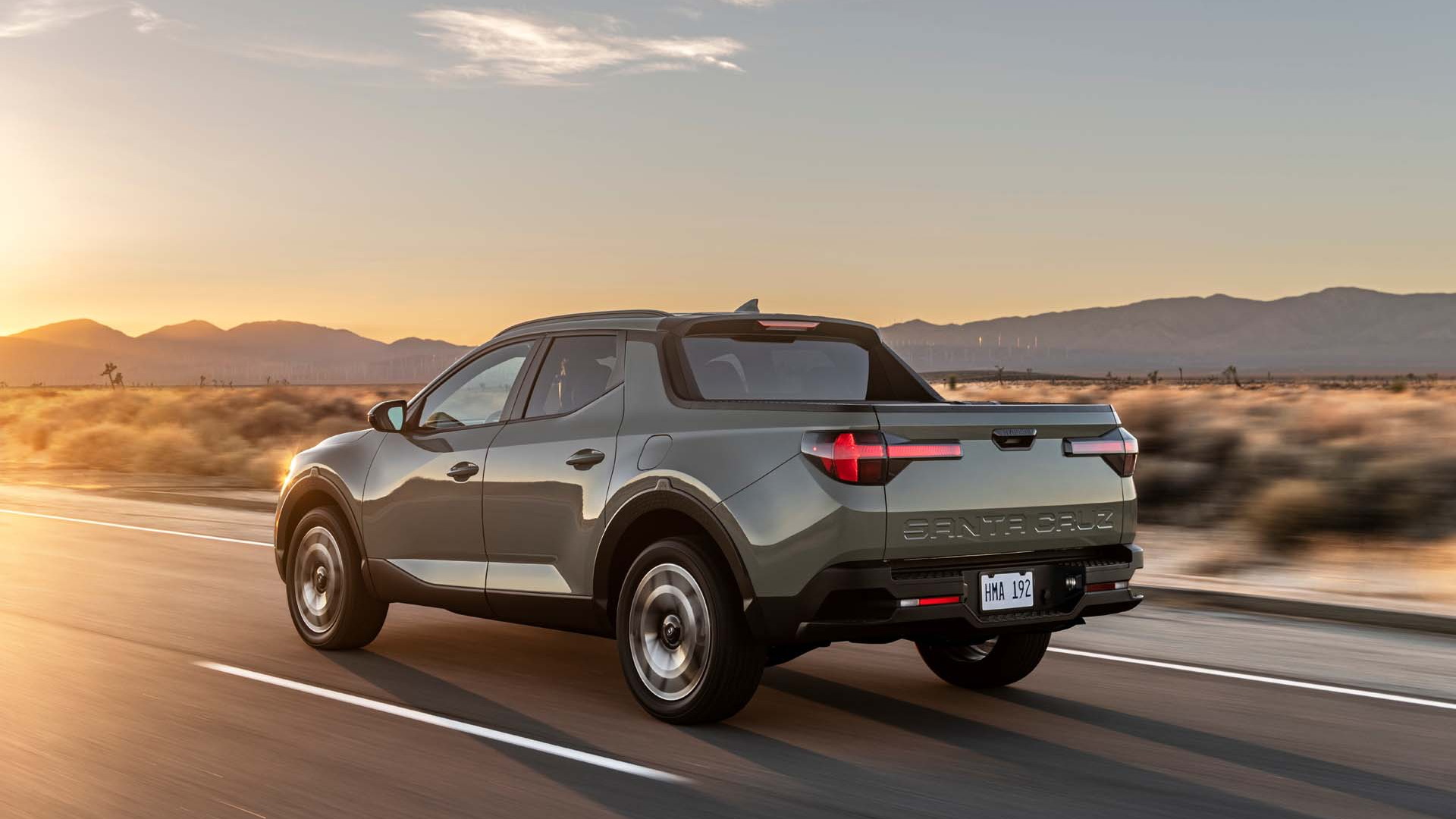 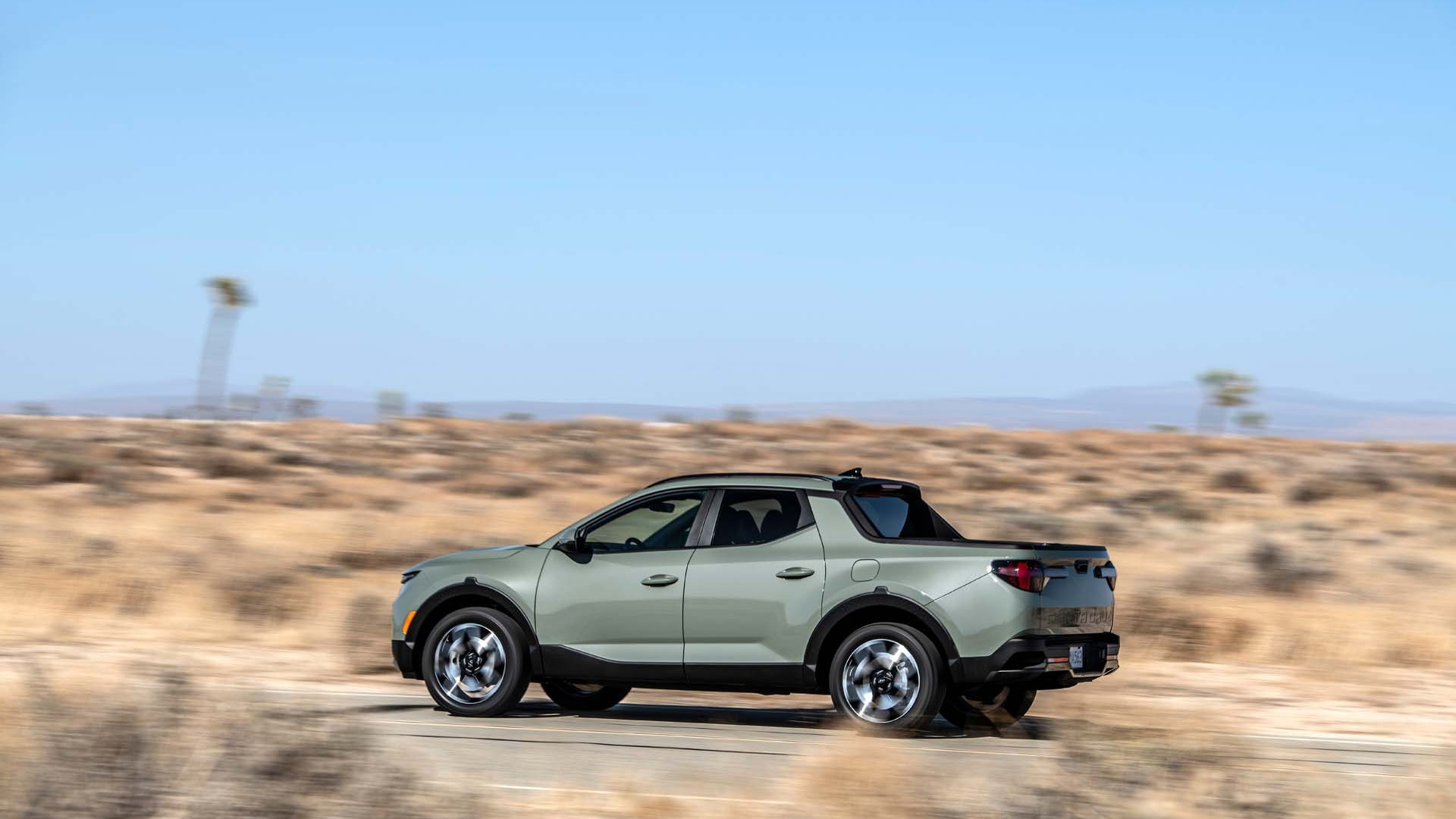 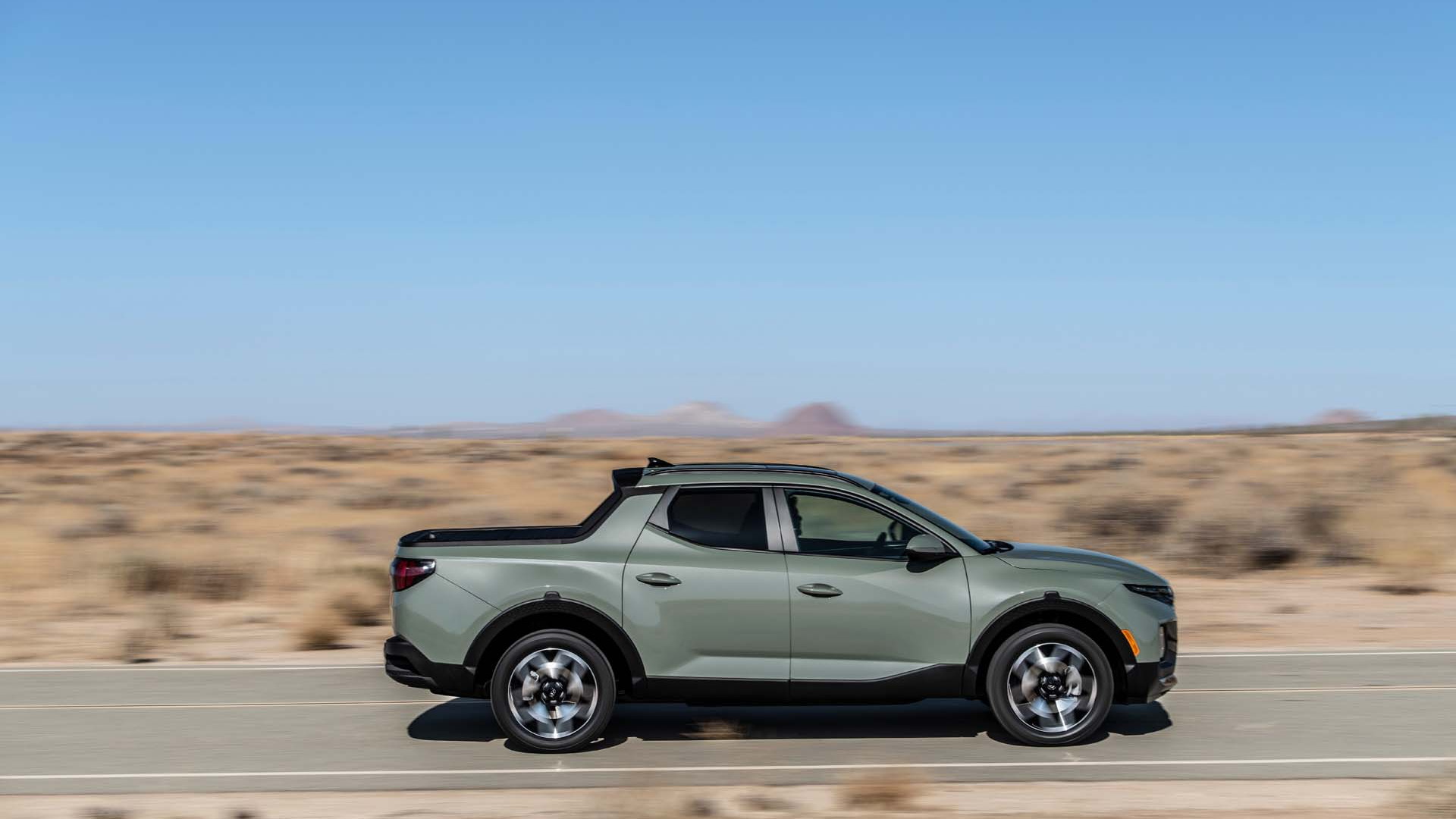 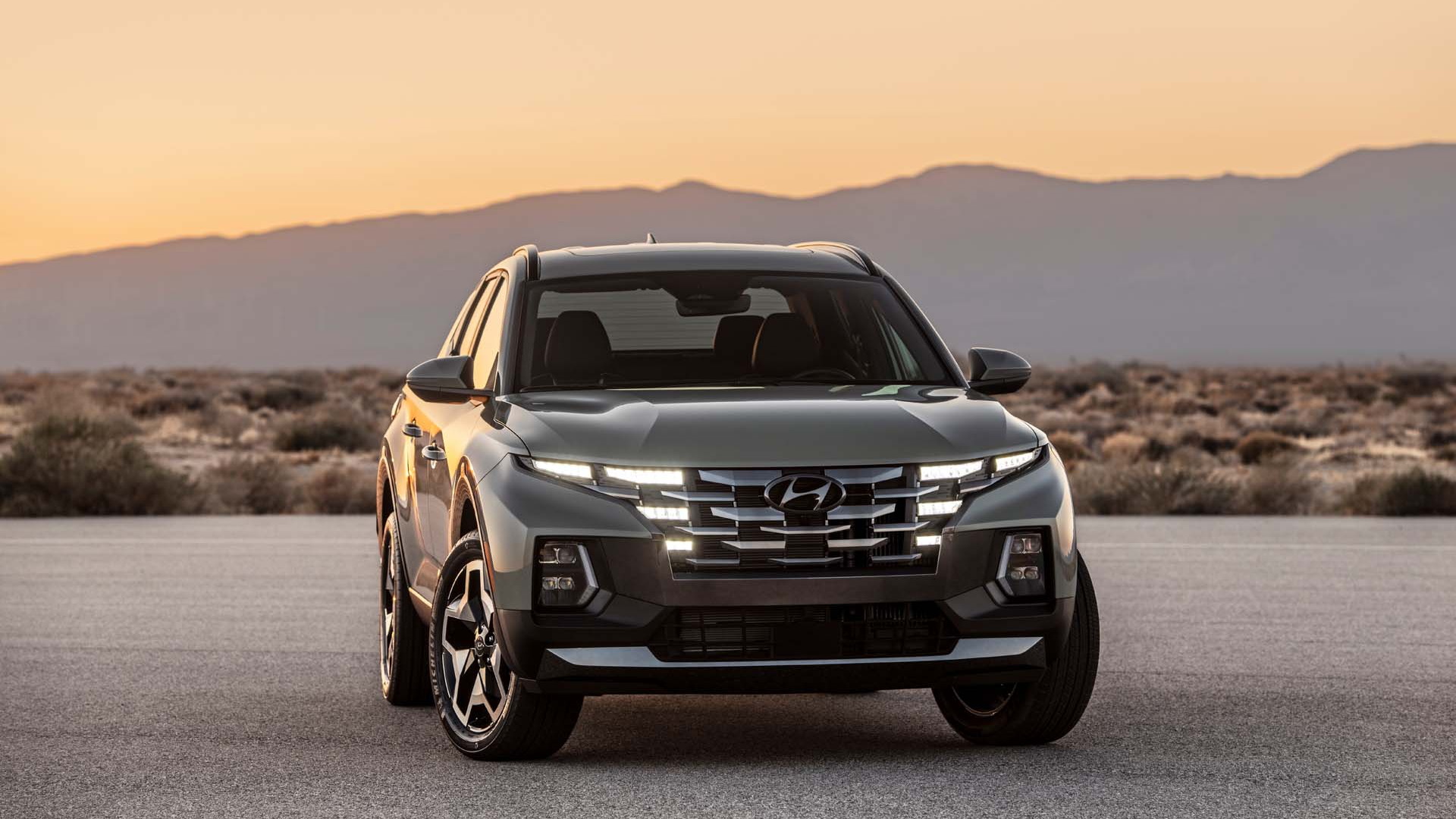 f you can't beat 'em, build pickup trucks to join 'em. That's what Hyundai is doing with its new 2022 Santa Cruz which was revealed on Thursday ahead of the sales launch this summer.

Hyundai first previewed the compact pickup in 2015, when it rolled out a concept of the same name, and for a while it wasn't certain the concept would make the transition to production. Given the strong interest in pickup trucks, both as a workhorse and lifestyle vehicle, Hyundai has likely made the right decision.

Production of the Santa Cruz will be handled at Hyundai's plant in Montgomery, Alabama. The plant is where the Elantra, Sonata, Santa Fe and new 2022 Tucson are bolted together, with the Tucson the closest to the Santa Cruz. Hyundai spent $410 million in preparing the plant for production of the compact pickup. Around 200 direct jobs will be created plus an estimated 1,000 at suppliers and related logistics companies.

The Santa Cruz is 195.7 inches long, making it between 15 and 20 inches shorter than popular mid-size pickups. This results in a much smaller bed; it measures about 50 inches long, which means you're aren't going to fit much construction gear here. This shouldn't come as a surprise as Hyundai said at the reveal of the Santa Cruz concept that the vehicle isn't an alternative to traditional pickup trucks, as it doesn't prioritize towing, payload, or ground clearance. Rather, Hyundai said it wants to appeal to crossover buyers who want the extra utility of a bed without having to opt for a bigger, body-on-frame truck.

The advantage is that the Santa Cruz will be easy to maneuver around town. It should also drive more like a car due to its unibody construction. Honda does the same for the larger Ridgeline pickup which is related to the Pilot crossover, and Ford also has a compact, car-based pickup coming shortly. It will be called a Maverick.

The Santa Cruz launches with two powertrain options. The base option will be a 2.5-liter inline-4 that will deliver over 190 hp and 180 lb-ft of torque, and will be hooked to an 8-speed automatic. Above this will be a 2.5-liter turbocharged inline-4 that will deliver over 275 hp and 310 lb-ft. It will come mated to an 8-speed dual-clutch transmission. All-wheel drive will be included. The system features a rear bias whenever the vehicle's Sport mode is activated. Hyundai quotes 3,500 pounds of towing for the naturally aspirated engine and 5,000 for the turbo.

The exterior of the Santa Cruz looks rugged, which pickup buyers tend to appreciate. One interesting element is the design of the headlights. Each headlight cluster is made up of multiple smaller units integrated with the grille. For the interior, the designers have focused on practicality. There are plenty of storage cubbies, including under the rear seats, and buyers will be able to opt for premium touches like a Bose sound system and a 10-inch digital instrument cluster. A 10-inch infotainment screen in the center stack is standard.

Final specifications and pricing will be announced closer to the sales launch.

Hyundai has seen its sales in the U.S. slide since a high of 768,057 units in 2016 due to a sedan-heavy lineup and the lack of a pickup. The tally in 2020 was 622,269 units. The automaker is turning the ship around with new additions like the Kona, Palisade and Venue crossovers, and now the Santa Cruz pickup.