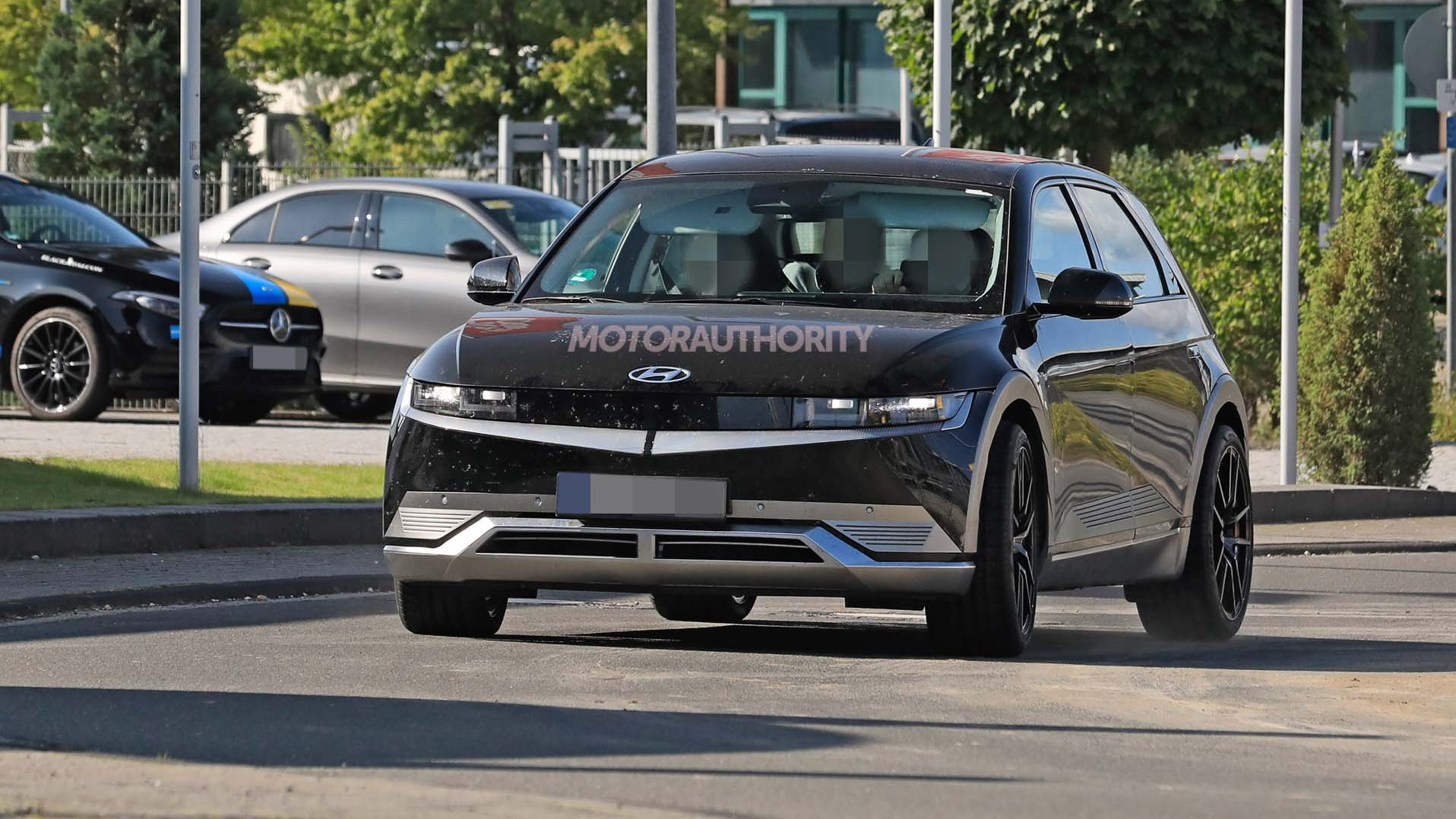 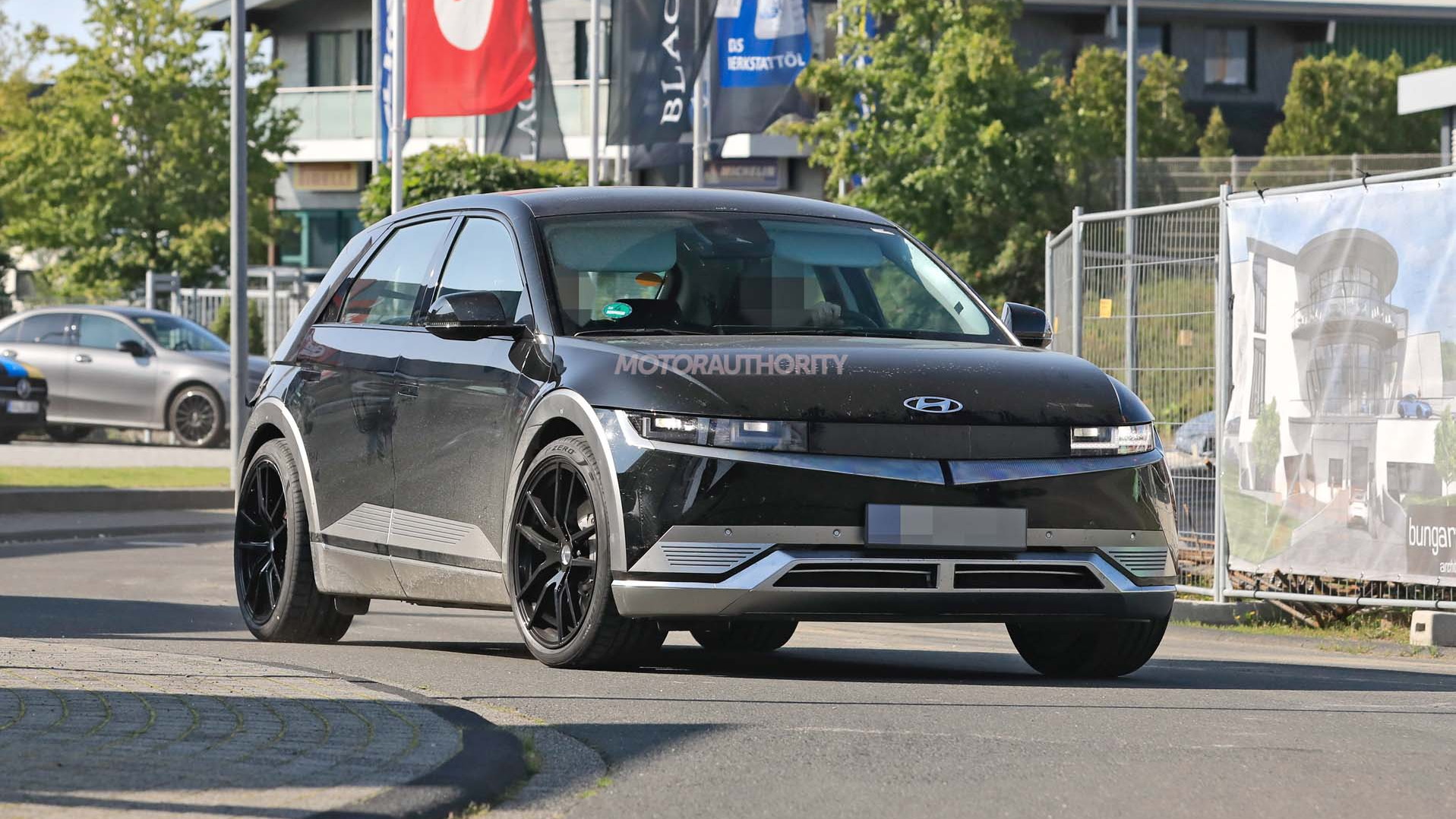 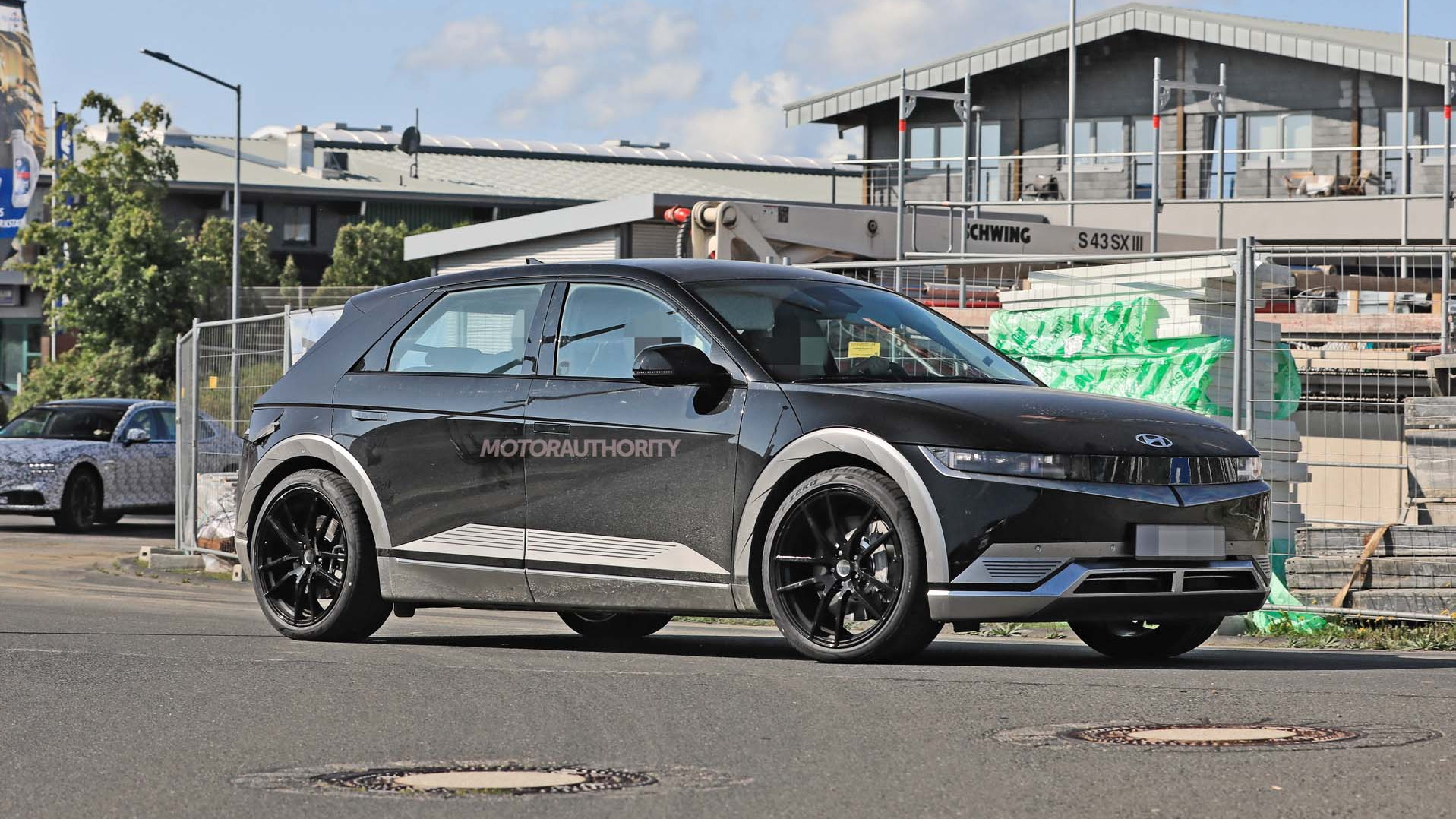 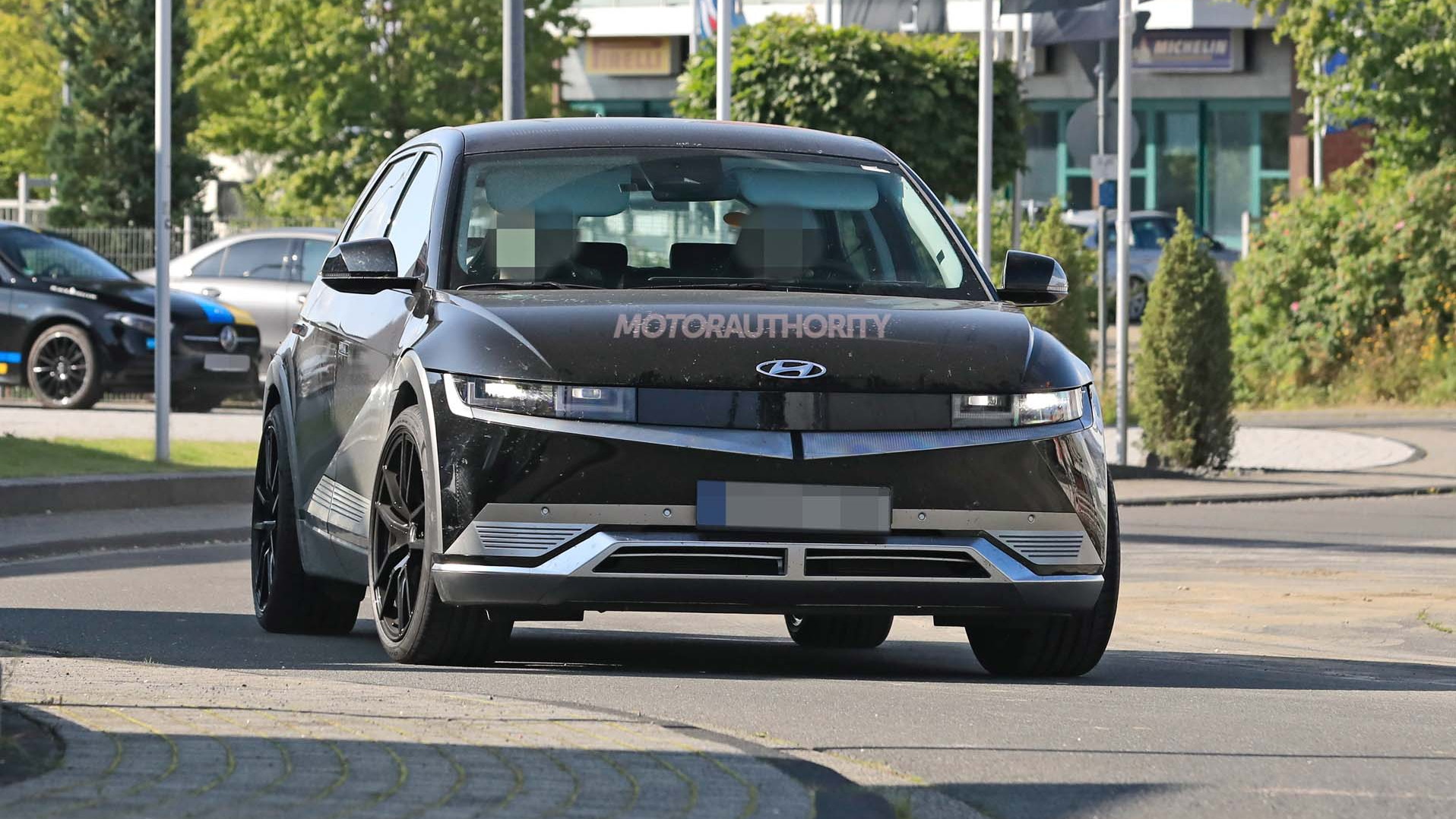 The 2022 Hyundai Ioniq 5 electric hatchback hasn't even arrived in the U.S. yet and the automaker is already whipping up a hotter version.

Test mules for the 2023 Hyundai Ioniq 5 N have been spotted on the streets surrounding the Nürburgring, though track testing has yet to begin, according to our spy photographer.

The Ioniq 5 N mules feature a lowered suspension, wider front and rear tracks, low-profile tires, and a new wheel design. Our spy photographers noted the brakes were also upgraded from the production car with larger calipers and rotors. The car appeared to ride on a harder suspension, which indicates new shocks and springs.

The standard Ioniq 5's 77.4-kwh battery pack will sit underneath the hatchback's floor, which will keep the weight low and in the center of the vehicle. All-wheel-drive Ioniq 5s have up to 302 hp and 446 lb-ft of torque, and we significantly higher power in the Ioniq 5 N and a 0-60 mph time quicker than the standard Ioniq's five-second sprint.

Stay tuned for more details on the 2023 Ioniq 5 N as development continues.