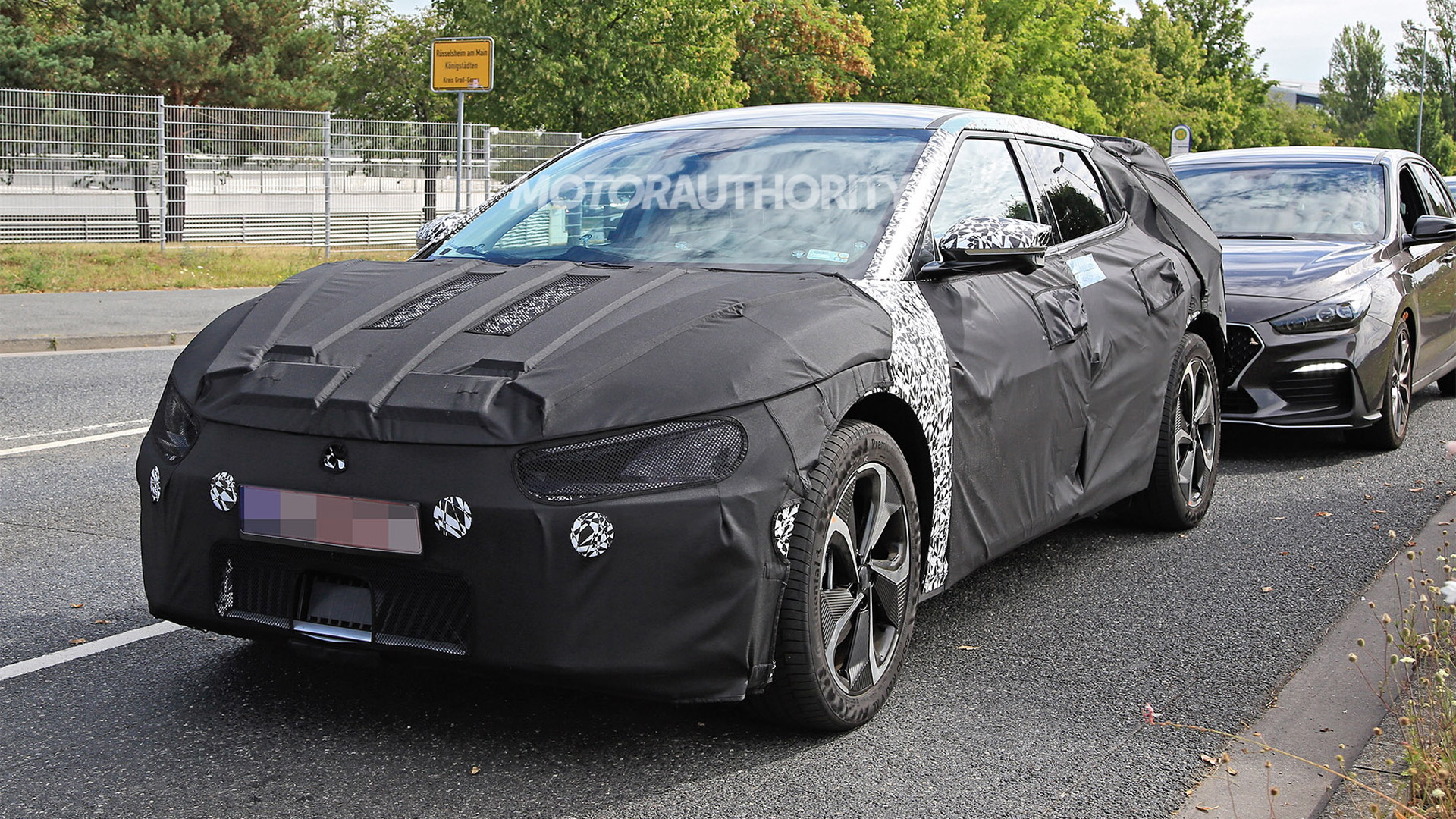 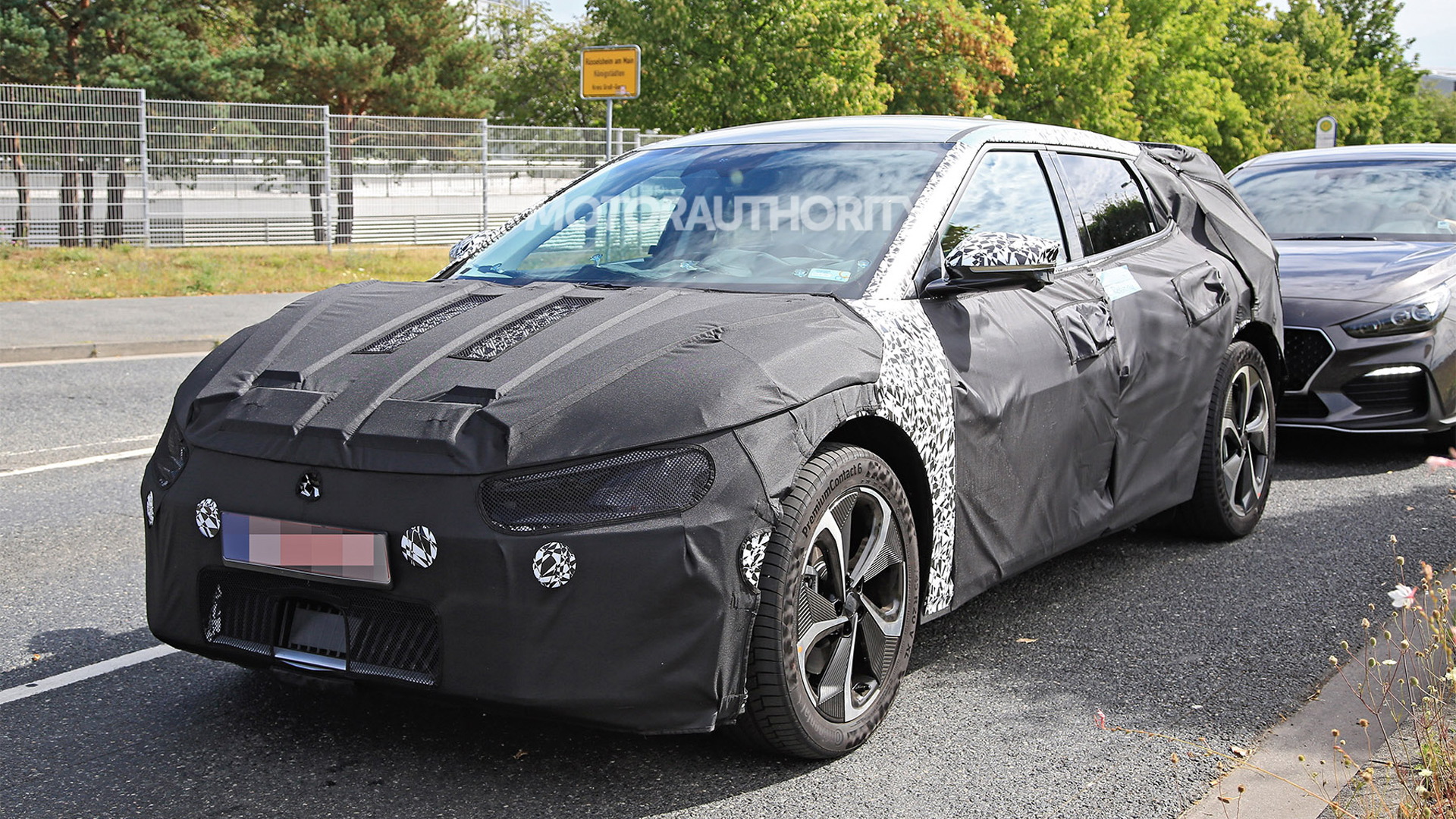 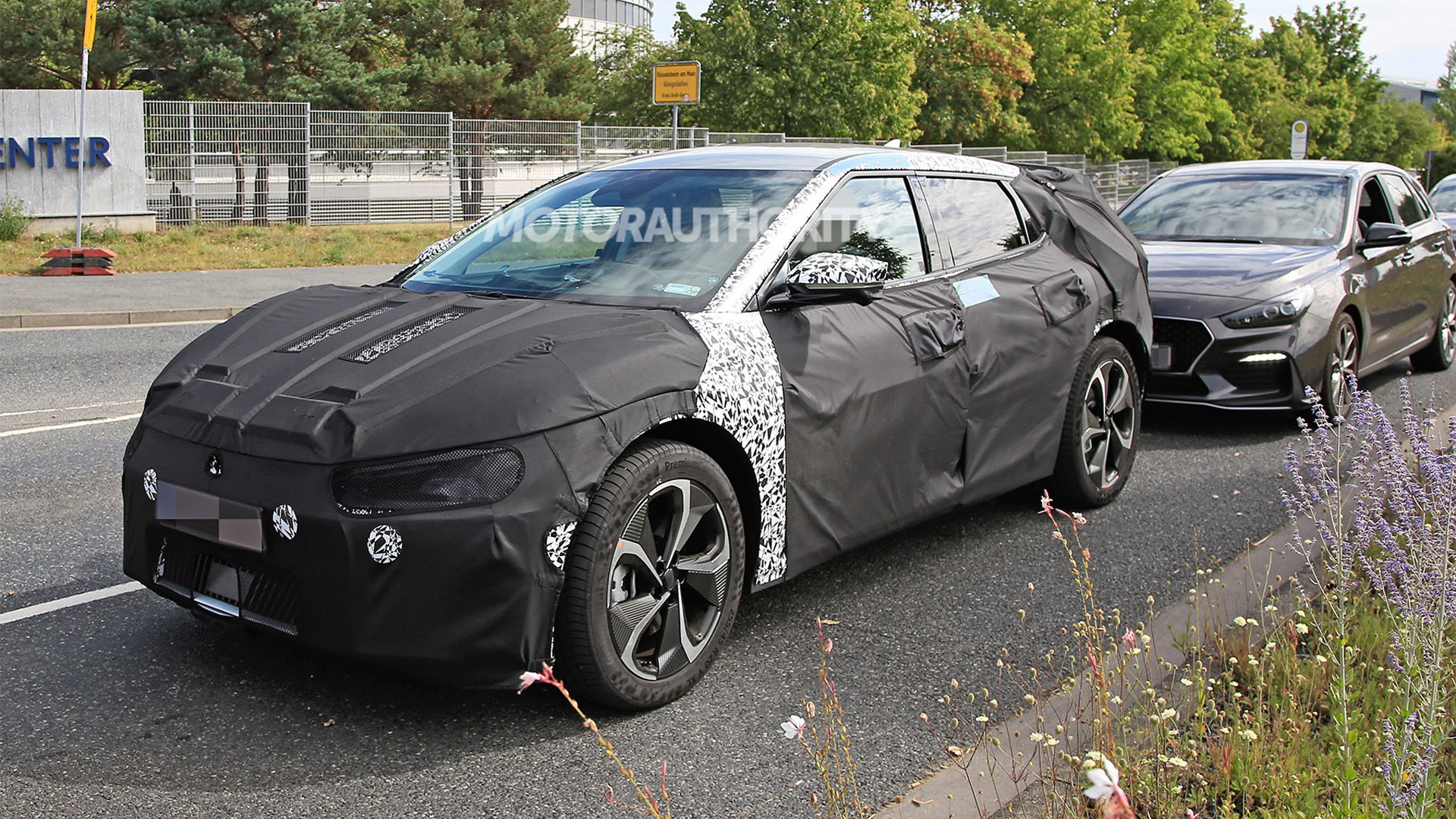 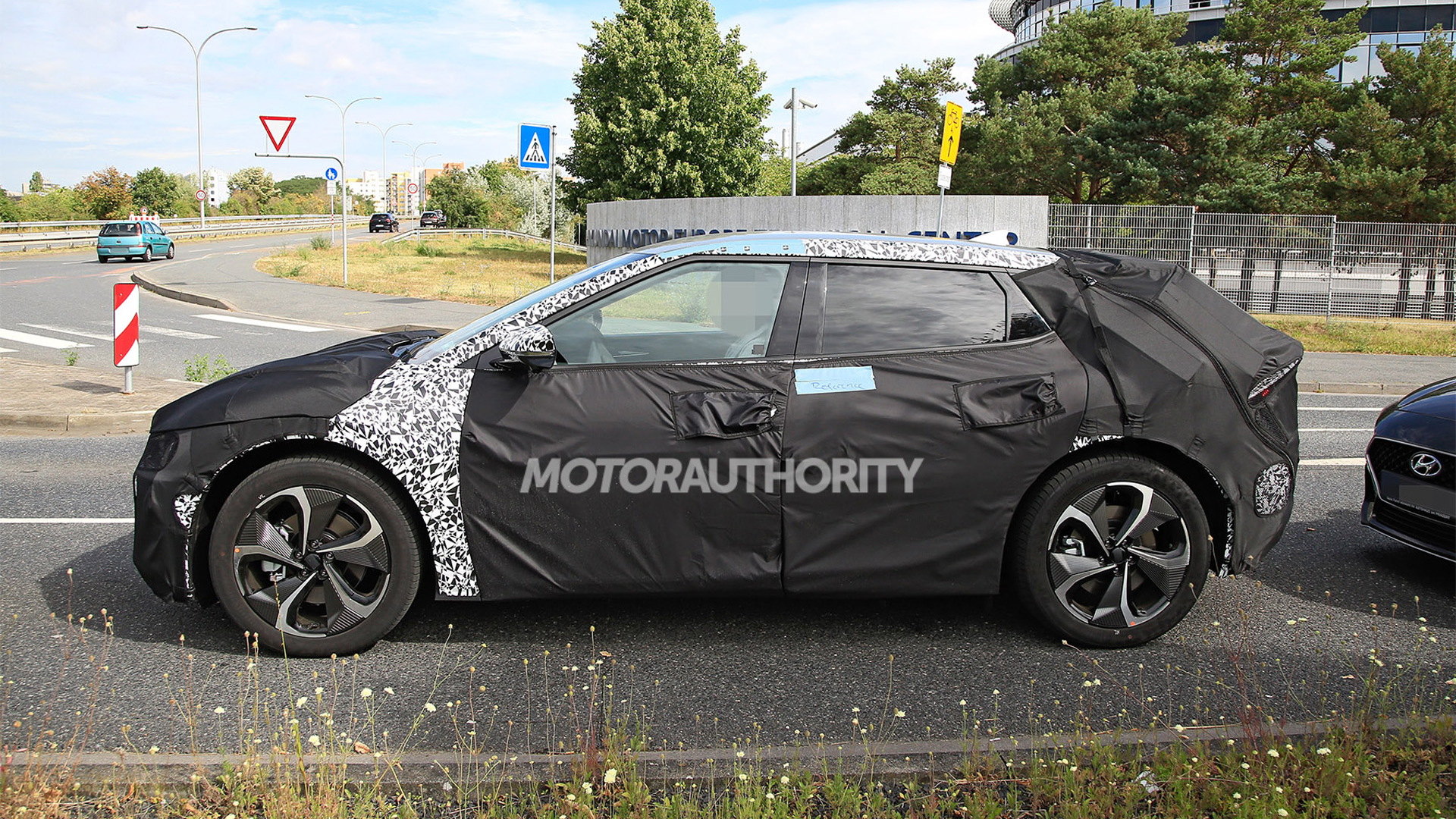 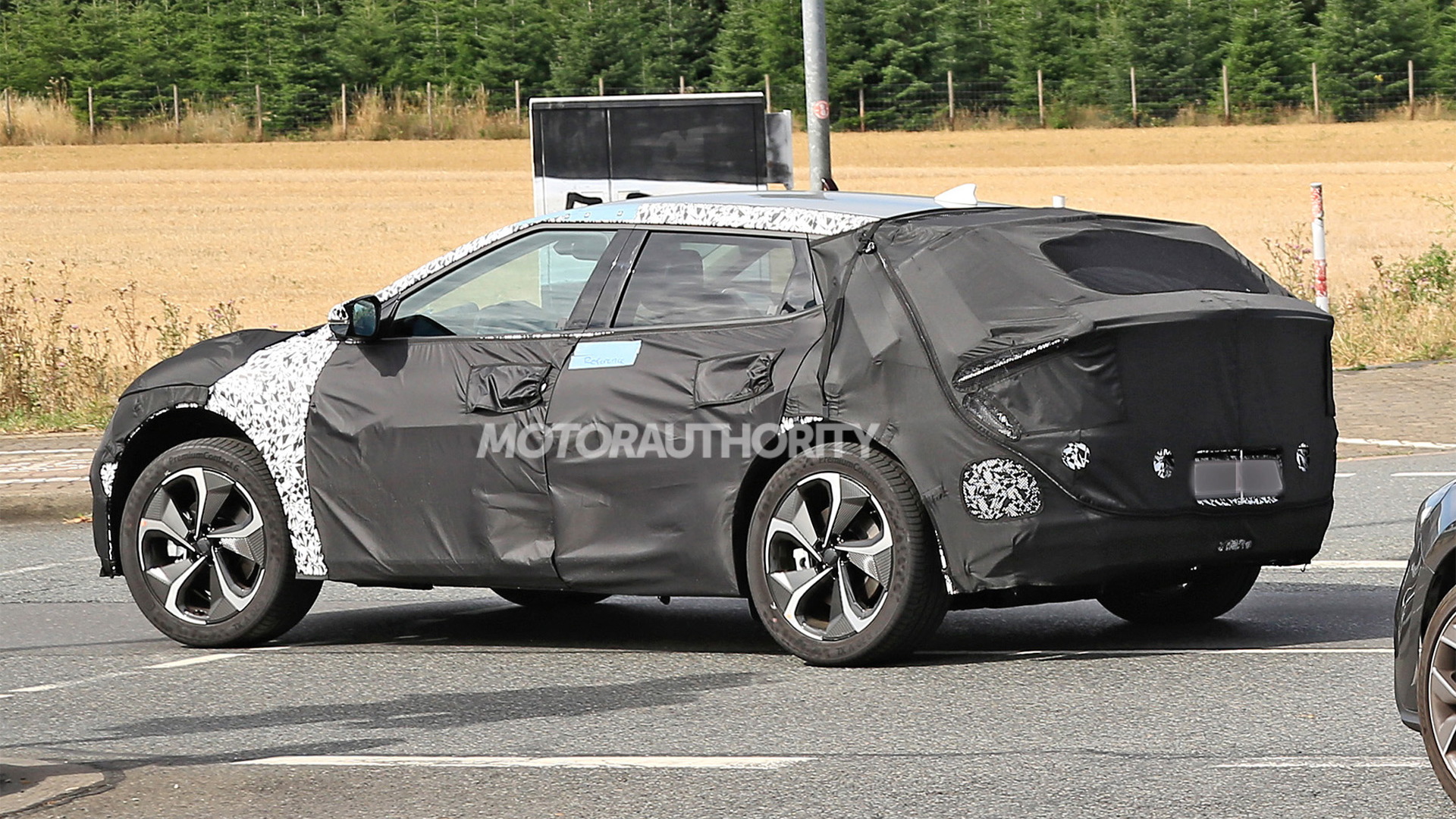 Kia is working on its first electric car based on a dedicated EV platform.

A prototype for the new model has just been spotted testing in Europe. It is in the form of a tallish hatchback, and according to our photographer Kia engineers had a Tesla Model 3 and Jaguar I-Pace on hand for benchmarking.

The new EV is being developed alongside a similar electric hatch from sister-brand Hyundai. The Hyundai was previewed last year by the 45 concept, and judging by our spy shots the Kia will resemble the Imagine by Kia concept which we also saw last year.

The Imagine by Kia concept combined was described as a commuter car that combines elements of an SUV, a sedan and even a sporty coupe, and that's generally what we see here. Four doors are present and wedgy elements can be seen throughout.

Look for the debut in 2021. If given the green light for the United States, expect the new EV to reach dealers as a 2022 model.

Kia plans to have 11 EVs in its global fleet by 2025, in addition to electric versions of the Soul and Niro already on sale. All Kia will say about its future EVs is that they will have over 200 miles of range and the ability to charge up to 80% in less than 20 minutes. We also know some of them will be based on a platform developed with EV startup Canoo.