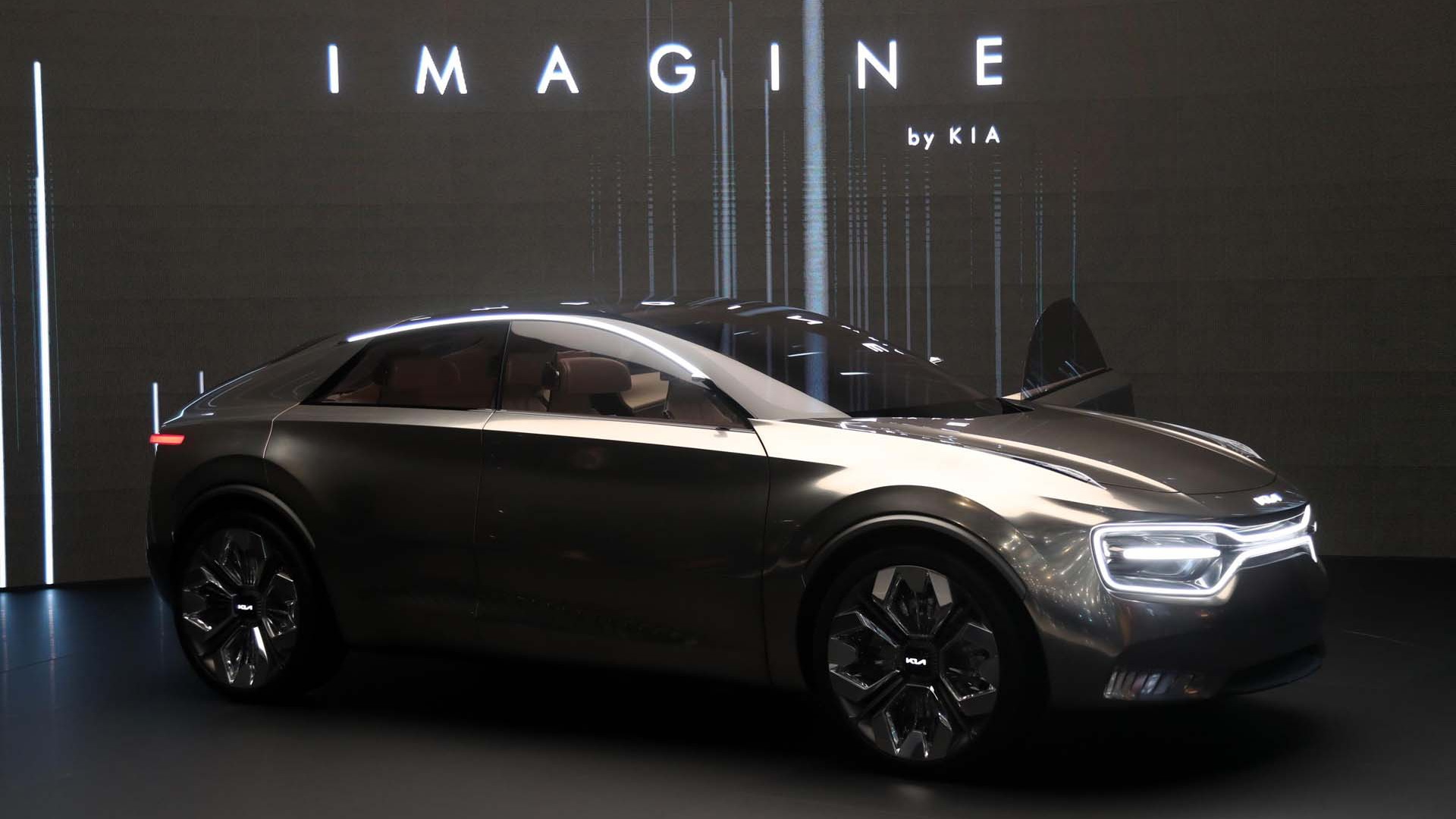 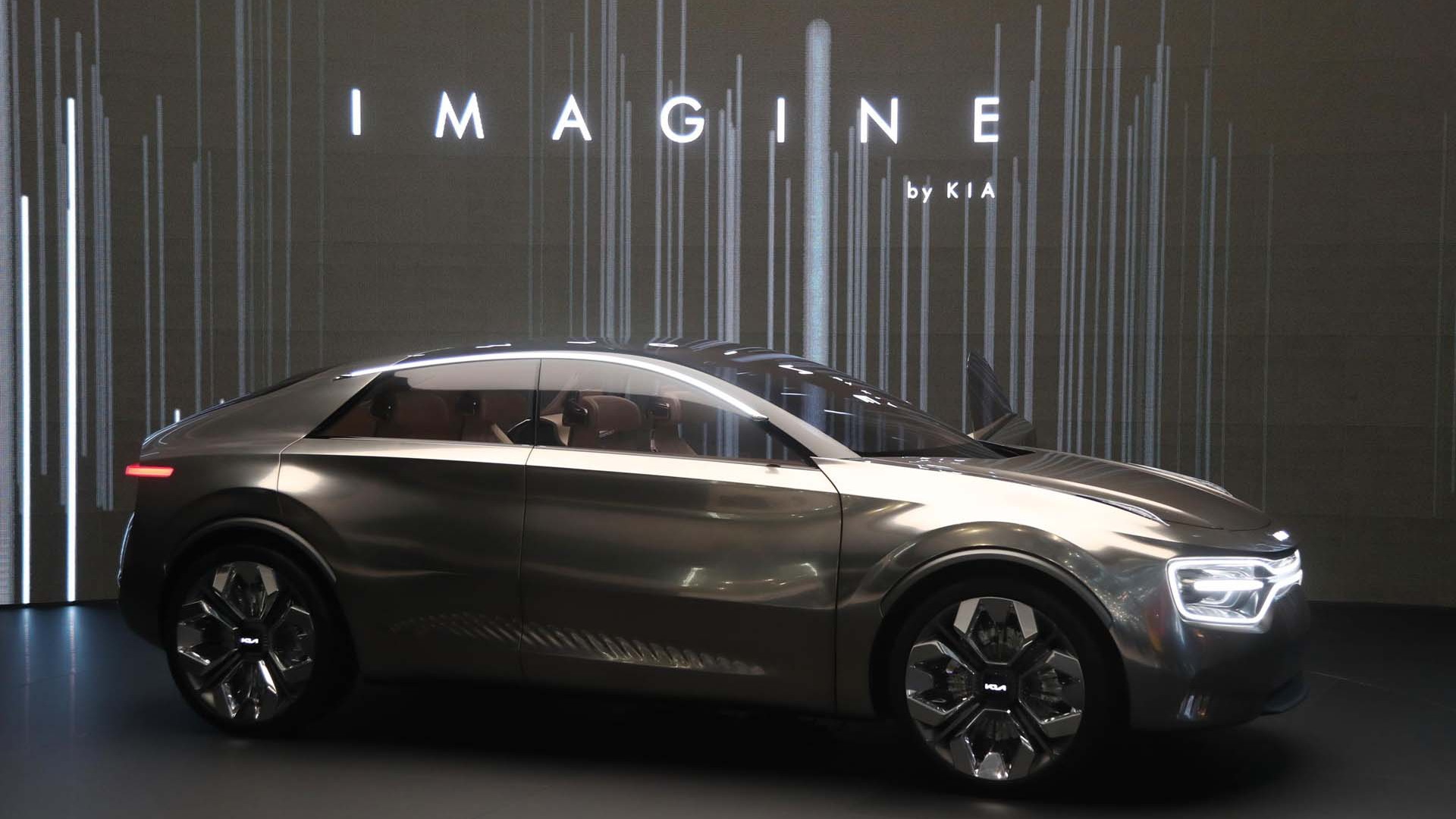 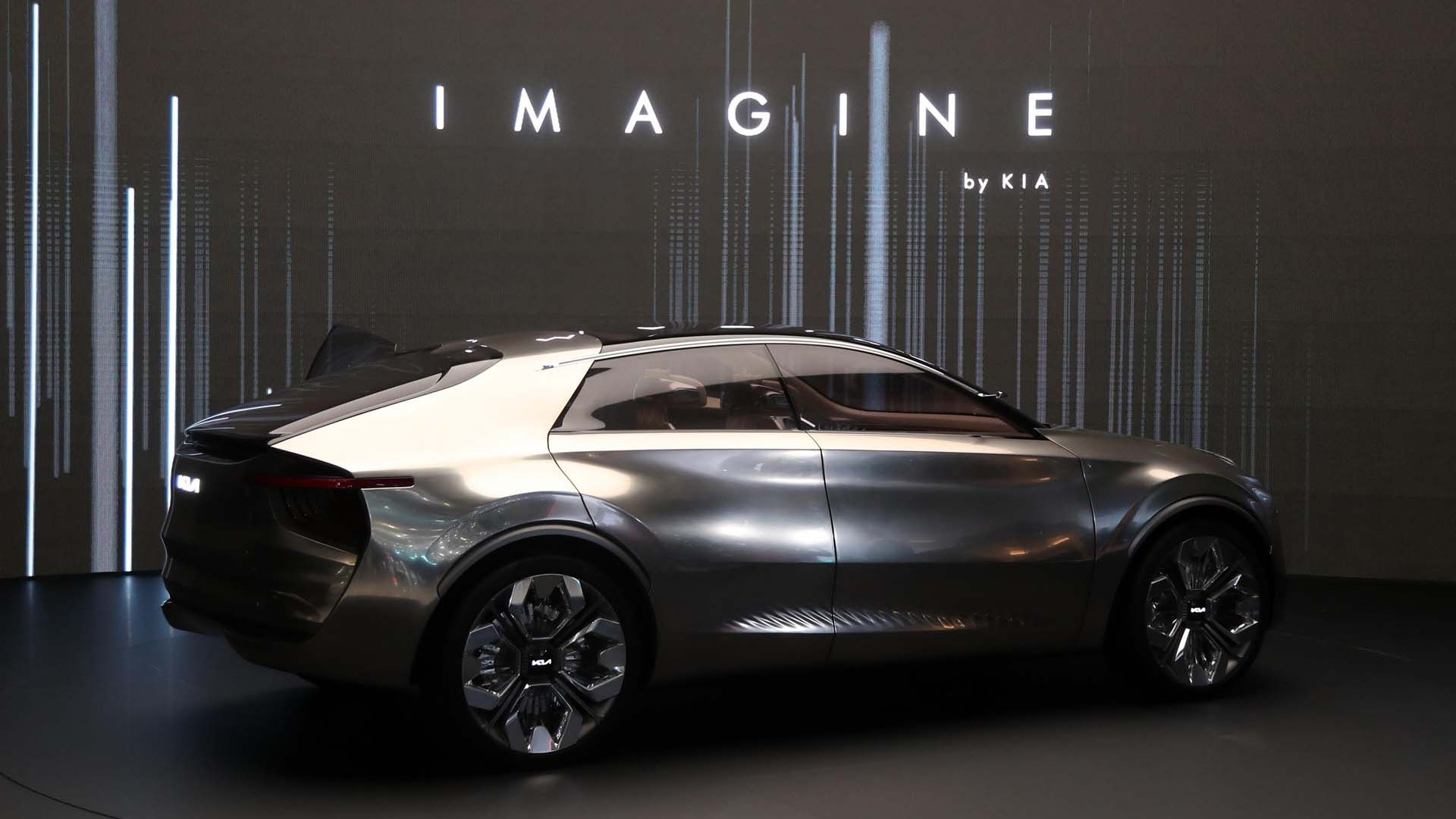 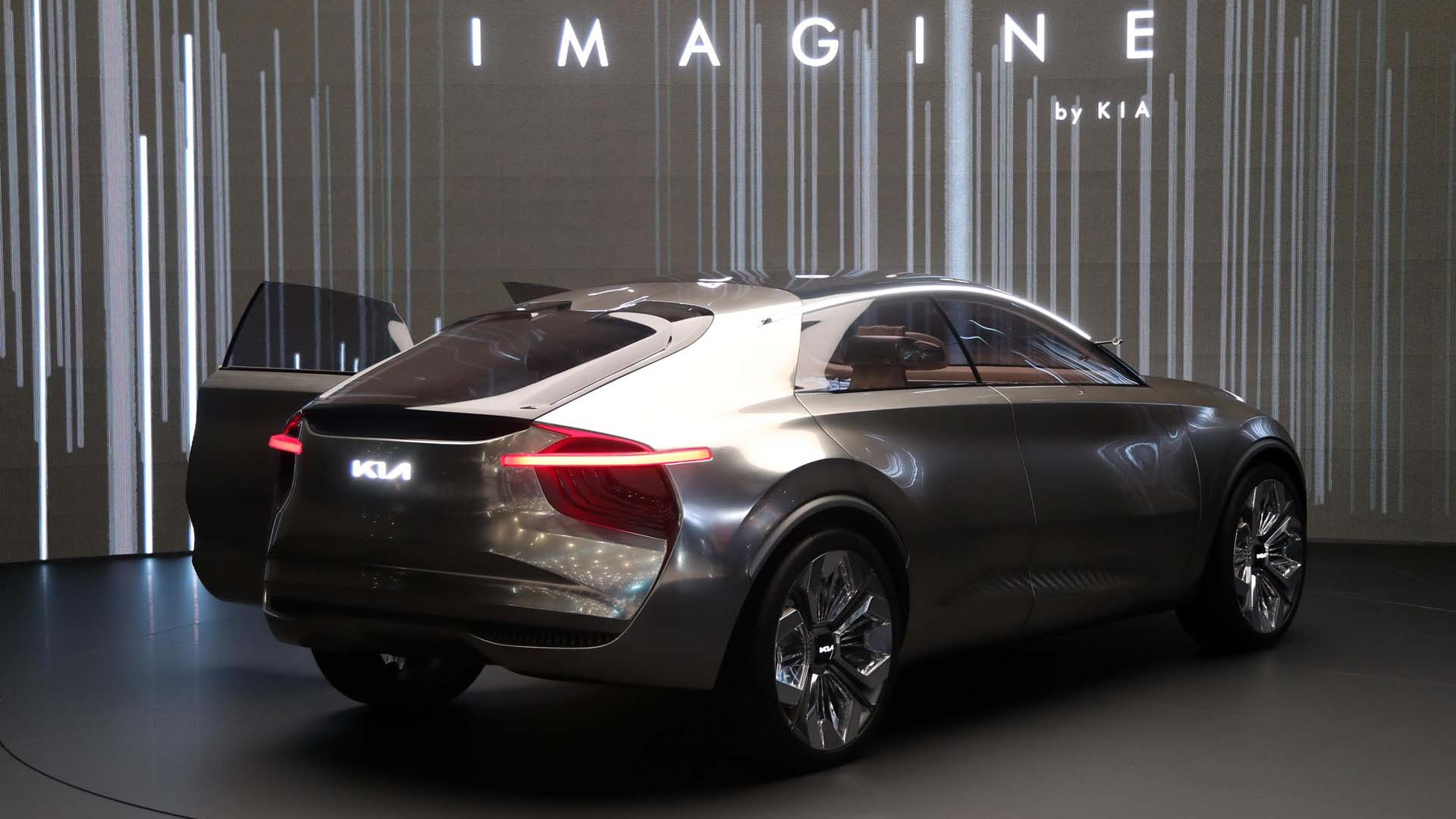 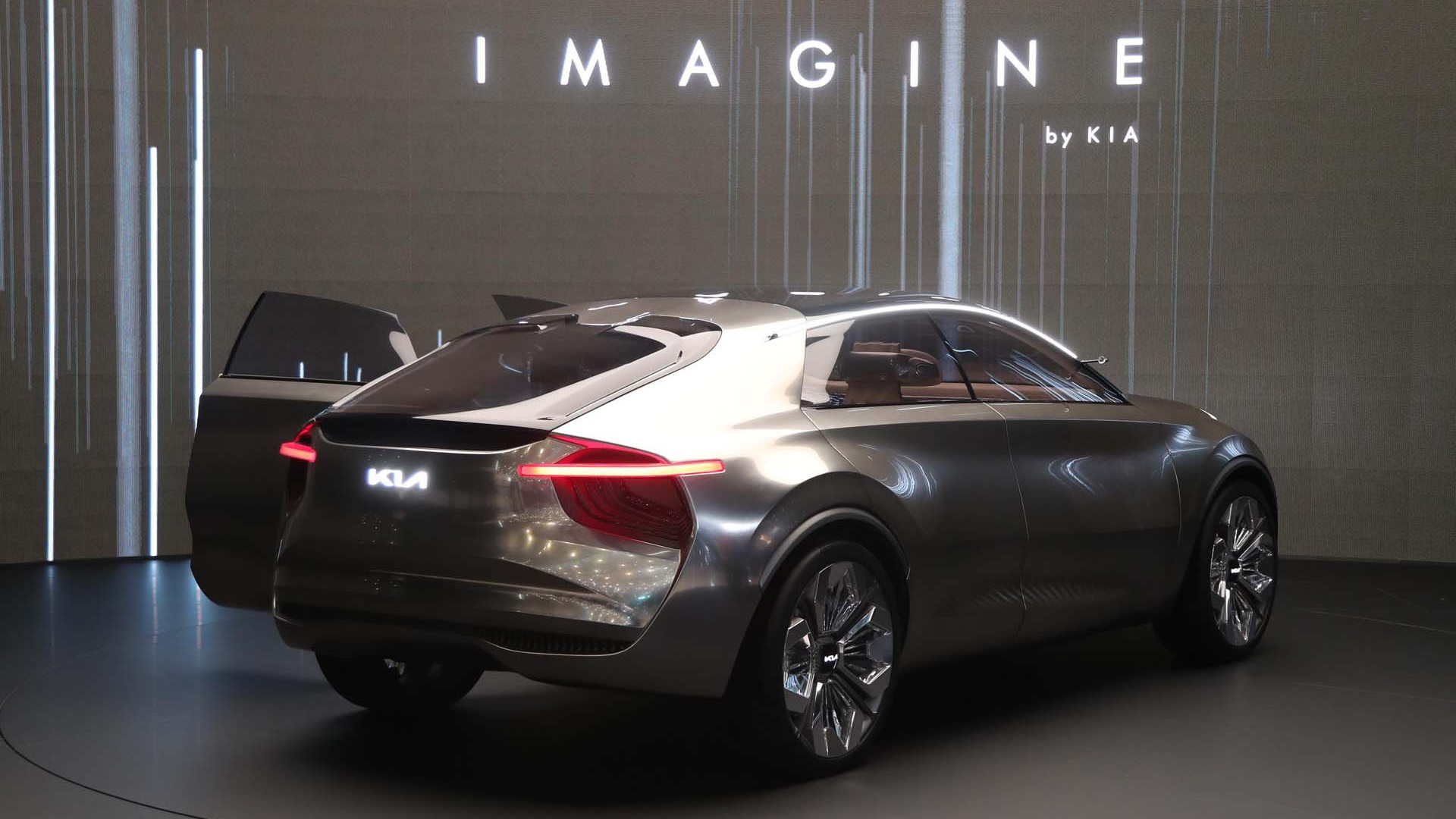 Kia on Tuesday unveiled the Imagine by Kia concept car at the 2019 Geneva International Motor Show, and said the tiny runabout was all about making the mundane fun.

The concept imagines an electric commuter car that combines elements of an SUV, a sedan and even a sporty coupe. As Kia puts it, the concept signals an "emotional approach" to electrification.

There's also an updated logo that consists of "Kia" scripted as freely floating letters flow freely and with a new font. The look is arguably more upscale than the current logo.

The Imagine by Kia concept is also about introducing Kia's own dedicated EV platform, which featuers a floor-mounted, induction-charged battery and a compact powertrain. Kia's other electric cars are based on platforms originally developed to house internal-combustion powertrains.

The benefit is that by mounting the batteries in the floor, the designers were able to free up space in the interior. There's also storage in the front of the vehicle as well as the back, with the latter accessed through a glass hatch. A single sheet of glass also serves as both the windshield and roof.

Looking through the glass, it's hard to miss the dash. Running along the top are 21 individual screens, which according to Kia form a single unified display from the driver’s point of view. Don't expect something like this in any production car, though.