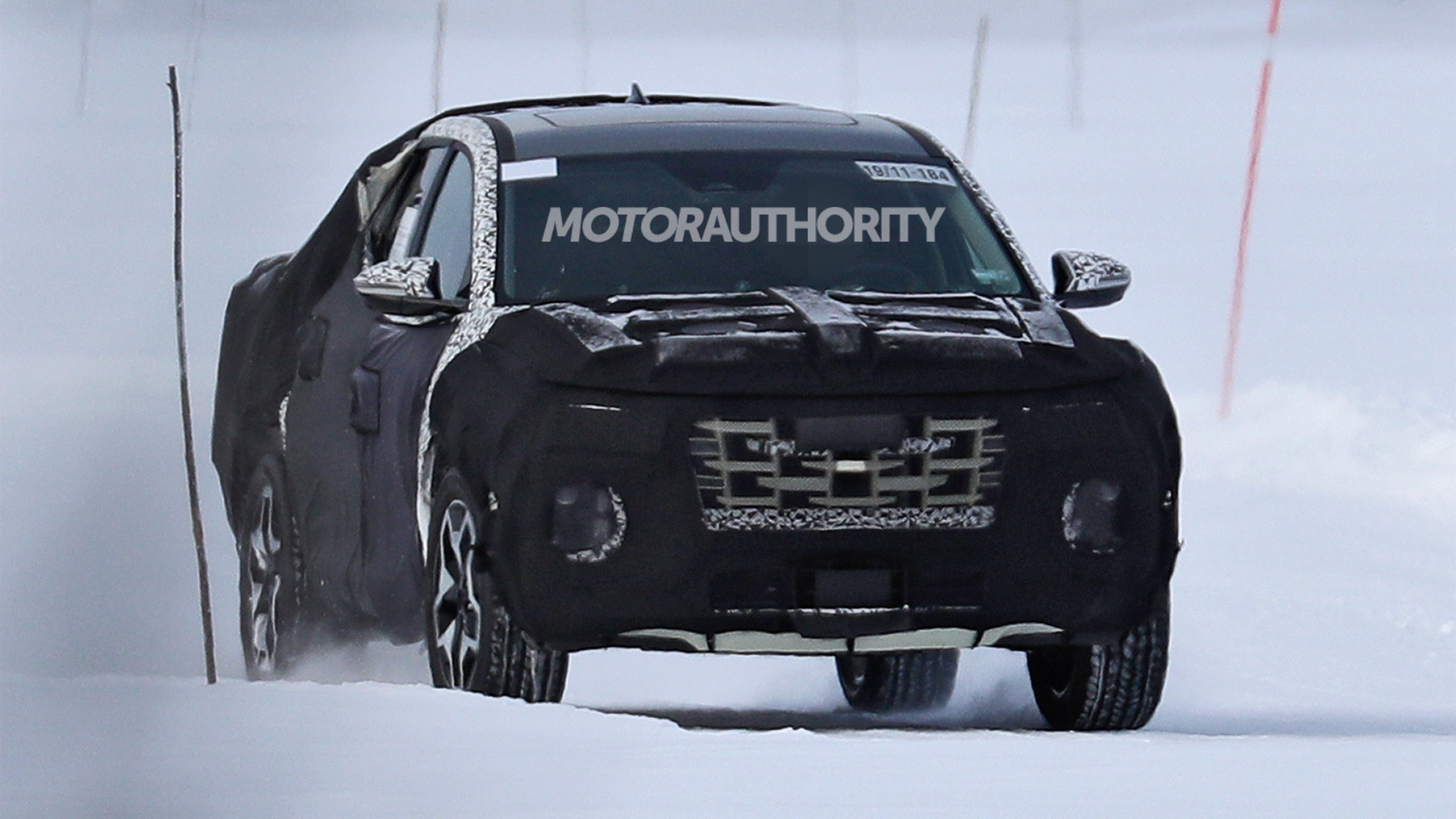 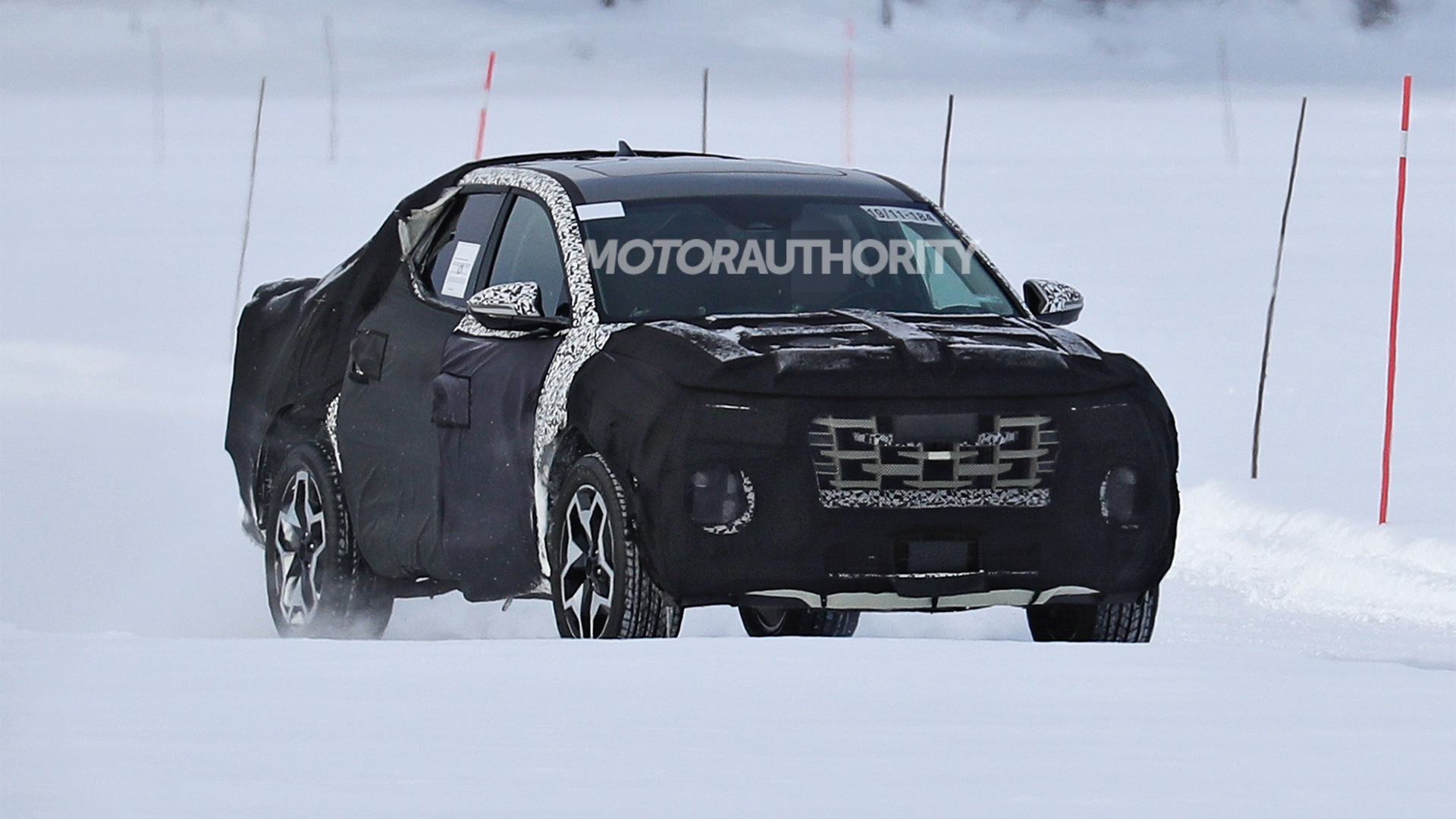 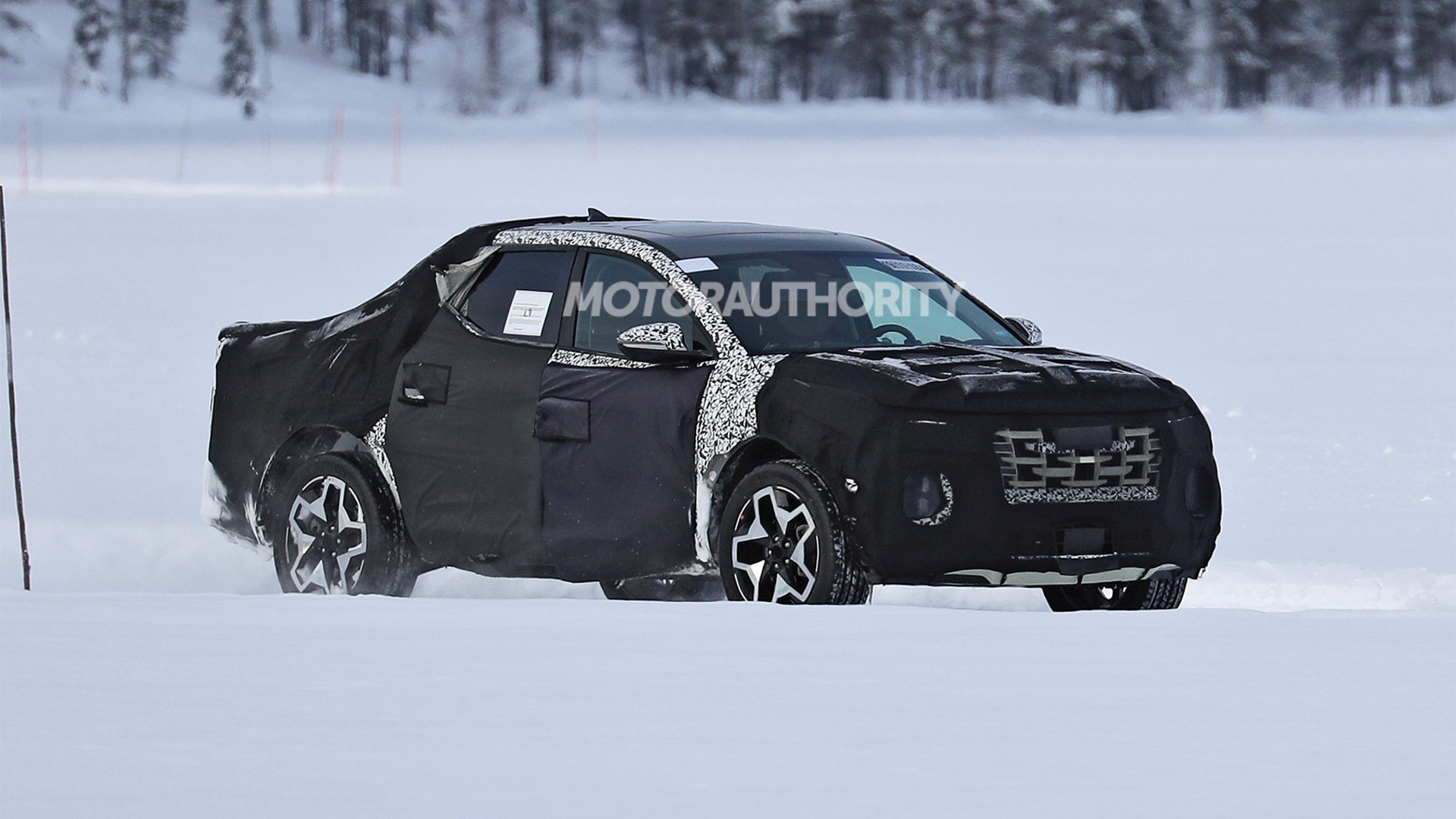 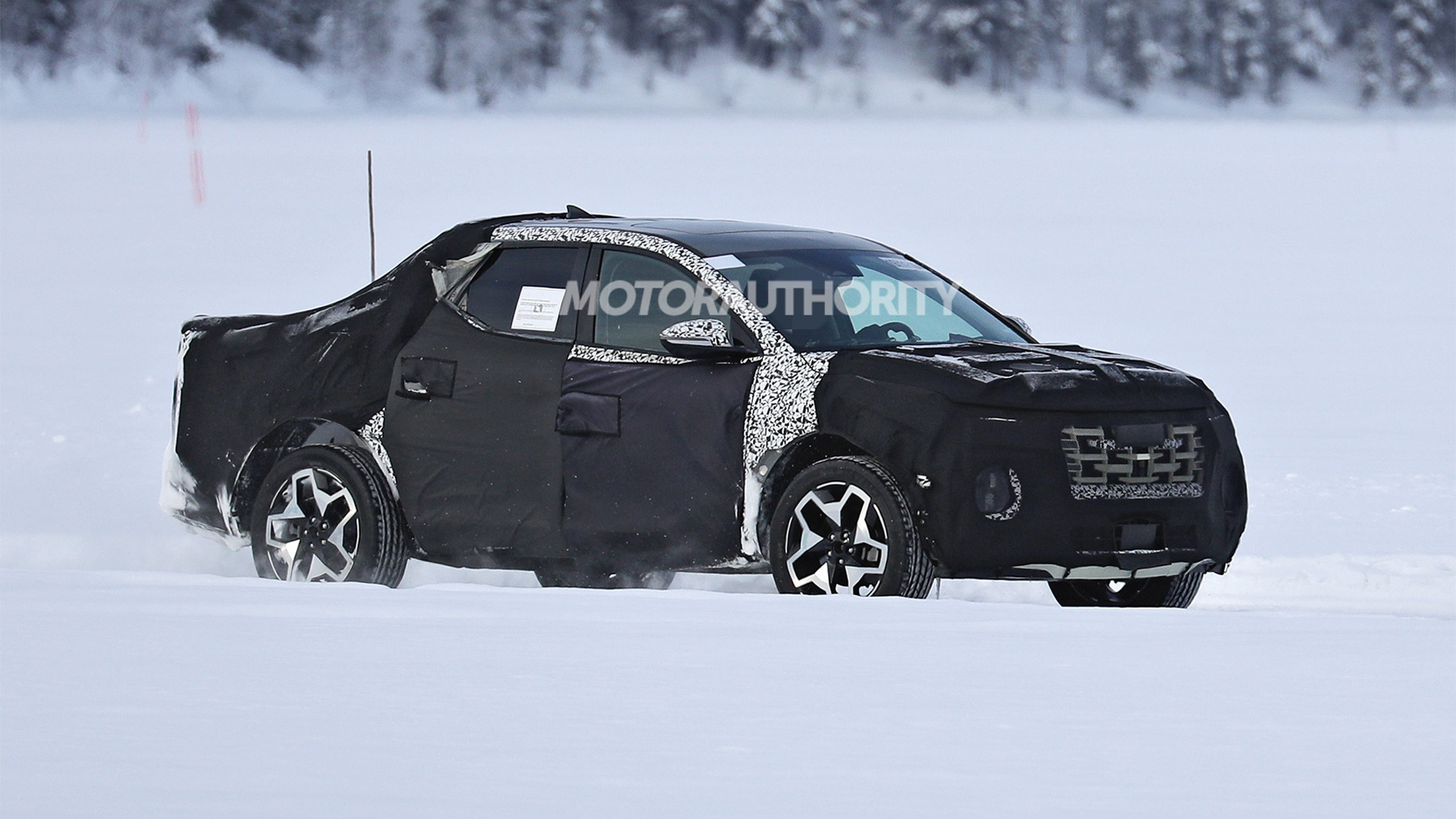 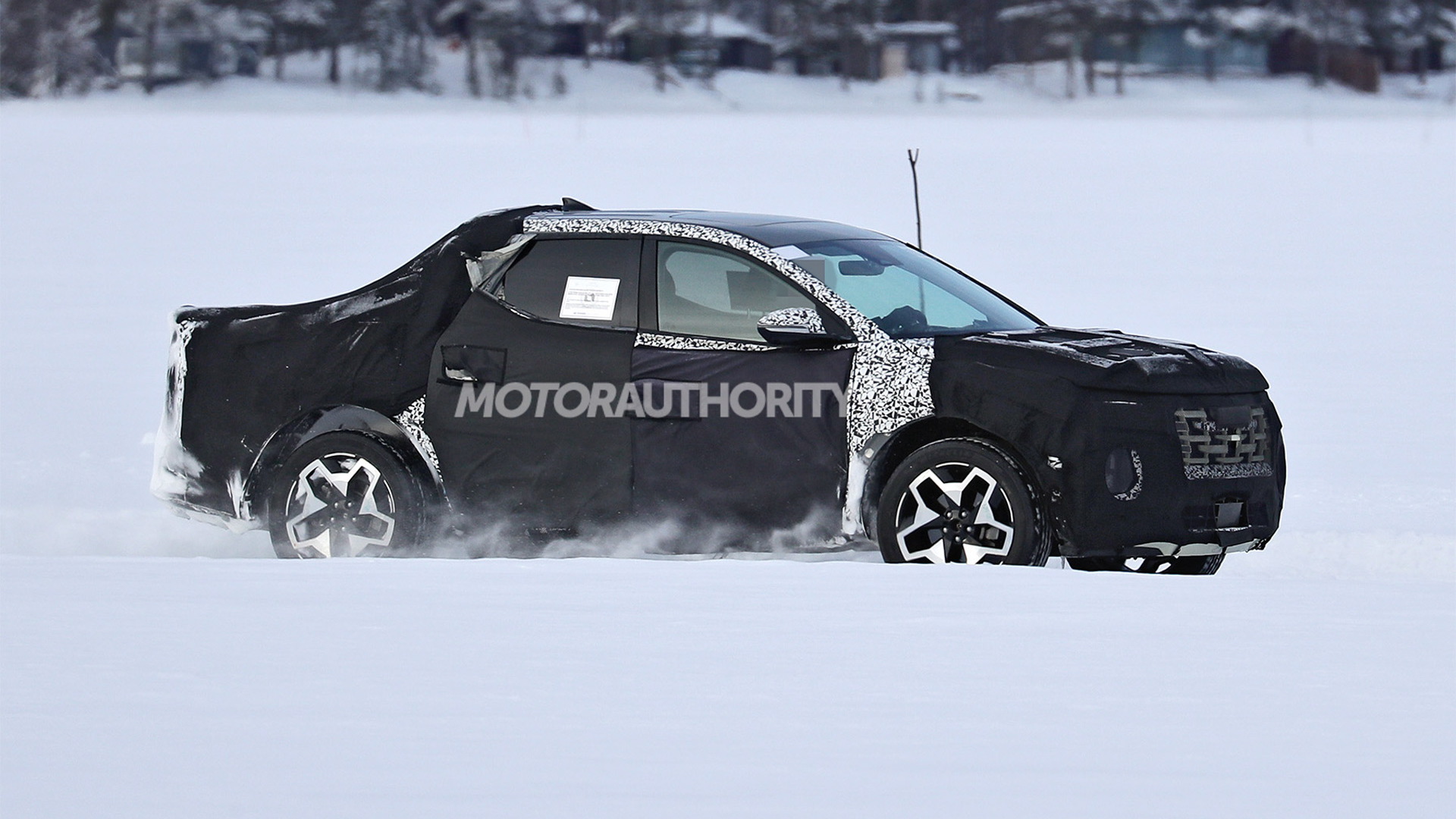 Hyundai is about to join the pickup truck segment here in the United States with a production version of 2015's Santa Cruz concept, and we've just spotted a prototype.

Though heavily camouflaged, we can see that the production Santa Cruz will closely resemble the concept. There will be differences of course, the main one being a more conventional four-door cab on the production model instead of the concept's cab which featured rear-opening suicide-style doors.

The prototype also reveals the Santa Cruz's grille design and independent rear suspension. You'll also notice the bed is very short. This comes as no surprise as Hyundai said at the reveal of the concept that the vehicle isn't an alternative to traditional pickup trucks. Rather, Hyundai said it wants to appeal to crossover buyers who want the extra utility of a bed without having to resort to an actual truck.

Hyundai announced last November that the Santa Cruz will be assembled at the automaker's plant in Montgomery, Alabama, allowing the vehicle to escape the punitive Chicken Tax on imported pickups trucks. The Santa Cruz will be a compact offering based on the underpinnings of the redesigned 2022 Tucson, meaning we're looking at car-like unibody construction (as opposed to truck-like body-on-frame construction). Honda does the same for its Ridgeline pickup which is related to the Pilot crossover, and Ford is planning a Maverick pickup based on the platform of the Escape and Bronco Sport.

One aspect of the Santa Cruz concept that likely won't see production is its powertrain. The 2.0-liter turbodiesel from the concept is almost certainly a non-starter, at least for our market. Instead, expect naturally aspirated and turbo-4 gasoline engine options along with a possible hybrid or plug-in hybrid powertrain at some point, such as those found in the 2022 Tucson.

Production of the Santa Cruz starts later in 2021. This means we'll likely see the pickup arrive as a 2022 model.