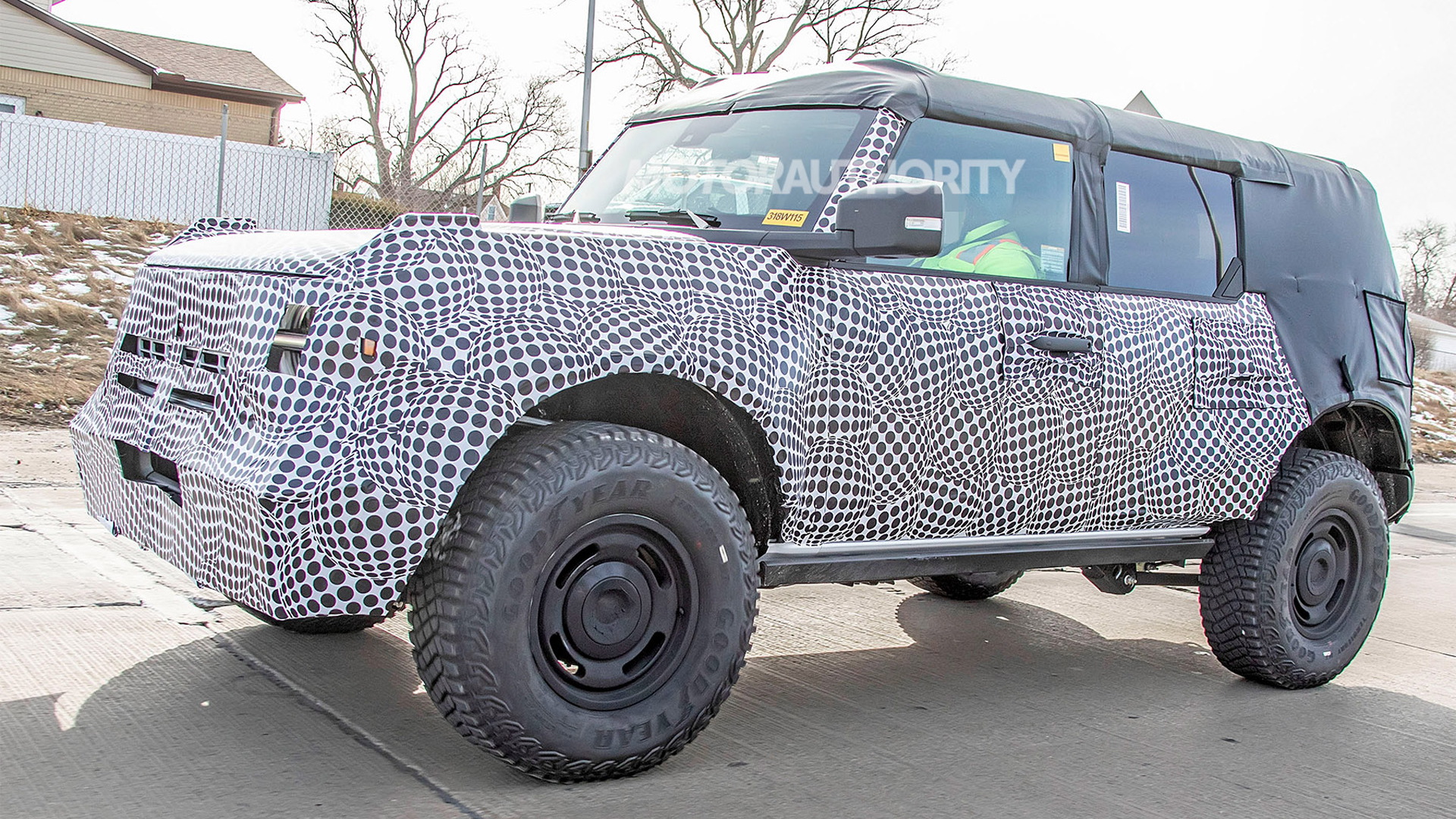 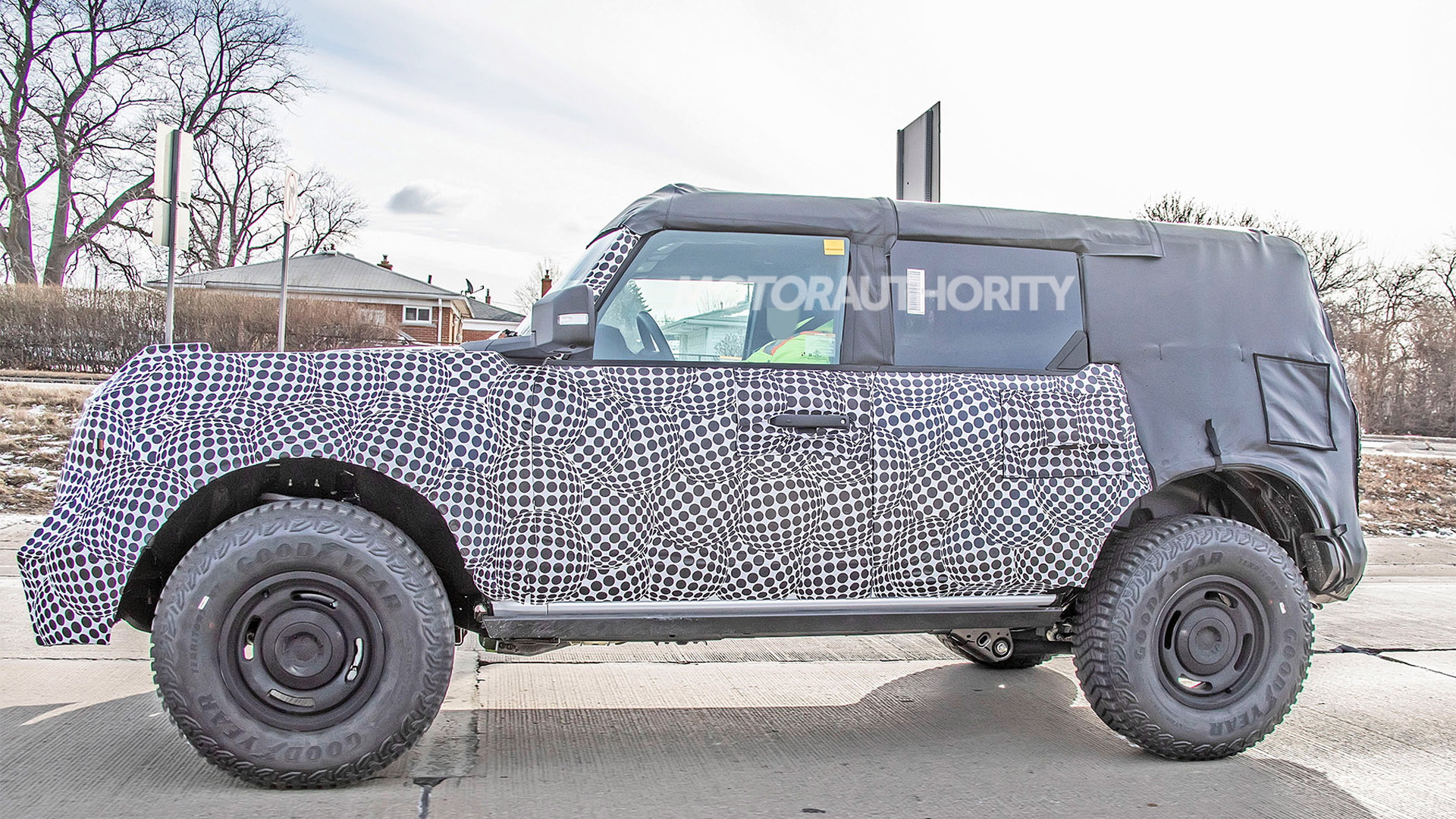 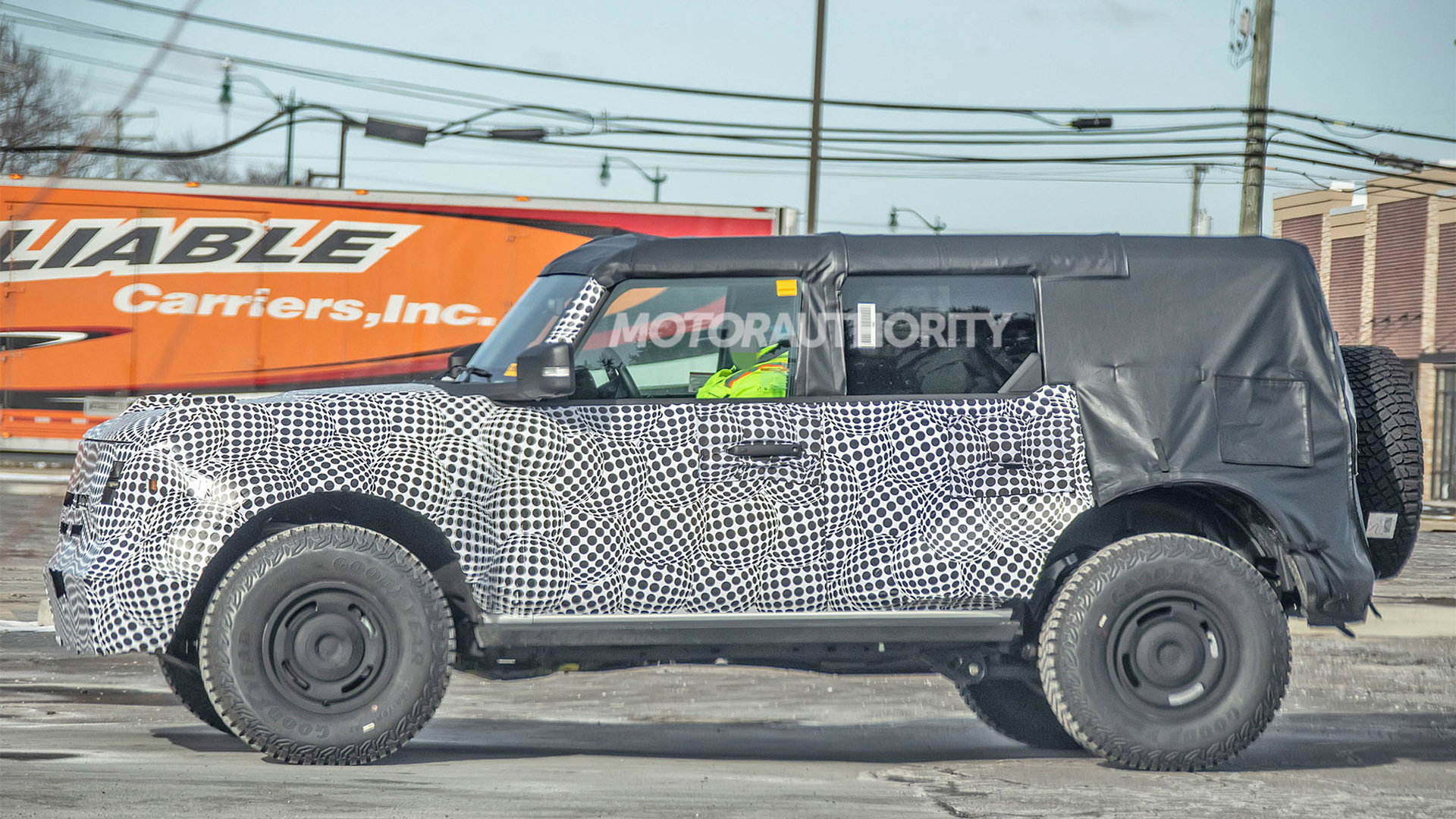 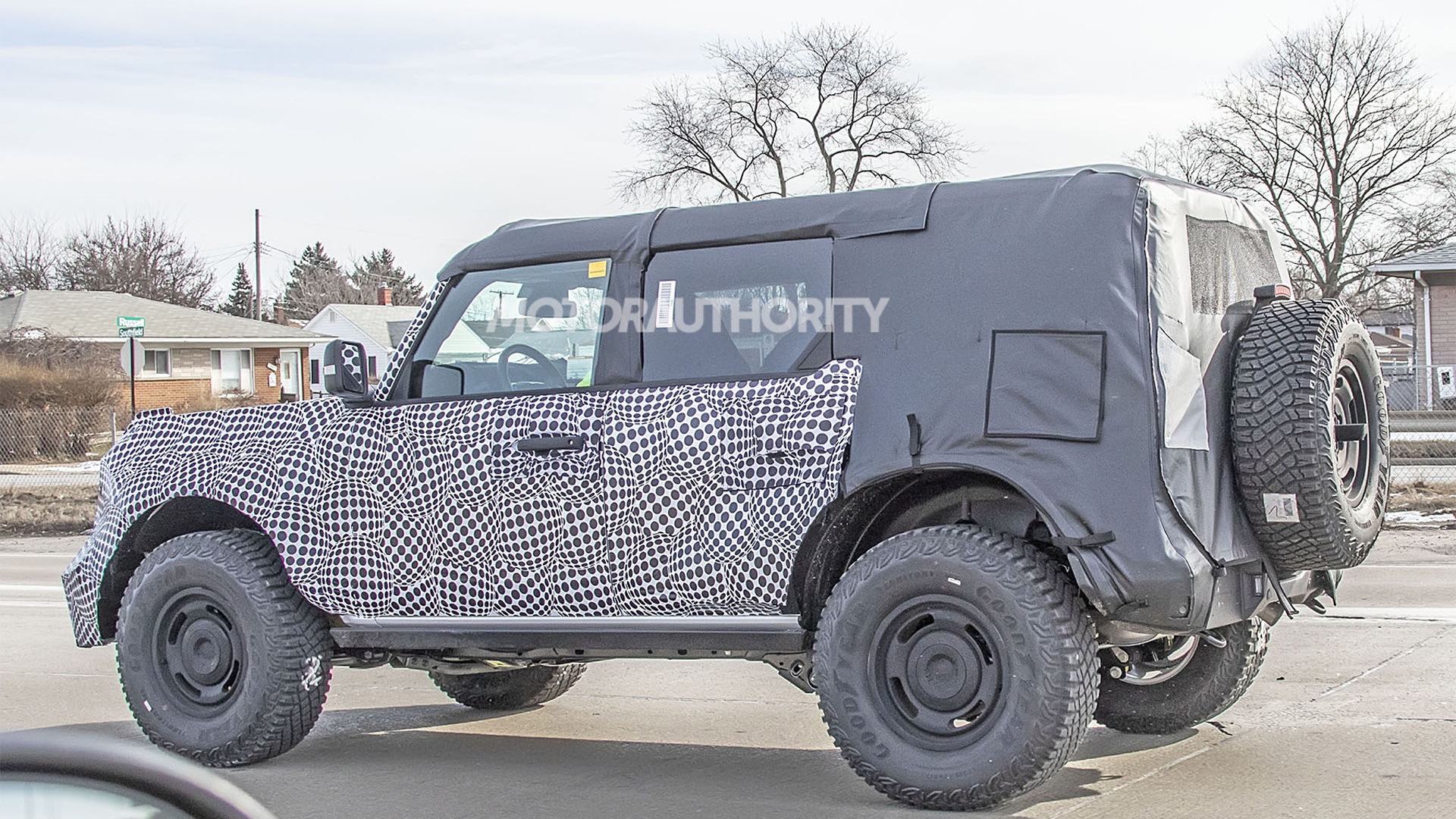 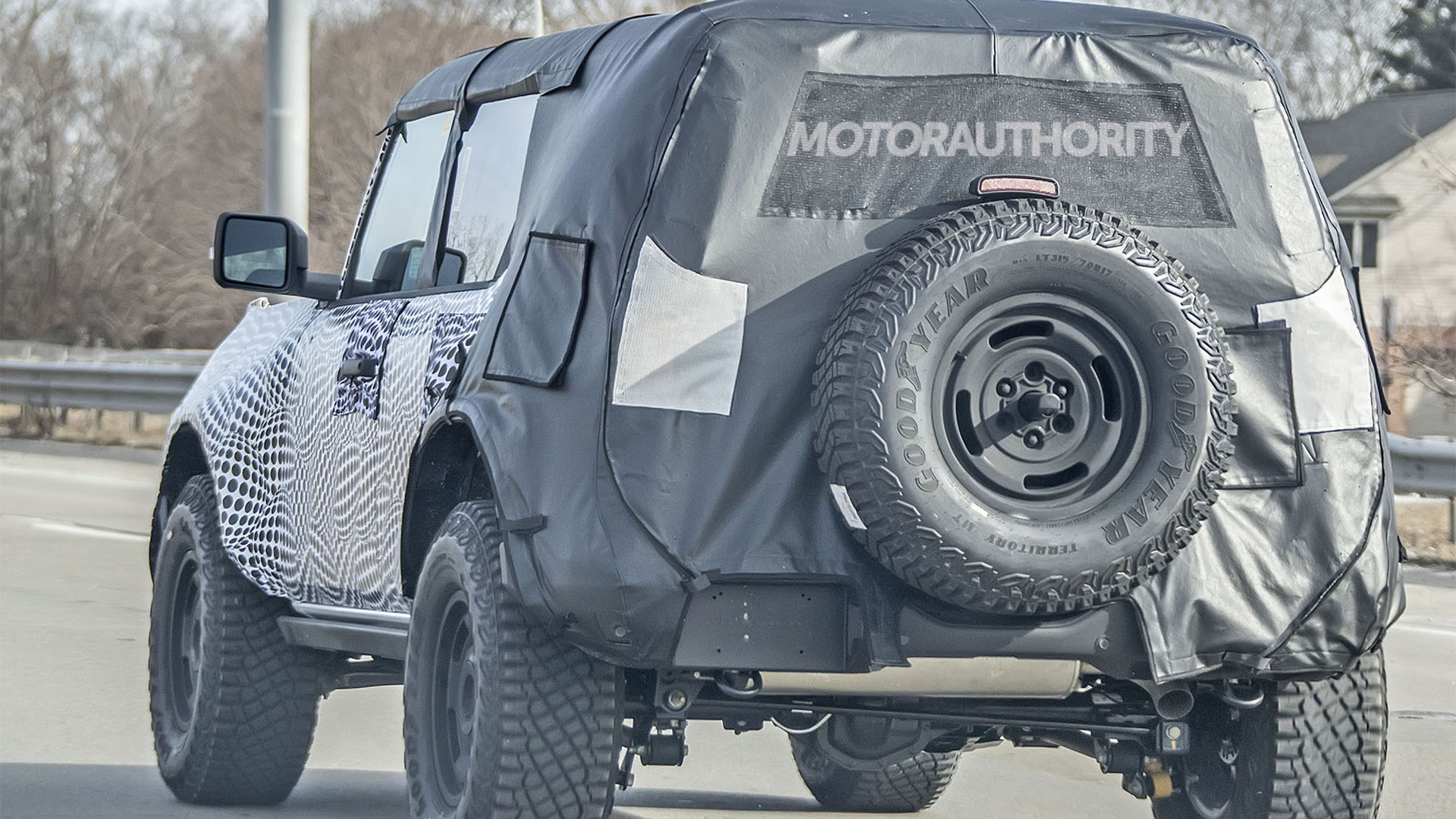 Ford's modern Bronco hasn't even reached dealerships but the automaker is already preparing some new variants.

One of these will be a high-performance model along the lines of a Raptor (we think it will be called a Warthog), and another looks to be a retro-inspired model judging by our latest spy shots.

The spy shots show what appears to be a regular Bronco prototype in heavy camouflage gear, but if you look a little closer you'll notice a few unique elements.

The most obvious difference to earlier Bronco prototypes is the design of the wheels, which look to mimic the four-slot wheels found on the original Bronco of the 1960s. We bet they're even finished in white, just like on the original.

Another clue is the white grille up front. If you look closely, you'll also spot some splashing of red through the camouflage gear. The red sections likely spell out “Ford” or “Bronco,” another throwback to the original Bronco. A custom 1968 Bronco owned by Jay Leno hints at what's to come.

There aren't any shots of the interior but you can count on a few retro cues here as well.

Ford has launched special Heritage Edition versions of its GT supercar, and perhaps this is the same name the automaker will use for its retro-inspired Bronco. Currently, we expect the new variant to arrive late this year as a 2022 model.

The modern Bronco was originally due to start deliveries this spring but Ford has delayed it until the summer. The base engine is a 2.3-liter turbocharged inline-4 rated at 300 hp, which can be had with either a 7-speed manual or 10-speed automatic. Above this is a 2.7-liter twin-turbocharged V-6 good for 330 hp, which can only be had with the automatic. The starting price for the 2021 Bronco is $29,995, including destination.