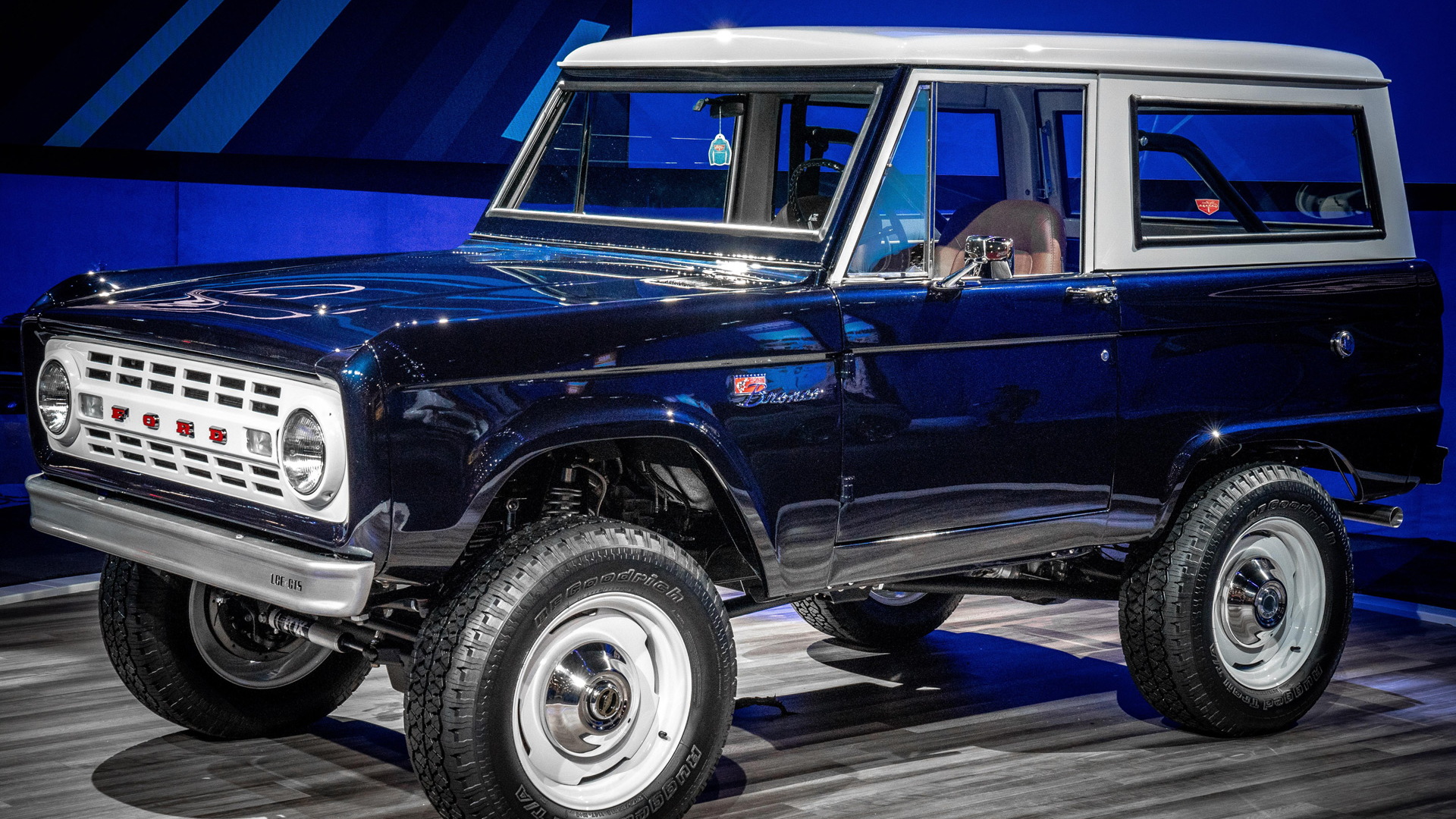 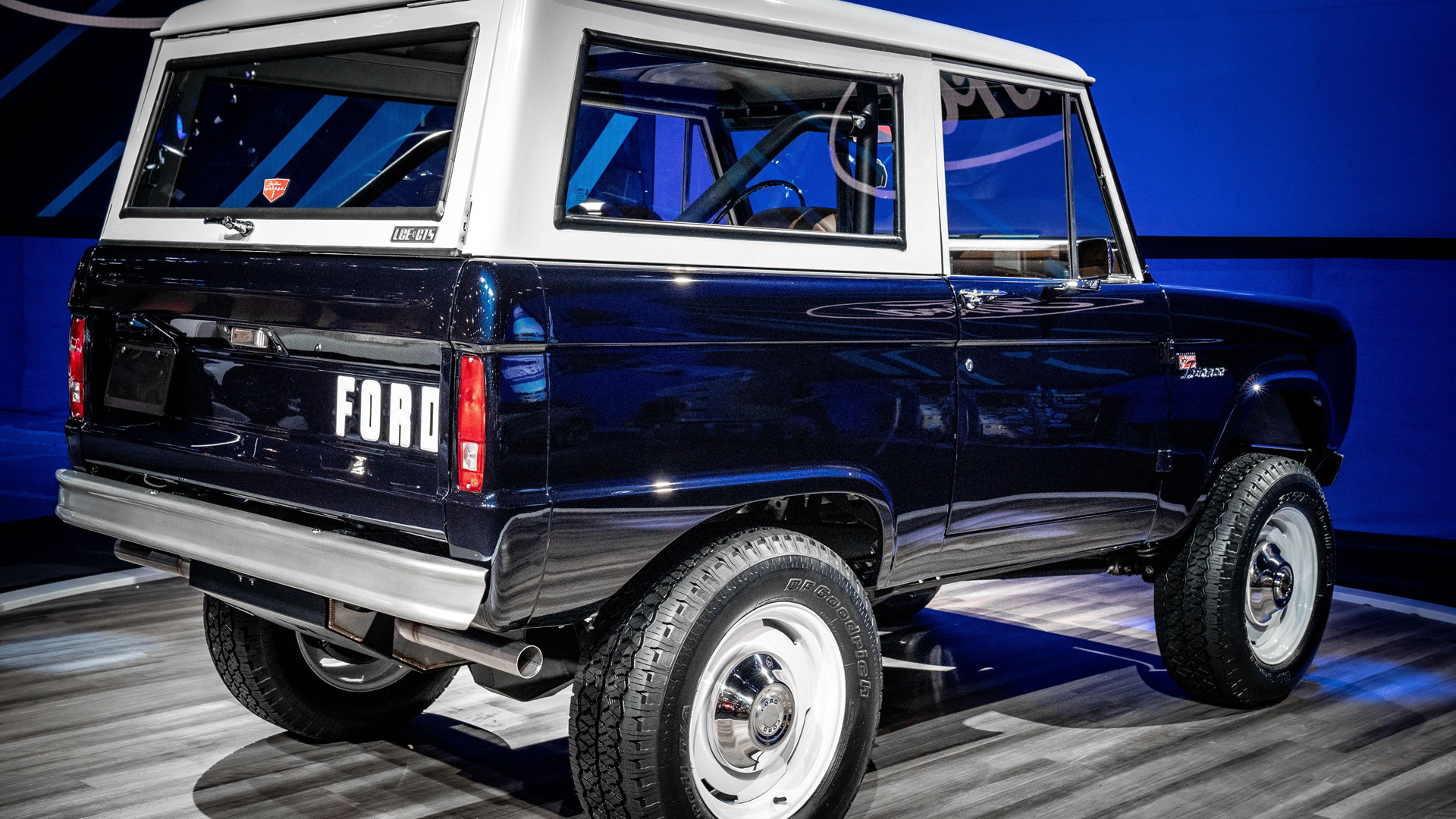 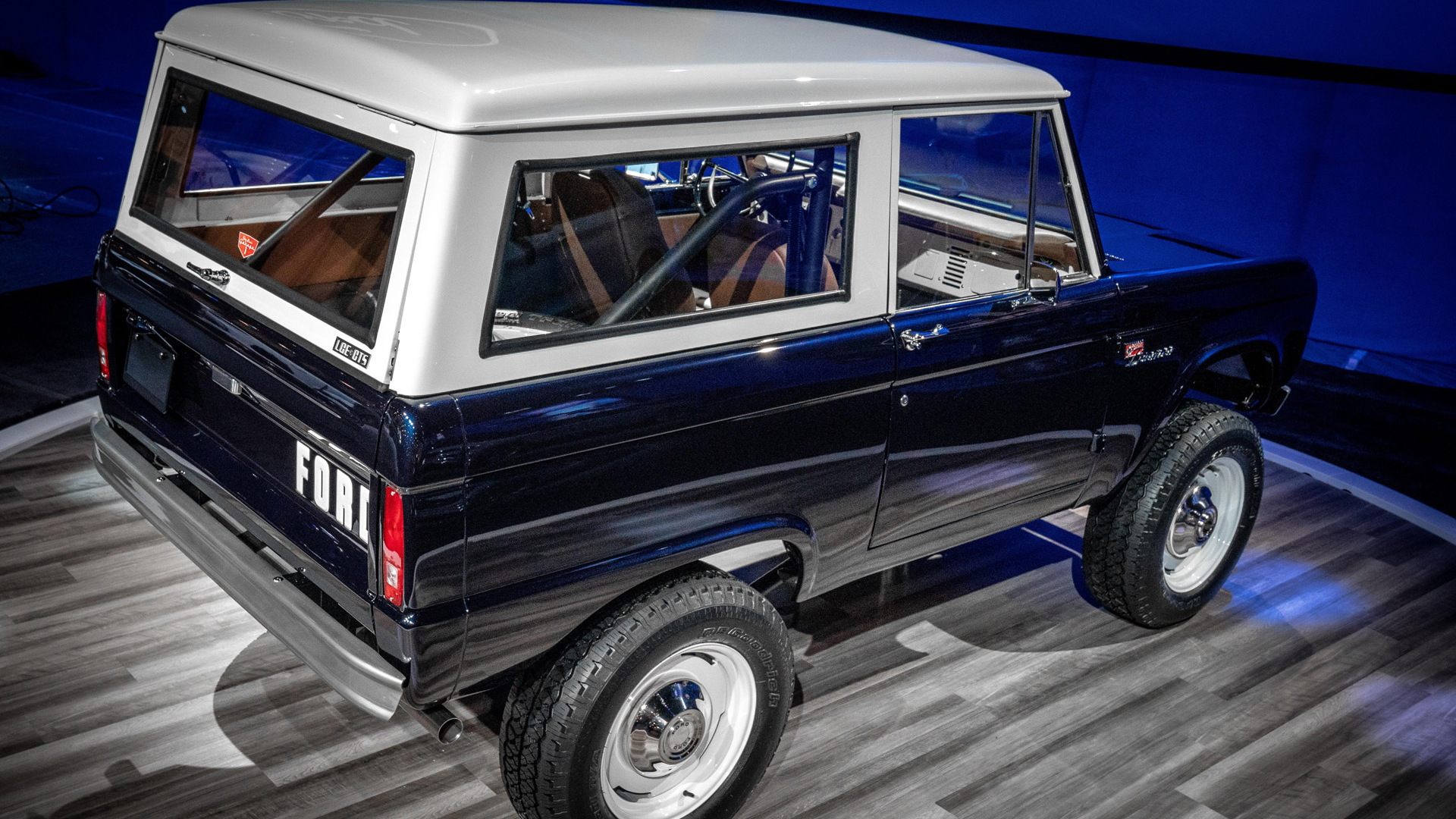 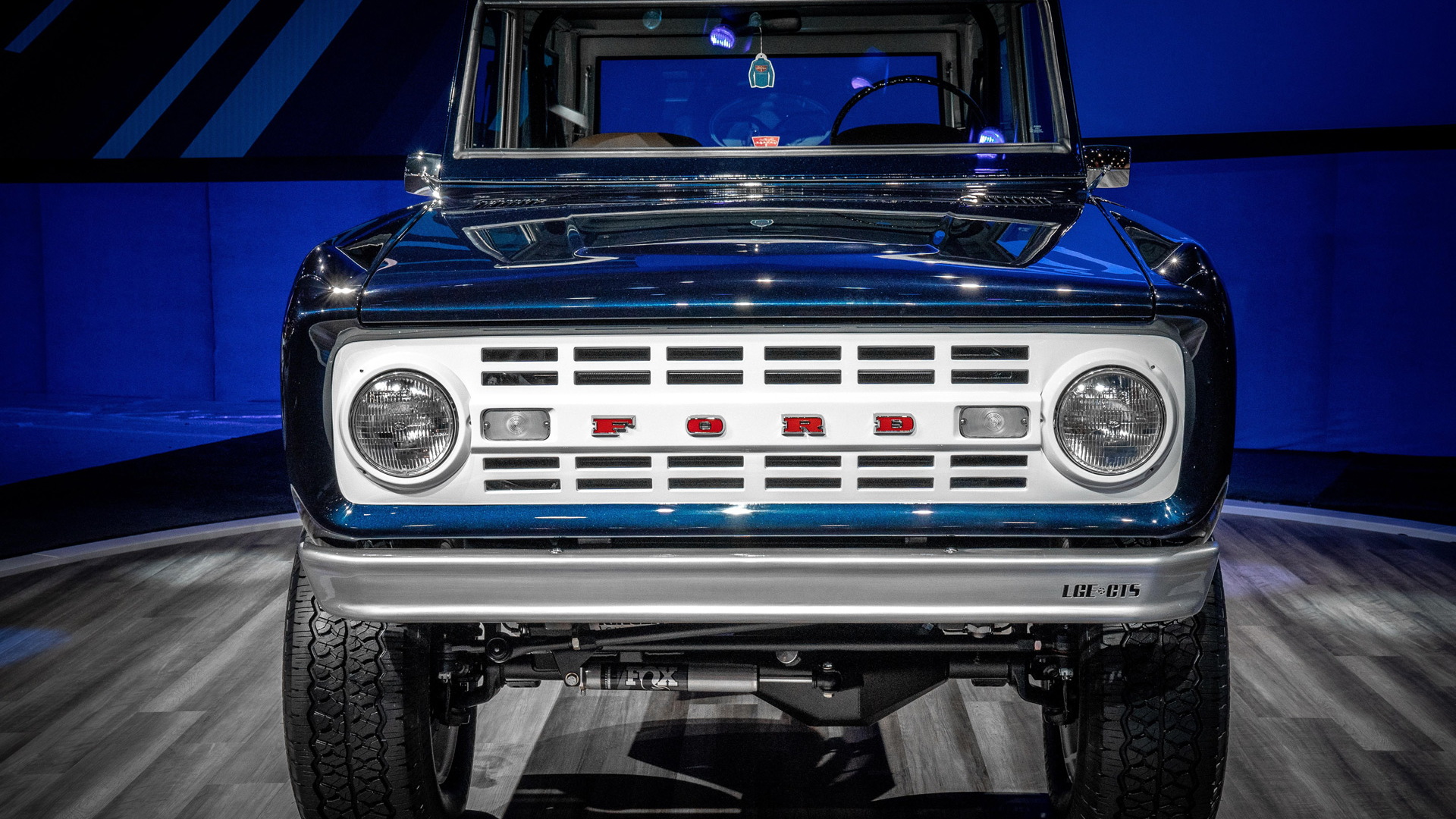 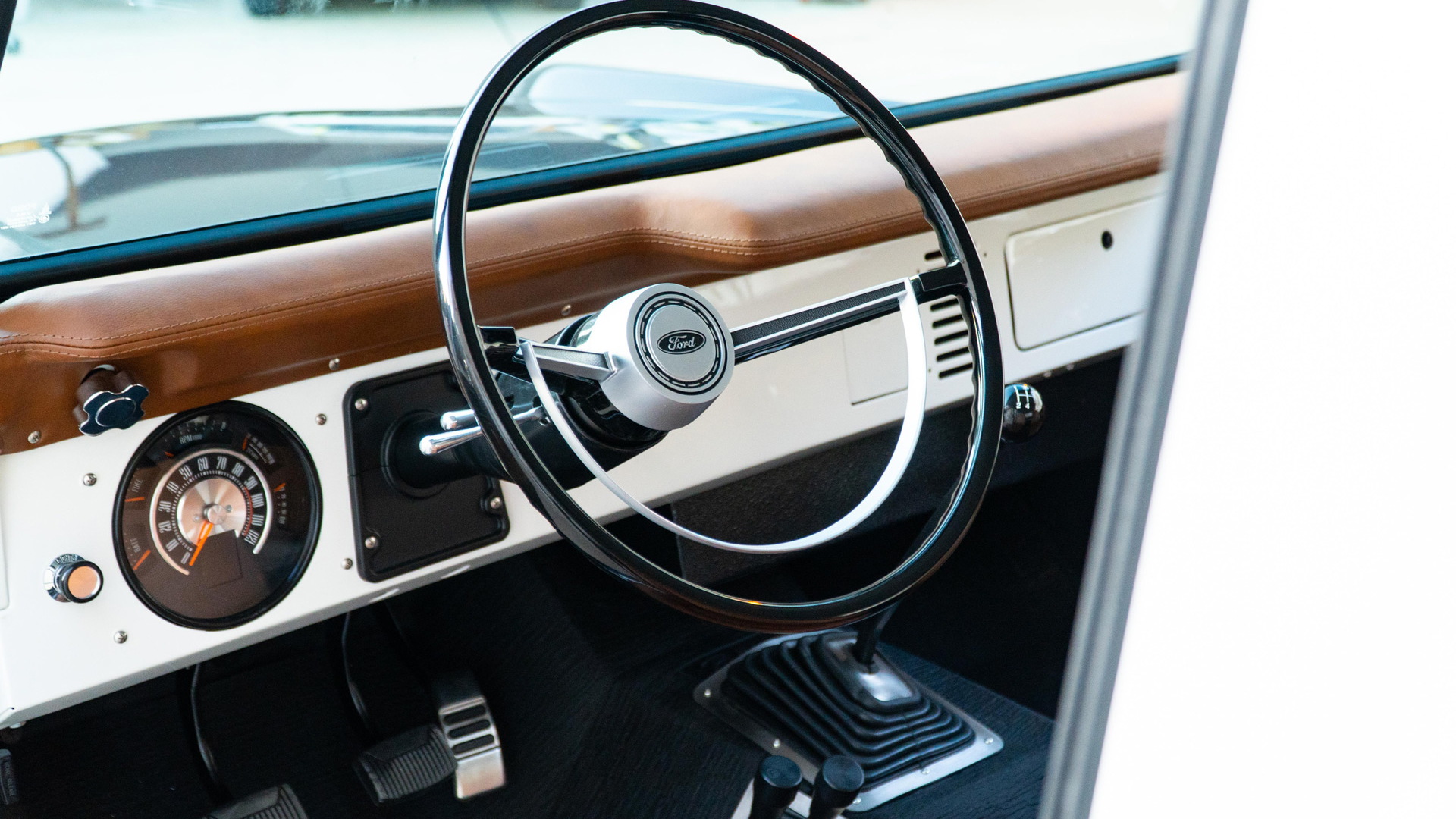 Ford is set to unveil its modern Bronco later today, but an original still exudes loads of street cred, especially if it's been fitted with a V-8 like the one on the latest episode of “Jay Leno's Garage.”

This 1968 Ford Bronco is part of Leno's own collection. The funny man was gifted the SUV on the eve of his last taping of the “Tonight Show” back in 2014 from fellow television host Craig Ferguson. Ferguson previously owned the Bronco and drove it quite a bit in its original condition.

After it sat at the back of Leno's famous garage in Burbank, California, for almost five years, Leno finally got around to restoring it. Oh, it also received an engine swap from the 760-horsepower Ford Mustang Shelby GT500 as part of the restoration.

The restoration work started with a new chassis and the installation of the Shelby GT500's 5.2-liter supercharged V-8, which in this application is mated to a 5-speed manual transmission and heavy-duty four-wheel-drive system. The V-8 was also enhanced with numerous custom items including its airbox, radiator and supercharger coolers, and exhaust system. You'll also notice the supercharger housing now sports Ford's bucking bronco logo instead of Shelby's cobra snake.

For the parts you can see, the team decided to keep things looking original, mostly. The biggest tweak to the exterior is the 3D-printed grille insert up front, while inside you'll find Dakota Digital gauges, delicious Eagle Ottawa genuine leather trim, and a Sony audio system.

“The Bronco was bought to use on the farm or to take your date to the prom and was comfortable in any of these environments,” Leno said at last year's reveal. “The idea of having a classic Bronco upgraded with modern handling, performance and braking really makes it the best of both worlds.”

Given his praise of the Bronco, don't be surprised if Ford's modern Bronco ends up Leno's famous garage in the not too distant future.