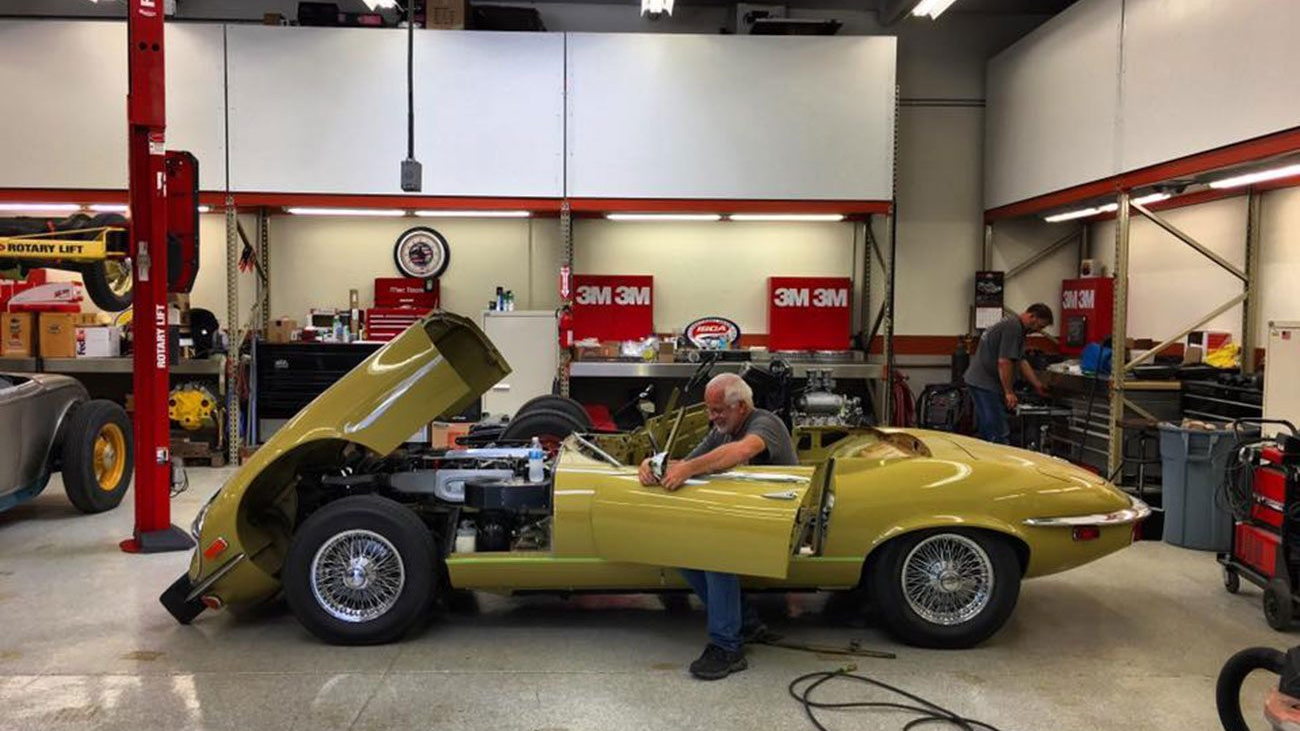 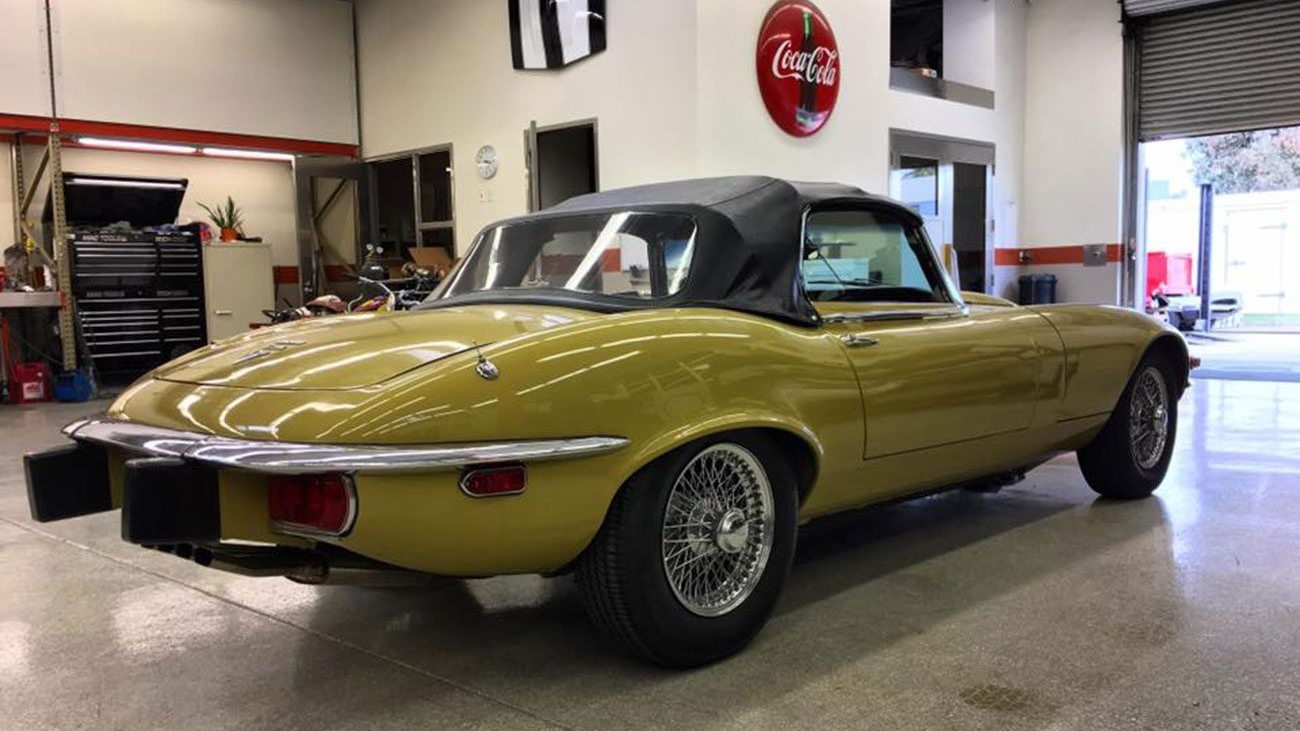 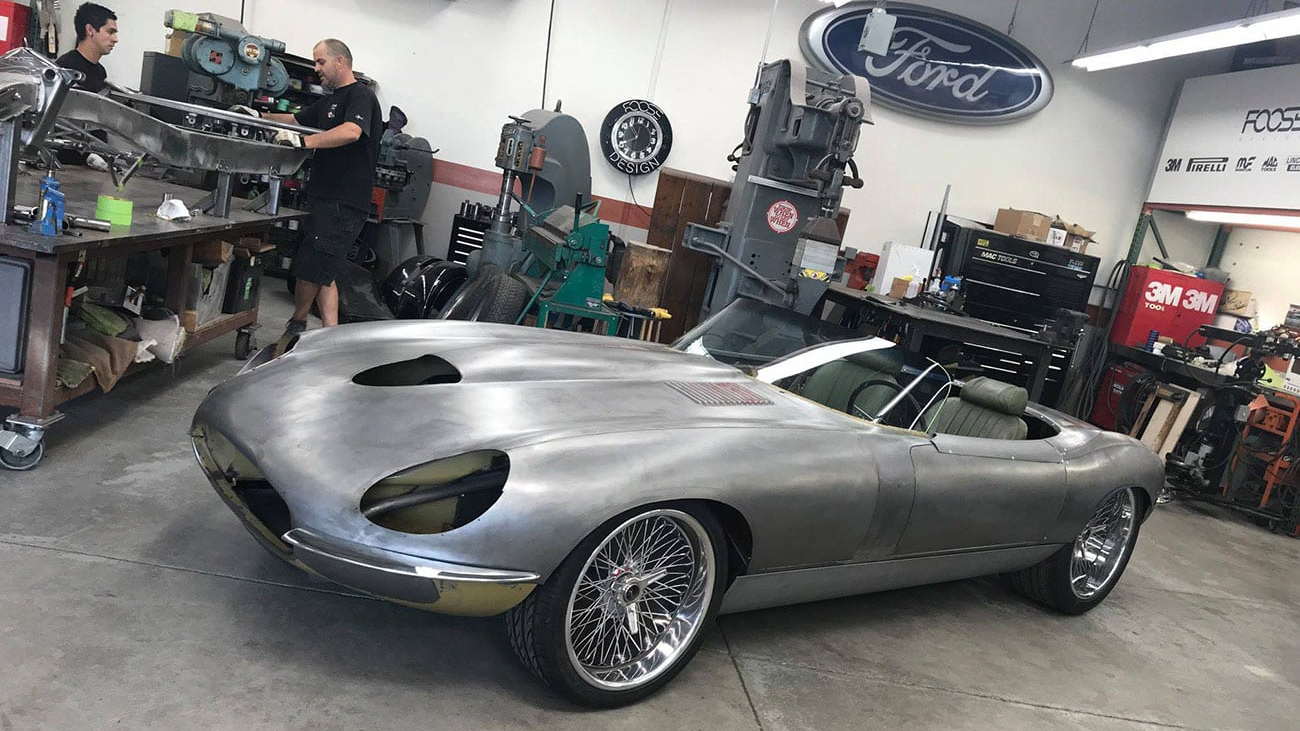 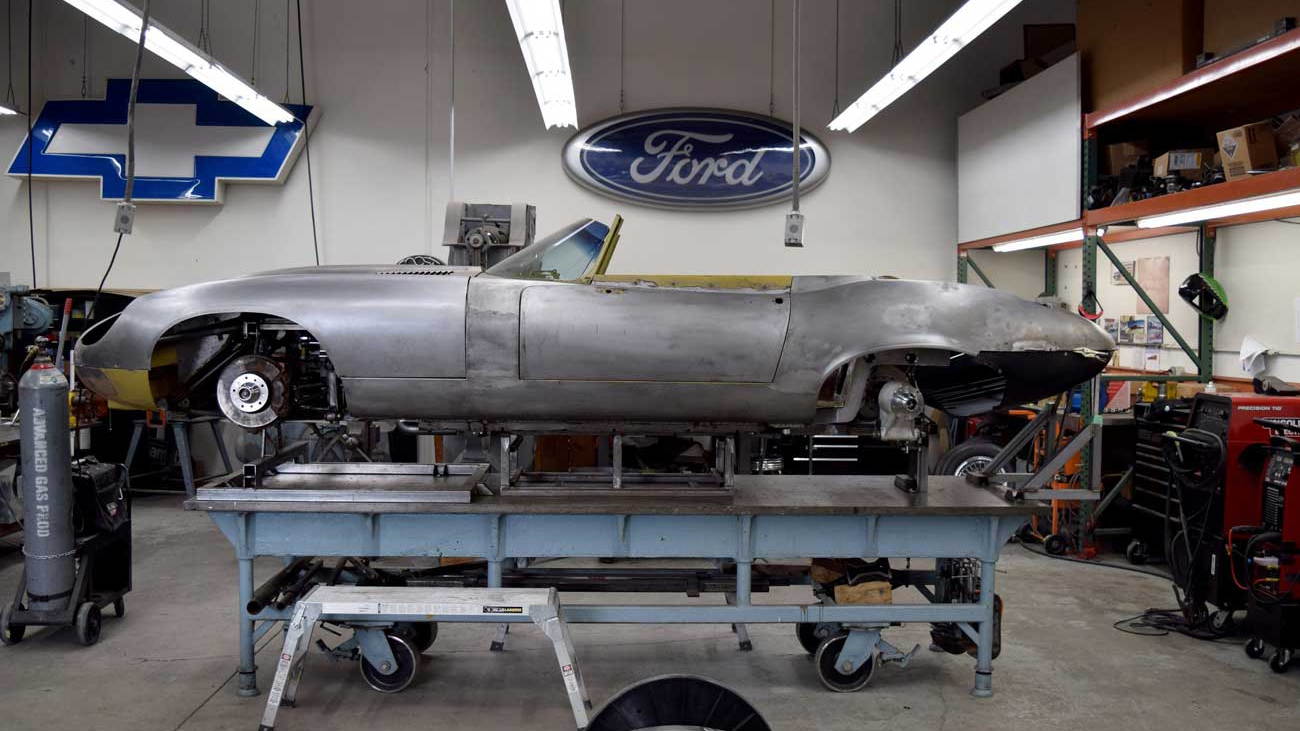 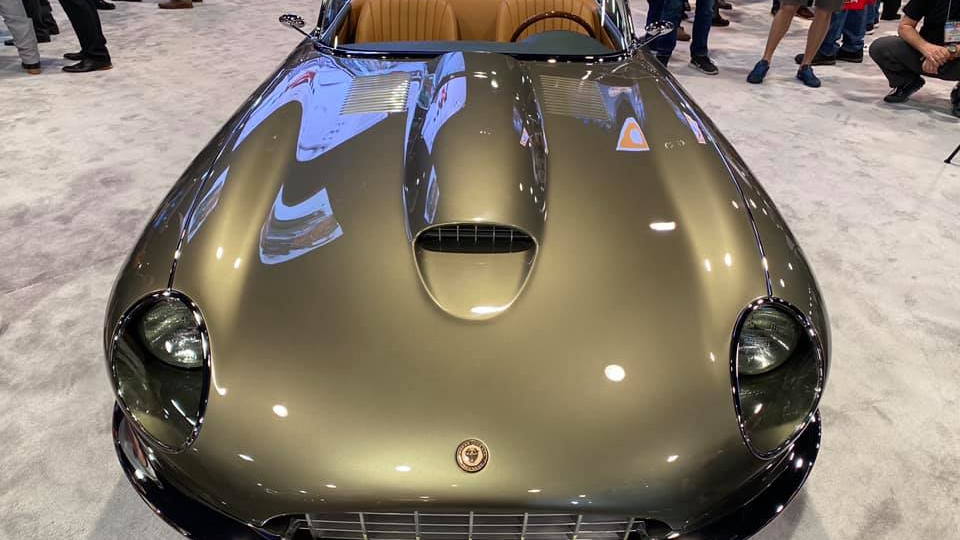 Some people choose to appreciate perfection, and others attempt to improve upon it. In this case, Chip Foose falls into the latter camp.

This 1974 E-Type Jaguar, which was shown to the public at the SEMA show, started life as a bone-stock roadster. It came out the other end with a GM LS3 V-8 and matching 4L60E 4-speed automatic transmission, along with exhaust, brake, and suspension upgrades. In their own words, Foose and his team attempted to "build upon that legacy of subtle elegance and create an understated, yet high-performing, two-seated gentleman’s roadster."

The E-Type got a complete exterior design overhaul, including new takes on the rocker panels, hood scoop, rear end, lower front fascia, and windshield. Foose also trimmed the doors, installed updated headlights and resectioned the bumpers, finishing off the exterior with bespoke 20-inch wire wheels on Pirelli P Zero tires. Inside, the E-type got a custom leather interior.

Foose's build manages to retain most of the elegance of the original. Apart from the too-large (and too-wide) wheels, this reimagined E-Type still looks the part of a classic British roadster, even if its powered by a modern, American V-8.

Is it more beautiful than the original? Not in our eyes, but we invite readers to comment below.

The "LS all the things" crowd had a lot to enjoy at SEMA this year, and this Jaguar wasn't even the most extreme example of American V-8 blasphemy. That honor goes to the shop B is for Build, which transformed the burned-out shell of a Lamborghini Huracán into an LS-powered, twin-turbocharged, 1,500-horsepower monster packing a manual transmission and body panels from a Huracán Super Trofeo.