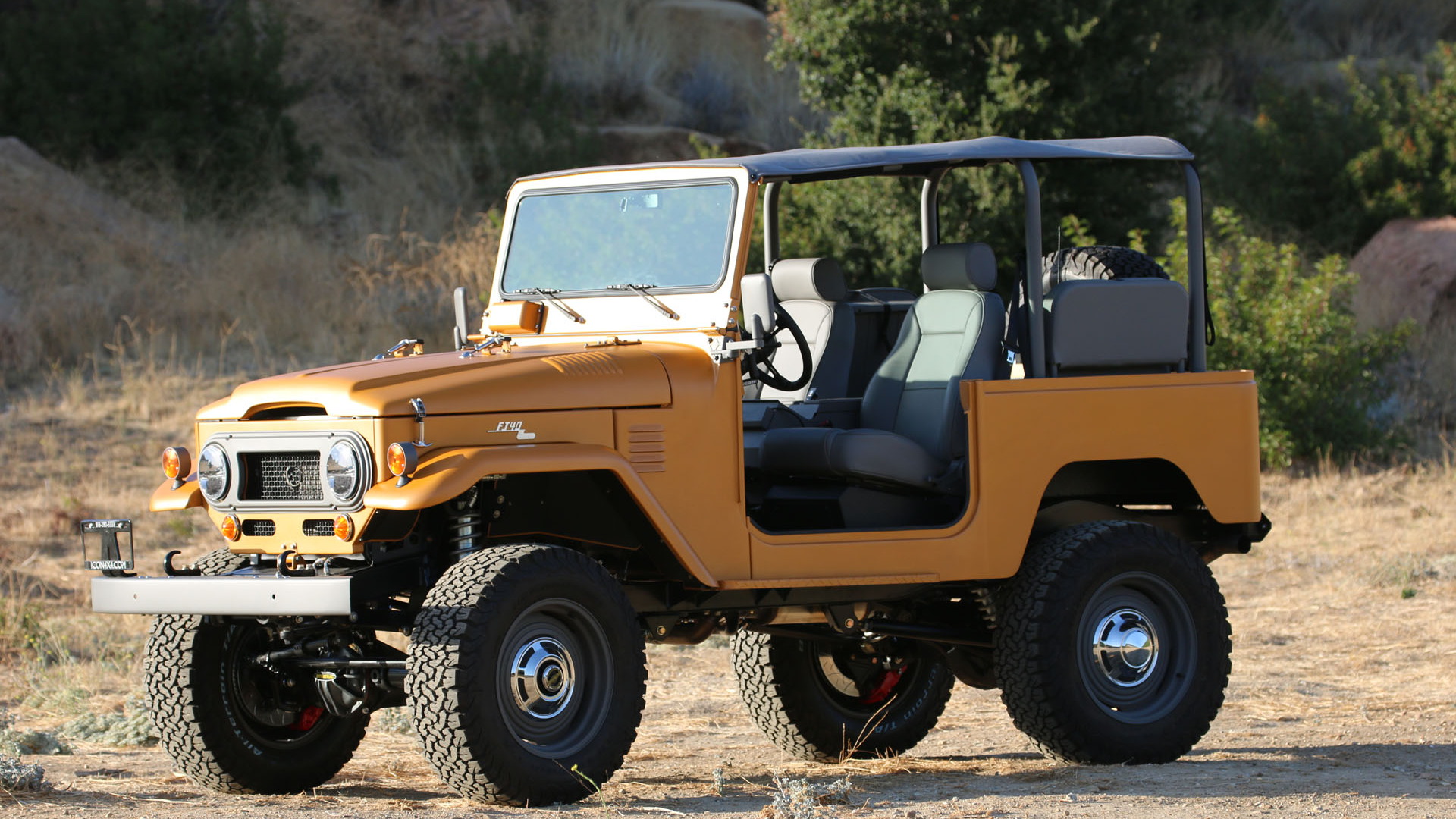 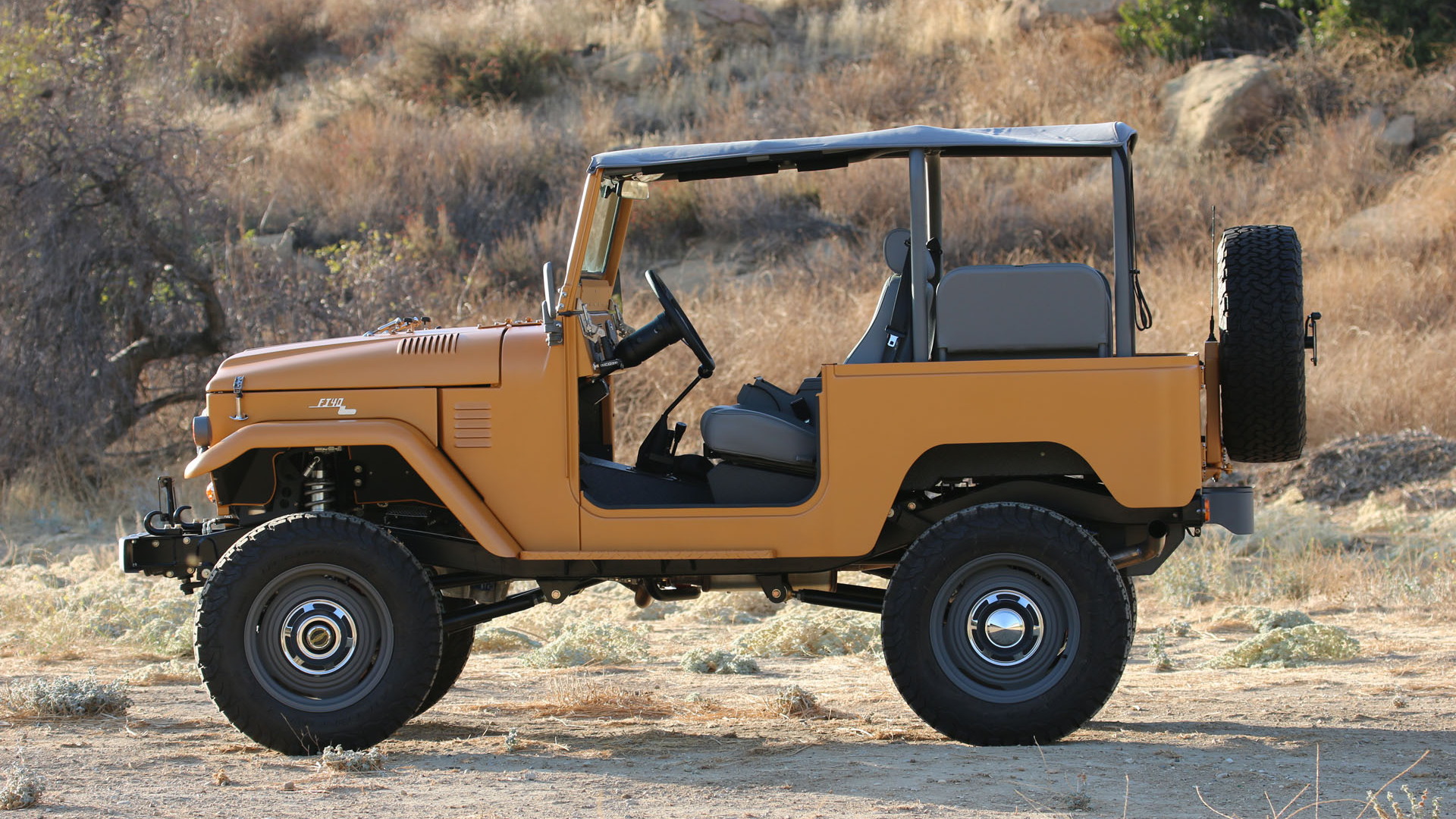 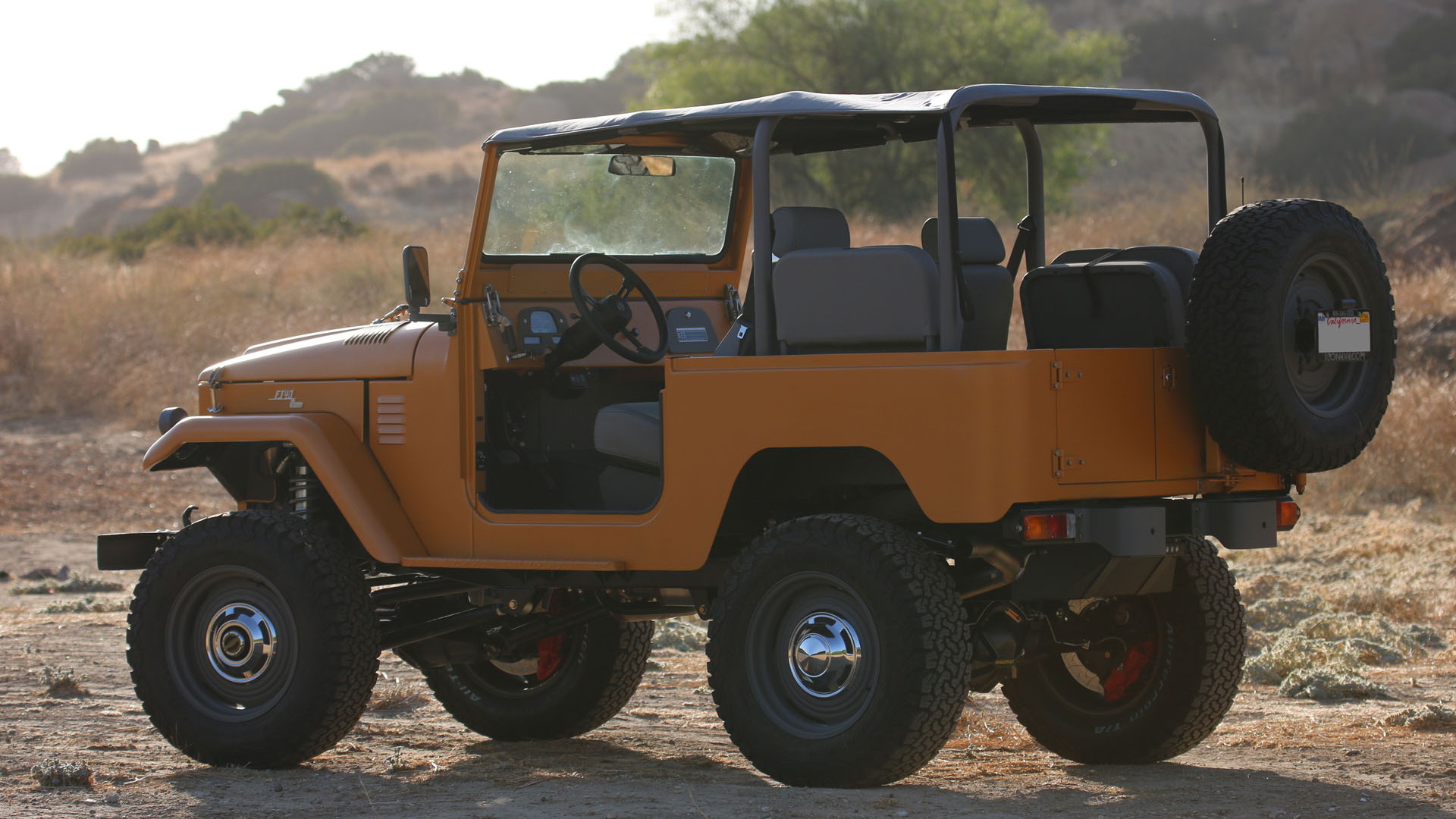 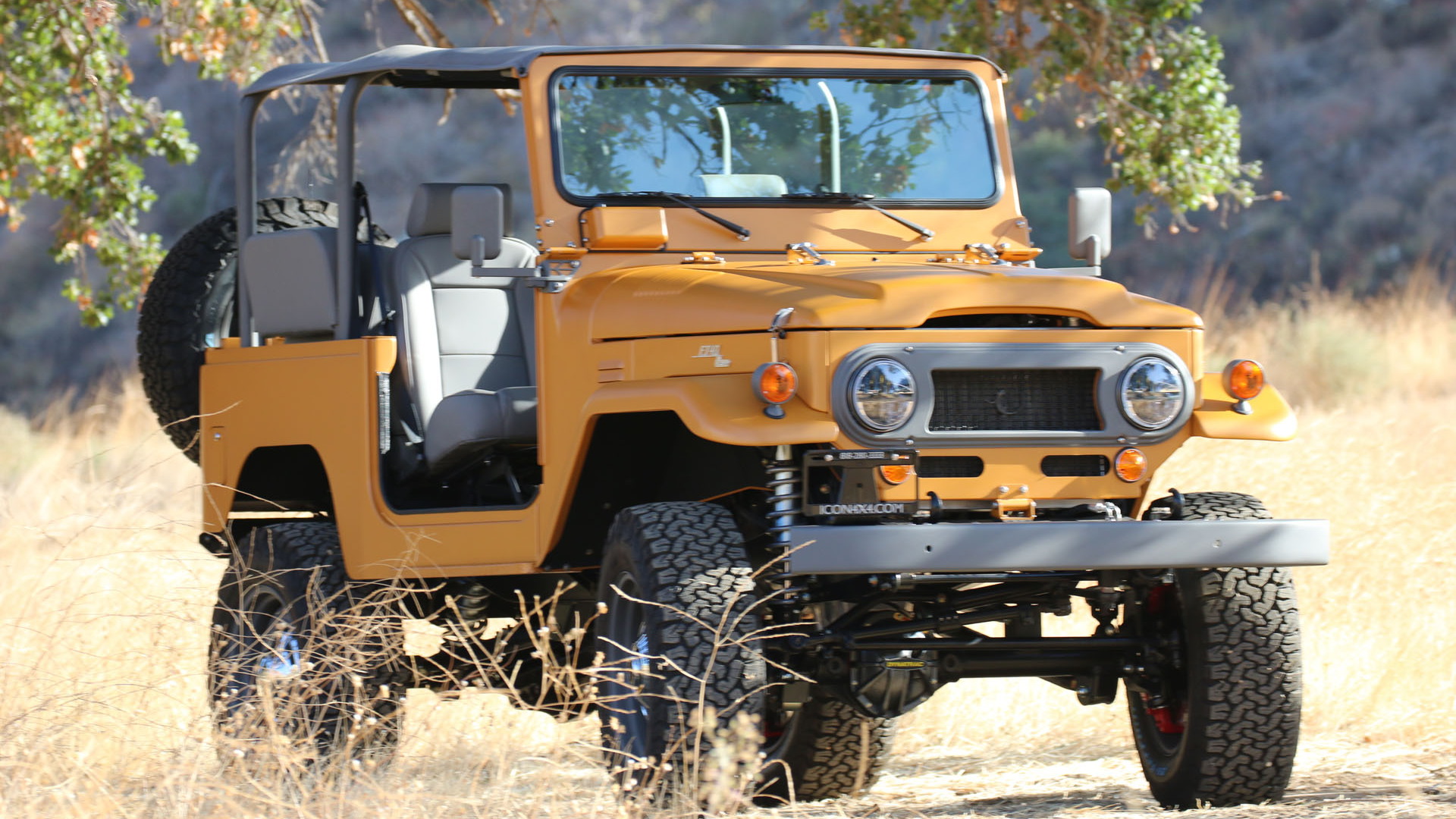 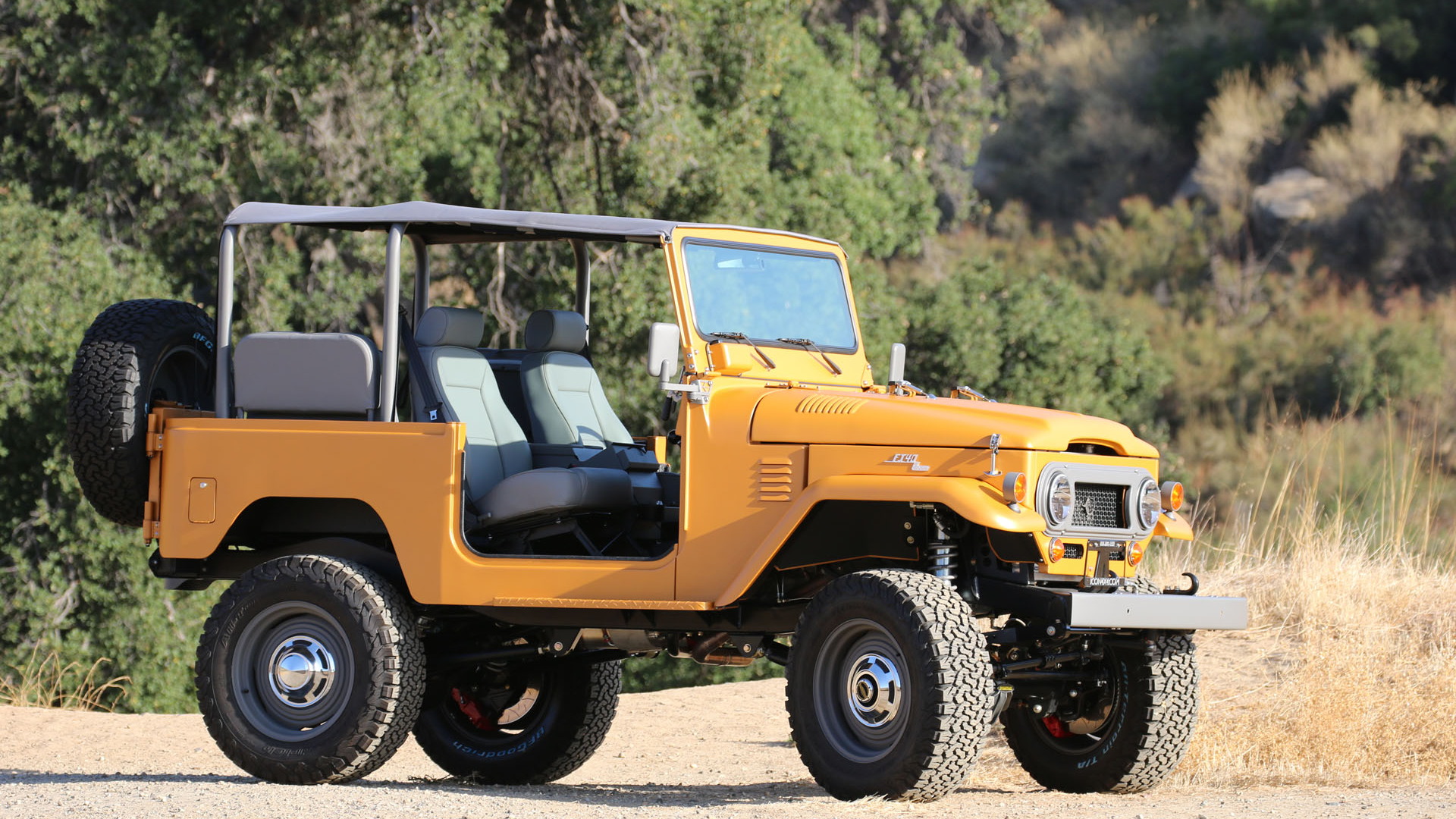 Fans of classic 4x4s tend to appreciate their simple forms, basic amenities, and rugged durability, but Calfornia design and engineering house Icon reckons that even some of the simplest classics aren't quite as bare-bones as some might like. Enter the Icon FJ Roadster, which debuted at this year's SEMA show.

The Icon FJ Roadster is a new offering aimed at buyers looking for a modern version of a stripped-down historic off-roader. From all appearances, this FJ40 is about as basic as it gets, with clean, crisp finishes, no air conditioning or heater, no doors, and an almost-factory aesthetic. However, upon closer examination, this old-school 4x4 boasts a lot of cleanly implemented new-school tech and conveniences that have been cleverly disguised beneath a tidy, well-thought-out exterior.

"We are probably best known for obsessing on small details," said Icon co-founder/lead designer Jonathan Ward. "But for the FJ Roadster, we decided to go super-simple: no A/C, no doors, less weight."

To achieve this, Icon strips a Toyota FJ40, which was built from 1960 to 1984, down to its bare essentials and rebuilds it from there. The seats are of lightweight construction, and while they boast comfort touches such as three-stage heating elements, those components are made of carbon fiber to minimize their weight contribution.

Likewise, the FJ Roadster's entertainment system is a modern unit with wireless Apple CarPlay and a five-channel digital amplifier, but you wouldn't know that from the dashboard; everything is neatly tucked away and virtually invisible. The gauges appear analog, but the underlying electronics are based on modern, OBDII technology.

Perhaps the sneakiest element is the FJ Roadster's powertrain, which has also been thoroughly modernized. This example boasts a 6.2-liter General Motors LS-series V-8 with 430 horsepower and 450 pound-feet of torque mated to a 5-speed manual transmission and the factory 4x4 system. Buyers can also opt for an automatic transmission, as well as a 2.8-liter Cummins diesel.

This exercise in minimalism creates a juxtaposition between classic form and modern capability. Think of it like a modern Hummer H3 disguised as a classic Land Cruiser; or, as Ward puts it, "a pair of all-terrain sport sandals."

Icon's efforts to modernize the FJ Land Cruiser don't come cheap, despite the minimalist theme. The Icon FJ40 Roadster starts at $185,000, which is $30,000 less than other, better-equipped FJs offered by the company. That's a lot of money, but Icon creates smart, beautiful, and thoroughly modernized vehicles that maintain their old-school aesthetic.