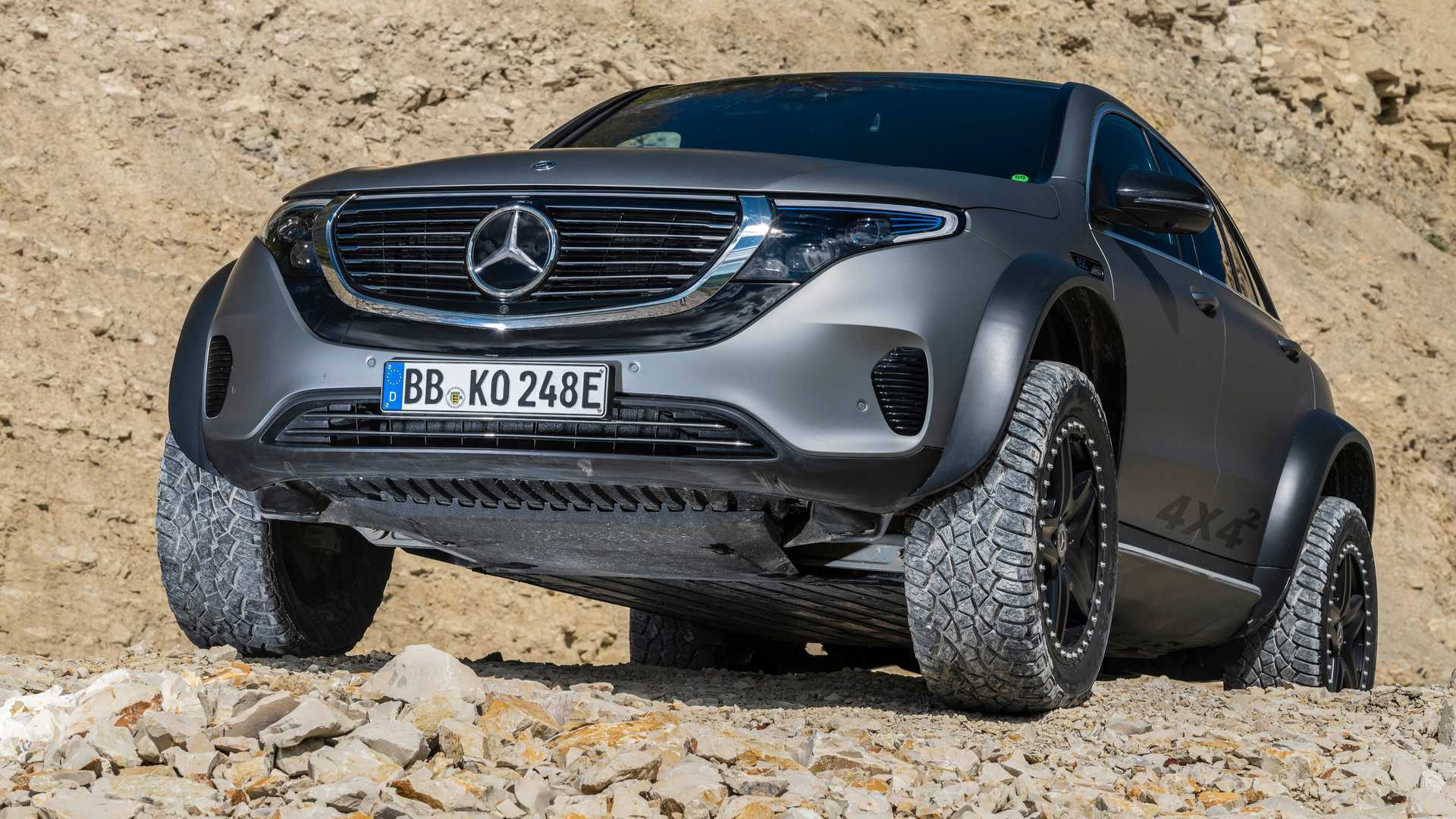 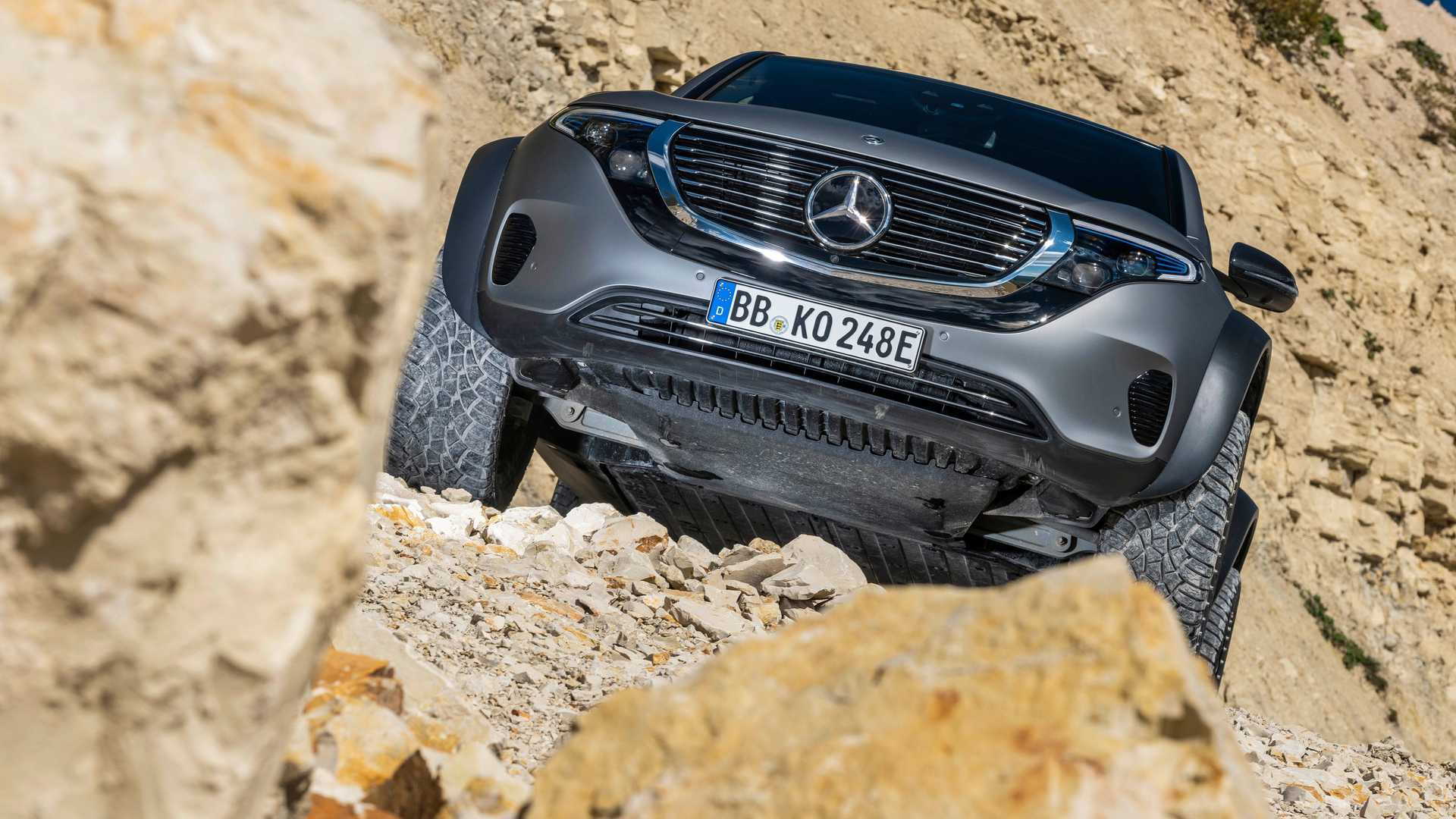 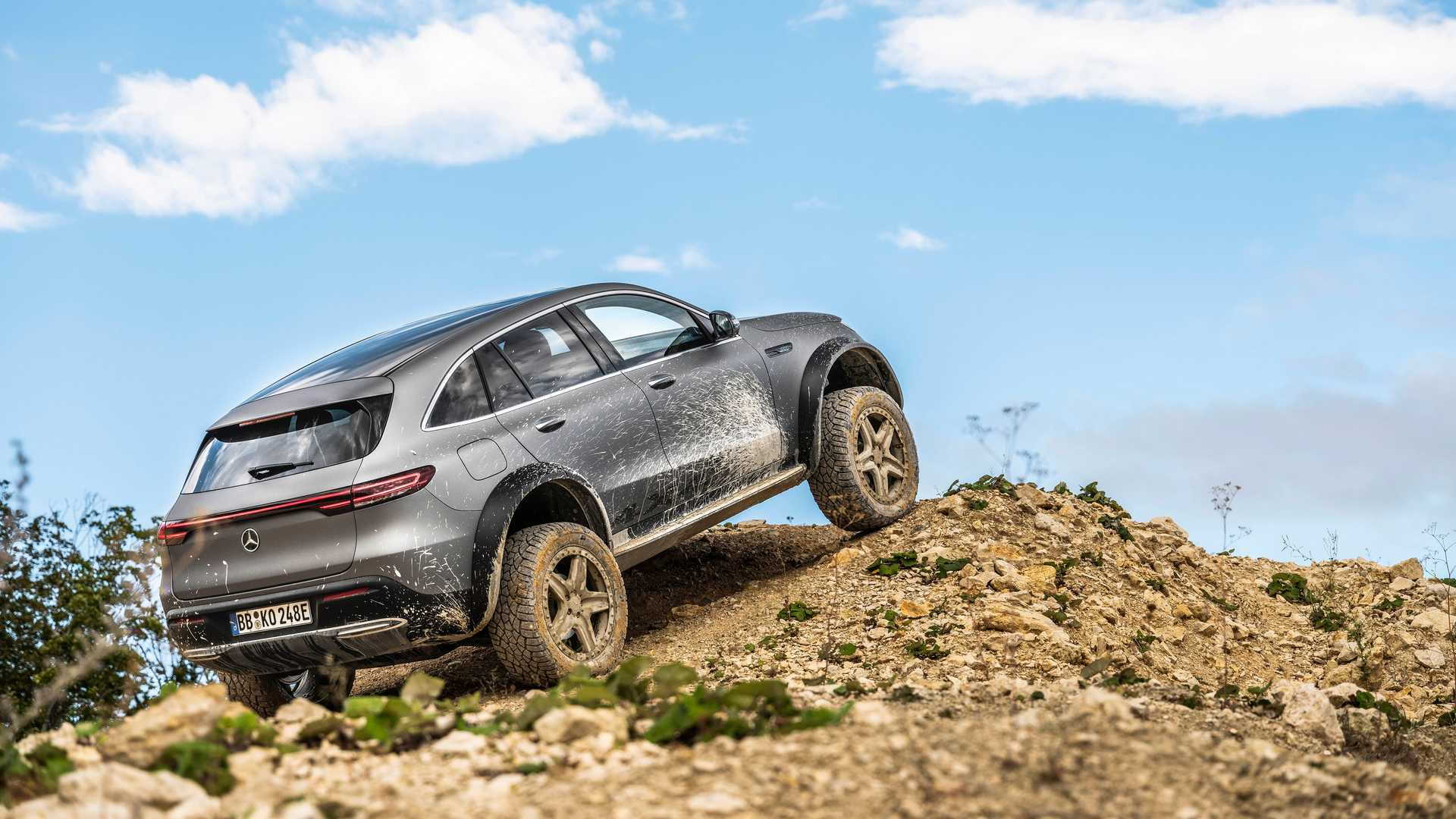 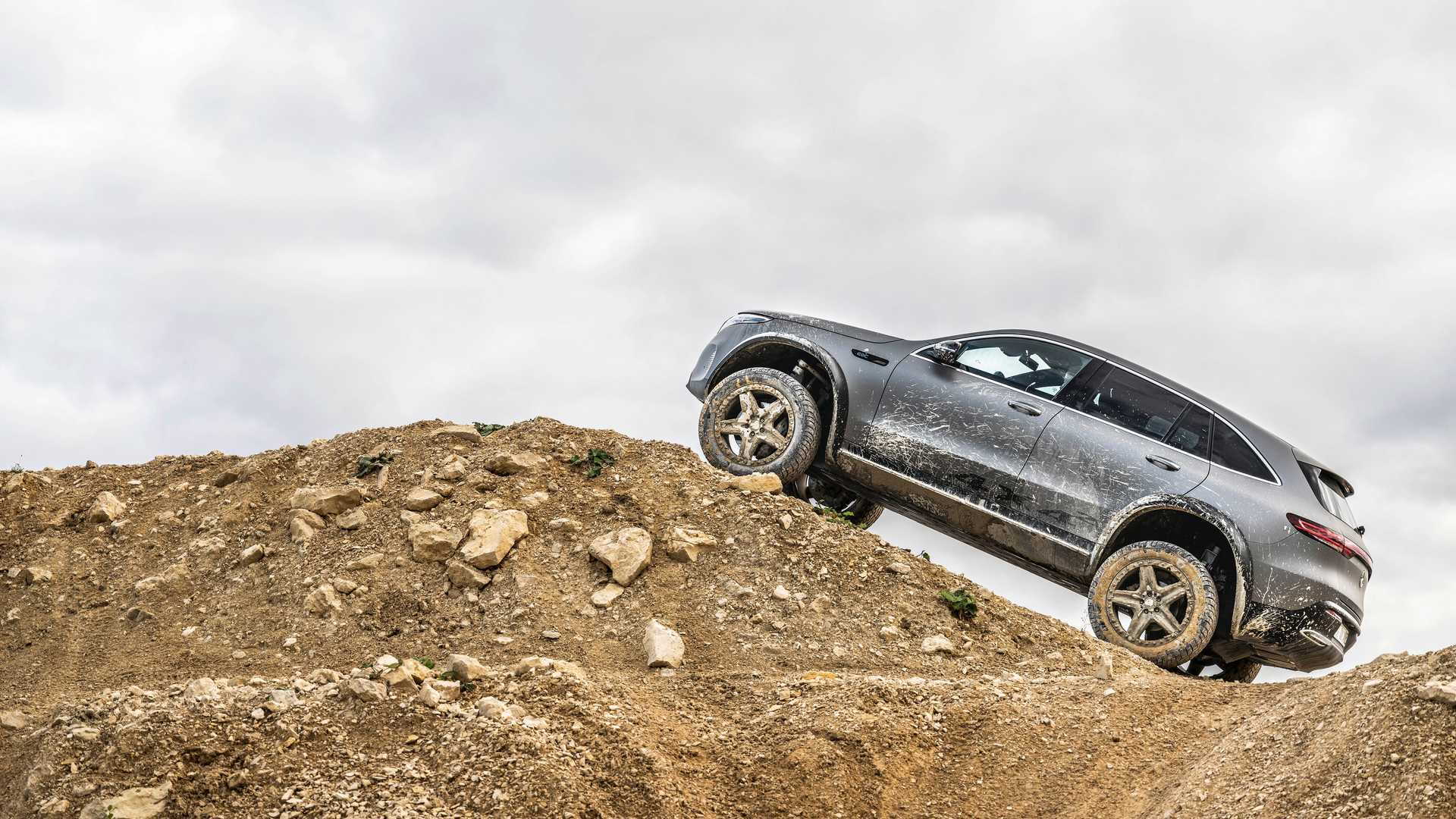 Mercedes-Benz has coupled the extreme off-road hardware of the G-Class 4x4 Squared with the EQC battery-electric SUV to preview the future of off-roading.

The resulting EQC 4x4 Squared you see here is strictly a concept, but development of its off-roading system lays the groundwork for future electric all- and four-wheel-drive systems from Mercedes, including potentially the system destined for a planned electric G-Class.

The concept is based on the EQC 400, and the production powertrain remains. It consists of an 80-kilowatt-hour battery powering a motor at each axle which together develop a peak 402 horsepower and 564 pound-feet of torque.

You'll notice the EQC 4x4 Squared sits much higher than the standard EQC. It's almost eight inches higher, in fact, resulting in a ground clearance of about 11.5 inches. The approach, departure and breakover angles also come in at 31.8, 33 and 24.2 degrees respectively, and the fording depth is almost 16 inches.

This is thanks to the revised suspension setup which features the same portal axles used on the G-Class 4x4 Squared. Unlike conventional axles, the wheels don't sit at the height of the axle center, but are instead situated much lower down on the axle hubs owing to the portal gears. The downside (or perhaps bonus) of the setup is that the track is made much wider, necessitating the makeshift wheel arch flares. The wheels are a 20-inch set wrapped with 285/50-size tires.

A new off-road mode is also added to the vehicle's various drive modes. This off-road mode borrows programming from the GLC. For example, using targeted brake interventions, this enables an improved torque curve when starting on loose ground. Energy is also recovered when the vehicle is descending a hill, helping to slow the vehicle while adding energy back into the battery.

"This drivable study clearly shows that alongside a passion for e-mobility, we at Mercedes-Benz lay a strong claim to leadership in this sector and will heighten the emotional appeal of this even further in the future," Markus Schaefer, Mercedes R&D chief, said in a statement.

While we know an electric G-Class is in the pipeline, a new generation of the G-Class 4x4 Squared based on the V-8-powered G550 is coming much sooner. Prototypes are running around without any camouflage gear, suggesting the debut isn't far.