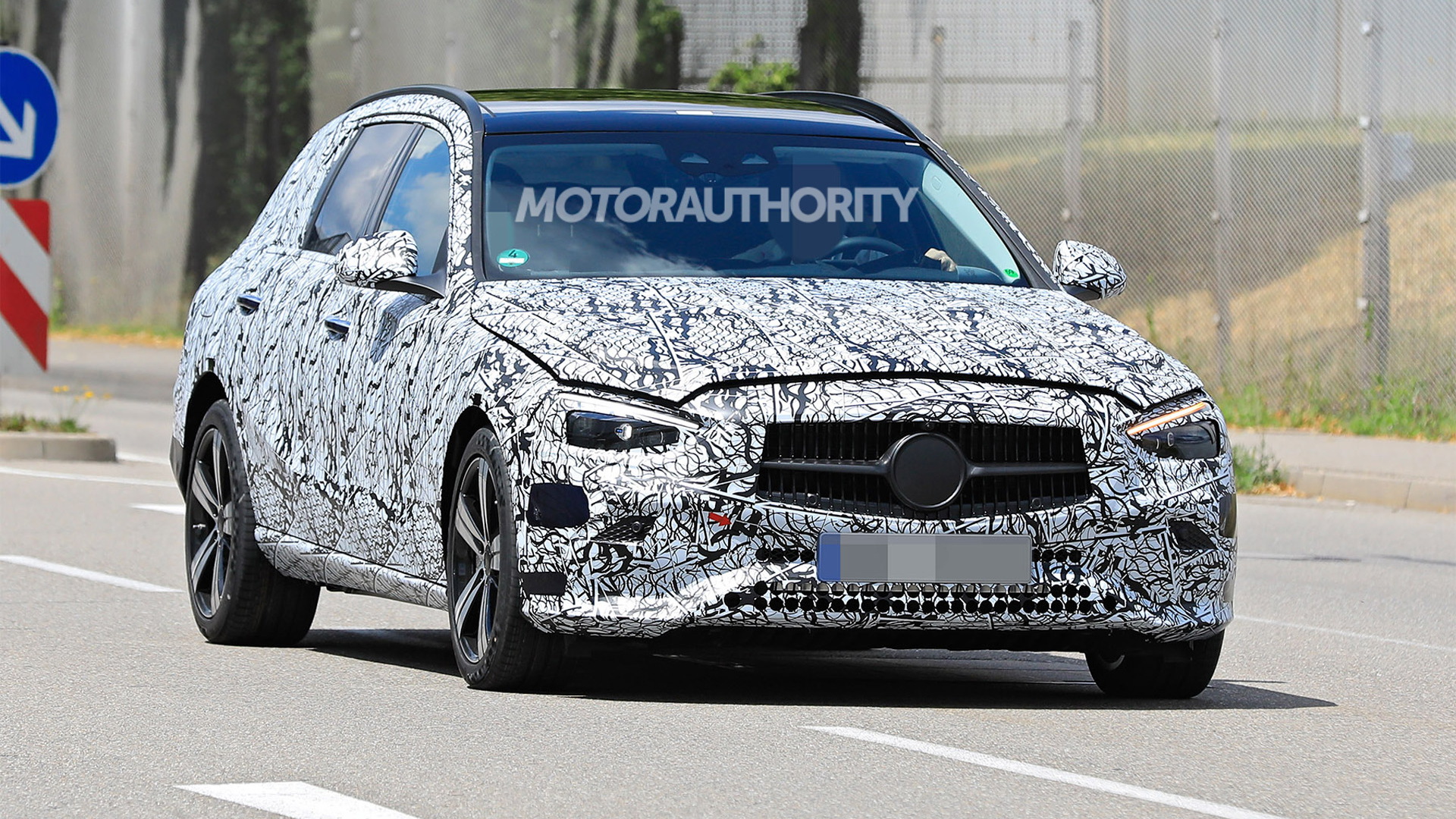 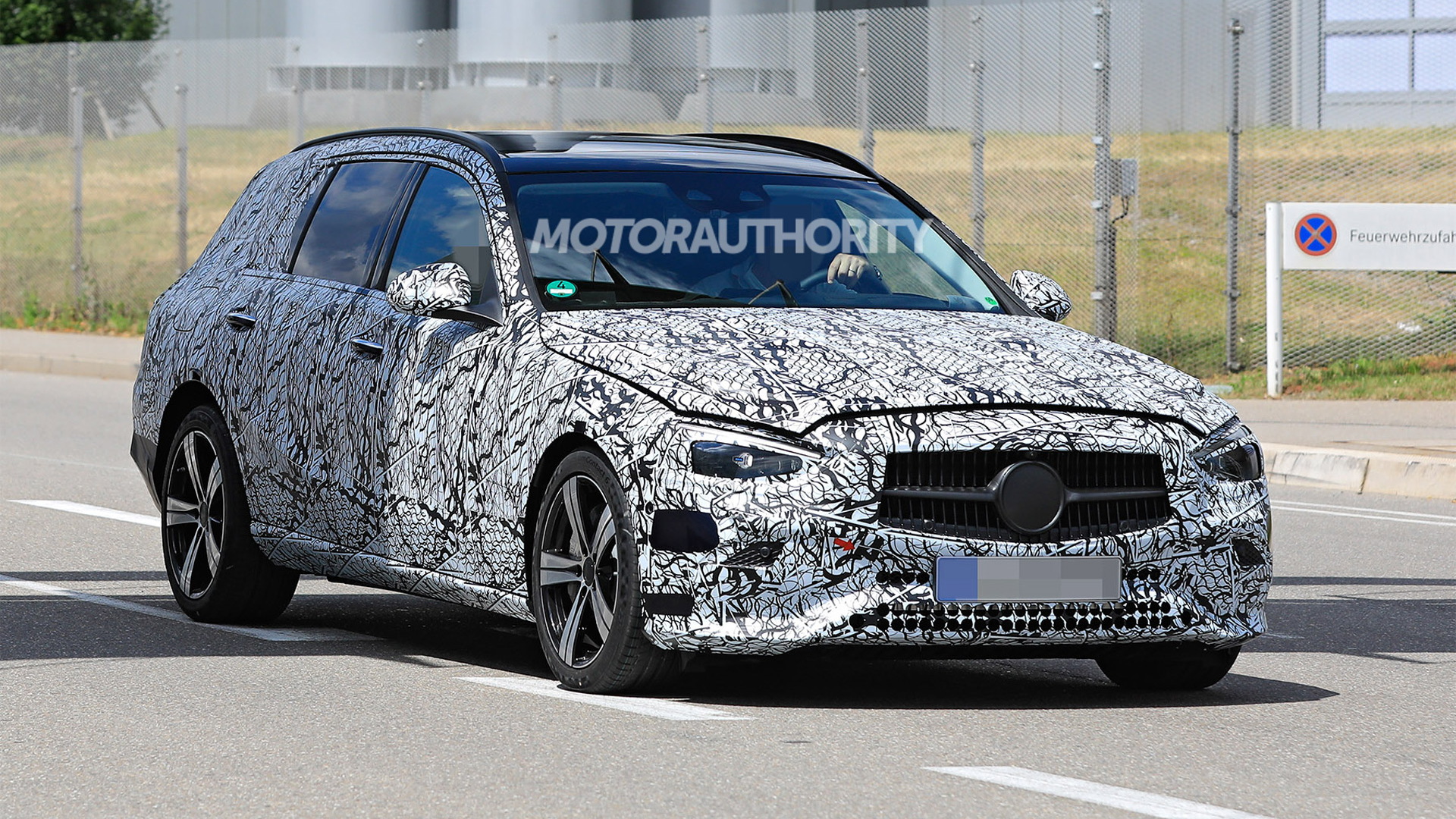 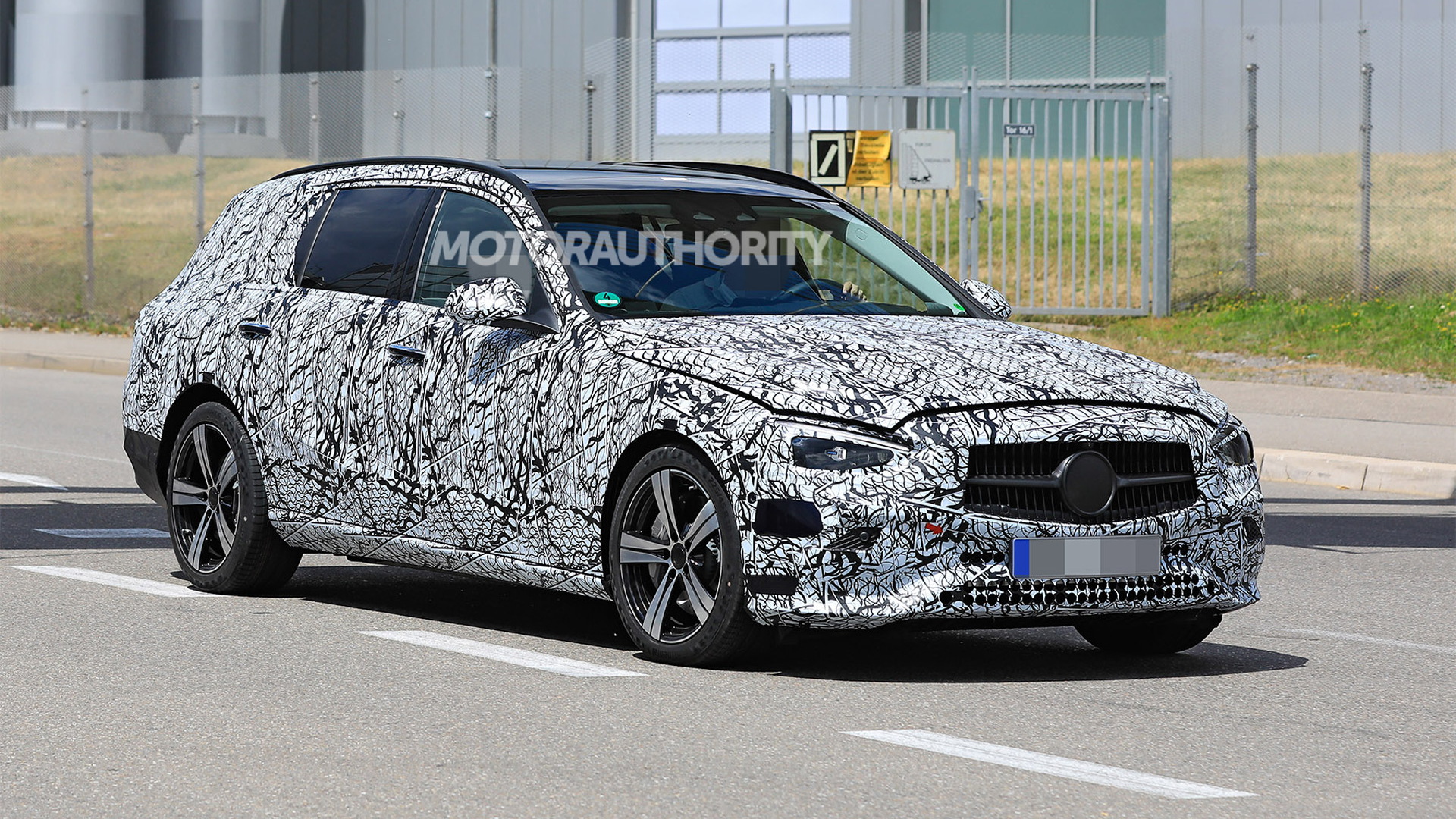 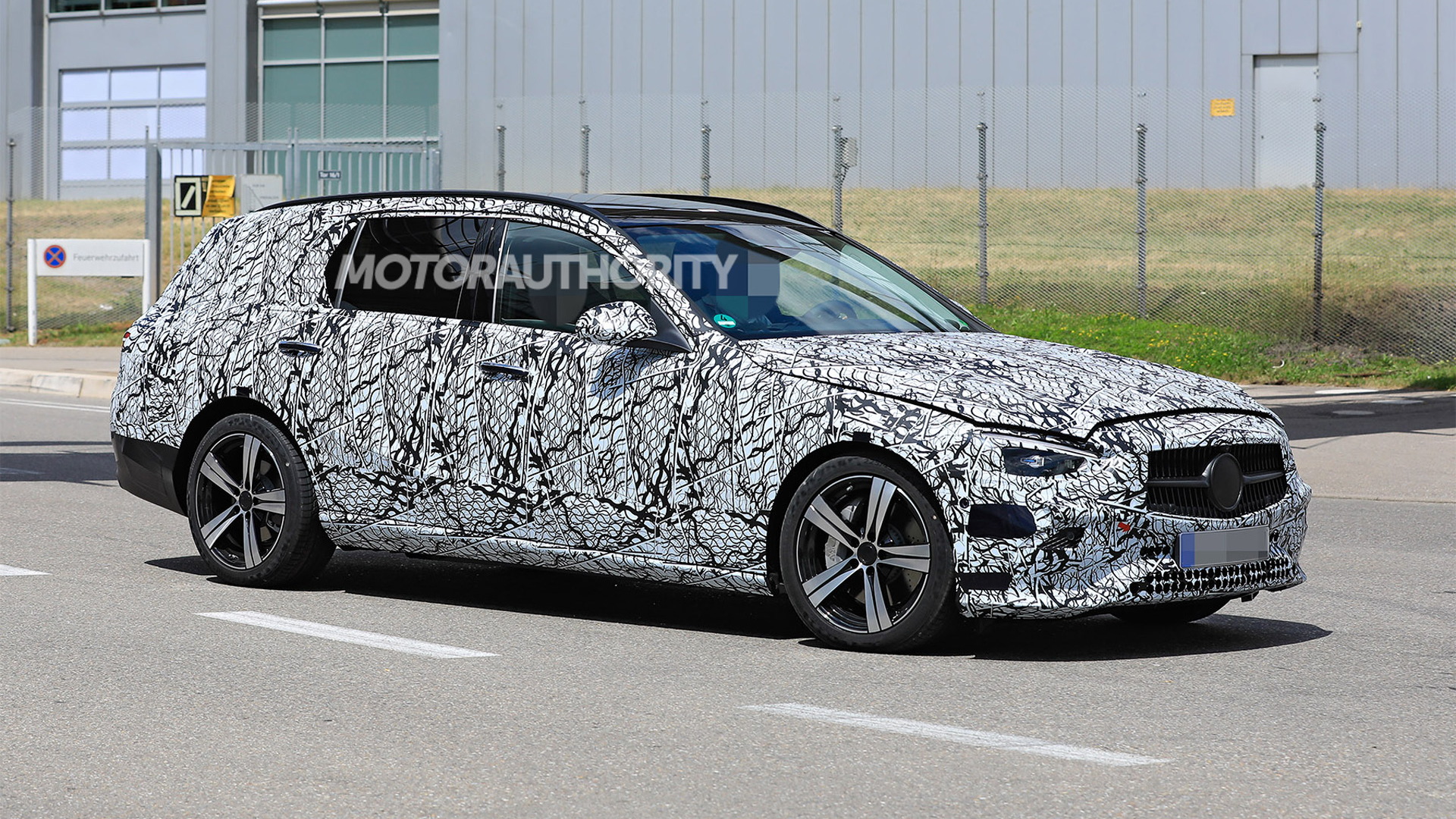 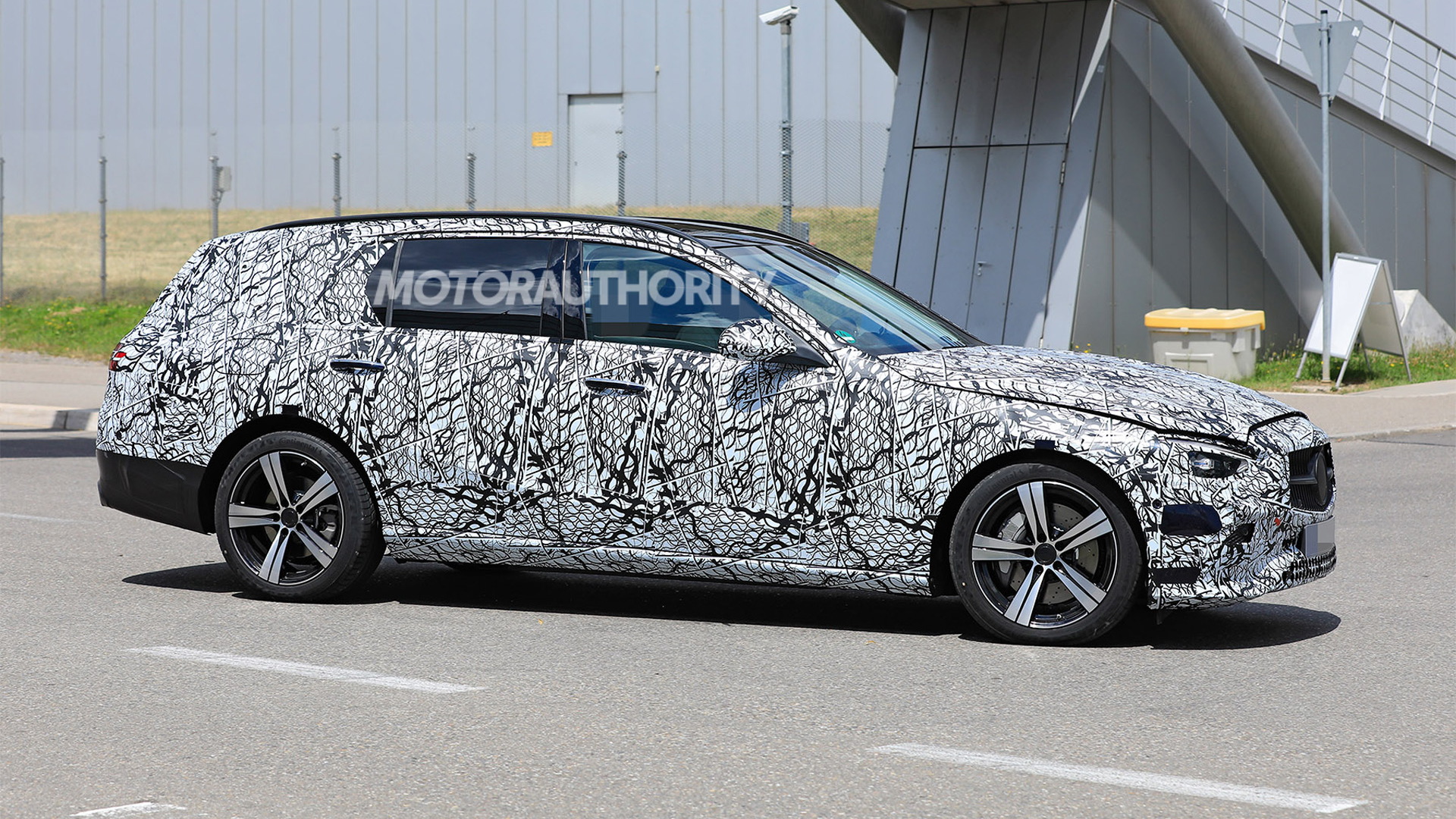 A new generation of the Mercedes-Benz is coming next year, and we've got fresh spy shots of the car's wagon body style.

Don't get too excited because we're unlikely to see it on sale in the United States. Elsewhere, it should trail the sedan by only a few months, meaning a launch in late 2021 or early the following year.

The prototypes for the C-Class Wagon (C-Class Estate in some markets) are heavily camouflaged but the size and proportions appear similar to those of the current generation. The front looks to sit lower however.

The interior should be very modern, with a digital instrument cluster, augmented reality head-up display, and a large infotainment screen all expected to be made available. The infotainment will be powered by a second-generation of Mercedes' MBUX operating system debuting later this year in a redesigned S-Class.

The current C-Class Wagon is about 3.7 inches longer overall than its sedan counterpart, and its wheelbase about 3.1 inches longer. Storage space in the rear is about 17 cubic feet, expanding to 53 cubic feet with the rear seats folded. The numbers should be similar for the new generation.

Underpinning the new C-Class is an updated version of the current generation's MRA rear-wheel-drive platform. The updated version will bring significant weight savings primarily through increased use of aluminum over steel. This has been made possible due to advanced joining technologiesincluding aluminum to steel welding.

Depending on the market, the base powertrain should be a 2.0-liter turbocharged inline-4. There will be sporty options, too, including C53 and C63 models from Mercedes-AMG. The latter is expected to forgo the current C63's twin-turbocharged V-8 in favor of an electrified powertrain packing a turbocharged 4-cylinder.

Even though the U.S. misses out on the C-Class Wagon, local Mercedes fans seeking a longroof can always opt for the E-Class Wagon. There's also a soft-roader version, the E-Class All-Terrain, that's just been added for the 2021 model year.