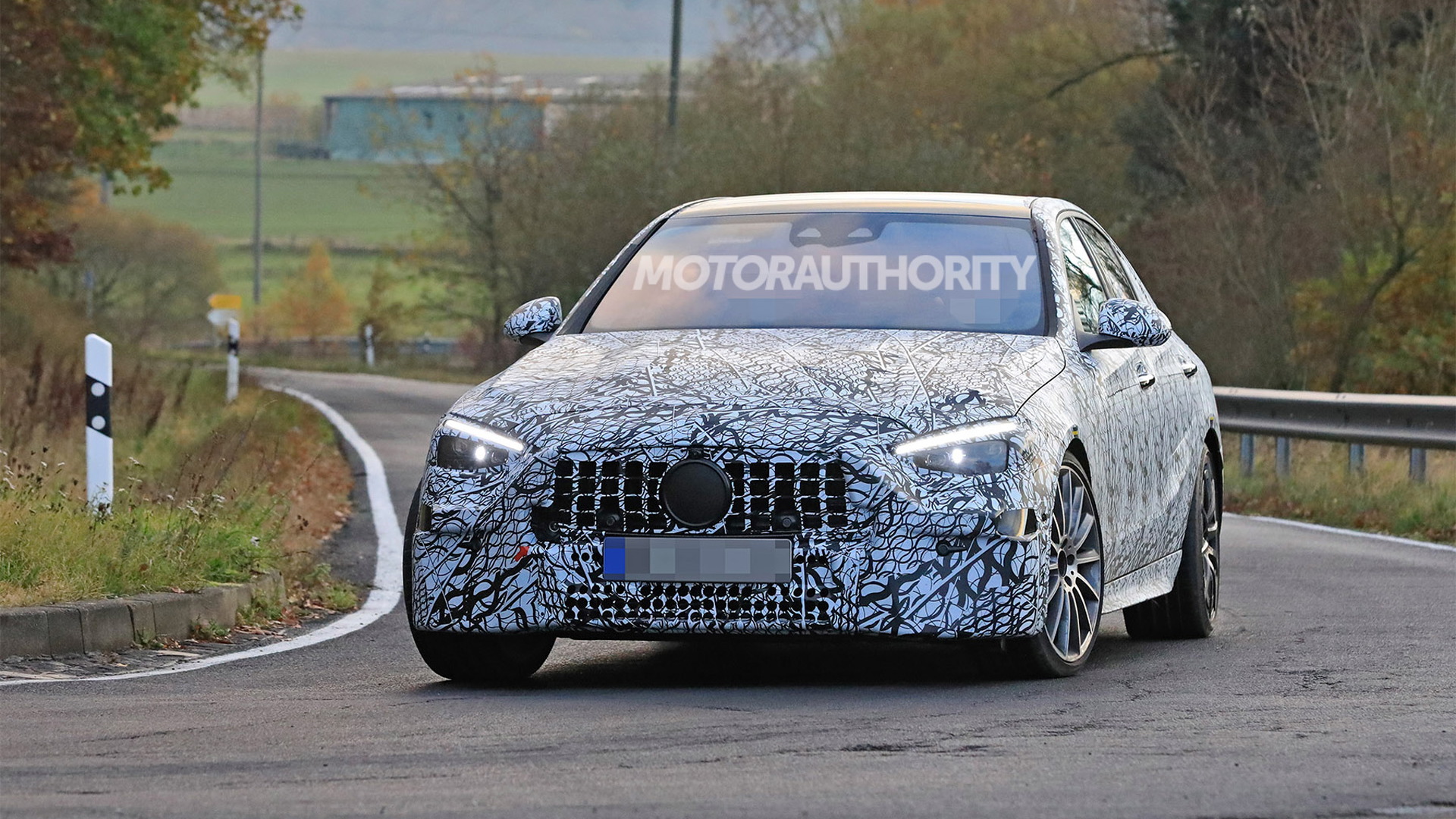 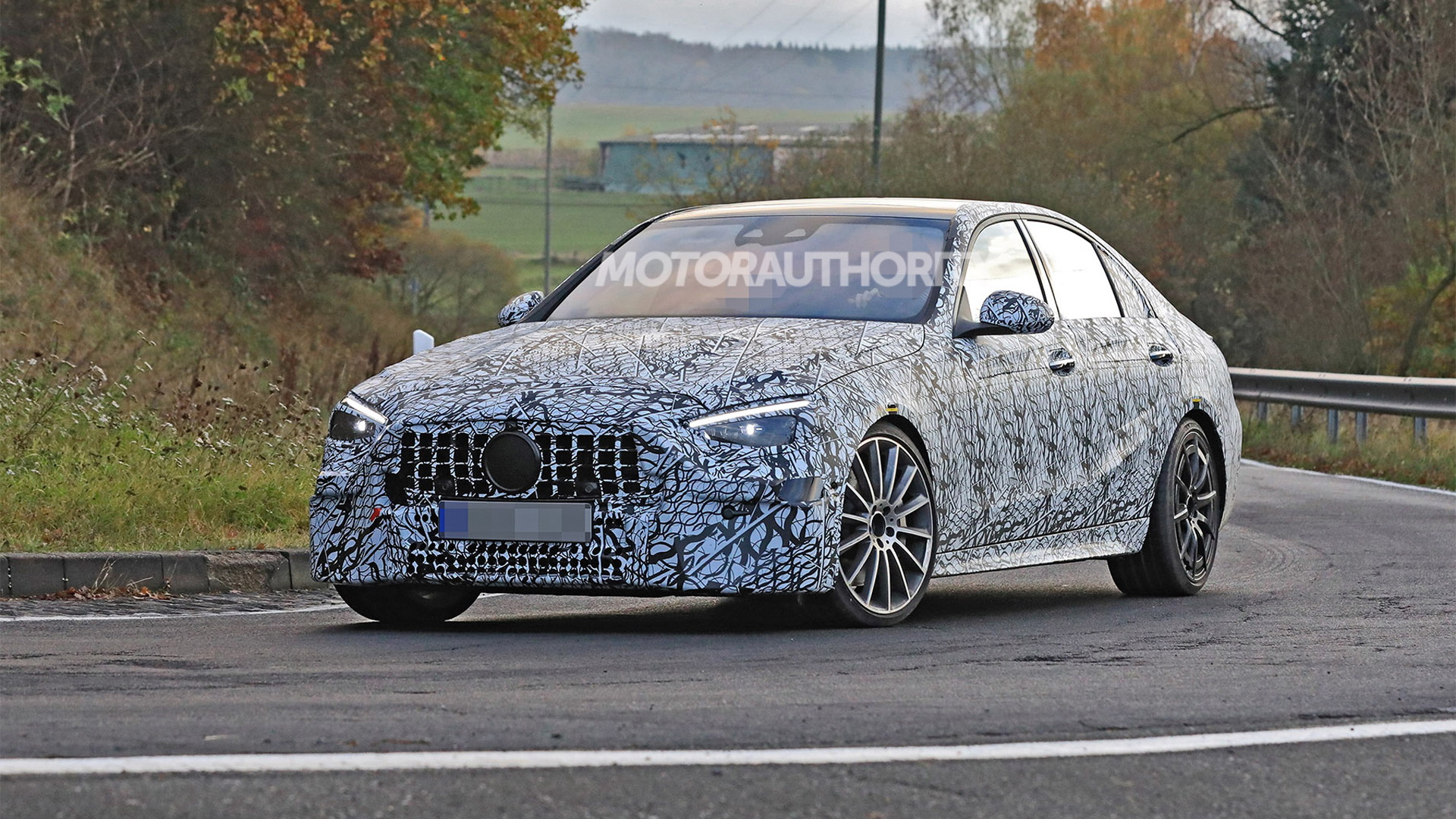 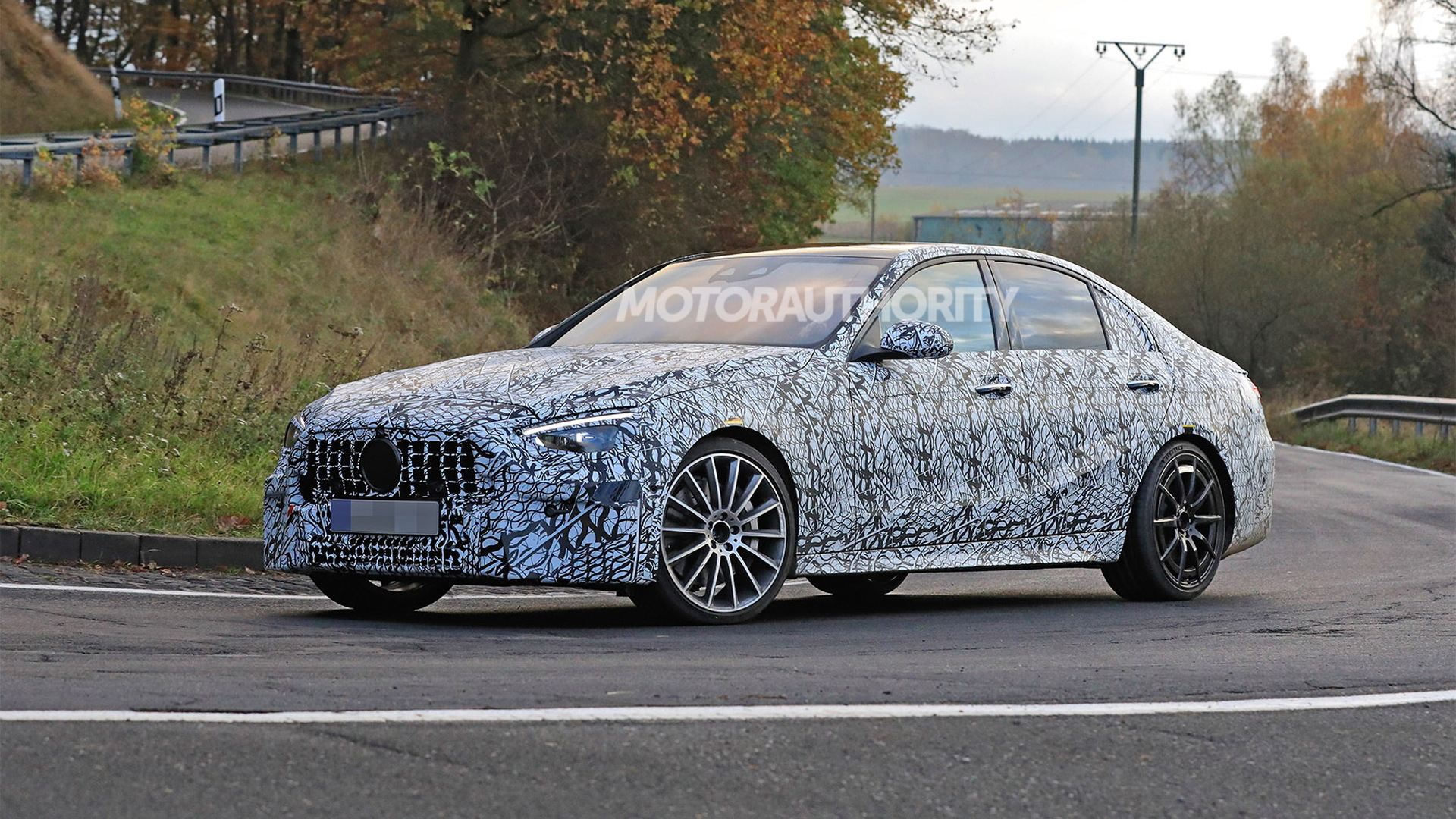 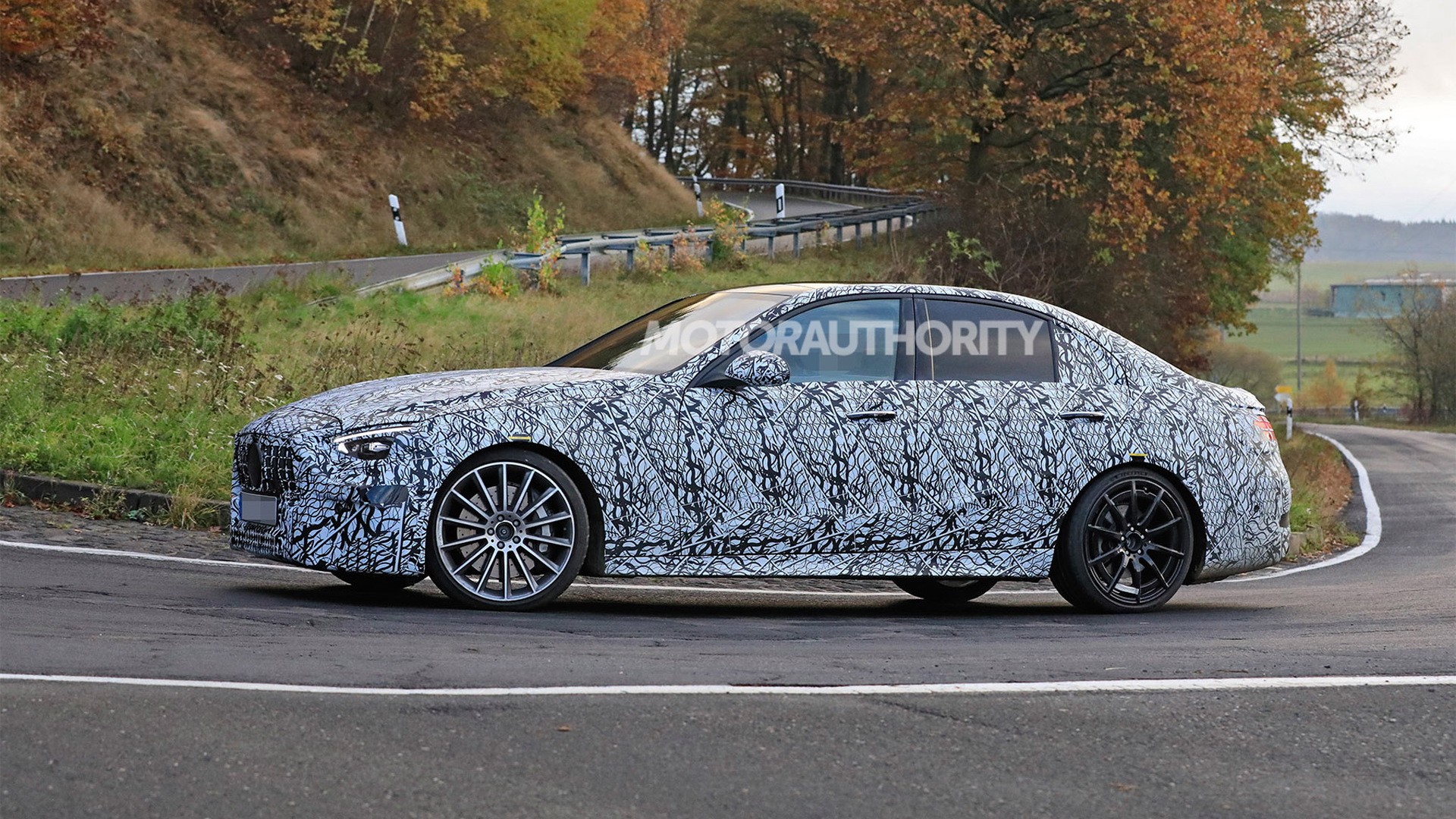 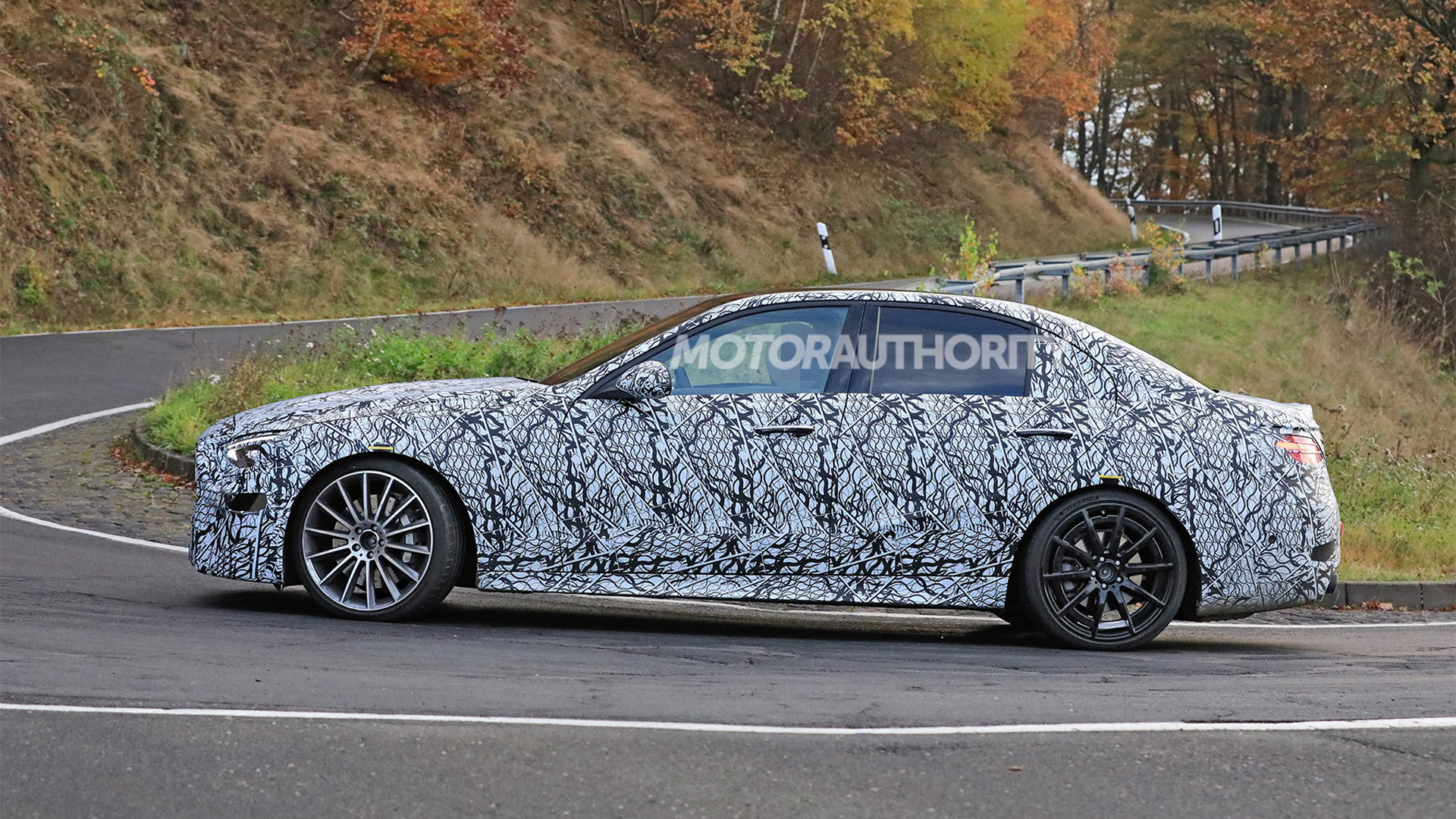 Mercedes-Benz is working on a redesign for its C-Class and once again the nameplate will offer high-performance versions developed by Mercedes-AMG.

This time around a C53 will fill in for the current C43 while a C63 will continue to sit at the top of the range.

Our latest spy shots show a prototype for the new C53. It should debut in 2021 as a 2022 model. The regular C-Class is due around the same time while the new C63 should arrive six months to a year further out.

We know this is the C53 because of the four round exhaust tips at the rear, the Panamericana grille up front, and the large, cross-drilled brake rotors at the front axle. Prototypes for the new C63 have a more aggressive front fascia, square-shaped exhaust tips, and better brakes, possibly even carbon-ceramic rotors.

The C53 should have AMG's 2.0-liter turbocharged inline-4 found in the tuner's compact range. It delivers as much as 416 horsepower at present, eclipsing the current C43's 385 hp.

Also out testing is a prototype for the new C-Class Wagon, though don't expect this body style to reach the United States.