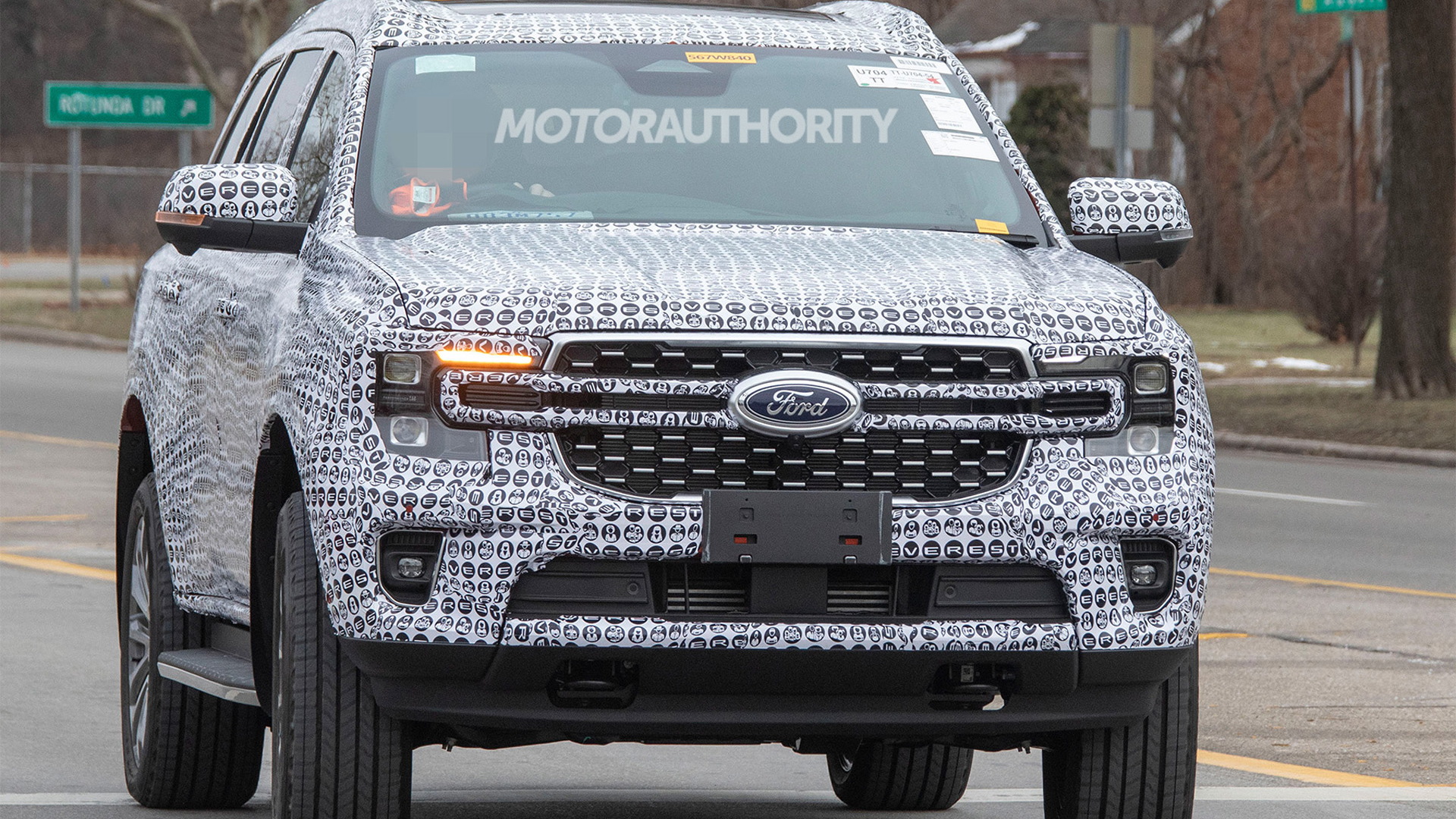 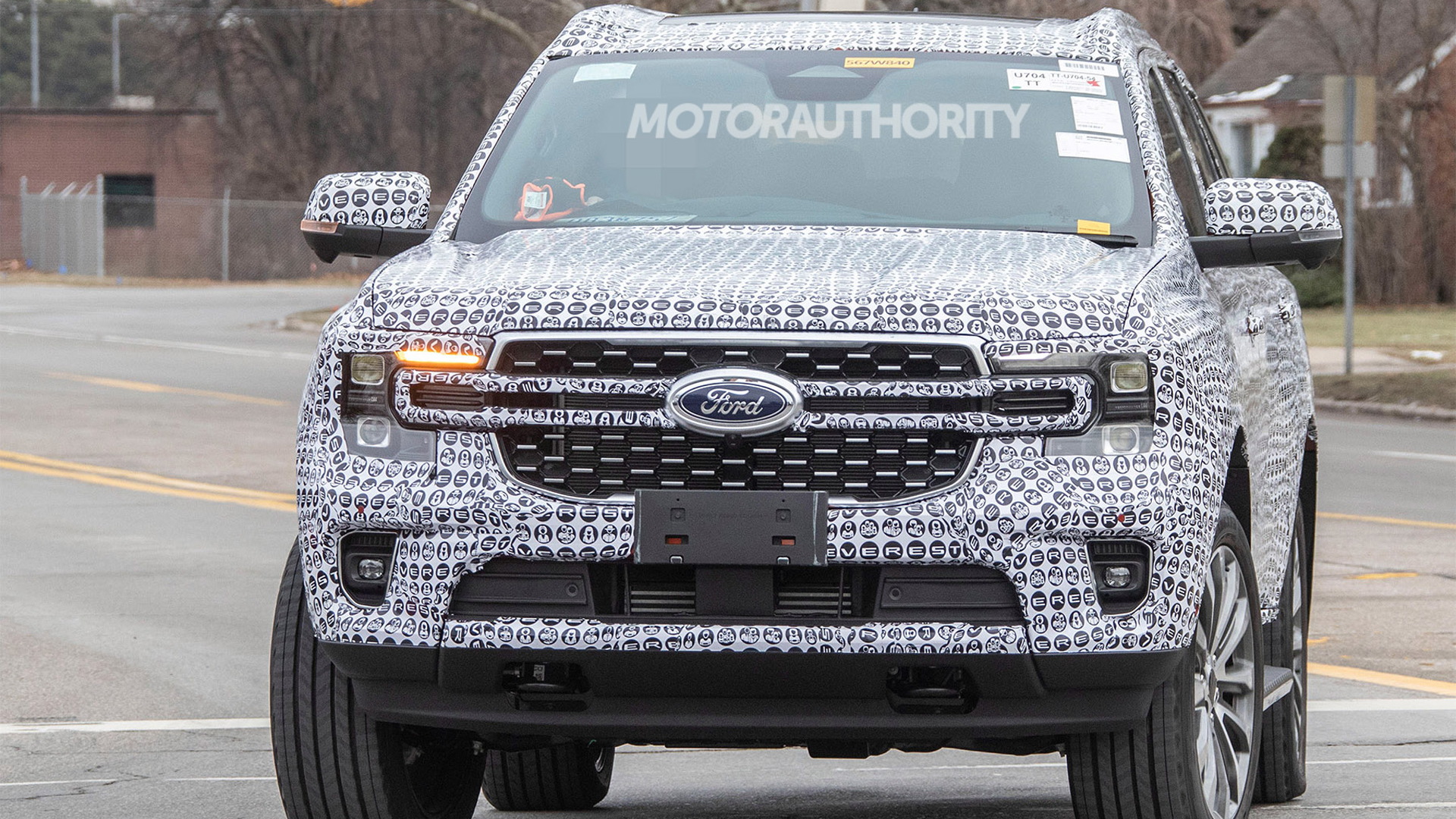 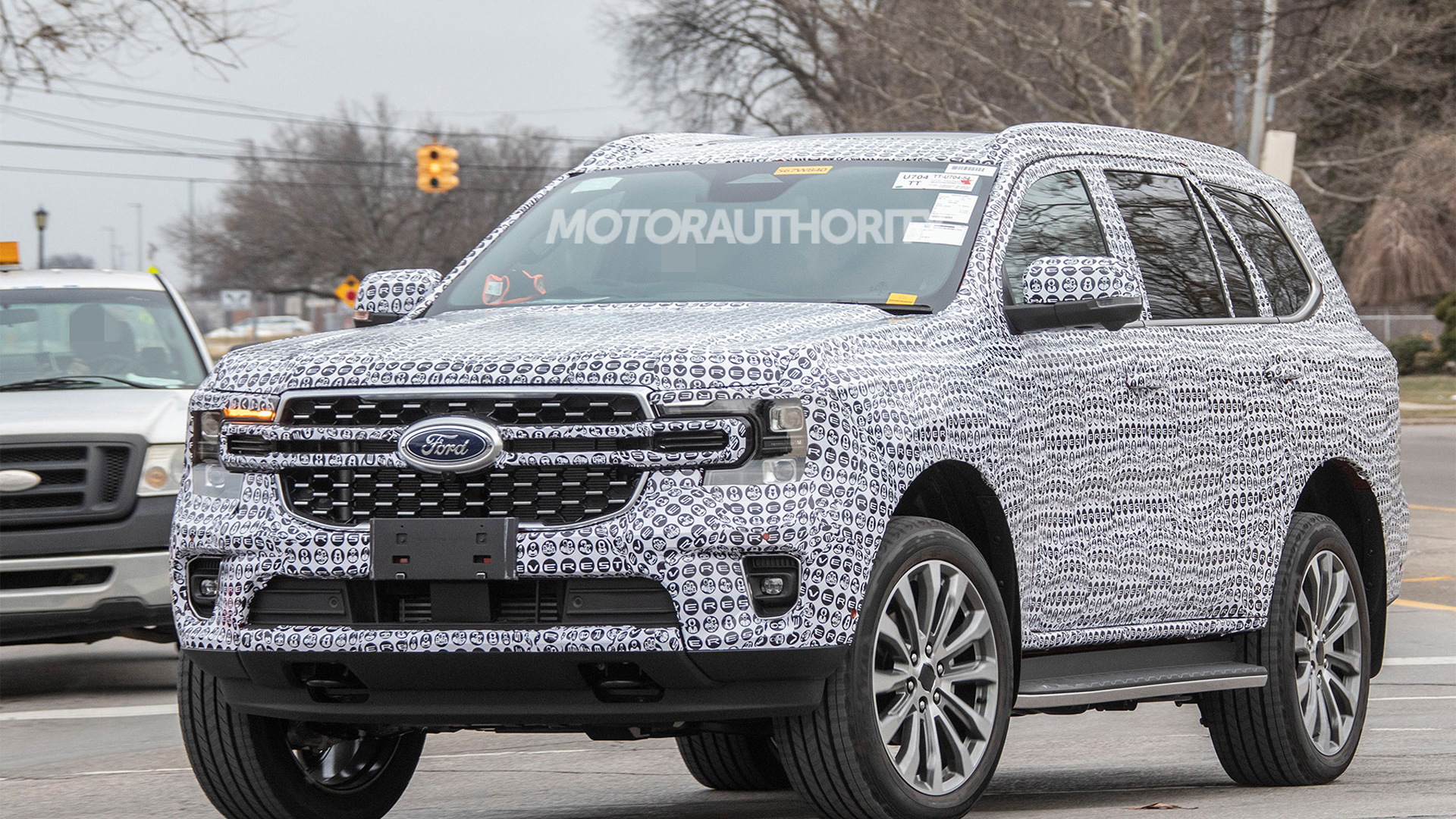 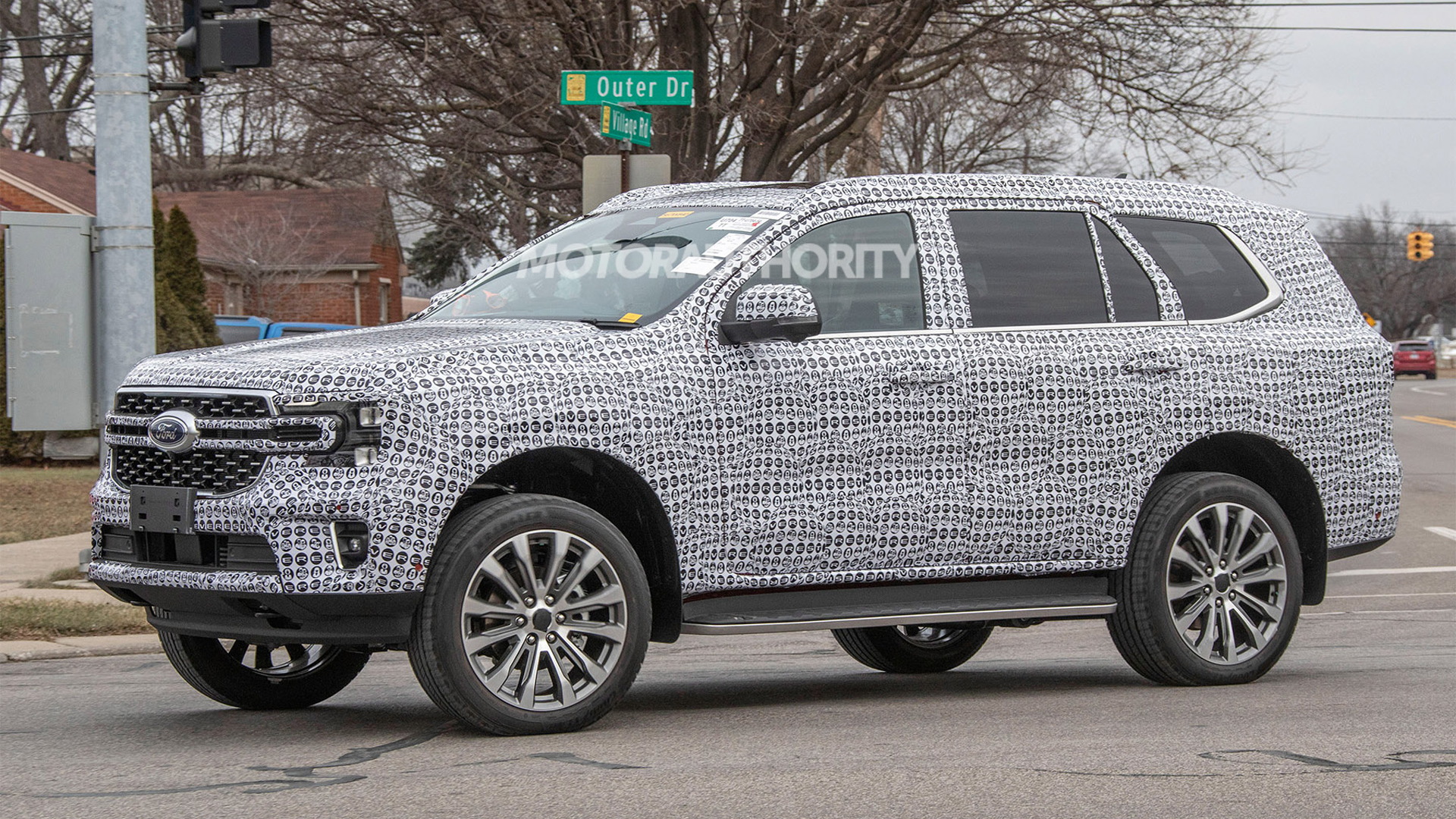 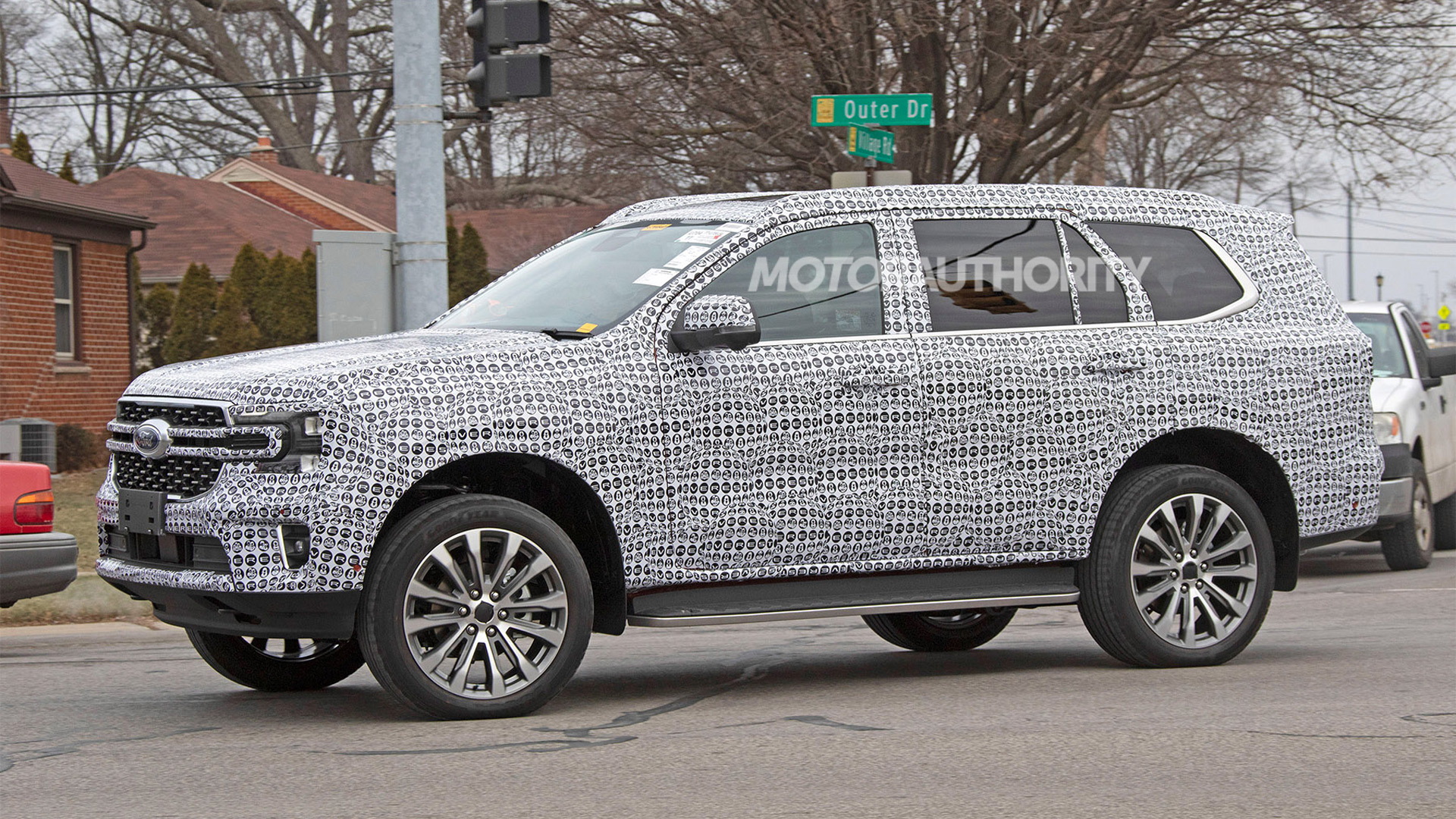 Ford may have just launched the Bronco, but the automaker is working on another SUV sharing the off-roader's T6 body-on-frame platform.

The new SUV is a redesign of the Everest (an Endeavour in some markets), a Ranger-based mid-size SUV with third-row seats sold outside the U.S. The outgoing model has been in production since 2015, and we'll see this new one revealed in the first quarter of 2022.

The new Everest will be a twin under the skin with the redesigned Ranger, the global version of which was revealed last fall. Look for the U.S.-spec Ranger to be revealed shortly as a 2023 model.

Judging by our latest spy shots and the teaser video below, the Everest's front-end styling will be a match with its pickup counterpart.

Expect the interior design to be a match, too. This means a digital instrument cluster and a portrait-style touchscreen (10.1 or 12 inches) in the center stack. A surround-view camera should be available, along with various driver-assist features.

Powertrains should also be shared with the new Ranger. Ford is yet to confirm powertrains for the redesigned pickup truck, though we know there will be turbocharged inline-4 and V-6 options, including diesel options in some markets. We can also expect a 6- or 7-speed manual to be standard and a 10-speed automatic to be available.

A high-performance Ranger Raptor with a twin-turbocharged V-6 has been revealed, and the vehicle's mechanical setup could filter across to a potential Everest Raptor, though Ford is quiet on the matter. A hybrid option is expected in the new Ranger at some point, and this too could potentially be an option for the Everest.

While Everest prototypes have been spotted testing near Ford's headquarters in Dearborn, Michigan, it's doubtful the SUV will be sold locally. It would make a great alternative to the similar Toyota 4Runner, though it may cannibalize sales of the Bronco and even the Explorer. It's more likely that Ford will offer the Everest in markets where the new Bronco isn't available, which at present is pretty much everywhere outside of North America.