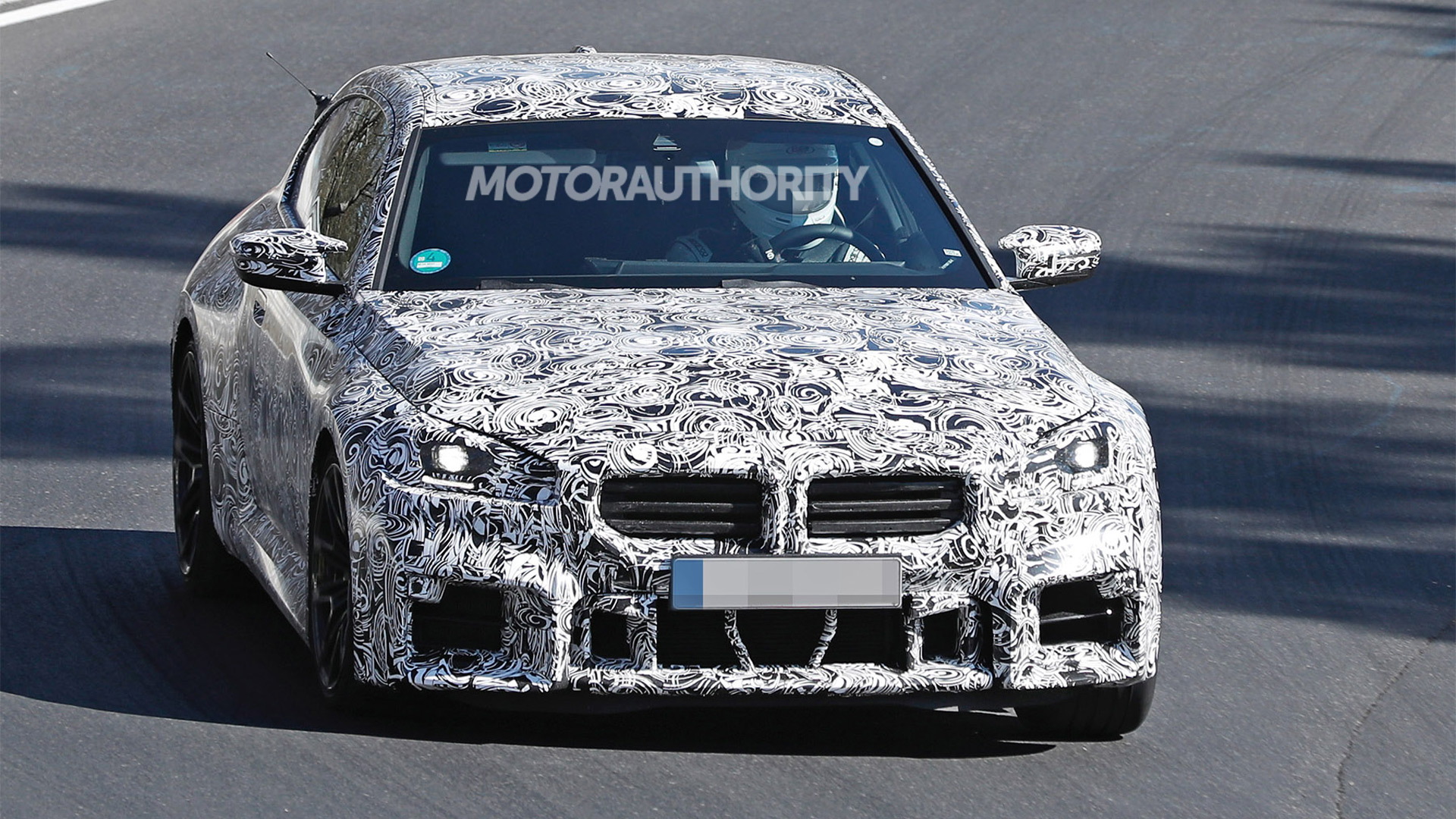 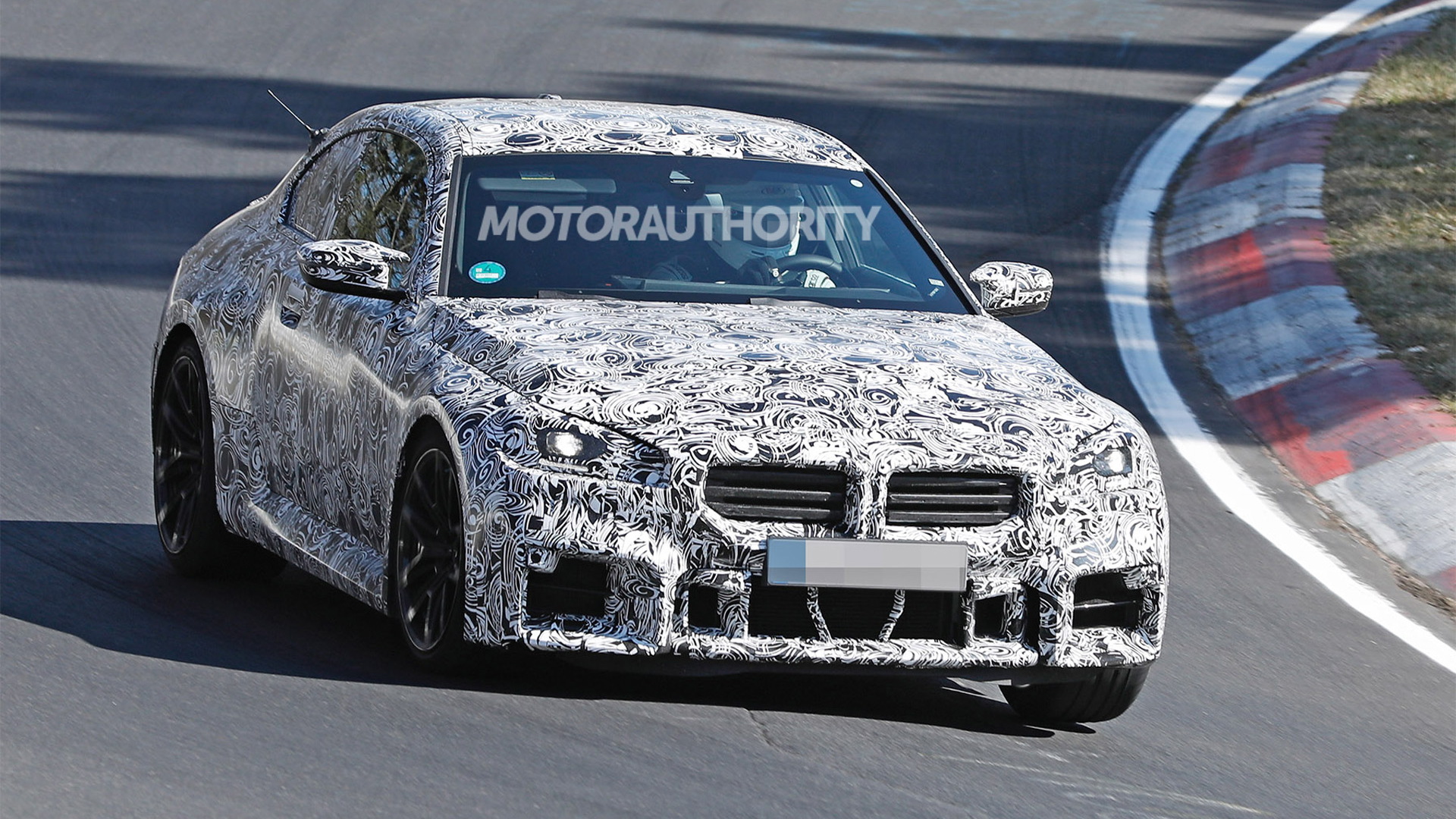 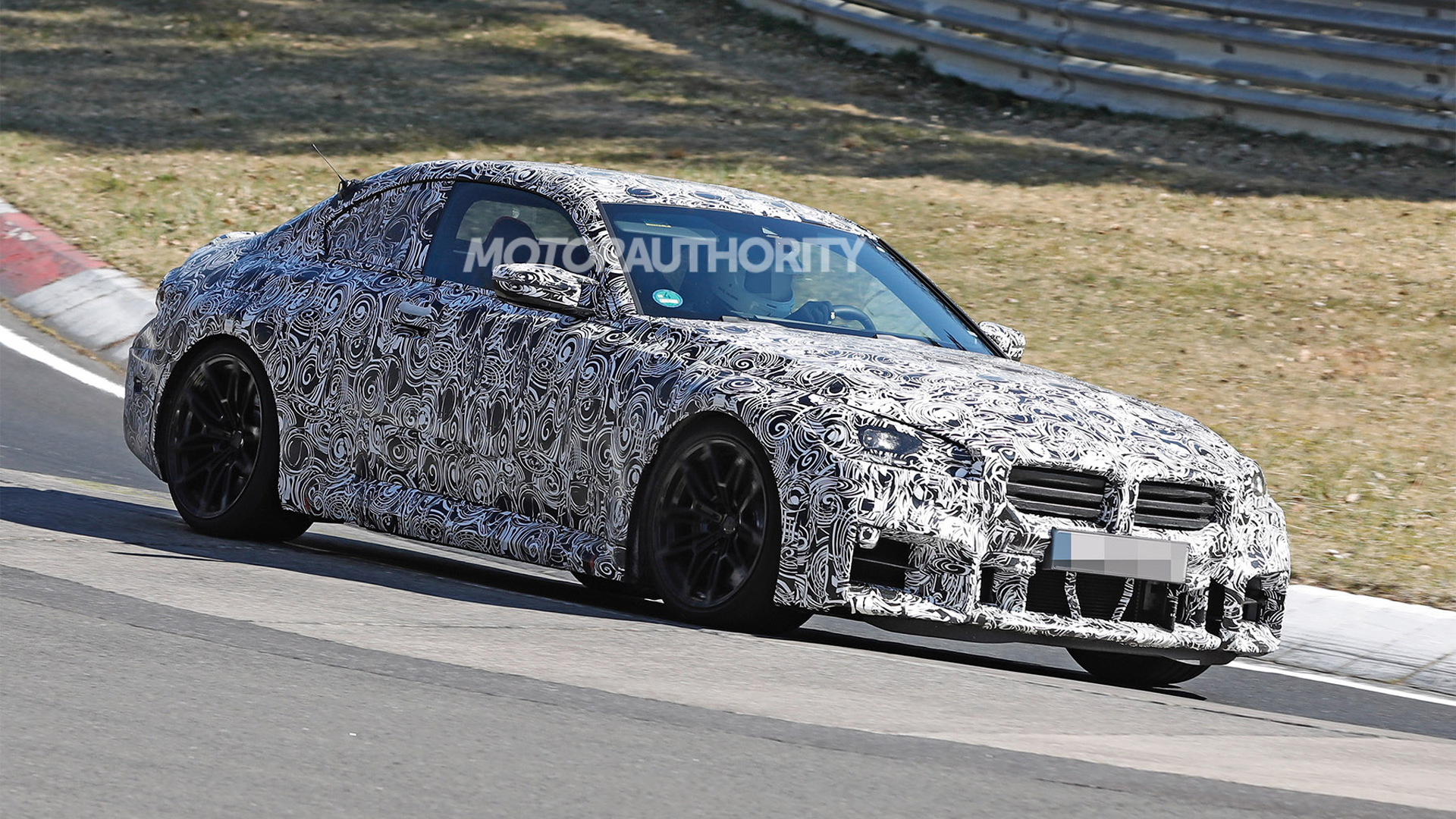 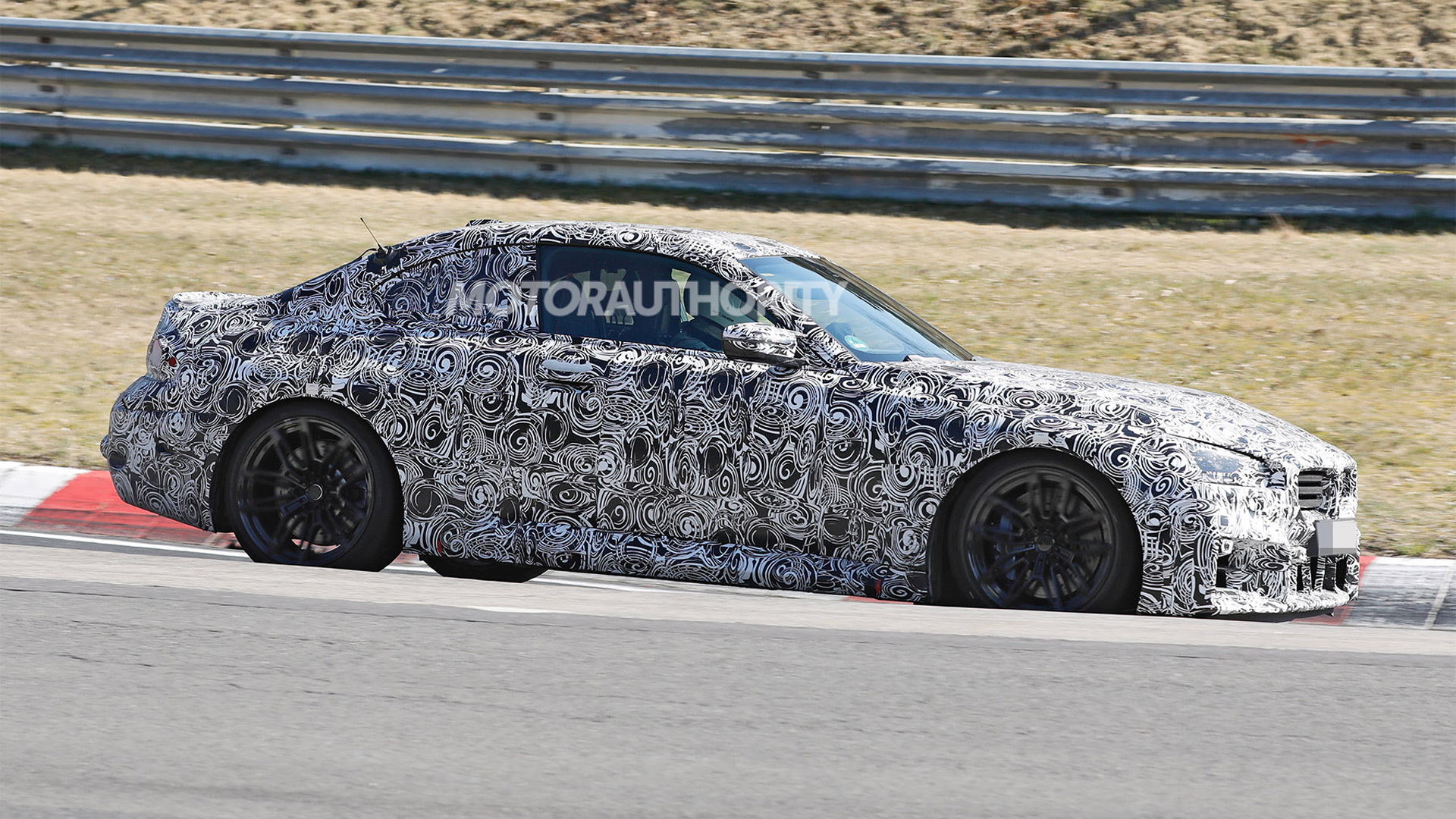 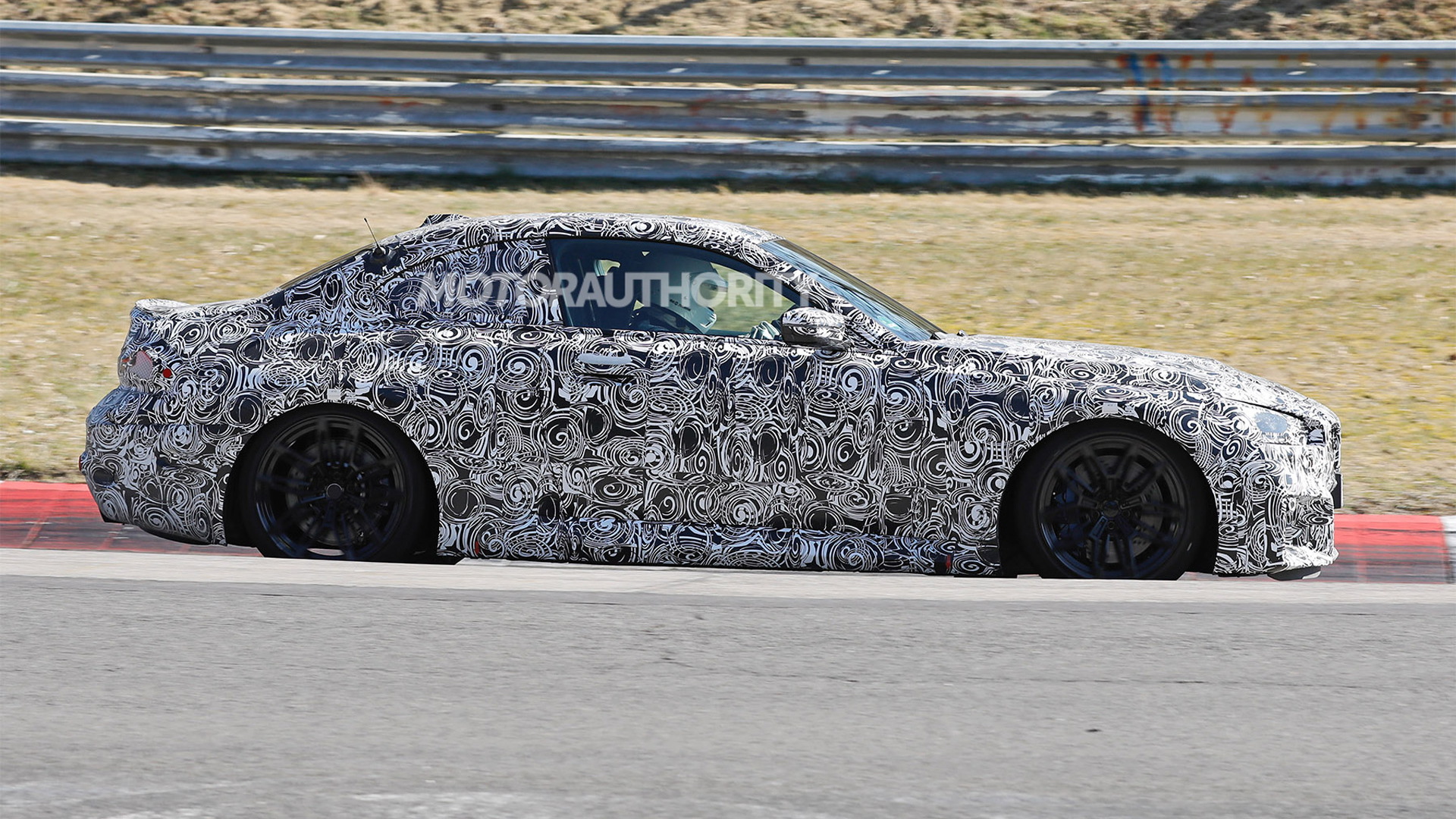 BMW has a new generation of the 2-Series coupe for the 2022 model year, and yes, the car sticks with rear-wheel drive. This means that our favorite 2-Series variant, the M2, won't lose its hardcore edge when it receives its own redesign.

Our latest spy shots and video show a new prototype for the M2 at the Nürburgring, and it's the most revealing yet.

All the signature BMW M styling cues are present on the latest prototype, like the quad-exhaust tips, flared wheel arches, and aerodynamically shaped side mirrors.

The redesigned 2-Series is longer and wider than the car it replaces, and this will carry over to the M2. This should improve stability but weight could be an issue. We also know that torsional stiffness of the body will also be up with the new generation.

Power is expected to come from a detuned version of the 3.0-liter twin-turbocharged inline-6 found in the latest M3 and M4, as well as the X3 M and X4 M. Look for about 400 hp in the new M2, which is up considerably on the 365 hp of the last M2. A spicier M2 Competition should also be available at launch.

Transmission options should include a 6-speed manual and 8-speed automatic. Rear-wheel drive is a given, though we could see all-wheel drive made available in the Competition spec, as is the case for the M3 and M4.

Look for the new M2 to debut later in 2022 as a 2023 model. Production will be handled at BMW's plant in San Luis Potosi, Mexico. It's where the regular 2-Series coupe is being built.

Unfortunately, rumors of an M2 CSL didn't pan out, at least with the outgoing M2. However, an M4 CSL is thought to be coming shortly.

There have also been rumors the front-wheel-drive 2-Series Gran Coupe and related 1-Series hatchback sold overseas will get their own dedicated M models. These are rumored to come with all-wheel drive and peak outputs registering about 400 hp, likely from a 2.0-liter turbocharged inline-4. Former BMW M boss Marcus Flasch said that such cars weren't possible due to the lack of a suitable engine. Given the interest in rival offerings from Audi Sport and Mercedes-Benz AMG, the situation could change, especially with former Audi Sport boss Frank van Meel back in charge of BMW M.