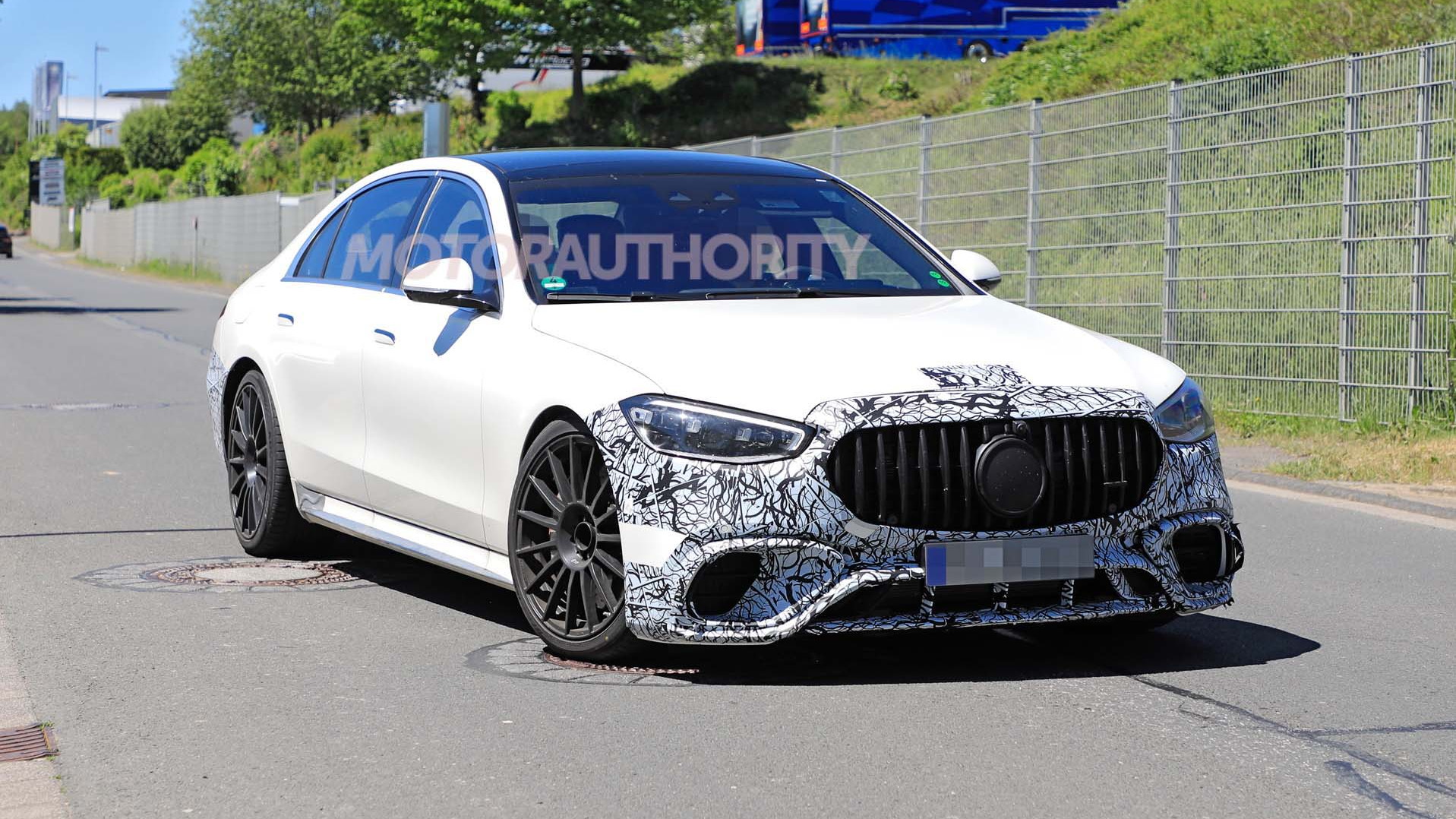 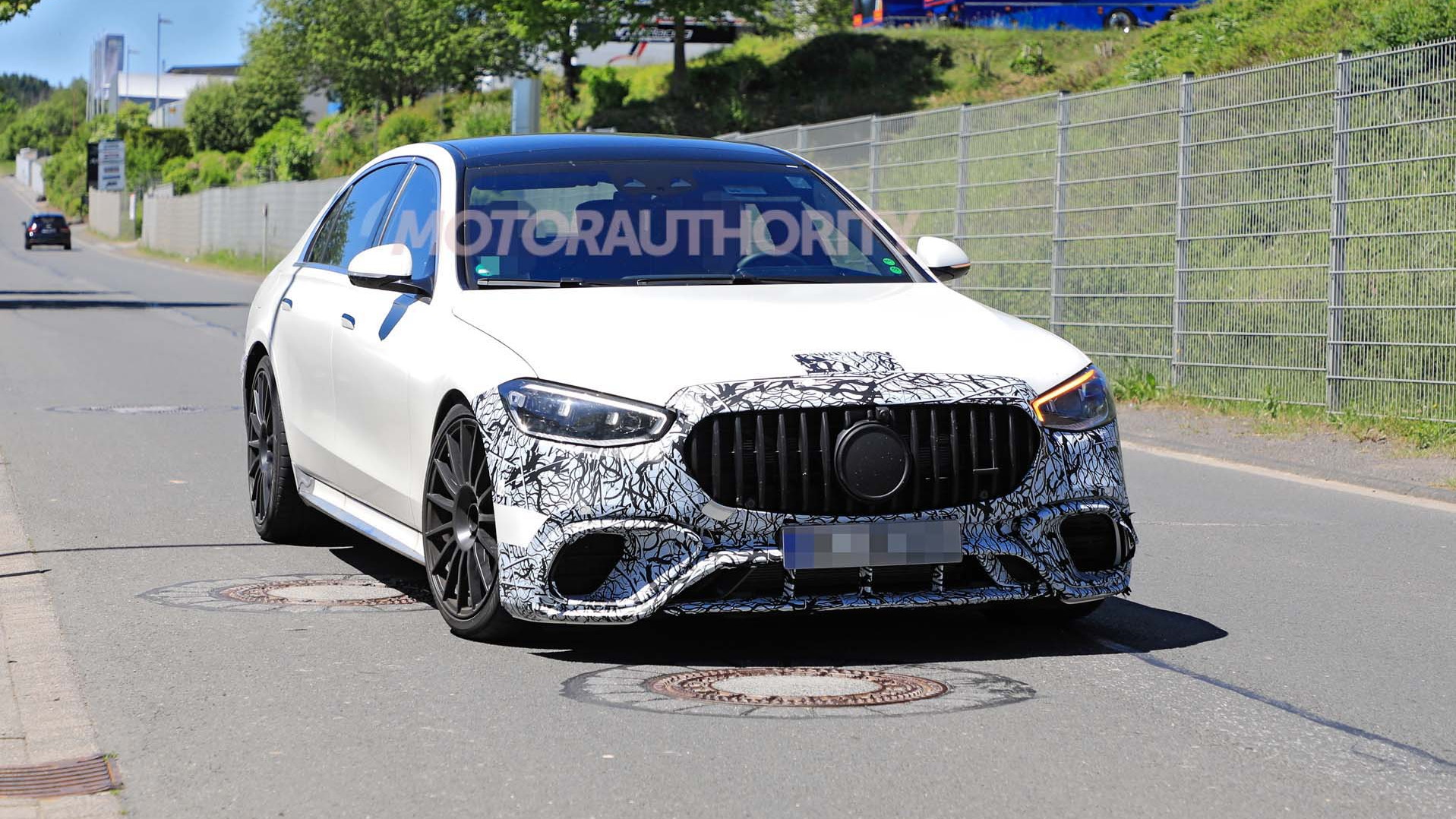 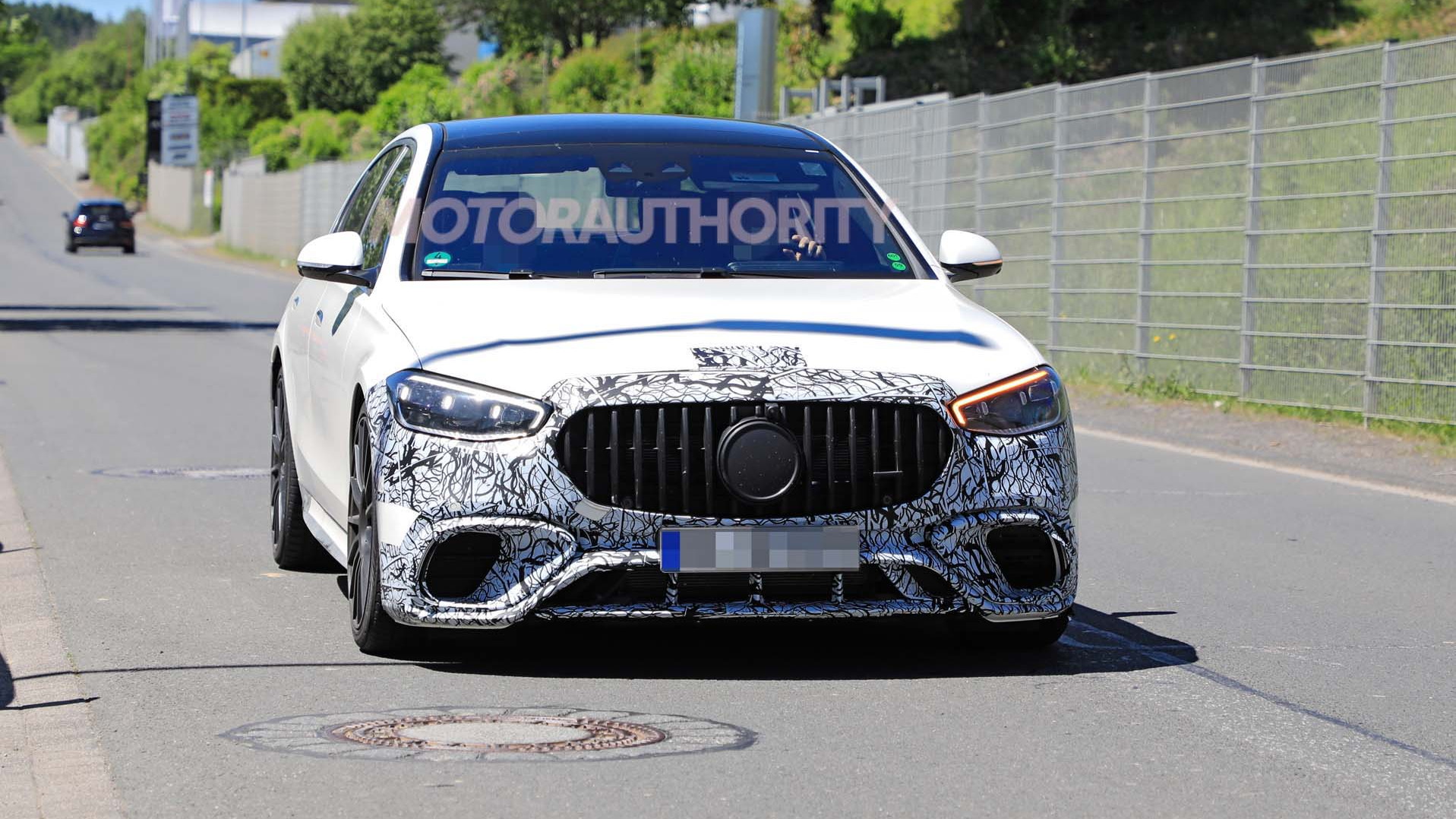 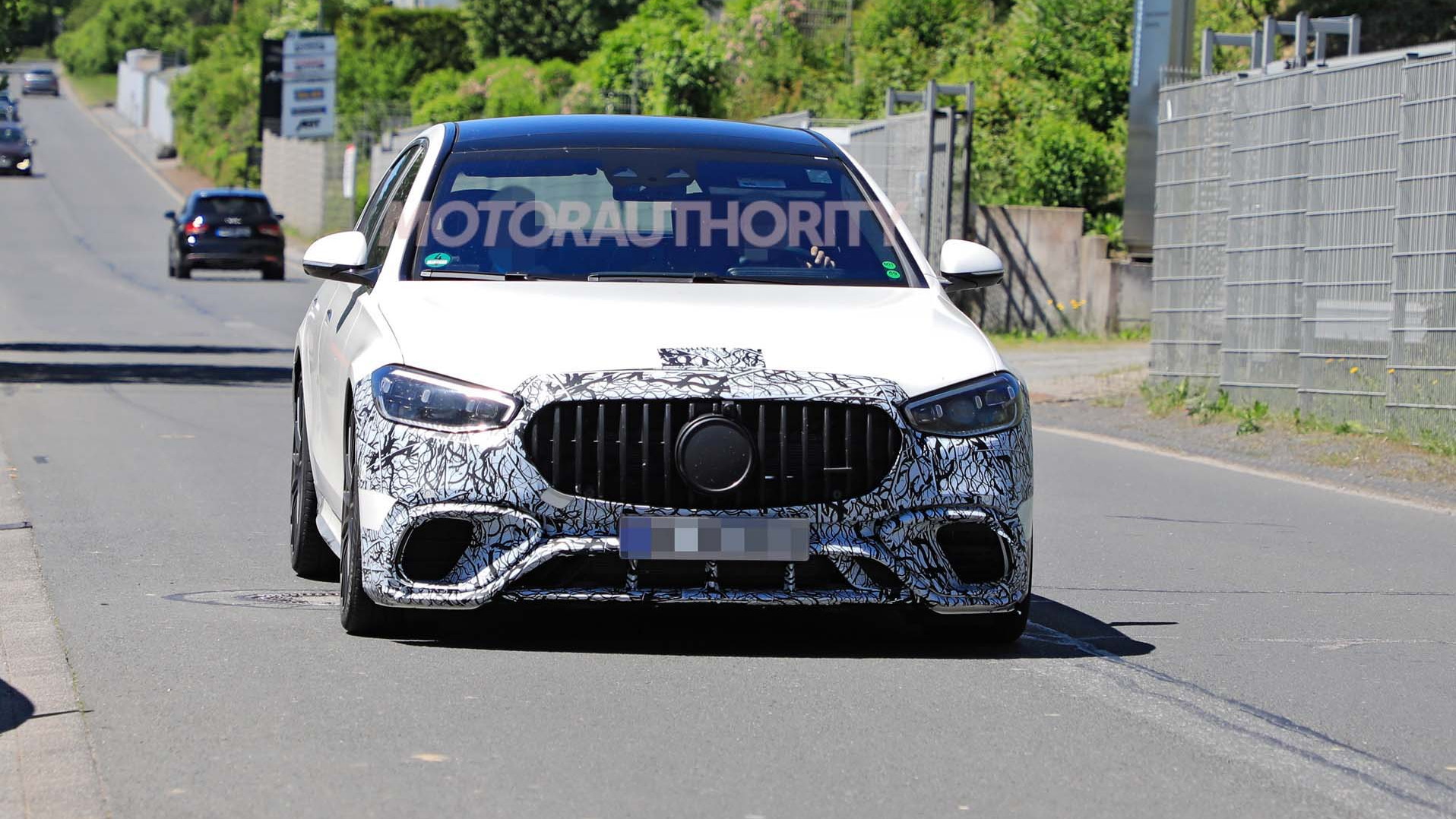 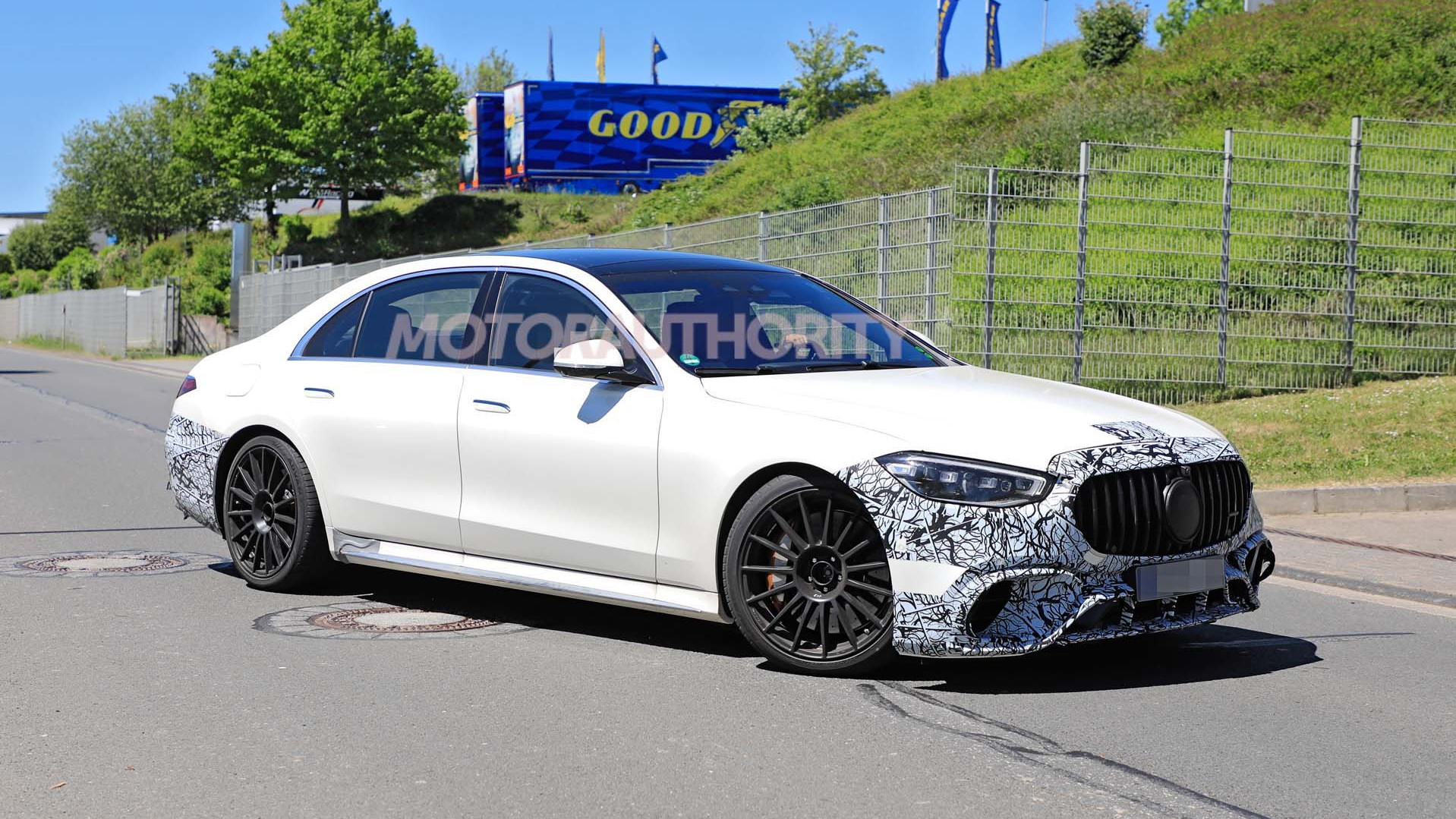 That's because AMG has some major changes pegged for its full-size super sedan, a prototype for which has been spotted again. The tester has all the signature AMG cues like four square-shaped exhaust tips, lowered suspension, and a performance tire and brake package.

This time, though, the S63 will become a plug-in hybrid, most likely badged an S63 E Performance, and it may eventually be joined by a new S63S E Performance replacing the old V-12-powered S65. Crucially, both variants would feature the same V-8-based plug-in hybrid system.

The setup consists of a 4.0-liter twin-turbocharged V-8 up front and an electric motor at the rear axle, with drive going to all four wheels. The setup made its debut in the 2023 AMG GT 63S E Performance 4-Door Coupe, where it delivers a peak 843 hp.

The S63 E Performance should have a version with around 700 hp, with 134 hp coming from the electric motor. The potential S63S E Performance would likely get the full 843 hp, with its electric motor generating 204 hp. The former S63 came with 603 hp while the former S65 came with 621 hp, so we should be looking at a huge step in performance. A pure electric range is also possible with the new plug-in hybrid setup.

There will be a weight penalty due to all the extra hardware, but performance of the new S63 E Performance should match or exceed the outgoing model, with fewer emissions produced. The last S63 can hit 62 mph from rest in just 3.5 seconds and top out at a governed 186 mph (155 mph standard).

While AMG no longer offers a V-12, S-Class buyers seeking the big engine can still opt for it in the latest Maybach S-Class.