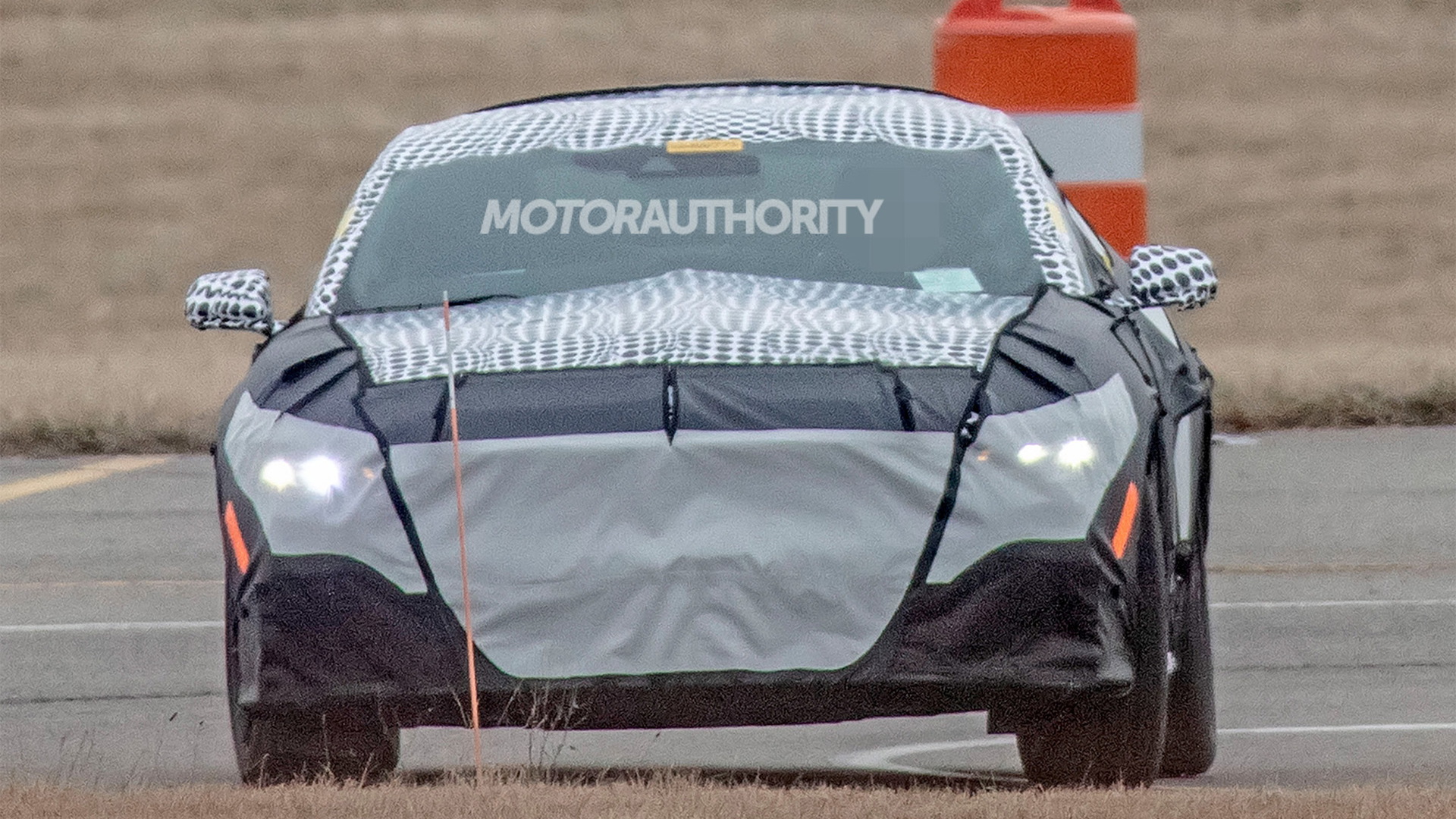 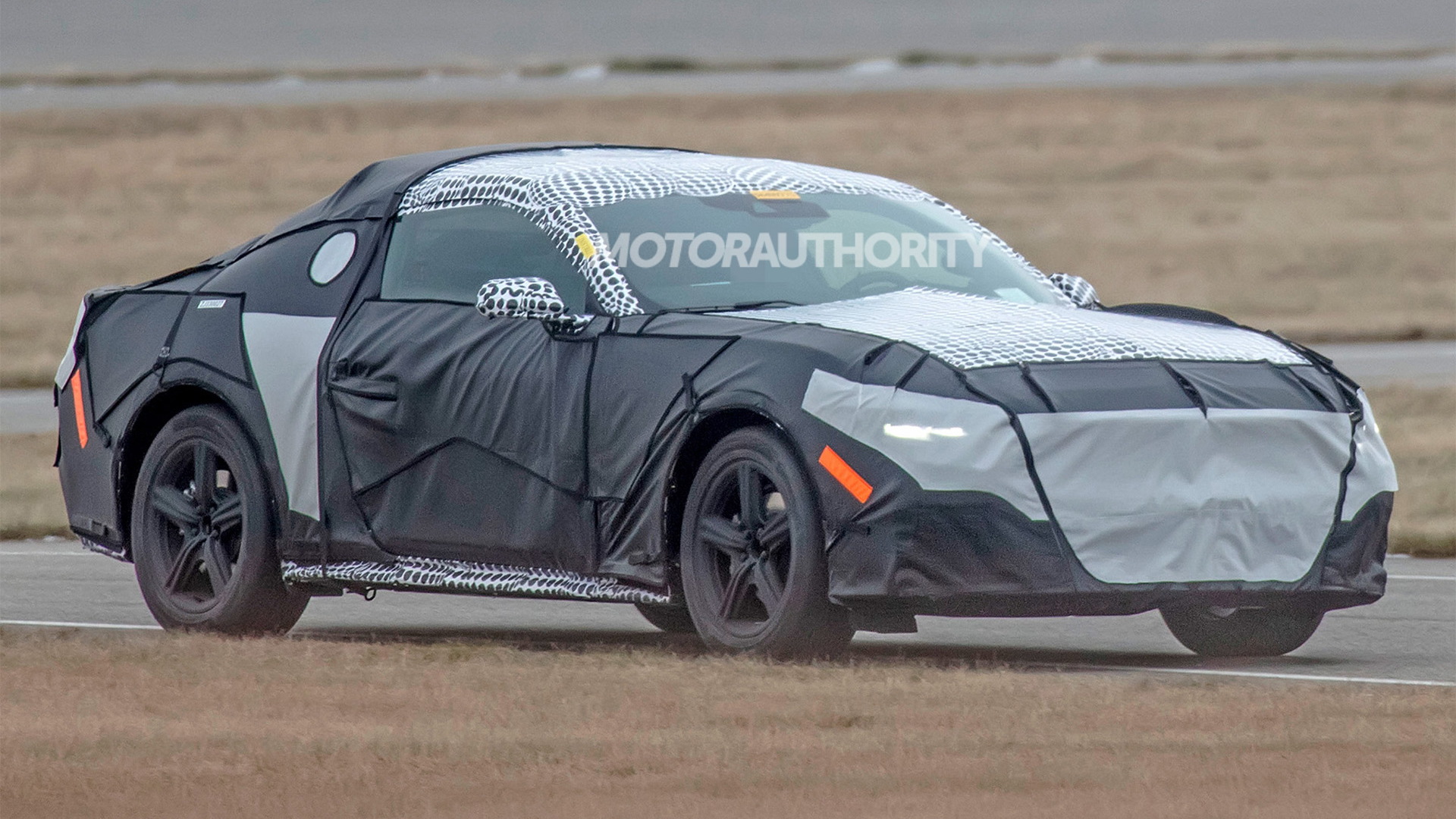 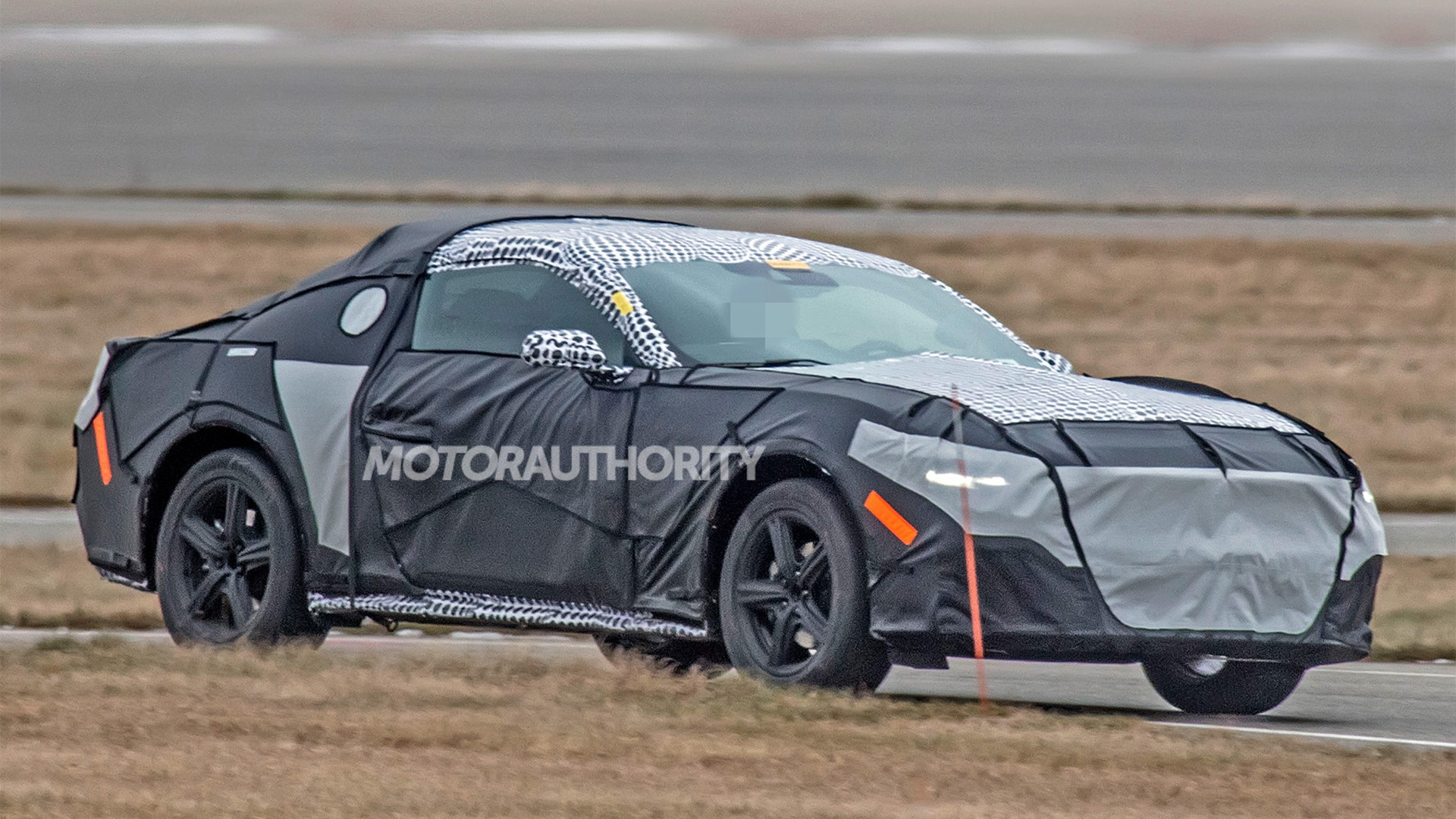 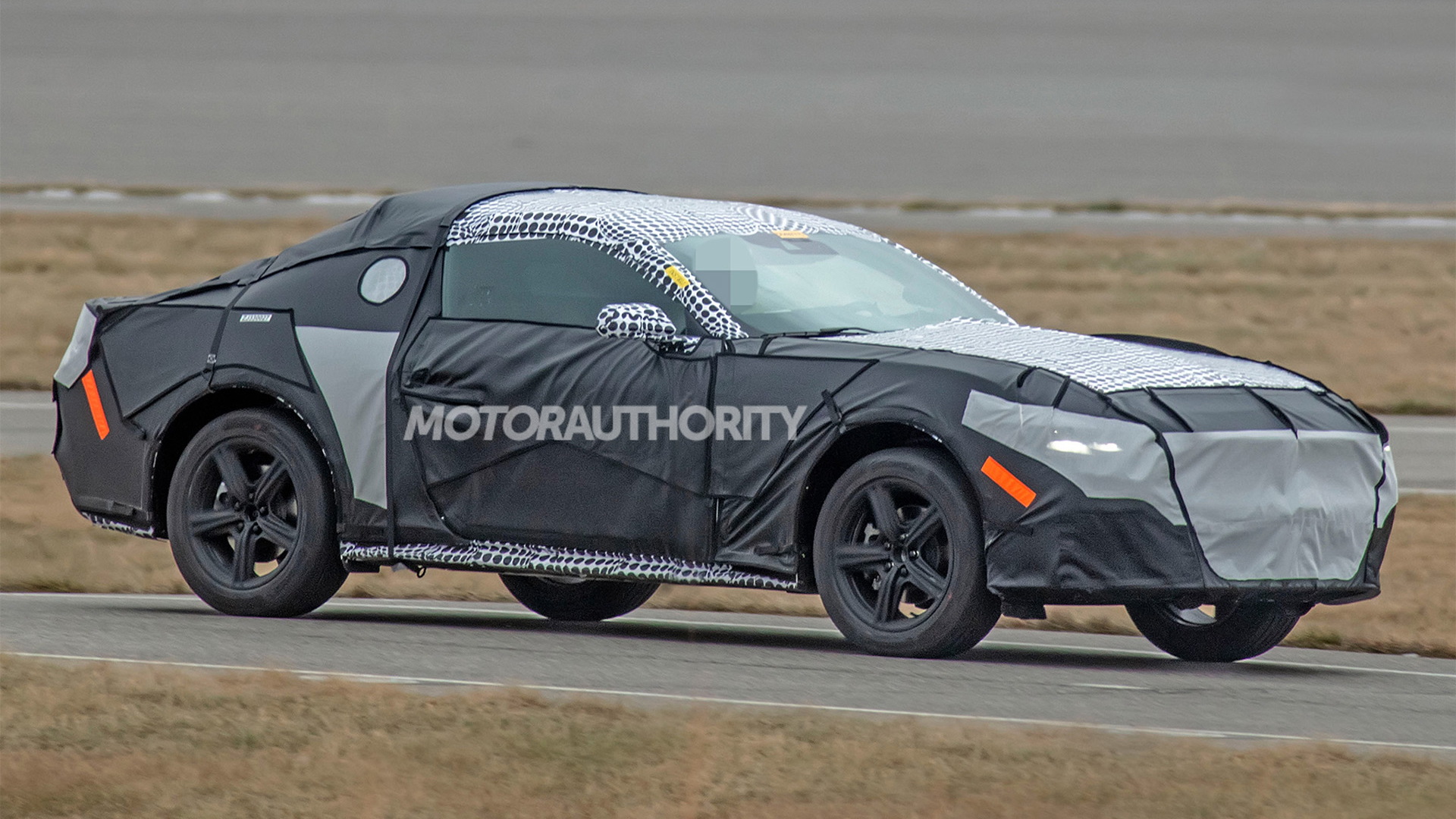 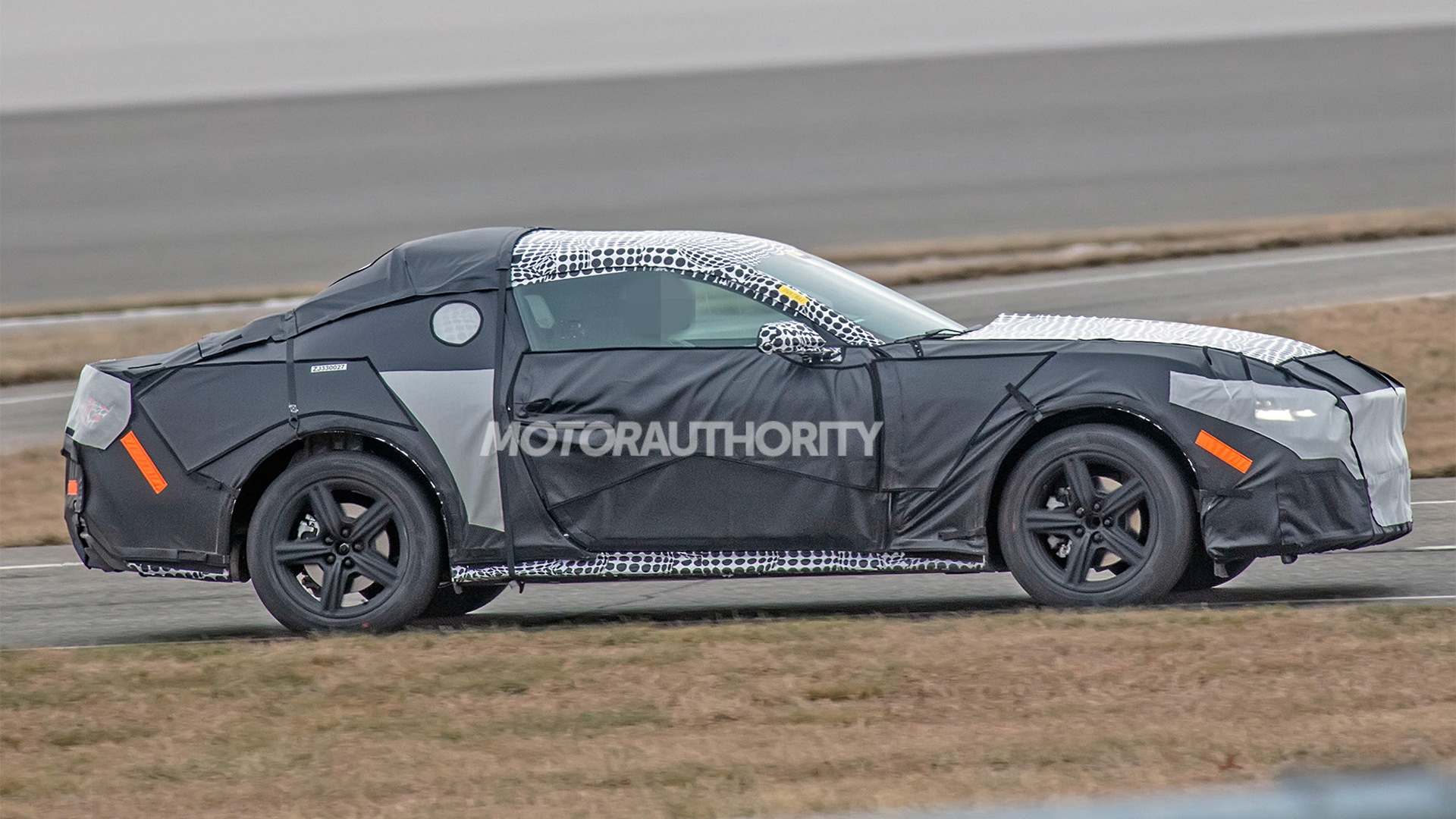 A prototype for the seventh-generation Ford Mustang, the S650, has been spotted again, and this time we have a clear look at the interior.

Previously thought to be arriving in late 2022 as a 2023 model, the car is now expected to arrive midway through 2023, which means we'll likely see it arrive as a 2024 model. Blame supply shortages and other pandemic-related disruptions for the delay.

Although the prototype is heavily camouflaged, we can see that the general styling will be an evolution of the current S550 generation's themes. The profile, the shape of the grille, and vertical taillight elements are all common to the current car. One visible difference is the squinty look of the headlight elements, which points to a sleeker, more modern design up front.

The similarities between the two Mustang generations back up rumors that the redesigned Mustang will be based on the current car's bespoke D2C platform, as opposed to a version of the modular CD6 platform that debuted in the 2020 Ford Explorer and Lincoln Aviator SUVs.

Ford in 2018 announced its future lineup would migrate to five highly modular platforms, meaning there'd be no room for bespoke platforms like the D2C, though now it seems that Ford will wait until the eighth-generation Mustang, the S650's successor, to finally drop the D2C platform and possibly adopt electric power for the muscle car. That transition will likely happen later this decade.

There are rumors that there could be an electric motor at each axle to form an all-wheel-drive system. There's also expected to be enough battery capacity for a small electric range. Hopefully weight isn't an issue because the current Mustang GT with a manual transmission already weighs a hefty 3,743 pounds.

The current 2.3-liter turbocharged inline-4 should remain as the entry-level powertrain option.

Looking inside, it appears that the redesigned Mustang will ditch the current model's retro dash design in favor of a more streamlined, more modern design. There's a large digital instrument cluster and this is connected via a single panel with a second screen serving as the infotainment hub. Fortunately it looks like there will be plenty of physical controls present.

The Mustang's redesign can't come soon enough as U.S. sales dropped to 52,414 units in 2021, which was down 14.2% on the previous year and the lowest level in the nameplate's history. However, that was also partially due to disruptions and some buyers likely switching to the Mustang Mach-E.